Can Kerry get revenge against Hernandez for stealing the American title from his brother Mike? How will Adams fare against a Pretty Young Thing? And who will join me for this icy episode? 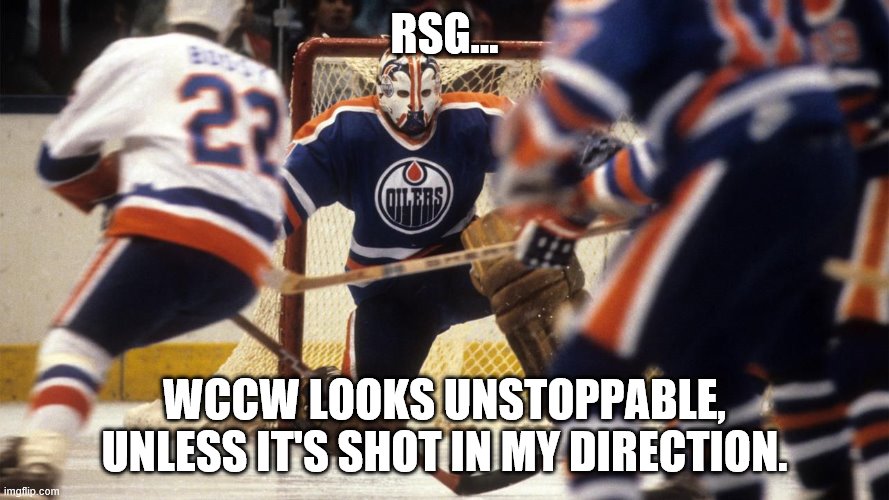 Grant Fuhr! What an honor to have such a fantastic goalie! By the way, do you know Jason Voorhees?

Prior to the first match, we revisit the 07/07 episode when Killer Khan destroyed Chic Donovan’s left knee.

Summary: Ware’s preoccupation with Hart costs him dearly, as the Adams-Hart partnership begins to flourish.

Following a commercial break, Lowrance interviews “Iceman” King Parsons and “Sweet Brown Sugar” Skip Young from the locker room. They’ll tag up to face the Pretty Young Things. Afterward, Kerry joins Lowrance to discuss Hernandez’s heist of the American title and has a never-say-die attitude regarding the six-man tag titles. 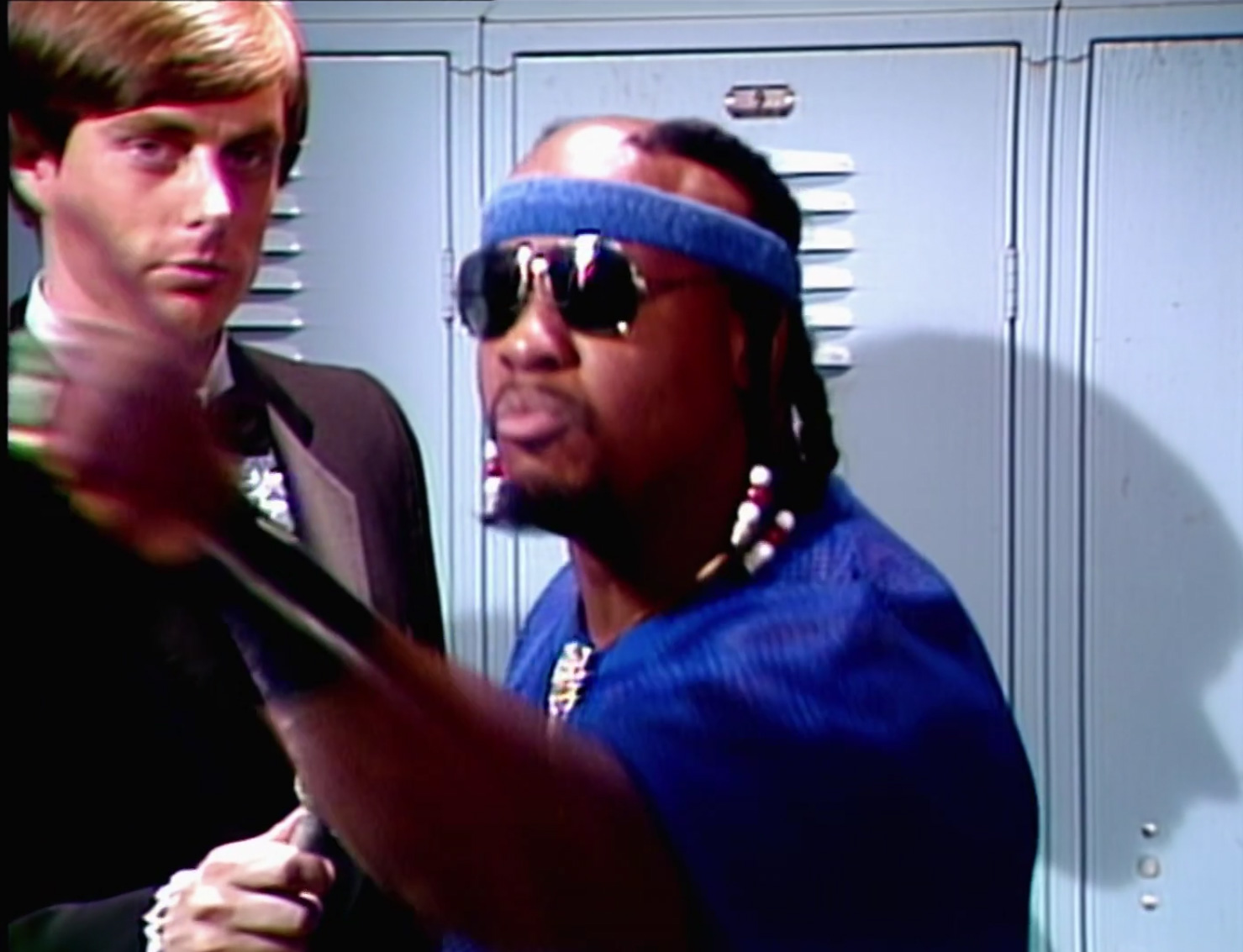 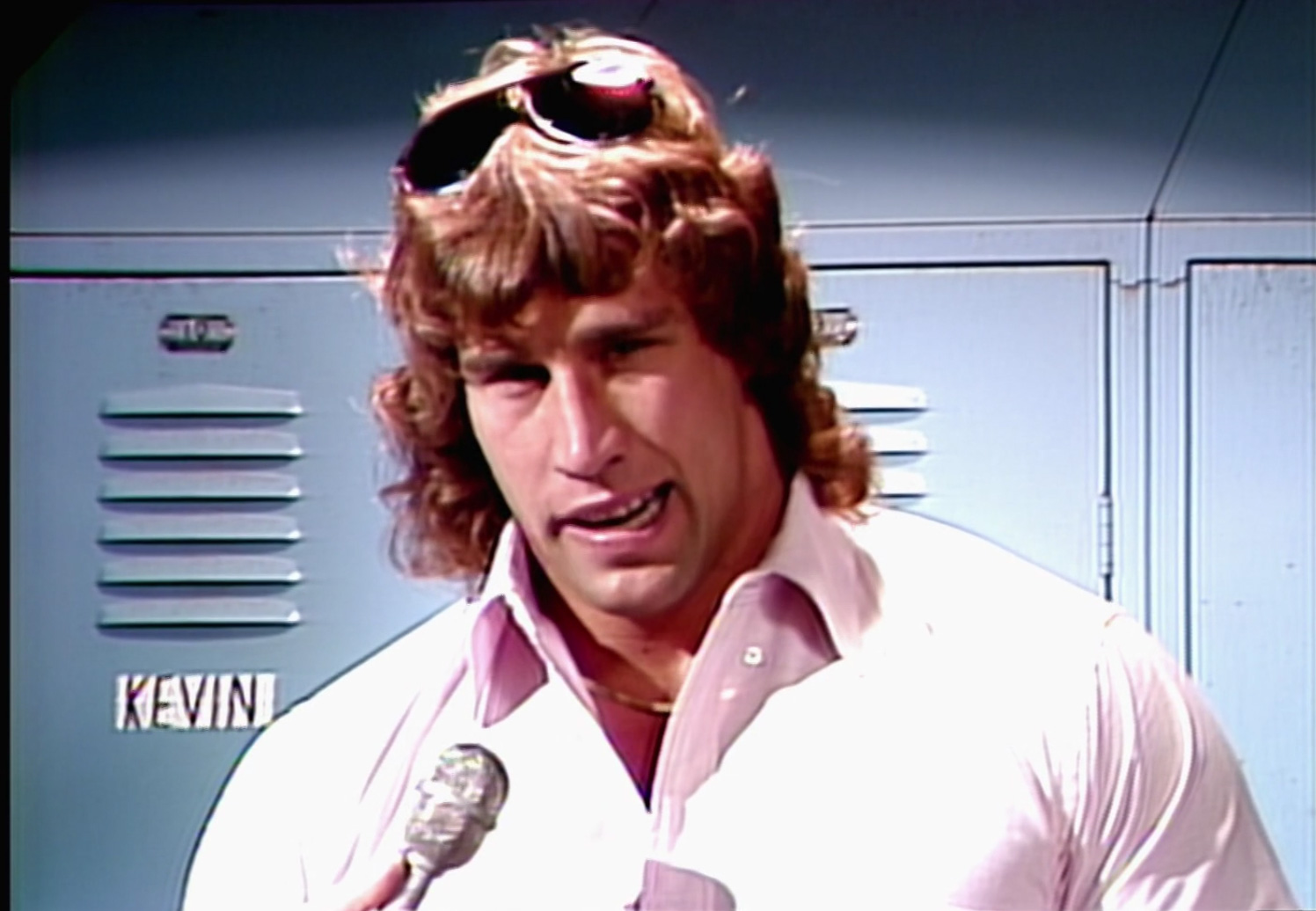 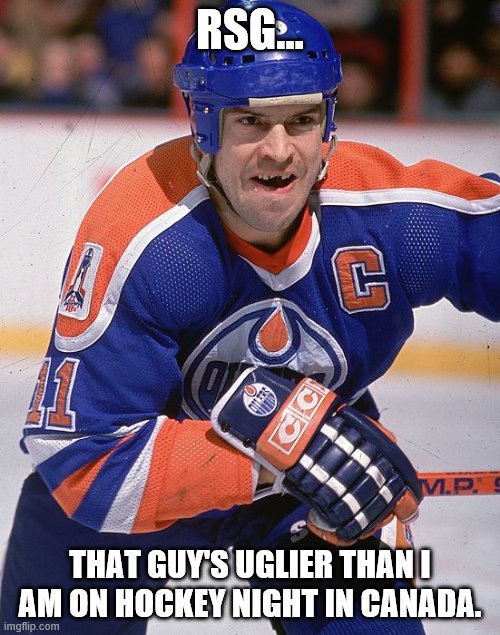 C’mon, Mark, let’s be nice and not petty toward the mentally bereft.

From the parking lot, Lowrance interviews Hernandez who arrives in a white Chevrolet Corvette with Andrea (a.k.a. Nickla Roberts). Hernadez is exuberant and extremely confident now that he’s champion again and Andrea’s in his corner to protect him. They then cut a promo on Stella Mae French. 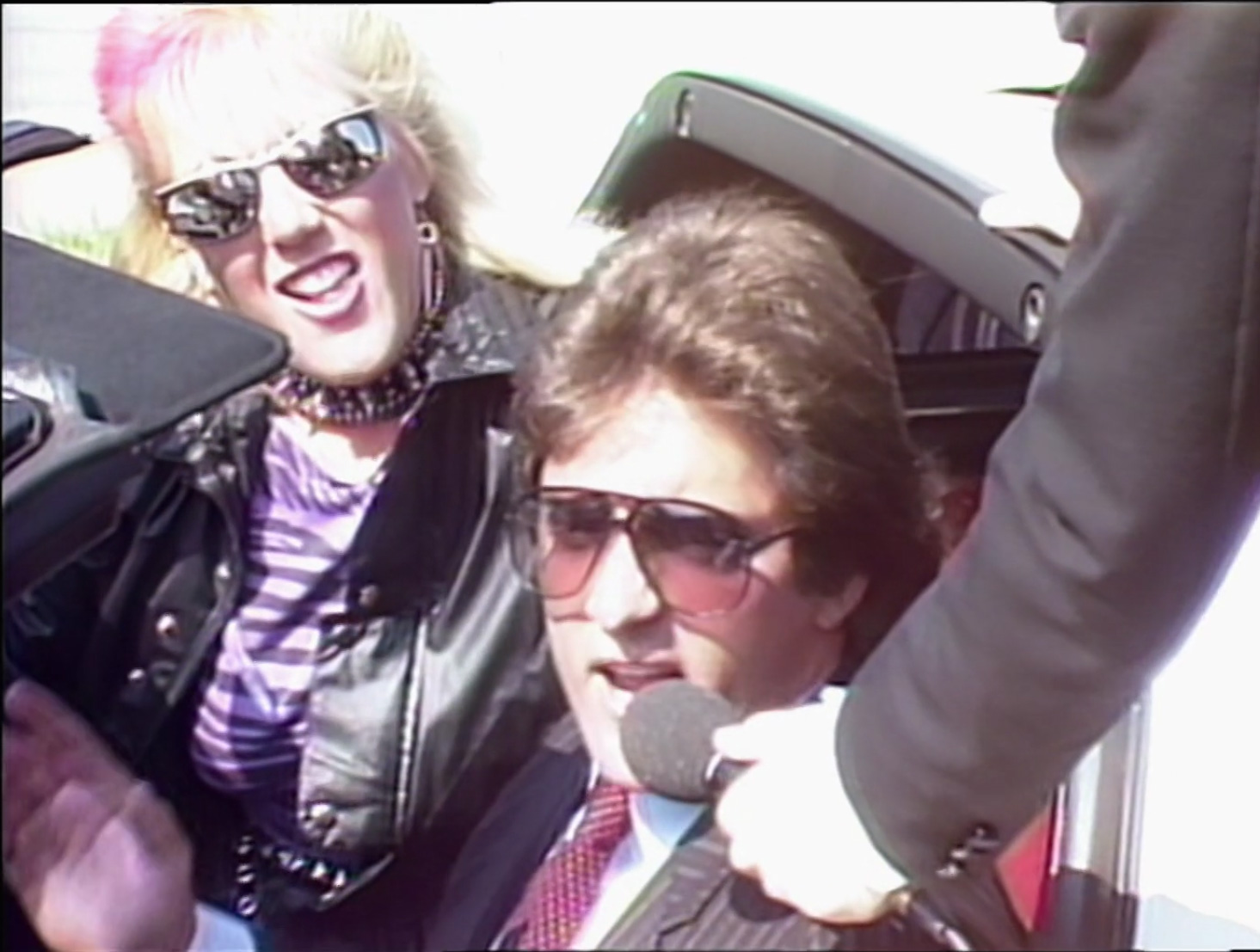 Summary: The dynamic between French and Andrea sends the Dallas faithful into a frenzy, so that may alleviate the temporary attendance blip. Also, Hernandez makes Kerry look good with chain wrestling in this match. I wouldn’t mind a rematch soon.

After the match, both French and Andrea are in the ring, and Hernandez hooks a full nelson on French. How dastardly! Kerry saves French by hammering Hernandez yet restrains French from chasing after Andrea.

Conclusion: Well, Kerry can’t get the better of Hernandez, but French versus Andrea should sell a serious amount of tickets. Parsons and Young will join forces in their quest to take down the Pretty Young Things. Lastly, Adams and Hart are building solid momentum. But where does it lead? Any idea, Wayne? 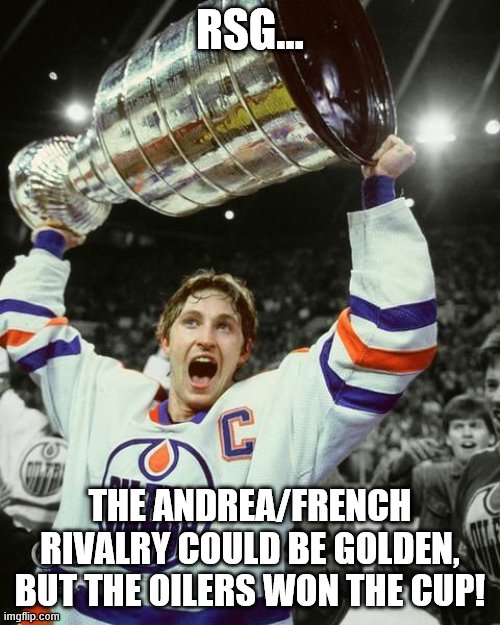 Can’t fault your enthusiasm there, Wayne. Your championship could grow legs and become a dynasty.