What will happen when Kevin and Kerry battle Adams and Hernandez in a lumberjack match? Who makes his WCCW TV debut tonight? And who will join me for this relatable episode? 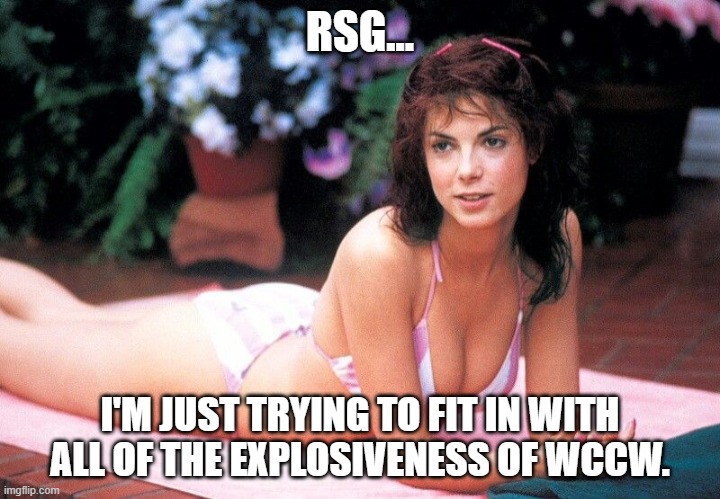 Terry! Great to have you for this reflection. WCCW aims to please both kids and adults, so you should be able to connect with the product whether you’re a man or a woman.

Prior to the opening match, we revisit the 12/08/84 episode when the Fantastics retained the American tag titles against the Pretty Young Things.

At the gym, Mercer interviews Brian Adias and Kerry. While Adias is prepared to do his part in tonight’s main event, Kerry’s happy that his longtime friend will be there to have his back. 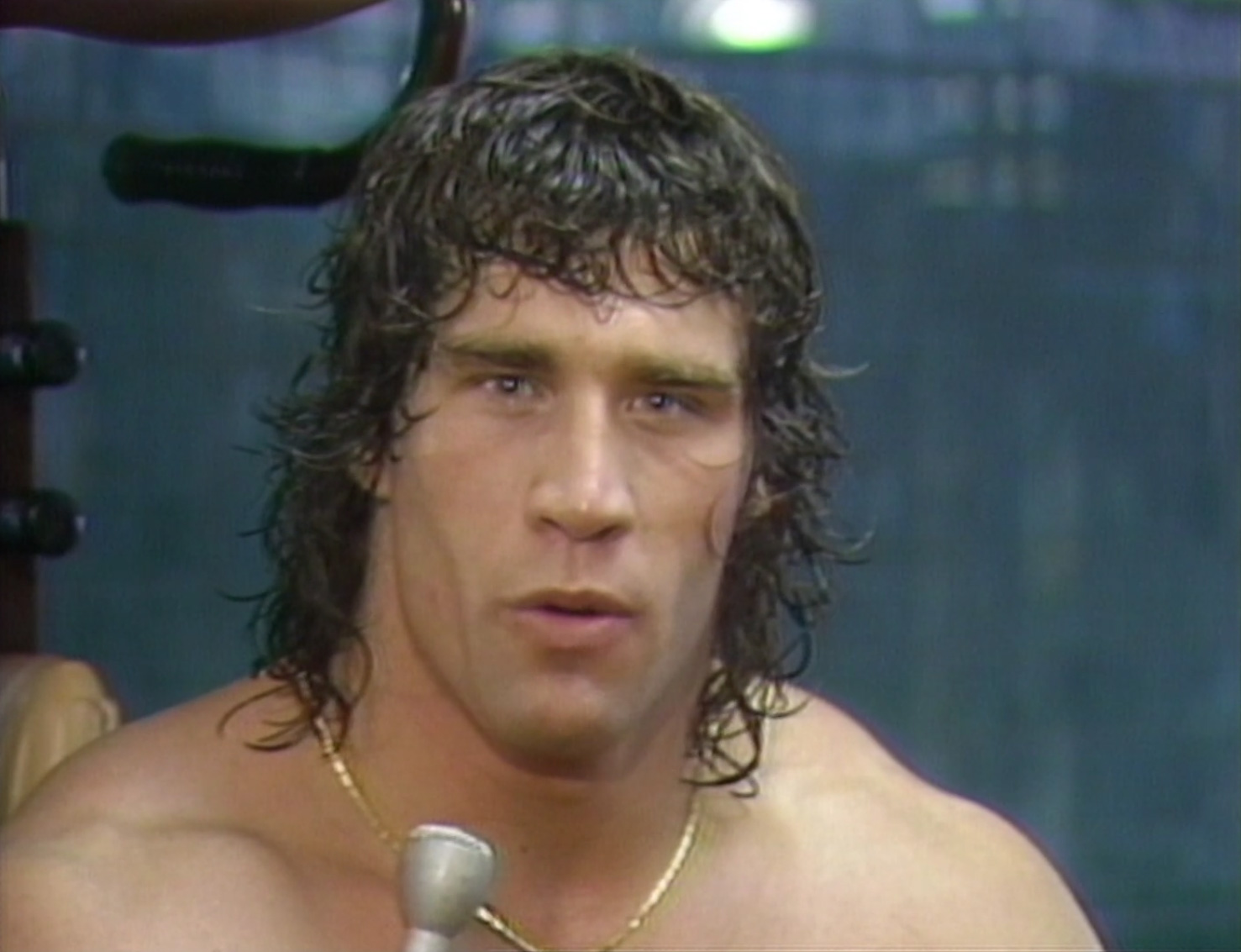 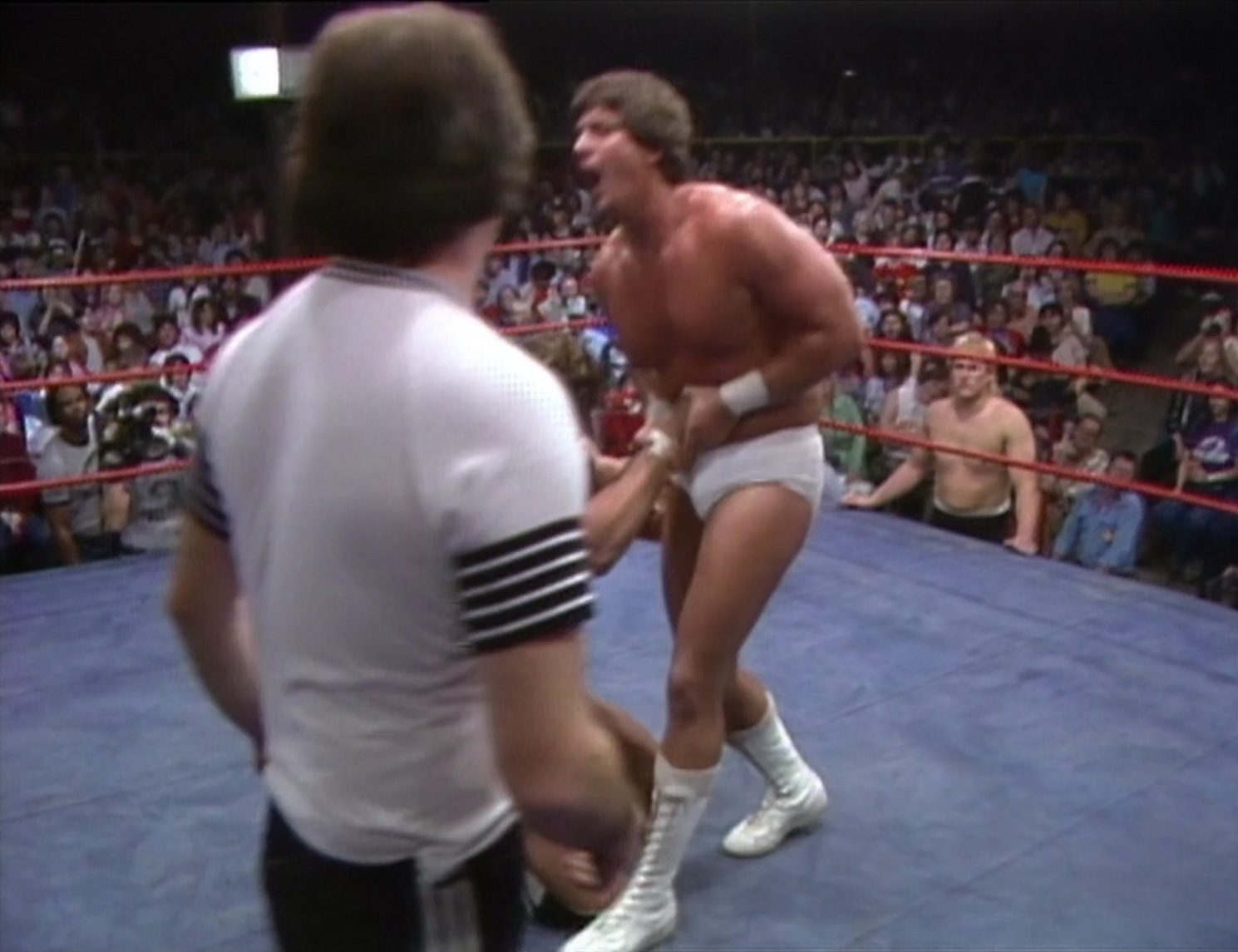 Summary: Wild match with tremendous heat. If only it had a finish…

C’mon, Terry, that’s not what I meant. Let’s not go all radioactive.

After the match, Adias joins the fray inside the ring as the babyfaces clear the ring. Kevin grabs the microphone and challenges Hernandez. While the heels consider the challenge, Hart talks them out of it.

Conclusion: Tremendous main event with all four wrestlers clicking to generate a huge reaction from the Dallas faithful. With the WWF hosting the inaugural WrestleMania on the horizon, the seeds are being planted for the second annual David Von Erich Memorial Parade of Champions. If the matches resemble tonight’s main event, it will be a blockbuster card not to be missed. What are your thoughts, Terry? 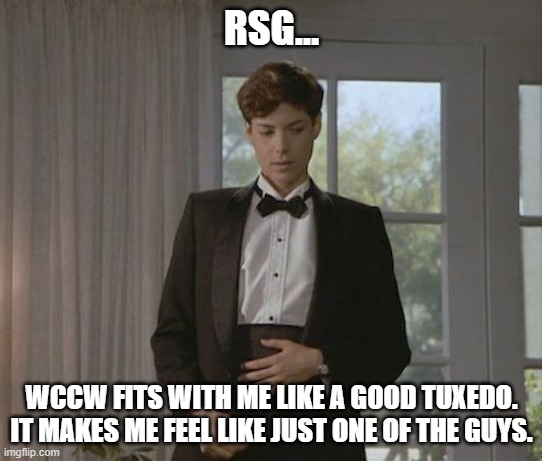