WWF One Night Only

Can Michaels become the first Grand Slam winner in WWF history? Or will the hometown hero send the boytoy on a grumpy flight home? Will Undertaker regain the WWF title? Do Los Boricuas have what it takes to achieve tag team gold? Let’s find out!

Prior to the first match, Dude Love cuts a silly promo on Helmsley.

Summary: Despite all of the matches these two have had together, their evening meal still requires more seasoning. 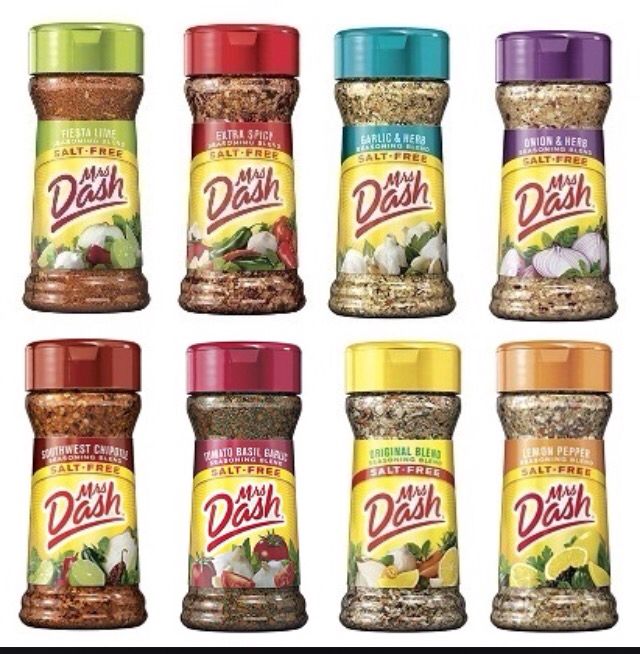 Earlier today, members of the Birmingham faithful chose their horse in the European title match. 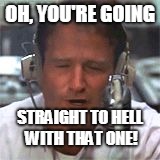 We then revisit IYH XVII when Austin interfered in the Fatal 4-way match enabling the Headbangers to achieve tag team gold.

Match 3 for the WWF tag team titles: The Headbangers (champions) versus Los Boricuas

Summary: Elongated heat segment seemed to last for an eternity; however, the champs retained while the Birmingham faithful ate them up with a spoon.

In a pre-taped interview, Ross sat down with Smith who mentioned his sister. Smith then dedicated the match to her due to her battles with cancer. Bravo! He then stated he’s lost about twenty-eight pounds (14 stone) to prepare for the lightning-quick Michaels.

Match 4: The Patriot versus Flash Funk

Summary: Funk tried hard but came up short against the Patriot who sorely needed a win.

Prior to the next match, pre-taped comments from the Road Warriors air.

Match 5: The Godwinns versus the Road Warriors

Summary: Just the usual fanfare from these two teams.

In the ring, Ross interviews Ken Shamrock who was supposed to face Owen but couldn’t due to a lung injury. He vows to return quickly, but Rockabilly comes to the ring. When he slaps Shamrock, Rockabilly raises the ire of Shamrock and succumbs to an ankle lock. Officials hit the ring to break up the melee.

Backstage, Bret cuts a babyface promo since he’s not in America. 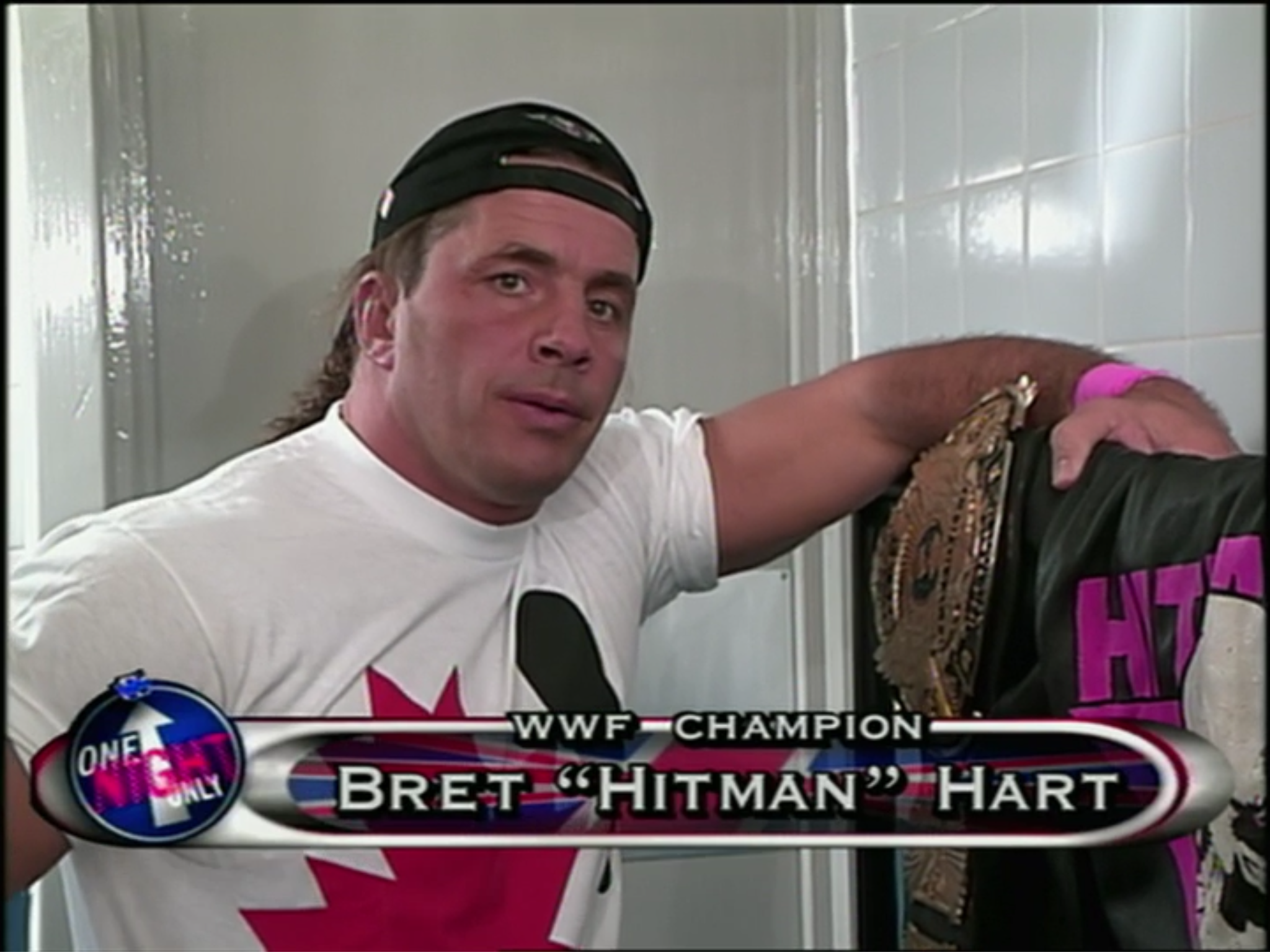 Summary: Excellent story told as the underdog (Owen) got the Birmingham faithful behind him but ultimately lost on a big gamble. Great match!

We then revisit Summerslam ‘97 when Michaels CREAMED Undertaker with a chair. Following that, a pre-recorded promo by Undertaker airs. 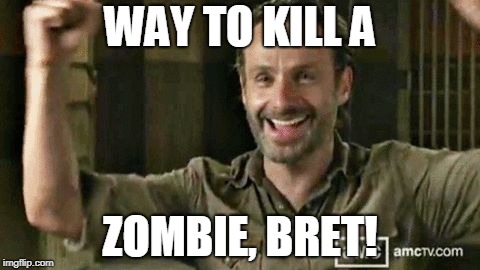 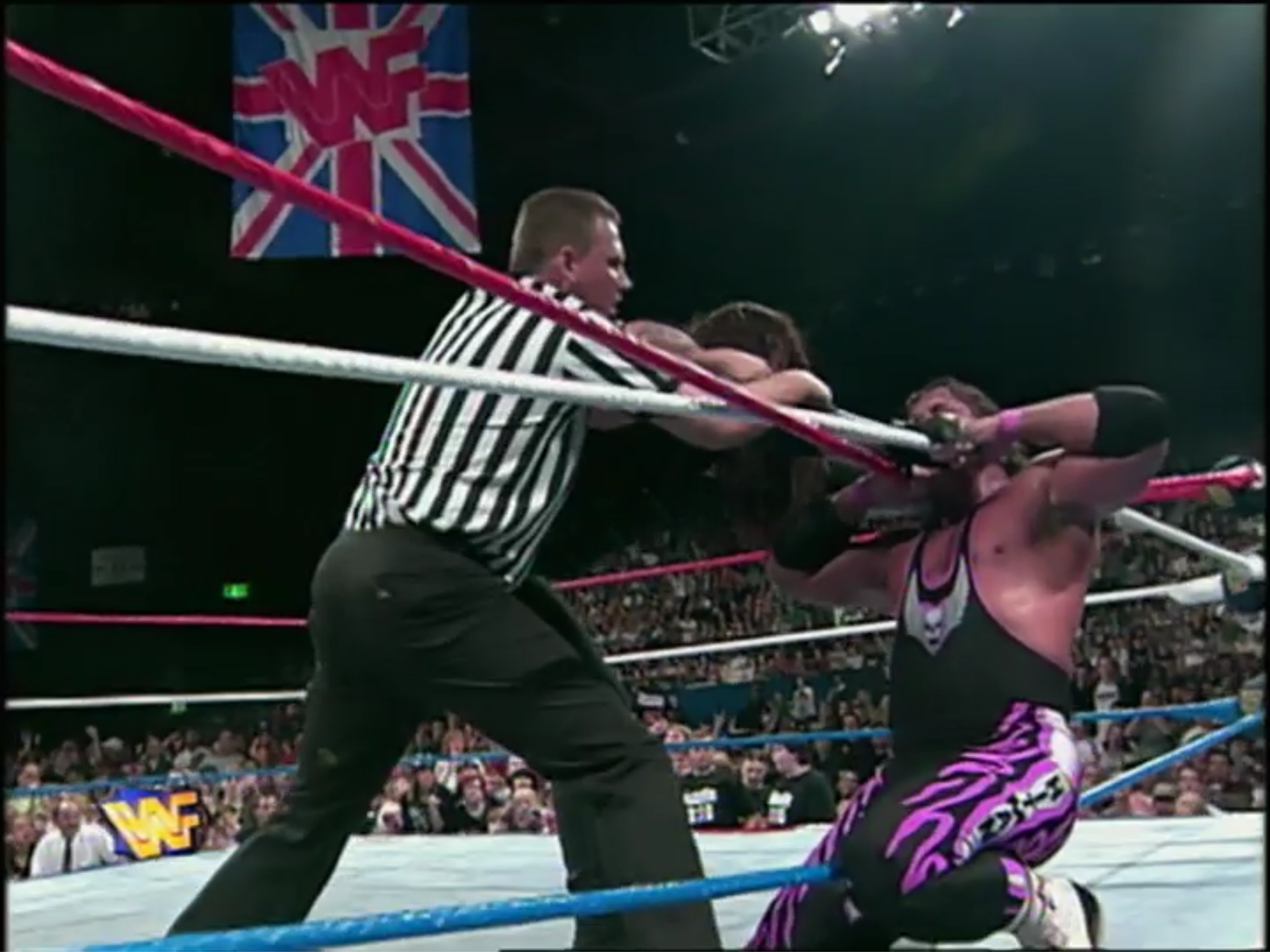 Summary: Textbook definition of how to tell a story in the ring. Since they had history with one another, certain maneuvers were either blocked or countered, and the victory wasn’t clear-cut. Considering what transpires in the next few months, this would have been the best opportunity for Undertaker to regain the title.

After the match, Undertaker chokeslams Chioda while officials and Owen rescue Bret. Undertaker then grabs Gerald Brisco and chokeslams him to a chorus of boos. After ring announcer Carsten Schaefer notifies everyone of the official decision, Undertaker saunters after him to no avail.

Backstage, Michaels vows to become the first Grand Slam winner in WWF history by winning the European title. In the meantime, he refers to himself as “the headliner” and “showstopper.” 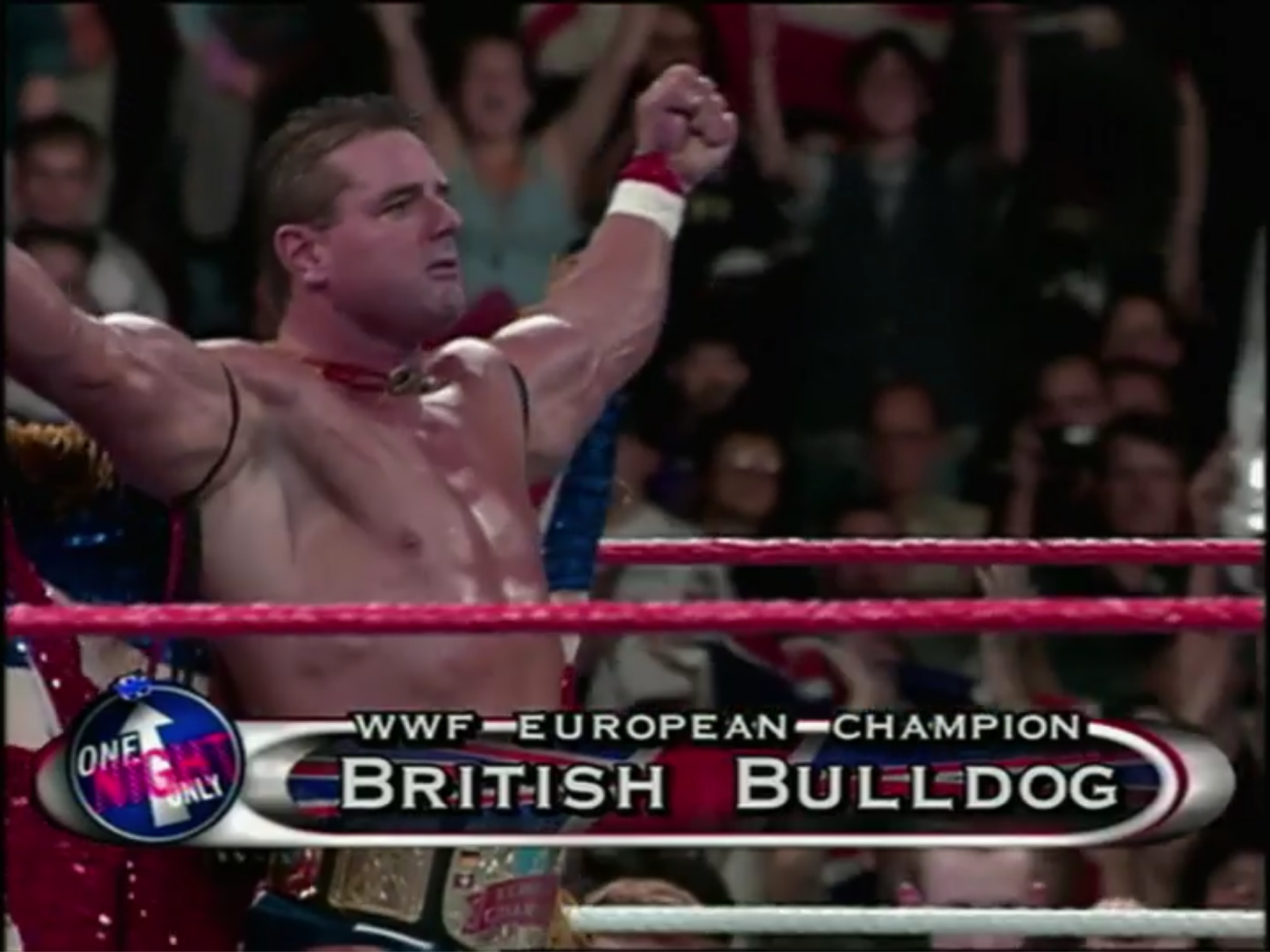 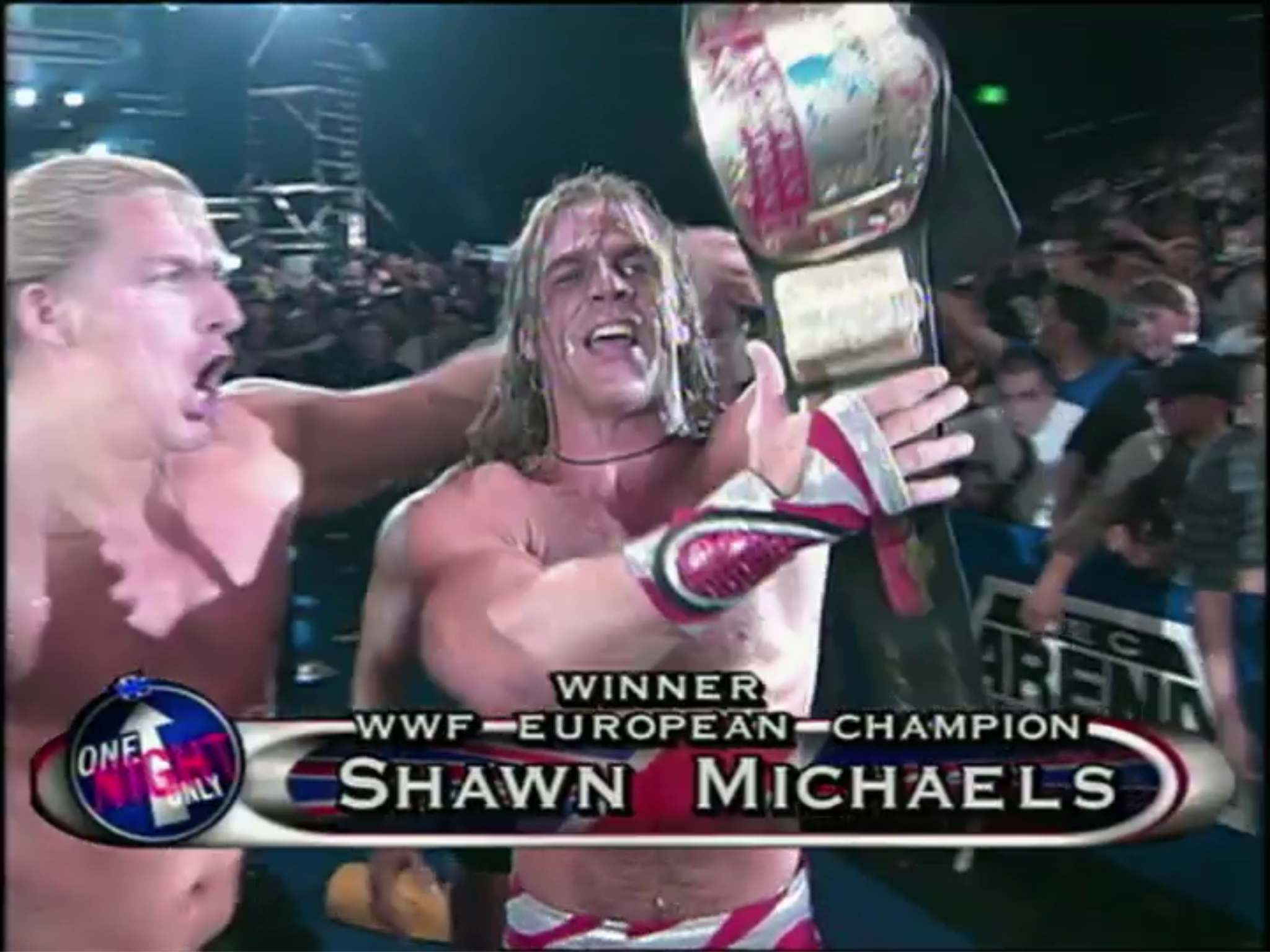 Summary: Originally, Smith was booked to win the match to send the Brits home happy; however, Michaels changed it believing that if he stole Smith’s belt in September, a rematch would garner a bigger and more profitable show in 1998. Smith would then regain the title, and the Brits would rejoice. To be honest, I smell shenanigans.

After the match, the Birmingham faithful tosses debris into the ring. Michaels then grabs the microphone and refers to them as “limeys.” As he taunts the Birmingham faithful, Michaels calls out Diana specifically. Helmsley then takes a turn on the microphone while Michaels reapplies the figure-four leg lock to the unconscious Smith. Diana then enters the ring to support her husband, but Chyna pulls her away. Since Chyna didn’t know her own strength, Diana would complain about her manhandling years later.

Nevertheless, Owen and Bret finally come to Smith’s aid while Helmsley and Michaels hightail it backstage. Helmsley then hoists Michaels up in celebration much to the chagrin of the Birmingham faithful.

Conclusion: Thank goodness the show isn’t sold on the first five matches. They’re both forgettable and meaningless. On the flip side, the latter three matches not only provide great wrestling stories but also supply the viewer with extreme value. I truly believe there’s more to the story of Michaels’ victory, and we’ll discover those details as 1997 moves along.