Will Bret retain the WWF title against Yokozuna? How will Hogan affect WrestleMania this year? How does this show compare to previous WrestleManias? Let's find out!

While wearing a toga, Gorilla Monsoon welcomes us to the show and introduces the newest play-by-play announcer—Jim Ross. Welcome to the WWF, Jimbo! 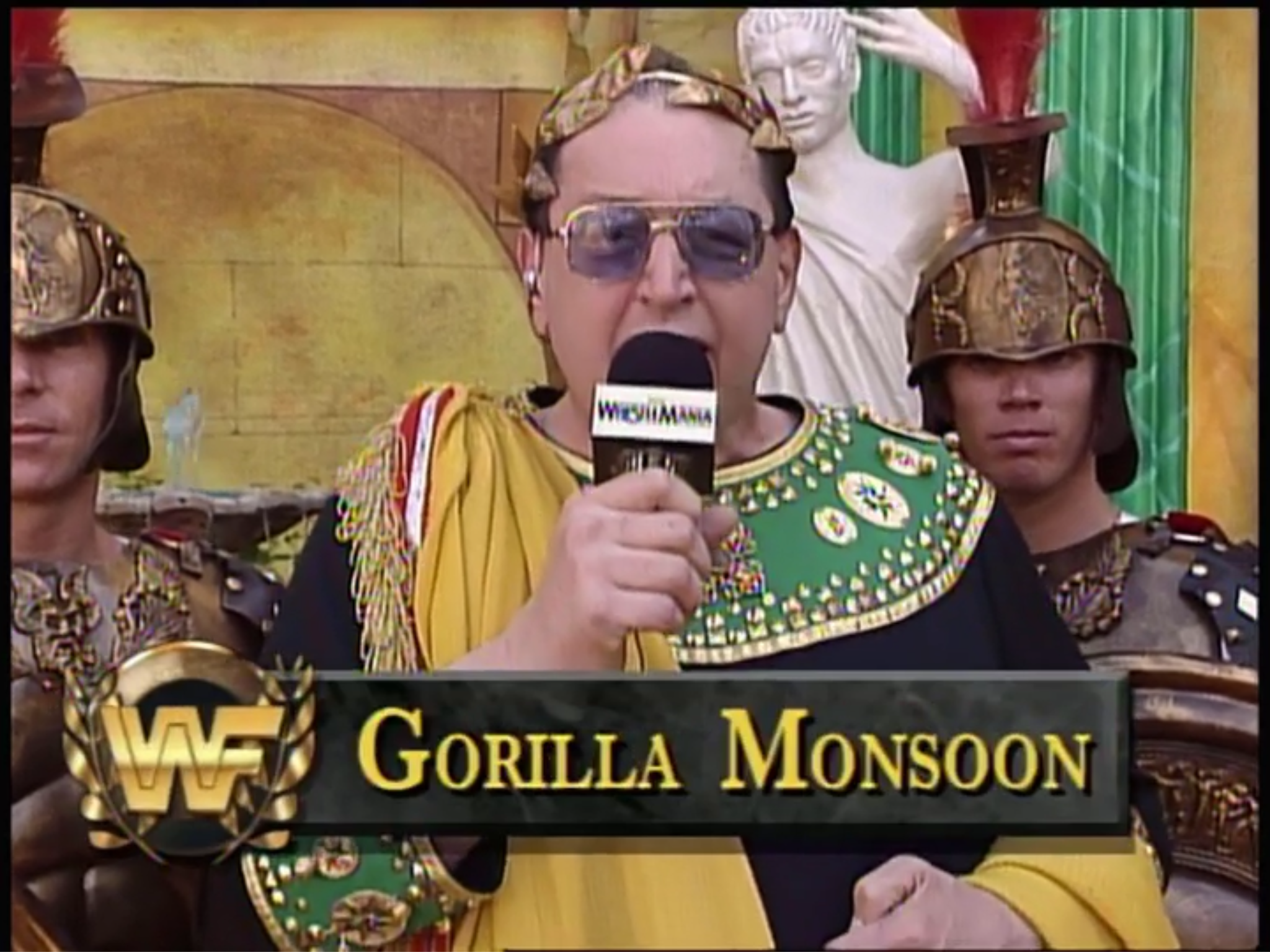 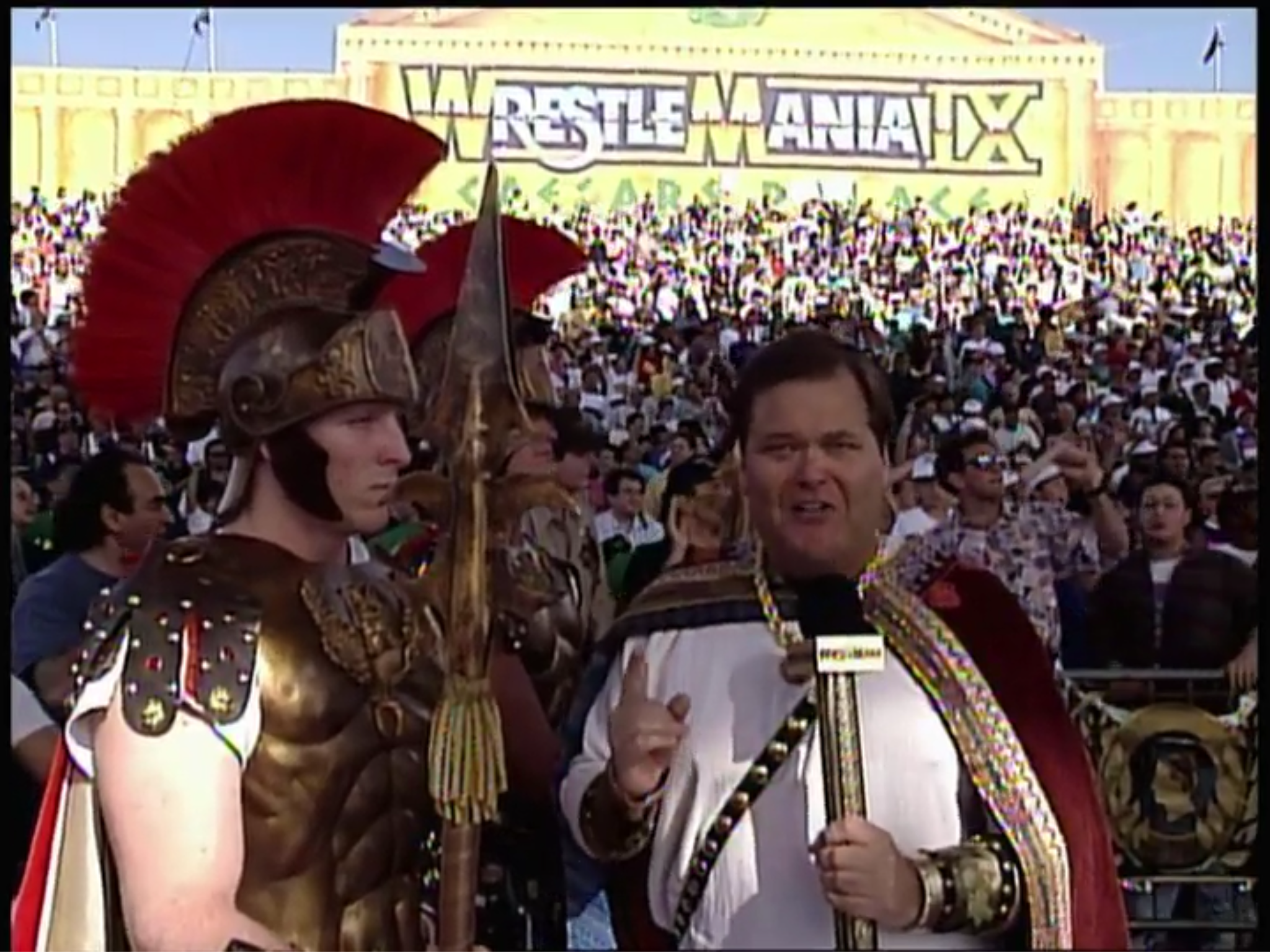 Ring announcer Howard Finkel, a.k.a. "Finkus Maximus," presents "Julius Caesar" and "Cleopatra" riding on an elephant. Next, Savage makes his entrance riding a sedan with "vestal virgins." Following that, Heenan enters the show backwards on a camel. Of course, Ross and Savage mock him for smelling like a pack of Camels. 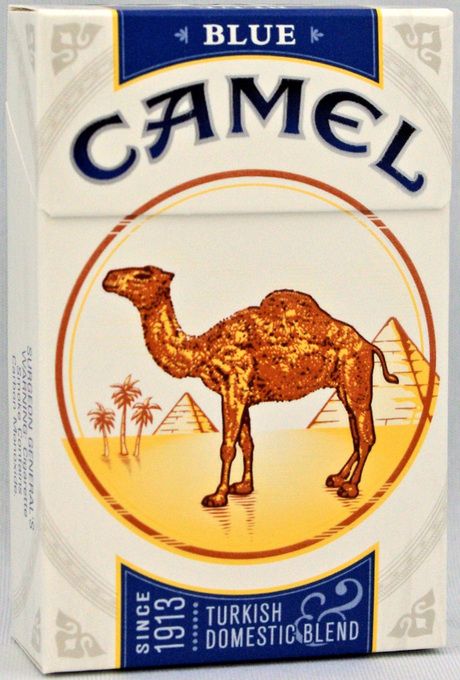 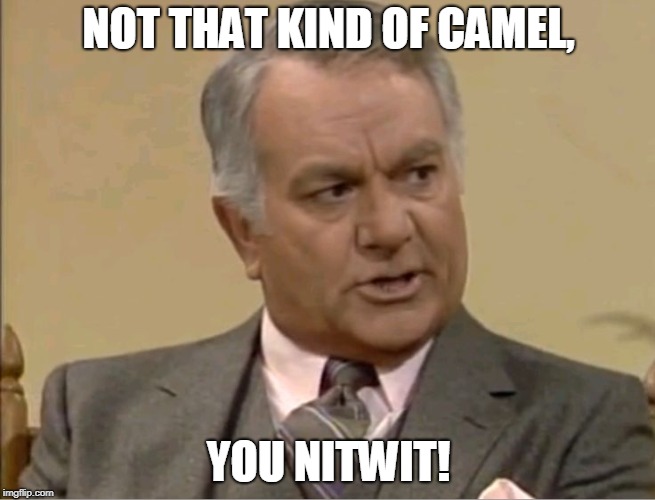 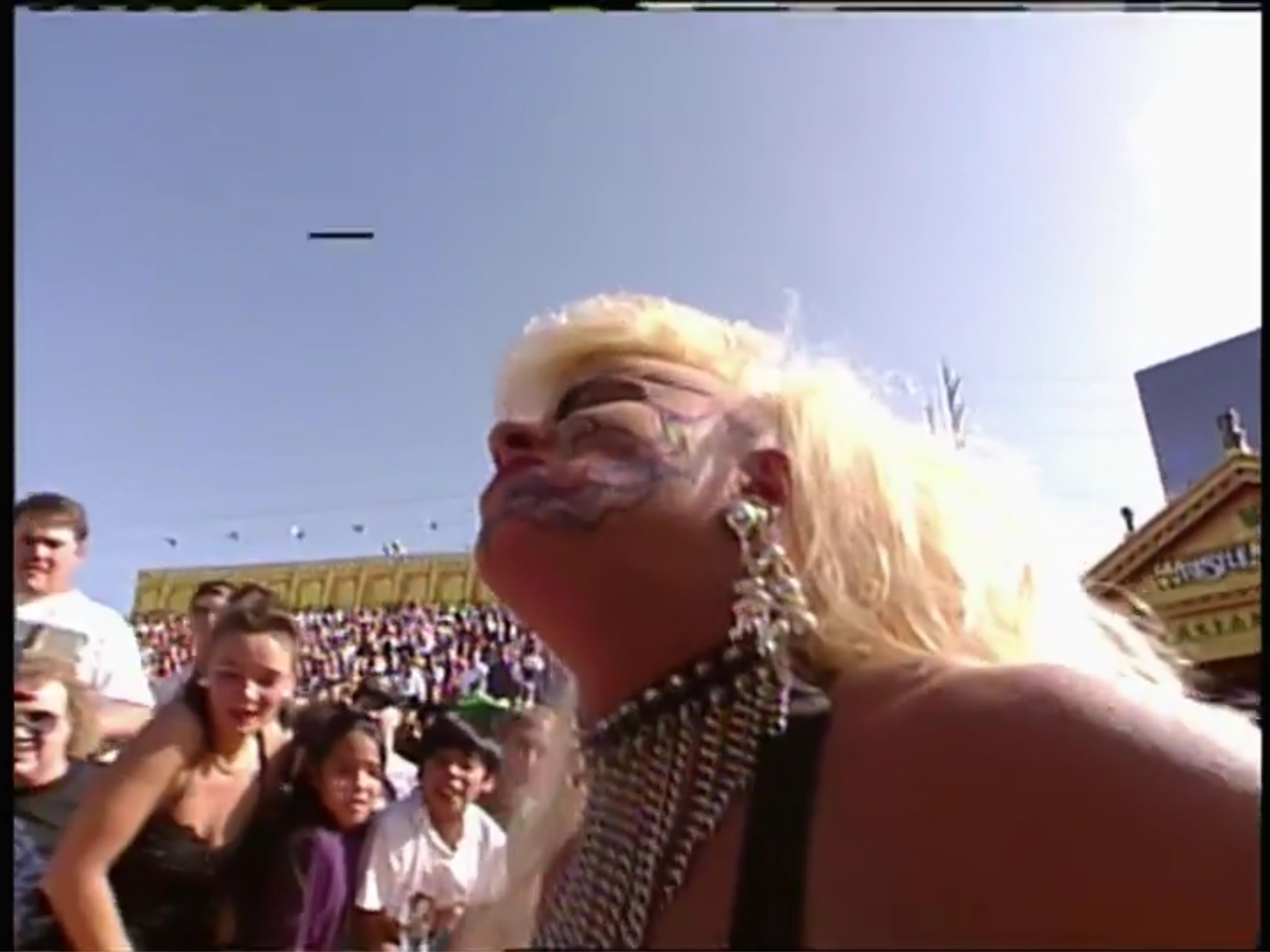 Summary: Crappy and convoluted finish to a good match with some decent false finishes that grabbed the Vegas faithful's attention away from counting its chips. 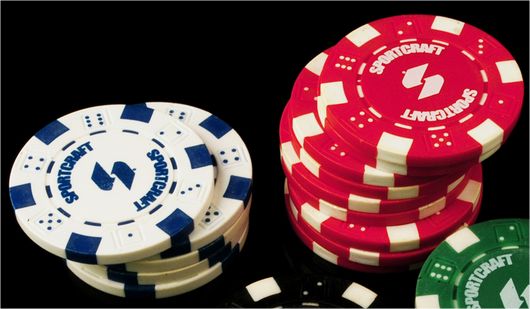 After the match, Sherri gets up on the apron to applaud Tatanka, but Vachon pulls her back down to the floor. Vachon then clotheslines and kicks Sherri on the floor until Tatanka shoos her away. Lastly, Sherri receives help from Tatanka to return backstage.

In front of a bust of Caesar, "Mean" Gene Okerlund interviews the Steiners. 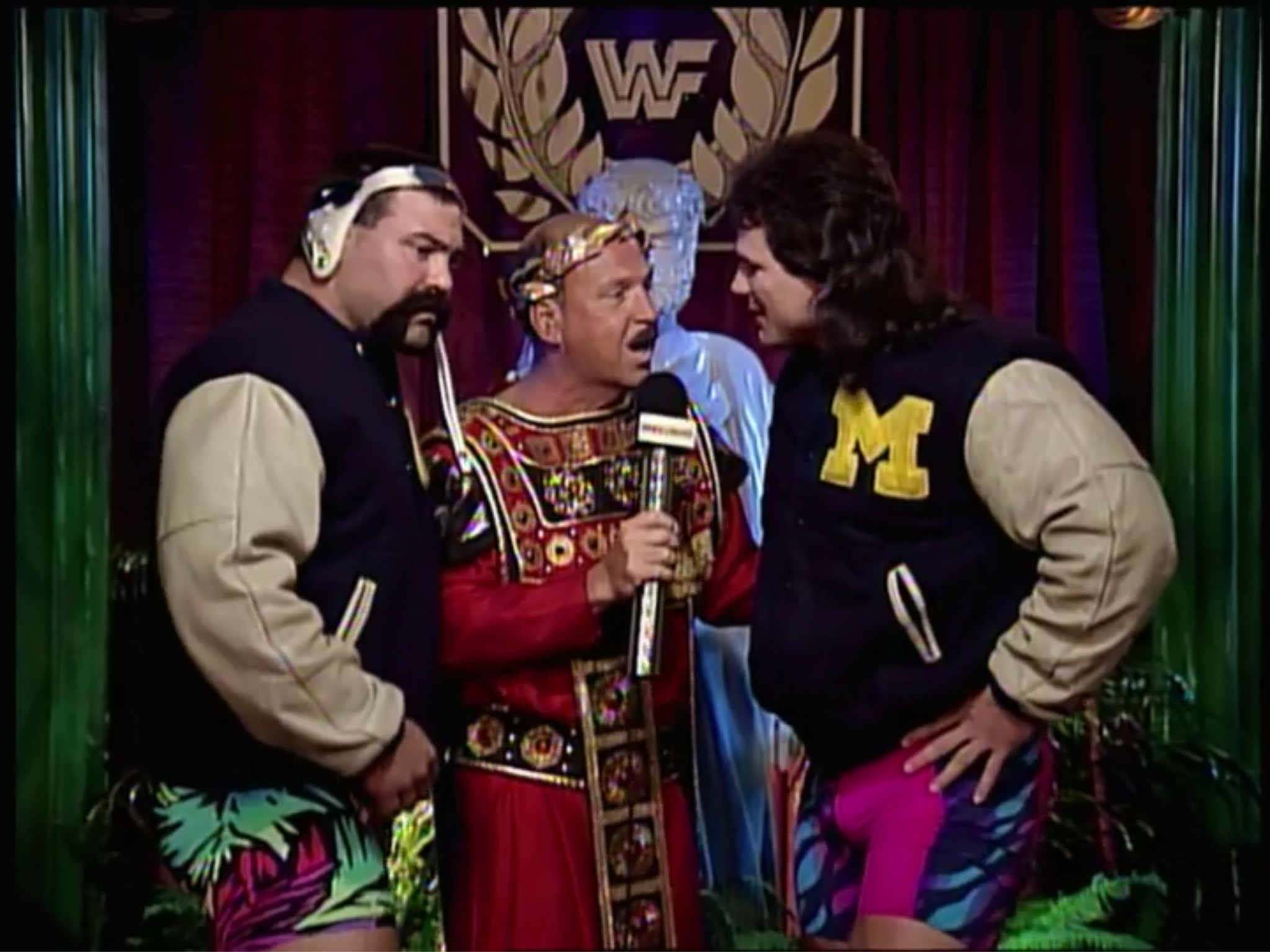 Summary: If any match on the card would make Ross comfortable in his new job, it's calling a Steiners match. With that being said, both teams worked hard and got themselves over well. In turn, the Vegas faithful ate this up with a spoon.

Backstage, Okerlund interviews Doink who made up the Caesar bust to look like him. We then revisit Superstars when Doink WAFFLED Crush with a prosthetic arm. As Doink hints at double vision for Crush, he squirts water at Okerlund. What an evil clown! 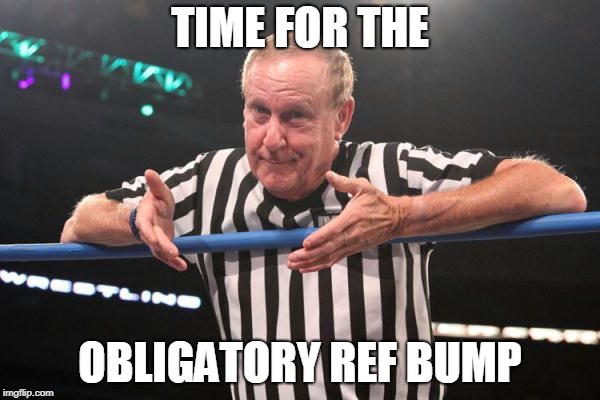 Summary: Doink's shenanigans outsmarted Crush at every turn. Evidently, Crush's character may require a makeover, manager, or both to succeed in the WWF. According to Meltzer, Doink #2 was portrayed by a clean-shaven Steve Keirn. Allegedly, Stan Lane thought his work was FABULOUS.

After the match, referee Bill Alfonso comes to the ring and advises Marella that a second Doink interfered. They then check under the ring, but they cannot locate Doink. It's MAGIC!

Among the Vegas faithful, Todd Pettengill interviews a gaggle of them. Hopefully, he finds some cheap beer. 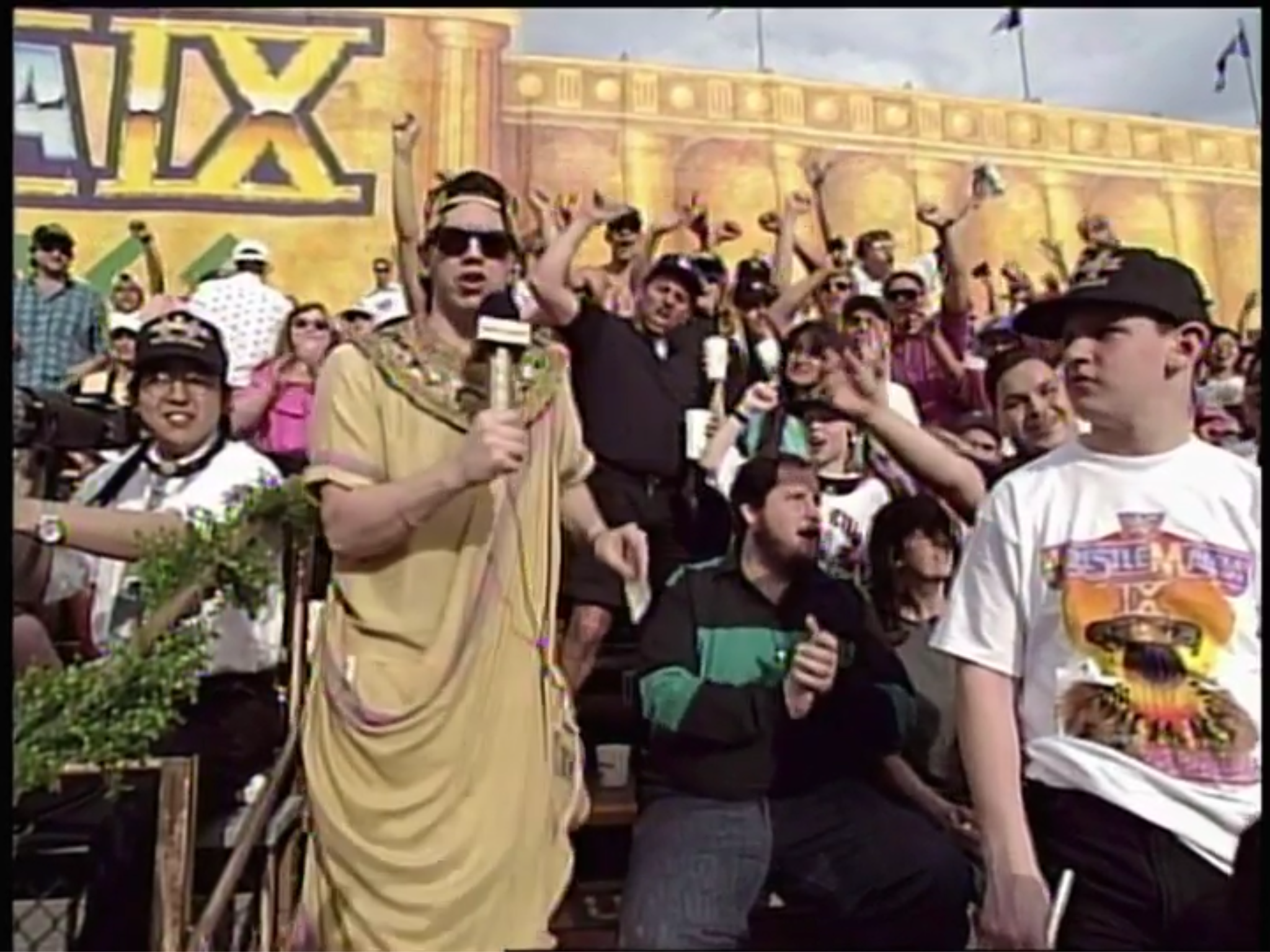 Summary: While an nWo storyline may rebuke this, Backlund put over an up-and-comer in Hall.

Backstage, Okerlund interviews the tag champions. We then revisit RAW from 2/15 when Money, Inc. Intentionally broke Beefcake's nose. They then cut a promo on the MegaManiacs while IRS notes Hogan's "accident." 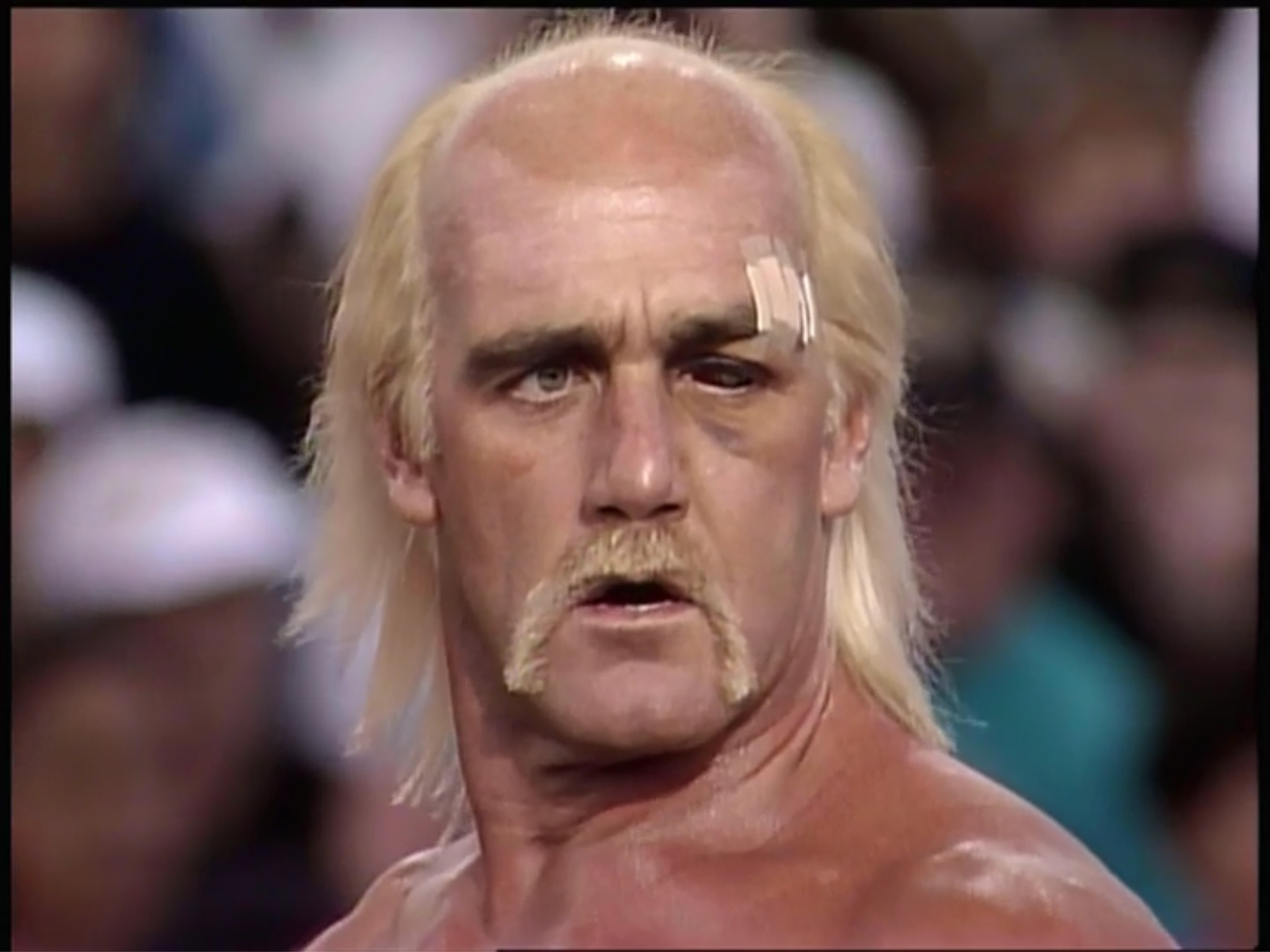 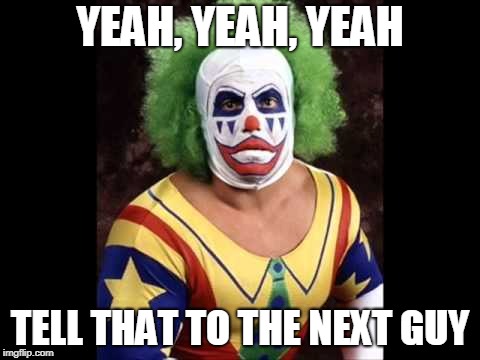 Summary: While the Vegas faithful ate this match up like the casino buffet, the champs escaped with their titles with a hokey finish.

After the match, the champs try to nail the MegaManiacs with the belts but head for higher ground when that plan fails. In lieu of the MegaManiacs assaulting Davis, Hart tosses him over the top rope to the floor instead. The MegaManiacs then strut, and Hogan poses. When Hogan finds the Haliburton, he discovers a brick inside. HA! He then reveals some money and distributes it to the Vegas faithful.

Backstage, Okerlund interviews Perfect who cuts a promo on Luger and flubs his lines.

Summary: According to Luger, Hennig had a “day off.” In doing so, he “forgot the match.” Although they didn't play to the crowd much, I wonder how much better this match could have been if Hennig remembered the game plan.

After the match, Luger DEMOLISHES Perfect with a running forearm. Devious! Perfect slowly regains his feet and saunters after Luger. When he finds and hammers Luger, Michaels delivers a superkick to Perfect. He then attacks Perfect with weapons until officials separate them.

Summary: While I understand that both Gonzalez and Undertaker are "attractions," they had ZERO chemistry in the ring, and the match suffered greatly. Personally, I would have found some popcorn.

After the match, Undertaker remains OUT COLD on the mat while officials tend to him. Medical personnel bring a stretcher to the ring as Gonzalez chokeslams Alfonso. While Undertaker gets wheeled backstage for medical attention, Gonzalez refuses to leave. In the meantime, the Vegas faithful chant "Ho-gan" in an effort to save this abomination of a concession stand break. 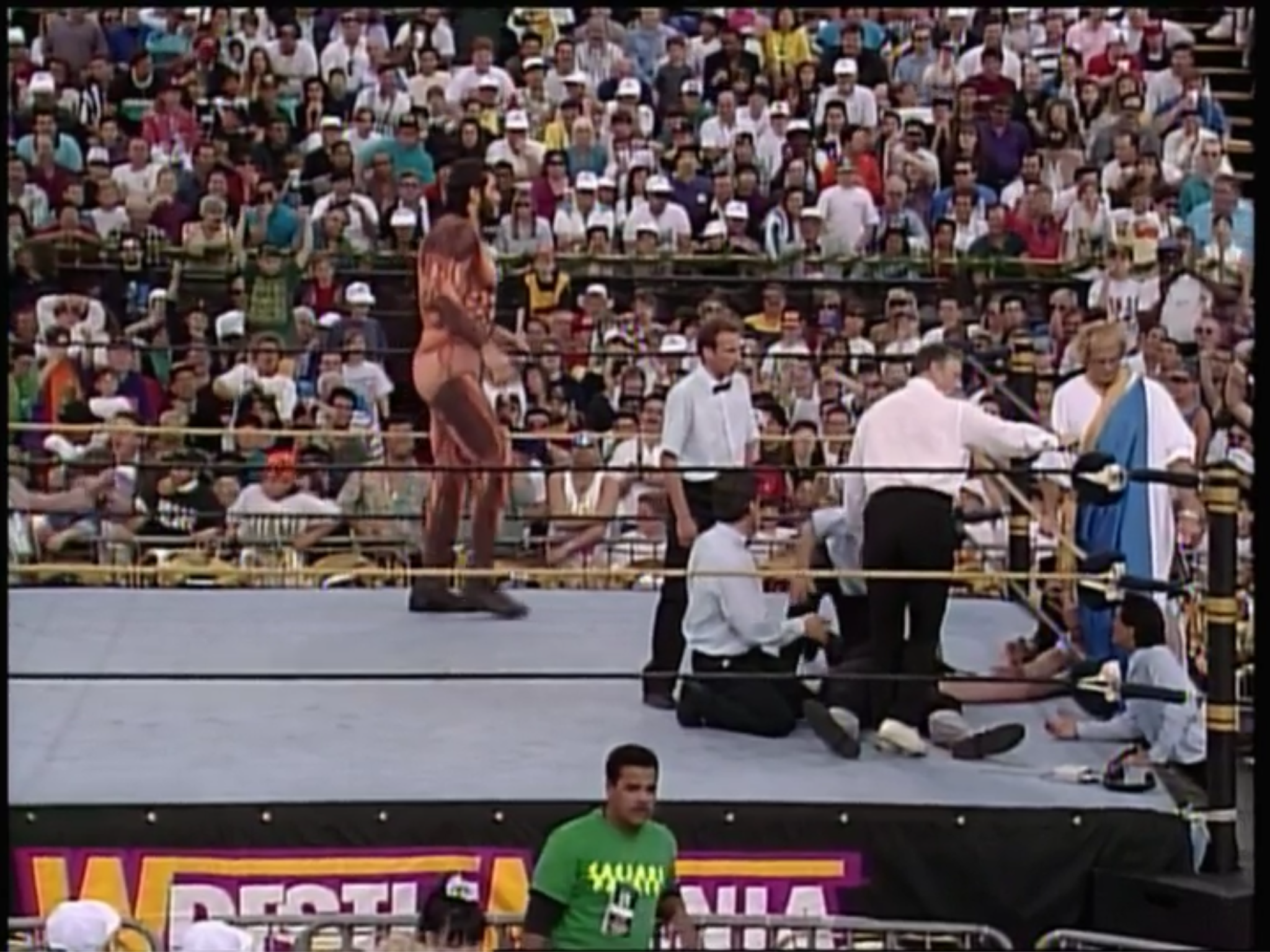 Undertaker then returns to the ring and clotheslines Gonzalez three times. When Gonzalez falls down to the mat, he heads for higher ground. Security then escorts him backstage.

Backstage, Okerlund recaps the ascension of Yokozuna to main event status. First, we revisit Superstars when Yokozuna ANNIHILATED "Hacksaw" Jim Duggan. Next, we revisit Wrestling Challenge when Yokozuna FLATTENED Bret during the contract signing. Okerlund then interviews Hogan who challenges the winner of the title match. In doing so, Hogan refers to Yokozuna as "the jap." Political correctness was never Hogan's strong suit. 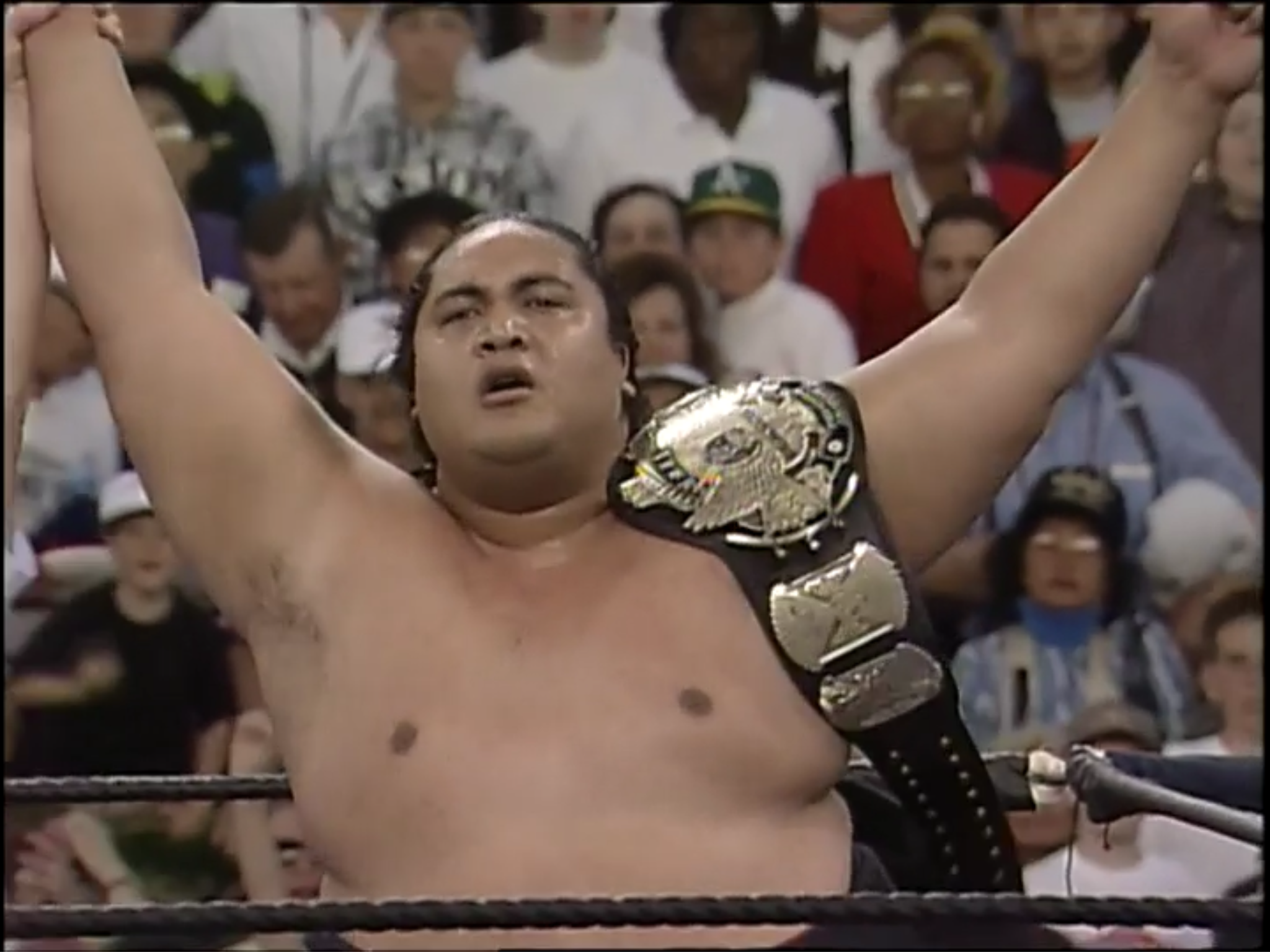 After the match, Hogan comes to the ring to protest. Fuji grabs the microphone and challenges Hogan RIGHT NOW. As Hogan assists Bret out of the ring, Fuji sweetens the pot with the WWF title on the line. A blinded Bret then motions Hogan to challenge Yokozuna. 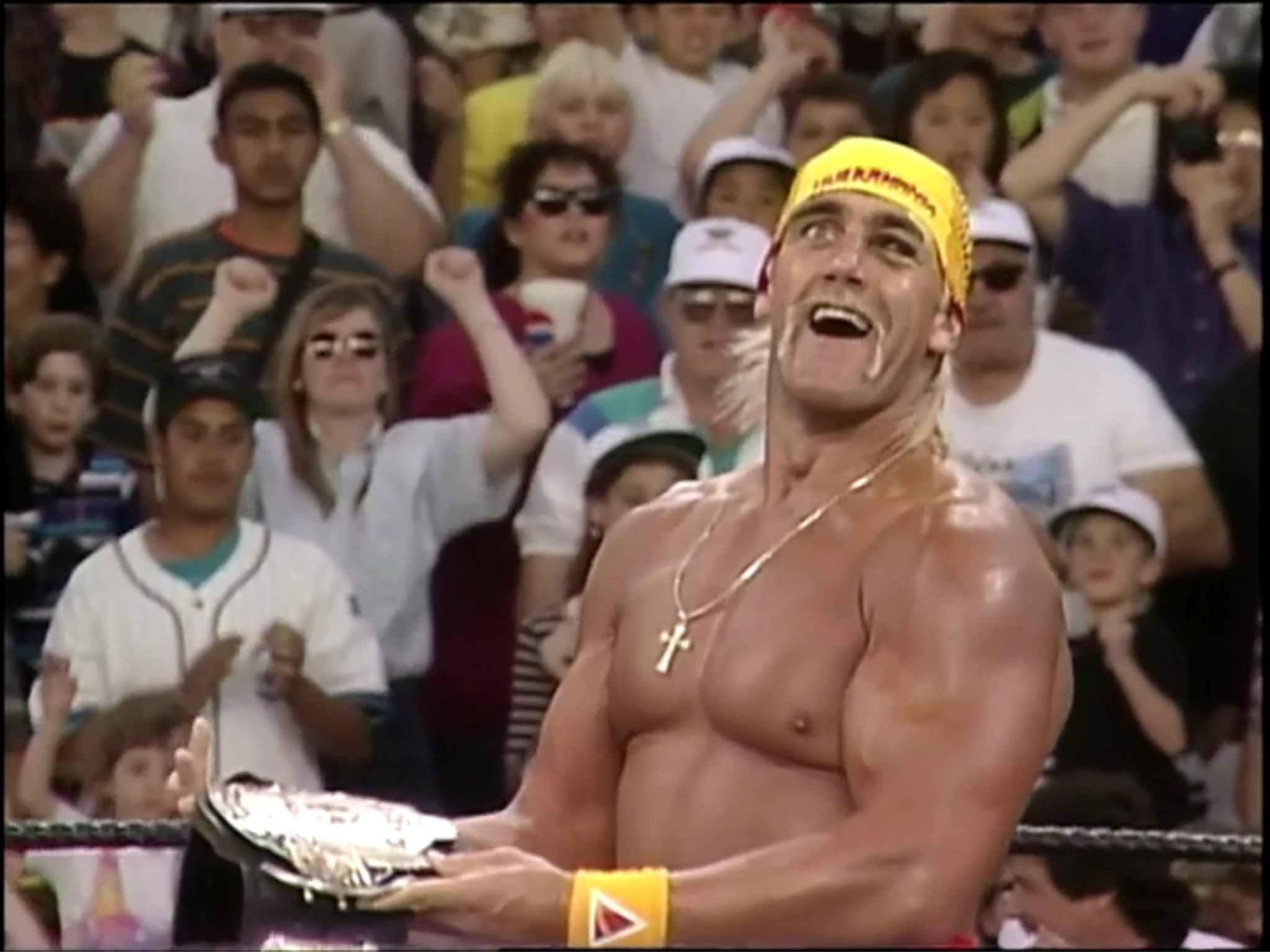 Summary: According to Bret, Vince McMahon called him to tell him the WWF was going in a different direction, and he would lose the title. Considering the negative stigma that the steroid/sexual allegations caused the WWF, I believe Vince wanted to replenish his once-filled but now-empty seats with Hogan fans. Hogan becomes a five-time WWF champion.

After the match, the Vegas faithful come unglued as xenophobia and Hulkamania run wild. Hogan then poses, and fireworks explode to end the show.

Conclusion: Being the first outdoor WrestleMania, this show holds historical value. Add in the title changes, and its historical value increases further. With the IC title match, Steiners-Headshrinkers, and Luger-Perfect matches, the show contains some good to great wrestling.

On the other hand, this show's defined by Hogan's usurpation of the WWF title from Bret. Since WrestleMania VIII, the WWF title has changed hands four times including this show. Unless Hogan's title reign draws more eyes--and more importantly more dollars--to the WWF, a fifth title change appears imminent.

Compared to previous WrestleManias, this show dearly lacks in substance. Bret-Yokozuna doesn't have quite the sizzle that Hogan-Sid or Savage-Flair have. Also, the finishes on the show emit a foul stench of lazy booking. For example, the IC and tag team title matches contain peculiar endings just to maintain the status quo. Also, due to time constraints, the Bam Bam Bigelow versus Kamala match is scrapped; therefore, all the excitement from the tag title match deflates the Vegas faithful's enthusiasm for Luger-Perfect.

Ultimately, this show is only a must-see for those who absolutely LOVE Hogan. Otherwise, I'd recommend it only as a spectacle because the WWF put more effort into the show's appearance than its match quality.