Who will win the war of words between Flair and Fritz? Can Bundy defeat Kevin to put himself in contention for the American title? And who will be helping display this tasty treat for you? 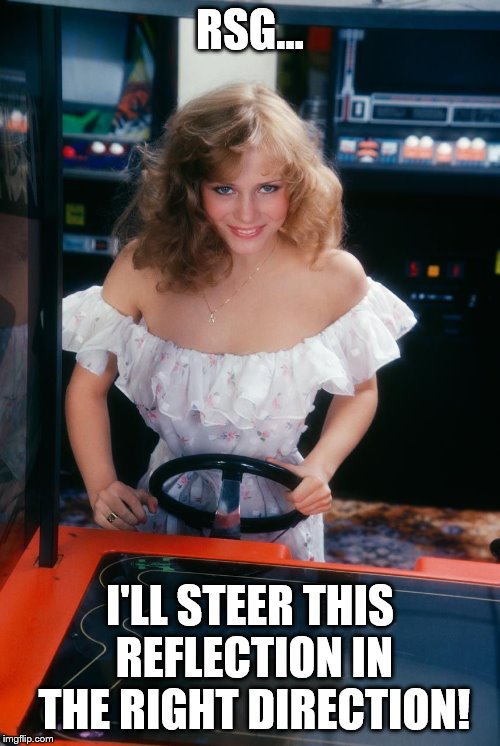 Thanks, Amy, but be careful that we don’t encounter any more slumber party massacres.

Prior to the opening bout, King Kong Bundy cuts a promo on Kevin. 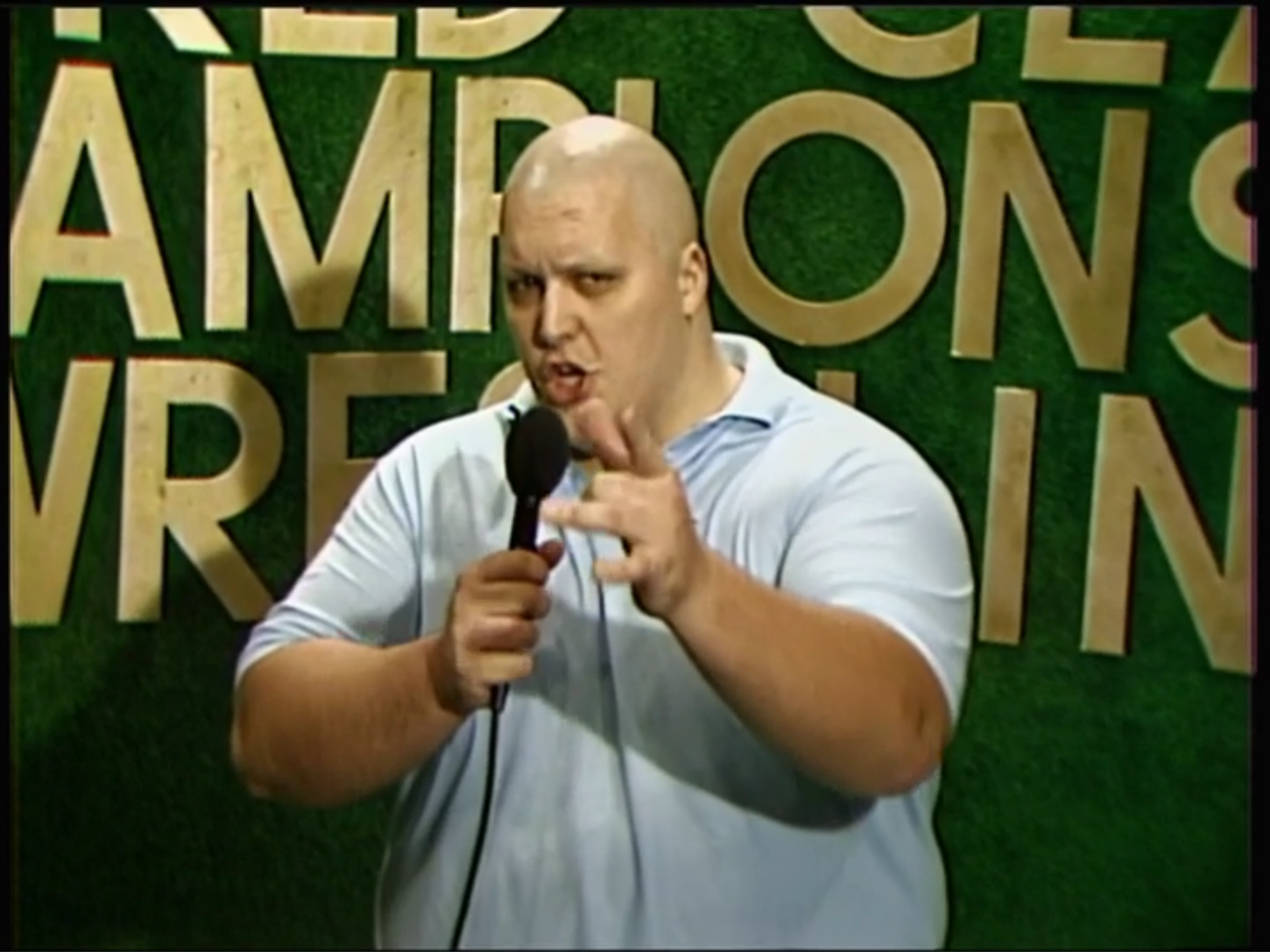 Match 1: The Spoiler versus Jose Lothario

Summary: Punch and kick match that helped to establish Spoiler as a heel. Literally, it was Spoiler’s heel tactics that stood out and nothing else.

Unlike last week, the Sportatorium looks rather empty. Methinks the Dallas faithful chose Christmas shopping over ‘rasslin’ this week. 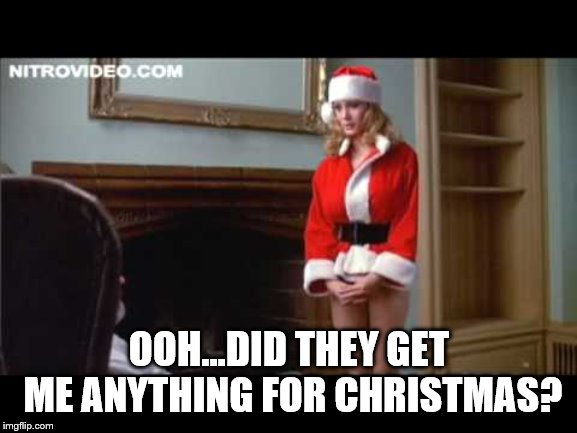 No, Amy, but thank you for the lovely gift of you in Santa Claus gear.

Following a commercial break, Mercer interviews referees Bronko Lubich and David Manning. He then details that a special referee will join either Lubich or Manning during the cage match for the NWA World title at Star Wars on Christmas night. Manning then reveals the four potential names: 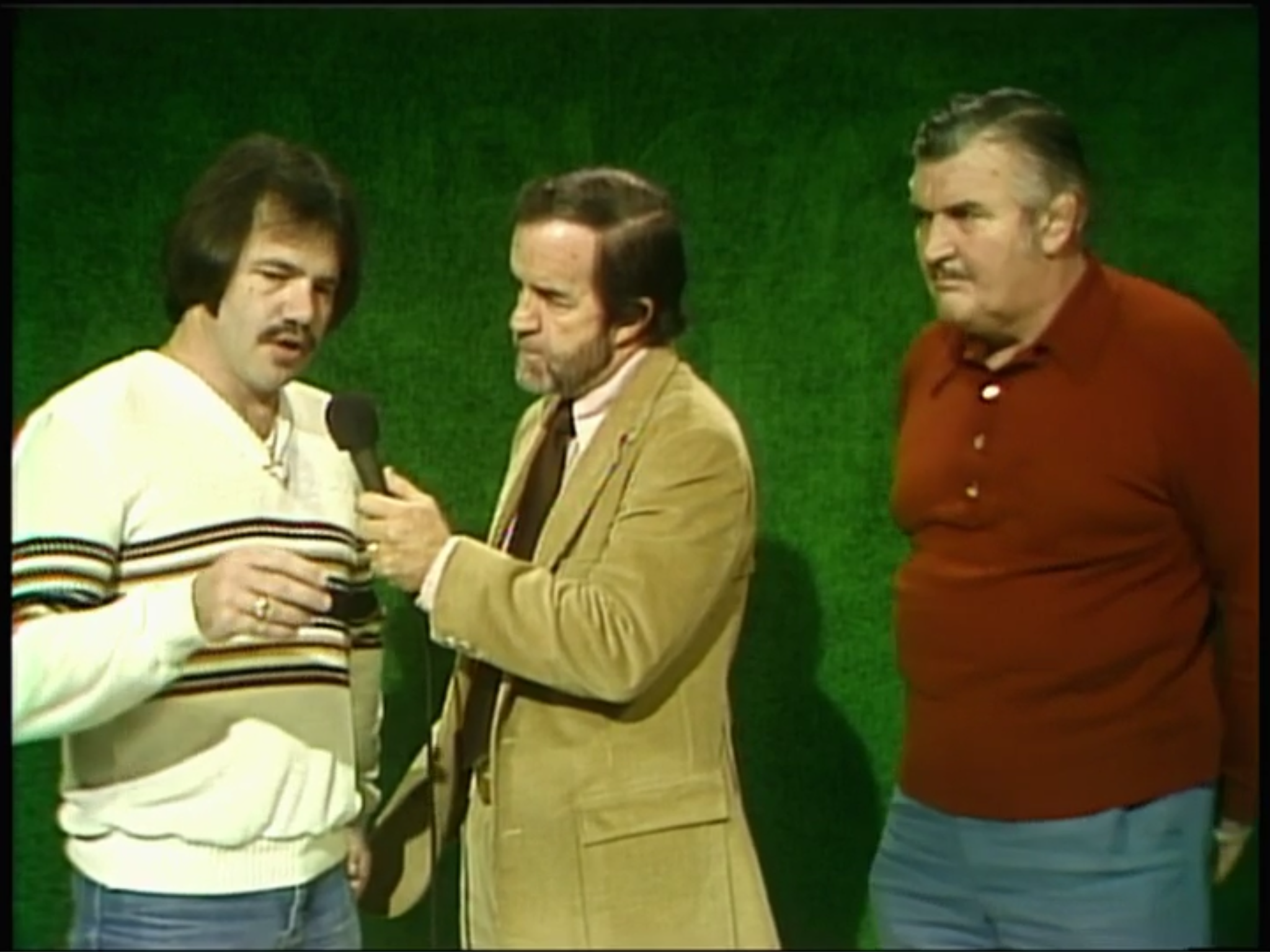 According to Manning, Hayes won the fan vote by a landslide. Lubich then toots his own horn by claiming that he’s been the referee during two World title changes. Both referees feel Kerry can win the match.

During a Hart interview involving Kabuki, Dragon, and Checkmate, Bundy interrupts him. Bundy then claims that “Wild” Bill Irwin and Spoiler will align with him during the six-man tournament. 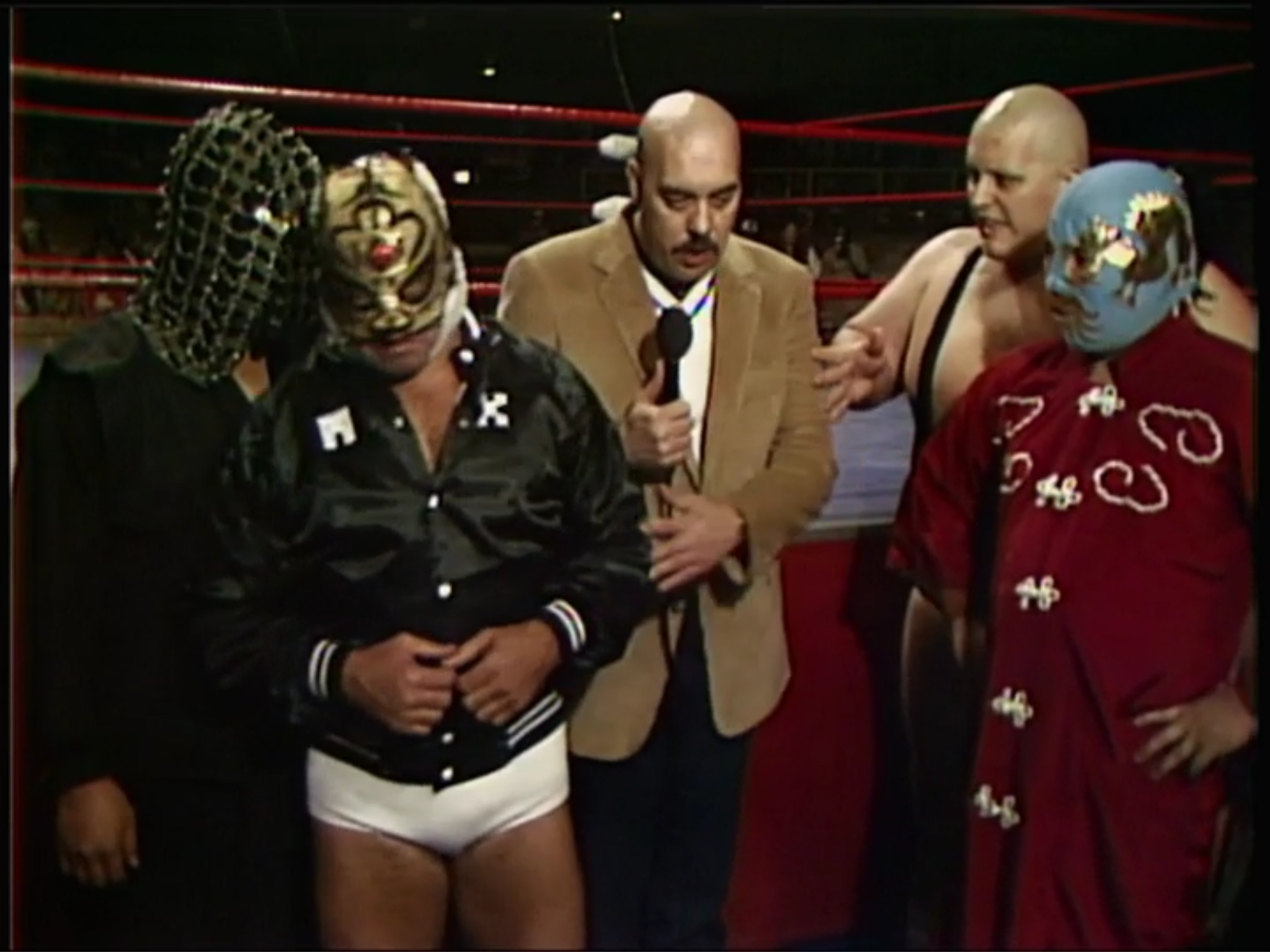 Afterward, Madril, Adias, and McGraw have formed a partnership, and McGraw’s ready to run wild. 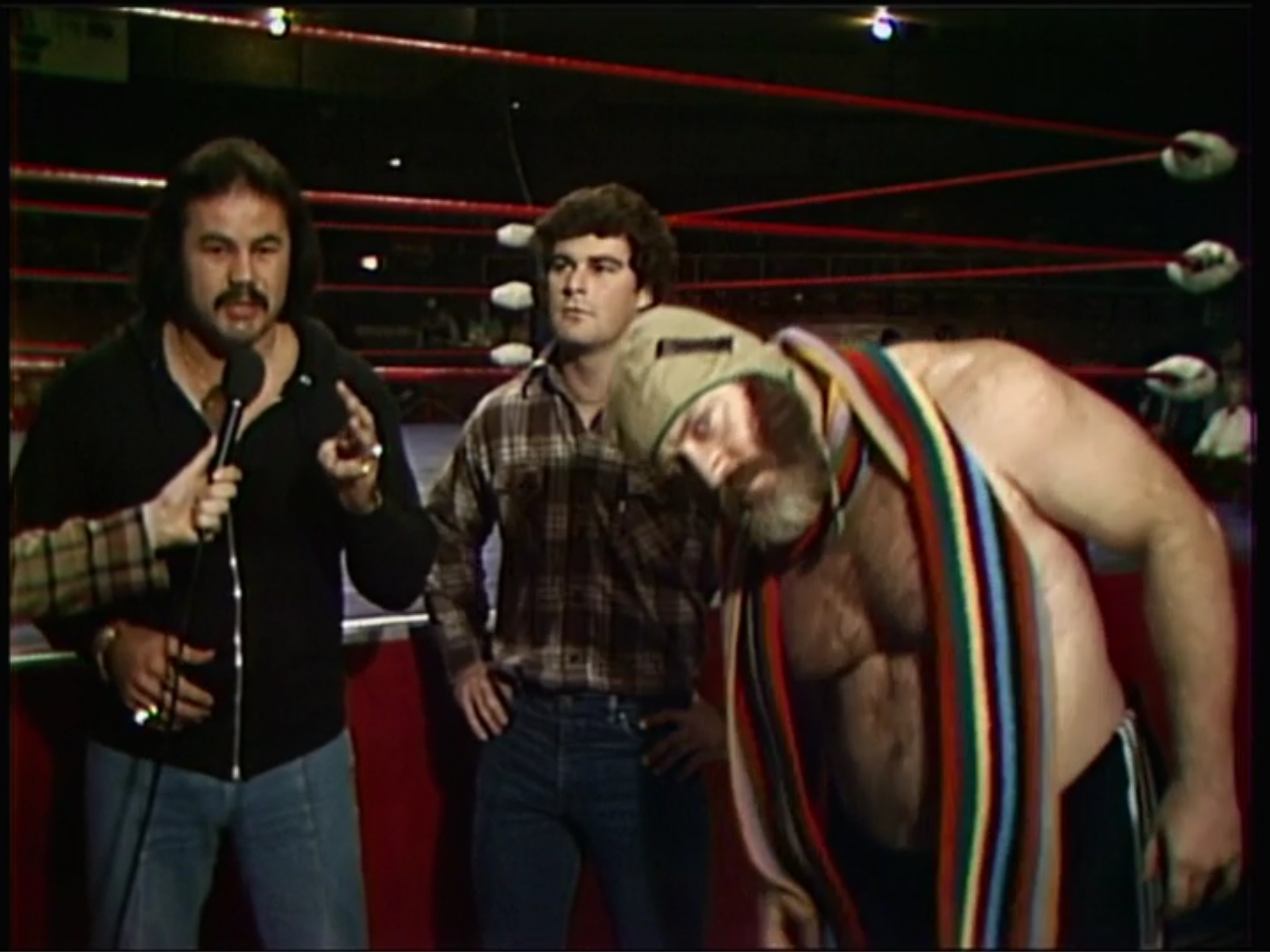 Summary: Much like last week’s tag match, there wasn’t much chemistry between the teams or combatants. 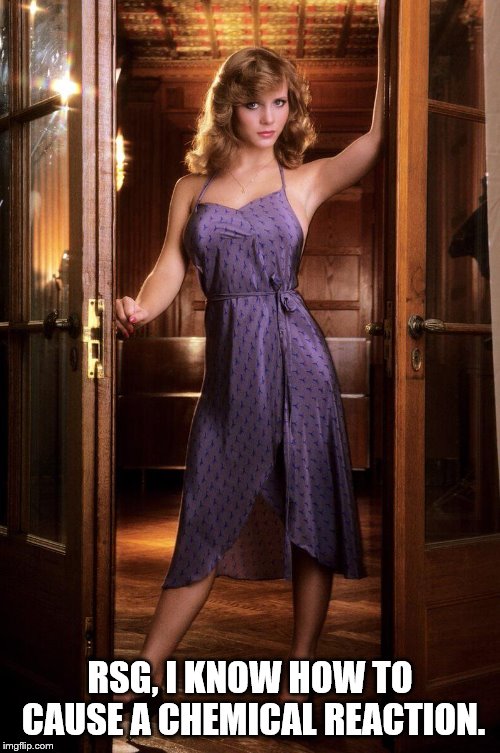 From separate studios, Mercer interviews Fritz and NWA World champion “Nature Boy” Ric Flair. Mercer questions Flair about the bounty, but Flair denies it 100%. In rebuttal, Fritz stands behind the evidence and claims that Kerry will become NWA World champion. Next, Flair angrily questions why the title match will be in a cage, but Fritz sternly threatens him. To end the segment, Flair states “you wanted the match, now accept the consequences.” THIS is how you sell tickets to a show on Christmas night. 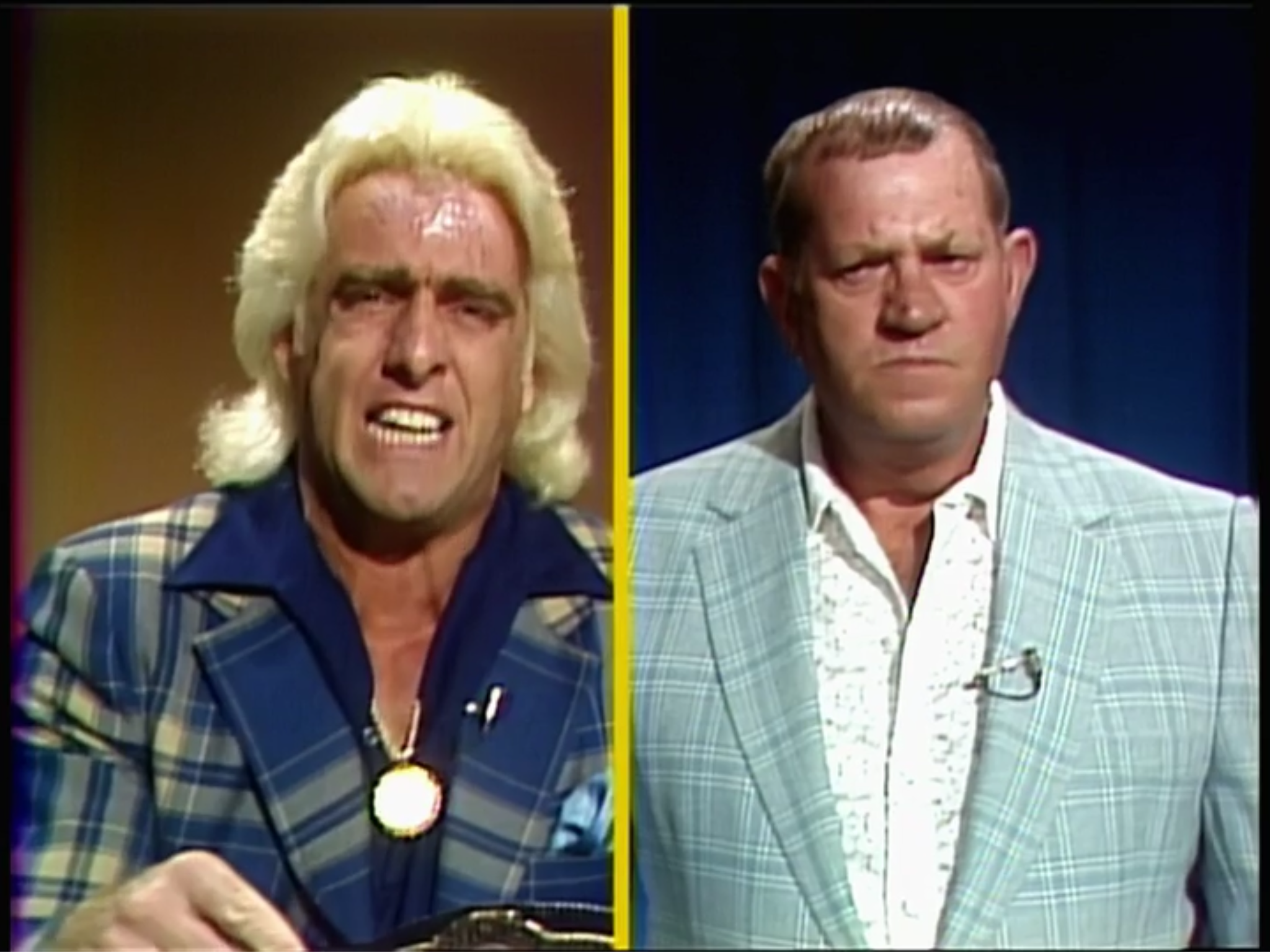 Prior to the main event, Kevin cuts a promo on Bundy. 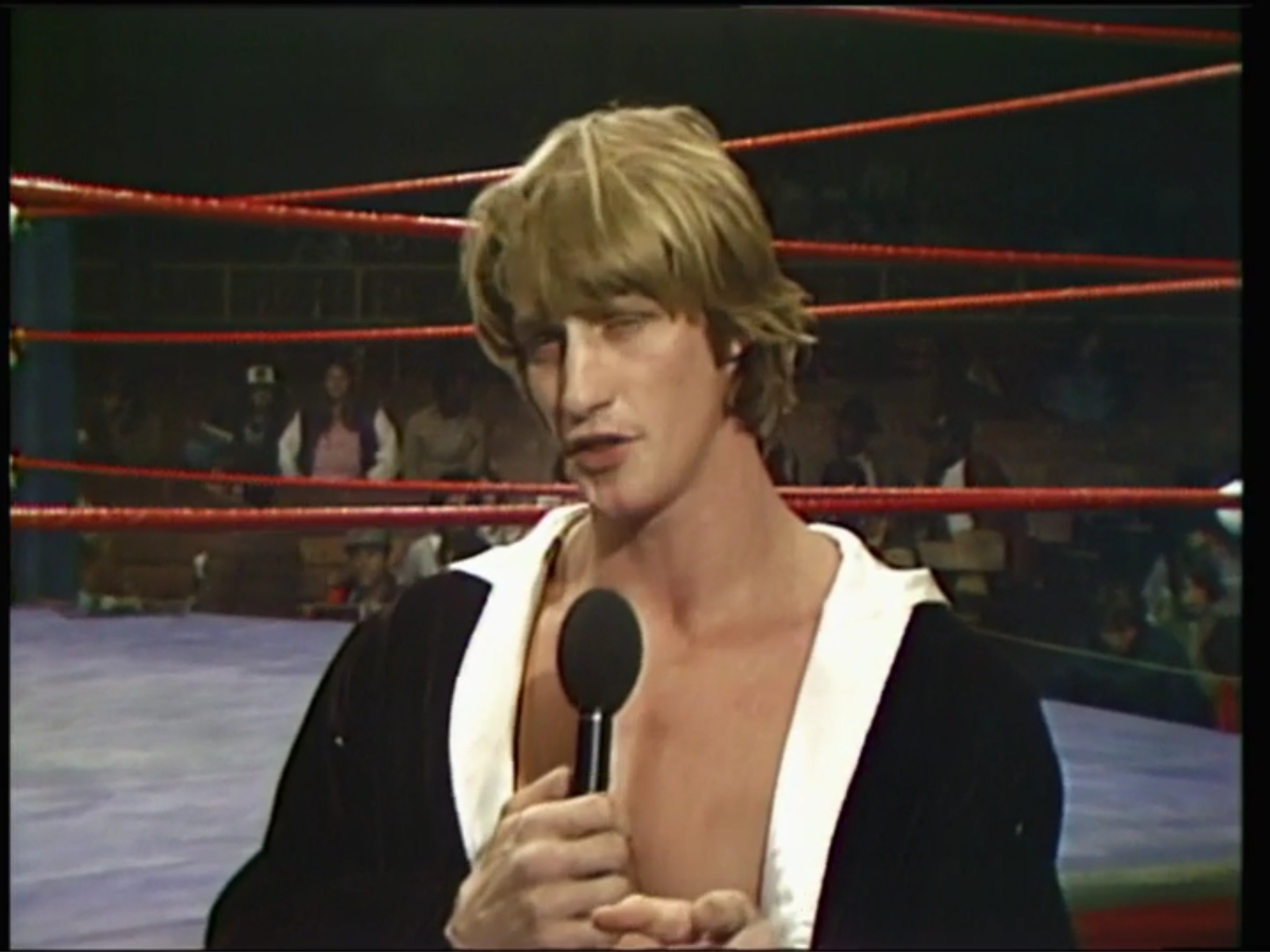 Summary: Decent match that should earn Bundy a title shot down the line.

Conclusion: The Flair-Fritz interview has to be seen to be believed. If ever two sides opposed one another, it’s Fritz and Flair. The Bundy-Kevin match is also worth your time, so check it out. 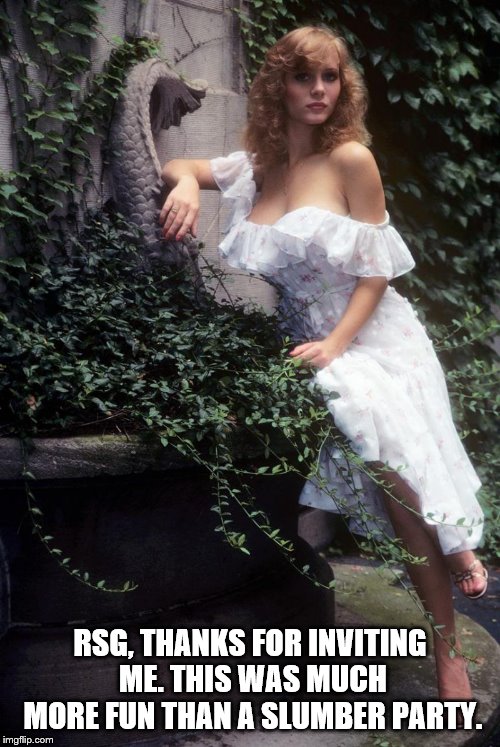 You’re welcome, Amy. I’m sorry that I can’t showcase more pictures of you, but they're way too provocative for my reflections. If you would like to know what I’m talking about, search for images of Kimberly McArthur. You’ve been warned.