Can Kerry continue his comeback on his trek to conquer Kabuki and Flair? Will the Freebirds succeed against Dragon and Kabuki? What’s up with Bundy? Who makes her colossal return to help me tell this tale? 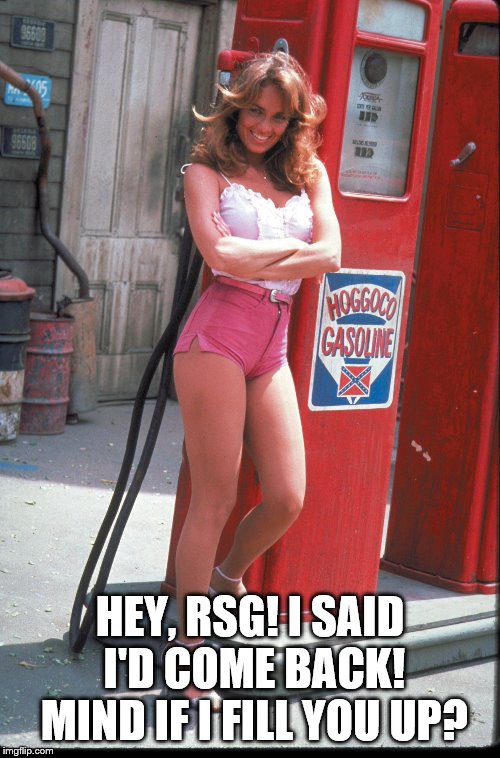 Um...I hope you mean either fuel for my vehicle or food and beer at the bar for me, Daisy. Welcome back! 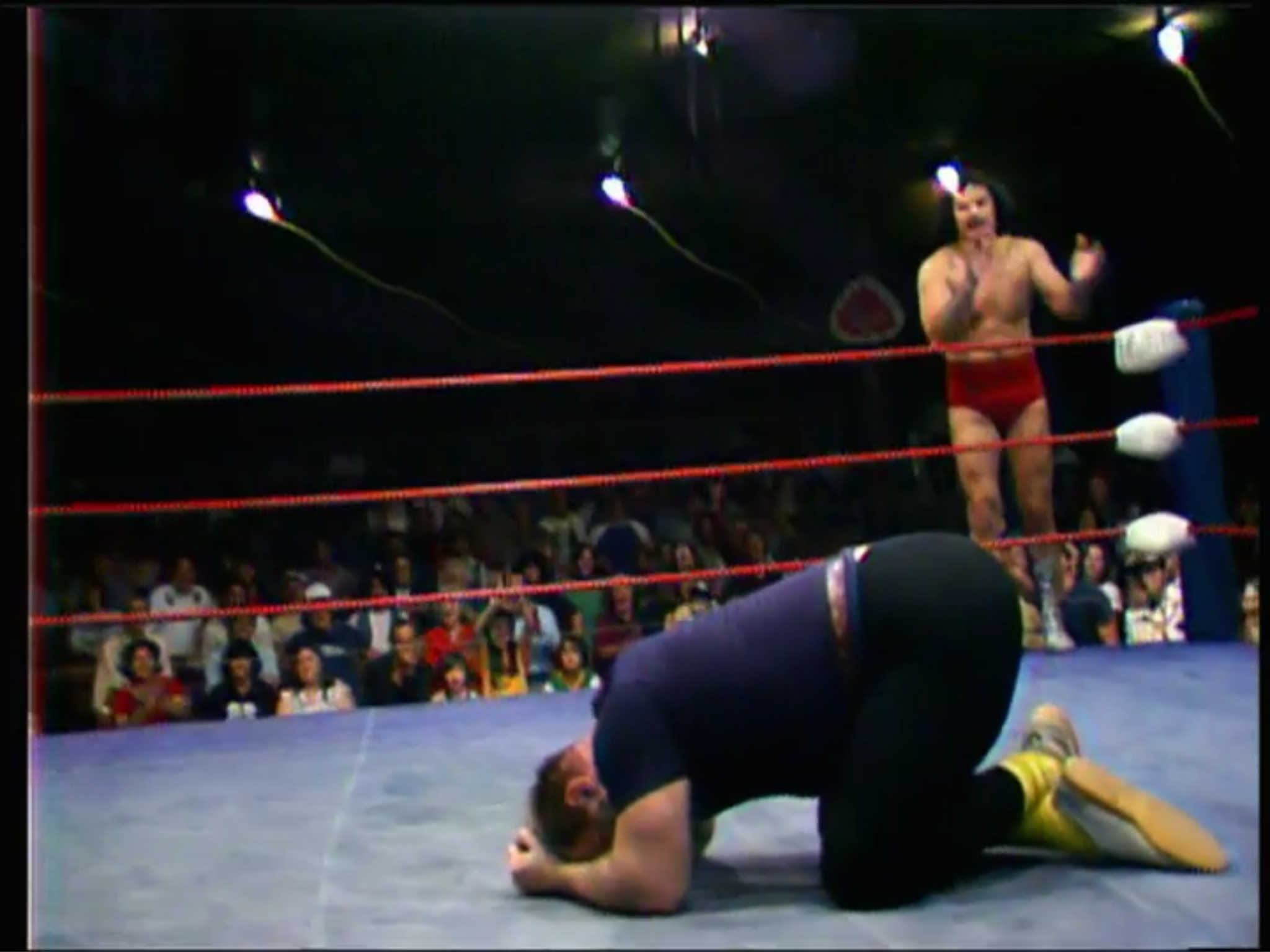 Summary: Once again, McGraw’s appeal made the match worthwhile, although Irwin’s selling was pretty good too.

After the match, referee Bronko Lubich storms the ring. While the combatants continue their skirmish, King Kong Bundy hits the ring to assist Irwin. He then slams Madril before McGraw chases Bundy and Irwin off. Consequently, Hayes reverses the decision and disqualifies Checkmate and Irwin. 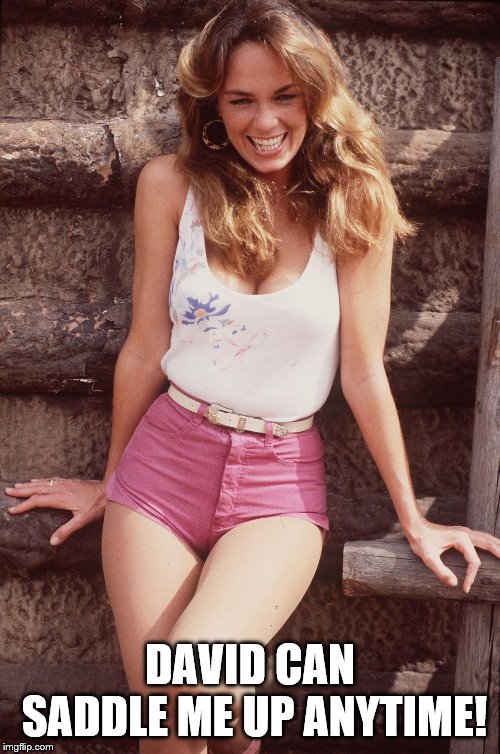 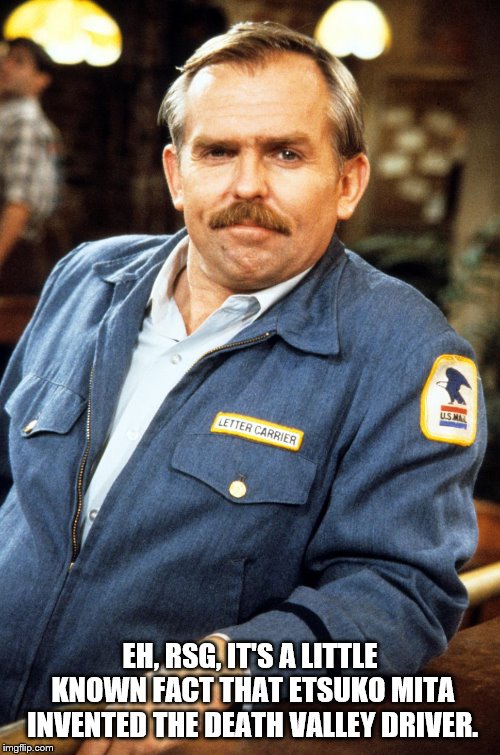 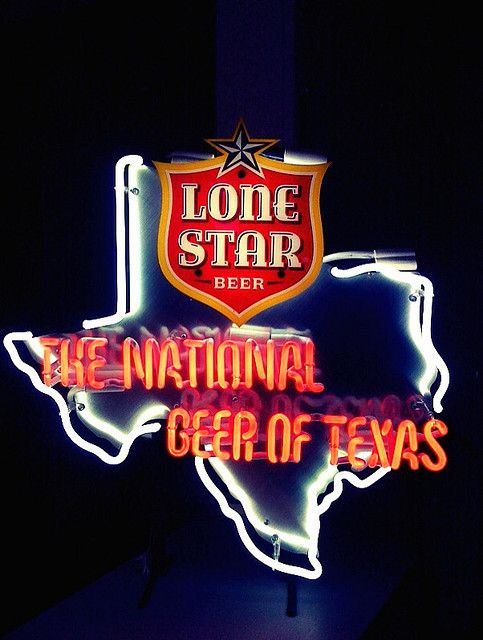 Summary: Without question, the Freebirds have become the best tag team in WCCW. Bundy and Irwin had better watch out, or their titles will be in jeopardy.

BOUNTY-GATE UPDATE: Bundy states that Gary Hart told him to go to Atlanta to retrieve something from NWA World champion “Nature Boy” Ric Flair. Before handing the check over, Bundy made a photocopy and later informed Fritz Von Erich about the bounty. Since he was on strike, Bundy settled for $5,000 as payment for providing the evidence. 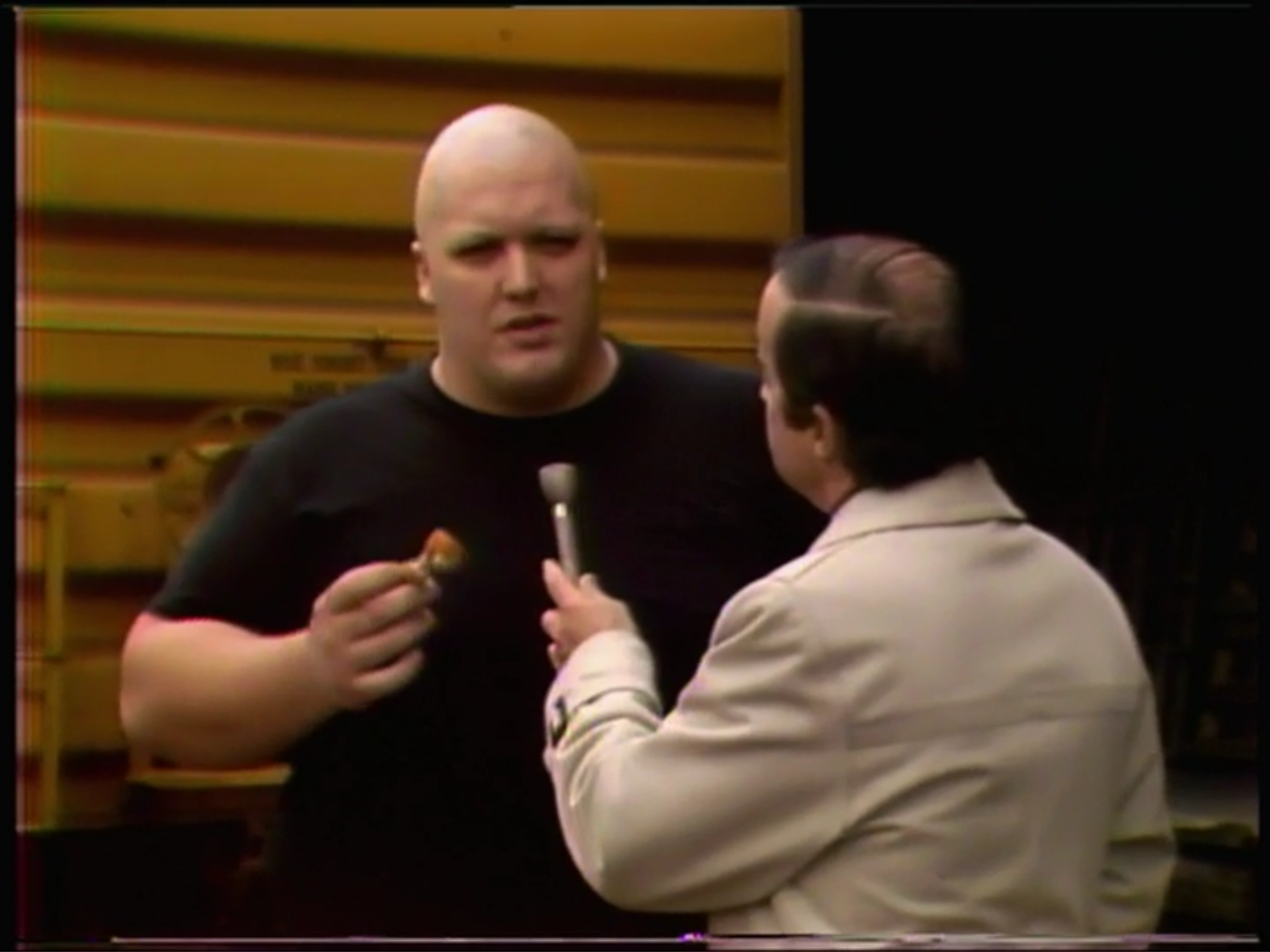 He then spoke to his Atlantic City attorney Saul Goldberg about terminating his personal services contract with Hart. Next, he name-drops “matchmaker” Ed Watt and wants a match against Kabuki. I smell a face turn although that could be Bundy’s fried chicken. 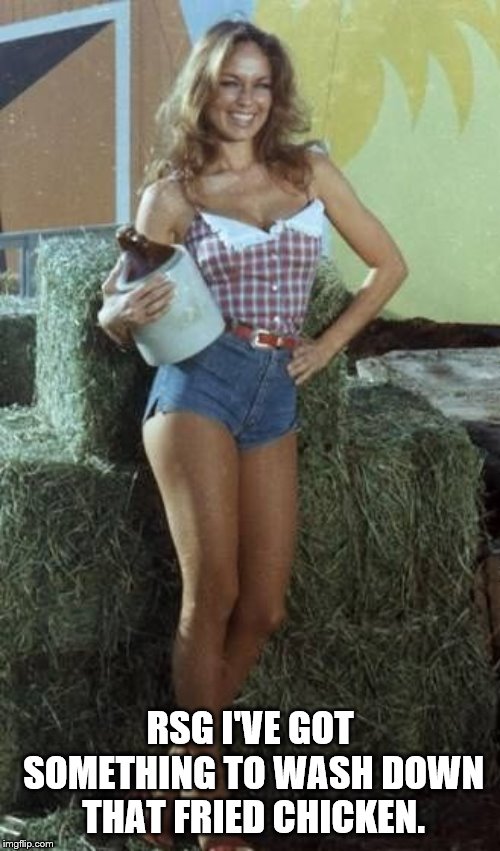 No, thanks, Daisy. I’ll just have another Lone Star please.

Afterward, Mercer attempts to contact Flair to get his reaction but comes up empty.

Before the program ends, Mercer and Saldi interview Kerry at the broadcast table. Kerry mentions that he’s at 90% but is still aiming for Flair. He then states that he’ll be ready for him in “about a month.” 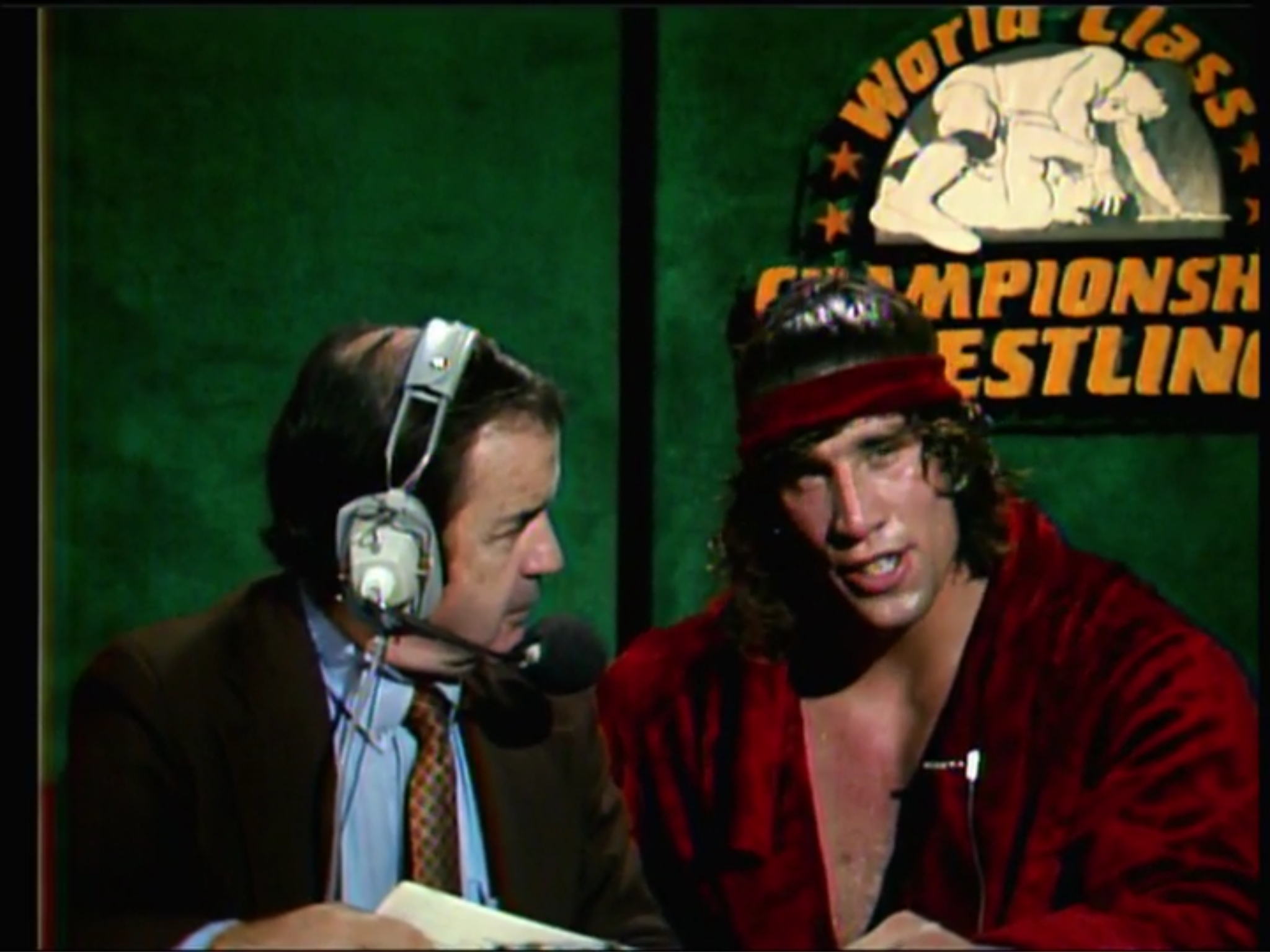 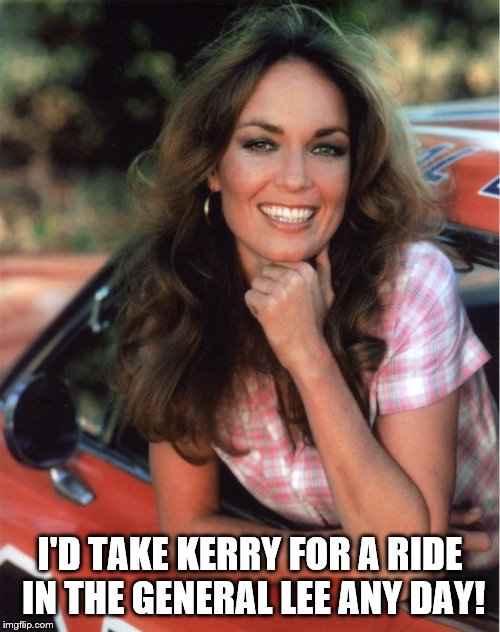 Conclusion: With the Bundy face turn, the Freebirds-Dragon/Kabuki match, and some Von Erichs tossed in, this was a solid episode. Wouldn’t you recommend it, Daisy? 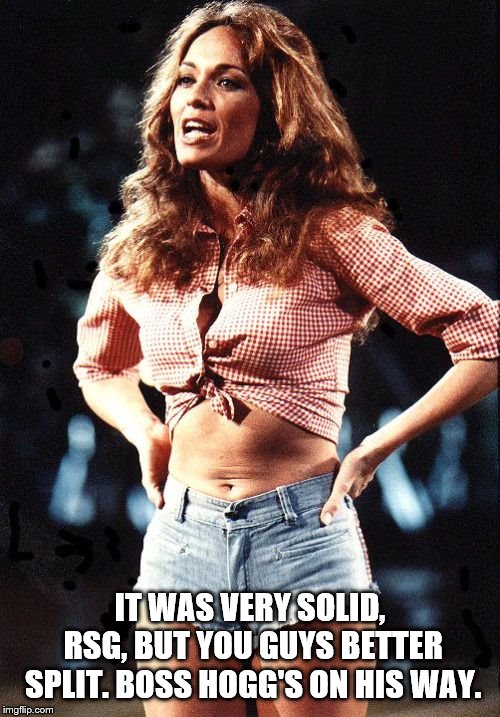 Yes, ma’am! Thanks for the company!