Can Kerry outmuscle Reed in an arm-wrestling match? How will Kerry and Mike fare against Devastation, Inc.? What surprise does this episode have for us? And who will be joining me for this roaring episode? 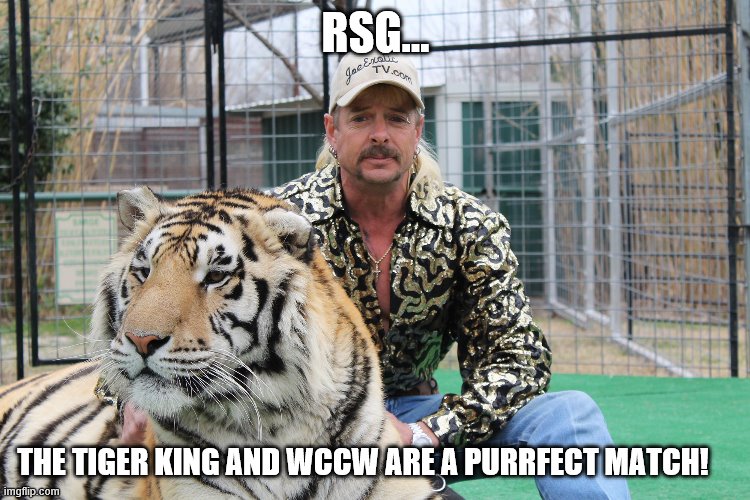 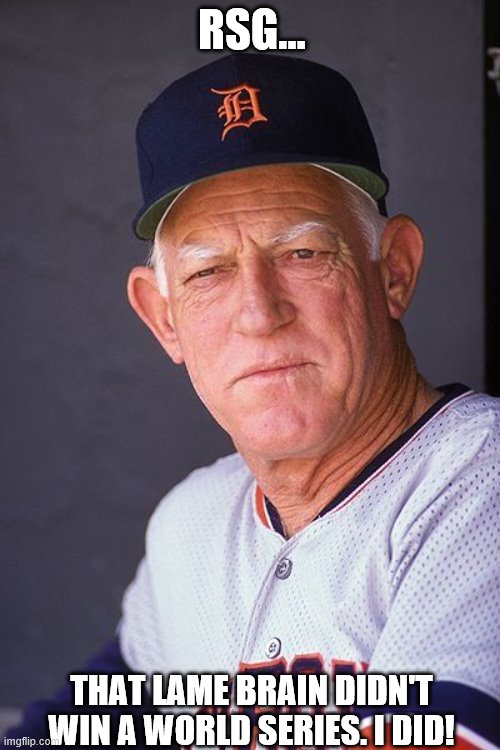 Sparky! Tell us how you really feel.

By the way, where the FUCK are the Freebirds?

OK, I’ll level with you. They had a two-month stint in the World Wrestling Federation as Vince McMahon needed some Georgia blood on his TBS show. Obviously, the Freebirds were TOO BIG for the WWF, so they returned to WCCW. But for what reason?

To begin the show, we revisit last week’s episode for Sunshine’s return via helicopter and highlights of the mixed tag match. We then head to Fort Worth where Marc Lowrance interviews Stella Mae French who states that Sunshine has returned to Florida. Suddenly, Gino Hernandez interrupts, and Nickla Roberts attacks her. Nickla then DDTs French and cuts her hair. How dastardly! Next, Lowrance interviews Hernandez, but Sunshine emerges to confront him. Hernandez laughs at her until Sunshine maces him. Awesome! Nickla tries to attack but gets a face full of mace too. 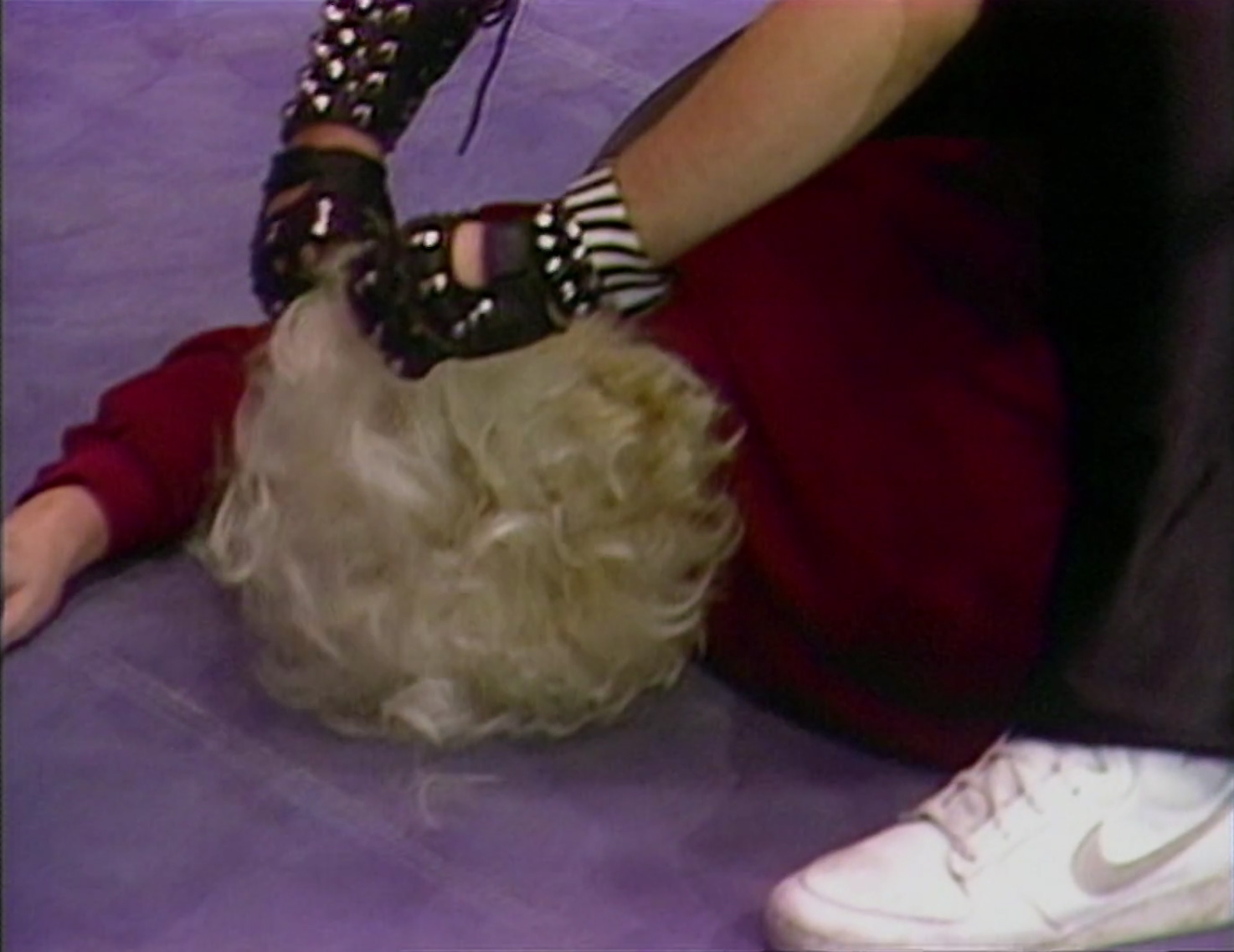 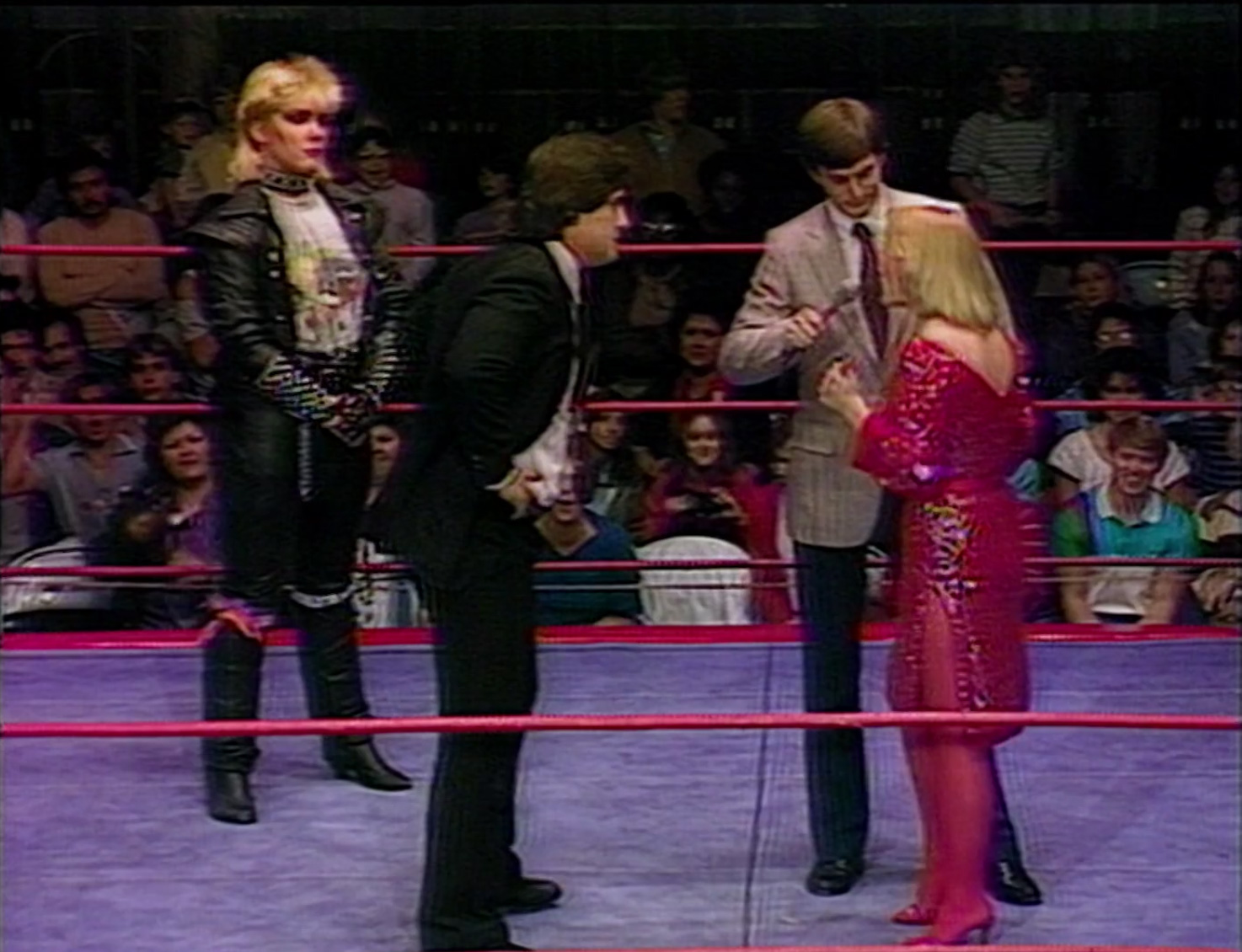 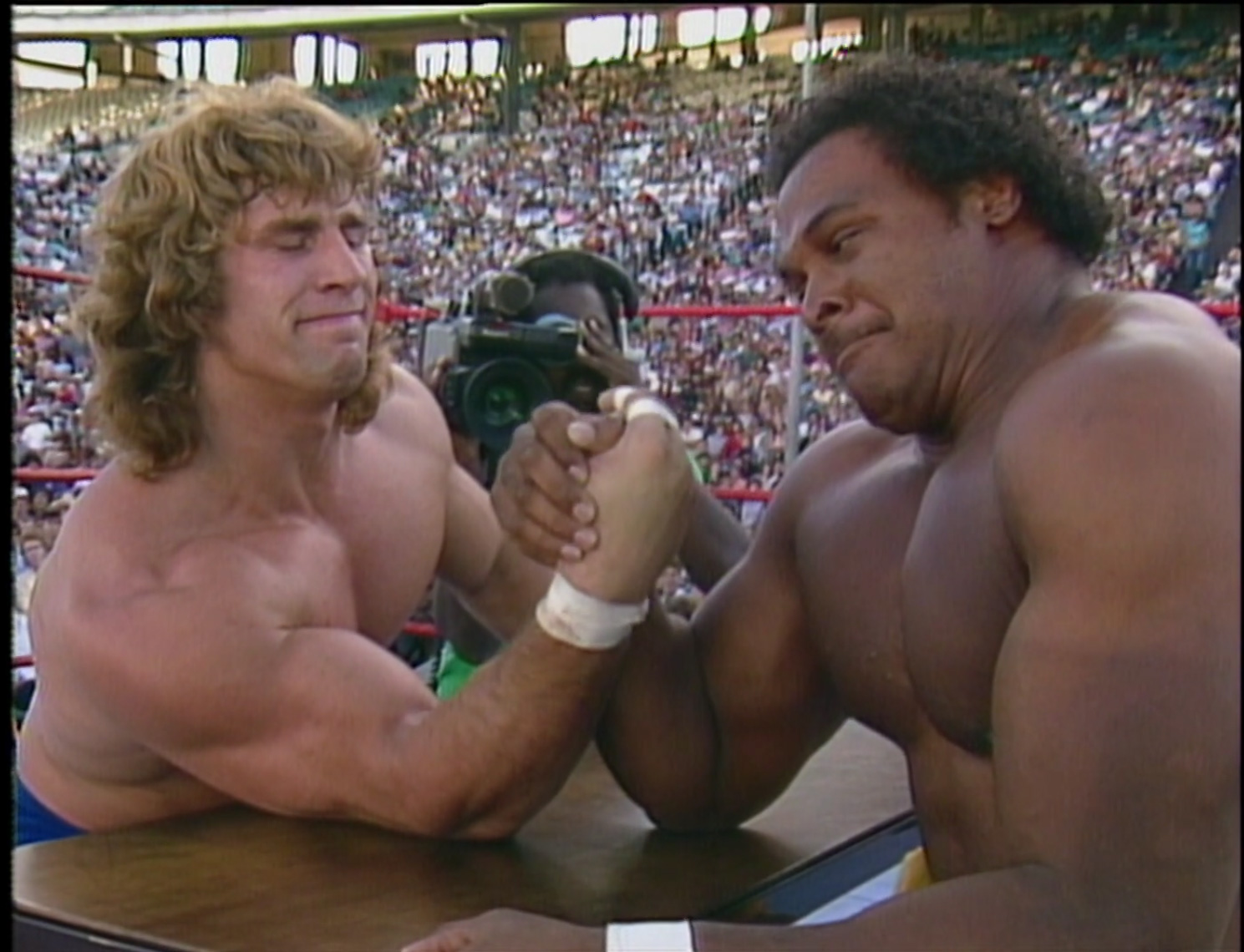 After the match, Reed complains by ramming a chair into the ring post. And you guys thought Jericho invented that.

Following a commercial break, we revisit…

OH MY GOD! The Freebirds are back! Double woohoo!

Nevertheless, we revisit the infamous van interview where Gordy loses his shit about Khan. If you’ve never seen this interview, you owe it to yourself to do so. We then see an Irwin-Mike match interrupted so that Khan and Gordy can wage war RIGHT THIS INSTANT. Without question, mayhem ensues. It’s amazing that the Dallas faithful loves the Freebirds except when they face the Von Erichs. They were definitely the prototype for “cool heels” and a breath of fresh air on the babyface side.

We then head to Fort Worth (taped 11/5) when Khan defeated Skip Young. After the bell rings, Gordy returns to brawl with Khan. Although both Akbar and referee David Manning try to intervene, they get either nailed or ejected by Gordy. 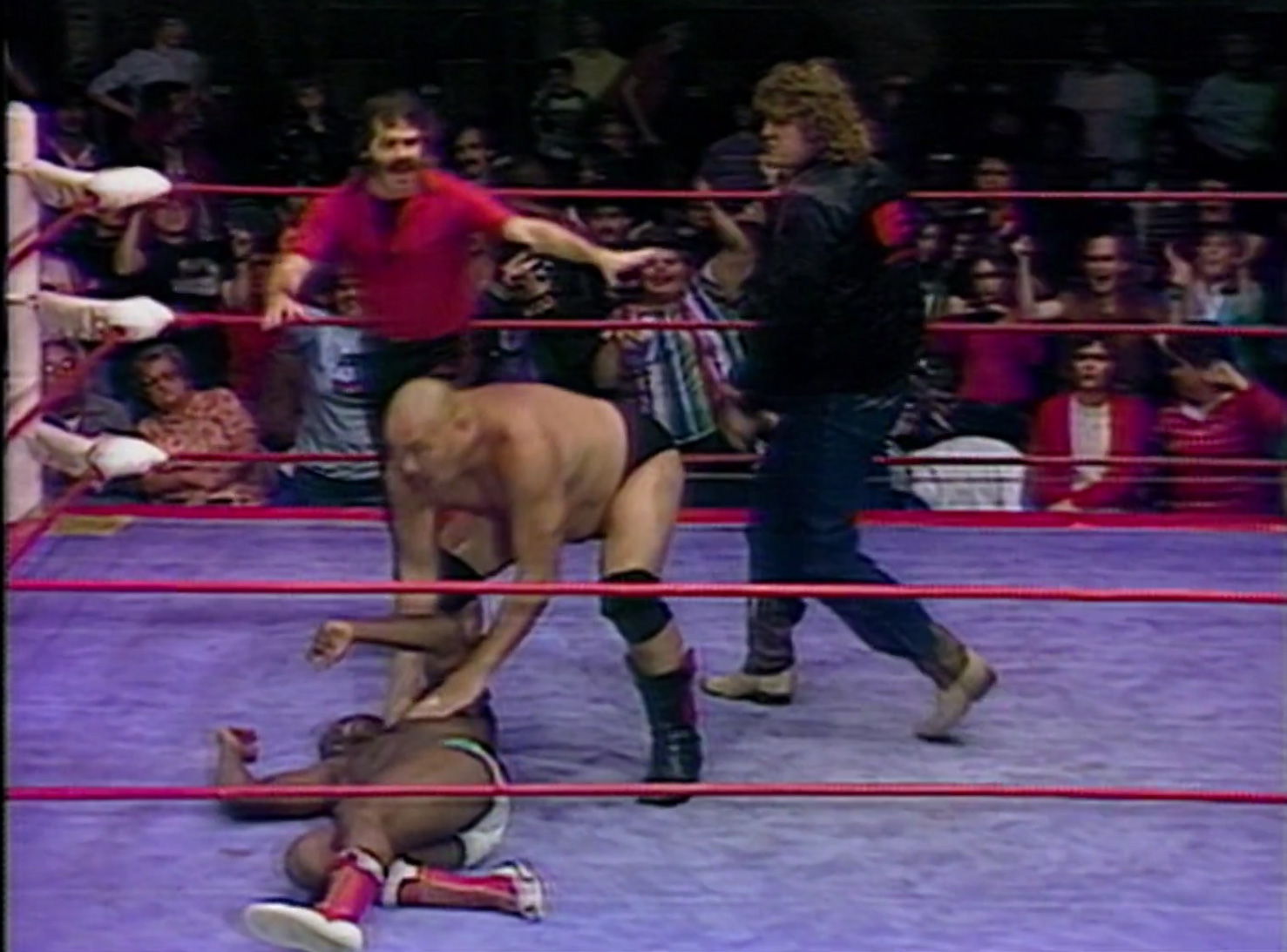 Following a commercial break, we revisit the “superkick heard ‘round the world” which launched “Gentleman” Chris Adams’ heel turn. Afterward, Mercer interviews Kevin about the nightmare at the Cotton Bowl. Kevin vows to make Adams feel the same pain Kevin experienced. Mercer wants to review the tape, but Kevin’s too angry and storms off. Nonetheless, we revisit the Adams-Kevin match at the Cotton Bowl along with the chair shot that split Kevin wide open hardway. 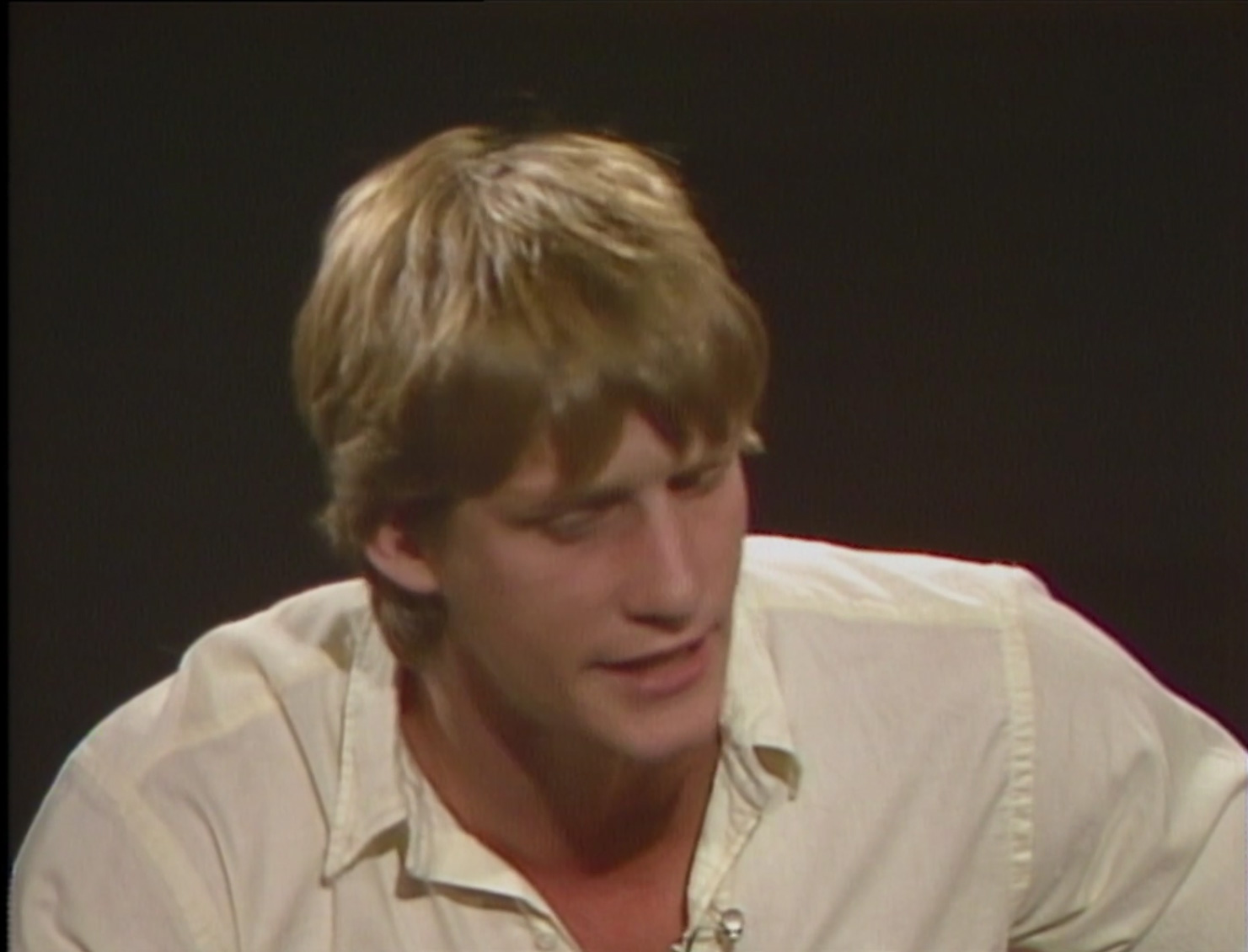 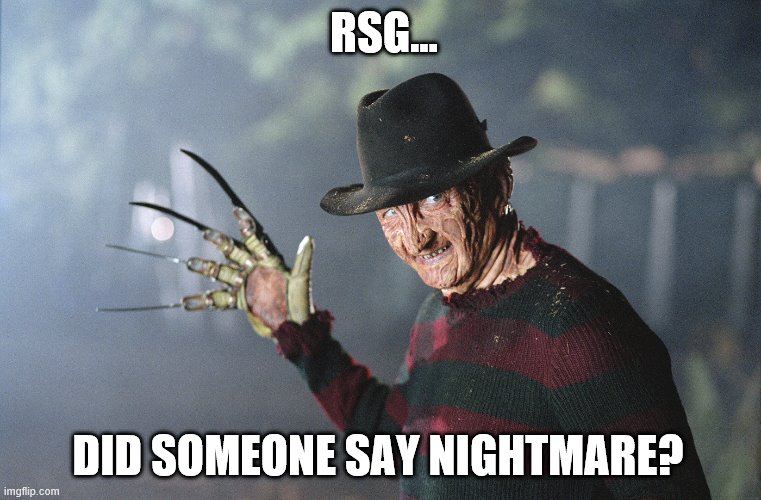 Cool it, Freddy! Nancy took away all your evil powers.

Summary: The match was a mere backdrop for Gordy’s well-received return to the Sportatorium.

Before the show leaves the air, Mercer interviews Gordy who “wants some of” Khan. 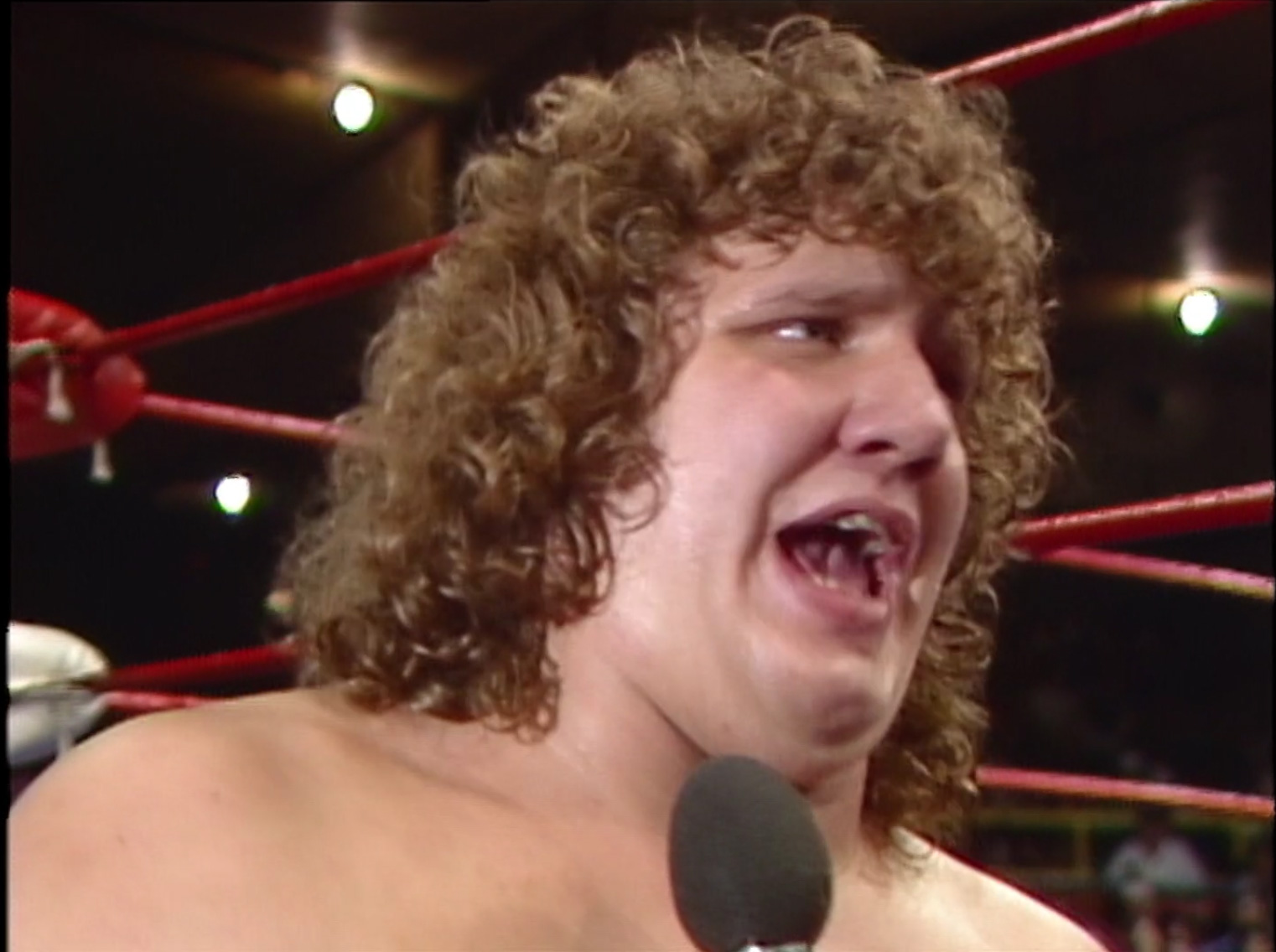 Conclusion: If there ever was a clip show for wrestling, this episode is IT. However, with the return of Gordy, the episode gets salvaged and is worth seeing. WCCW sorely missed the Freebirds. With the Thanksgiving show on the horizon, I can’t wait to see how they will be involved. Needless to say, but I’m certain we can bet on a match between Gordy and Khan. What’s that, Kirk? 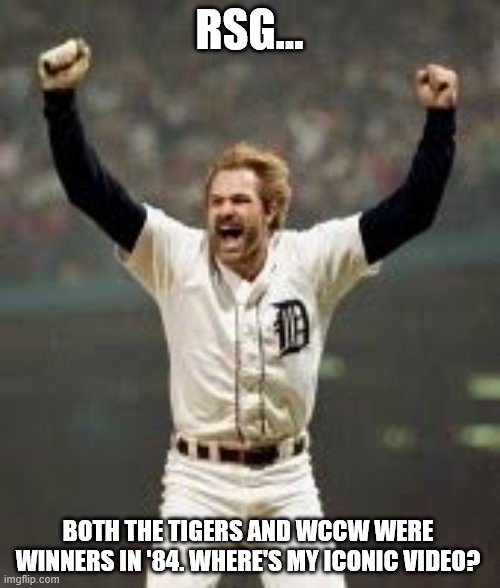 Congratulations, Kirk! This shot sealed the fate of the San Diego Padres. Hope to see you again soon!