This reflection is dedicated to the memory of Christopher Pallies, a.k.a. King Kong Bundy. He has a pair of roles in this episode. Let’s see what happens! 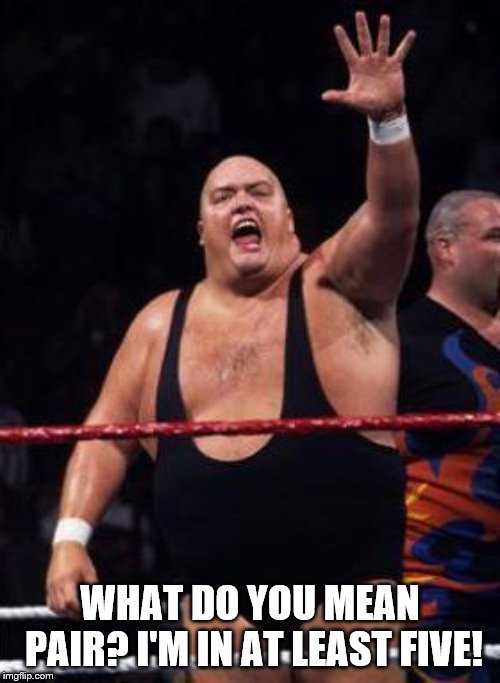 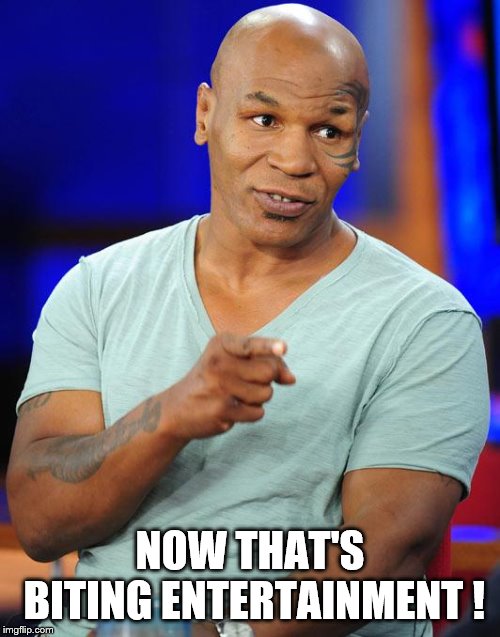 Summary: What a difference these guys make on the wrestling scene in Dallas--fluid teamwork, charisma to excite the Dallas faithful, and much better workrate than in previous months.

Summary: Showcase match for Kabuki. On a scale of one to one hundred, how do you rate this match, Mr. Bundy? 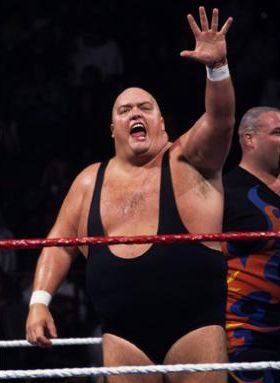 After the match, Hart puts the loafers to Olivares and Samoan while Kabuki distracts referee Bronko Lubich. Bundy then enters the ring and grabs the microphone. As he Instructs Hart to exit the ring, Bundy refers to Kabuki as a “chinaman.” Kabuki then pulls out his nunchucks causing Bundy to exit the ring. Upon appropriating a chair, Bundy returns, but Hart controls the chaos.

At ringside, Saldi interviews Kerry Von Erich who wants revenge against Kabuki for injuring him. 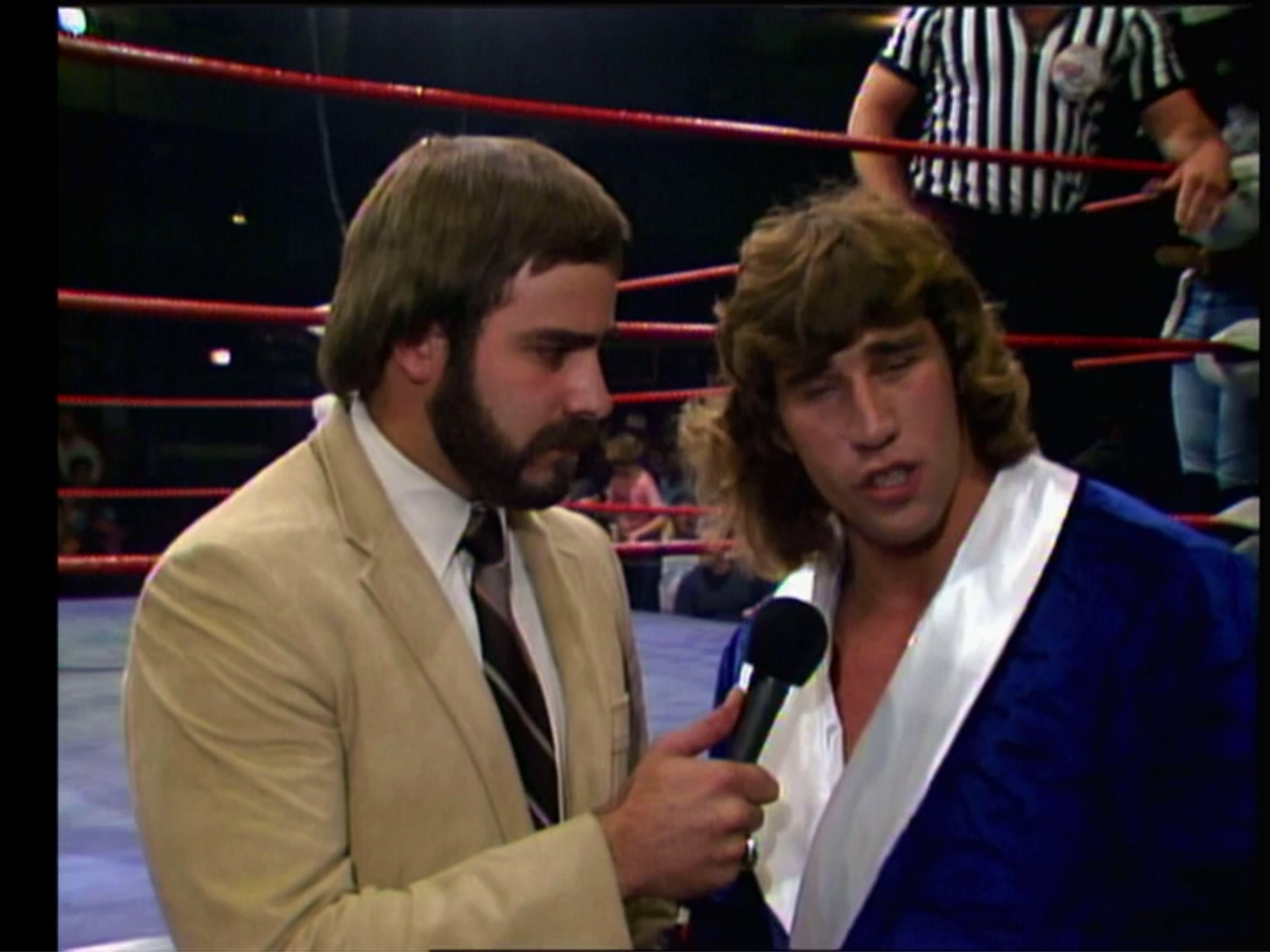 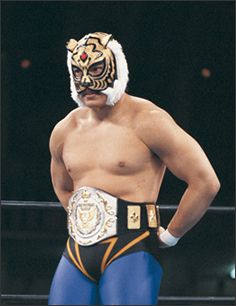 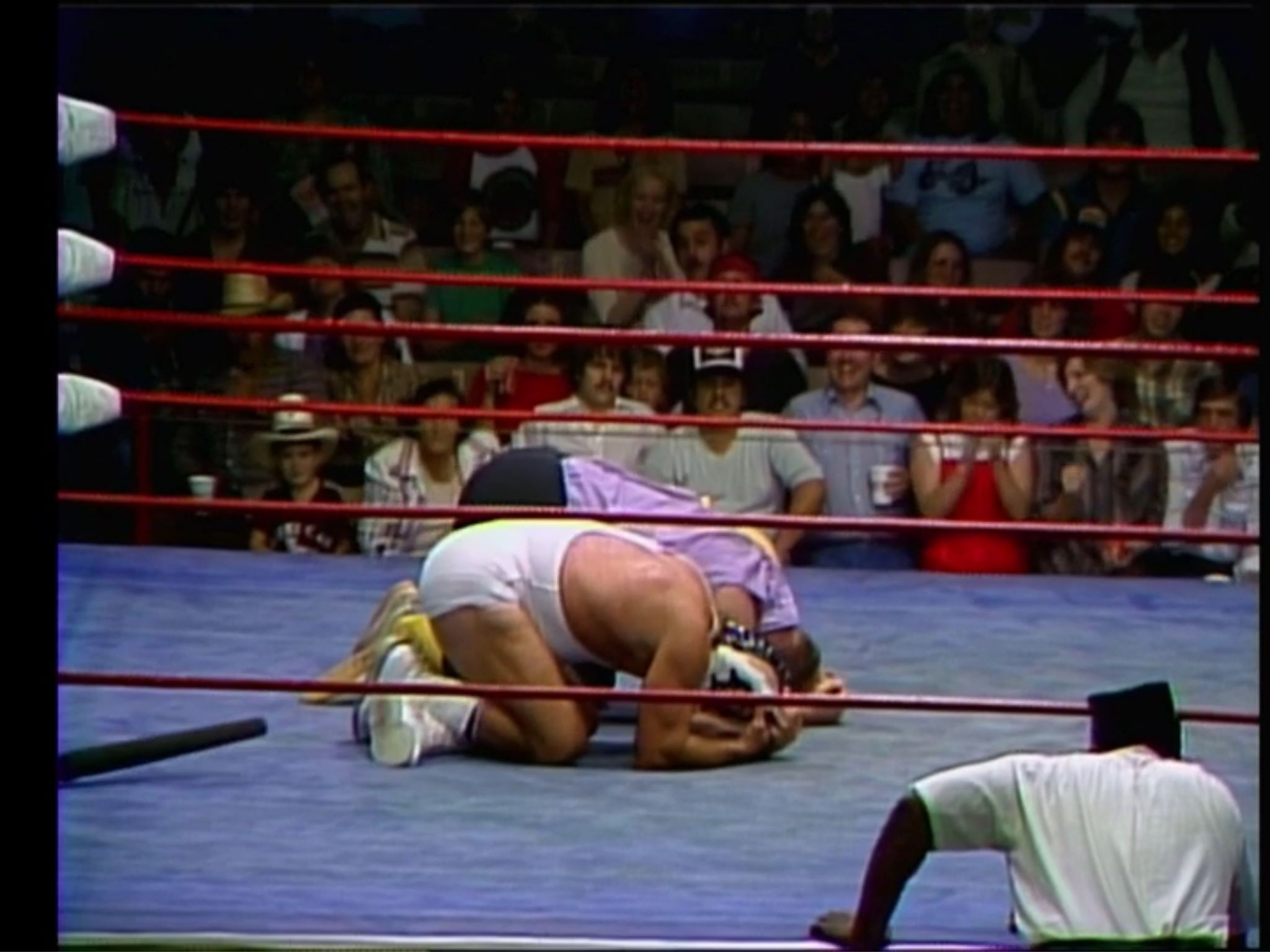 Summary: Complete contrast of styles that didn’t work whatsoever. Thank goodness McGraw was over; otherwise, this would have been horrendous.

BOUNTY-GATE: At “World Class Studios,” Fritz Von Erich produces a photocopy of a check from “Rick Flair” to Gary Hart for $12,500. He believes it to be proof of a bounty paid to Hart. According to Fritz, King Kong Bundy provided the evidence in exchange for $5000. Also, the NWA decreed that Kerry deserves a “championship match for the World title.” He then cuts a promo on Kabuki and Hart. Details of the championship match have yet to be determined. 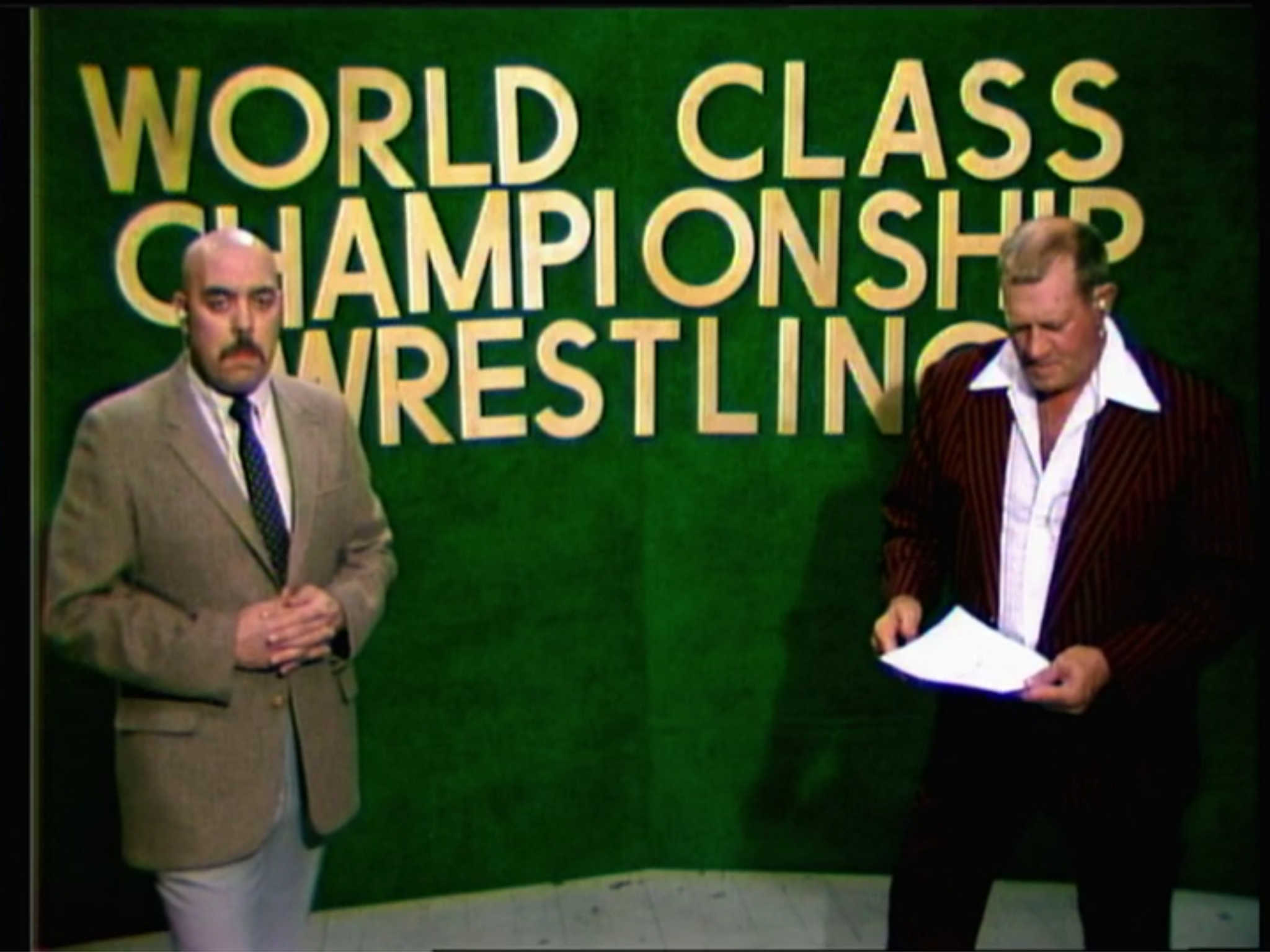 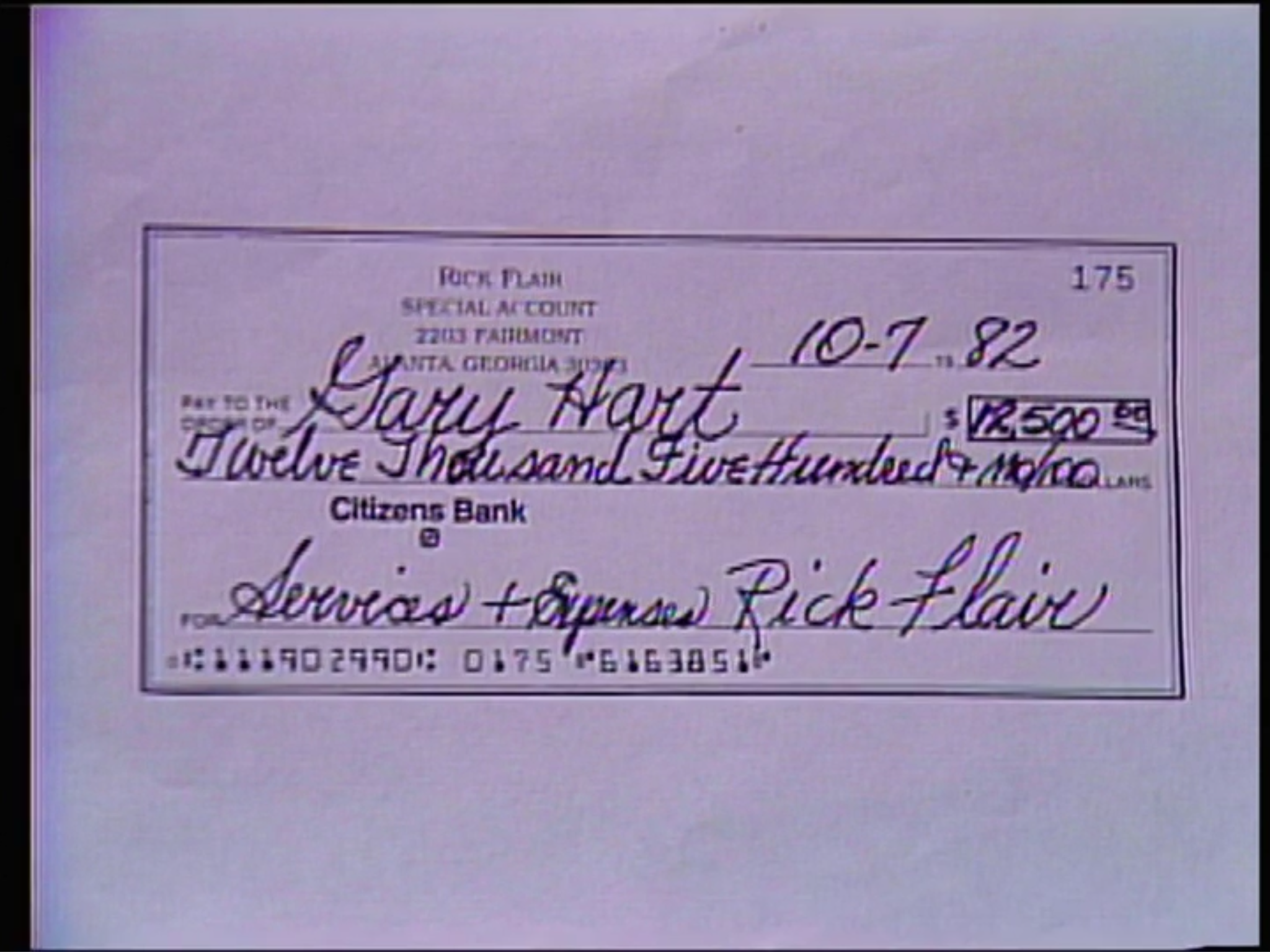 Following a commercial break, Bundy joins the broadcast booth and promises to return next week to describe his part of the bounty story. 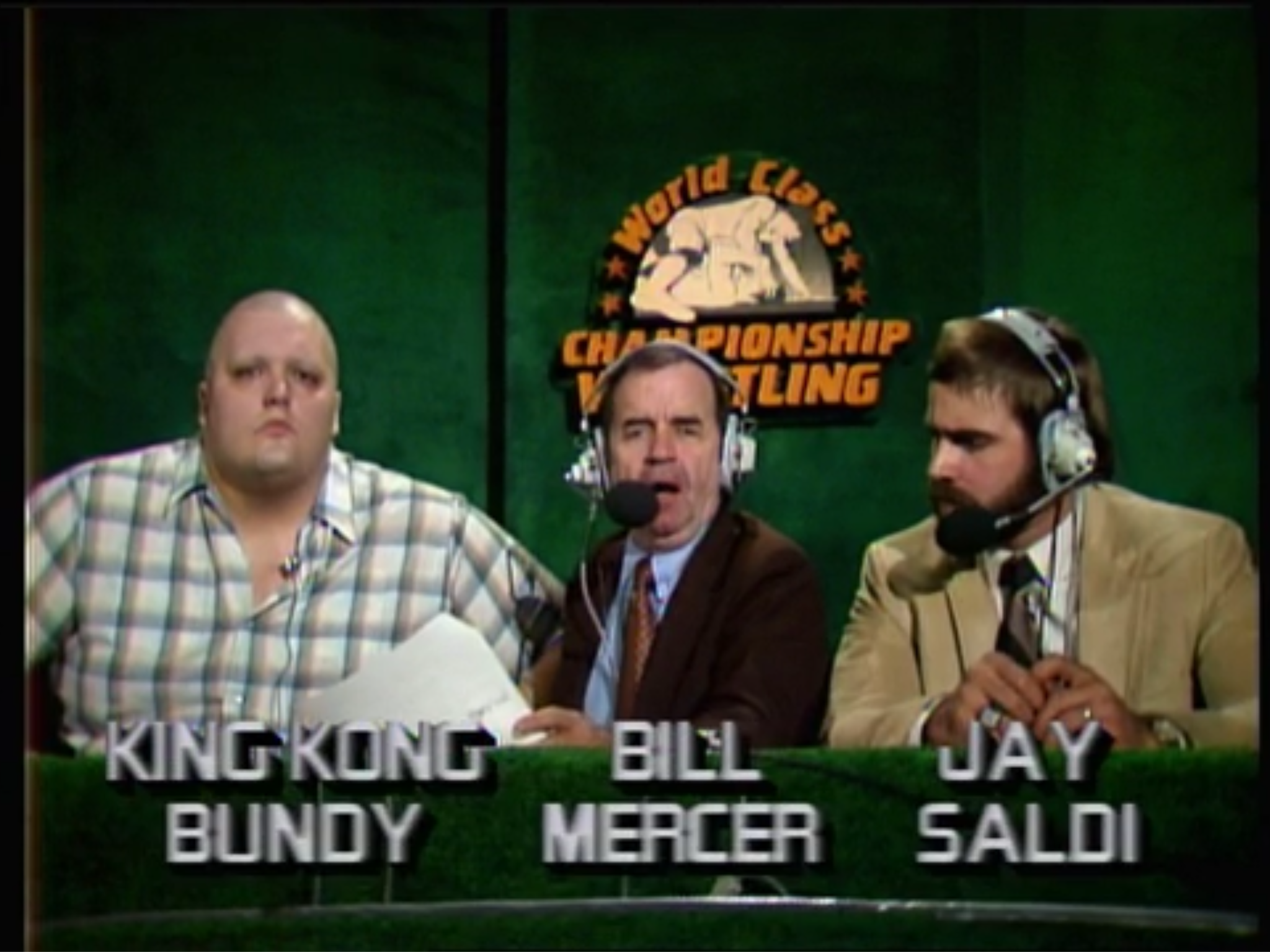 Conclusion: The secret of the bounty has been unraveled, and the foundation for Kerry’s path to the NWA World title begins with Kabuki and ends with Flair. While the Freebirds’ match was really good, the wrestling on the rest of the card was marginal at best. 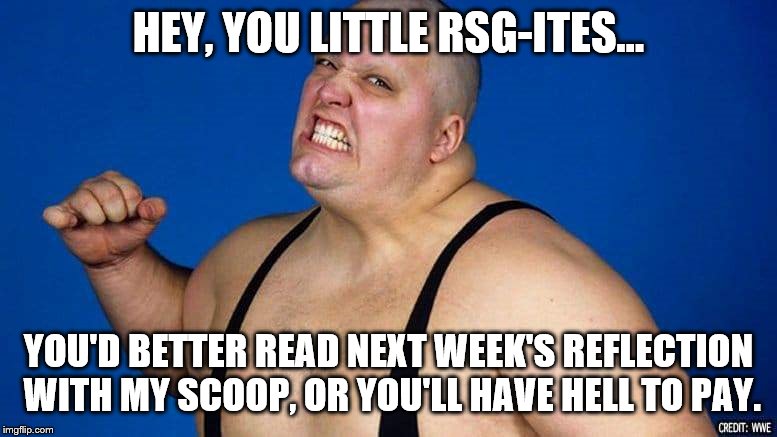 I think you’d better do what he says. RIP King Kong Bundy.