Will David succeed or will the “Captain” sink his battleship? Also, Ric Flair pays us a special visit while a Freebird makes his WCCW debut. 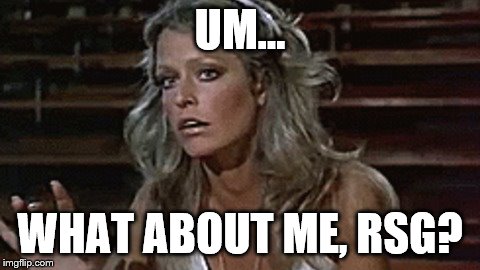 Now how could I forget about you, darlin’?

While Mercer and Saldi welcome us to the show, they introduce Dallas Cowboys defensive end Harvey Martin. 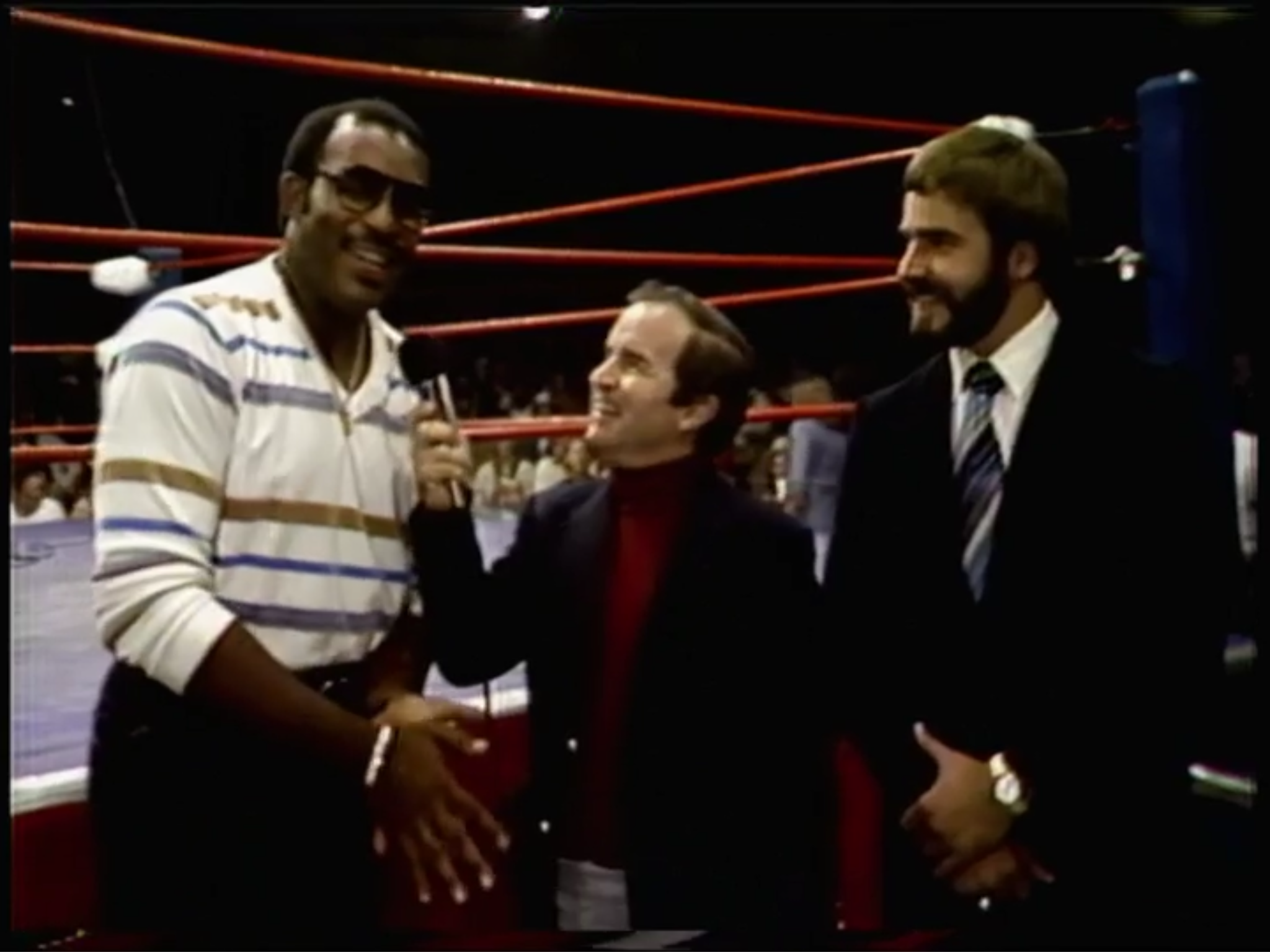 Prior to the opening match, Mercer interviews David Von Erich who states he has proof of the bounty on Kerry. Apparently, Kerry has been injured.

Summary: Showcase match for David as Dusek looks inept fighting with a referee.

Following a commercial break, NWA World champion “Nature Boy” Ric Flair discusses Kerry’s knee injury and subsequent surgery. When the topic of a bounty on Kerry arises, Flair denies any and all knowledge whatsoever. He then cuts a promo on Kerry while calling himself the “greatest wrestler ever.” 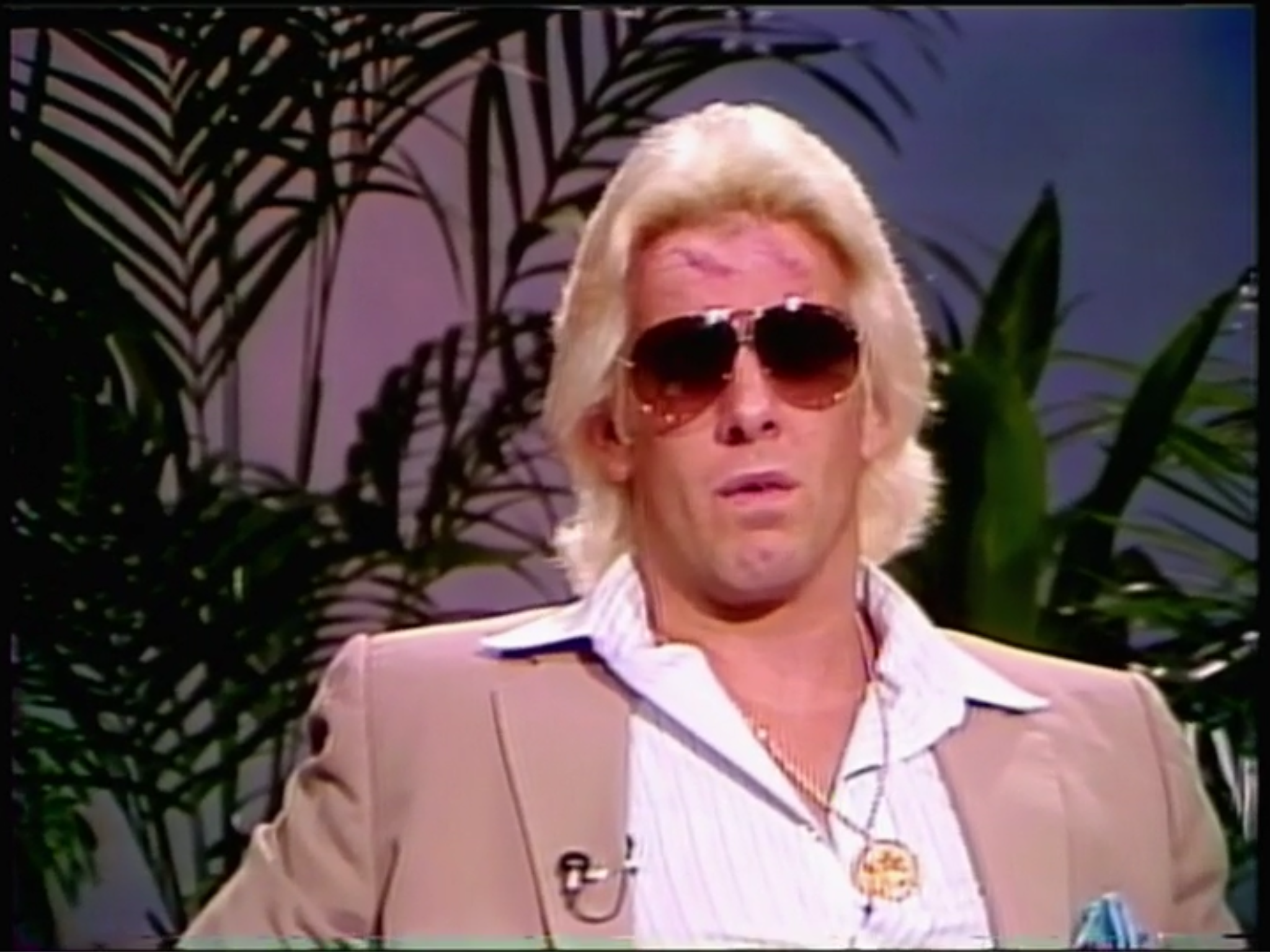 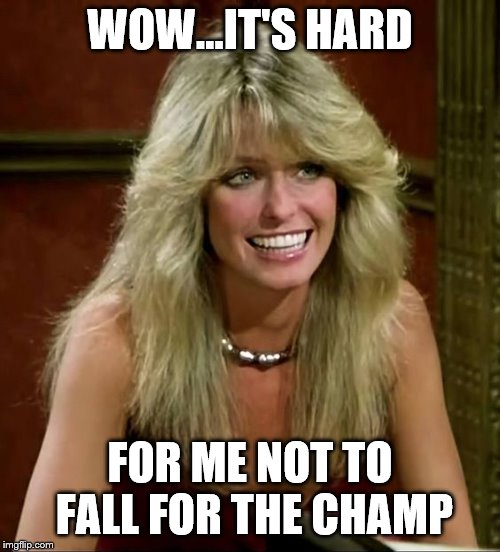 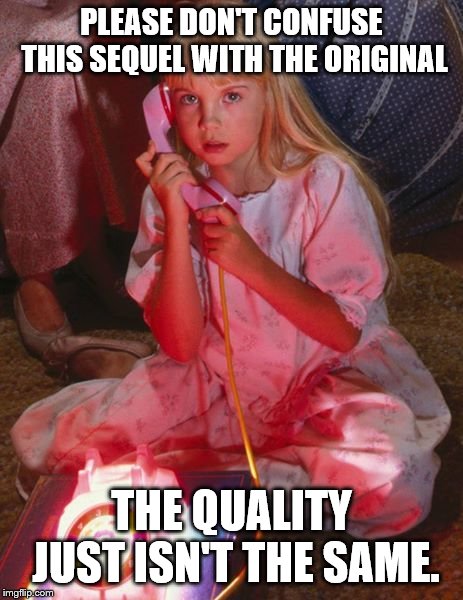 After the match, Renesto protests the use of a piledriver, but Hayes backdrops him. He then grabs the microphone, is ecstatic to be in Dallas, and promises to bring his “brother” Terry Gordy with him next time. Following that, he cuts an outstanding promo that the Dallas faithful enjoys. 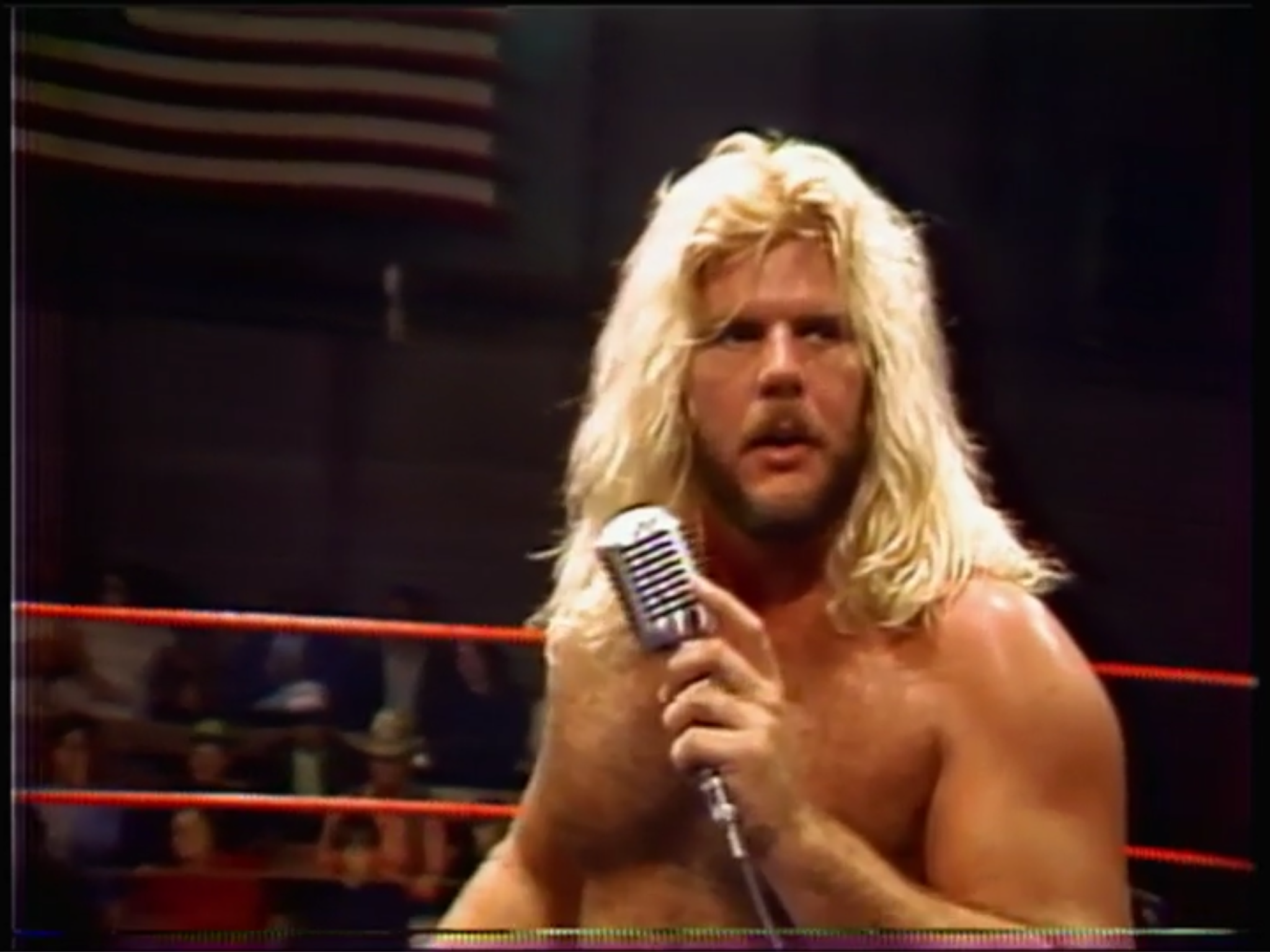 Before the show leaves the air, “Wild” Bill Irwin cuts a promo on Hayes whom he’ll face next week. 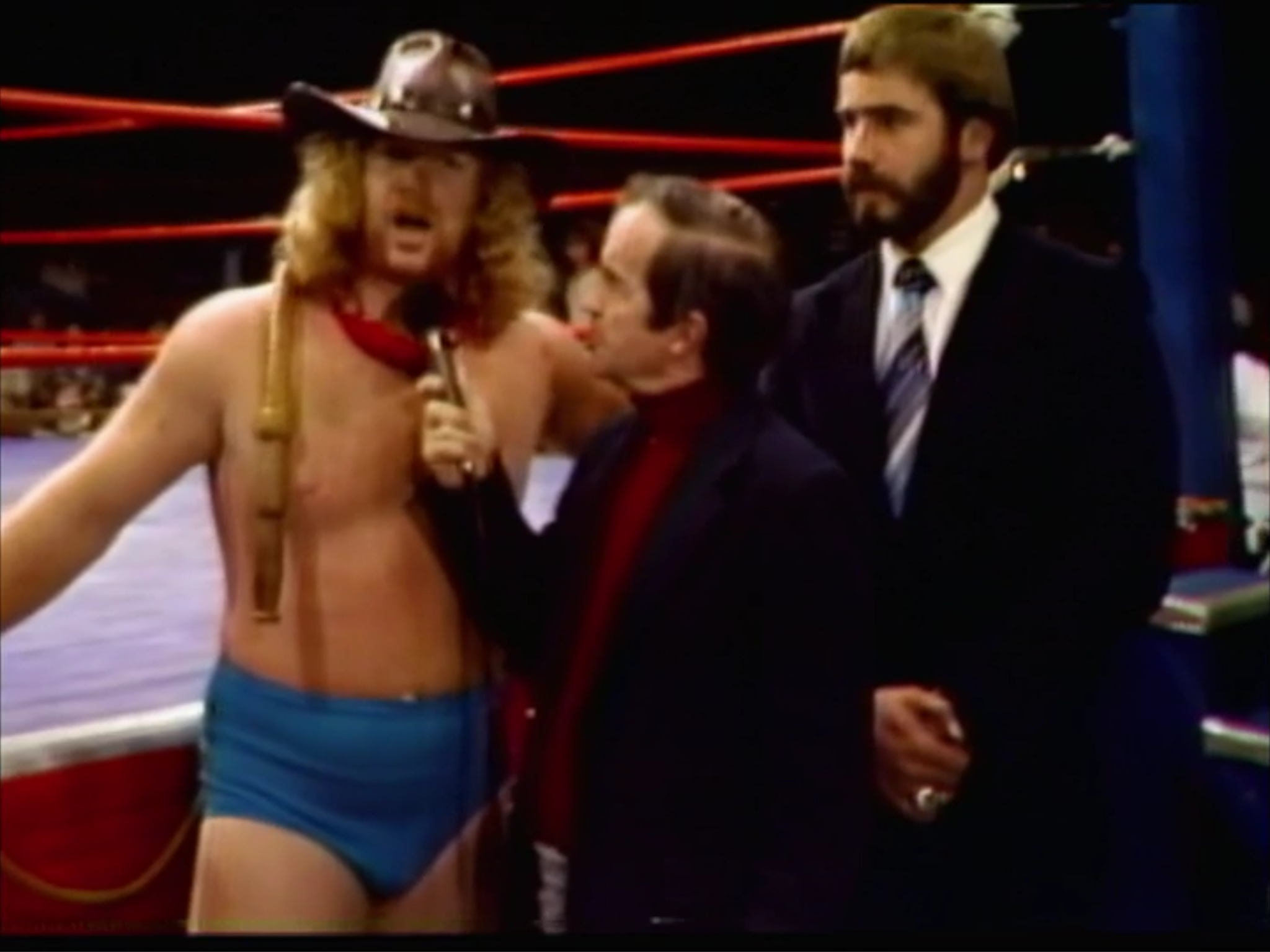 Conclusion: Come for the ‘rasslin’, but stay for the Hayes promo. I believe the Freebirds’ invasion of WCCW will be felt for years to come.

Jill, please grace us with your presence in the near future.