Can Kevin and Adams take down Devastation, Inc.? How will “Sweet Brown Sugar” fare against Austin? What does French have in store for Hernandez and his valet? And who will join me for this zero-gravity episode? 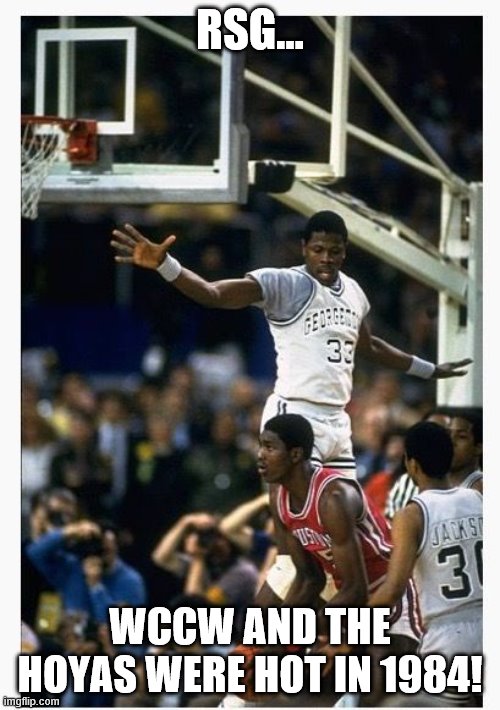 Patrick Ewing! Much like NC State in ’83, Georgetown was out to deny Houston a championship in ’84 with plenty of heart.

Summary: It’s obvious how hot it was in the ring based upon the amount of sweat exerted during rest holds.

Following a commercial break, Marc Lowrance interviews Stella Mae French in the parking lot. French arrives in her prized possession—an eighteen-wheeler. Upon exiting the vehicle, she cuts a promo on “this broad” (a.k.a. Nickla Roberts) while carrying a big stick. While WCCW refers to Nickla as “Andrea” I’m not a big fan of the nickname. 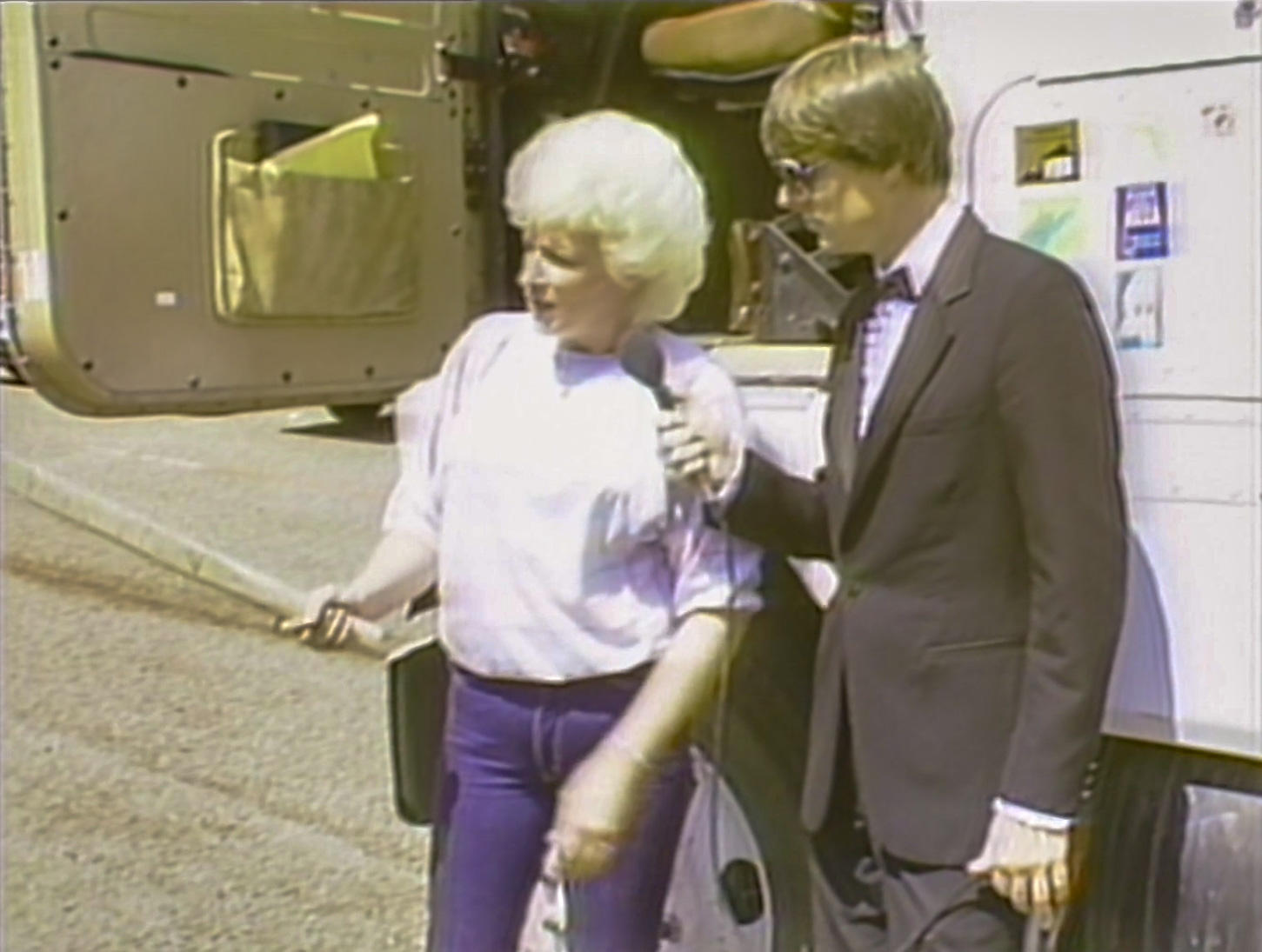 From the locker room, Lowrance interviews Roberts who “underestimates” Adams. Afterward, Akbar complains about cameras in the locker room then promises Devastation, Inc. will attain the six-man titles from the Von Erichs. He then cuts a promo on Hart about a five-minute challenge in Fort Worth. 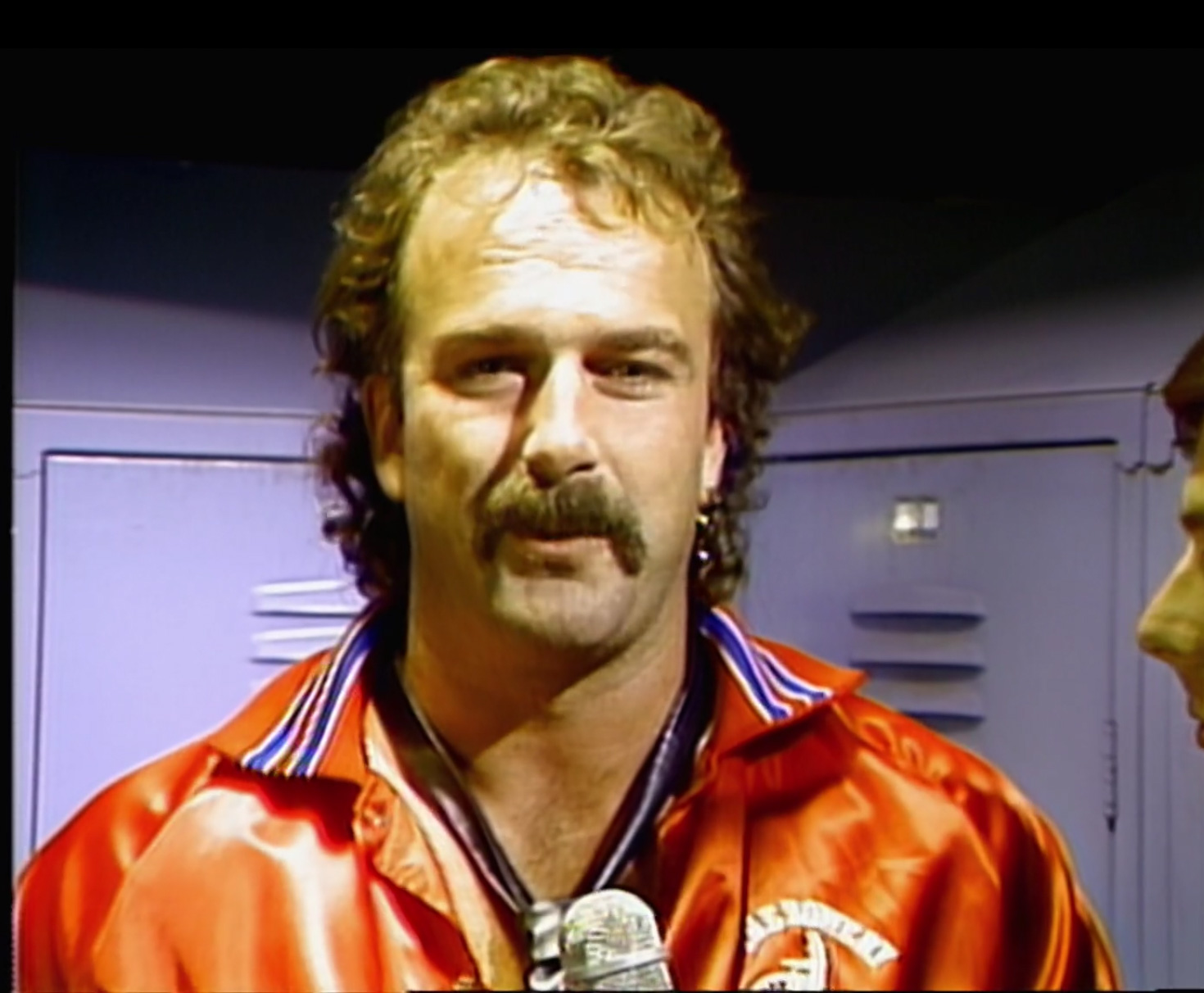 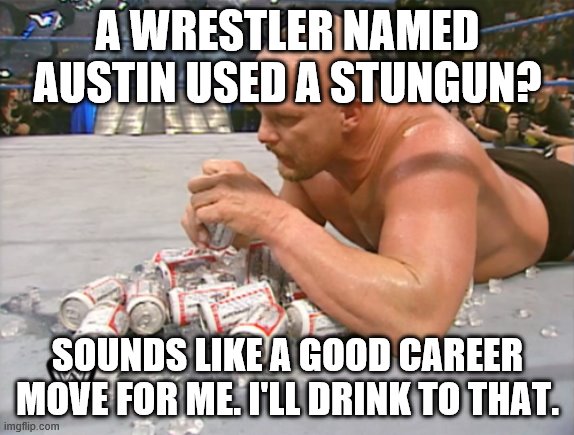 Summary: While the Austin brought some workrate, Young used technique and savvy to beat one of his rivals. What’s that, Patrick? 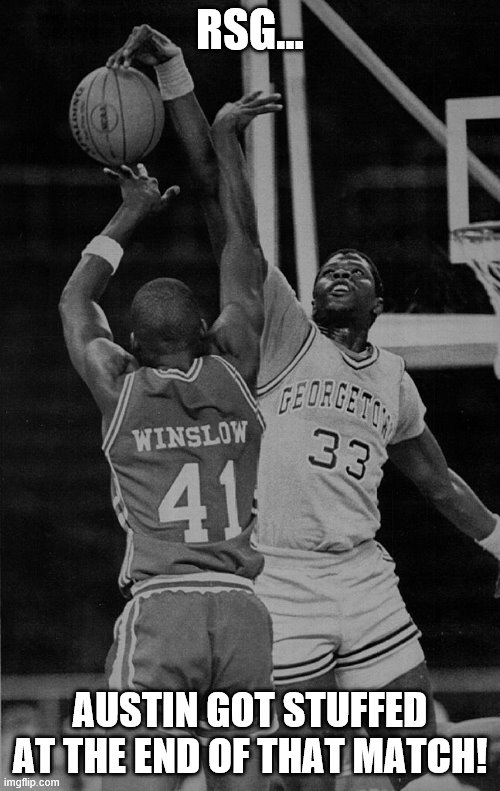 Very appropriate, Patrick. Oh, what time is it?

After the match, the Pretty Young Things double-team Young until Young falls out of the ring. 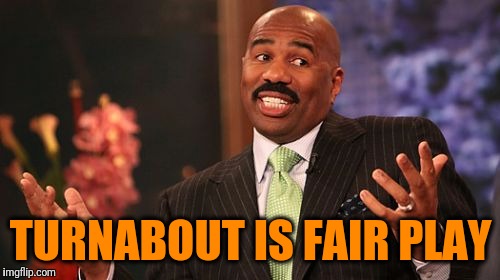 Summary: Tremendous main event with Kevin and Adams succeeding thanks to Hart’s interference.

After the match, a determined Kevin maintains his Iron claw upon Khan. Akbar steps into the ring, and he and Scott double-team Hart. When Adams returns to send Scott reeling, Hart POUNDS Akbar to a mighty ROAR.

Ok, much more energetic that that.

Conclusion: The tandem of Kevin and Adams appear to be a solid duo with Hart at the helm. While Young grabs victory from Austin, the Pretty Young Things made sure he remembers their name. French has an equalizer for Hernandez and his valet, and Roberts wants a piece of Adams. What do you think, Patrick? 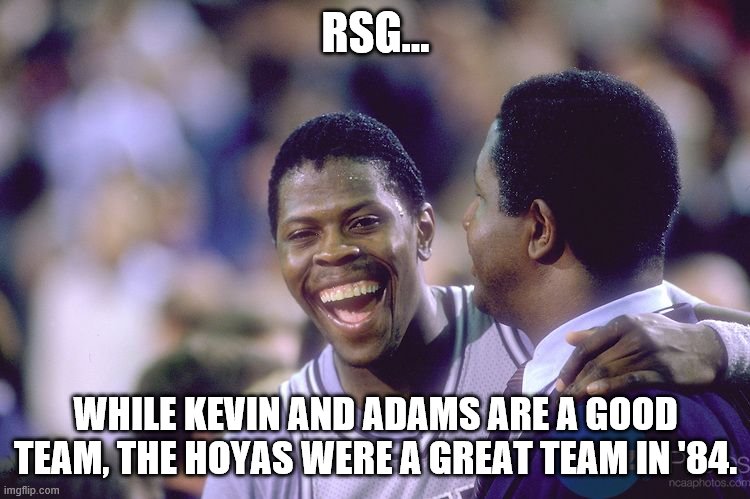 That’s the absolute truth, Patrick. Thanks for coming and not posterizing me!