Can Kevin and Adams dismantle Gordy and Khan? Will Strongbow chop the “Handsome Half-Breed" down to size? And who will join me for this industrial episode? 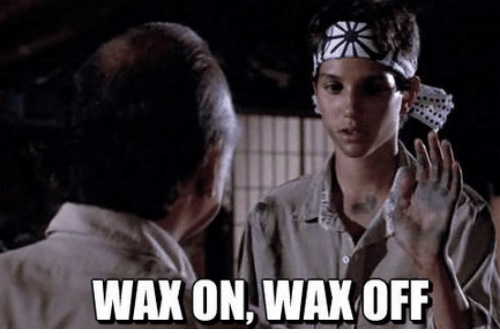 Daniel, always believe in yourself and your own free will. 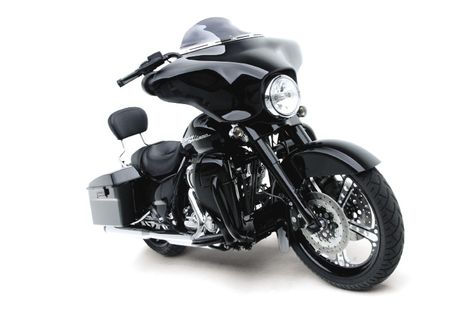 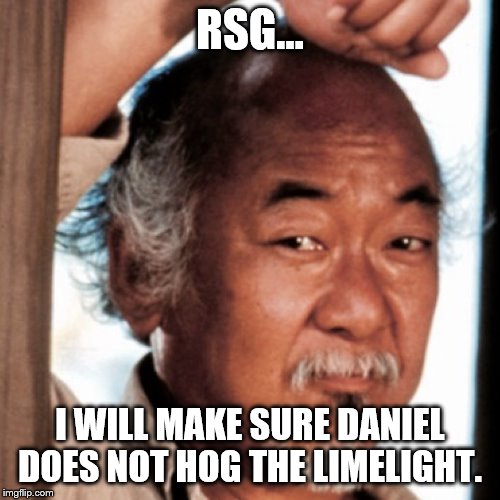 Prior to the next match, Mercer shills Requiem to a Champion.

Summary: The underdog story in wrestling never gets old, and the Dallas faithful loved watching Roberts lose again. He’s such a bully!

Following a commercial break, we revisit the final to the Texas title tournament held in San Antonio on 6/24. While Mercer is unsure of how Hernandez won the title, it appears that Kerry interfered causing Hernandez to defeat “Nature Boy” Ric Flair by disqualification. Within the clip, Kerry gorilla-press-slams Flair, but Hernandez WHACKS Kerry with the Texas title belt. 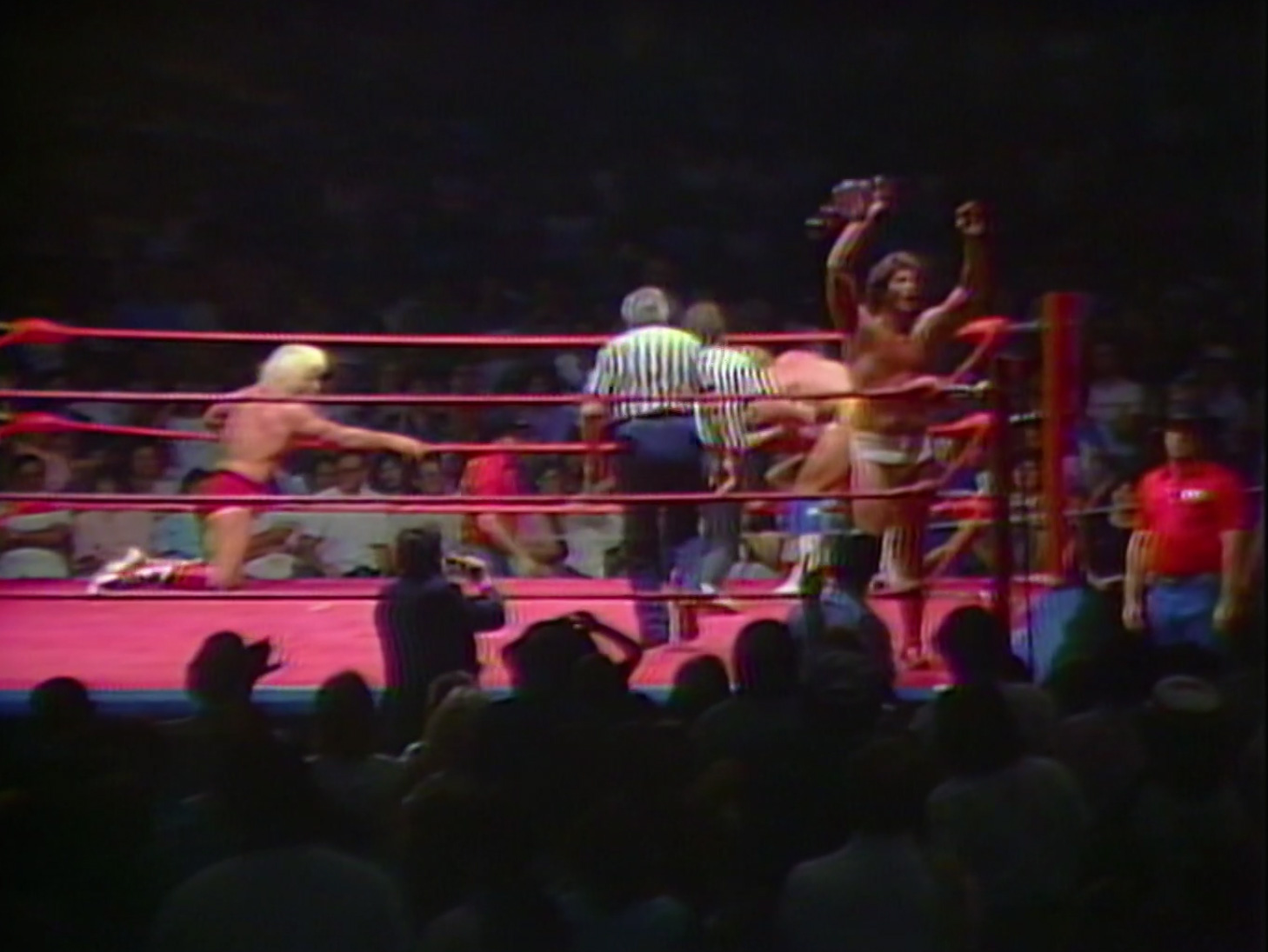 We then head to Highland Park, TX where Mercer interviews Hernandez by the pool. While two bathing beauties pamper him, Hernandez cuts a promo on the Von Erichs and strives to become World champion. 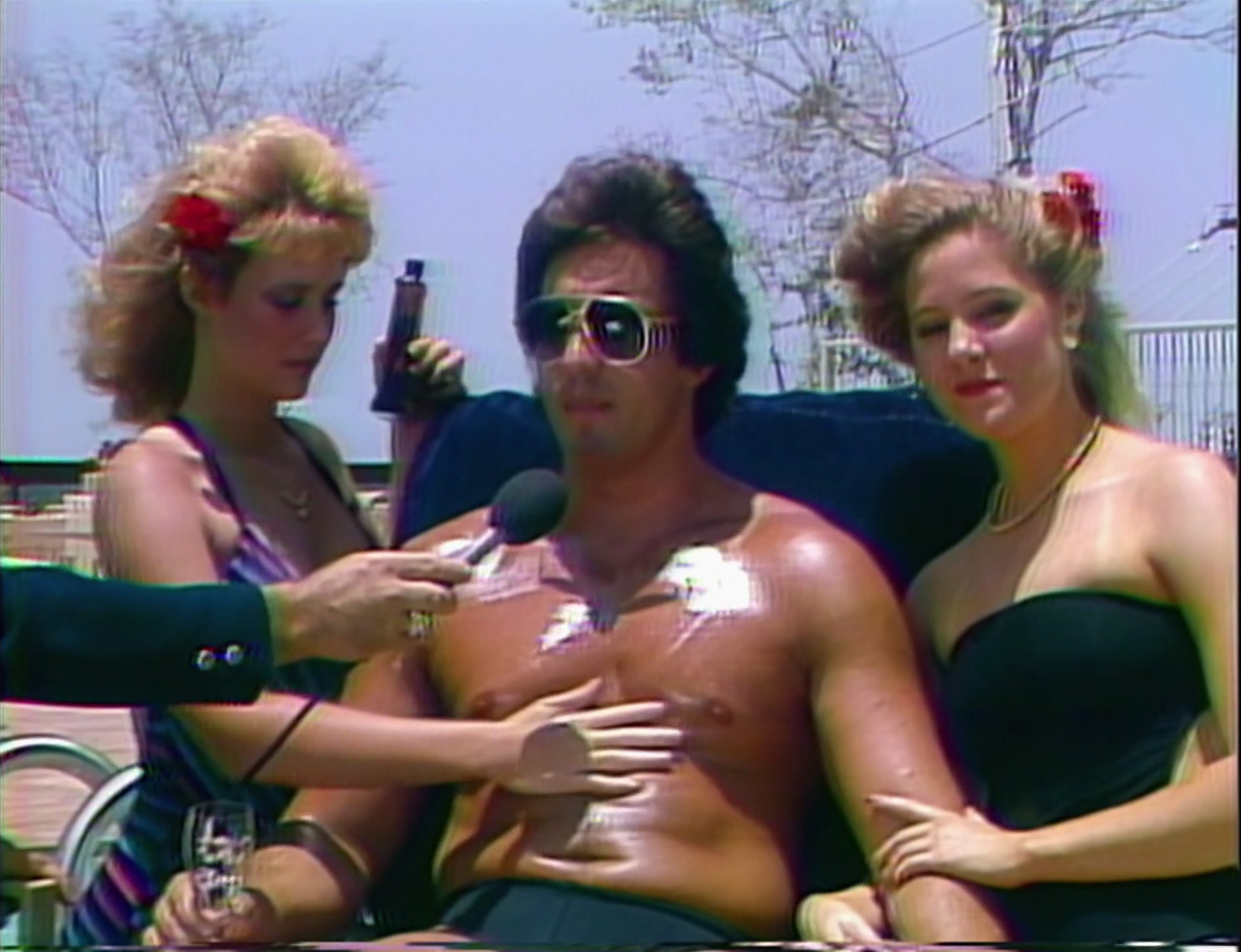 Before the next match begins, Kerry enters the ring, grabs the microphone, and challenges Hernandez. During his rebuttal, Hernandez accepts the challenge and brawls with Kerry. In fact, Kerry lands a discus punch to the EXTREME delight of the Dallas faithful.

Summary: The action before the bell was more exciting than the match.

During Hernandez’s exit, he mouths off to some fans and knocks a cap off of one of them. How dastardly!

After the match, Kerry reappears to even the odds while Kevin is BUSTED OPEN. With Khan still in the ring, the babyfaces supplied him with a triple dropkick. Wow! Gordy isn’t finished so he re-enters the ring only to eat a triple dropkick too.

Conclusion: Kevin and Adams got the better of the Freebirds this time with some help from Kerry. Speaking of Kerry, it looks like he’s in line for either an American or Texas title shot. Say what you will about his 18-day stint as World champion, but keeping him atop the promotion is key for WCCW. Daniel-san, how highly do you rank this episode?

That’s strikingly high! Thank you for sharing! I’m sure you’ll make another visit in the future and become a new world man.