Will Flair prove that Kerry’s a flash-in-the-pan? Or will our hero establish himself with a non-title victory over the former champion? Can the Freebirds survive an onslaught by Devastation, Inc.? All this and much more in this action-packed episode. Aren’t you excited, Lewis? 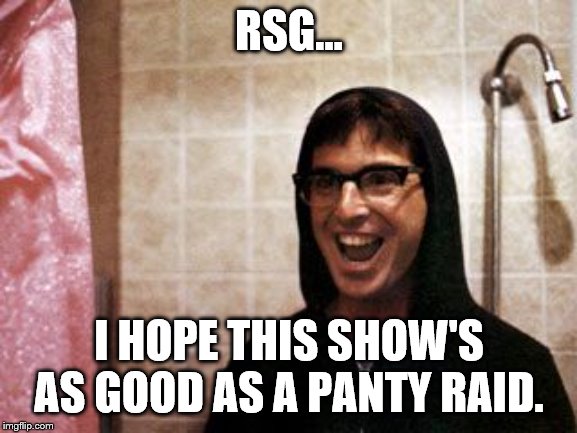 Those are some high hopes, Lewis, but I can’t fault you for being a bad boy running wild.

Summary: Yes, folks. I dug deep and found another negative-star match as it not only provided zero redeeming value but also insulted one of the largest crowds in wrestling history and me. Avoid this dreck at all costs. Care to add something, Booger?

Yeah, that’s what I thought or perhaps as good as an old TV dinner.

After the “match,” referee David Manning comes to the ring to break up the melee, but since everyone in the ring is a heel, all the fans root for bloodshed. None, however, was forthcoming.

Next, we head to the Sportatorium for the remainder of the show.

Following the match, Lowrance mentioned a backstage “altercation” between Kamala and Kabuki.

After the ad break, Lowrance interviews Akbar next to the broadcast location. Akbar explains that “money talks” and “Kabuki is with him tonight” before heading down to the ring. 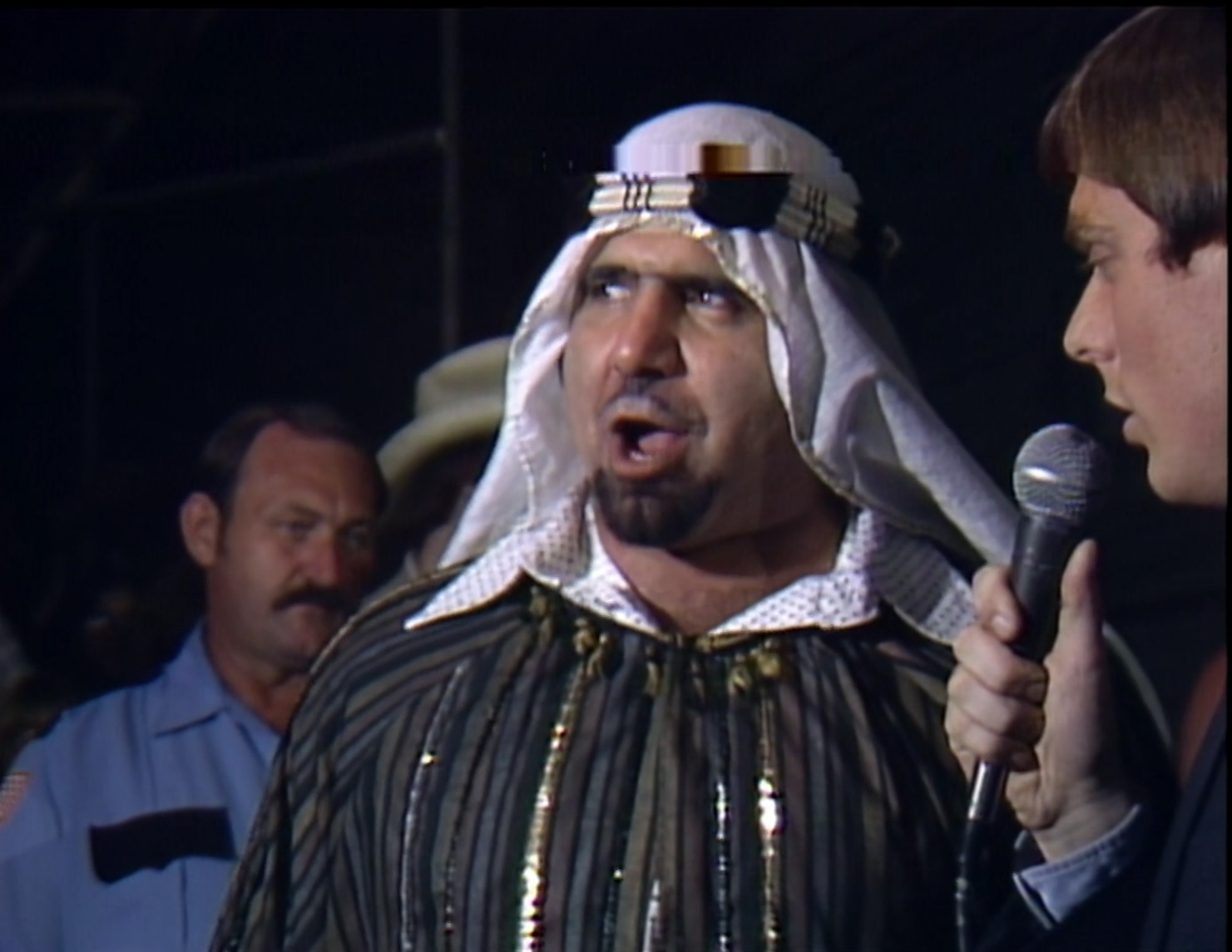 Summary: As you’d expect, the action was wild, the tag formula popped the crowd, but the finish stunk up the barn.

After the match, the Freebirds successfully remove a mask from one of the Super Destroyers, and I believe the victim is Scott Irwin due to the long brown hair. Fortunately for him, he covered his face with the mask and scampered back to the heel locker room. In the meantime, the Freebirds deliver a double elbow smash to Kabuki sending him to the floor.

Following a commercial break, Lowrance interviews the NEW heavyweight champion of the world—Kerry—who credits his success to the greatest fans in professional wrestling. 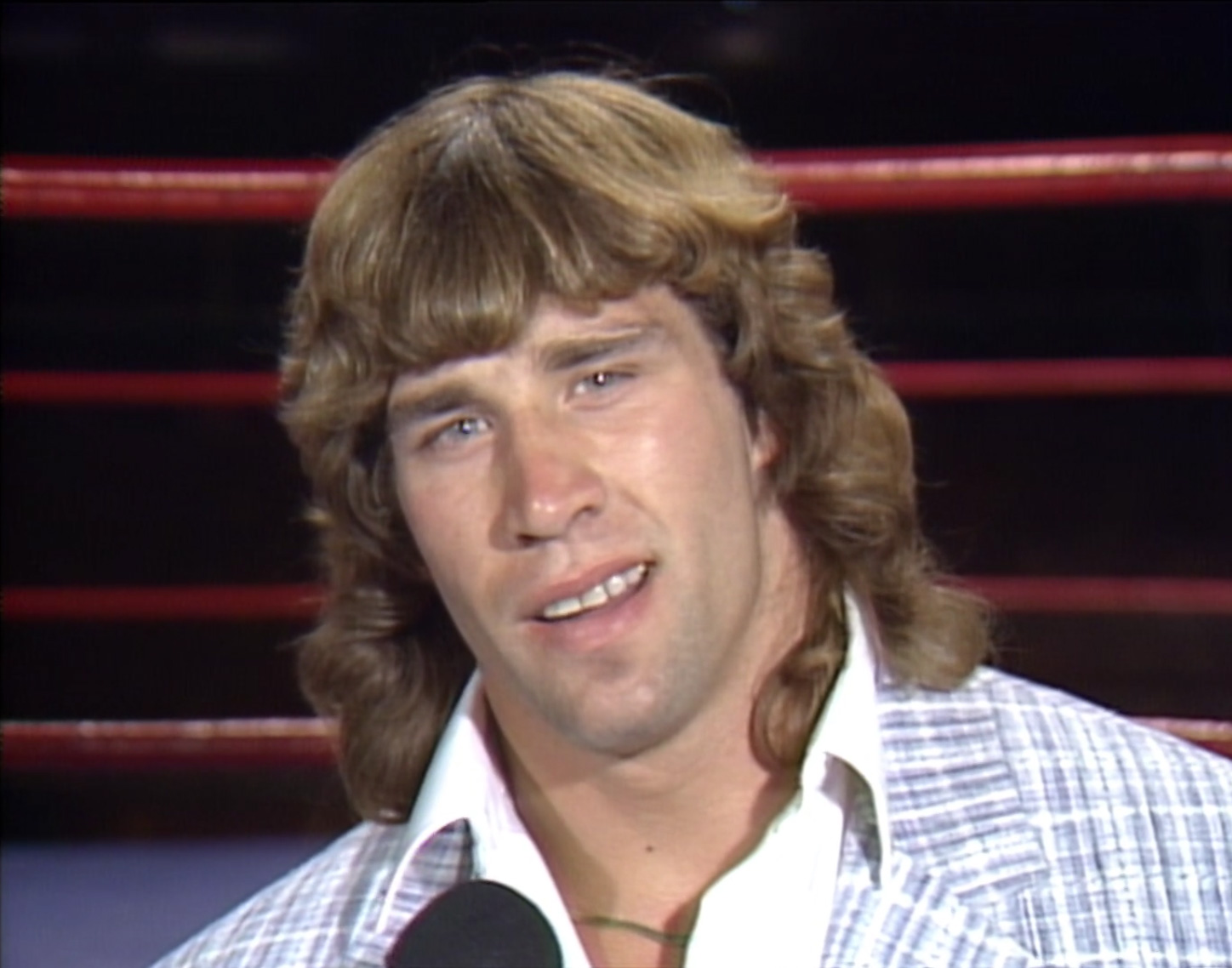 Summary: While not as historic as the 5/6 match, this match featured more psychology and a pinning predicament that I’ve never seen Flair suffer. Kudos, gentlemen!

After the match, each wrestler shoves the other until Kerry reels off a series of rights followed by a discus punch.

Conclusion: In a hard-fought match, Kerry proved that beating Flair was not a fluke. While in a babyface role, the Freebirds and Khan stood toe-to-toe with Devastation, Inc. and removed one of the masks. What does this mean for Akbar’s henchmen? In other matches, Strongbow made an energetic debut while Kamala and Kabuki stunk up Texas Stadium. What are your thoughts, Wormser?

I’m glad you approve. Your knowledge of anatomy impresses me and the RSG-ites.