Who will win the lumberjack match between Kevin Von Erich and Kabuki? The answer may surprise you. Also, who's going to pop in for guest analysis for this show? 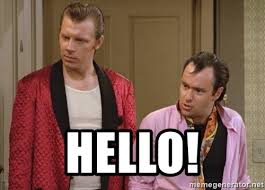 Squiggy, Lenny, go find Laverne and Shirley! I'm looking for someone else. 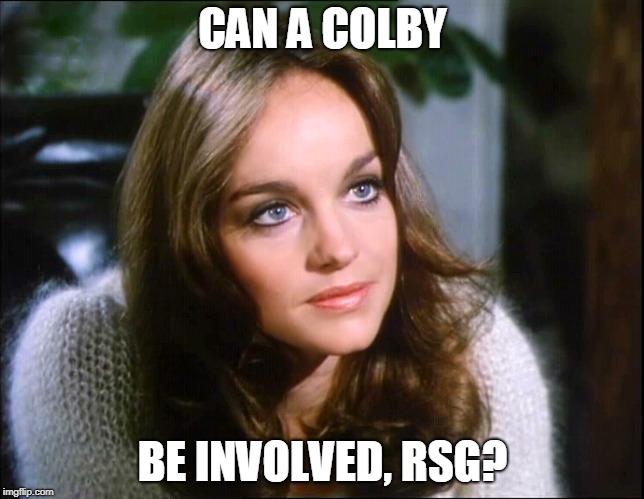 Match 2: The Spoiler versus Rick Harris

Lowrance interviews McGraw who grabs the microphone and mentions Andre the Giant in an upcoming body slam battle royal. He then vows to slam Andre. 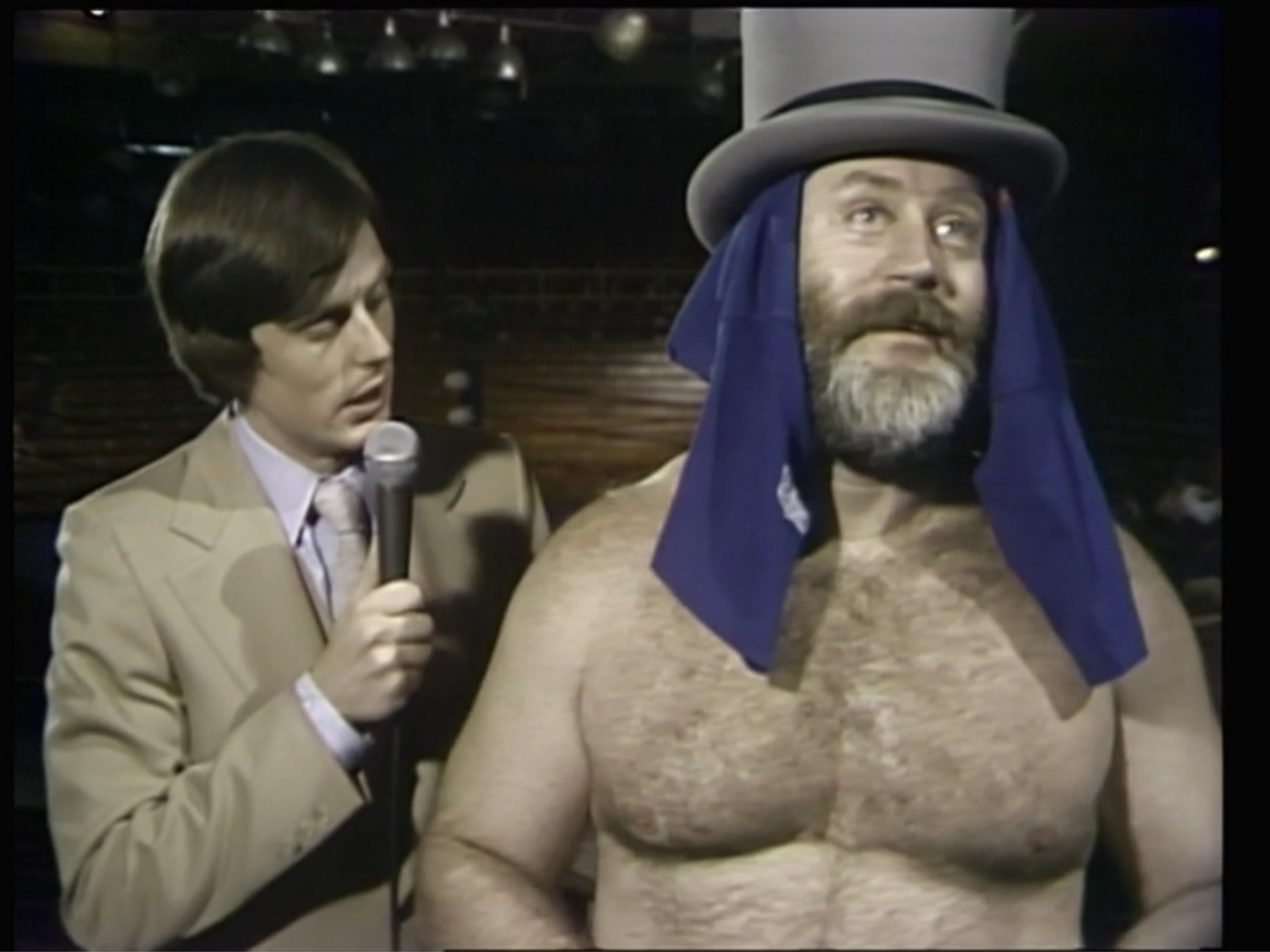 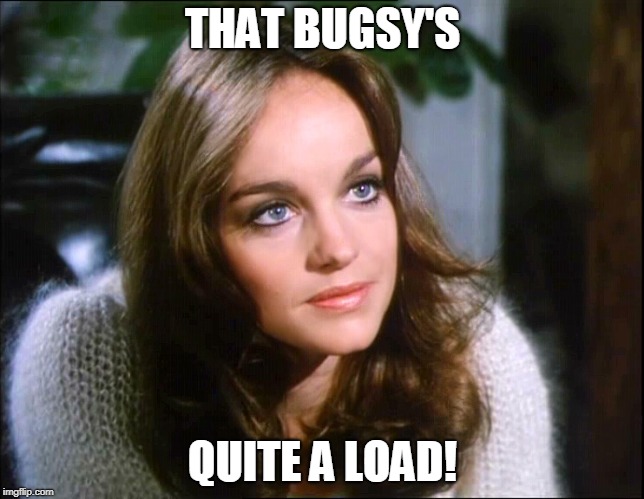 Summary: Heel chicanery allowed Kabuki to obtain victory much to the dismay of the Dallas faithful. 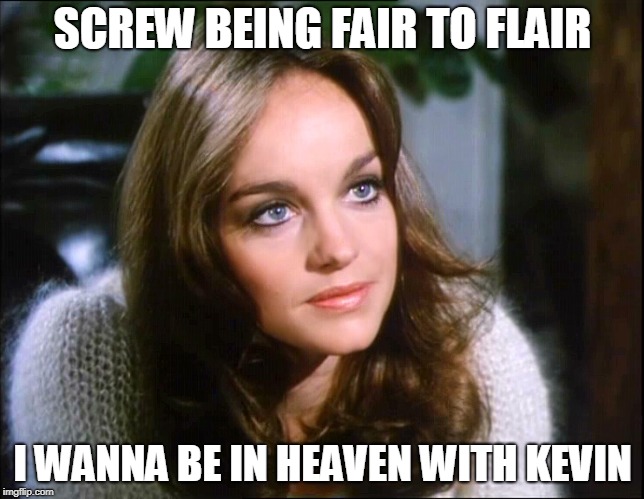 Let's hope nothing bad happens to him, Fallon.

After the match, Lowrance attempts to interview Kevin, but Bundy attacks Kevin from behind. He then slams Kevin on the concrete floor, grabs the microphone, and states "that's the easiest $1000 I've ever made." He then vows to put more Von Erichs down. 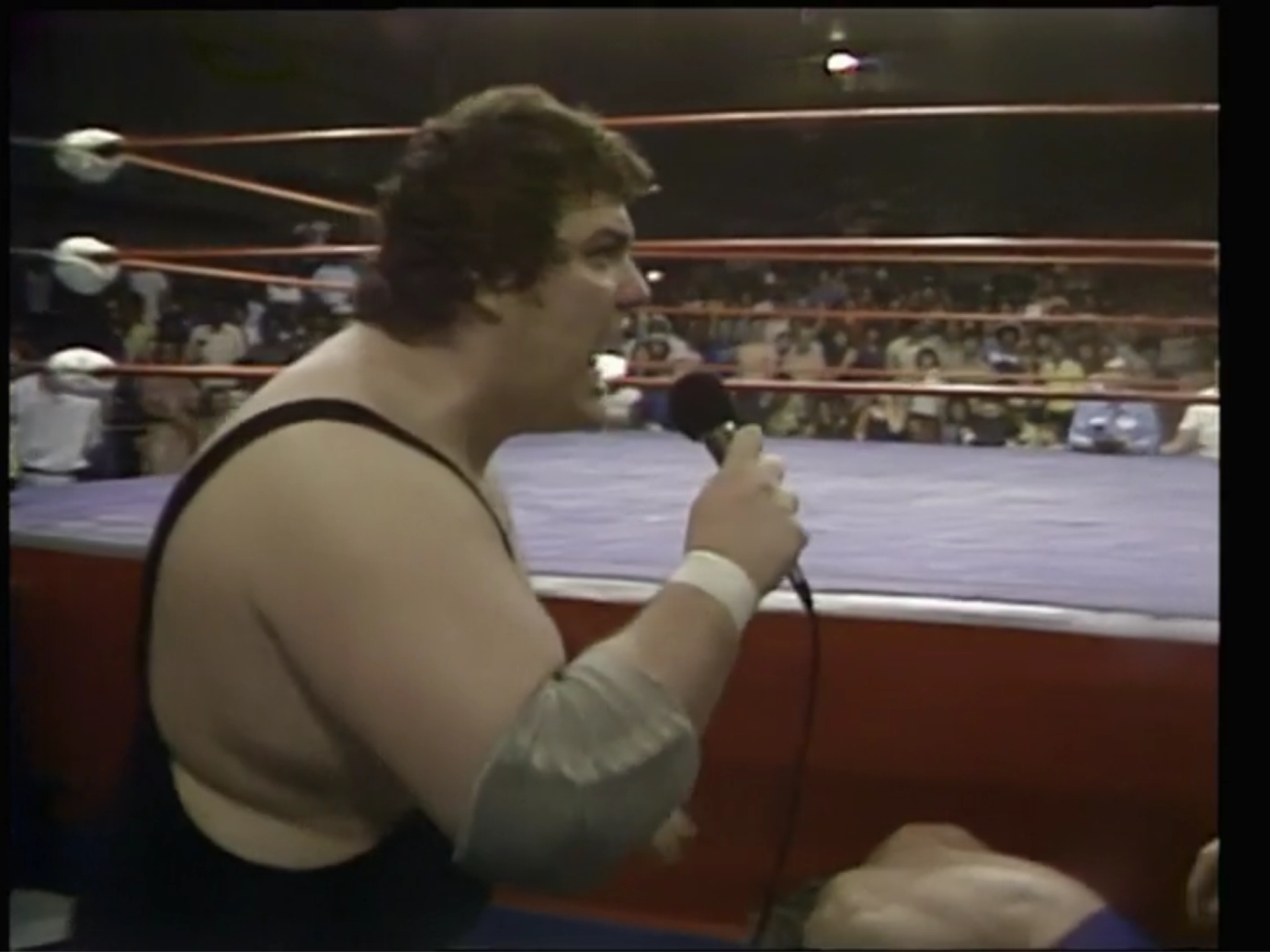 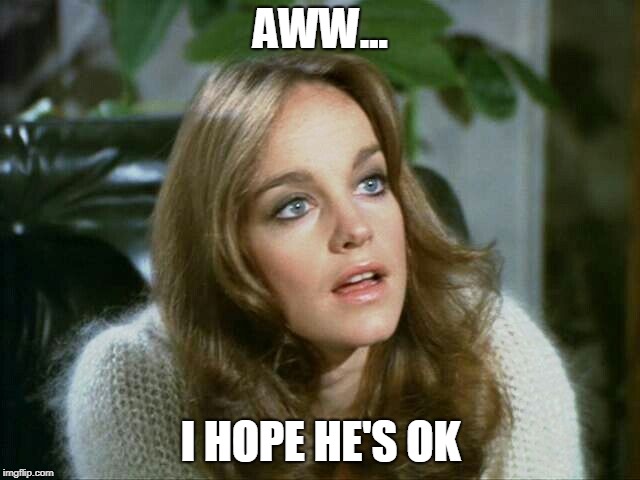 Lowrance then interviews Bundy with Hussein. While Lowrance hypes the Stars Wars Super Bowl of Wrestling, the show will take place at Texas Stadium on 6/6. On the card, Fritz Von Erich will have his retirement match against Bundy. Hussein then notes that Bundy will end Fritz's career and destroy Andre the Giant as well. Afterward, Bundy's ready for his big payday after defeating both of them. Lowrance points out Bundy's training under the Von Erichs only for Hussein and Bundy to refute it. 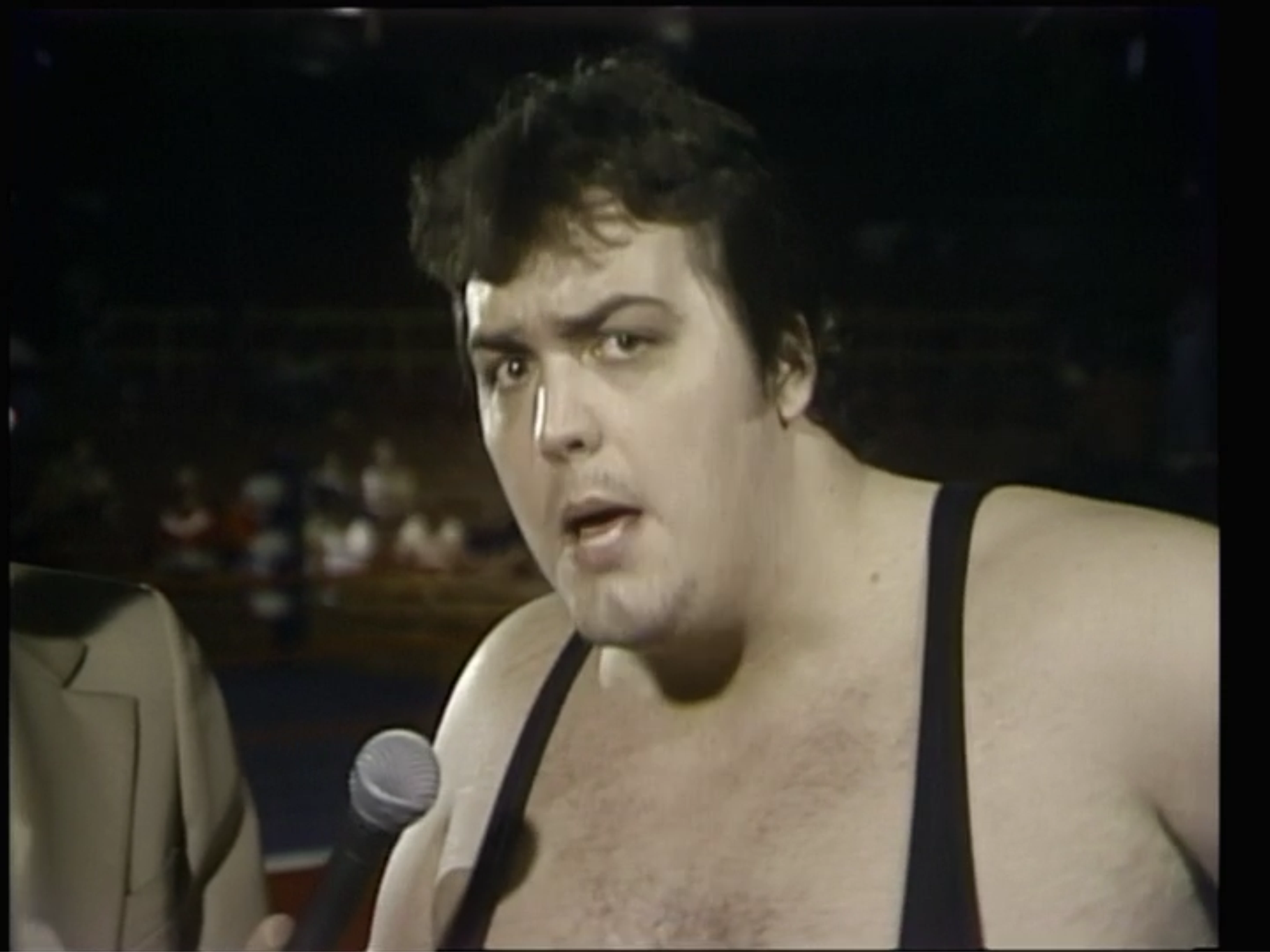 Prior to the next match, we revisit the assault by Bundy to Kevin from earlier. 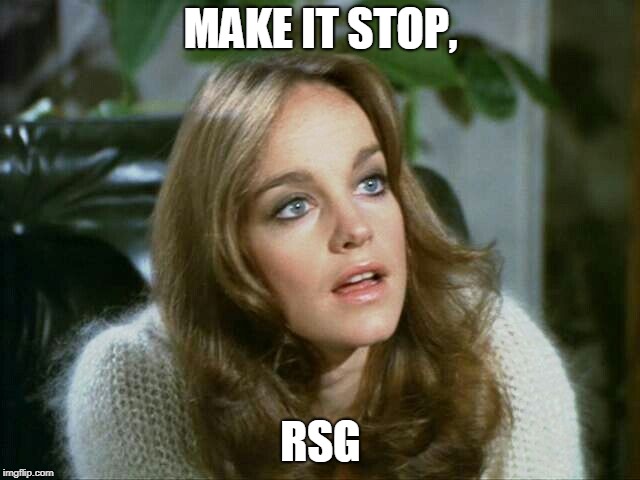 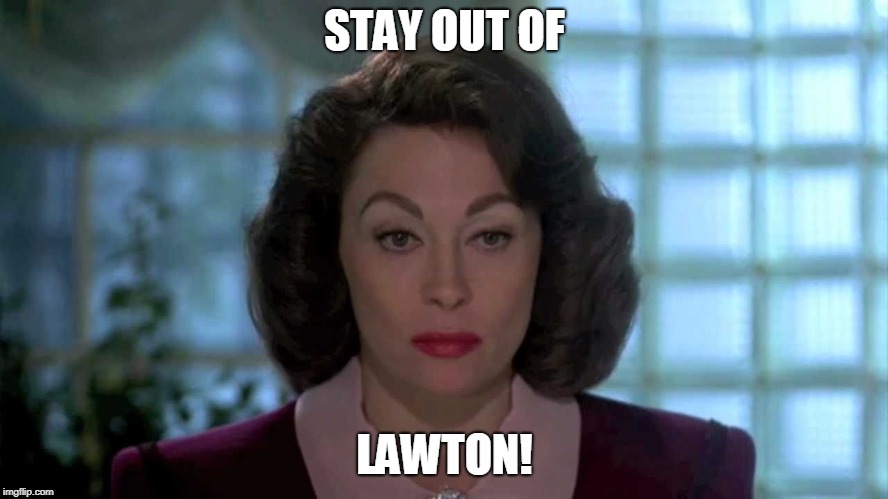 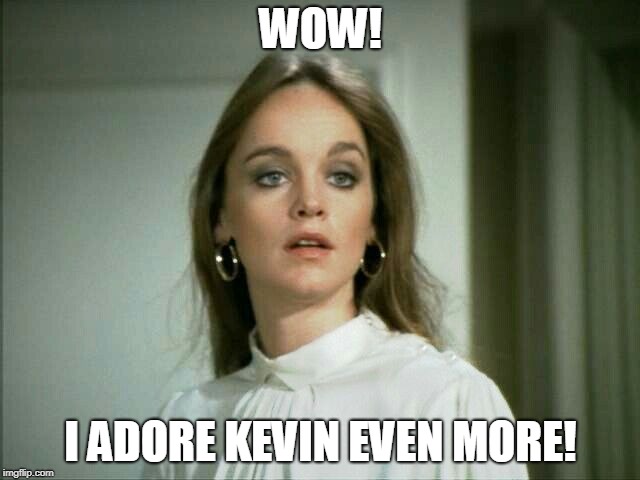 After the match, the Dallas faithful roars while Kevin and Mantell stand in the ring. In the meantime, Lowrance mentions that Bundy's back was BUSTED OPEN thanks to the chair. In fact, Bundy ended up getting twelve stitches while Hussein sustained a concussion.

Conclusion: Sizzling-hot episode as the Bundy-Von Erich feud is red hot. Without question, I recommend this episode. Check it out now! 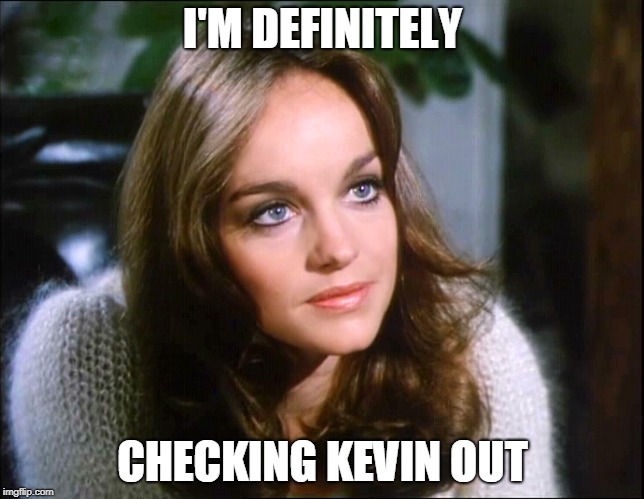 OK, Fallon. Thanks for stopping by! Hope to see you again soon.