Can the Mongol conquer the “gentleman”? Will Gordy recapture the American title from Kevin? And who will join us to enjoy tonight’s reflection?

Oh no! Not Dirty Harry again!

Summary: Showcase match for Yatsu. Methinks Vachon got sliced, minced, and cured as he jobbed to Yatsu.

At ringside, Lowrance interviews Hussein with Yatsu. In response to a handicap match pitting Hussein and Yatsu against Kamala, Hussein states Kamala “could never win.” I’ll allow Asia to offer my $.02. 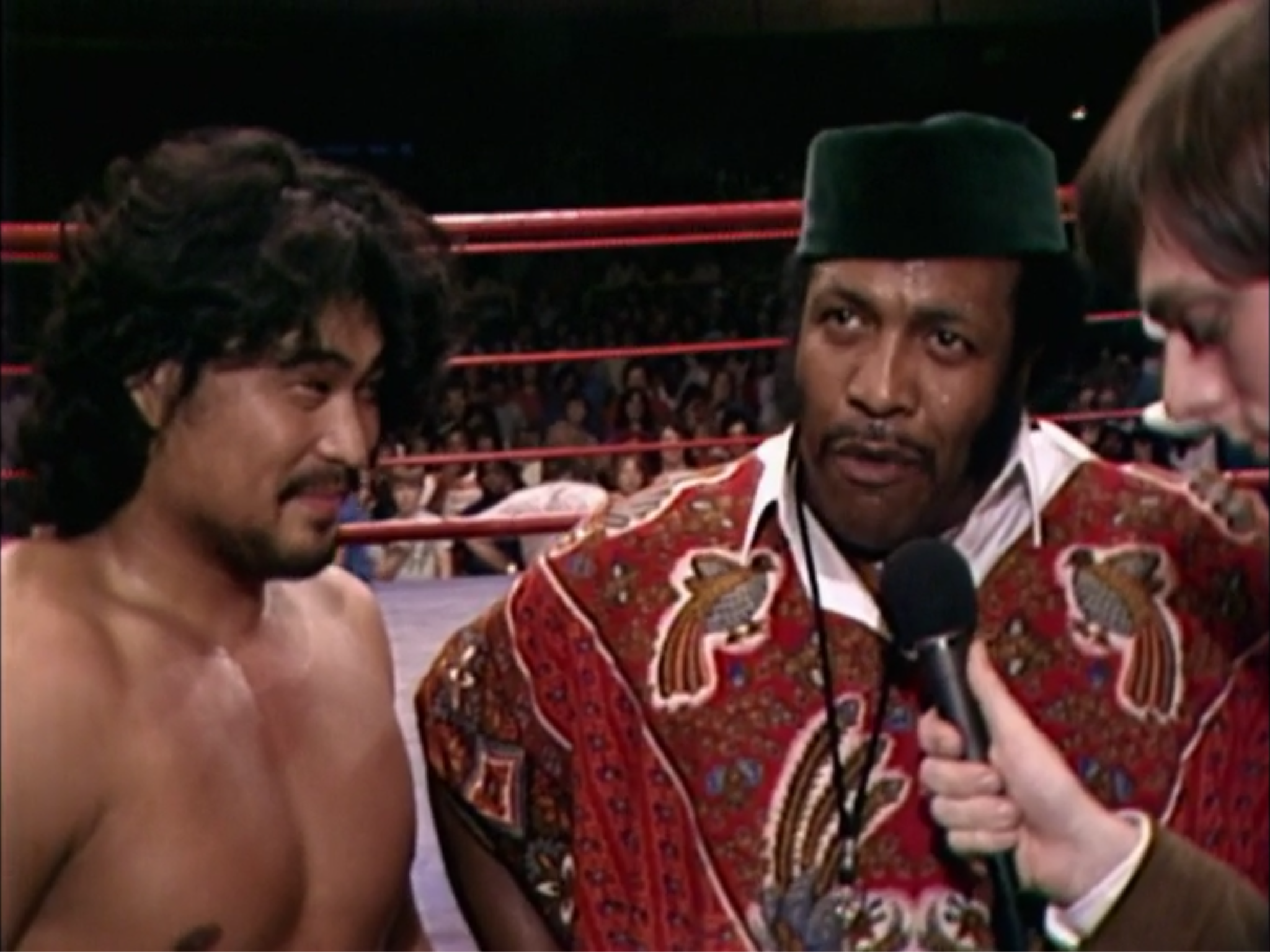 Summary: I would like to refer to Mongol as Samsonite because Adams carried him like a piece of luggage.

After the match, Mongol tries to attack Adams again but eats an enziguri.

Prior to the next match, Garvin challenges David Von Erich again.

Summary: Showcase match for Garvin who actually impressed me here.

Before the show leaves the air, Lowrance interviews Kevin at the broadcast table. While Kevin’s happy about retaining his title, he’s still aiming for the World title. 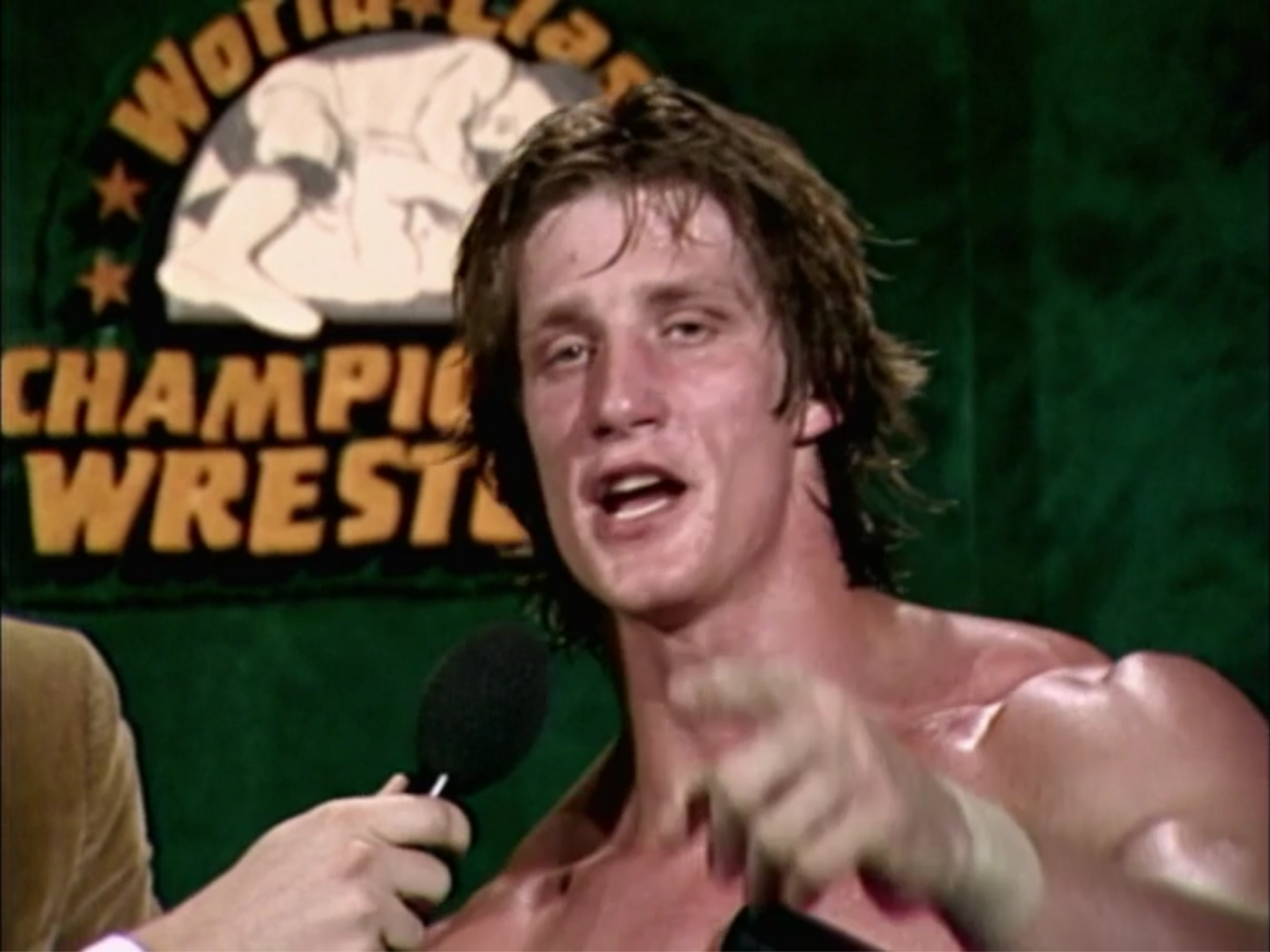 Conclusion: Kevin continues to show why he’s world-title-caliber in his victory over Gordy. Also, Garvin completely shocked me with some aerial moves during his match.