How will Kerry fare against Gang? Will Fritz get involved? What will occur during a 12-man match? And who will join me for the first half of this doubleheader? 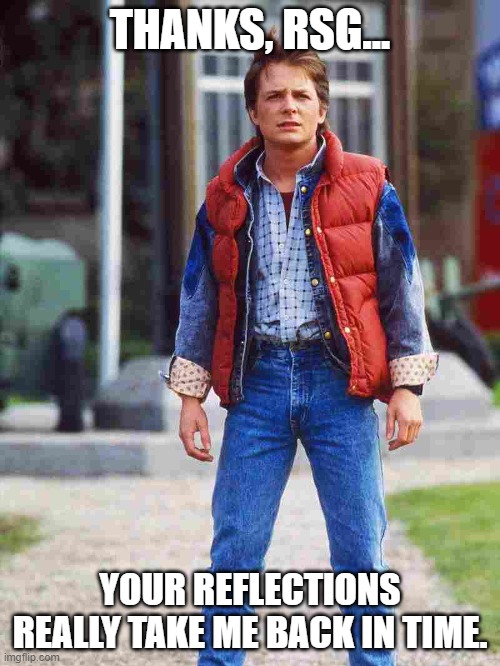 No, thank you, Marty. I’m glad you and my RSG-ites can reminisce.

Lowrance introduces Doris Von Erich—matriarch of the Von Erich family, and her children give her a bouquet of yellow roses to honor their late brother. 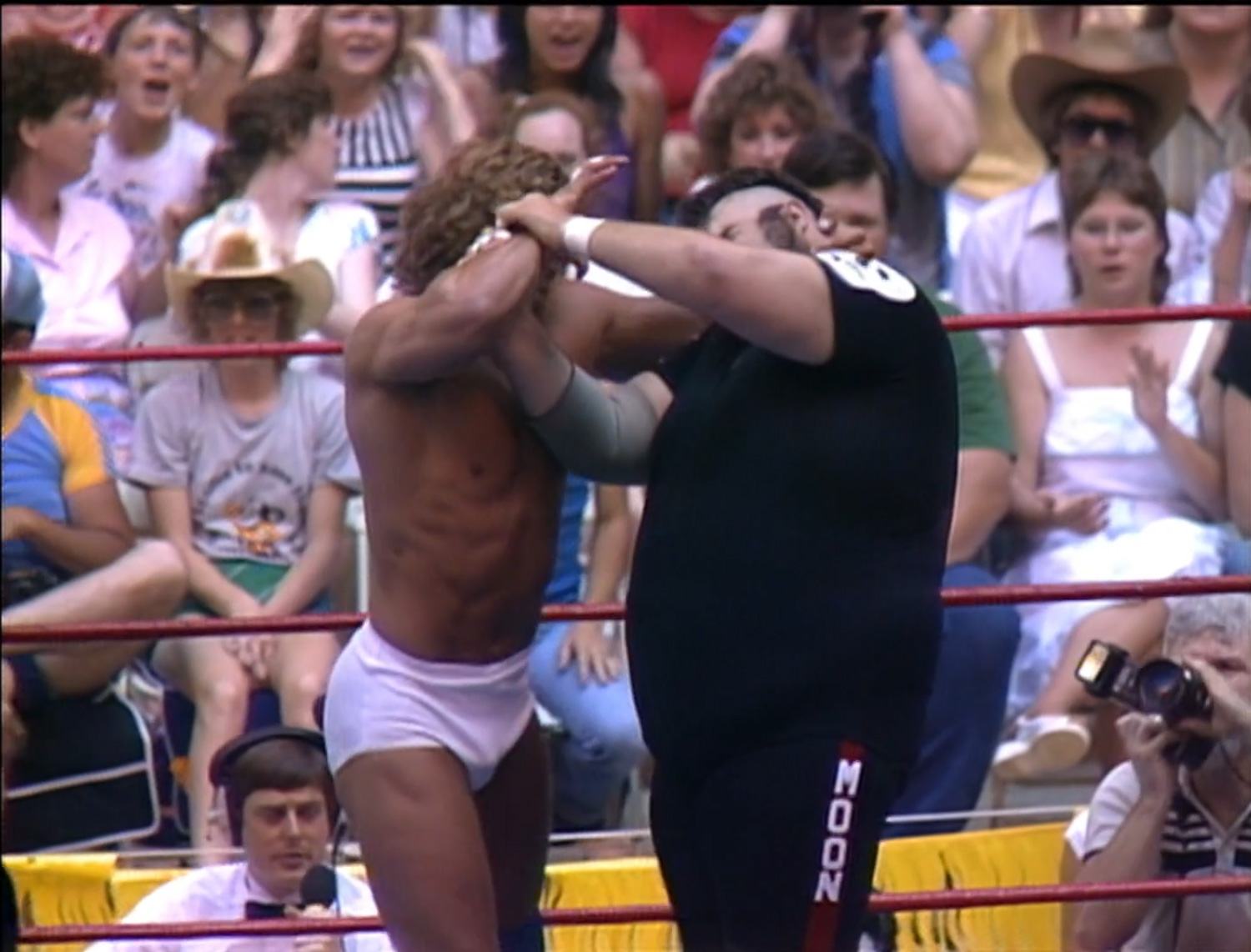 Summary: Decent story with the Fritz-Hart rivalry at ringside. Kerry’s slam earned the match a * all by itself.

After the match, Sweet Brown Sugar, Brian Adias, and Johnny Mantel arrive to secure Gang for his manager’s haircut. While the Irving faithful chant “bal-die” at Hart, Gang clobbers both Adias and Sugar. Since they can’t control Gang, Kevin storms the ring to assist. The Von Erichs handcuff Gang in the corner, and Fritz supplies Hart with a knee lift to subdue him.

The Von Erichs shave Hart’s head, and Gang unwinds the top turnbuckle to free himself. When Gang struggles, Hart has lost all his hair! Gang ultimately gets free, but the damage has been done. 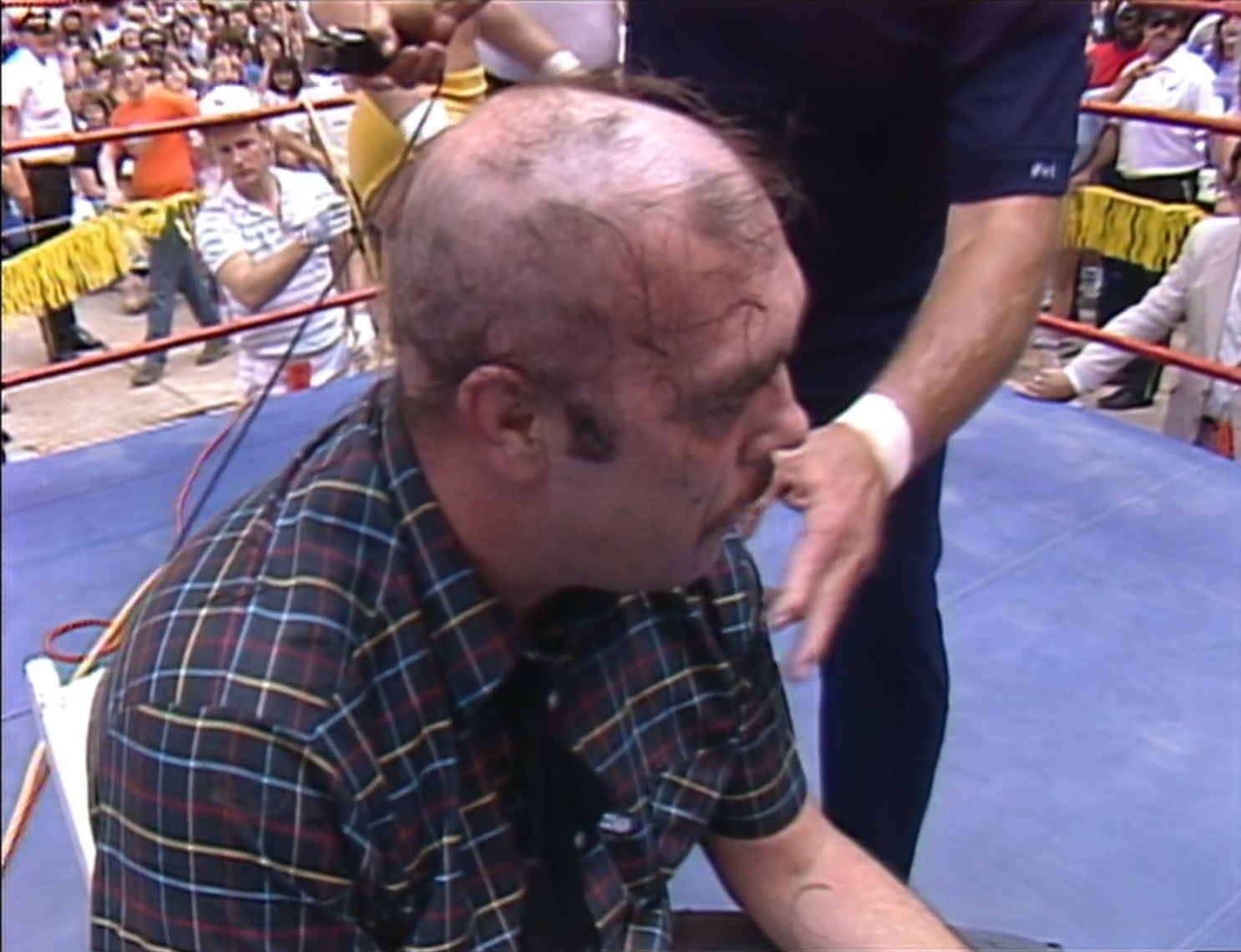 Summary: Hot, action-packed match that will continue NEXT WEEK!

Conclusion: The situation for the babyfaces doesn’t look good. How will they overcome? Or will they?

The Kerry-Gang match, along with its stipulations, was extremely entertaining, and the reaction from the Irving faithful was astounding. Are you ready for part 2, Marty? 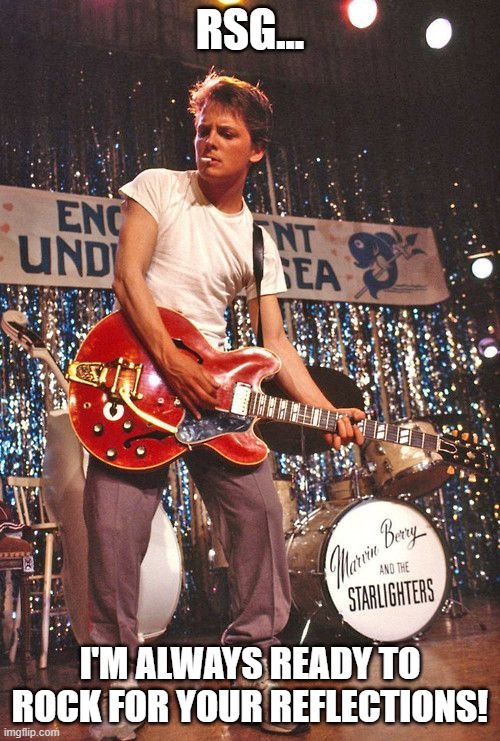