It’s a Texas tornado! Run for cover! Seriously, the Freebirds and Von Erichs lock up in a Texas tornado match. In addition, can Bundy get revenge against Yatsu? How will Garvin fare with Lothario? Who’s our special guest today? 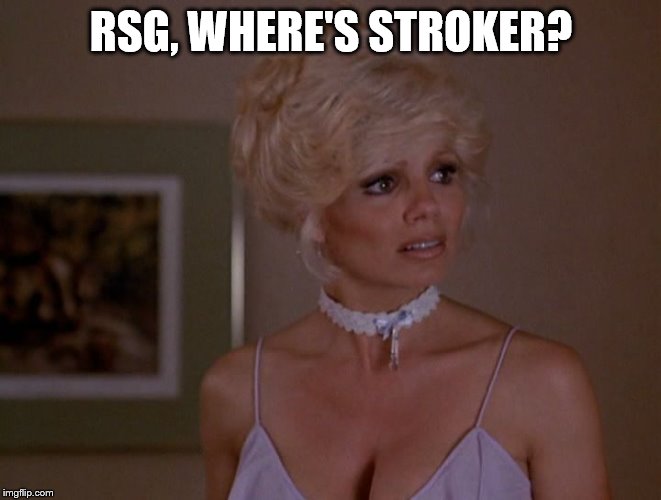 As the program begins, David joins the broadcast table to discuss the main event. He’ll have his brothers’ backs and also wants to regain the Texas title from Garvin. 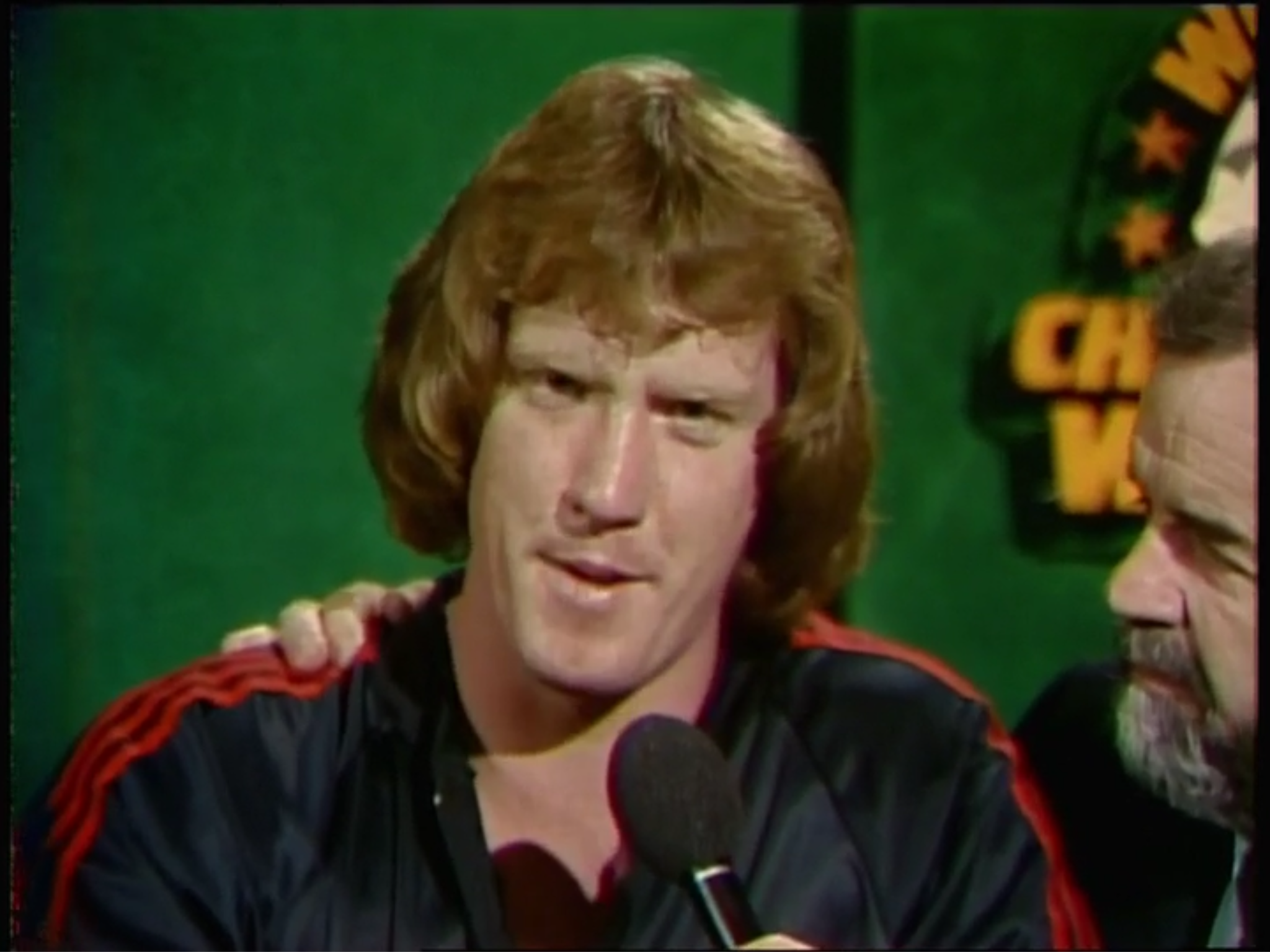 Summary: Solid victory for the new champion over a proven veteran.

When Lothario complains to Sinclair about the second rope, Garvin attacks him but loses badly. Sunshine then steps in between them to protect her man. Sunshine truly embodies her role as Garvin’s valet.

In the conference room at the offices of Devastation, Inc., Mercer interviews Akbar with Bundy. Akbar begins discussing oil production with a newspaper quoting $29/barrel. Wow, it hovers in the 60s these days. Regardless, he intimates that NWA World champion “Nature Boy” Ric Flair is under his control. 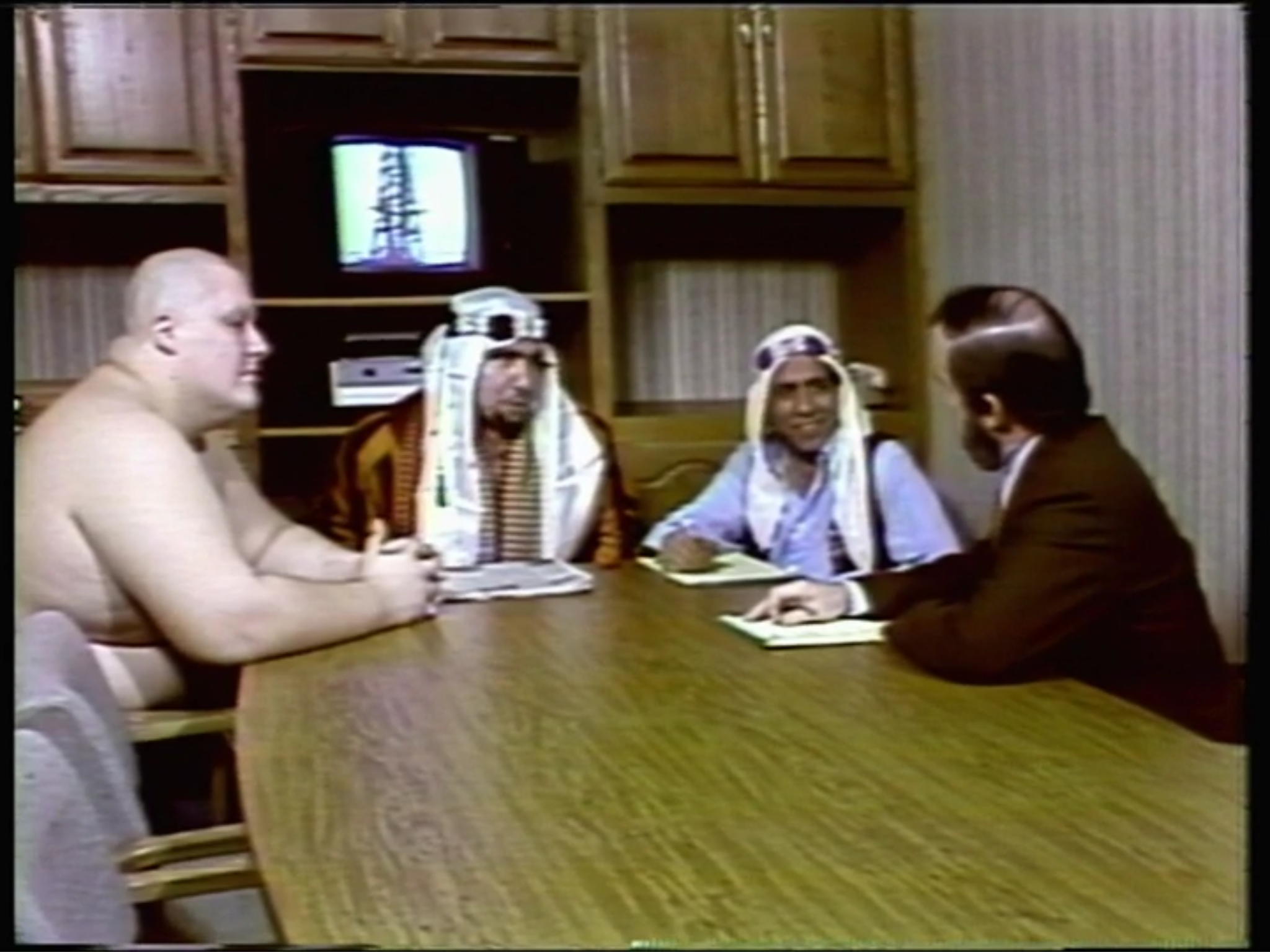 Prior to the next match, Mercer interviews Hussein with Yatsu. Hussein promises that Yatsu will beat Bundy tonight and Kabuki in a kendo stick match. Methinks Yatsu pulled a Robert Gibson there. 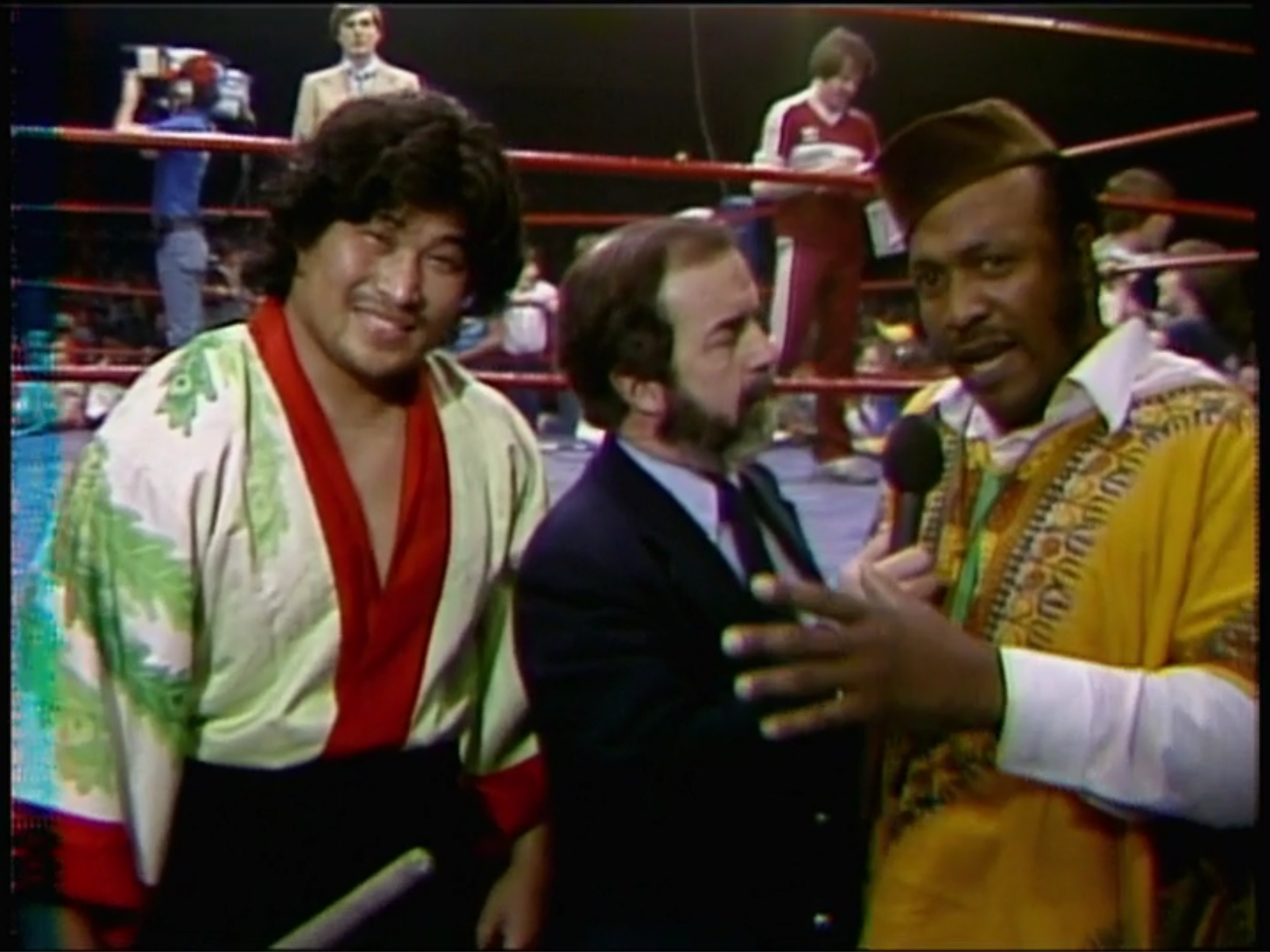 After the match, Yatsu continues to whack Bundy with the kendo stick until Hussein keeps him at bay.

Following a commercial break, we revisit the feature on Kamala the Ugandan giant. 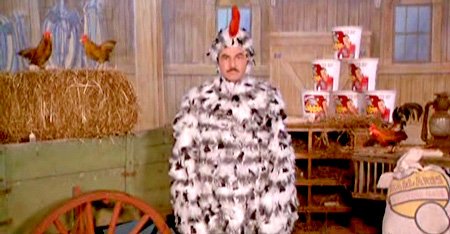 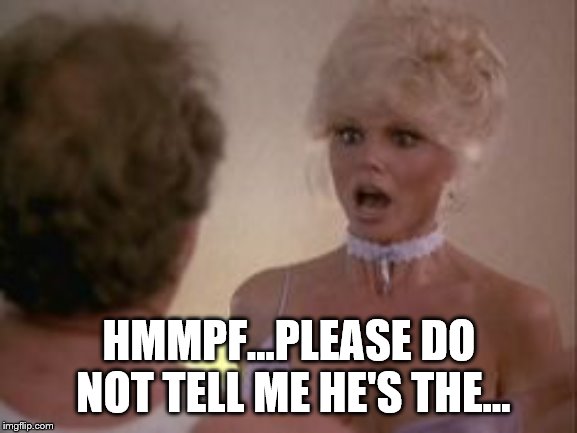 Summary: MOLTEN hot match with a ton of action that whipped the Dallas faithful into a frenzy.

Following a commercial break, Mercer interviews Bundy with Kabuki at the broadcast table. Bundy promotes the kendo stick between Kabuki and Yatsu. 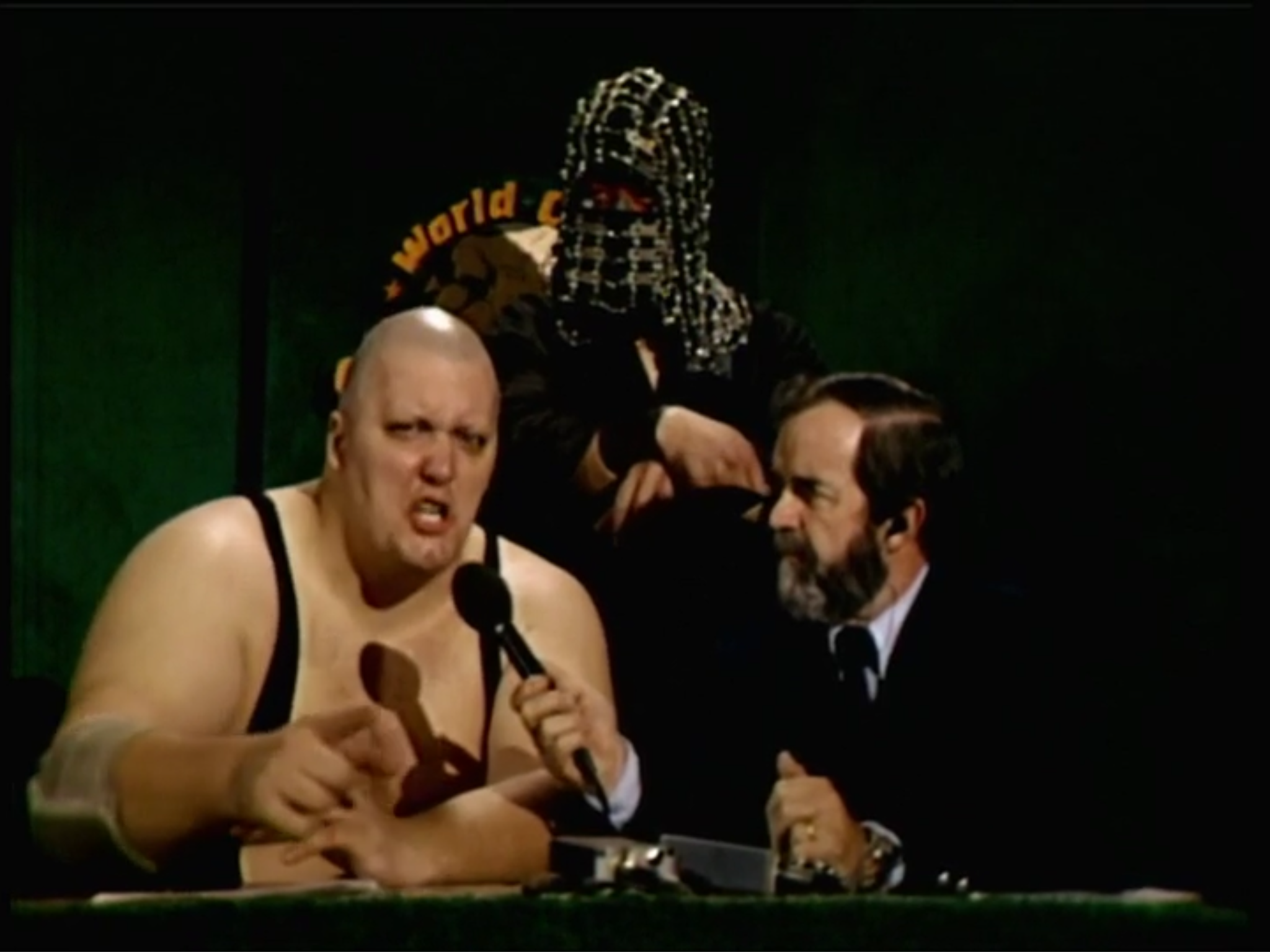 Conclusion: The saga between the Freebirds and Von Erichs rolls on while the card for the State Fair begins to take shape. What did you think of the show, Pembrooke? 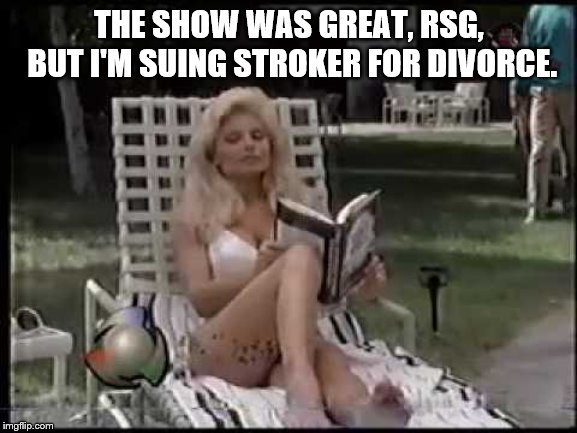 Hopefully, you get more than just the chicken suit.