Can Kevin and David gain victory in their ongoing feud with the Freebirds? Will Kerry give Hayes comeuppance for Christmas night? And who will be my special guest host for tonight’s reflection? 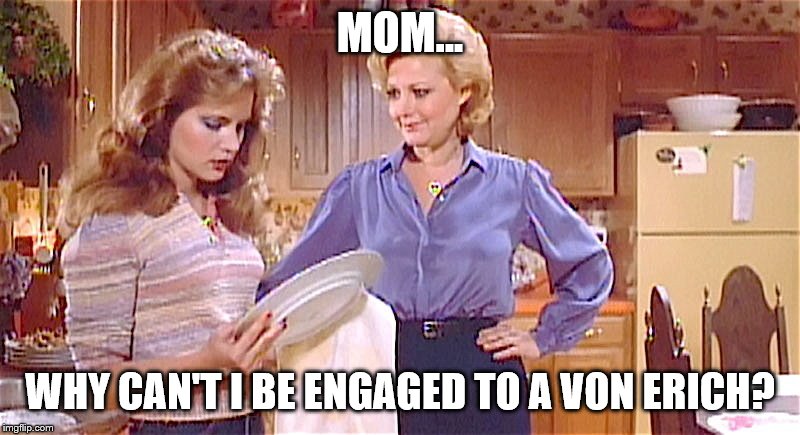 Allison! Glad you can make it! Don’t fret so much and please enjoy the show!

While Mercer opens the show, Garvin and Sunshine join him. Garvin then changes his mind about his matches being filmed and challenges David for the Texas title. 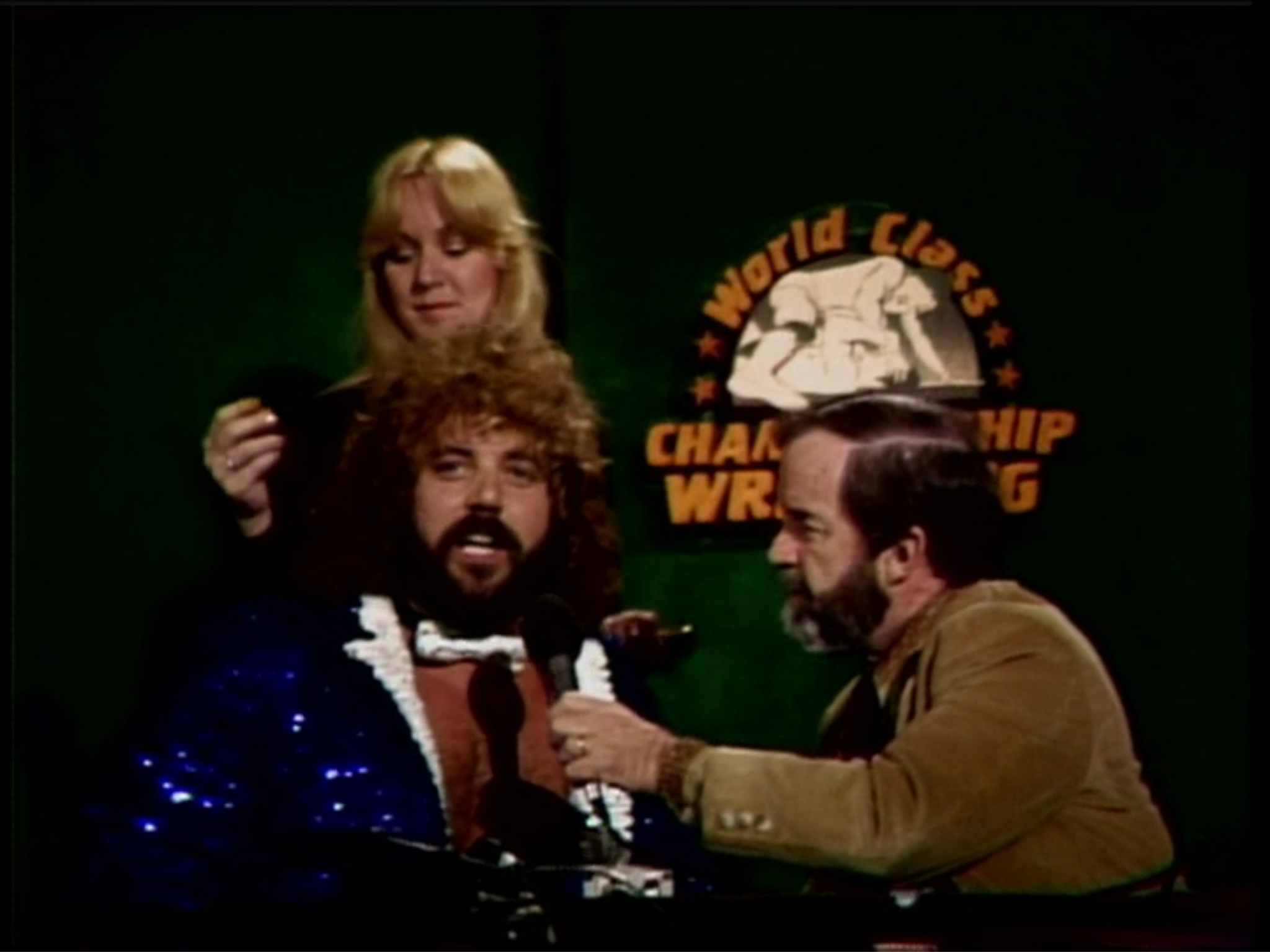 Summary: Solid workrate along with psychology by Mantell made this quick TV match worthwhile.

After the match, Mercer interviews Hussein with Yatsu. Hussein’s ready for Bundy’s challenge whether it’s Bundy or Kabuki. By the way, does this guy think he’s on Candid Camera? 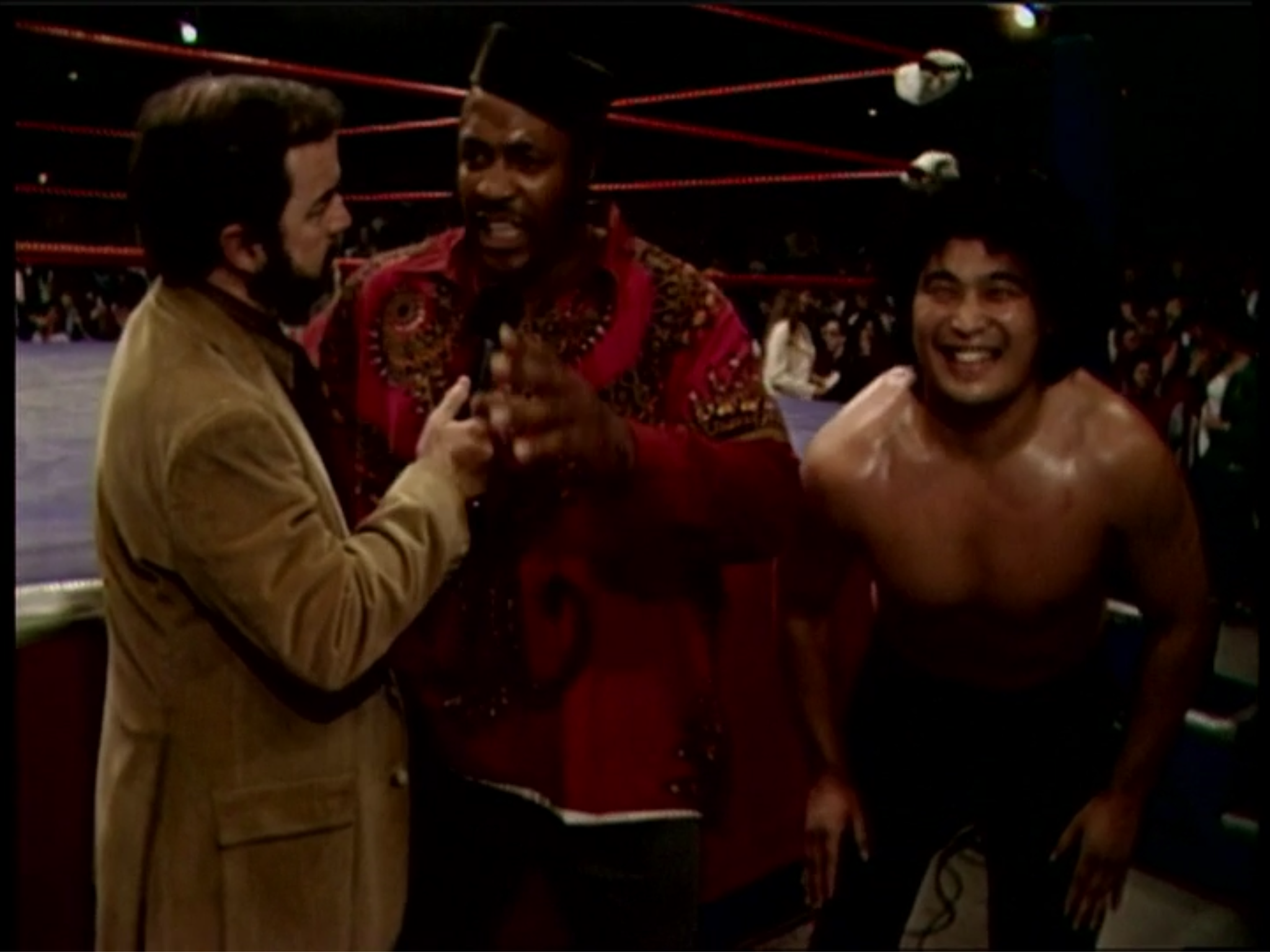 Following a commercial break, a video featuring “Iceman” King Parsons is shown with Saga’s “On The Loose” playing behind it. 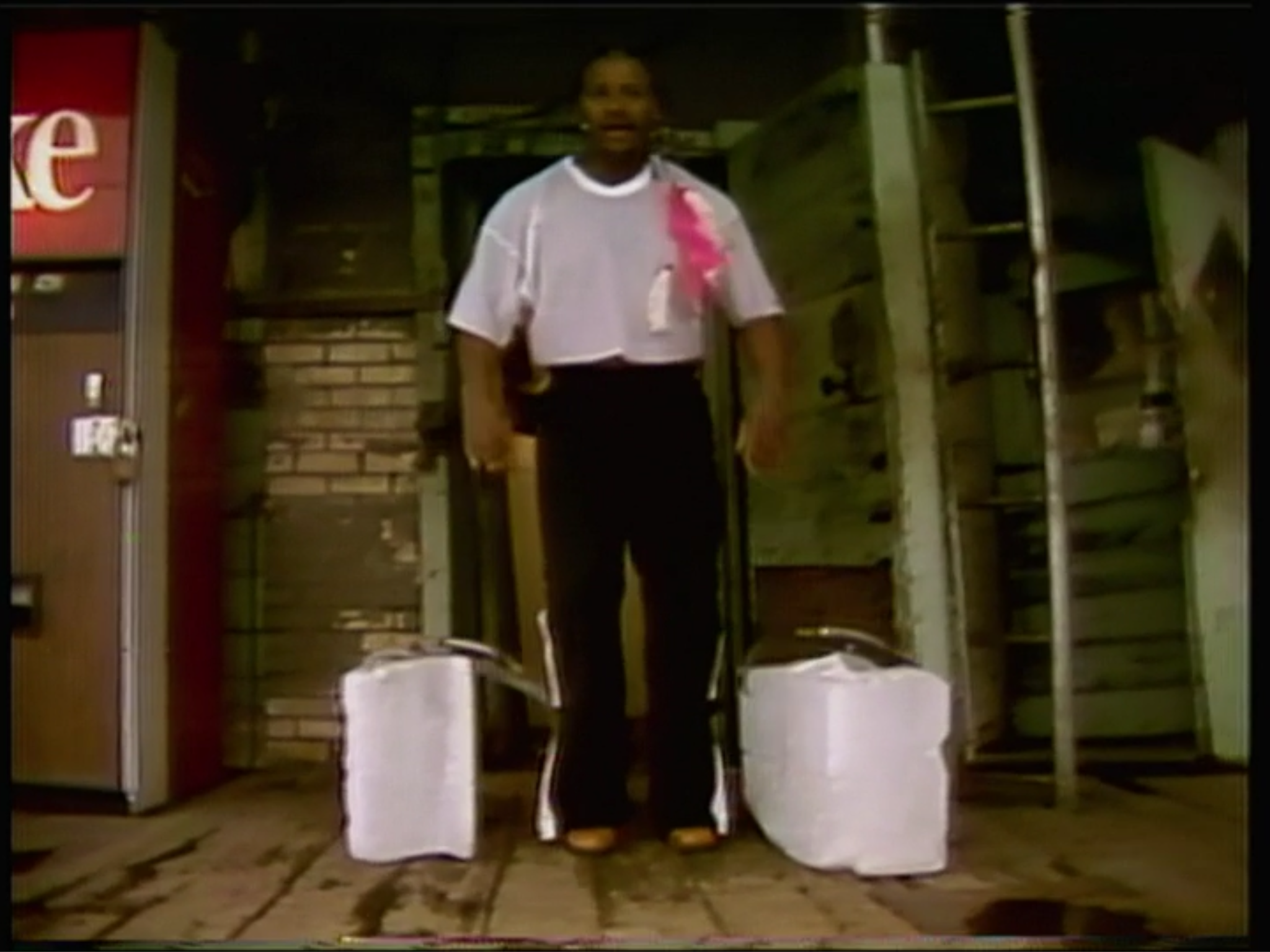 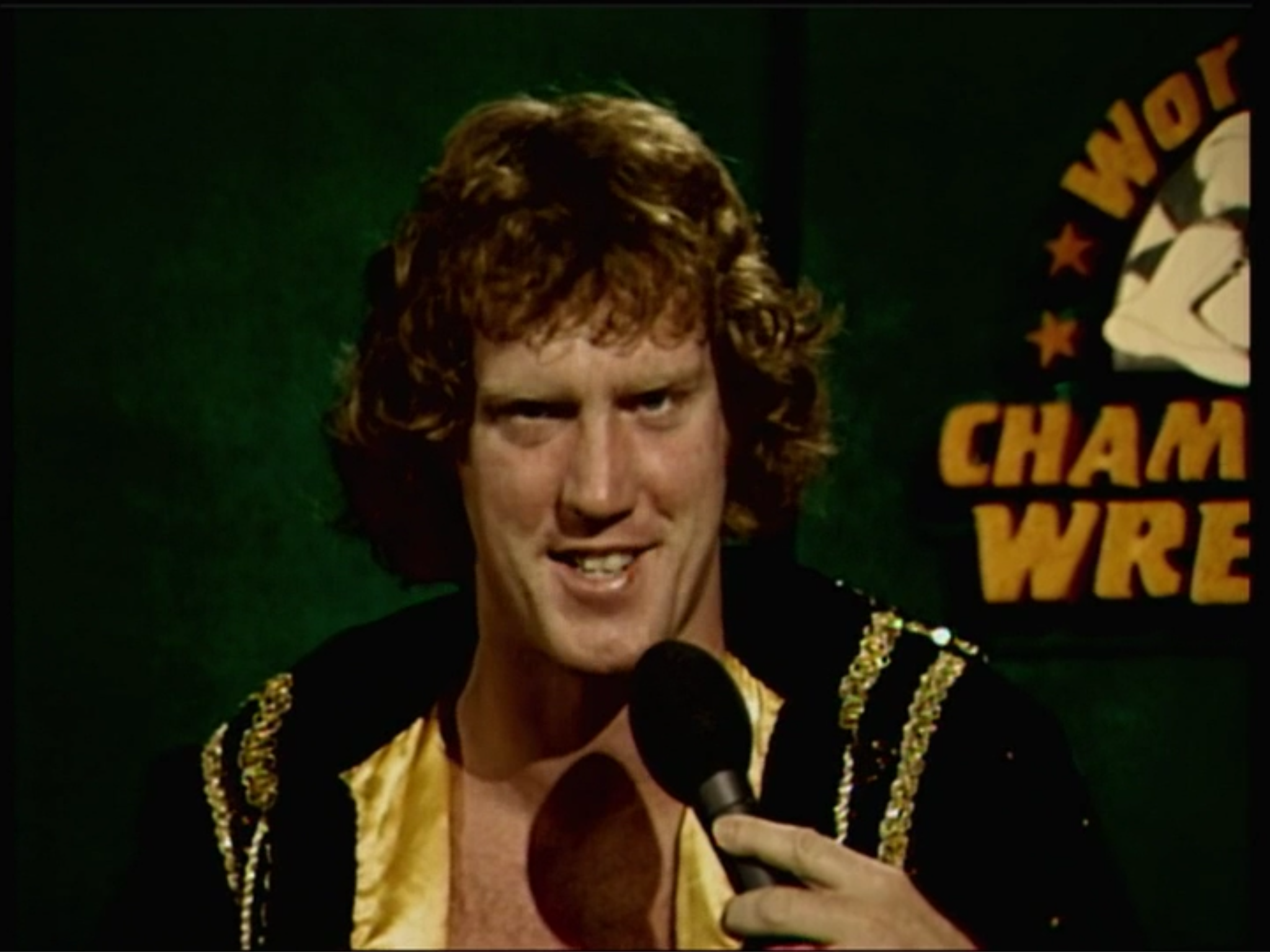 Summary: Hayes’ brief use of psychology on Kerry’s knee was solid, but his persistence with the bandage cost him thanks to a surprise roll-up. 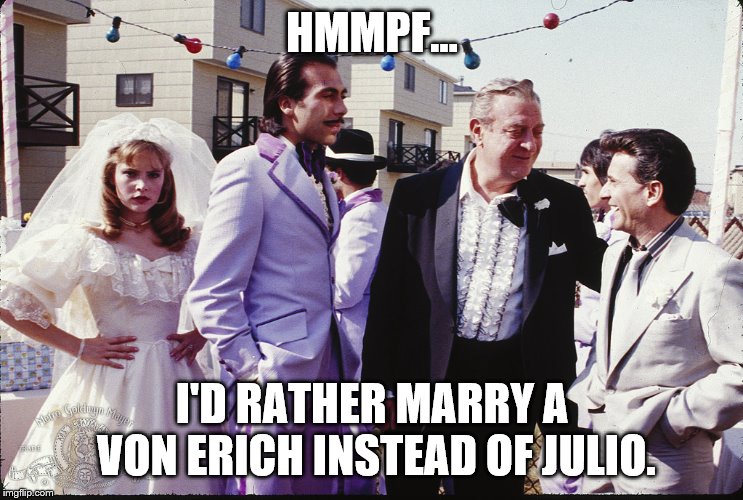 After the match, Hayes attacks Kerry while Gordy and Roberts join him. The Freebirds then viciously triple-team Kerry until Kevin and David rescue their younger brother. Since the participants of the next match are already at ringside, referee David Manning grabs the microphone and begins the second portion of the main event immediately.

Summary: EXTREMELY hot feud with a finish that makes sense as anger and frustration cost the Von Erichs a victory over their archrivals. Excellent corkscrew splash by Kevin notwithstanding.

After the match, David pulls Kevin off Gordy with tremendous effort. Kevin then frees himself from his brother’s clutches and attacks the prone Gordy again. To keep Roberts at bay, David gives him a cross corner whip that results in a Roberts flip. Finally, both Larry Hayes and Lubich pull Kevin away from Gordy.

Following a commercial break, Mercer interviews the Von Erichs. While David’s satisfied with a moral victory due to inflicting harm upon the Freebirds, Kevin wants a no-disqualification match against Gordy. 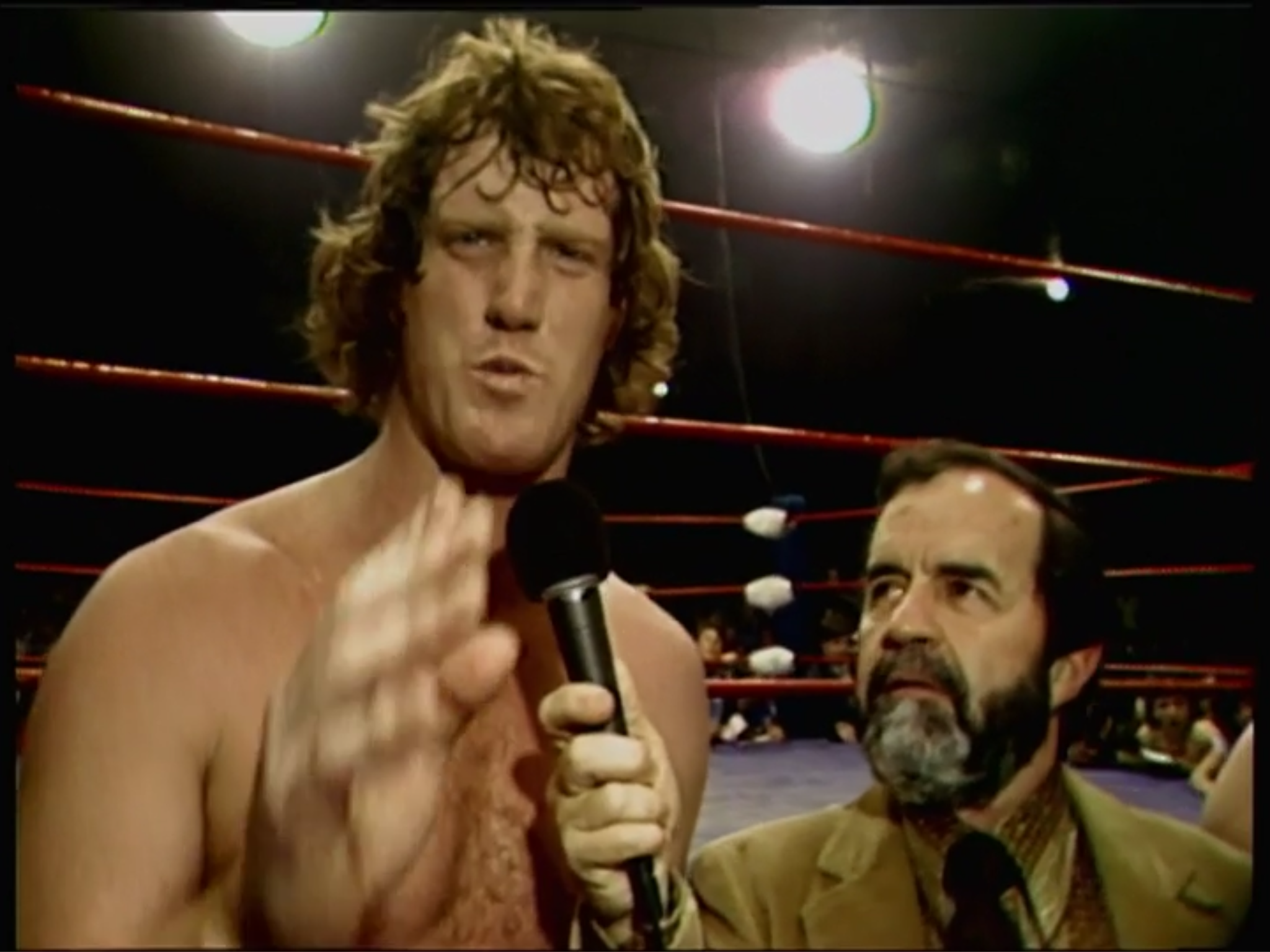 Conclusion: The Von Erich-Freebirds feud is in full force with full support from the Dallas faithful. Whereas Yatsu easily won a showcase match, Johnny Mantell earns some credibility by going a solid ten minutes with Irwin. 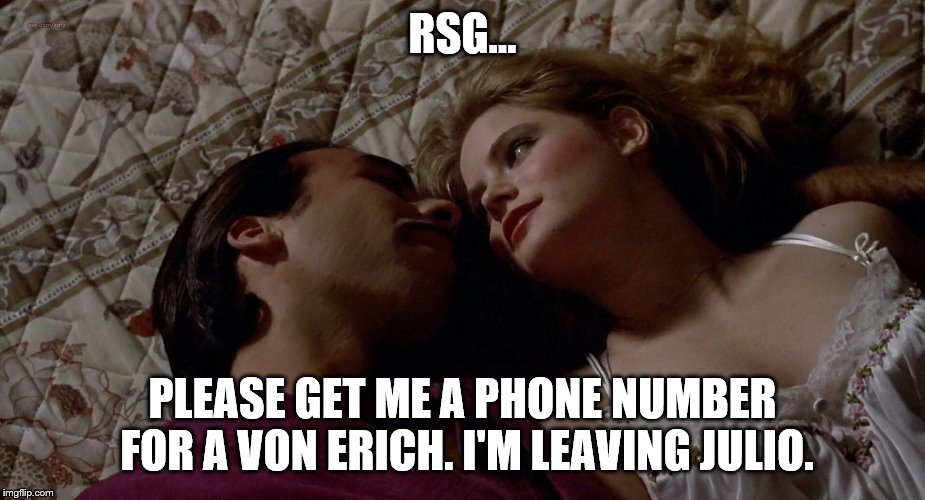 Allison, I’m so glad you could partake in this episode. Please call 1-800-VON-ERICH, and you won’t be disappointed.