Will Roberts defeat David and earn a title shot? What are Akbar’s upcoming plans? What does Garvin think about the Von Erichs and Freebirds? And who guest-hosts tonight’s installment?

At the broadcast table, Mercer interviews General Skandor Akbar who introduces a video featuring Kabuki recuperating in his “homeland.” Akbar promises that Kabuki will return “shortly” and describes the incoming Kamala. We then get a video featuring the Ugandan giant. 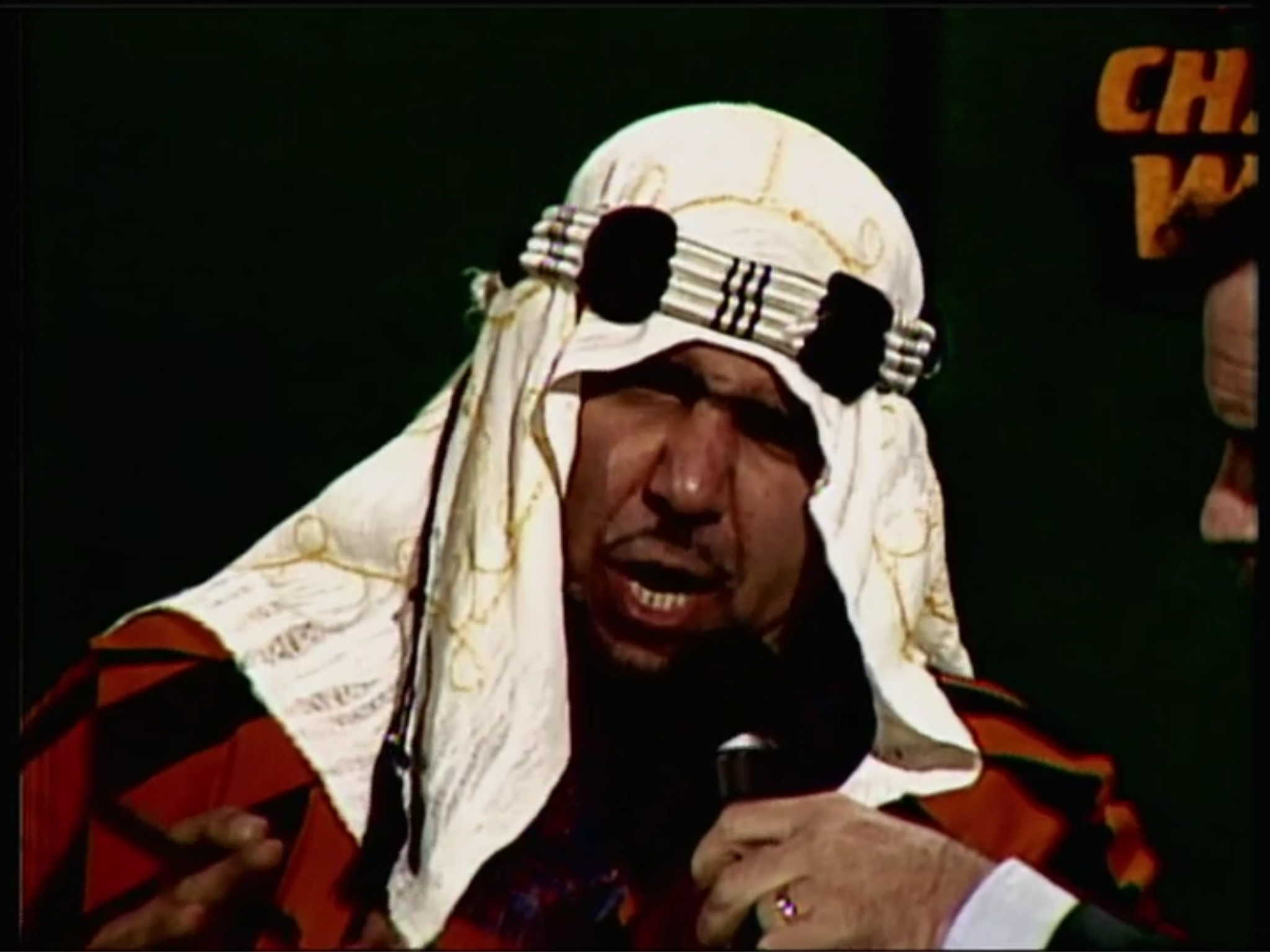 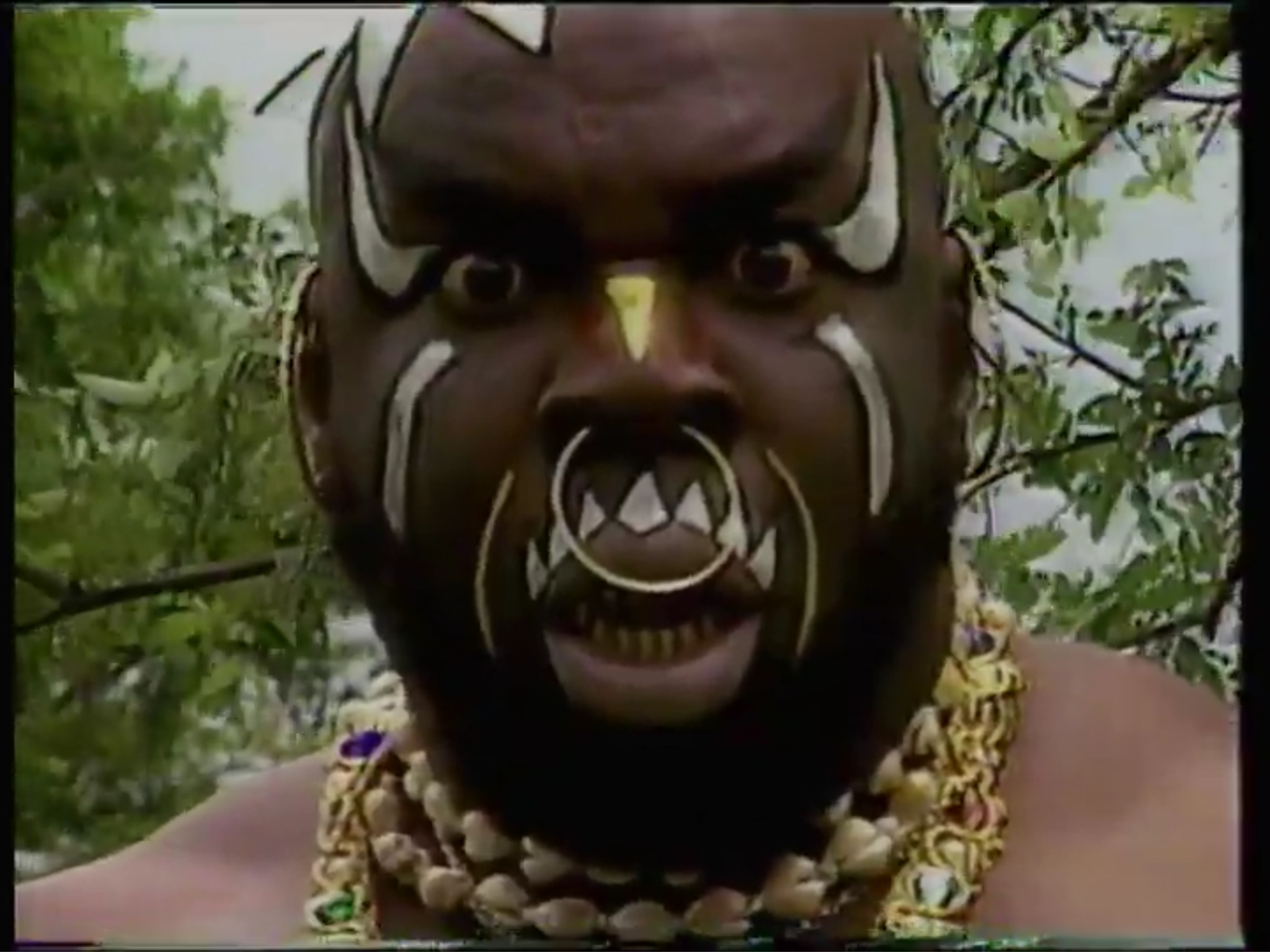 Summary: Showcase match for Parsons as Dragon was on job duty for this taping.

After the match, Hussein enters the ring and attacks Parsons. To retaliate, Parsons uses another butt butt to send Hussein flying to the floor. 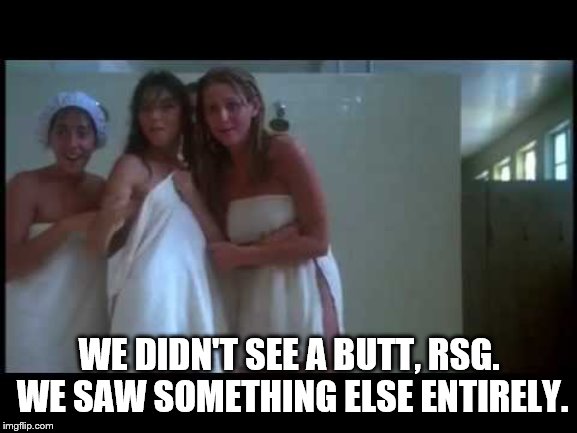 I’m sure you did, girls.

Prior to the next match, Akbar with Bundy challenges Yatsu.

Summary: Showcase match for Yatsu as Madril was also on job duty during this taping.

After the match, Yatsu releases the hold before getting disqualified. He then reapplies the abdominal claw, but Hussein pulls him off. Mercer then interviews Hussein at ringside, and Hussein cuts a promo on Devastation, Inc.

Following a commercial break, Mercer interviews “Gorgeous” Jimmy Garvin with Sunshine. While Garvin’s seated in a jacuzzi, he continues to refuse his matches being filmed. Sunshine then hands him a set of pictures of the Von Erichs, and Garvin runs them down and tears up the pictures. Next, he sees a picture of the Freebirds and believes they “belong in the garbage.” After all, he’s got too much “class.” 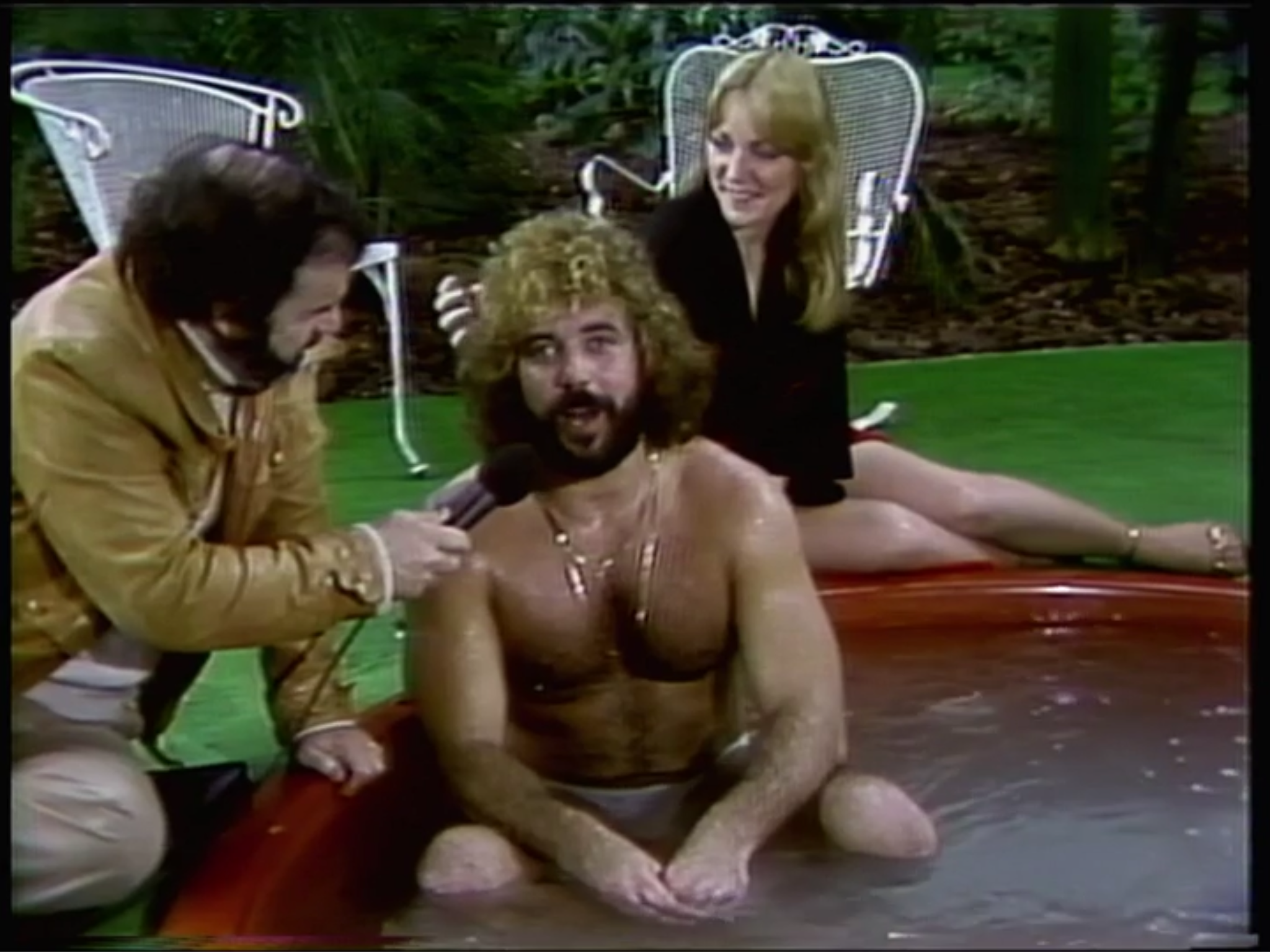 Summary: It would have been poor booking for the Freebirds to lose twice in the same taping, so the decision makes sense.

After the match, Gordy delivers a swinging neckbreaker to David, and Hayes follows with one of his own. Without haste, Kerry and Kevin storm the ring and chase the Freebirds back to the locker room.

Before the show leaves the air, Mercer interviews an ailing David at the broadcast table. 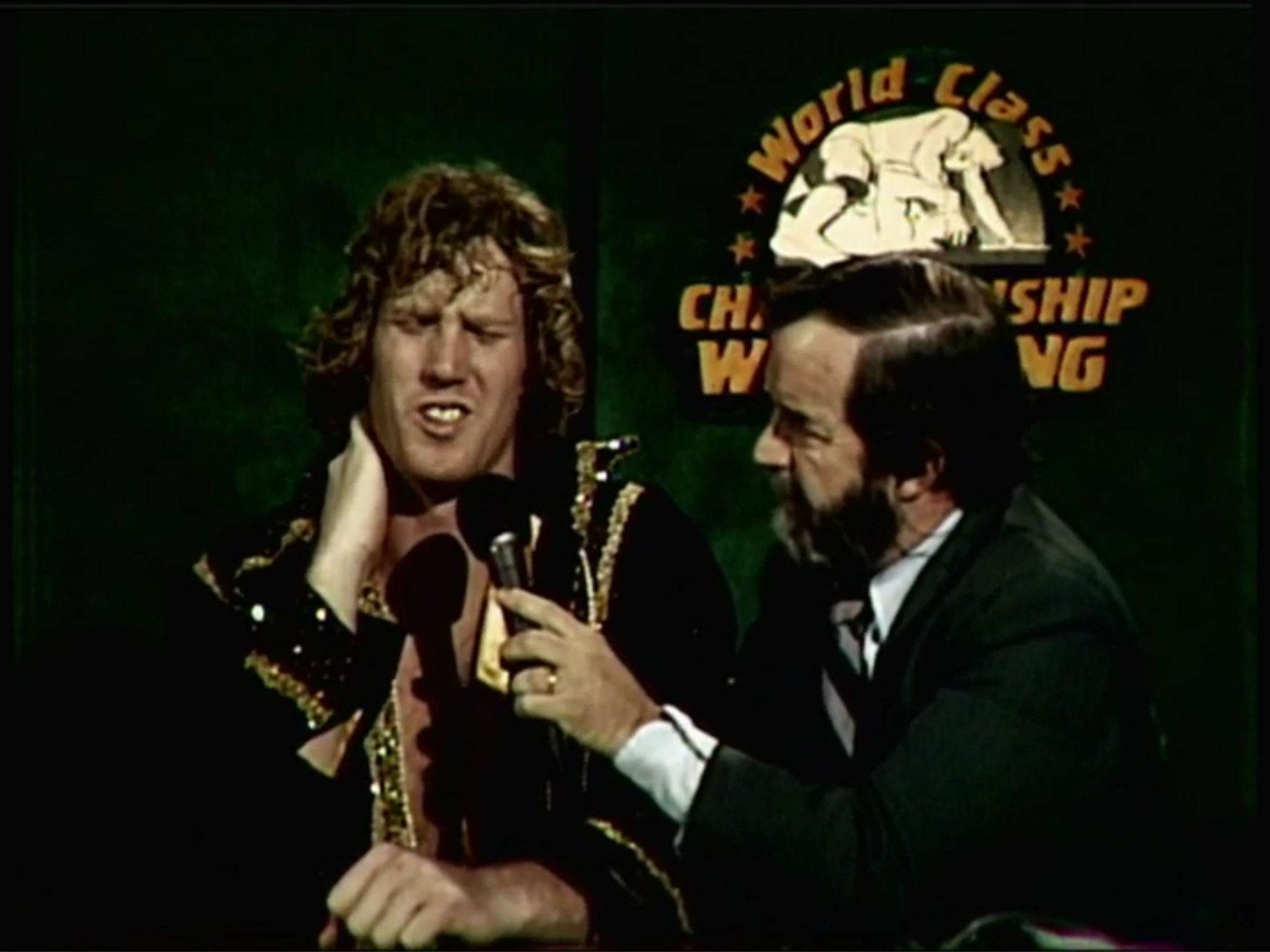 Conclusion: The Von Erich-Freebird war continues unabated. Meanwhile, both Akbar and Garvin set their sights on taking down the Von Erichs. What did you think of the show, Wendy? 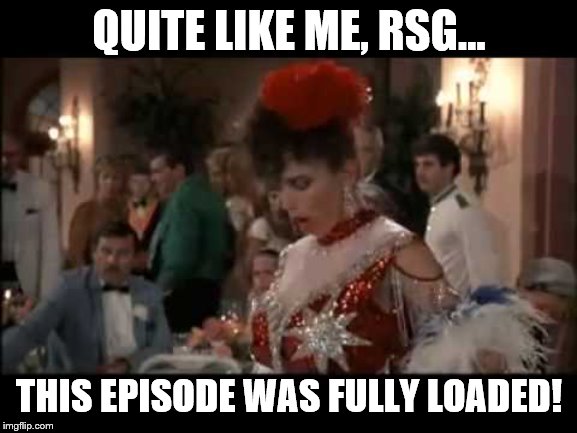