Will Kevin retain the American title against Gordy? How will David fare against the wily Checkmate? Plus, a bonus match is included. What’s better than that? 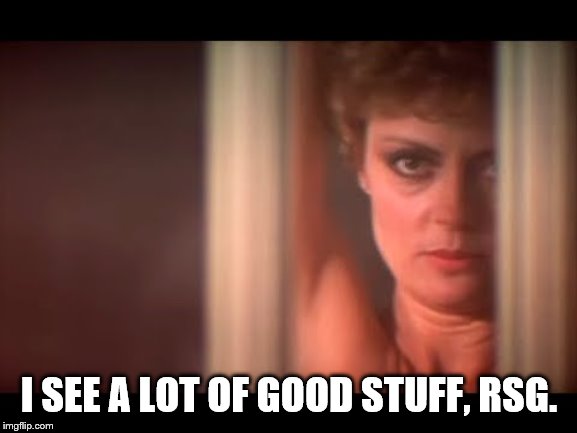 Thanks, Sarah. Enjoy the ride!

Summary: Against a technically-savvy opponent, David used less brawling than usual to achieve victory. That’s a plus in my book.

Mercer then interviews the Freebirds at a drive-in. It looks like the Freebirds got their custom-made van from Tom Stimus, and they’re wearing matching white varsity jackets. Gordy states that after he defeats Kevin that he’ll be “one step closer to the World title.” They then leave the drive-in and the check with Mercer. HA! 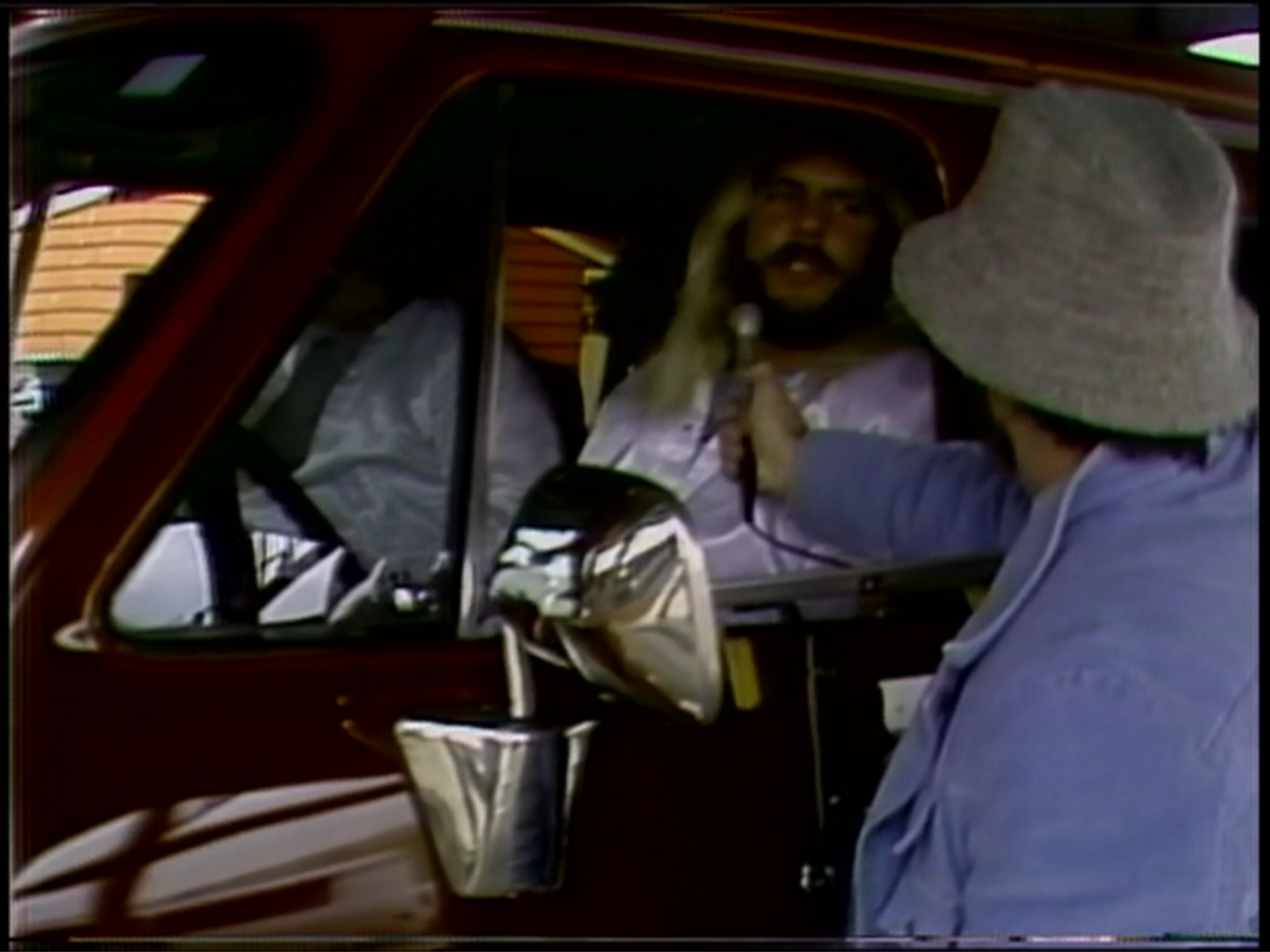 Prior to the main event, Mercer interviews Kevin who isn’t worried about his title. Rather, he’s worried about “if there’s enough room for the ambulance to get Gordy out of (here).” Whoa! That’s a serious albeit subtle threat. 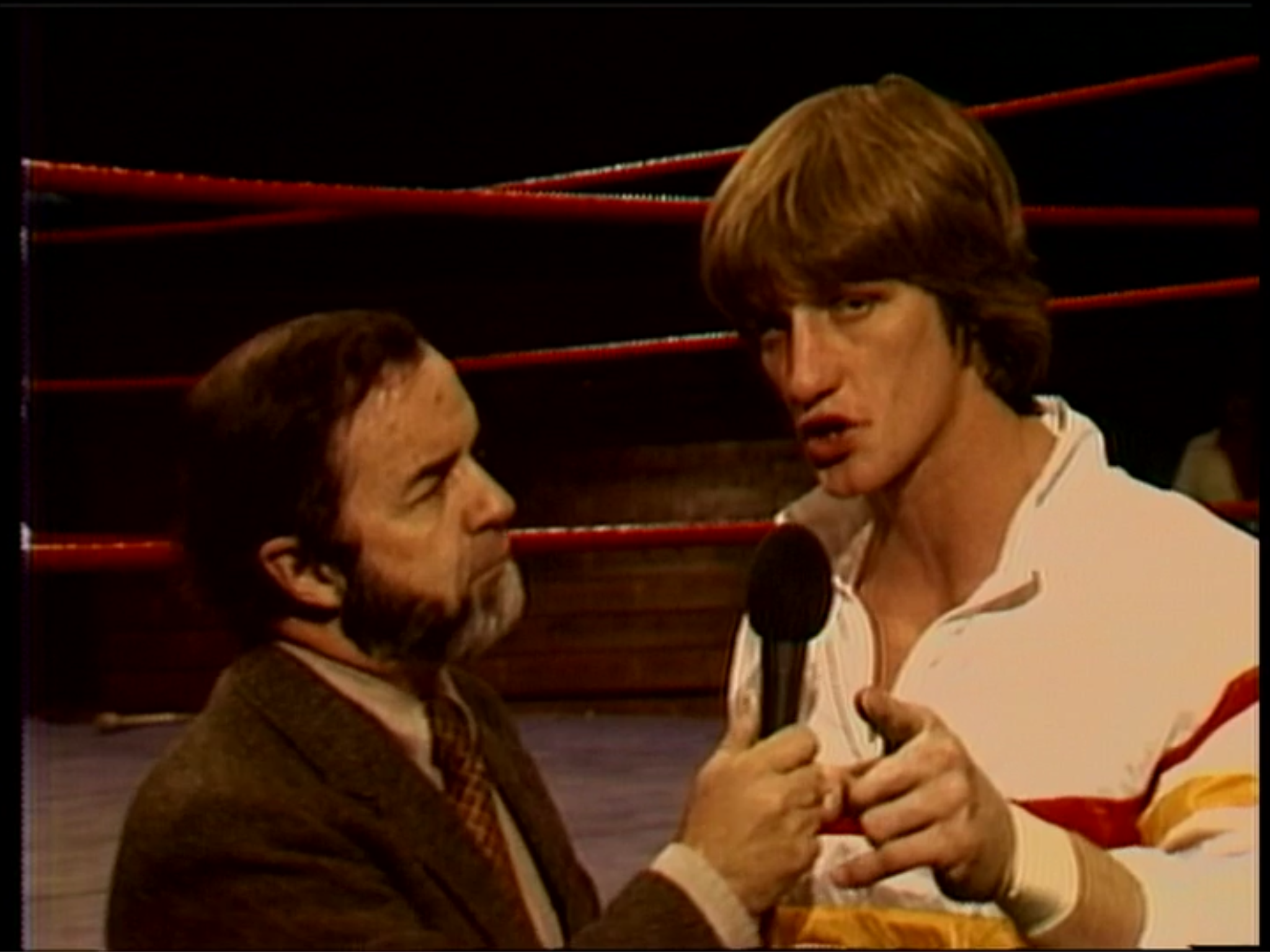 Summary: The Freebirds collect yet another title to accompany their American and six-man tag titles.

Before the program leaves the air, Mercer interviews the NEW American champion along with Hayes, Roberts, and the Georgia state flag. Once again, any complaints about it can be filed with former President Jimmy Carter. Gordy gloats about having all but one title, yet, next week, he’ll face “Nature Boy” Ric Flair to obtain the masterpiece. 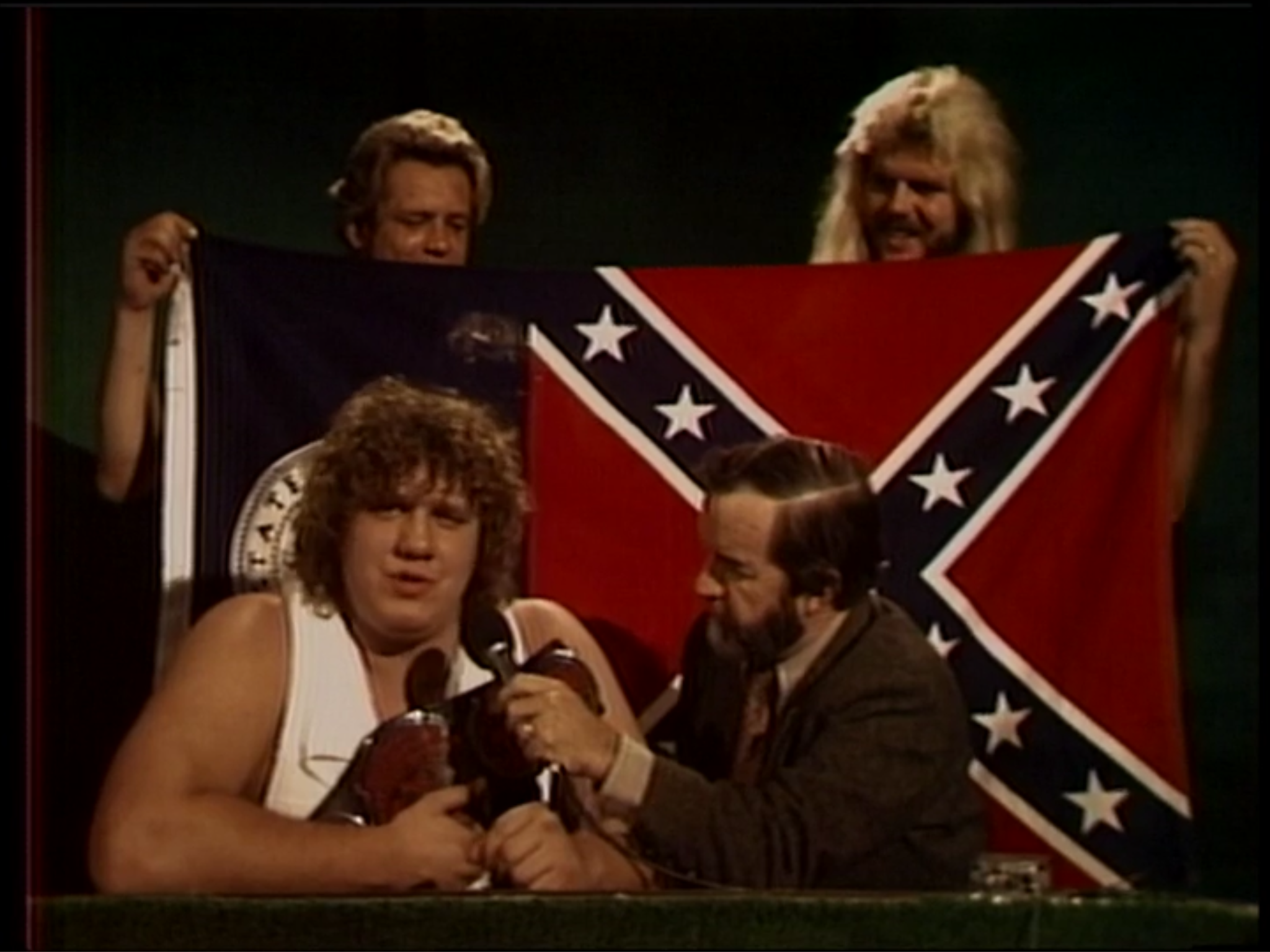 Conclusion: Gordy becomes the top wrestler in WCCW by capturing the American title. In doing so, the Freebirds are on a proverbial roll. Also, in his quest to vanquish the Freebirds, David looks sharp against Checkmate. Those matching white varsity jackets have to be seen to be believed. 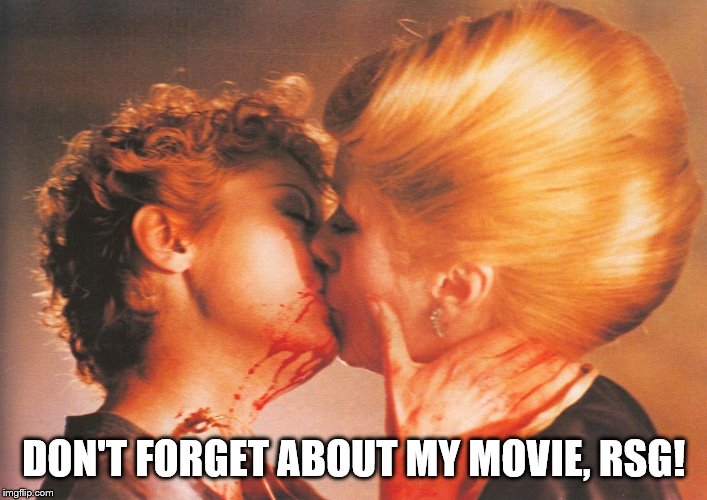 Oh, yes, Sarah. If you’ve got a thirst for vampires, Check out The Hunger with Susan Sarandon and David Bowie.