Can McGraw and Madril topple Bundy and Kabuki? Will Lothario conquer Hayes? Who is Bundy’s “boss”? And which movie star will grace us with her presence?

Woah! Please, Dirty Harry, there isn’t any gun violence in my reflections.

Why do I get the feeling that won’t be the last time we see him?

Prior to the opening match, Mercer interviews Hussein with Yatsu who replaces Kabuki. For those who are curious, Gary Hart left WCCW, so H&H Ltd. became history. According to The Triumph and Tragedy of World Class Championship Wrestling, Hart only received a $3,500 bonus from a $250,000 stream of revenue. Needless to say, but I’d walk too. 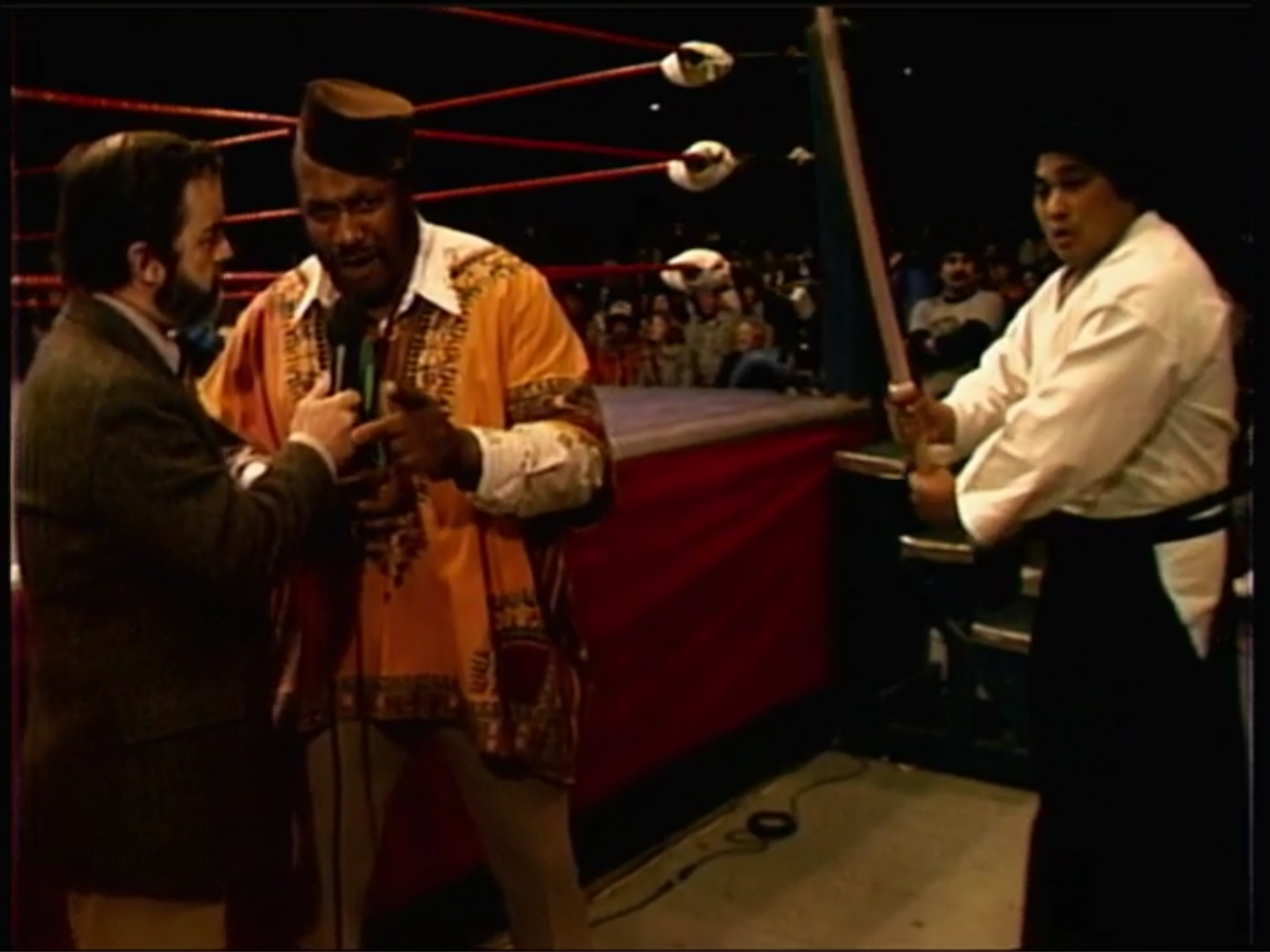 Match 1: The Great Yatsu (w/ Arman Hussein) versus the Samoan

After the match, when Samoan gets to his feet, Yatsu delivers a thrust kick to knock him down again. Before referee David Manning can reverse the decision, Hussein pulls Yatsu off him.

Following a commercial break, Mercer interviews David who refers to the Freebirds as a “bunch of fools.” He’s ready to take the six-man titles from the Freebirds with his brothers. 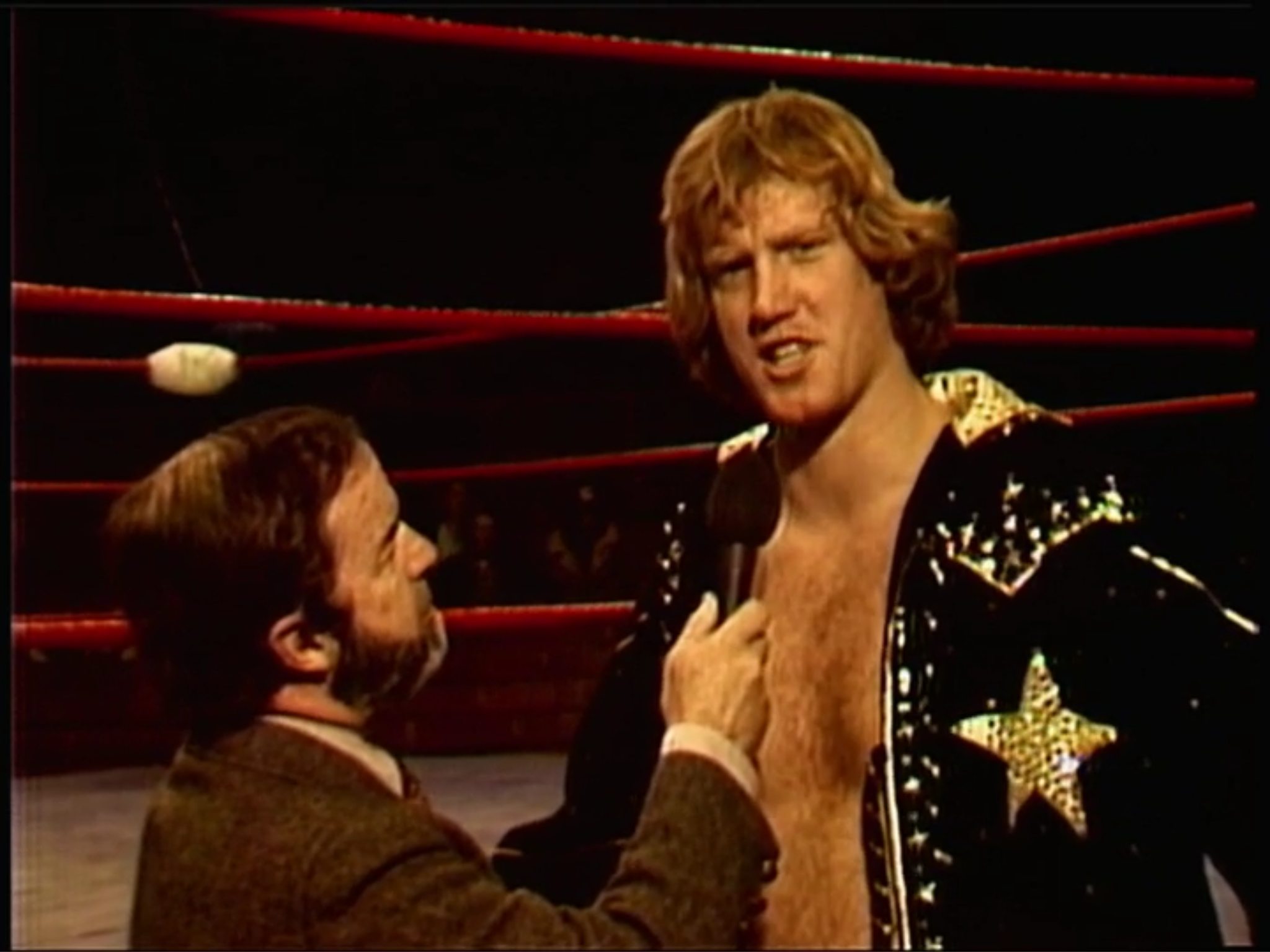 Summary: Good psychology by Lothario coupled with the animosity of the Dallas faithful toward Hayes makes this one a winner.

After the match, Lothario smartly heads for cover before Gordy and Roberts can steamroll him.

Mercer then interviews the Freebirds while the Dallas faithful chants “go home, Freebirds.” Gordy exclaims that they want the Von Erichs “anytime they want to sign the paper.” Hayes then threatens Lothario before walking away angrily. 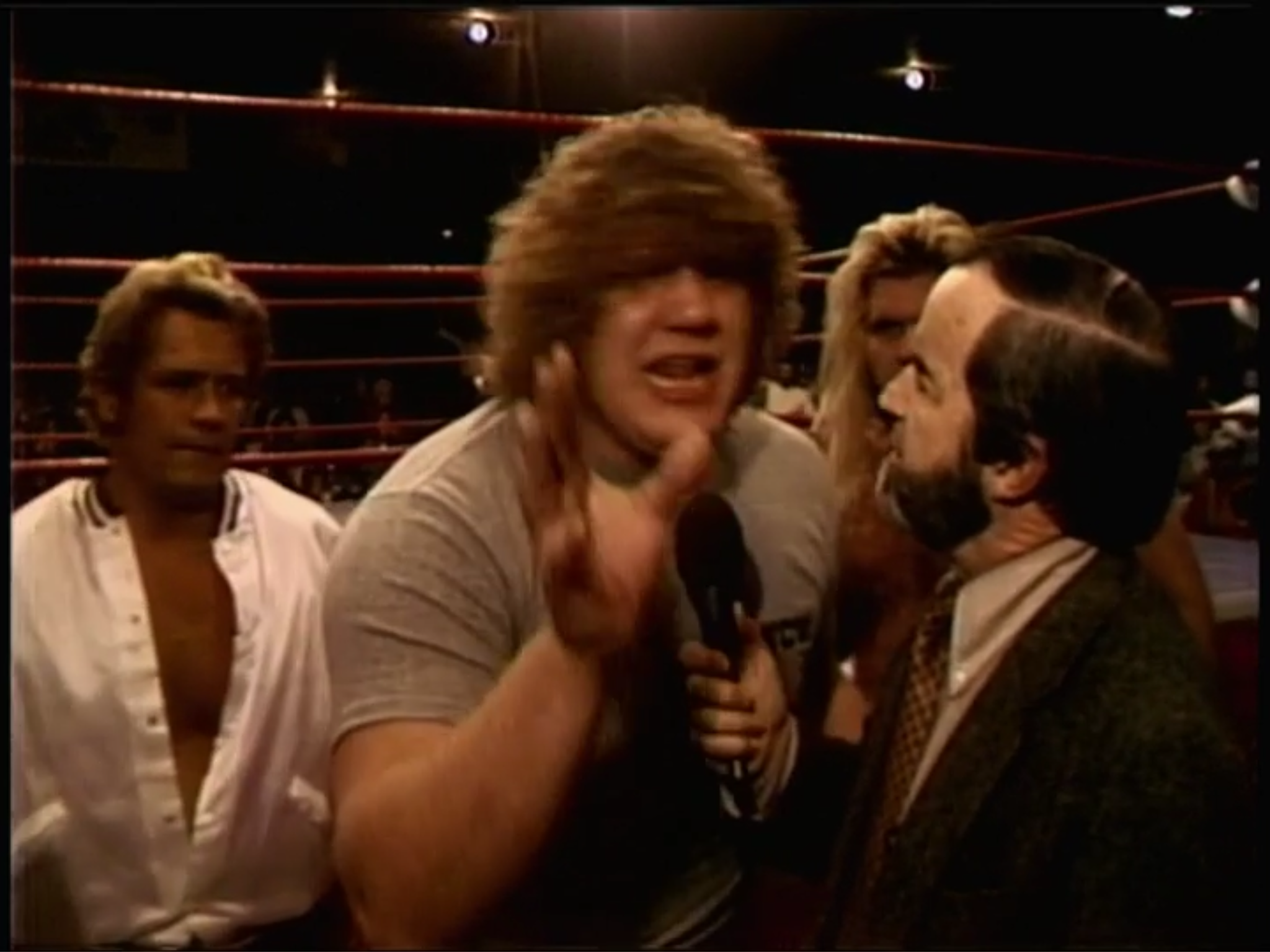 Following a commercial break, Mercer interviews “the founder of Devastation, Inc.”--King Kong Bundy. While he won’t reveal who his “boss” is, Bundy foreshadows “many others” joining the ranks of Devastation, Inc. He then calls the boss on the phone, but, despite having a speaker attached to the phone, there isn’t a voice on the other end. Clever! 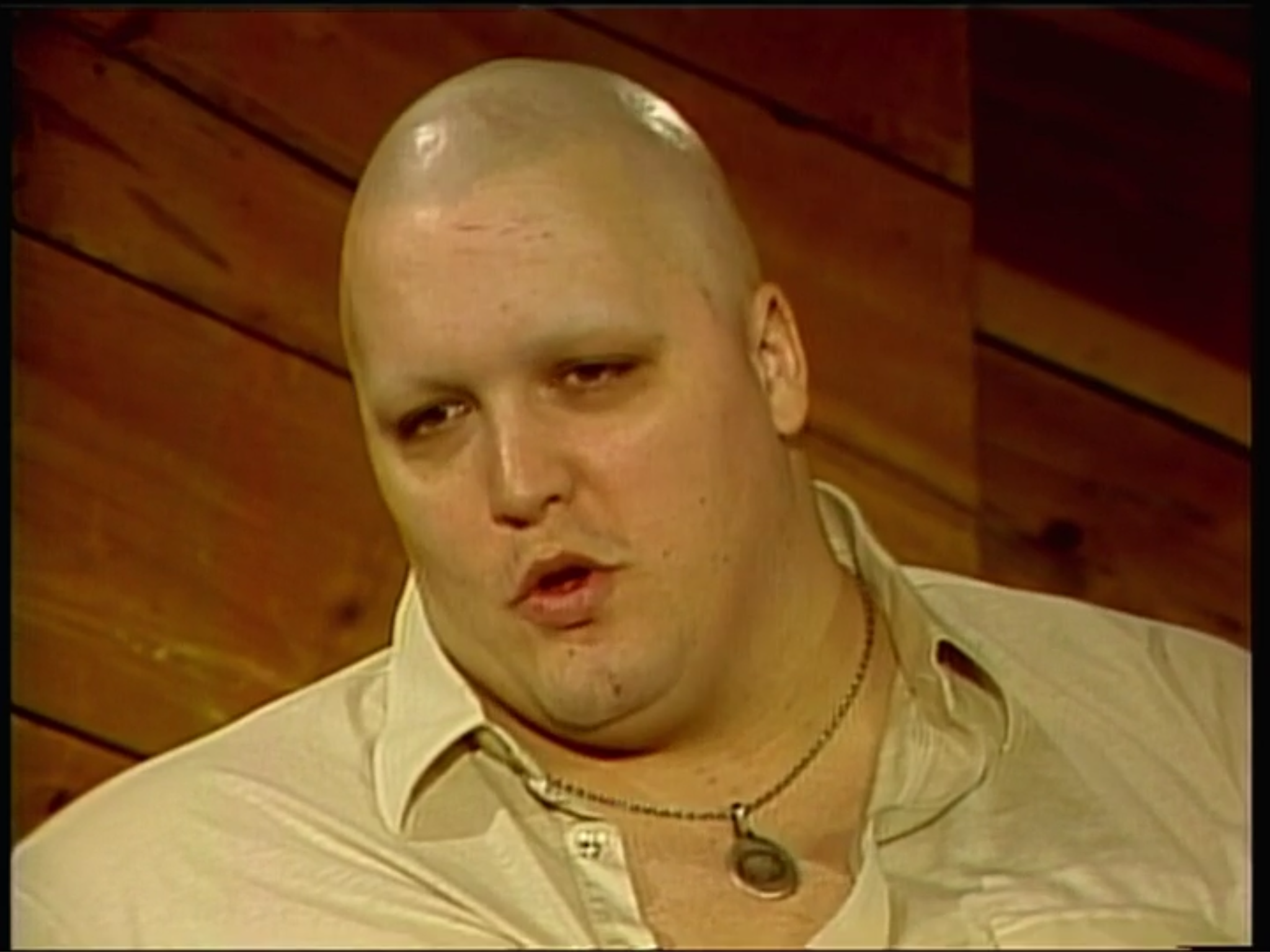 Summary: Considering Kabuki and Bundy are a brand new team under an equally new regime, their victory makes sense.

Before the program leaves the air, Mercer interviews Gordy and Roberts. They proclaim that Gordy will become American champion upon defeating Kevin next week. 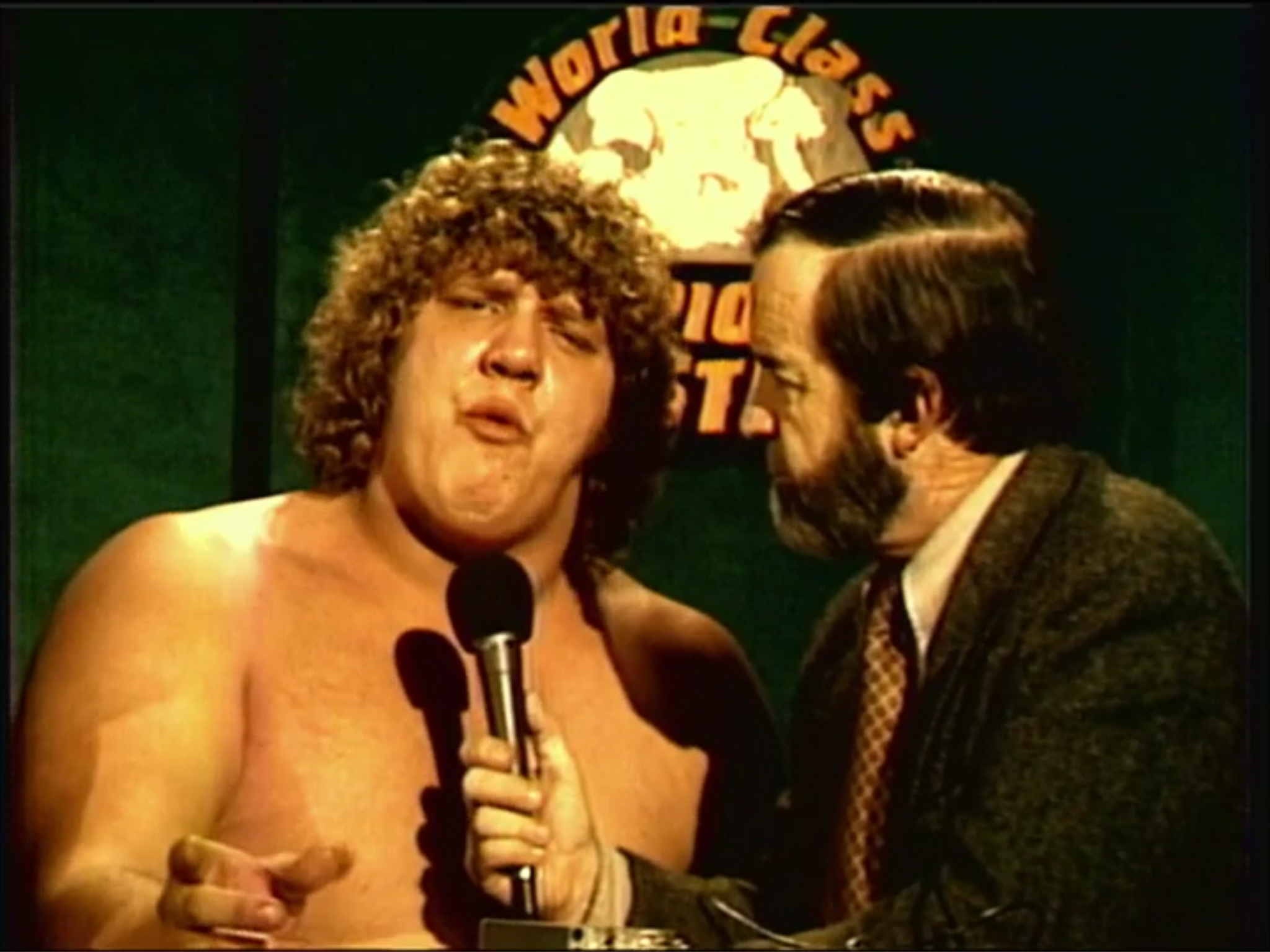 Conclusion: Bundy and Kabuki look like a formidable team with their defeat of McGraw and Madril. Hayes versus Lothario was better than expected, and Bundy’s shenanigans regarding his boss remain unclear.

Wait a minute! I’m getting a strange signal from somewhere...