Who will win the six-man elimination match? Can Madril attain victory over the truly loathed Hayes? And who will ring in 1983 with us? 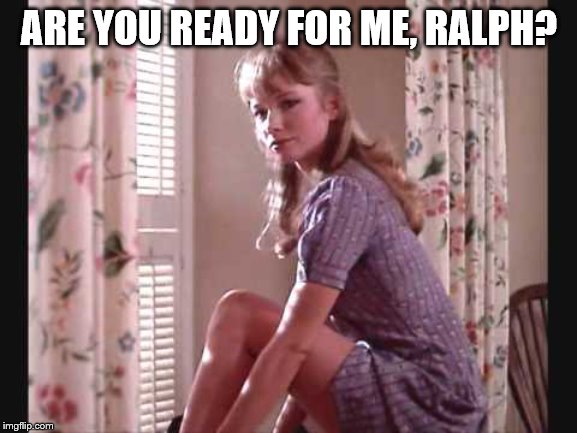 Hey there, Lana! You know the R in RSG doesn’t stand for Ralph. My name’s not Joel either.

Prior to the opening match, Mercer interviews the Freebirds. Hayes wants to “run over the Von Erichs...with pleasure.” Good heel interview. 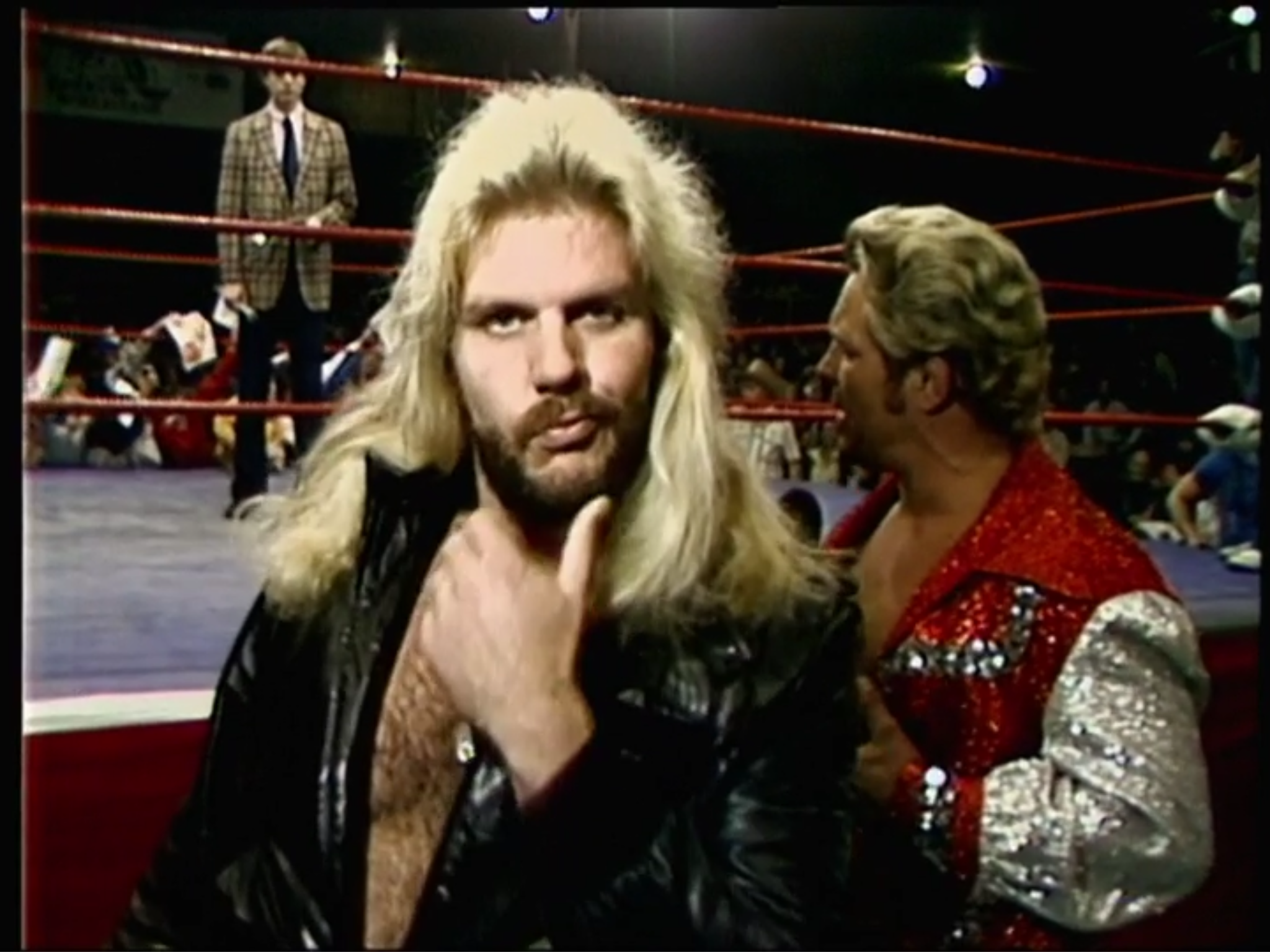 Summary: Decent match between the smallest Freebird and the young up-and-comer.

After the match, Adias and Roberts brawl until Roberts exits the ring to a chorus of boos.

At the home of the Freebirds, Mercer interviews them. Unfortunately, the audio isn’t great. According to Hayes, Kerry knocked him out of the ring and tried to leave, but Gordy slammed the door on him. To finish the segment,Hayes instructs Mercer to leave. 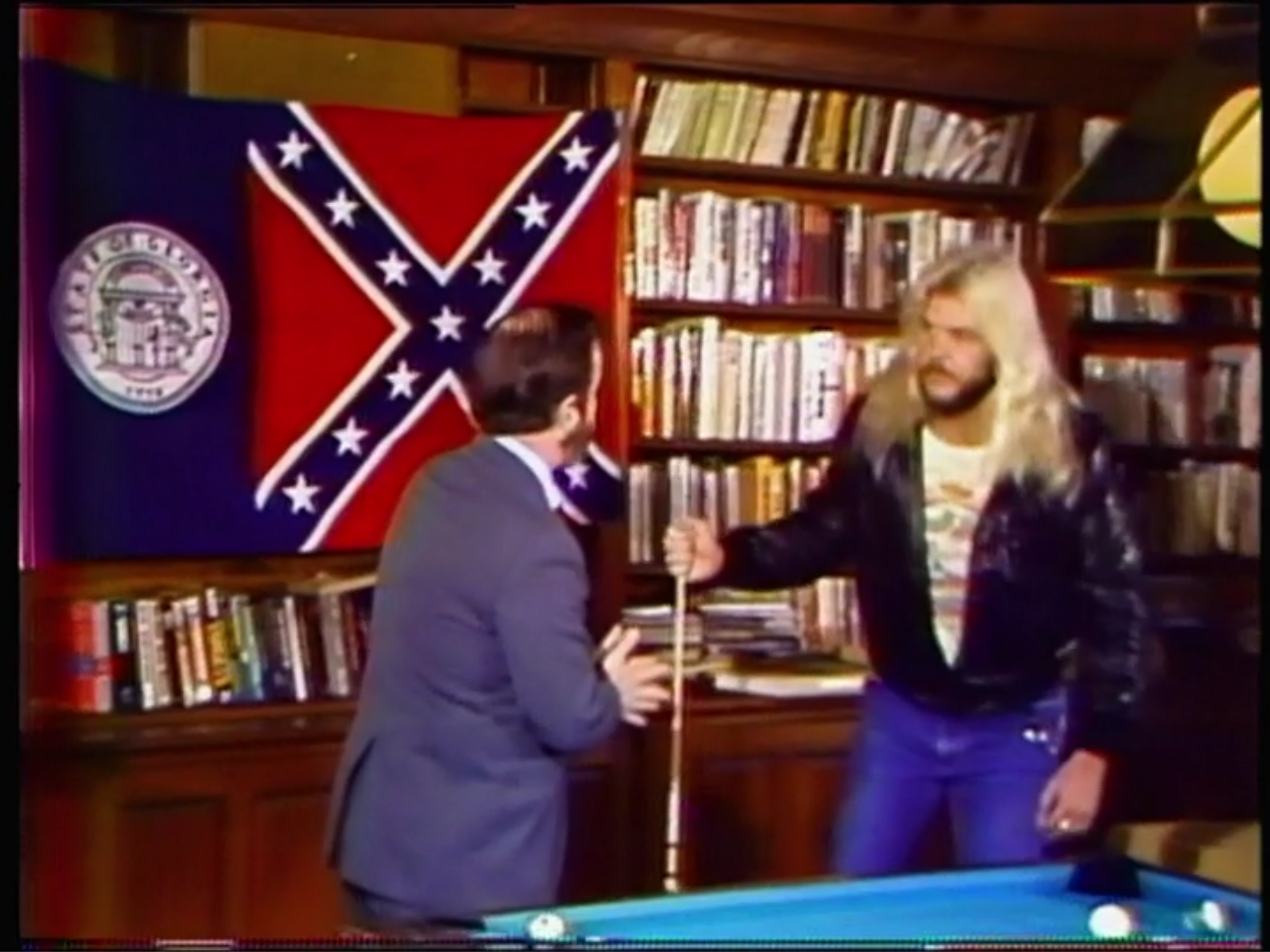 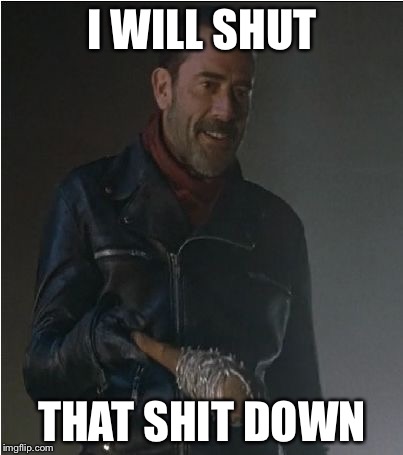 By the way, that’s the Georgia state flag. File your complaints with former President Jimmy Carter if you take issue with it.

Summary: Make no mistake. The Freebirds are vile and hated ENEMIES to the Dallas faithful, and their heel act plays the part beautifully. 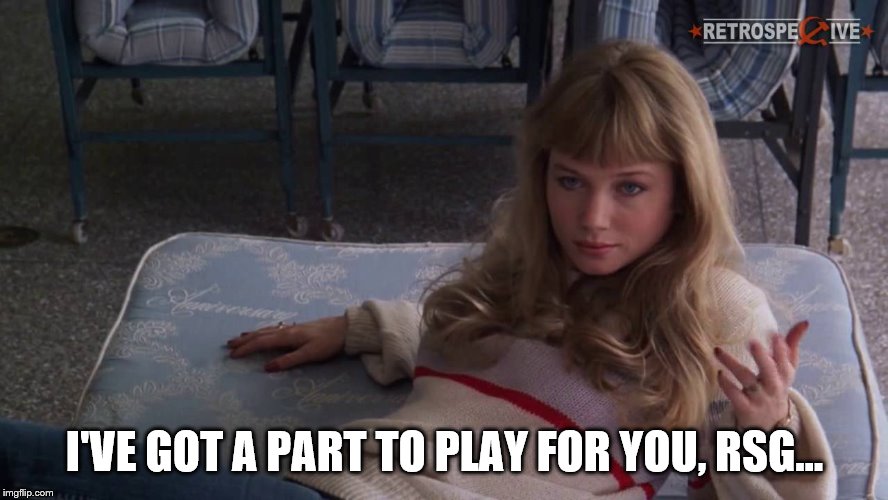 Thanks, Lana, but save it for one of the Von Erichs, ok?

After the match, Hayes and Lothario brawl until Hayes runs for cover. 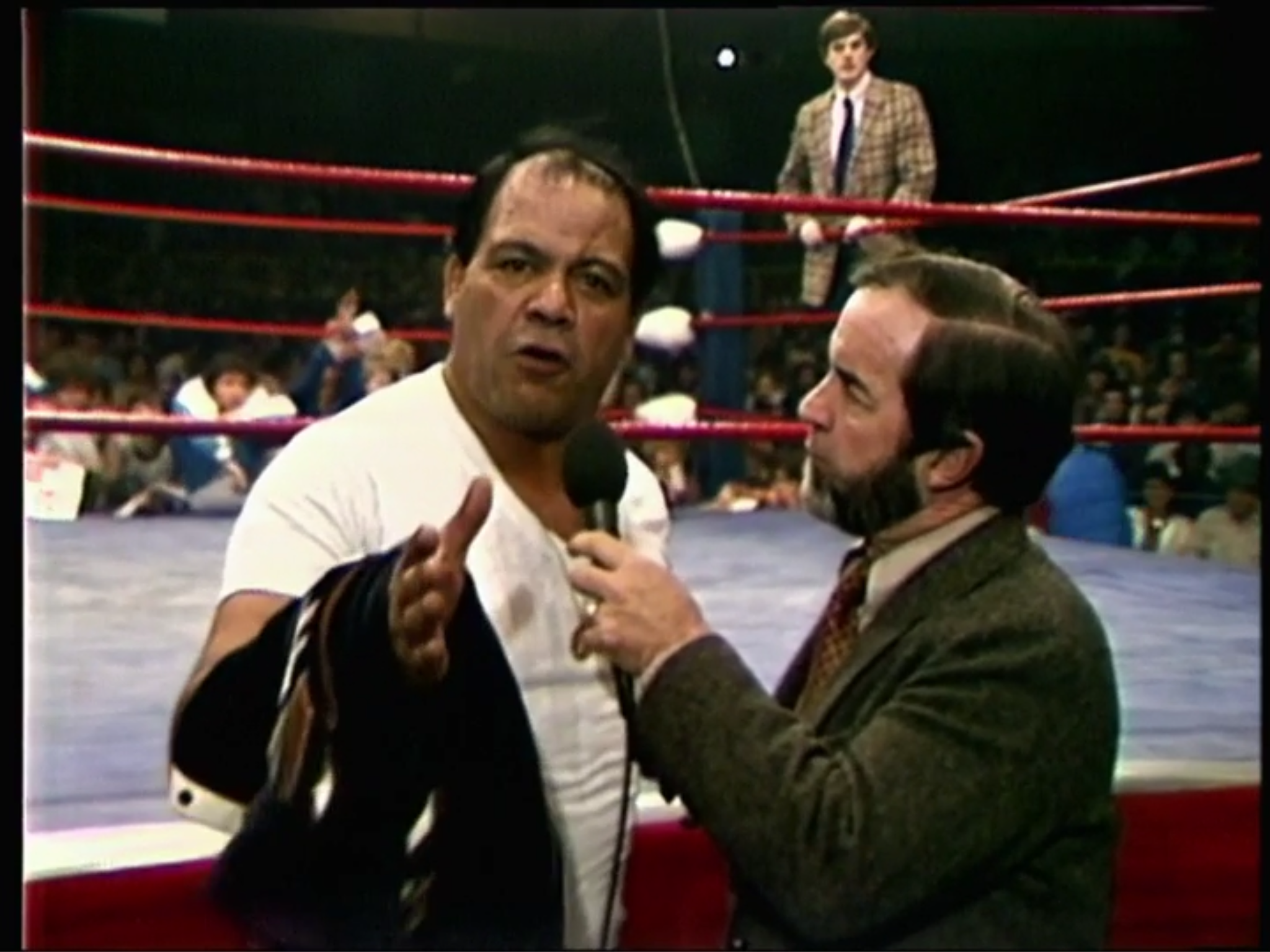 Following a commercial break, Mercer interviews referee David Manning who explains the rules of the next match. Andre the Giant then joins them and states he’s ready due to his experience in battle royals. 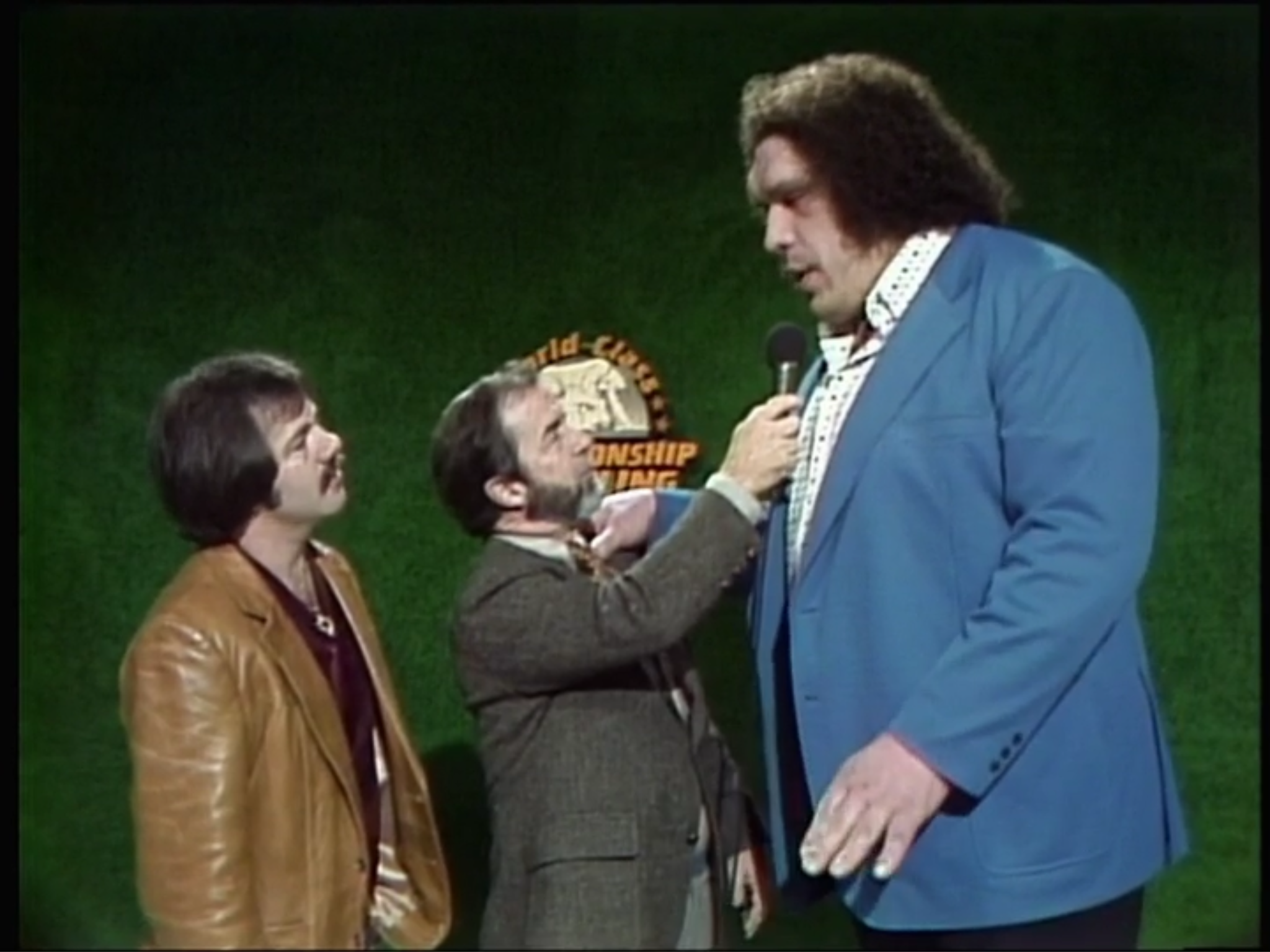 Summary: With both Kerry and McGraw out of the match early, the Dallas faithful placed its sympathy upon Andre. When Andre was eliminated, the air came out of the balloon. Good victory for the freshly-heel-turned Gordy however.

Before the show leaves the air, Mercer interviews Kerry and Adias at the broadcast table. Kerry will be Adias’ manager against Gordy next week. 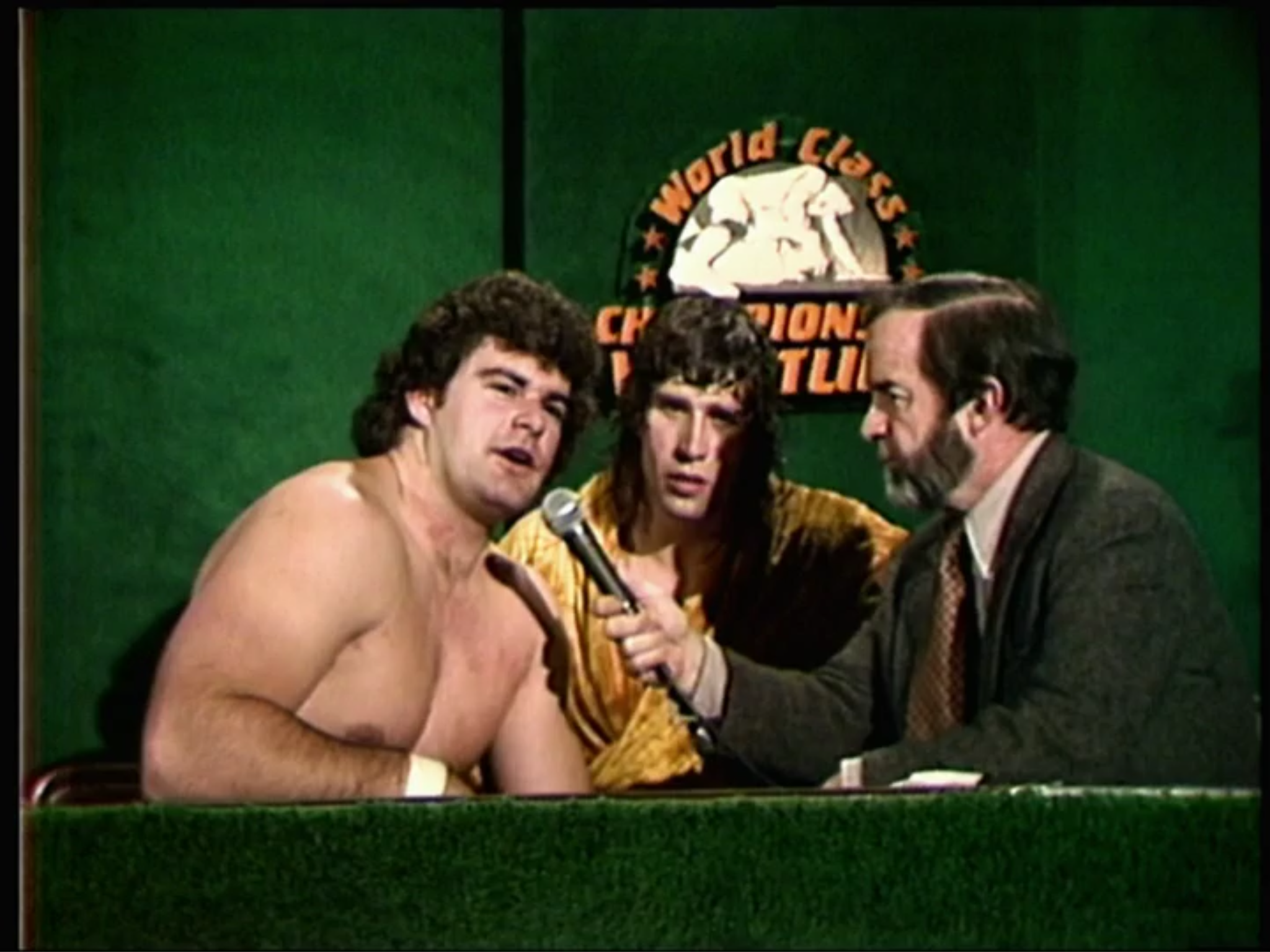 Conclusion: Winning the elimination match was a stepping stone for Gordy that could lead to bigger opportunities. Without any shred of doubt, the Freebirds have become the #1 heel stable in WCCW. Definitely check this show out. What’s your opinion, Lana? 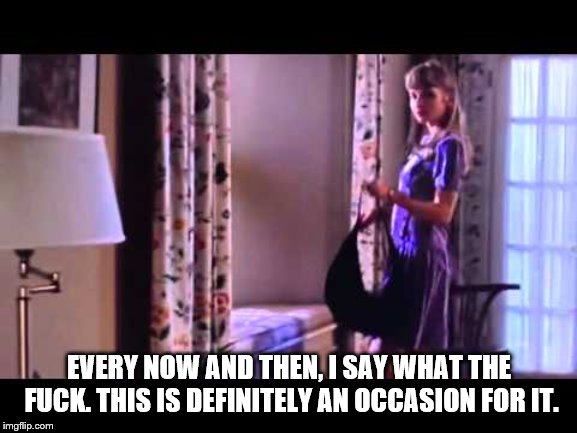