Can Warlord defeat Orton and become Intercontinental champion? How will the Killer Bees fare against the Blackhearts? What’s going on with Wild Thing? And who in the blue hell is Zoogz Rift?

This event took place during the North Dakota State Fair and is an unedited bunch of film with four matches, numerous interviews with different takes, and some “publicity” at the hands of the Wild Thing.

Don’t worry, I’ll clue you in when it’s appropriate.

We begin with news feature showcasing a press conference where “Wild Thing” cuts a brief promo on “Mr. Outrageous.” He’s gained some hair and self-confidence but still falls short on the promos.

Tolos, in rare form already, informs us of the lesbian population of Minot, ND. 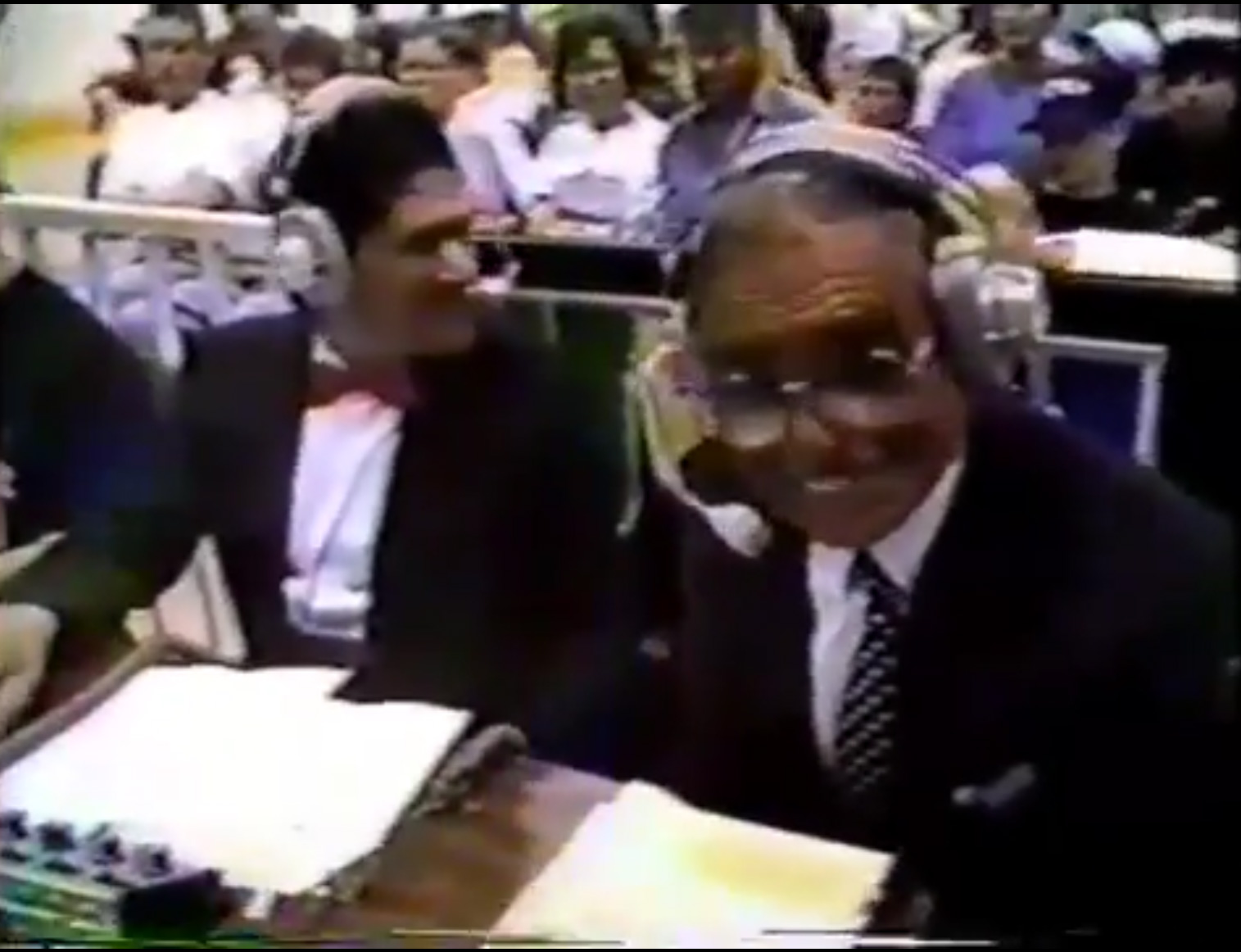 Summary: While the wrestling was solid, the match didn’t wow the Minot faithful. 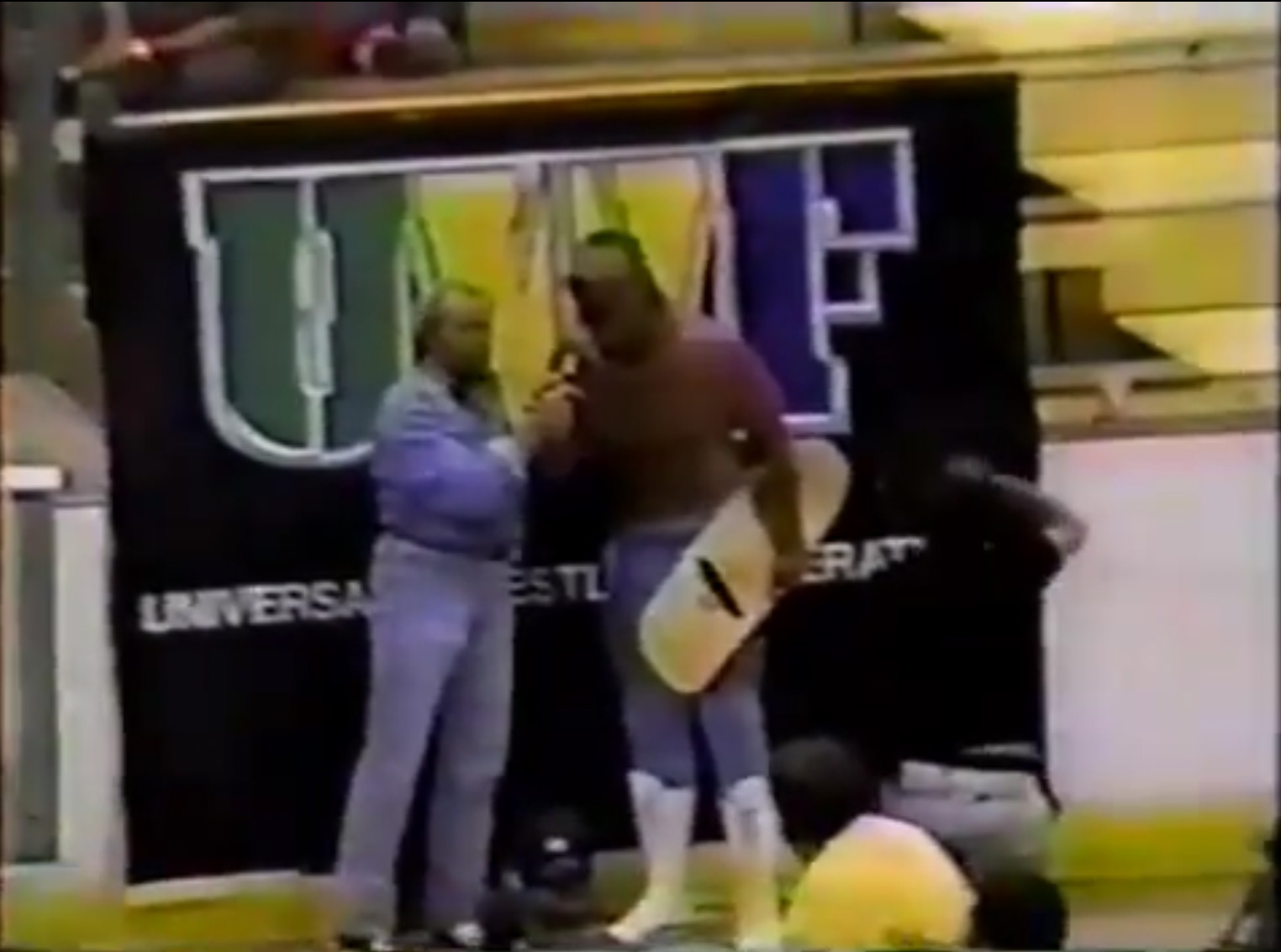 Mass Confusion Killer Bees pose for pictures, and we hear where the direction their promo is focused. Next, they cut a promo on the Blackhearts. We get a second take, and Blair flubs it. A third take follows, and Blair nails the Dustyism of “kings/queens/pork’n’beans.” Take #4 happens, and Brunzell can’t keep a straight face. As take #5 happens, they get interrupted. For take #6, they cut an anti-drug PSA. What’s that, Abrams? 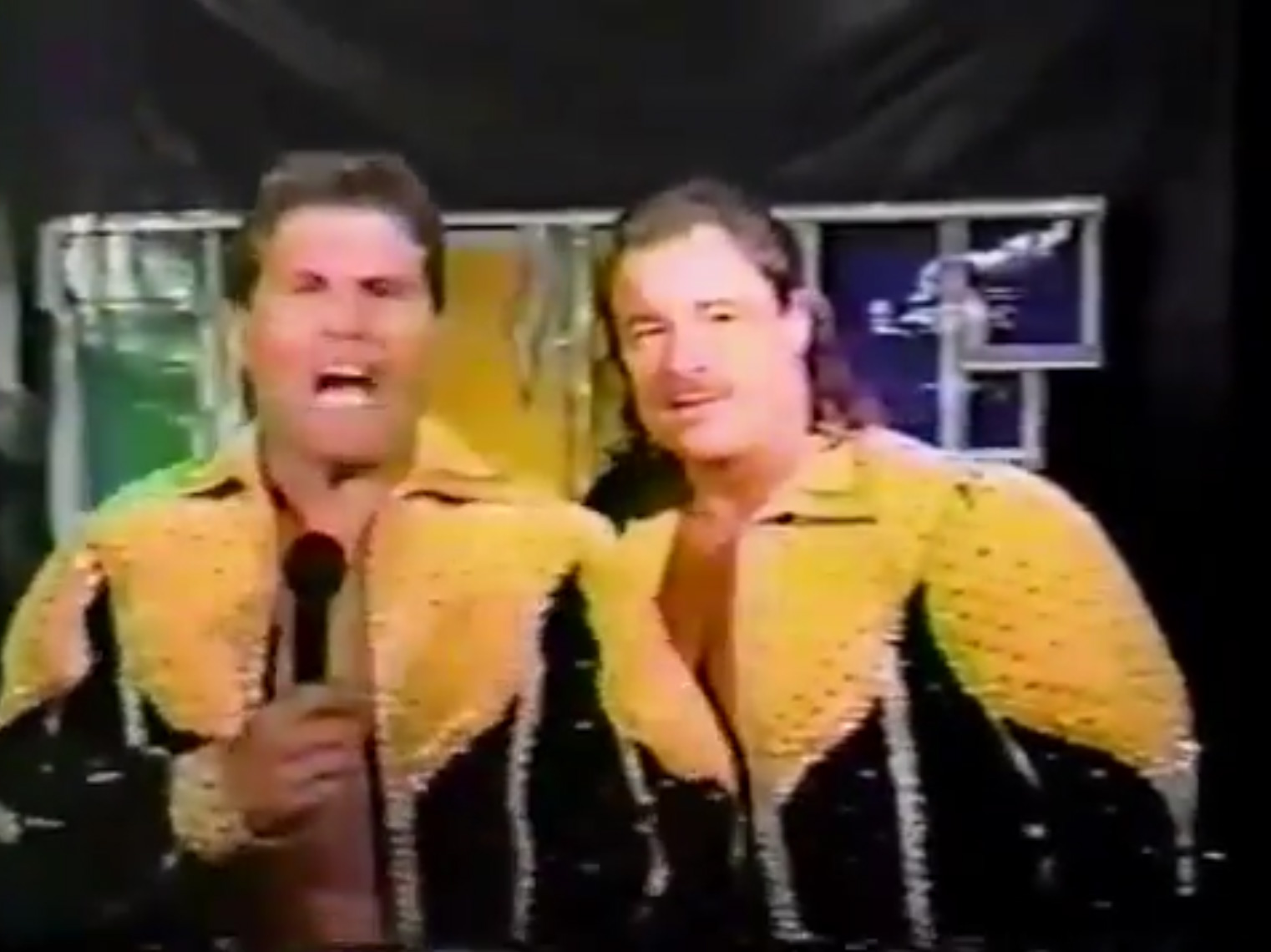 Next, Abrams hosts a press conference for Rampage ’93. Commissioner Gianelli wants to “control” the UWF and calls Abrams a “little man.” Afterward, Wild Thing emphasizes wrestling instead of entertainment and puts his arm around Rift. Speaking of Rift, he cuts a promo on Orton for Warlord: “Nobody beats the Warlord.” 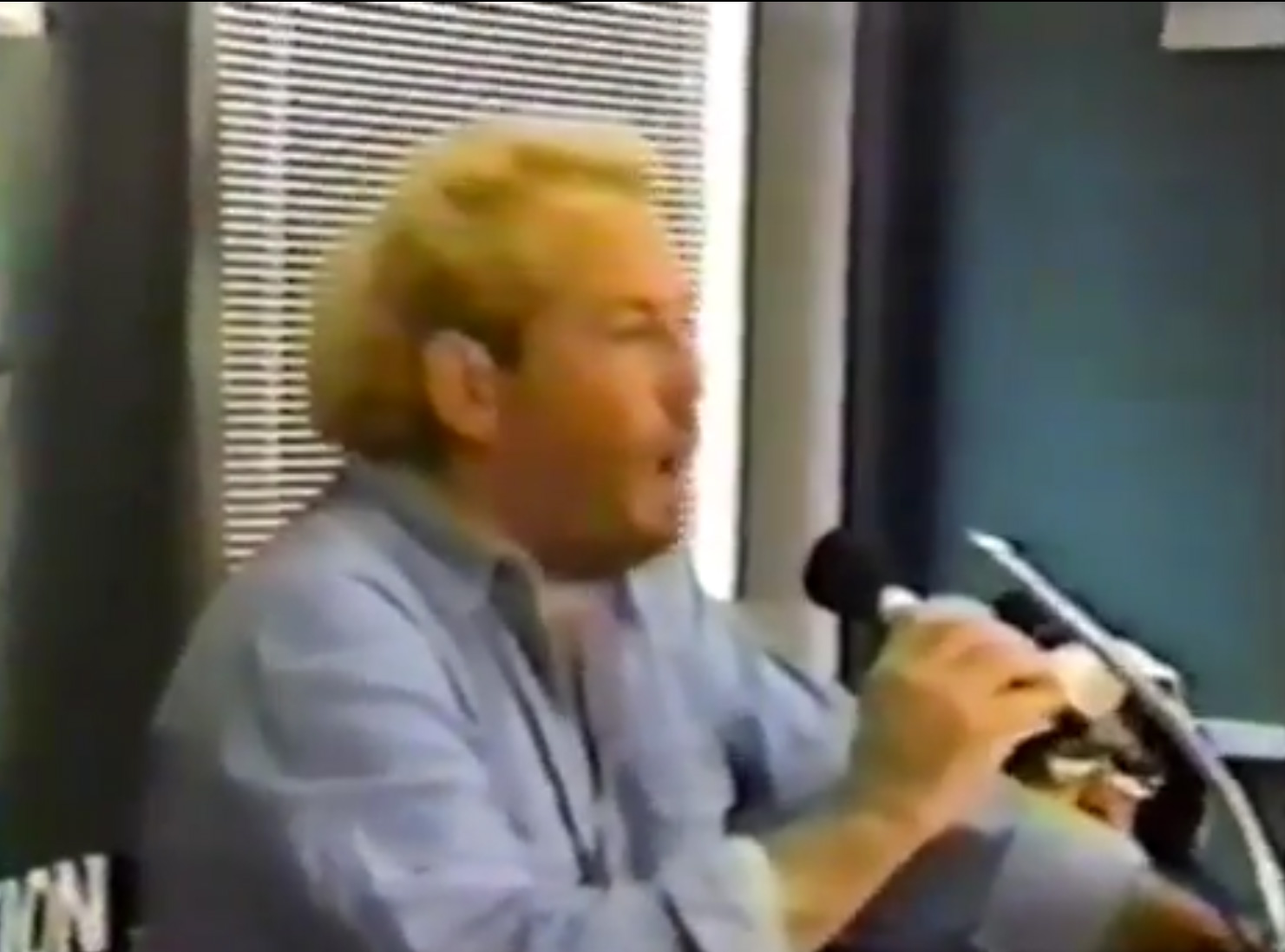 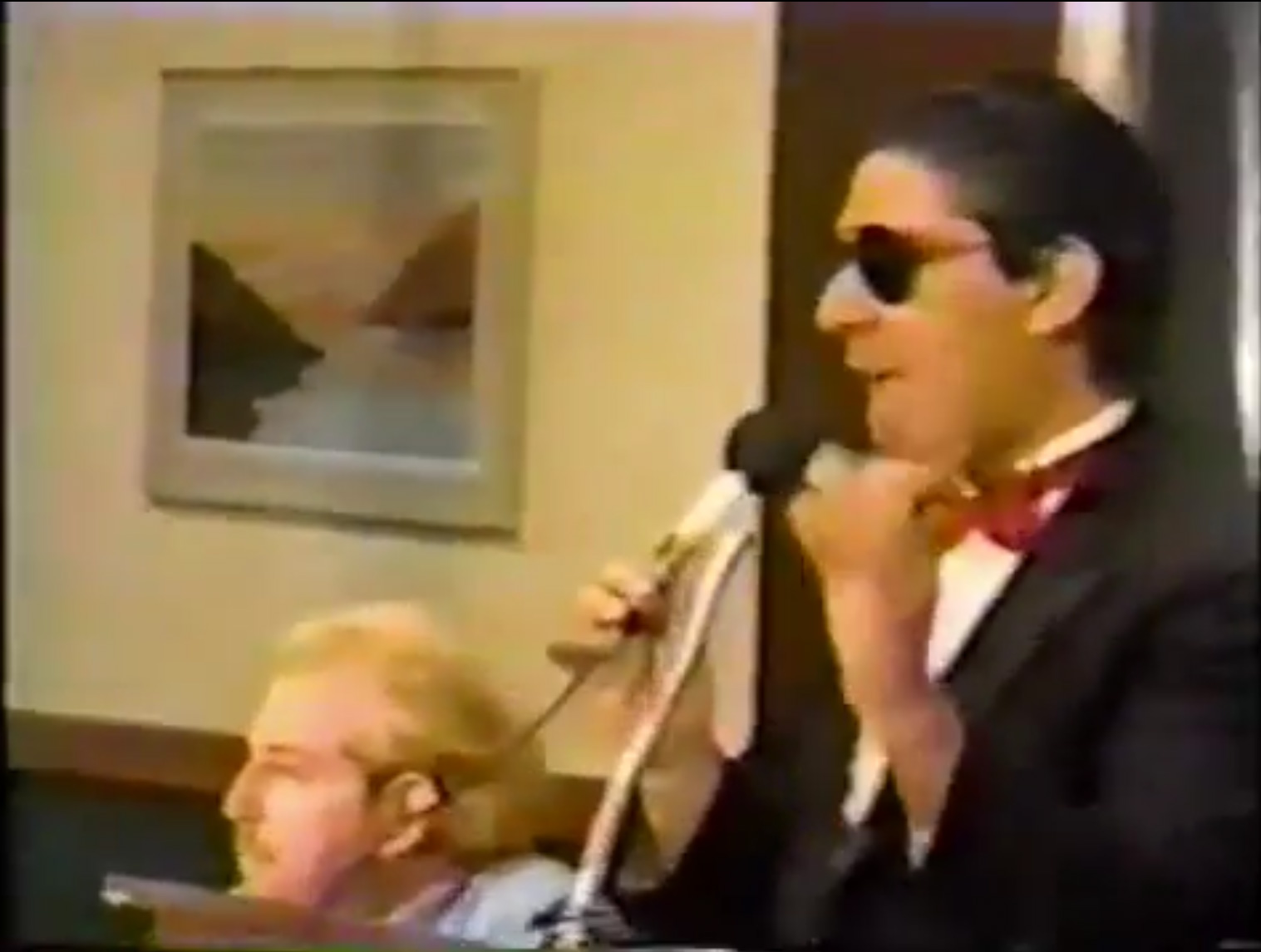 In our next segment, Wild Thing shills Diet Pepsi at the North Dakota State Fair and shouts to the Minot faithful to attend the UWF show. “Who’s gonna go to the wrestling show?” 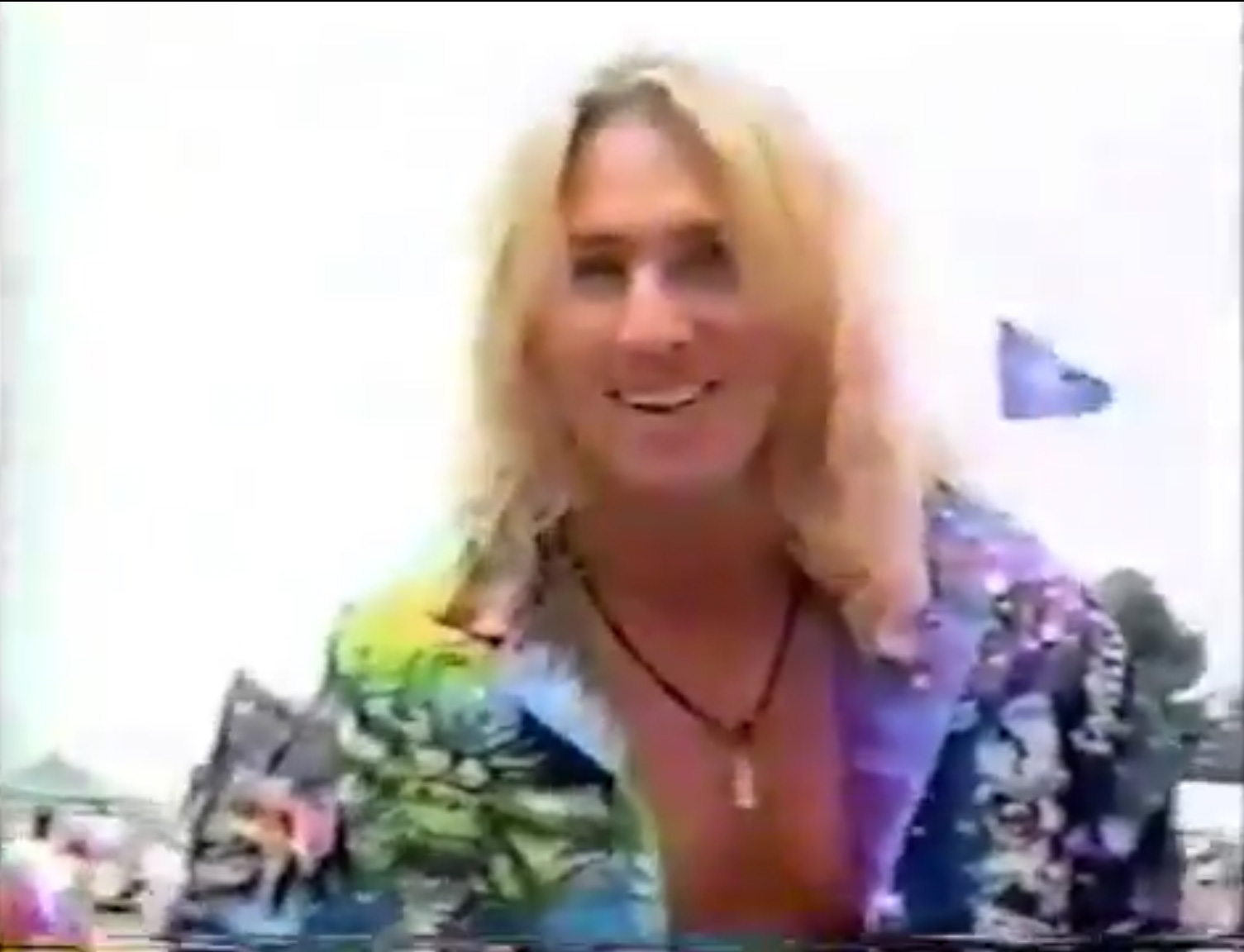 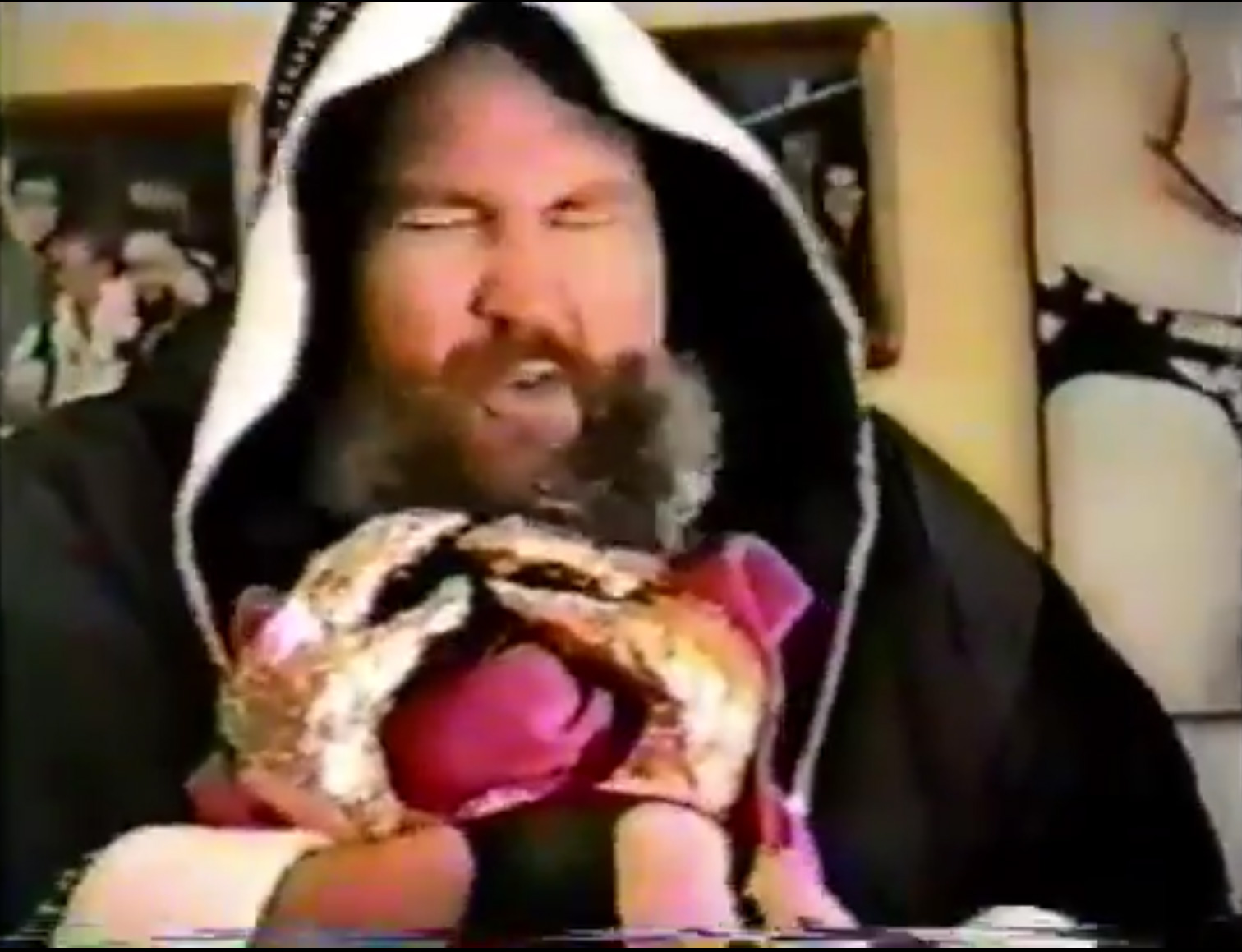 Todd Becker learns how to cut a promo.

Next, Wild Thing tries his best despite the poor video quality by cutting a promo on “Dr. Death” Steve Williams. 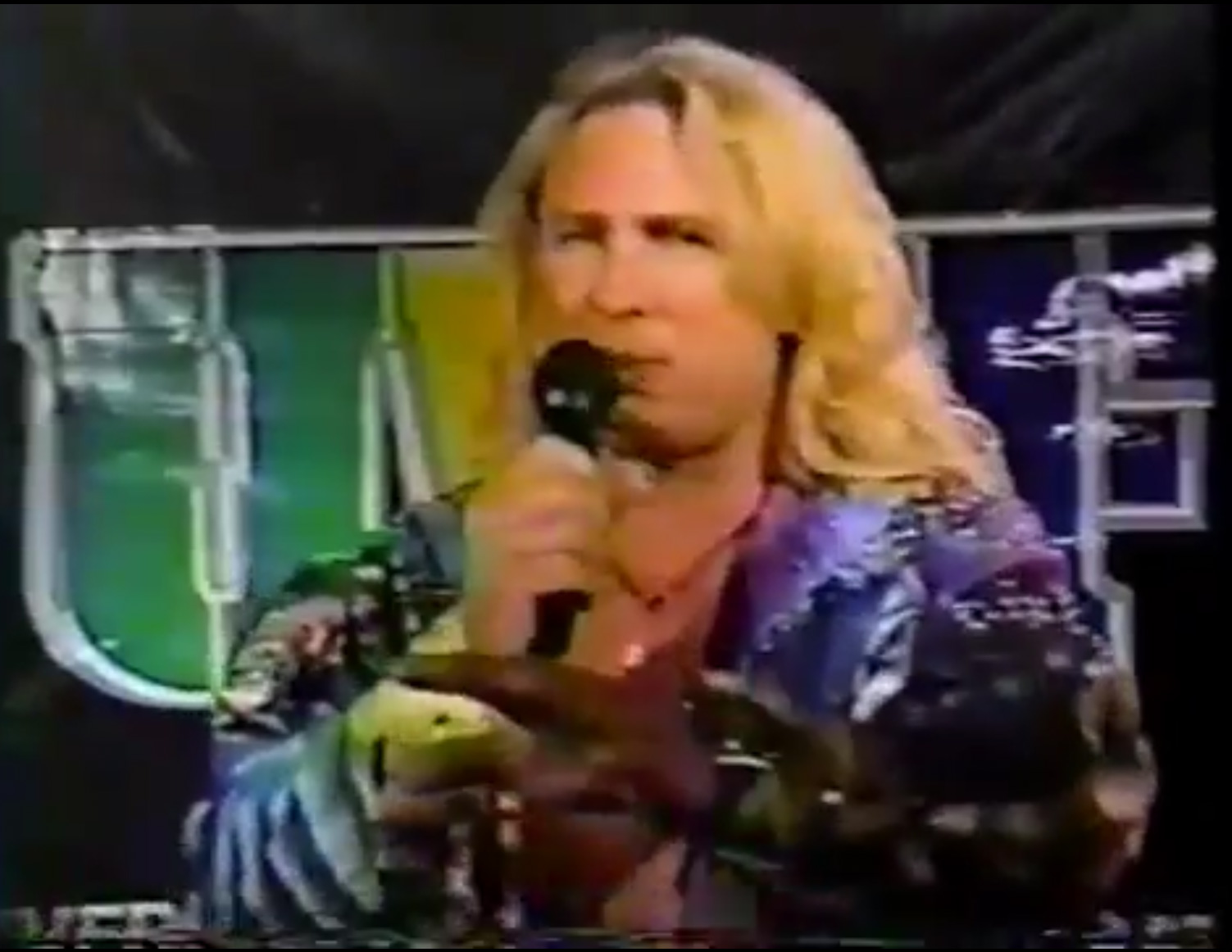 Abrams interviews Brunzell who details the history of the Killer Bees. 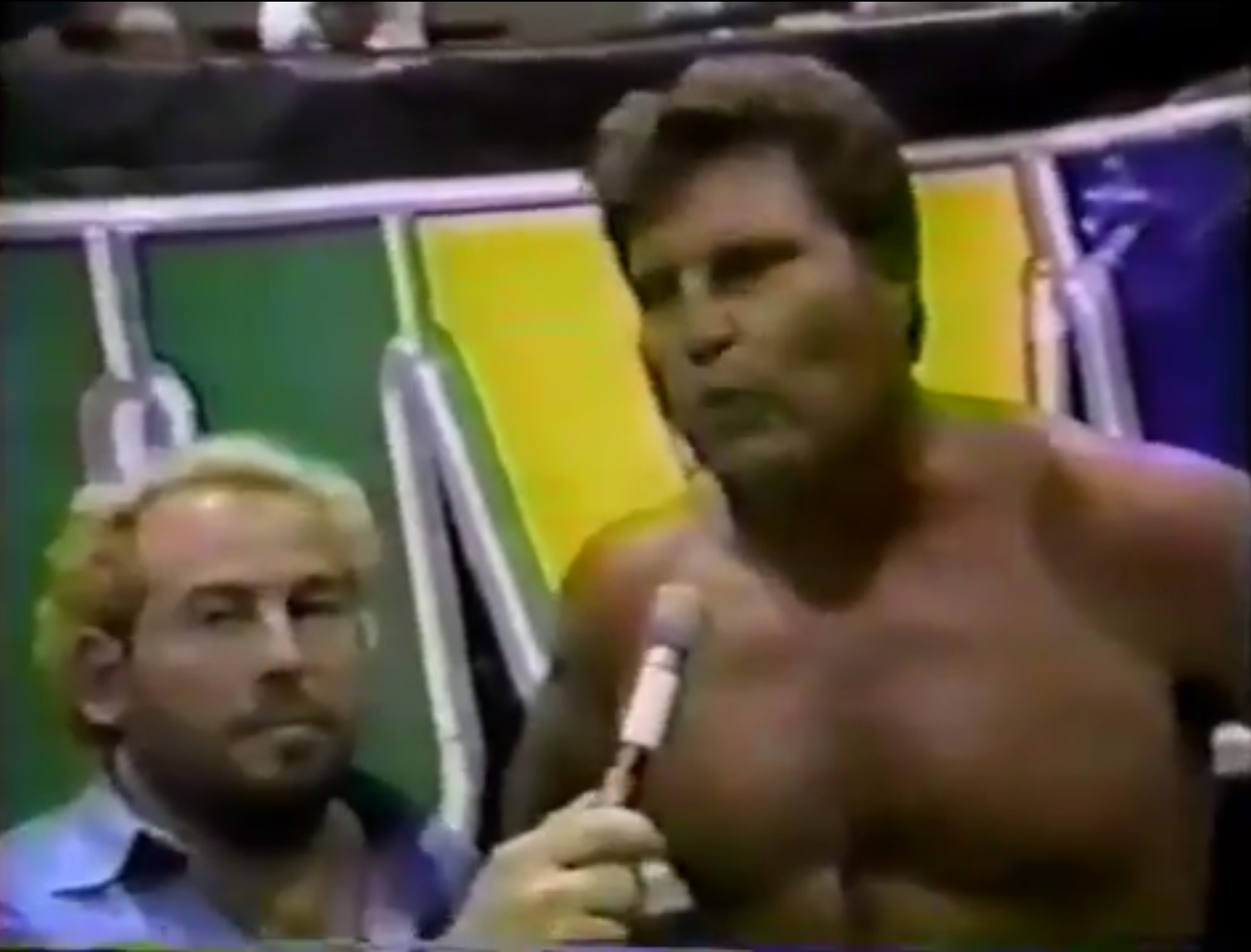 Afterward, Abrams interviews Orton who cuts a passionate promo on the Warlord. 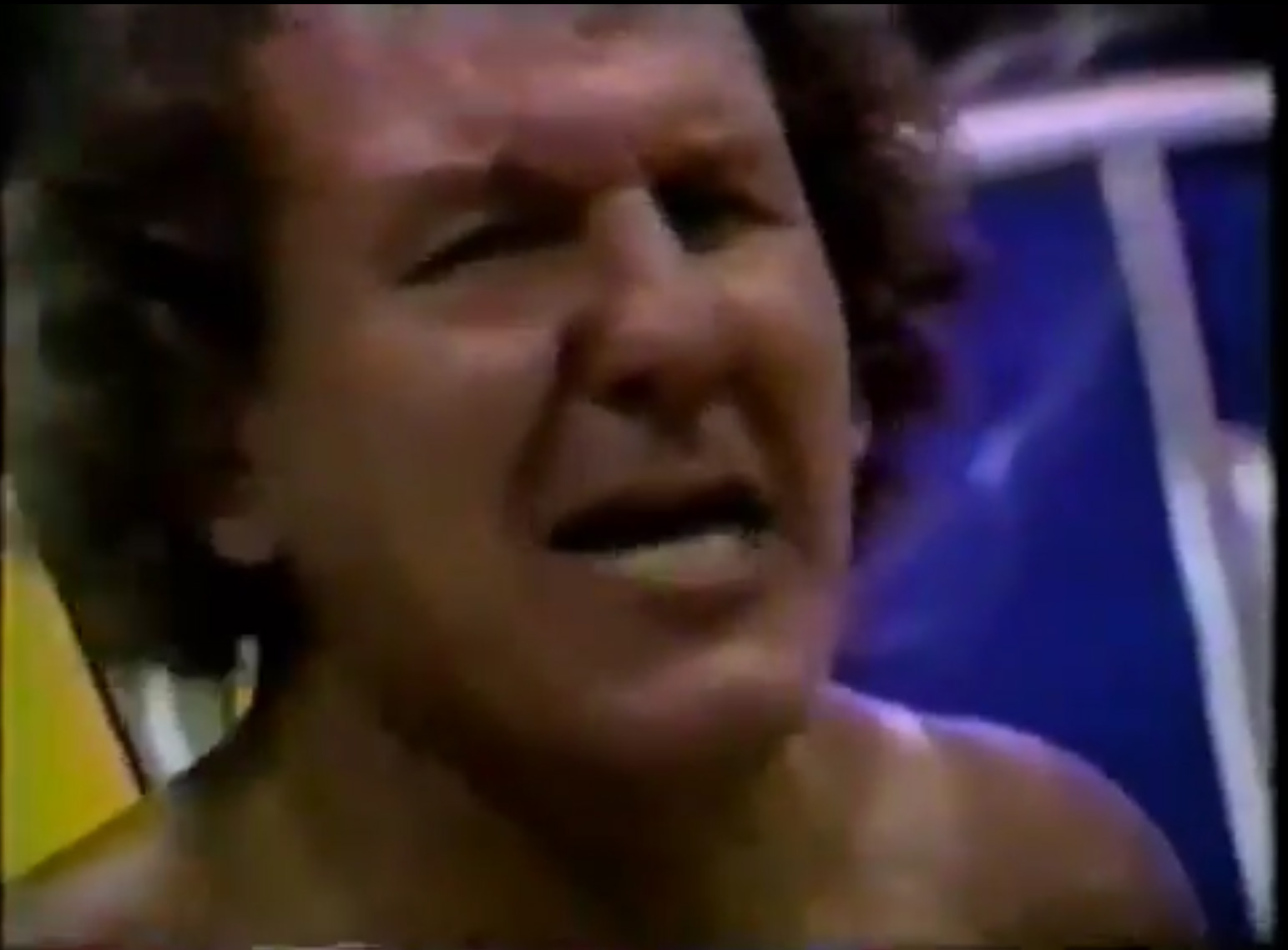 Match 2: The Blackhearts versus Mass Confusion the Killer Bees 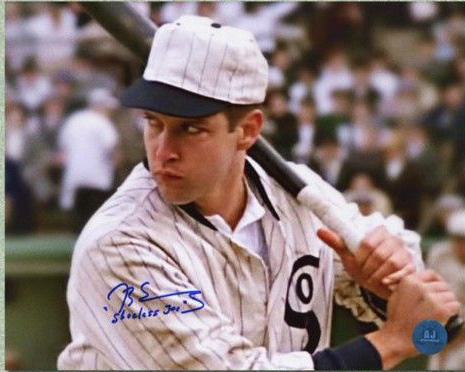 Summary: Honestly, no matter who donned the masks for the Blackhearts, they were elevated by wrestling the Bees. If they only had Joan Jett in their corner, the Blackhearts could have a new reputation.

After the match, a somewhat insane Abrams (Moondogs?) interviews the Bees. Blair wants the Steiners while Brunzell believes the Bees have overcome “the political thing in New York.” Methinks he means the wrestler union concept. 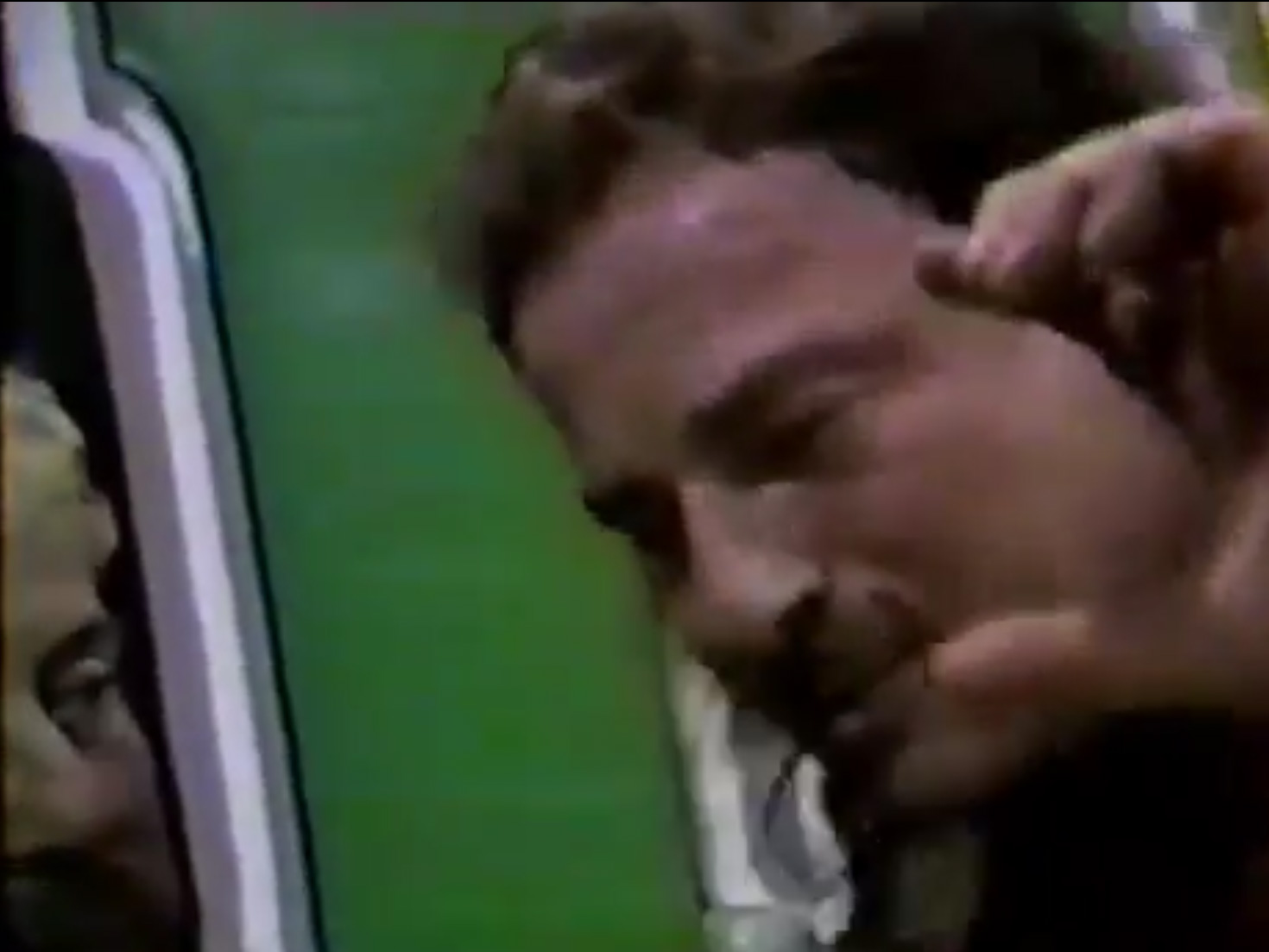 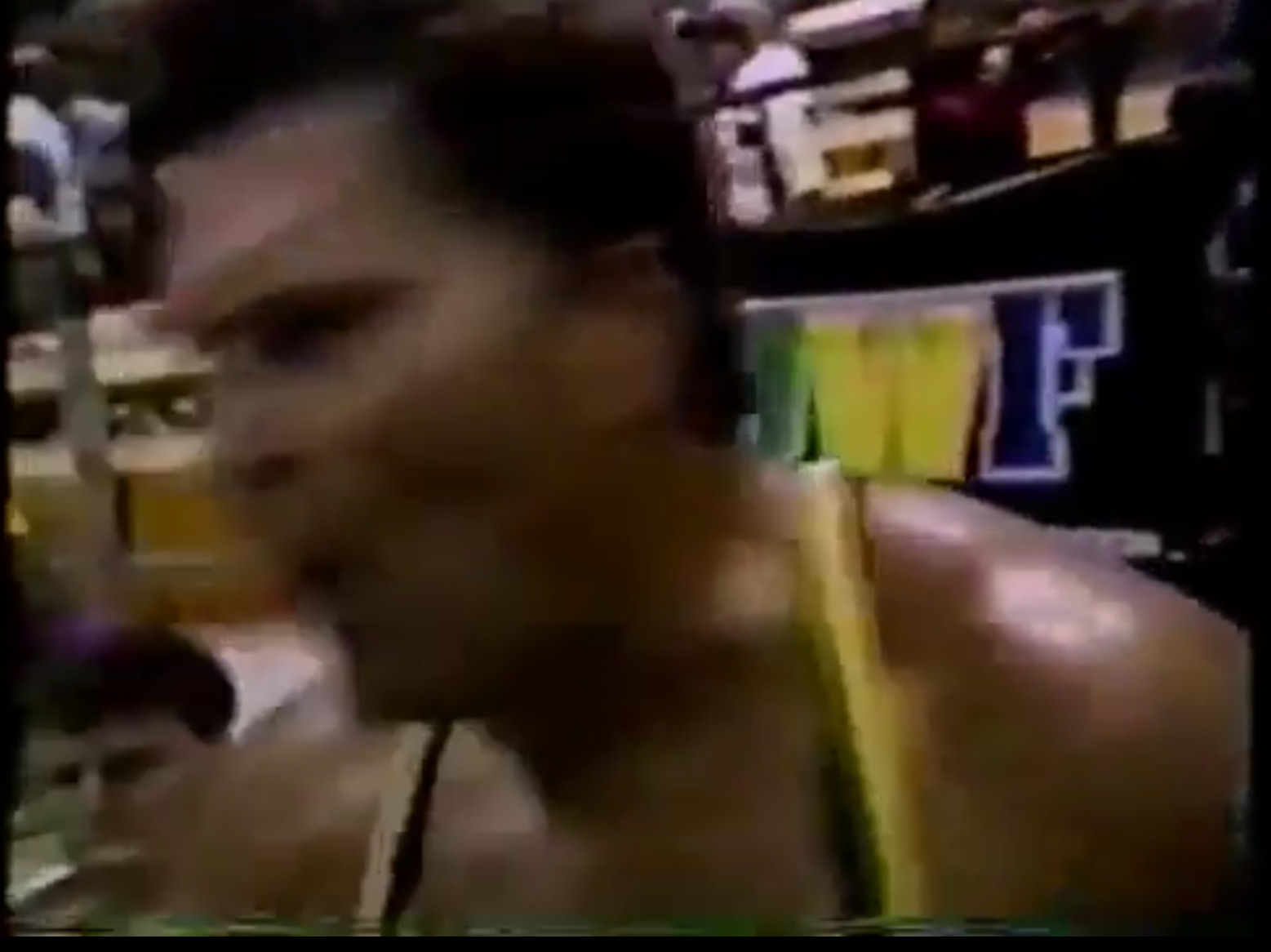 Following that segment, Orton cuts a promo by praising his feud with Paul Orndorff. Also, he runs down the Warlord for their upcoming match. On the second take, he runs down Rift. 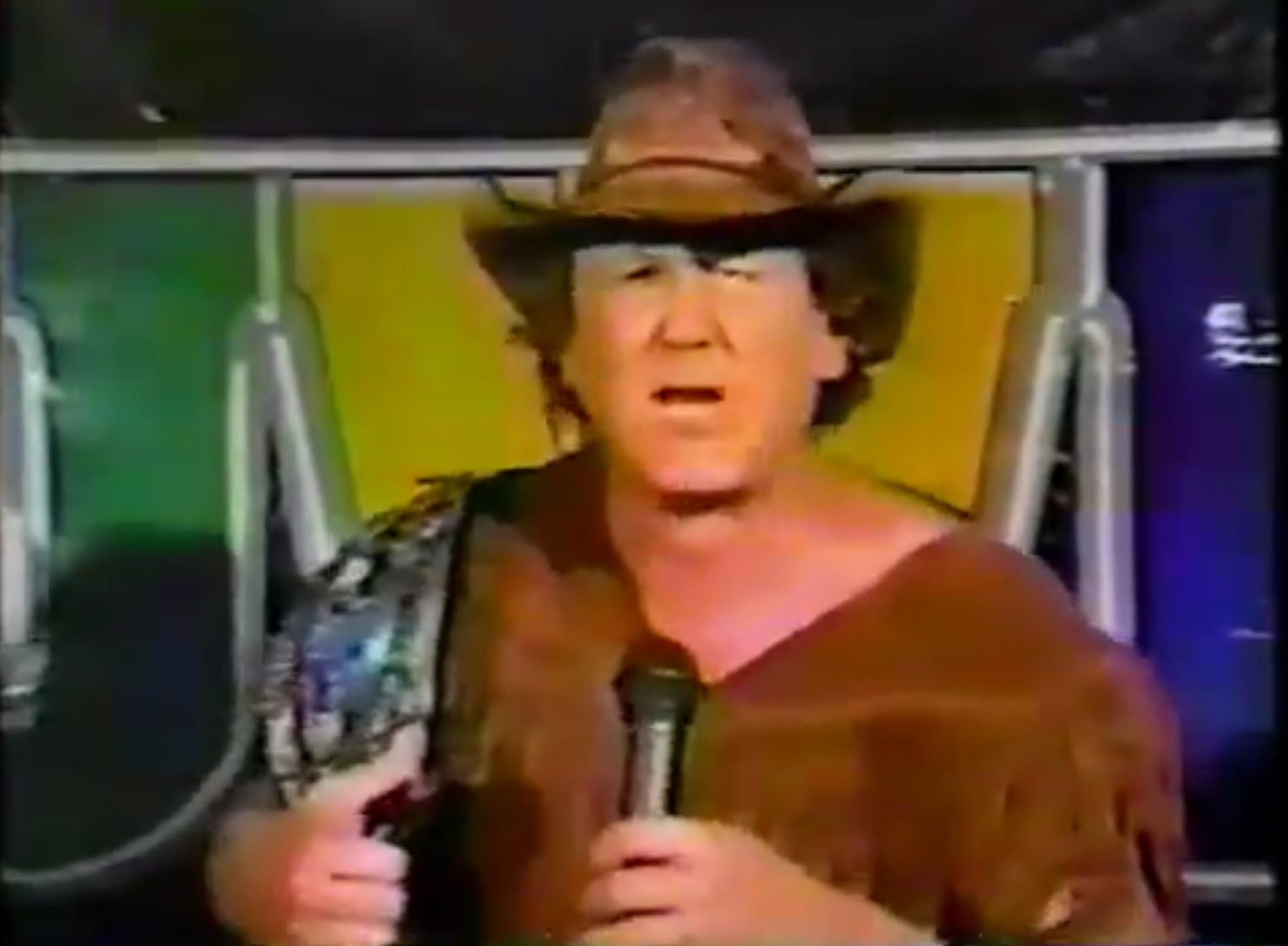 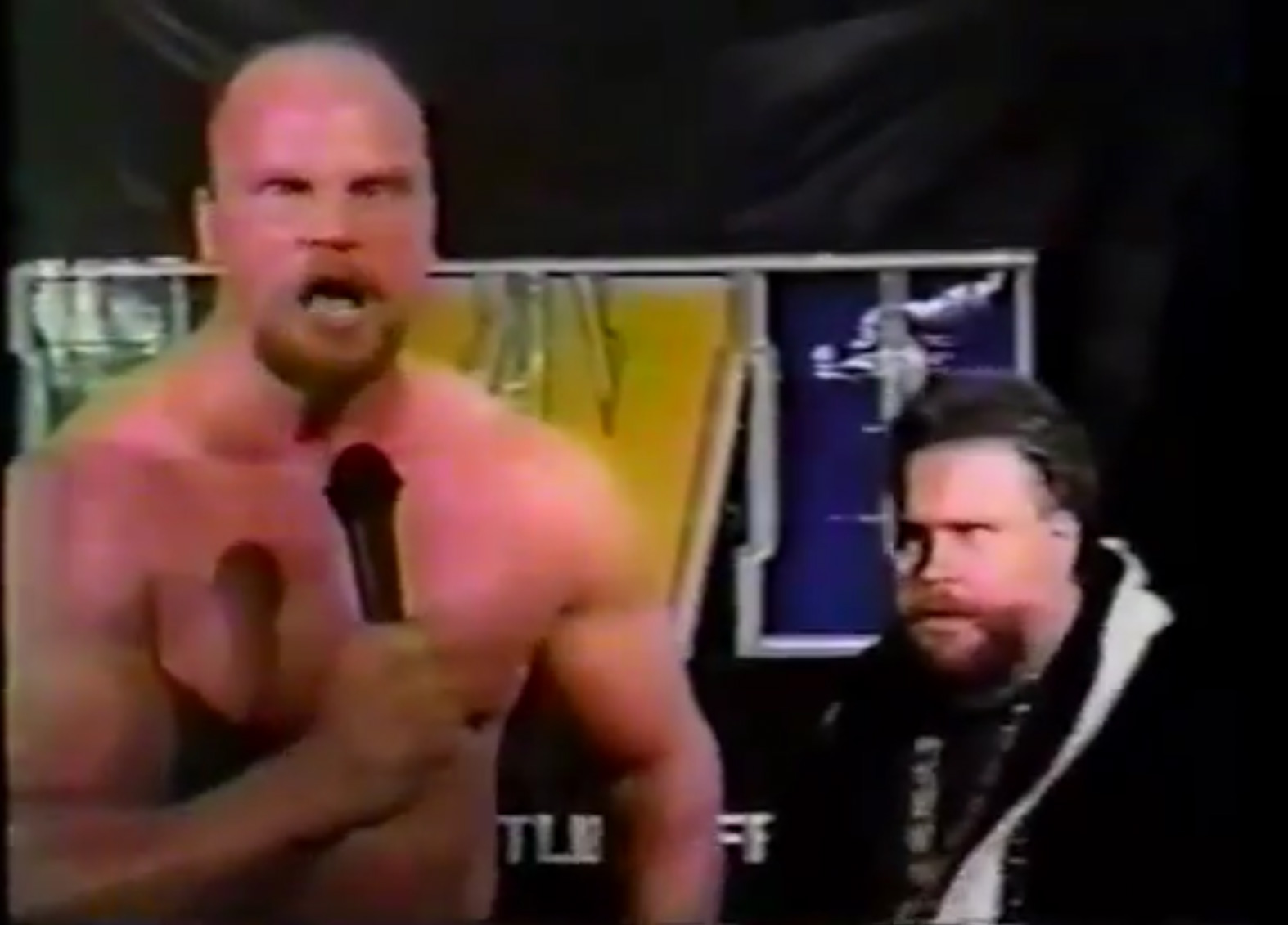 Afterward, Wild Thing rides an anti-gravity ride that would make most people lose their lunch. 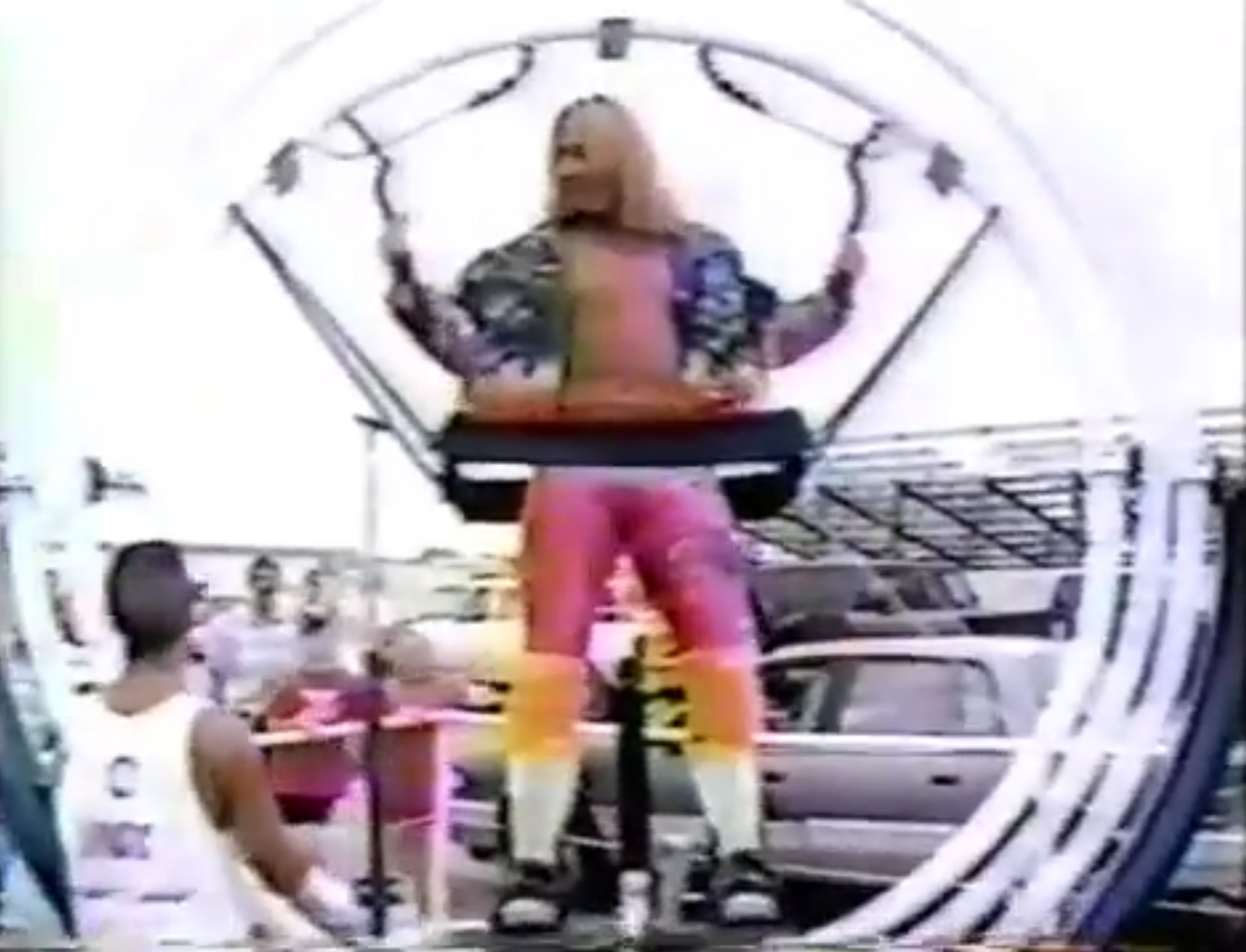 Orton cuts another promo on the Warlord. On the second take, he gives his own PSA to kids. Are you listening, Randy?

Summary: With the Minot faithful behind him, Wild Thing eeked out a victory with the dreaded distraction finish.

Rift and Warlord cut another promo on Orton and Williams. Apparently, Abrams had sold these guys on an event at the Nassau Coliseum on 11/20. 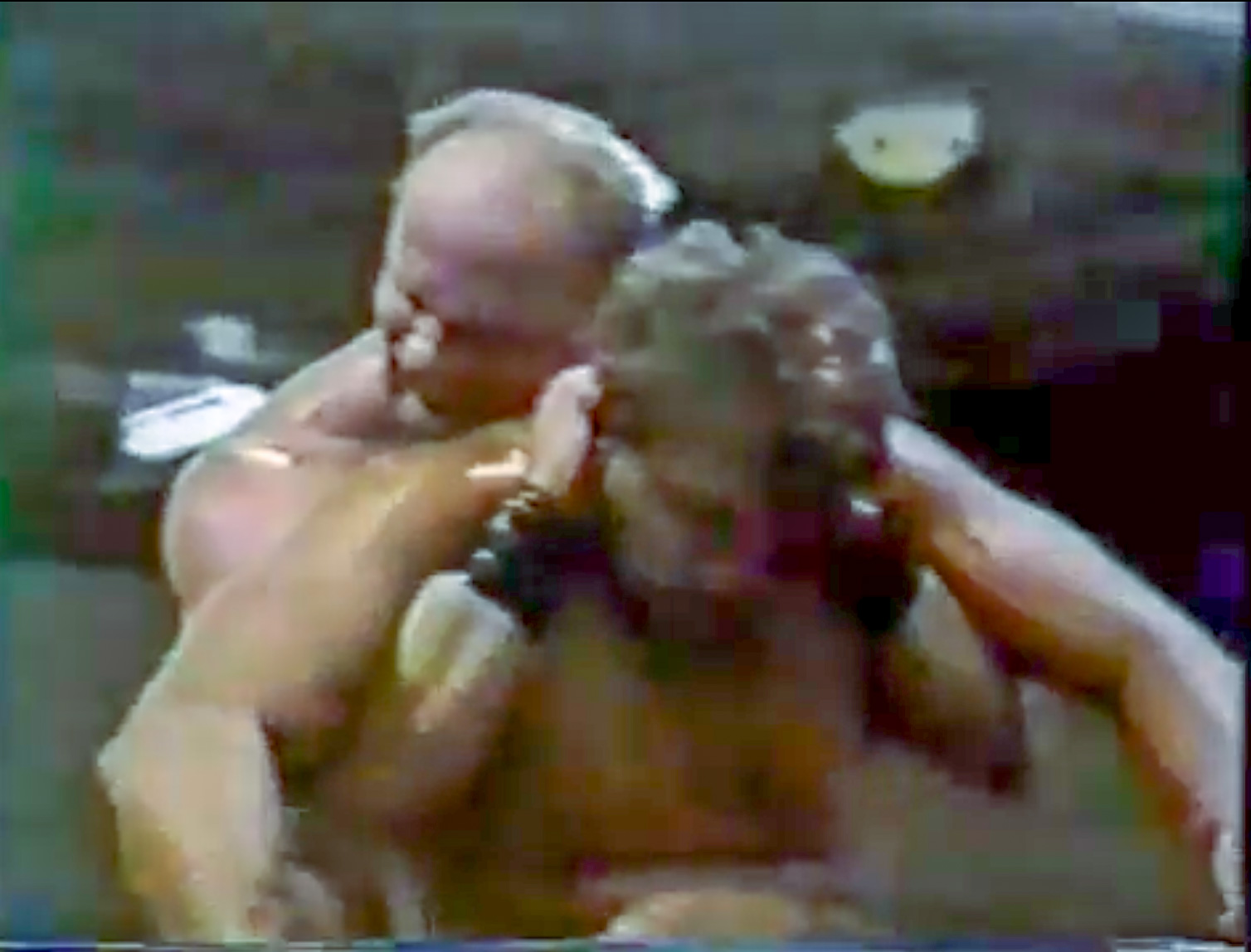 Summary: Orton tried his best, but you can’t polish a turd like Warlord. C’mon, Szopinski! You laid down for Virgil in your last WWF match. You could lay down for Orton. The blade job by Orton rescues this match from negative stars.

After the match, the heels are in disbelief, and a bloodied Orton remains OUT COLD on the mat. Rift complains like someone stole his lunch. Warlord bitches about the decision but promises to defeat Orton on another occasion. 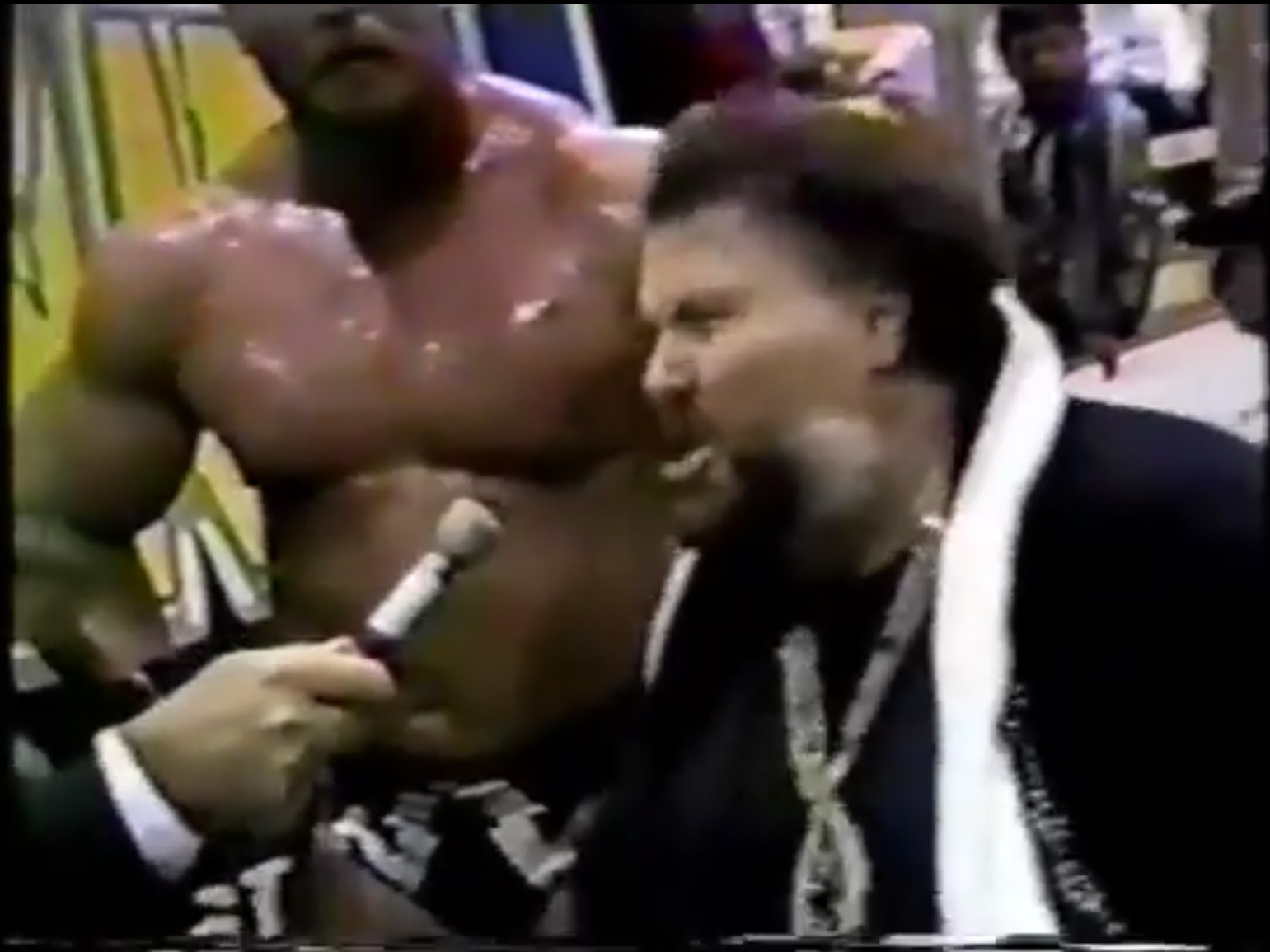 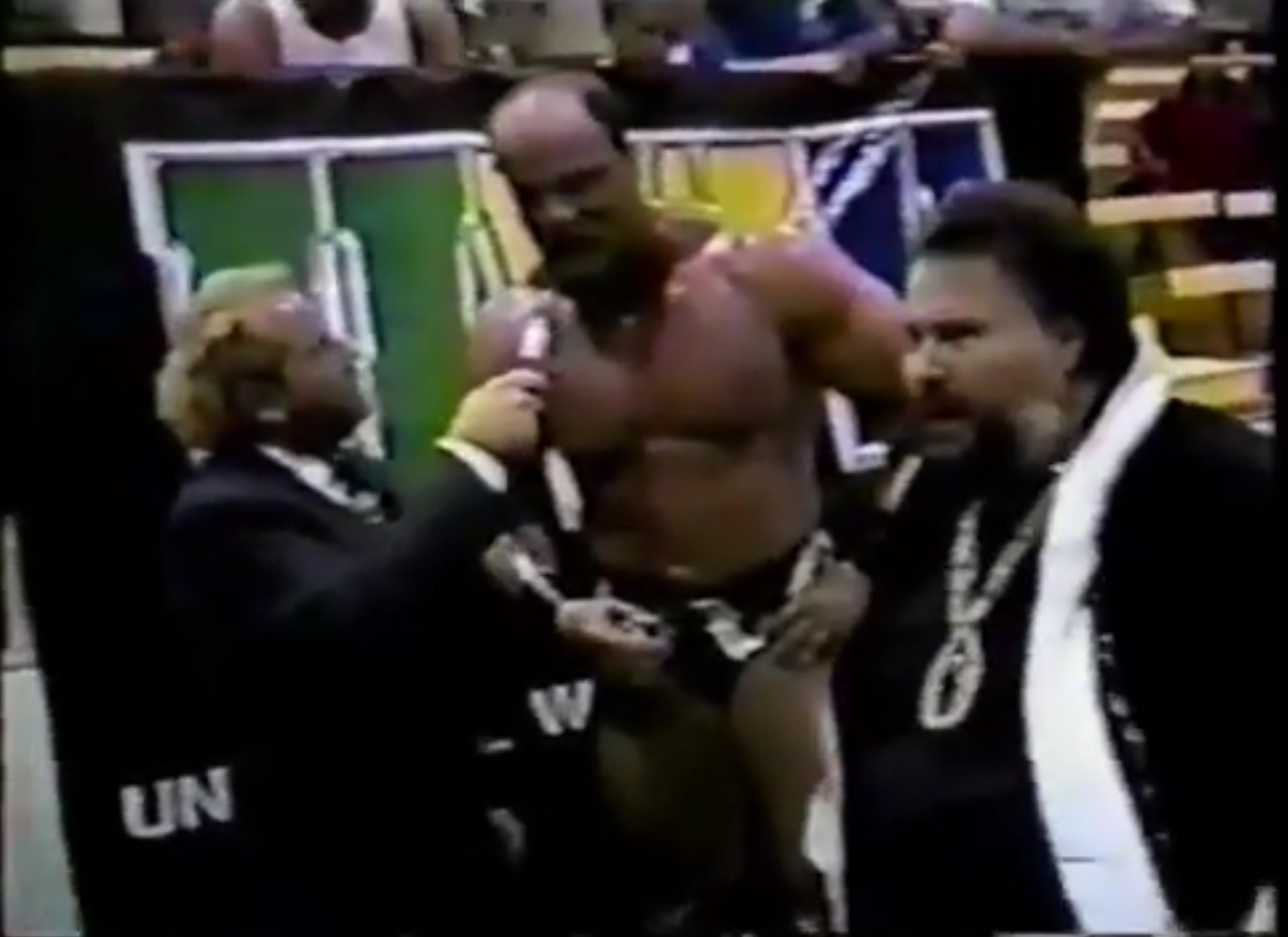 Conclusion: You can’t fault this video for not being unique. Wild Thing’s personality certainly stands out. Despite not shaving his head, Warlord still looks huge. Rift tried his best despite looking like the head of the trolls. Although he was featured in two matches, I don’t see the appeal of Outrageous. Unless you’re a UWF completist, avoid this disaster.

In other matches not included on the video: 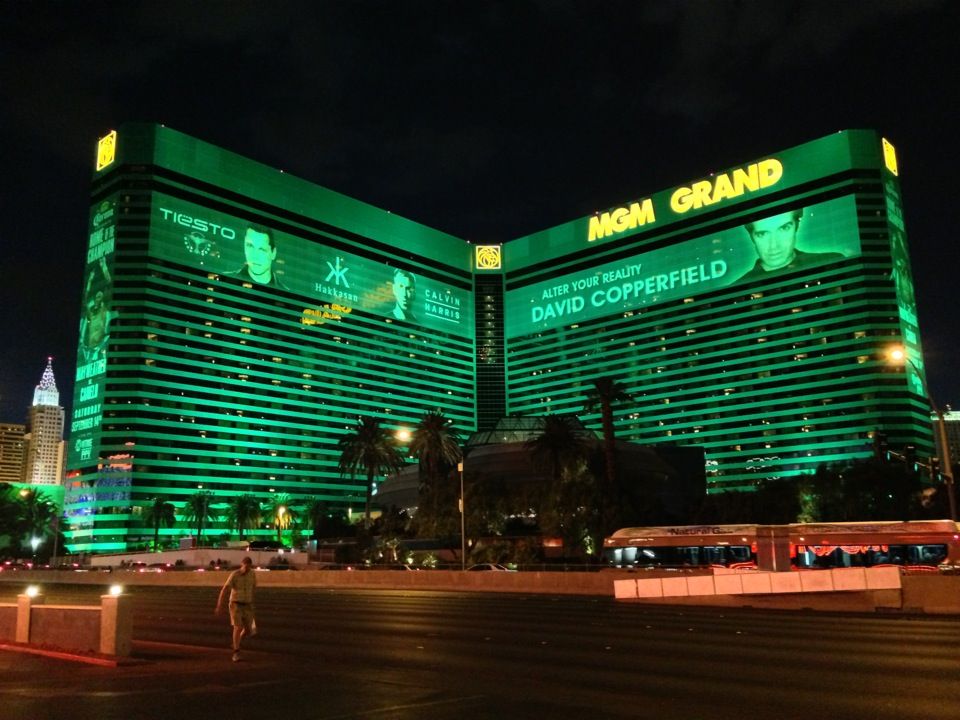