How will Bigelow do in his UWF debut against the wily veteran Orton? See Williams, Afa, and the Power Twins as they showcase their talents for Abrams. Dare to enter the lost episode!

Why is it lost? What happened to it? Technically, I’m not sure. According to Jonathan Plombon, it was missing from the archives. This episode occurred on April 1, 1991—the same day that Duke beat Kansas for the NCAA national championship. We all hate Christian Laettner for it.

Thankfully, no, because Abrams’ cocaine use hadn’t gotten THAT bad as of this taping. 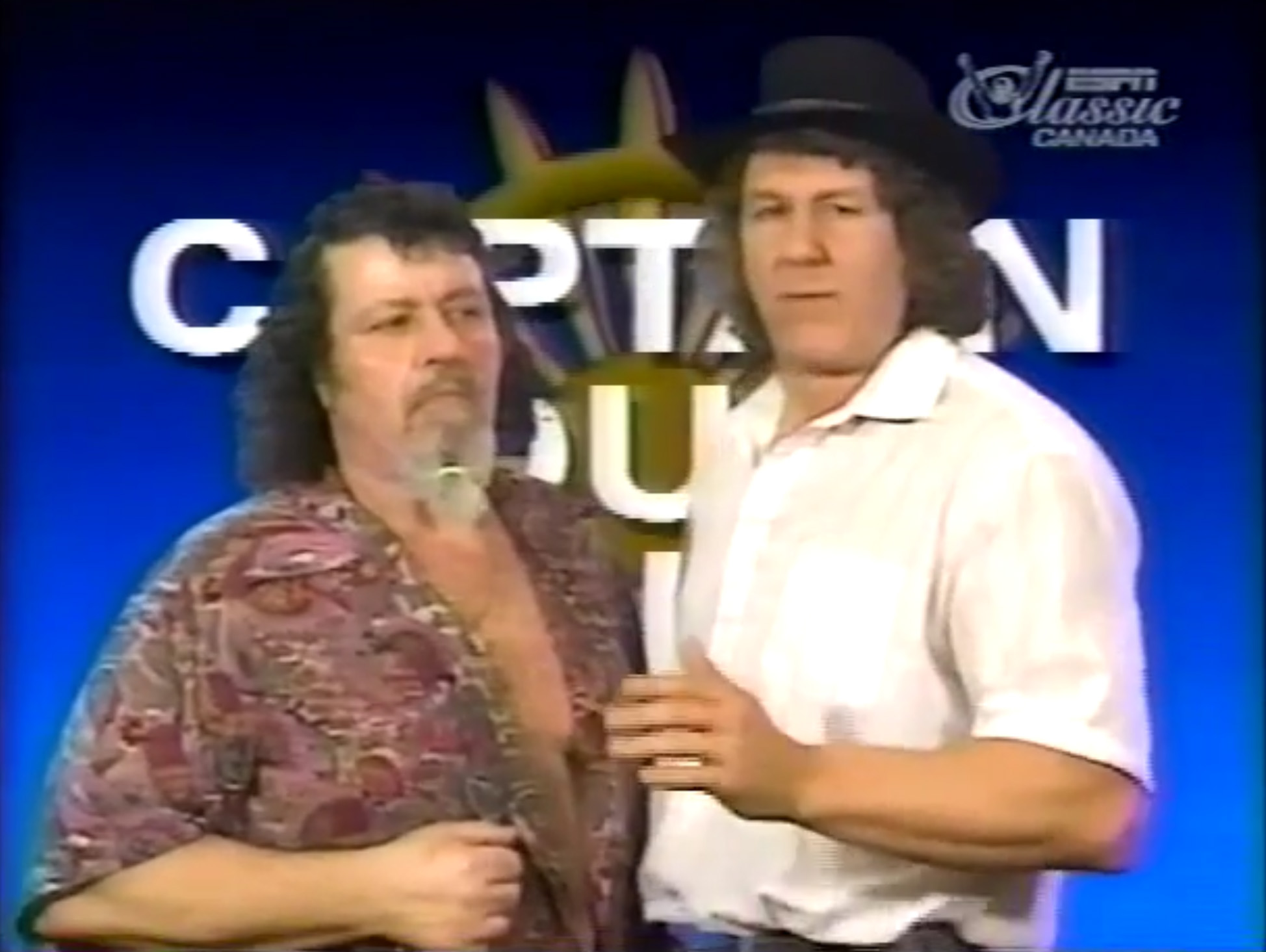 The Power Twins cut a promo. 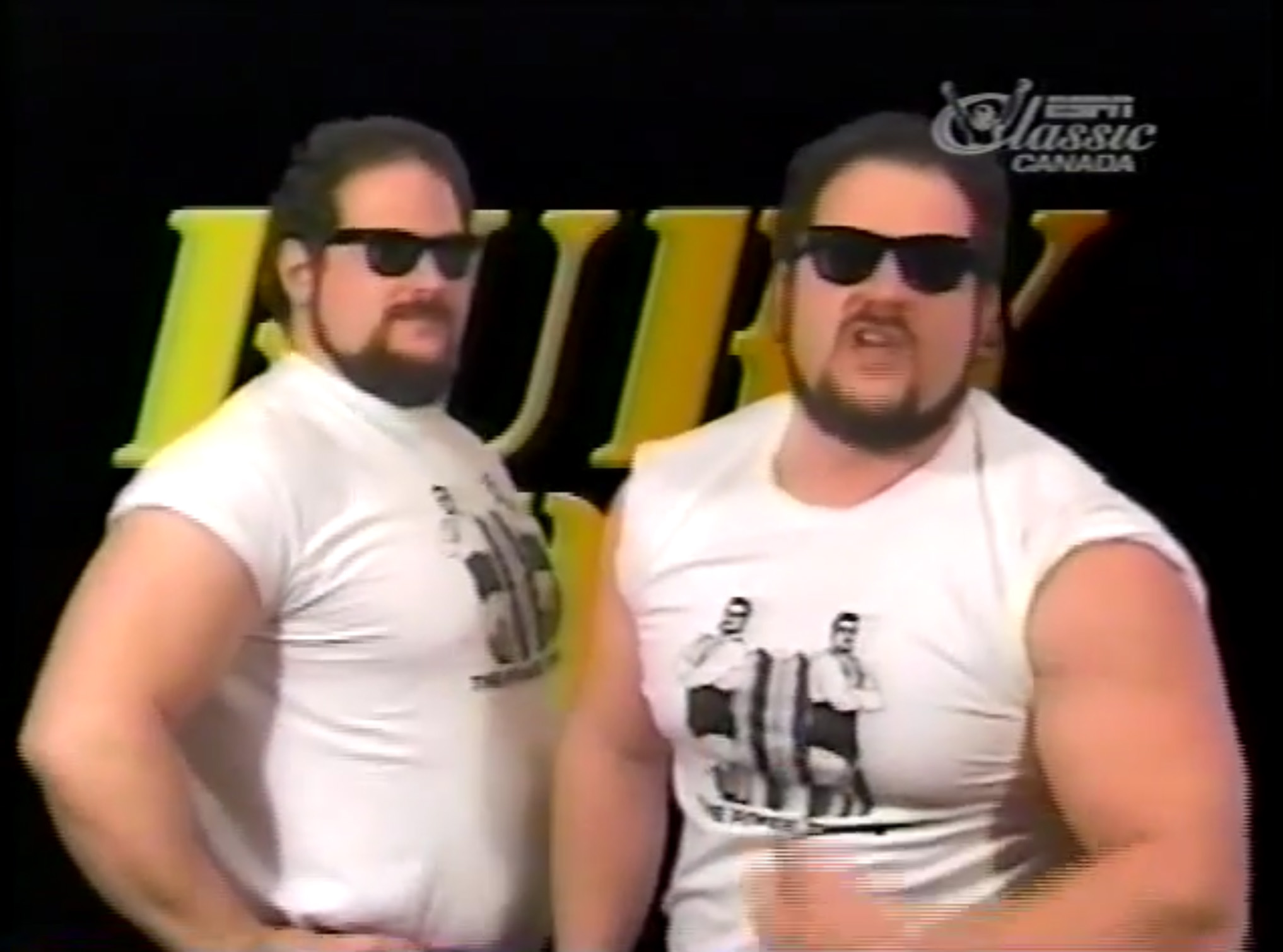 Summary: Showcase match for the Power Twins whose teamwork is uncanny, but they look like they sell hot dogs at Shea Stadium.

ASK THE WRESTLERS: An open letter to the UWF: 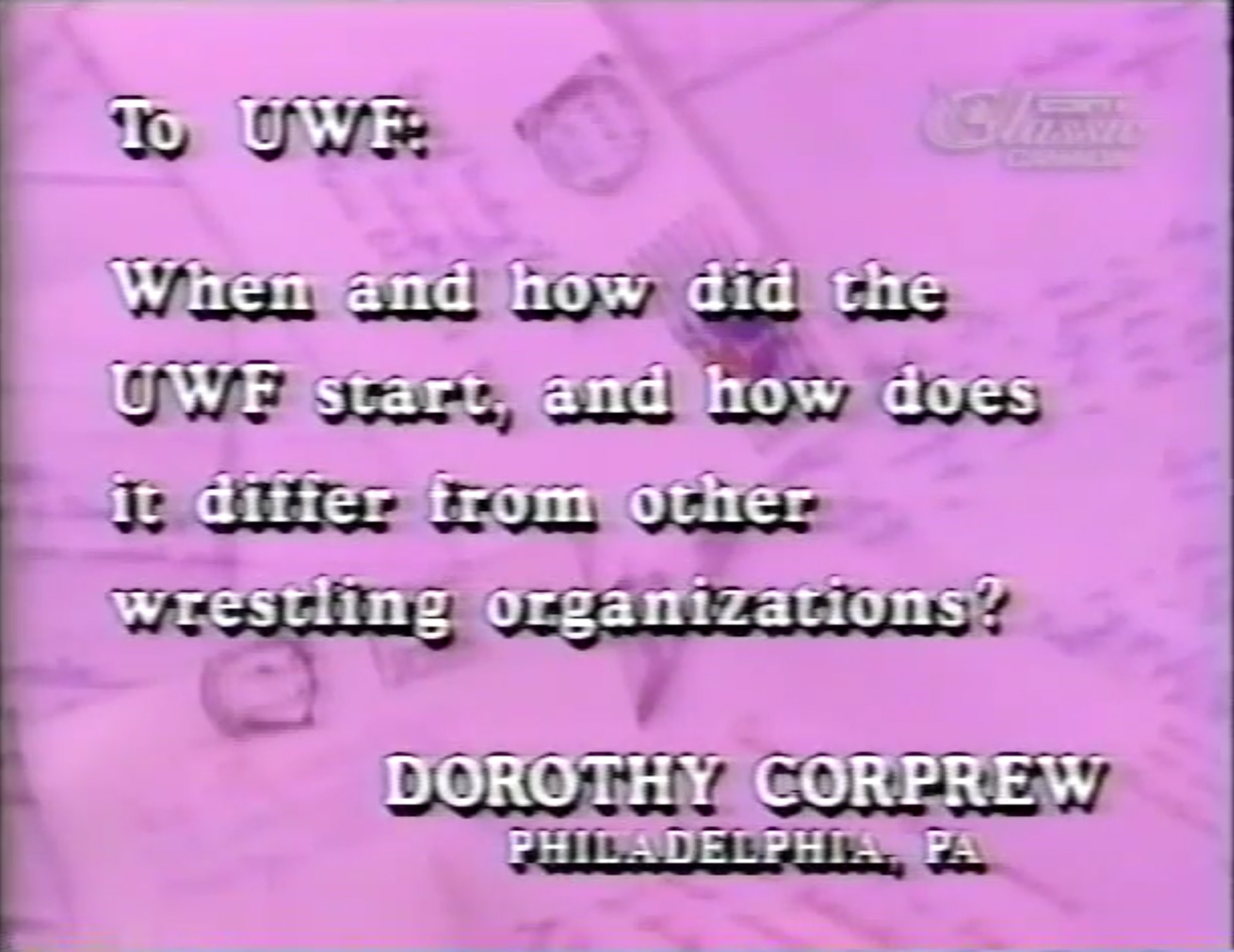 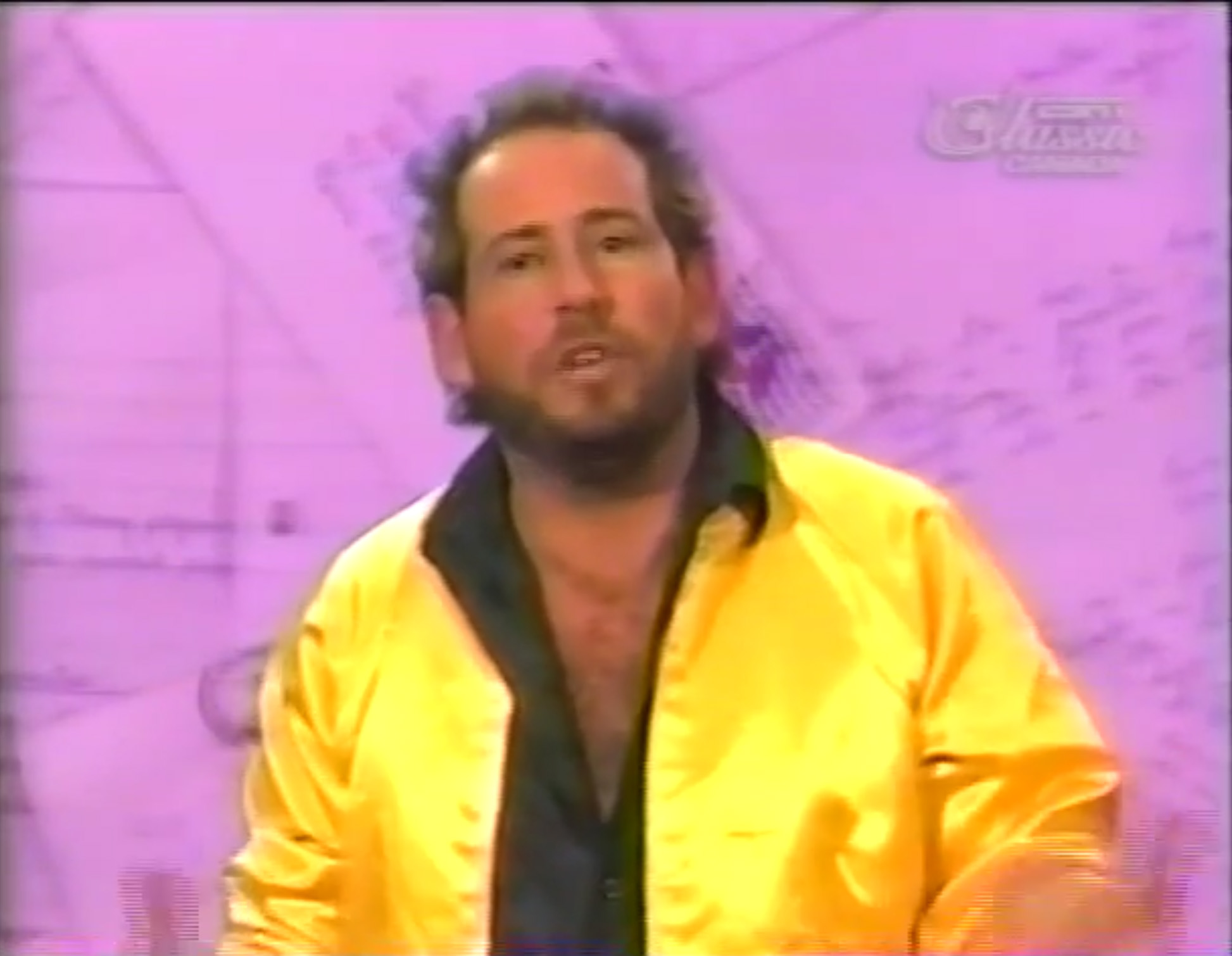 Summary: With the high amount of stalling, it was obvious that the wrestlers were building to this unfavorable finish. Since Orton was a tag wrestler, a victory by Bigelow would have built him up greatly for the TV title tournament.

After the match, Orton nails Bigelow down near Battery Park but an Orton head butt hurts him more than Bigelow.

Conclusion: Typical UWF main event with a non-finish. Seeing Williams, Afa, and the Power Twins showcased makes his episode much better than the entire effort in Ft. Lauderdale. Watch this episode at your own risk.

Twice may be a bit much however.

Next week, we head to North Dakota!