It’s the premiere episode of UWF Fury! You won’t believe who will wrestle on tonight’s card. Can Blair topple Spivey in the main event? What else will happen? Let’s find out! 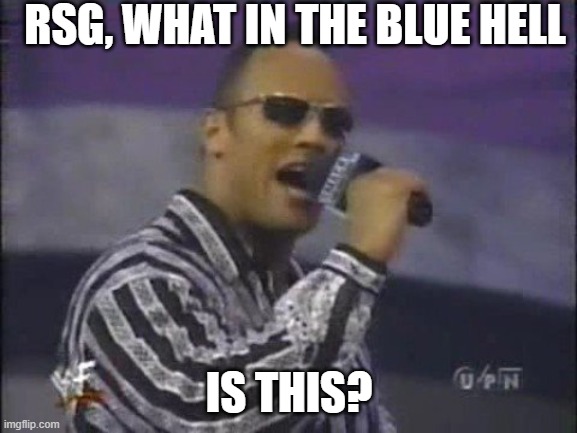 2000 Rock, go back into hiding. The Monday Night War will resume shortly, so grab a bottle of shut-up juice and relax at the Smackdown hotel. 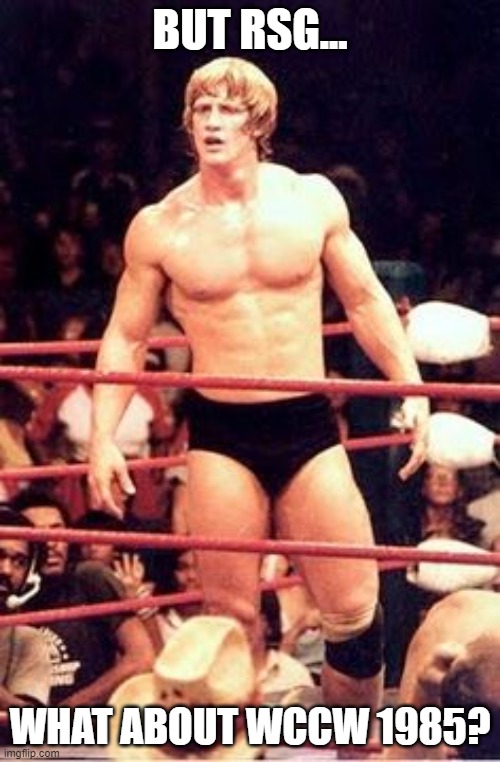 Kevin, the WCCW train is still rolling. While 1984 was a tumultuous year for WCCW, I’m ready to dive into 1985. Keep your shirt on.

After the match, Williams shoves some paper in Meltzer’s mouth to send a statement to the real David Meltzer.

Commercial for NordicTrack airs. Get yours today! 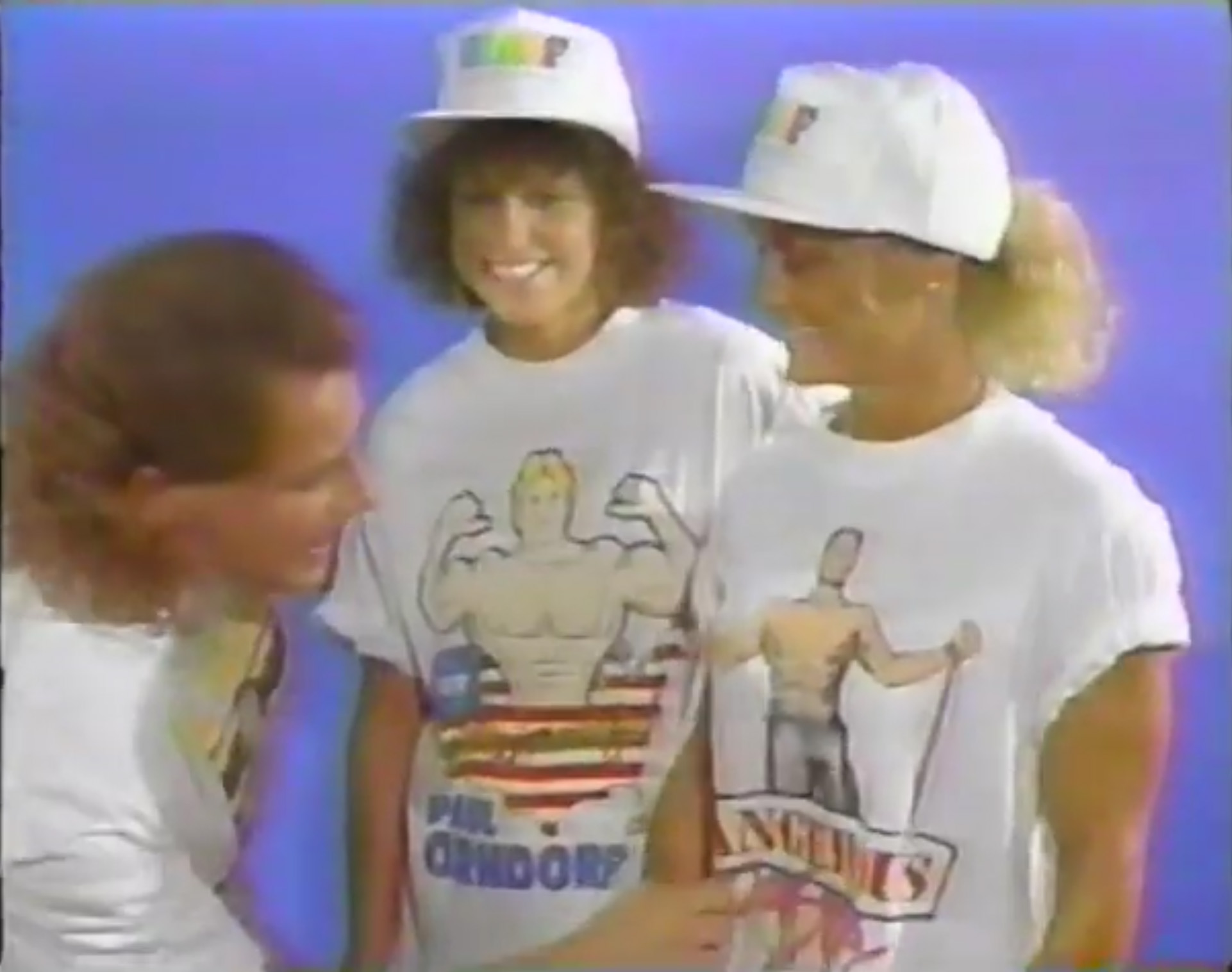 Summary: Cactus walked David through every sequence during the match and did a fine job. Since Bruno was working commentary, I’d bet David wouldn’t job. Since Cactus was an up-and-comer, he needed to be protected with the DQ finish. The Reseda faithful was not too interested despite the canned crowd noise.

Summary: Showcase match for Haynes. Since Haynes had credibility from the WWF, the Reseda faithful praised him mightily.

During a wrestling convention in New York City on 8/26, Abrams holds a press conference announcing the formation of the UWF as well as tonight’s main event. If that’s not enough, Spivey douses Blair’s face with a pitcher of water and rams him face-first into the table. He then sends Blair into the wall knocking down a SportsChannel poster. To top it off, he flips over a table thankfully missing Blair. 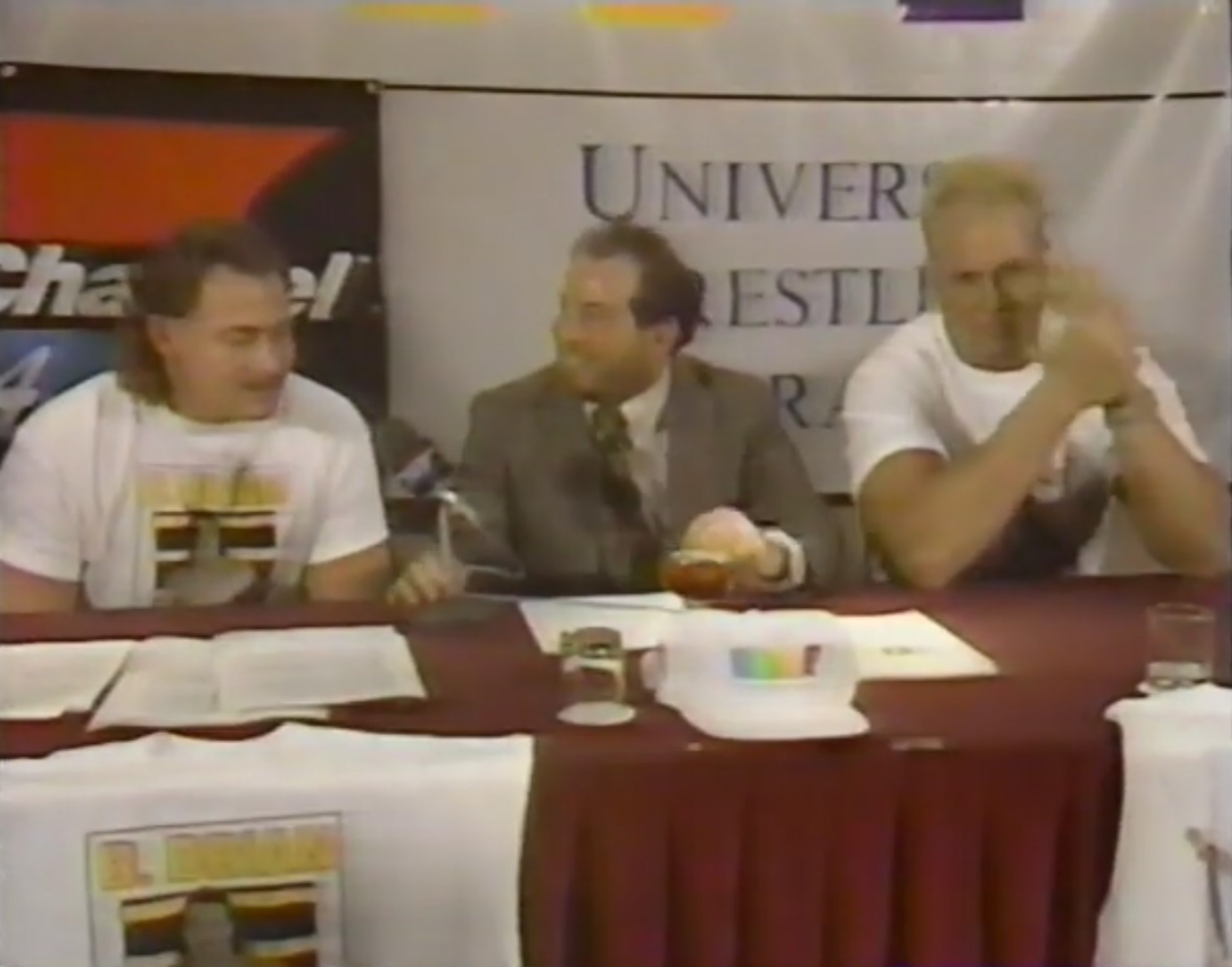 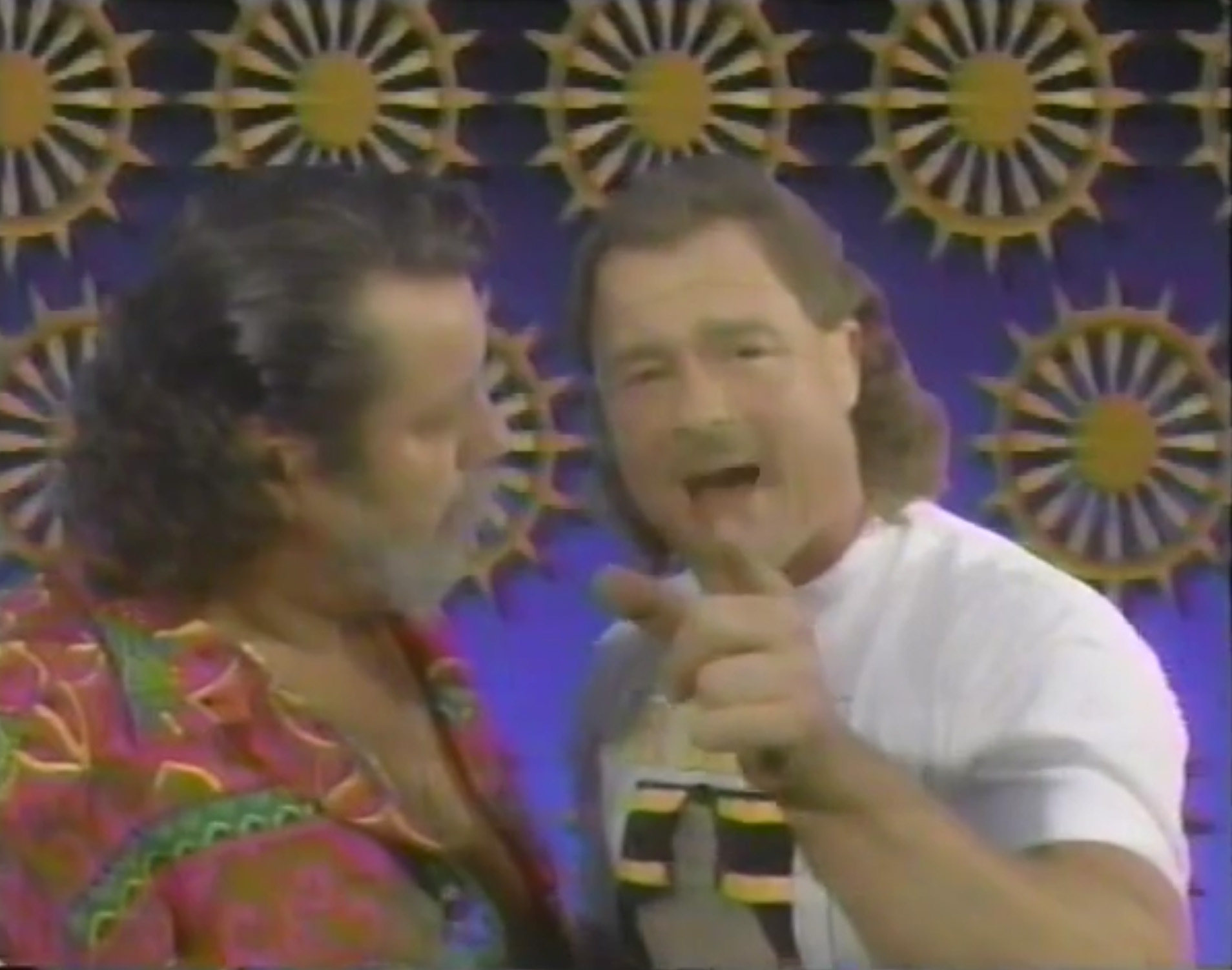 DeBeers cuts a promo saying the “one-eyed man is king.” 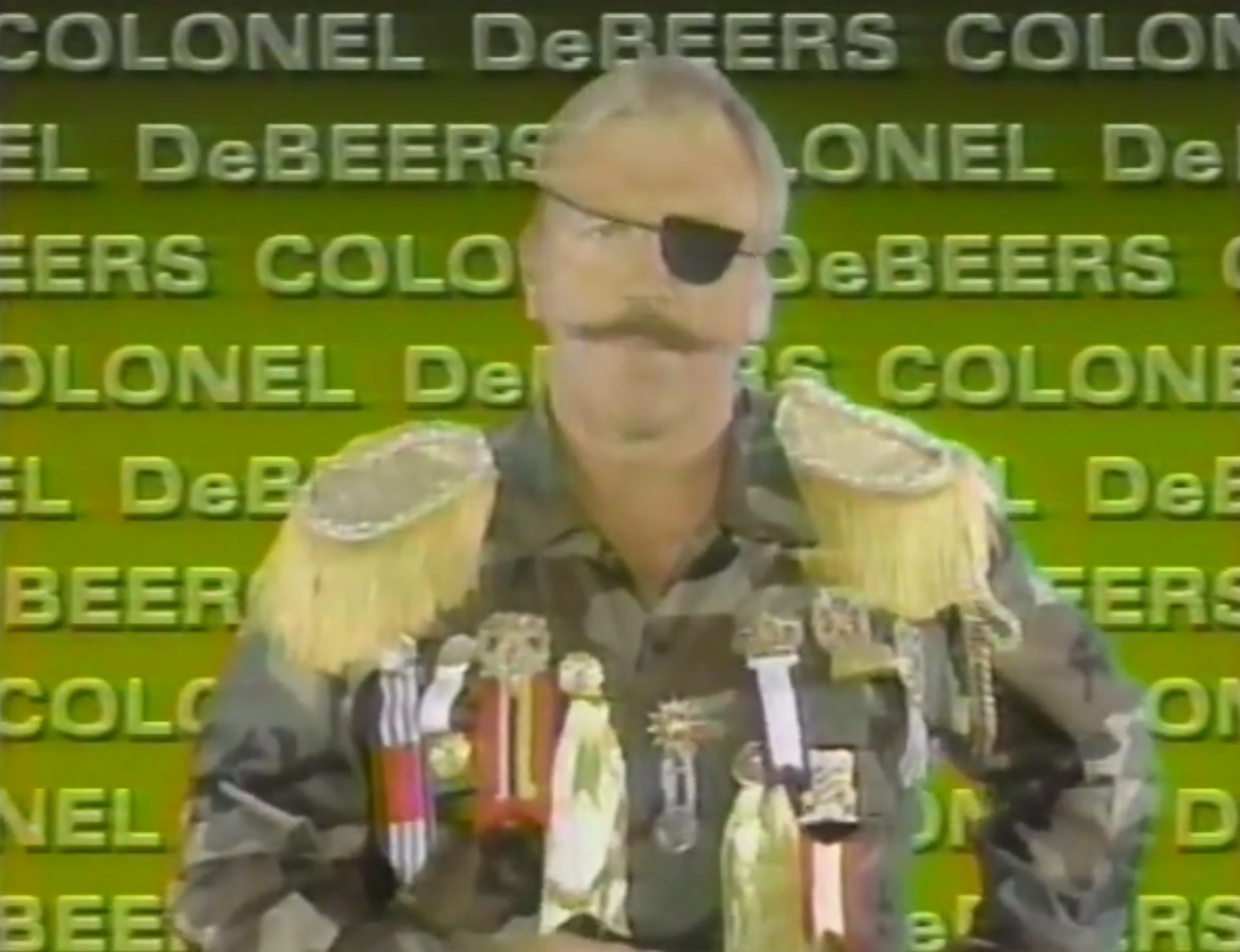 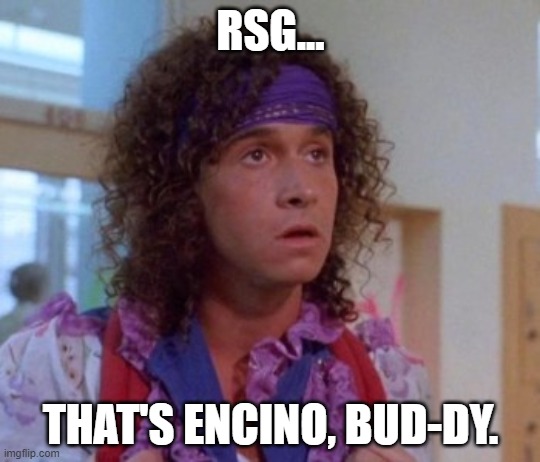 Summary: Showcase match for DeBeers. Say what you want about his politics, but he demolished the poor kid.

After the match, Williams confronts Orndorff. When the anonymous referee tries to intervene, Williams tosses him like a rag doll out of the ring. I smell a challenge. 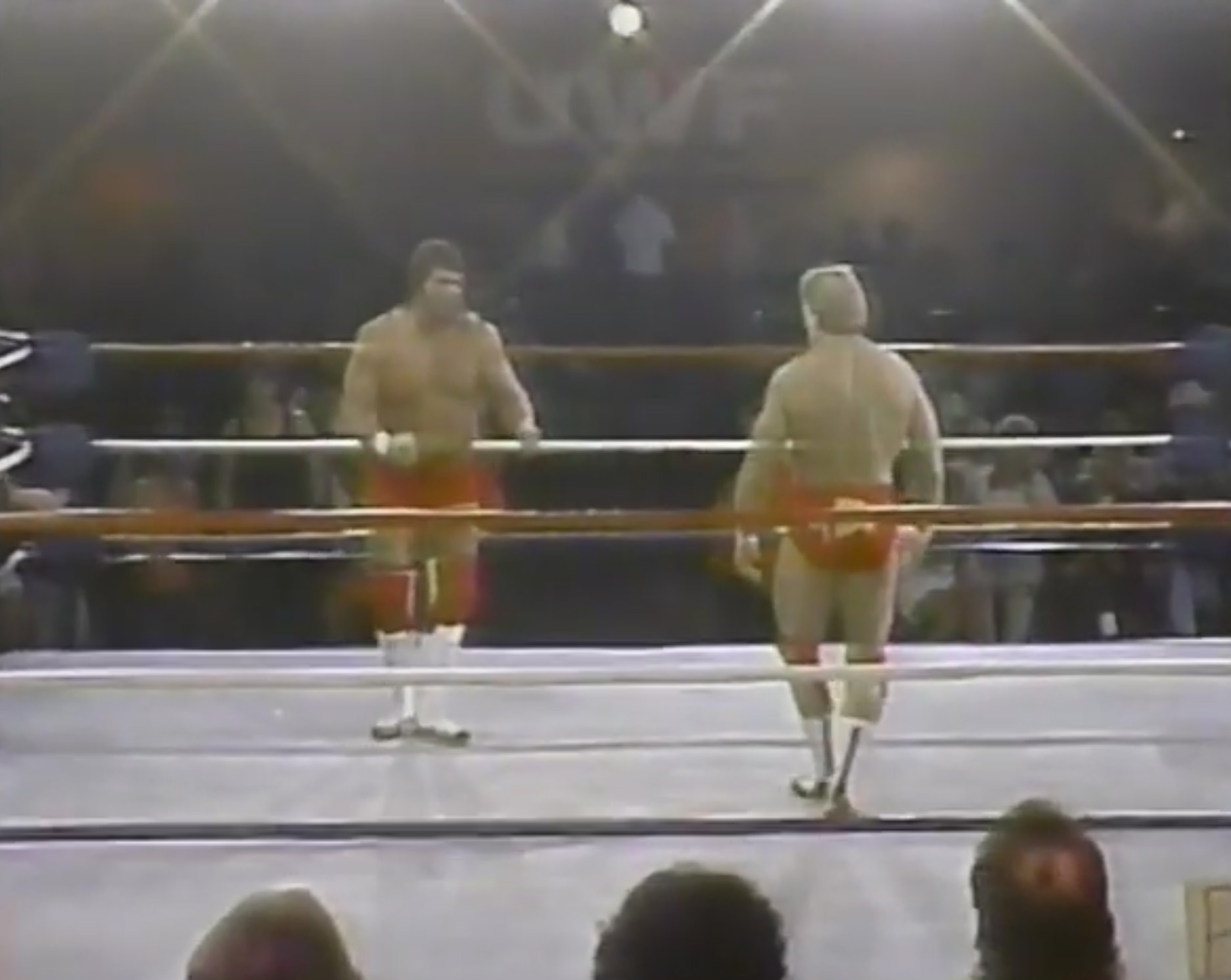 C’mon, Norm. Let’s give this promotion a chance, ok?

Commercial for a Mickey Mantle tape. I believe that a martini was not included in the purchase. In another advertisement, ADT can protect you, but it won’t protect your liver. 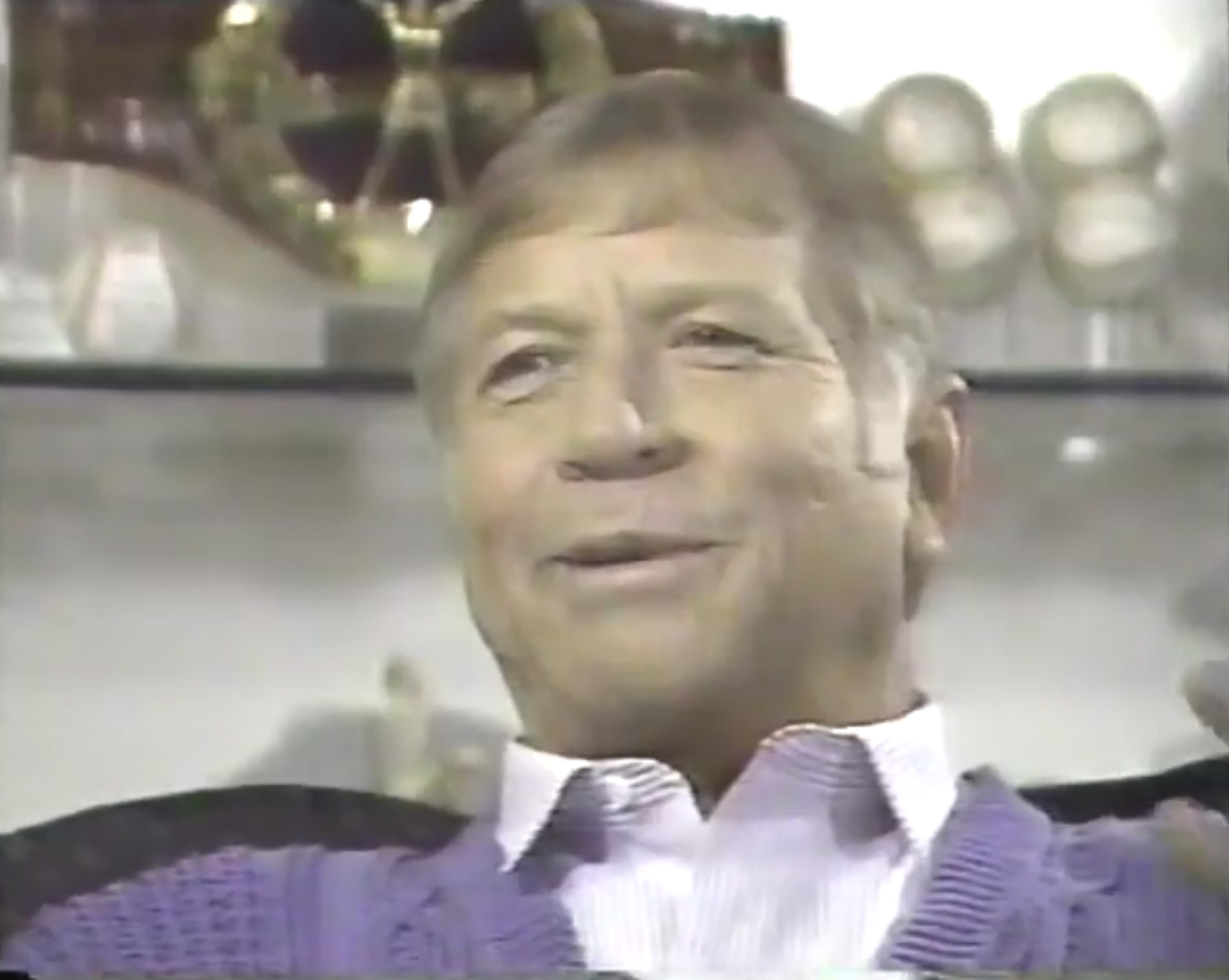 Summary: Solid match where there was a good combination of wrestling and brawling. I hope the non-finish leads to another match down the road.

Afterward, they brawl down to the concrete floor where a gaggle of wrestlers try to separate them. Dissatisfied with being unable to continue brawling with Blair, Spivey gives two wrestlers a double noggin knocker and retreats backstage.

Commercial airs for Vegas Dream for Nintendo followed by a promo by SportsChannel featuring Notre Dame football, CFL, and more. 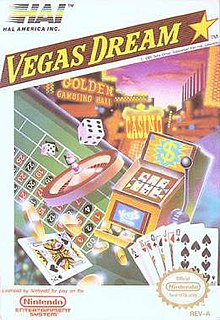 Promo #3 for UWF merchandise. Get yours TODAY!

Conclusion: For a premiere, this was a good wrestling show. Despite the over-the-top commentary by Abrams, the talent level was very strong, and the presentation worked for its time.

Next week, DeBeers will square off against Haynes.

If you would like for me to continue this series, please leave a comment below or send me an email.