Can Abrams pull off one of the best episodes of UWF to date? Let’s find out!

Get Old Spice or stink up the joint. Do I smell a theme? 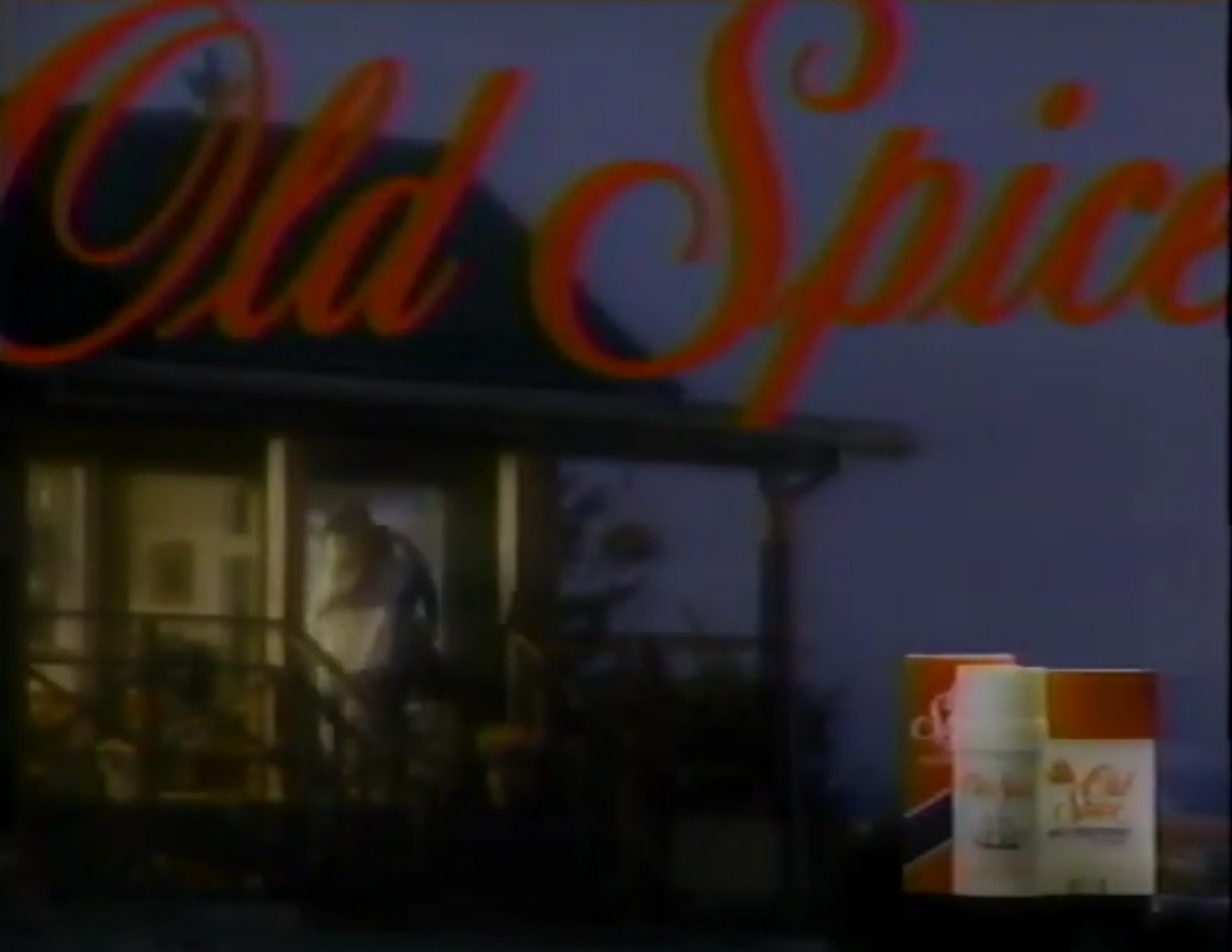 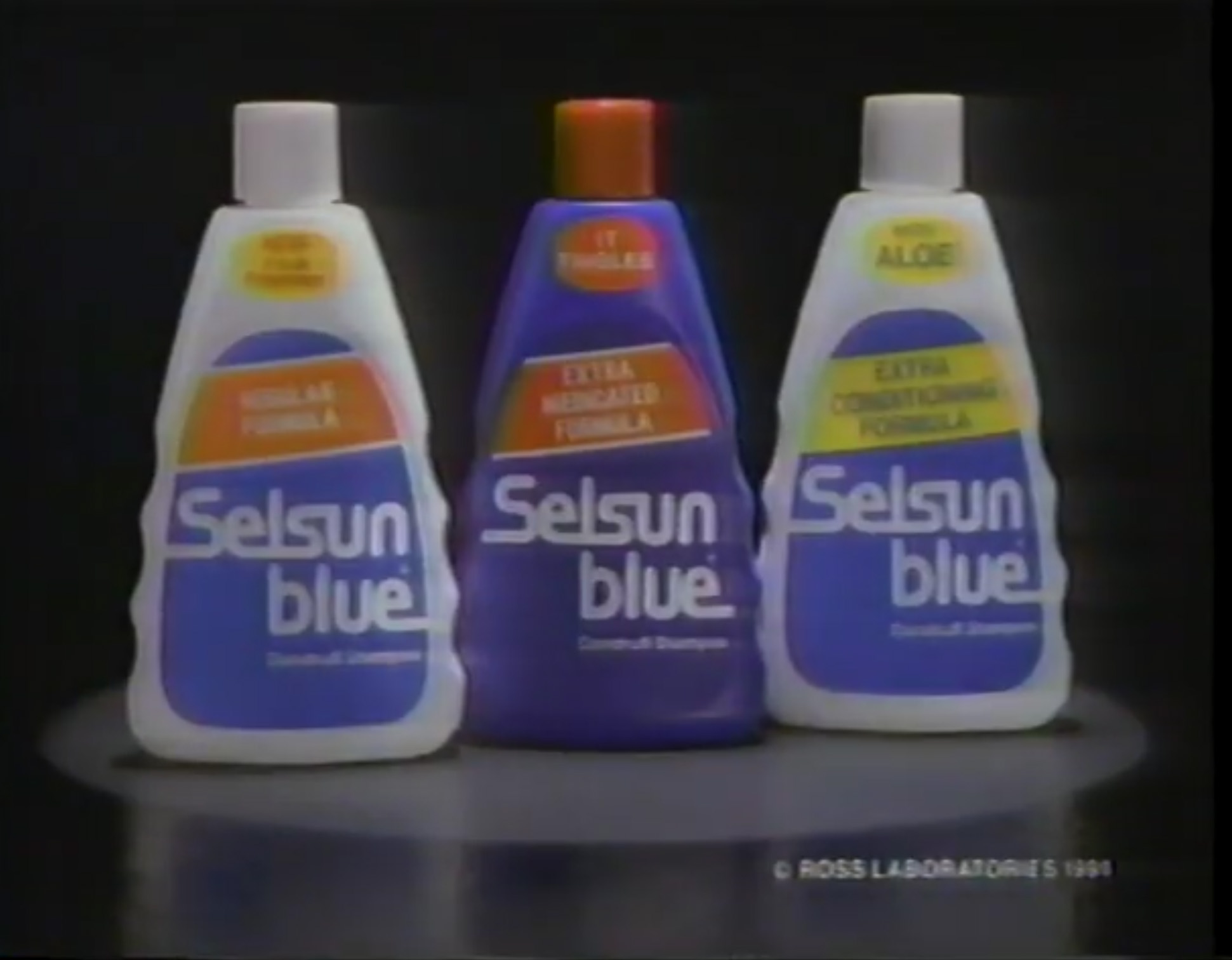 Watch Olympic Showcase only on SportsChannel. 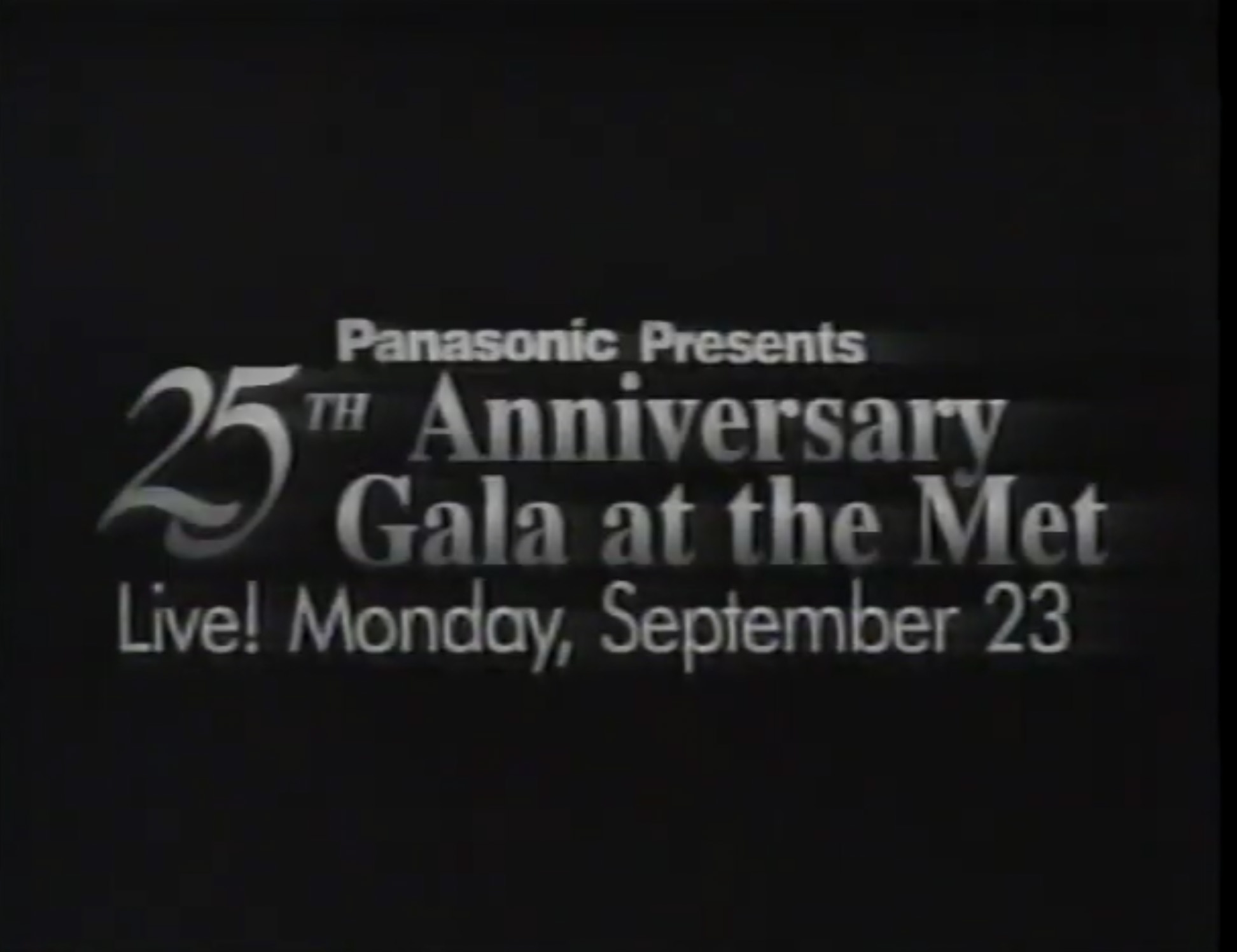 See Kickboxing only on SportsChannel!

Summary: Showcase match for the Animal.

After the match, Herb Abrams has some serious microphone problems before interviewing Samson and the Animal. While Samson refers to himself as “the Keeper,” Abrams mistakenly interviews the Animal but smartly flees before getting hurt. OK, we have comedy fit for children. 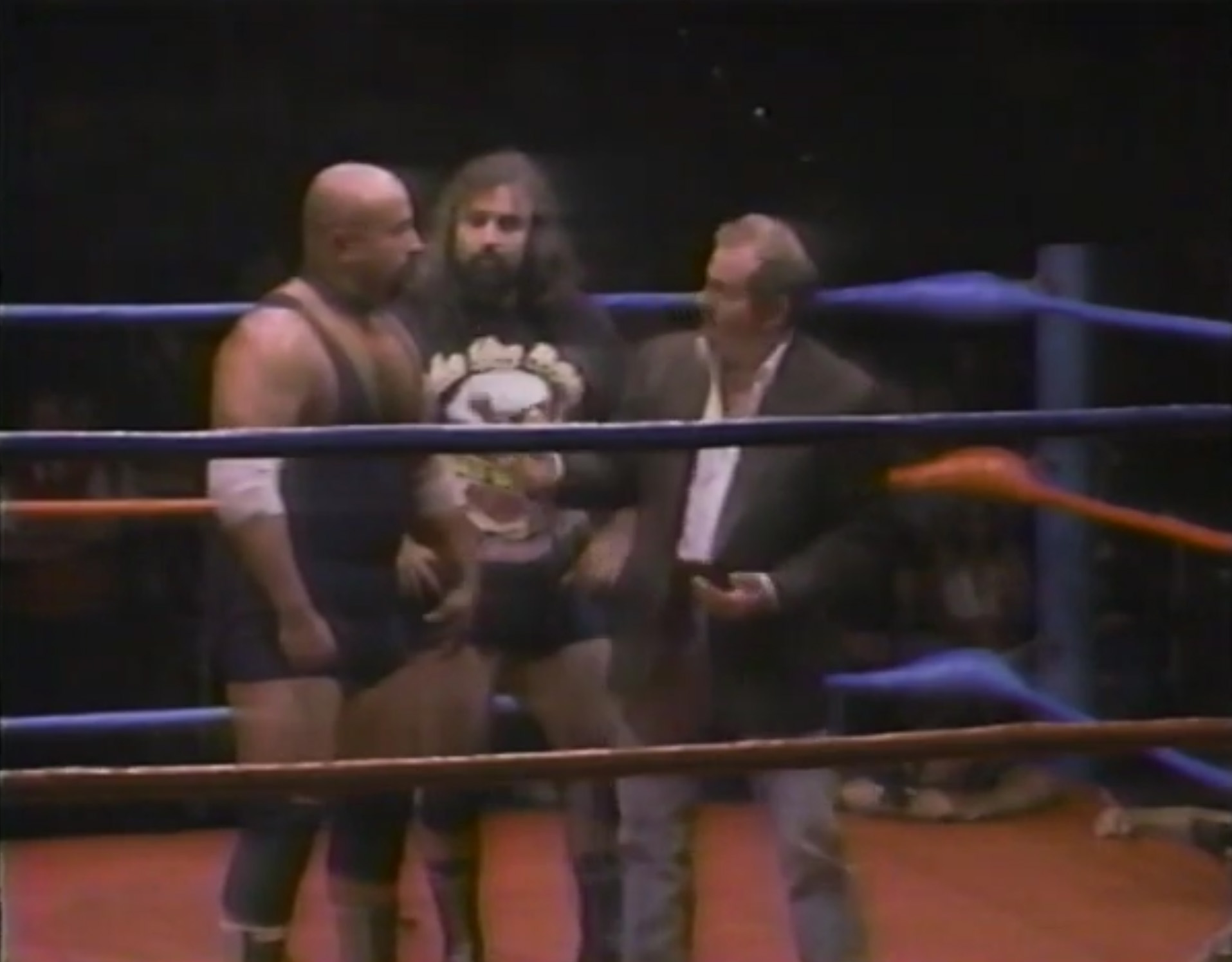 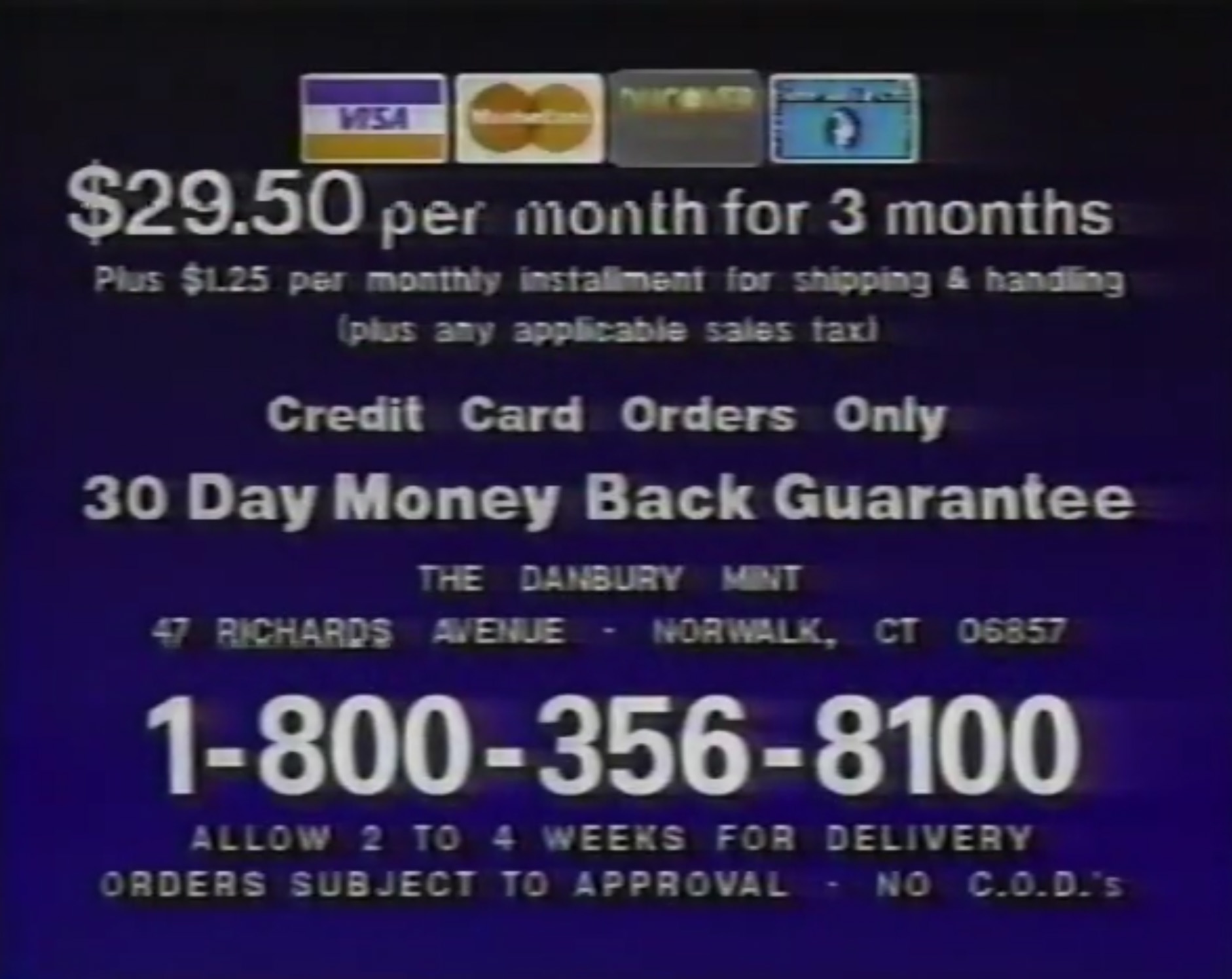 Obtain Selsun Blue or people will think you’ve been hanging out with Abrams.

CAPTAIN LOU’S CORNER: Albano interviews the UWF Israeli champion Joshua Ben-Gurion. When did this ham’n’egger win a title? And where the FUCK is the green screen? C’mon, Abrams! 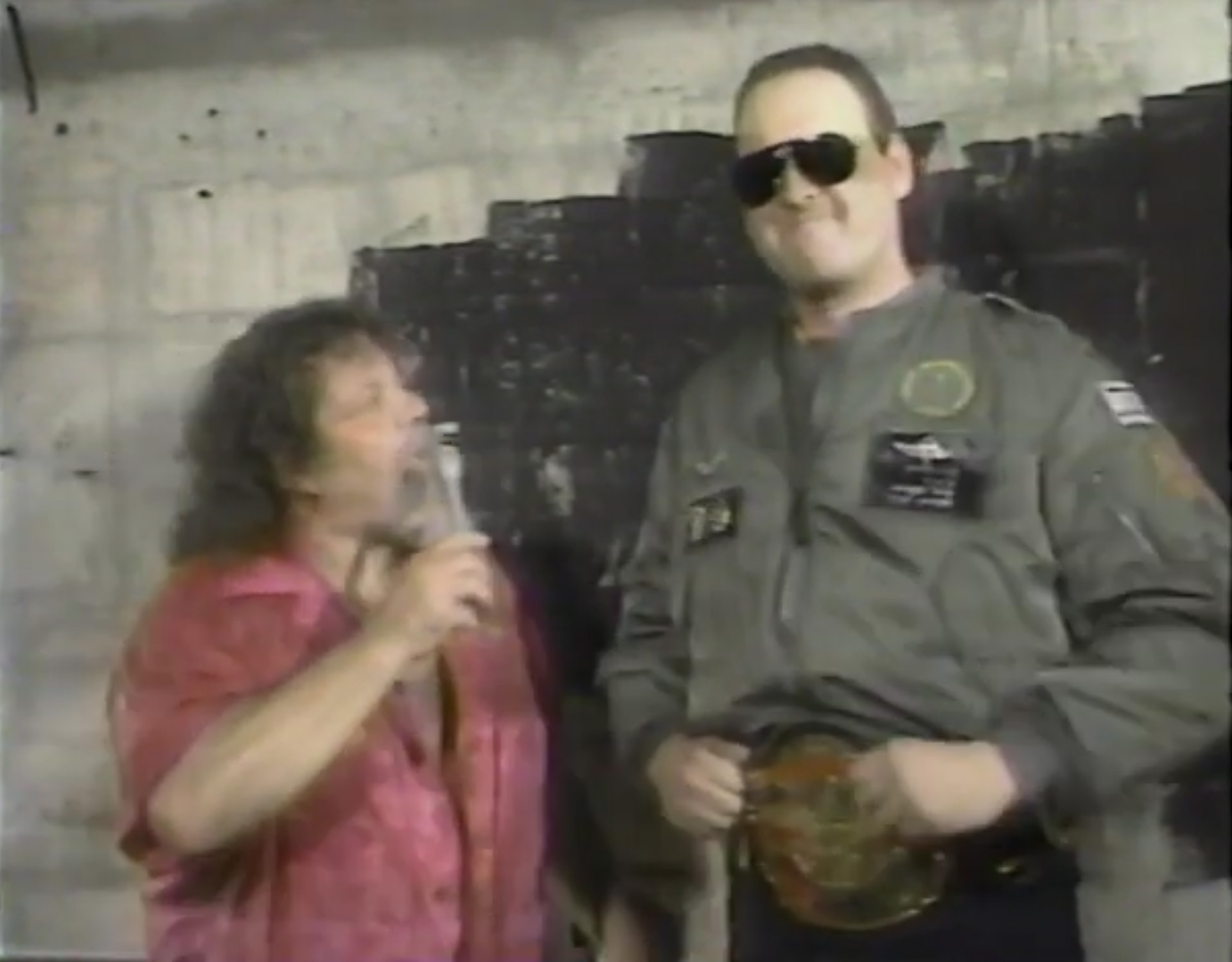 Summary: What in the blue hell was this crap? While Ben-Gurion is inexperienced, Muhammed is just plain TERRIBLE. Get this shit off my screen! Absolute garbage!

After the match, Ben-Gurion nails Abudadein and uses Muhammed’s keffiyeh to blind him.

Ad airs for the Beach Brawl video. Get yours today!

Rent your executive suite at the Nassau Coliseum.

Catch the Mets as they face the Houston Astros TONIGHT! Believe it or not, the Mets won 6-4. 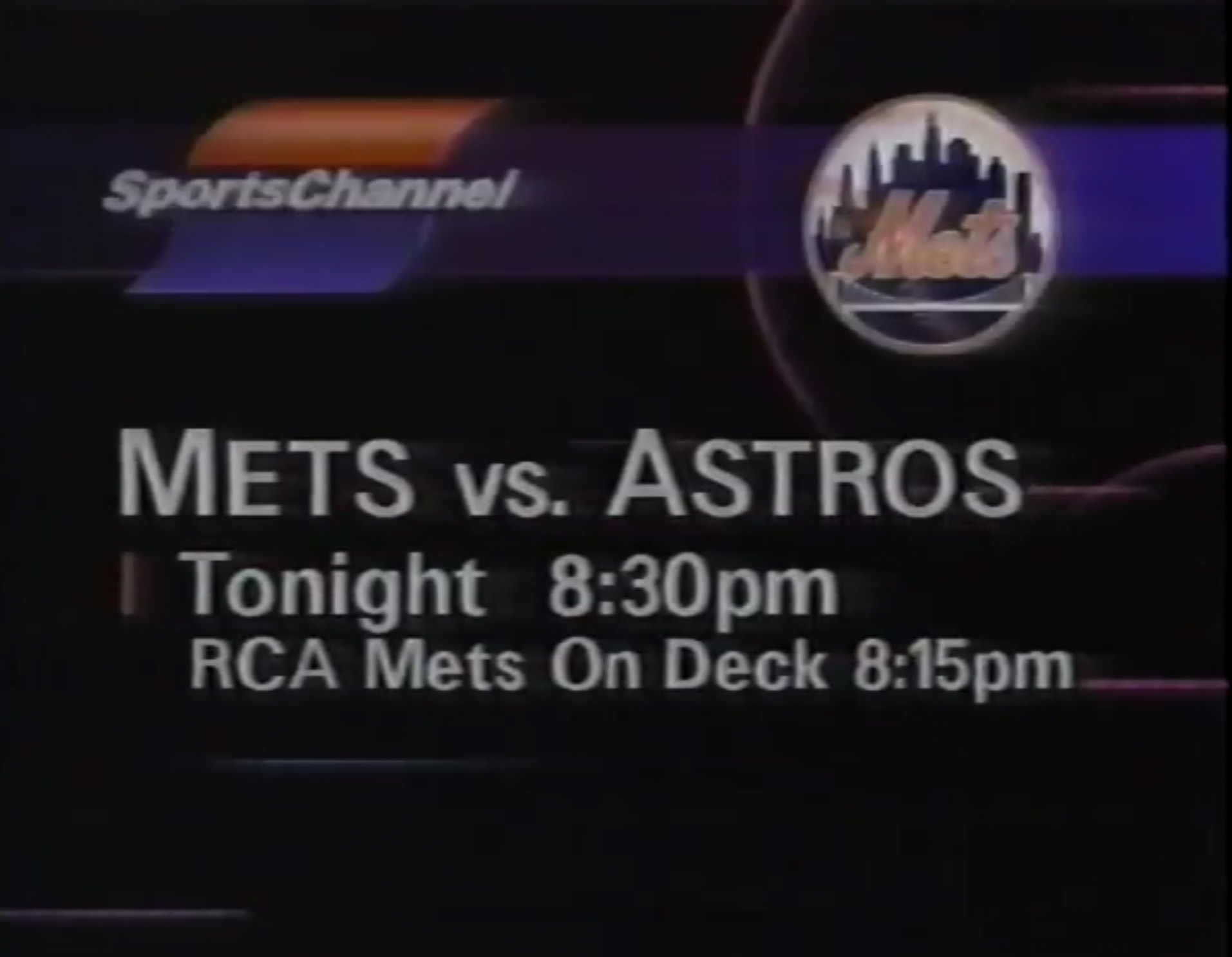 Summary: Showcase match for Assassin, but DeFuria who looked great against the Blackhearts appeared lost here.

After the match, Mr. Red grabbed the microphone to put Assassin over. 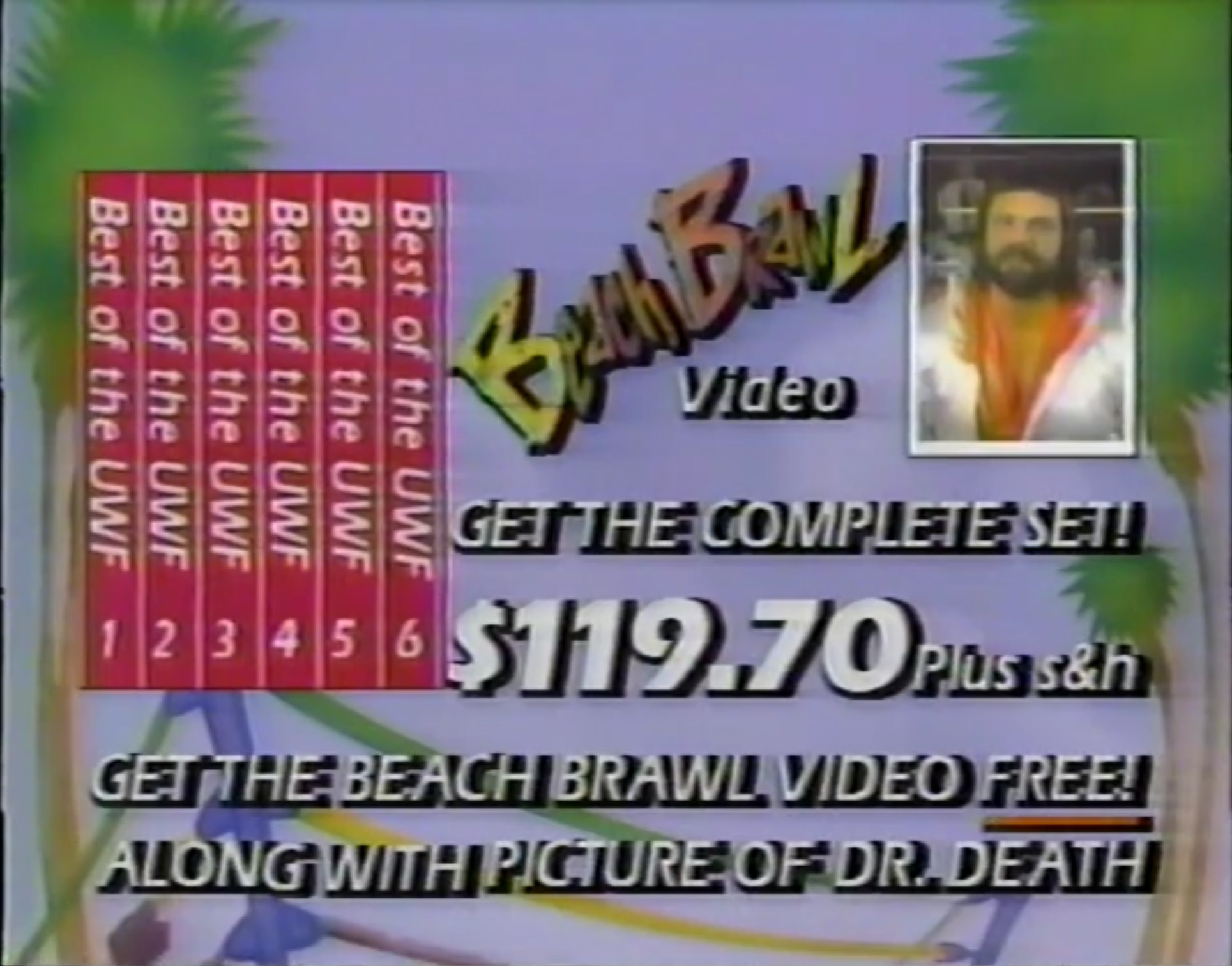 Promo #2 for the 25th anniversary PPV. 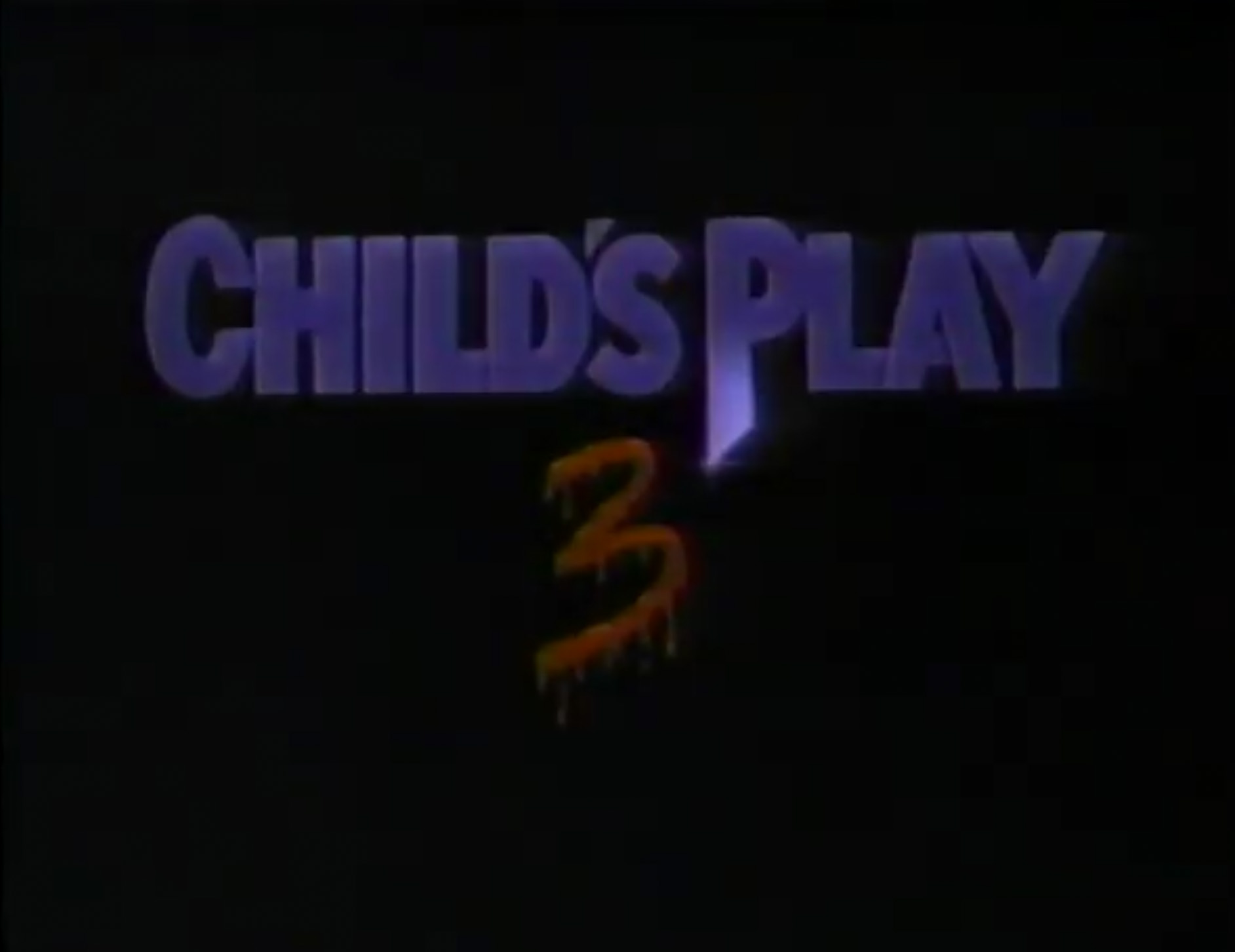 Summary: Atrocious “wrestling” as I am almost embarrassed to watch this any longer.

After the match, John jumps on Blair’s back, but Blair escapes and military-press-drops him.

Summary: That splash was breathtaking, but Royal’s inexperience showed. Also, the recurring interference throughout the show reared its ugly head in this match too.

Promo #2 airs for the Beach Brawl video plus the Best of the UWF.

Tums offers me the relief needed for the heartburn caused by episodes like this dreck. 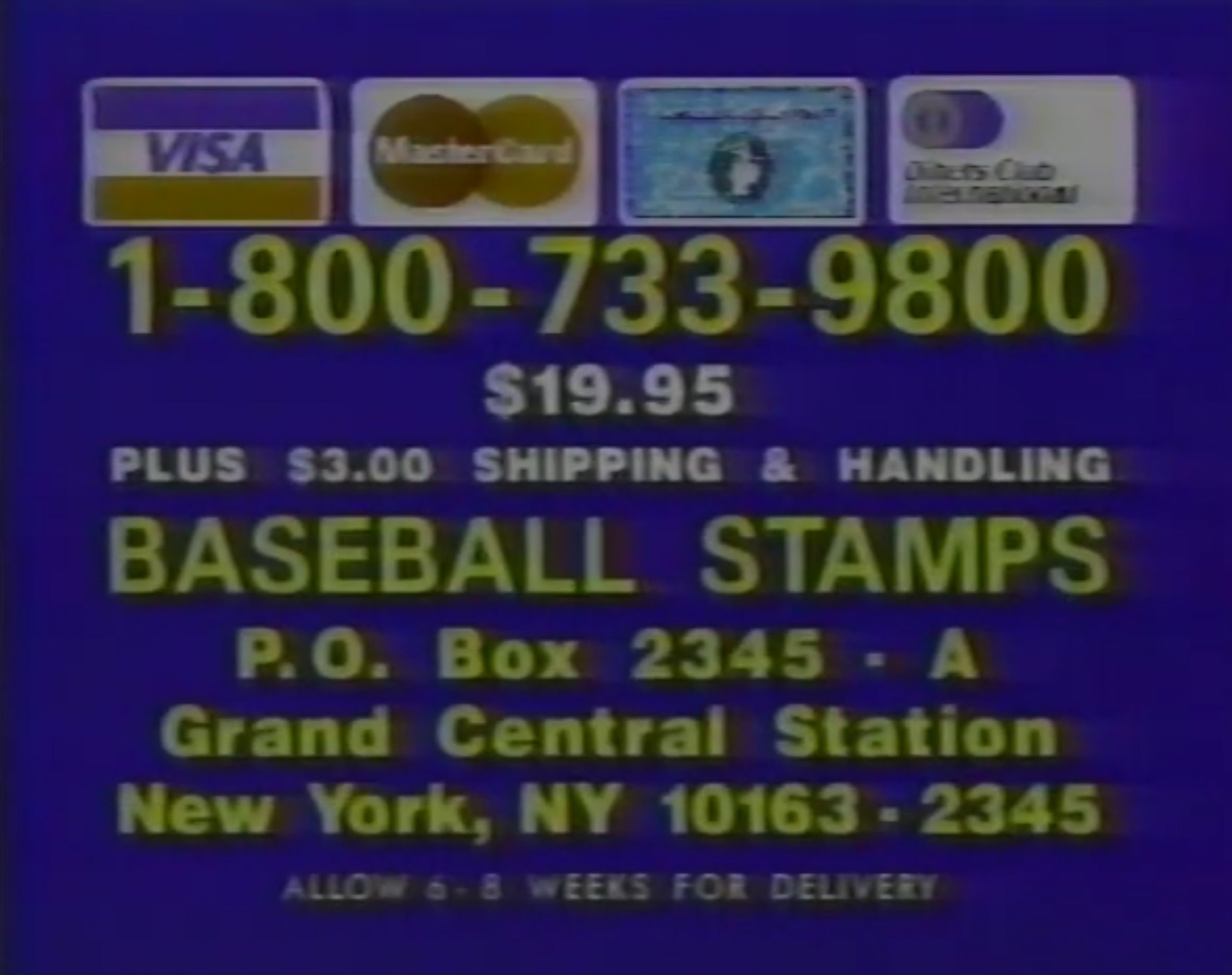 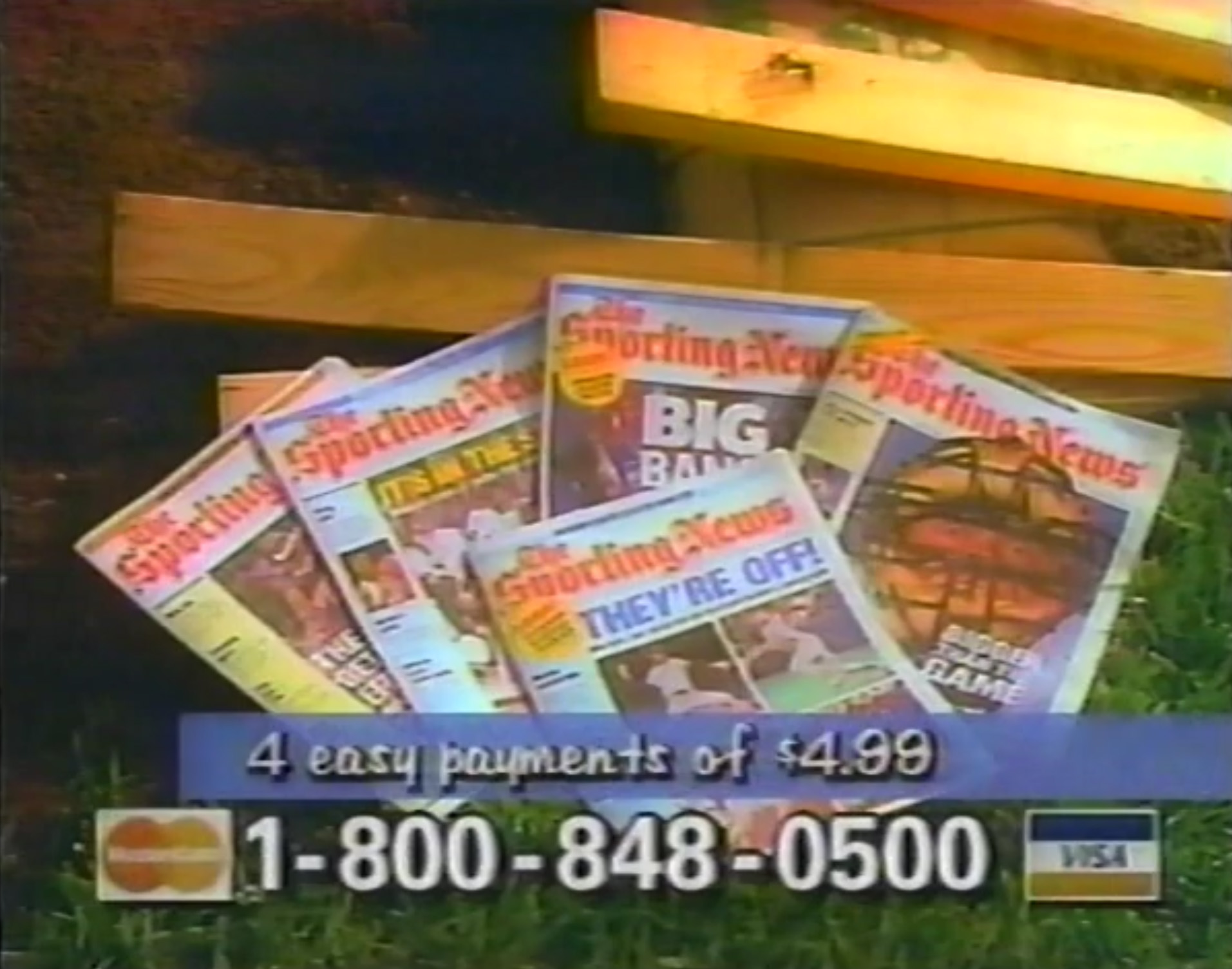 Promo #3 airs for the fucking video.

Conclusion: To answer my question above, no, this was the WORST.

Alternatively, look at the date of the show. On the same night this show aired, WWF Summerslam ’91 from Madison Square Garden was telecast on PPV. Since this show apparently aired at 6:30pm and the PPV began at 8pm, Abrams may have thought that if his audience watched a poor wrestling product, then they wouldn’t be tempted to buy a wrestling PPV. It’s crazy logic, but Abrams wasn’t 100% sane all the time. Payback, perhaps?

Let’s hope next week’s show isn’t anywhere near as dreadful as this one.

Next week, we find out who Fire Cat’s mystery partner is against the Blackhearts. I need a stiff drink.