Who will win the battle between Orton and Orndorff? What transpires on the latest edition of Captain Lou’s Corner? What are Luna and the Blackhearts up to this week? Let’s find out!

Catch Mickey Rourke in Harley Davidson and the Marlboro Man in theaters on 8/23. 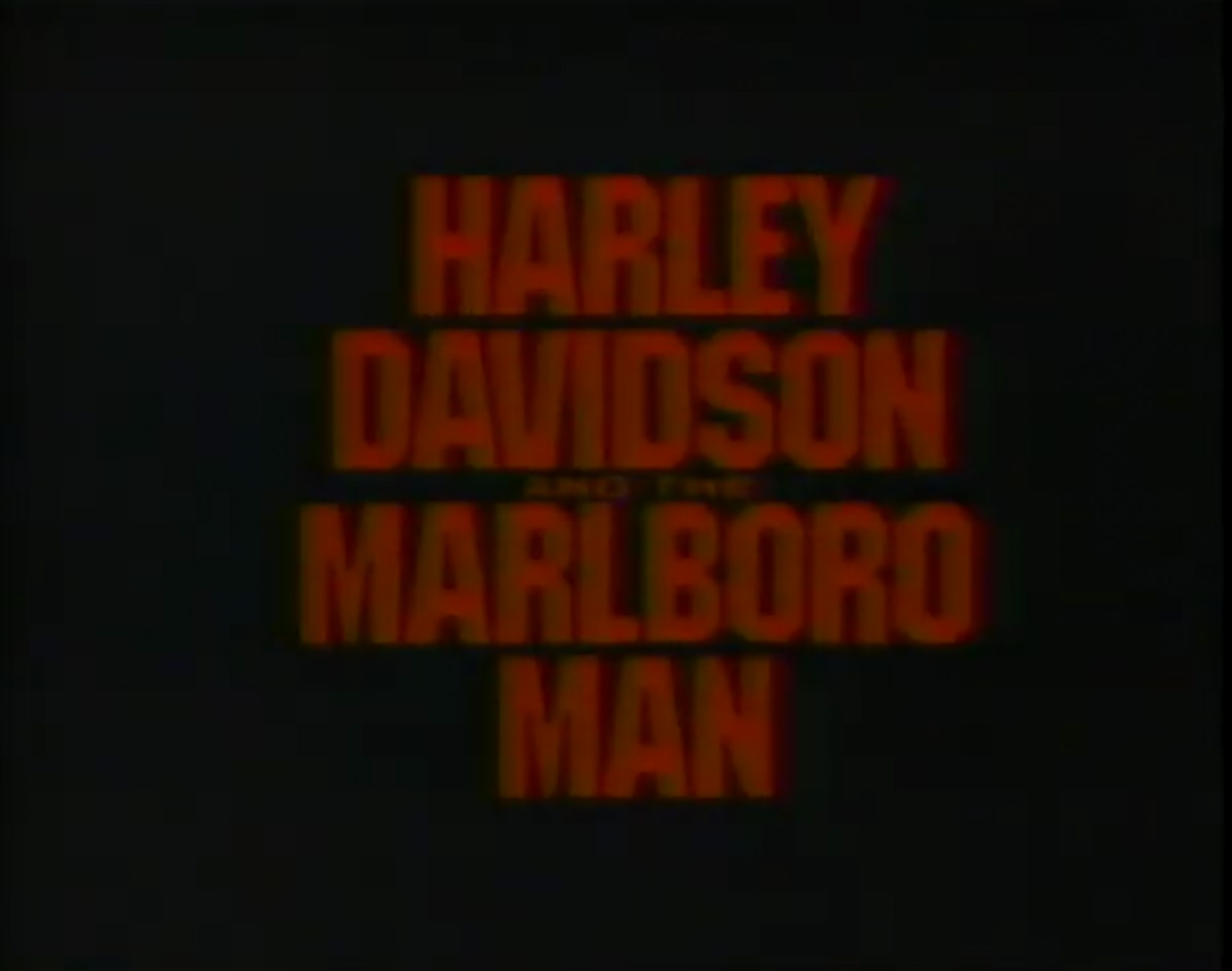 Get your hands on some Pringles Corn Crisps. 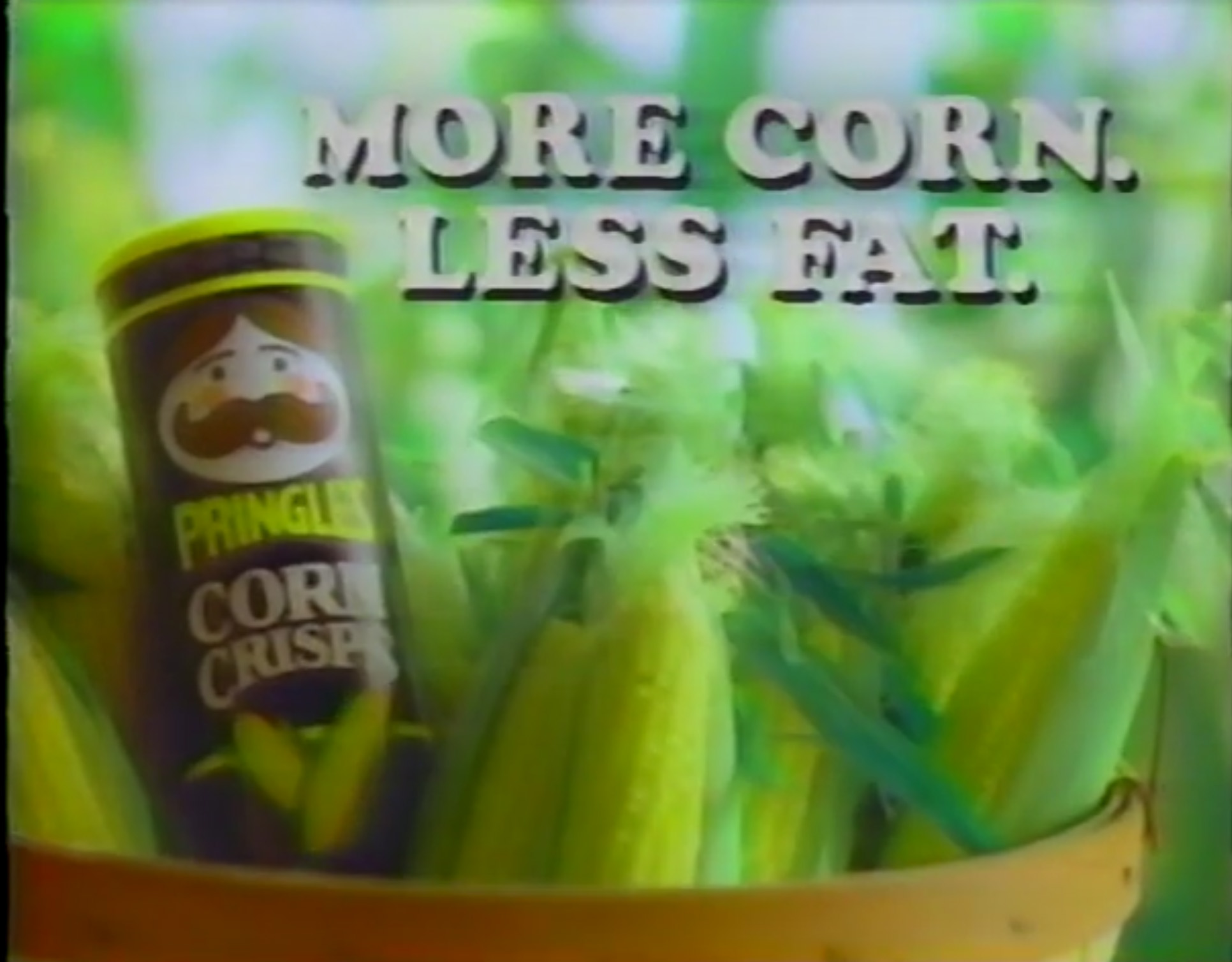 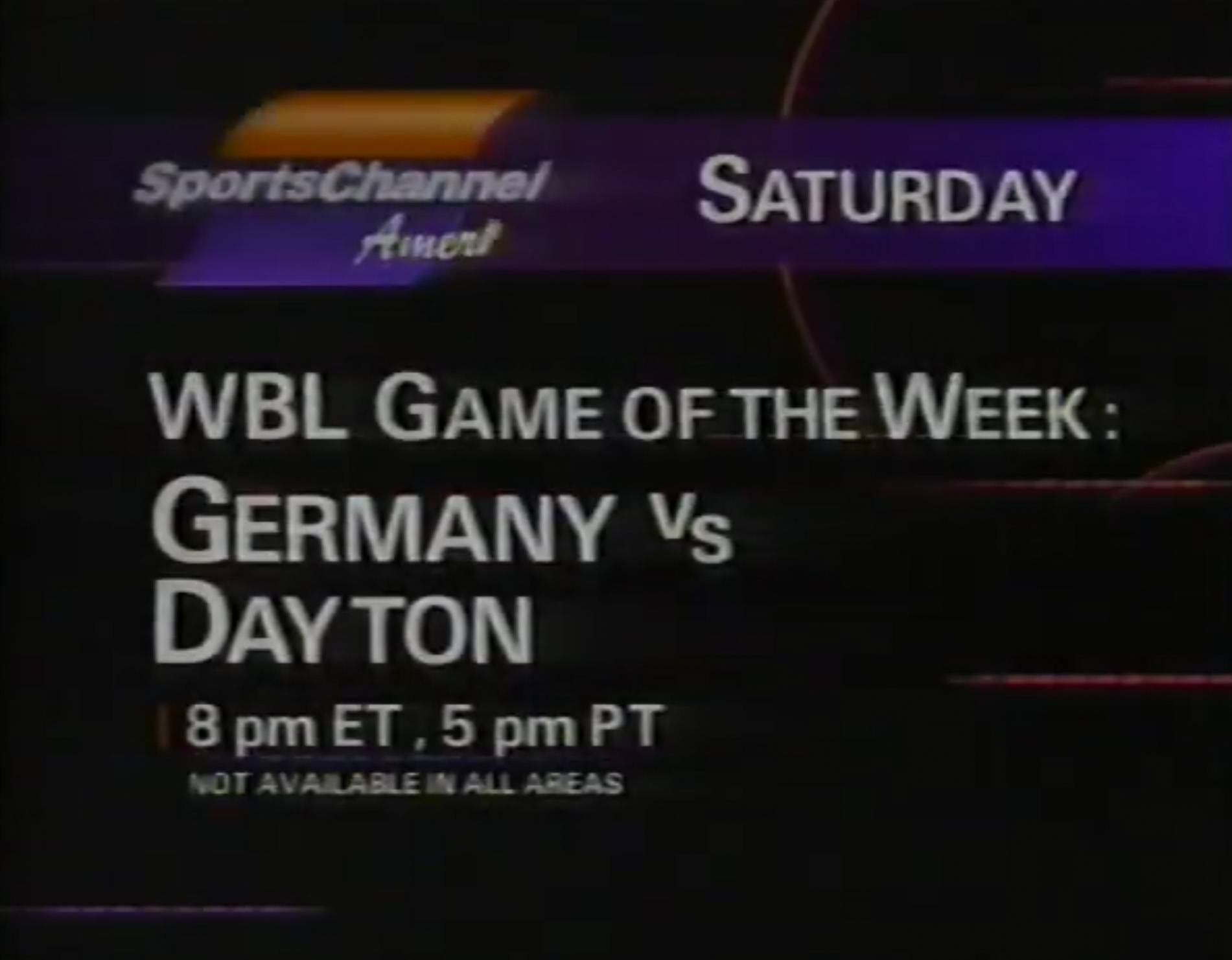 Catch Olympic Showcase on Wednesday only on SportsChannel! 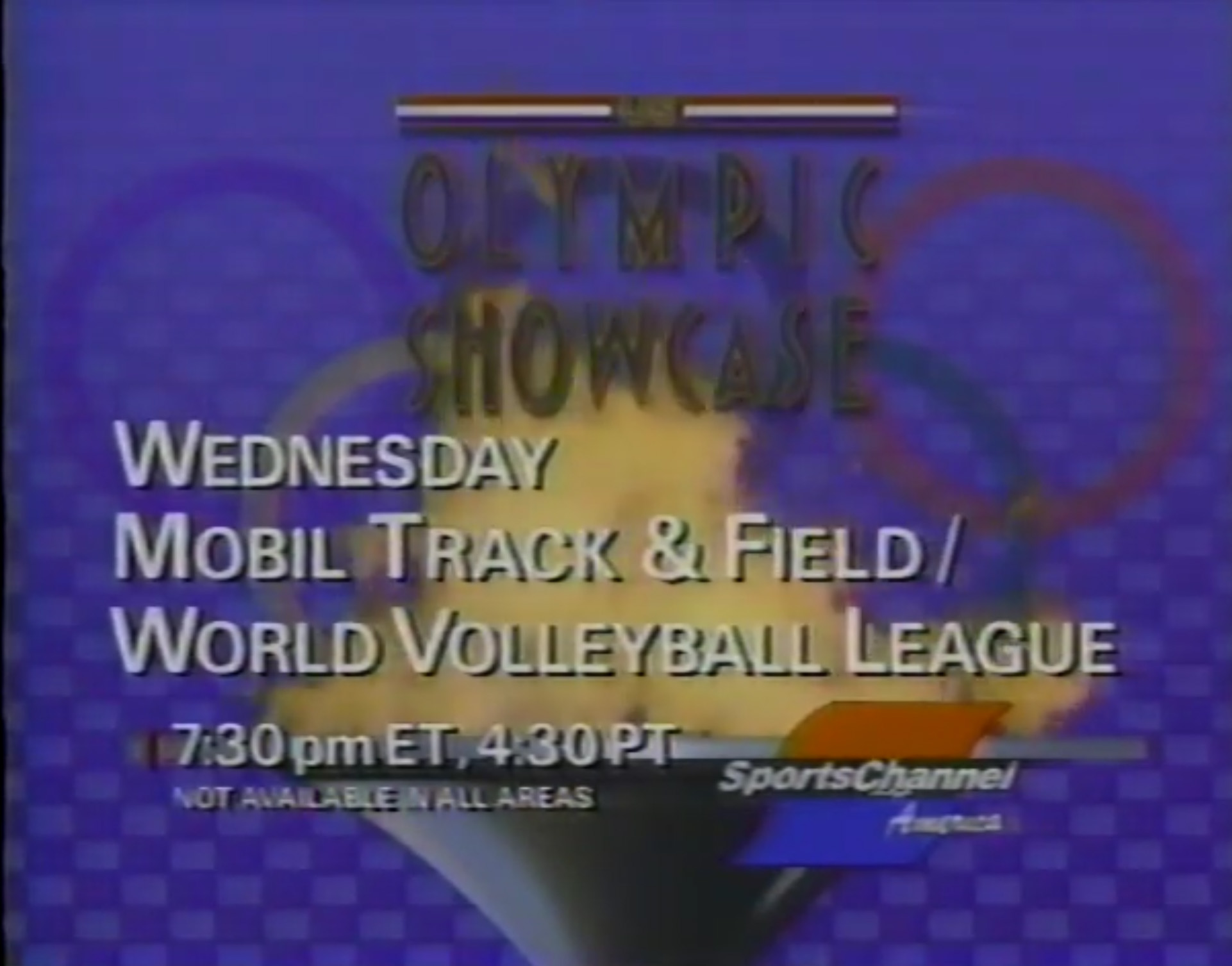 Backstage, Captain Lou Albano interviews Fire Cat who has a mystery opponent in store for the Blackhearts. 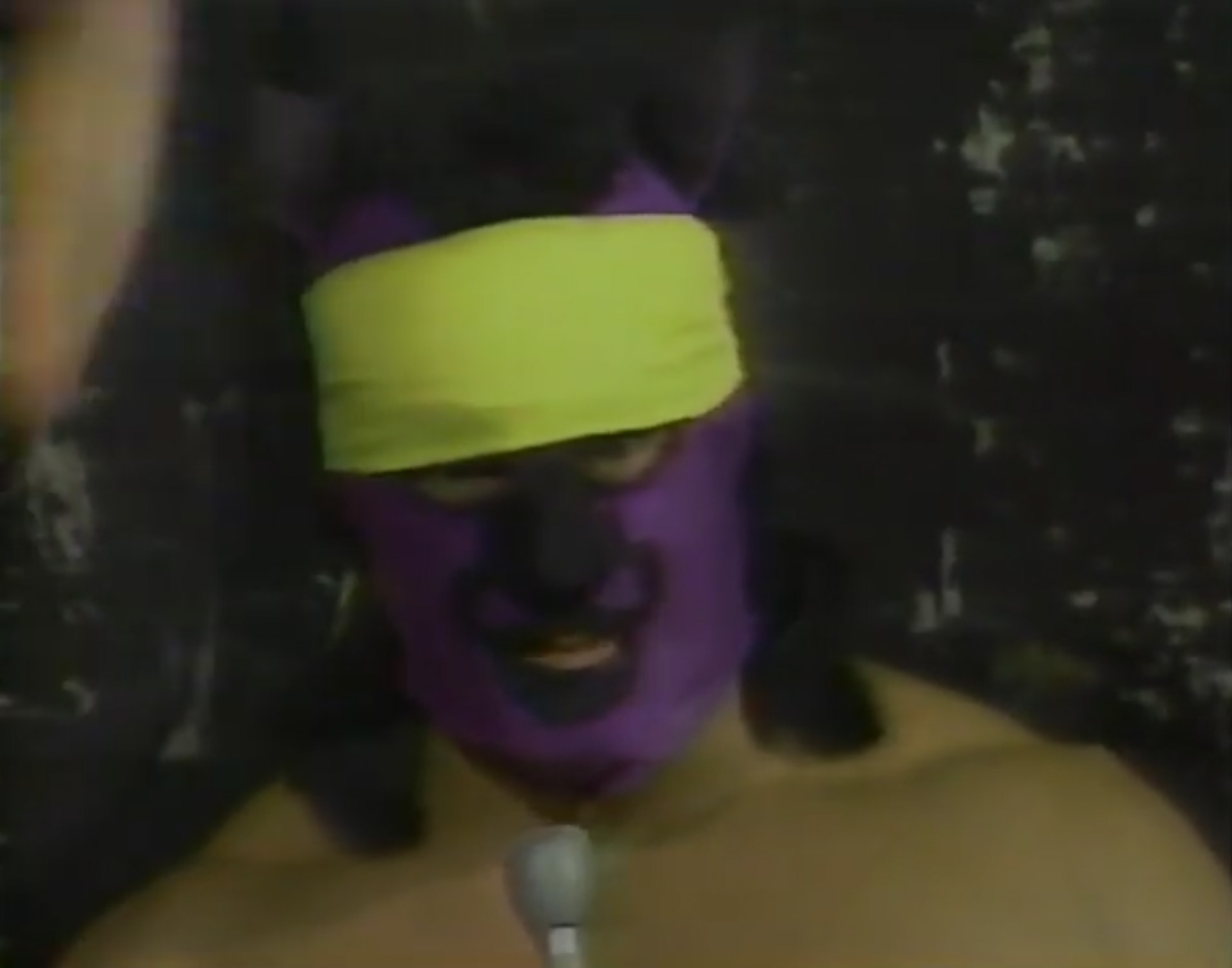 Order KNIVES for only $24.95 NOW! Considering all the drug trafficking in the Miami Beach area, that’s not a bad suggestion.

CAPTAIN LOU’S CORNER: In the ring, Albano interviews Herb Abrams and Mr. Red. After Mr. Red offers Albano “no hard feelings” about the incident at Beach Brawl, he extends his hand “in friendship.” They shake hands, and Mr. Red holds up a piece of paper stating that he “own(s) the Captain’s Corner.”

In disbelief, Albano explains his contract status with the UWF. Abrams confirms it and rips up the Red’s paper. As Abrams tosses it back in Mr. Red’s face, Albano CLOCKS Mr. Red for a second time. The Cuban Assassin and Super Ninja storm the ring to shoo Albano and Abrams back to the dressing room and tend to Mr. Red while the Ft. Lauderdale faithful chants “Lou.” Good angle! 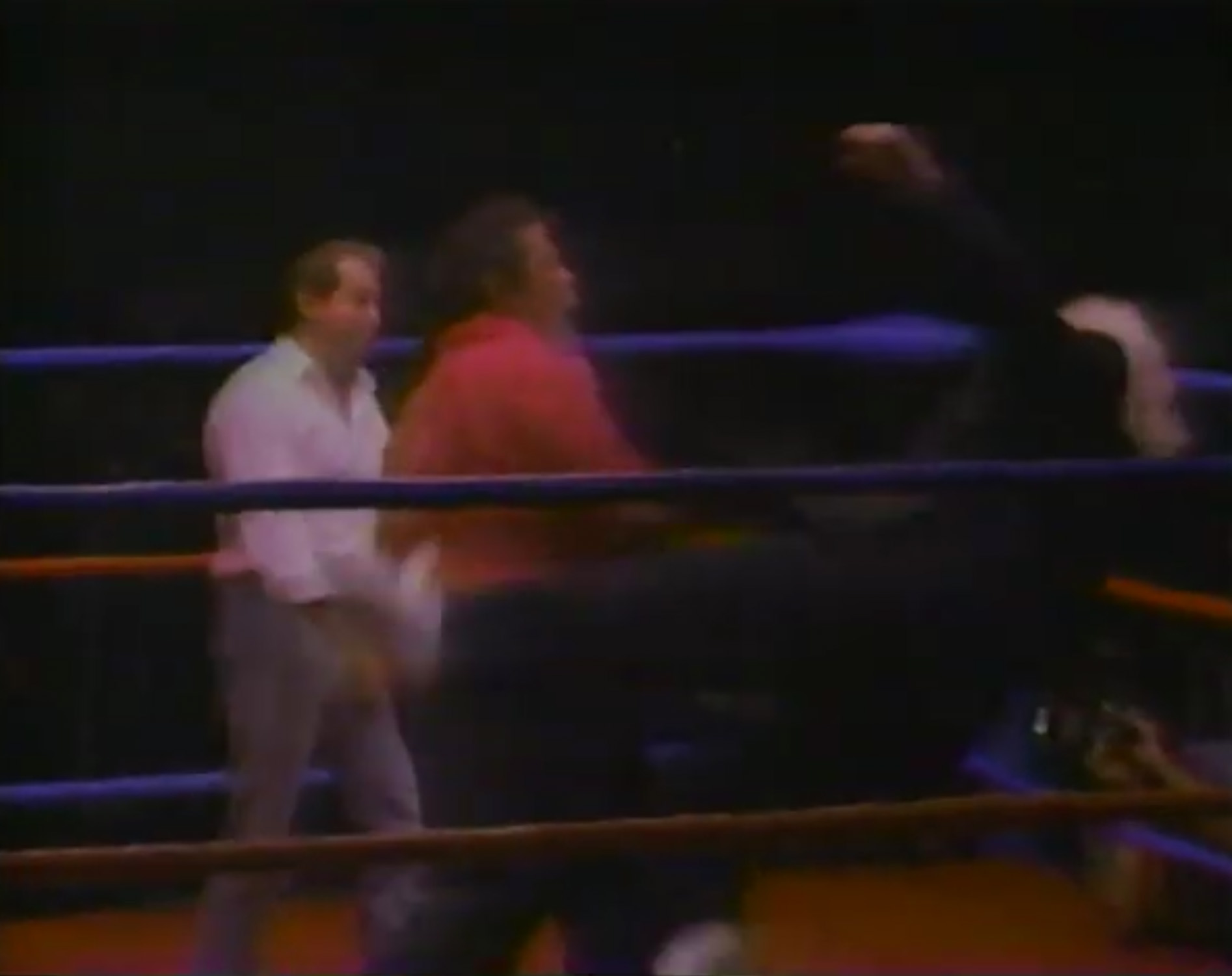 UWF Rumble in New Jersey will happen at Dickenson High School in Jersey City on 8/24. Uh… 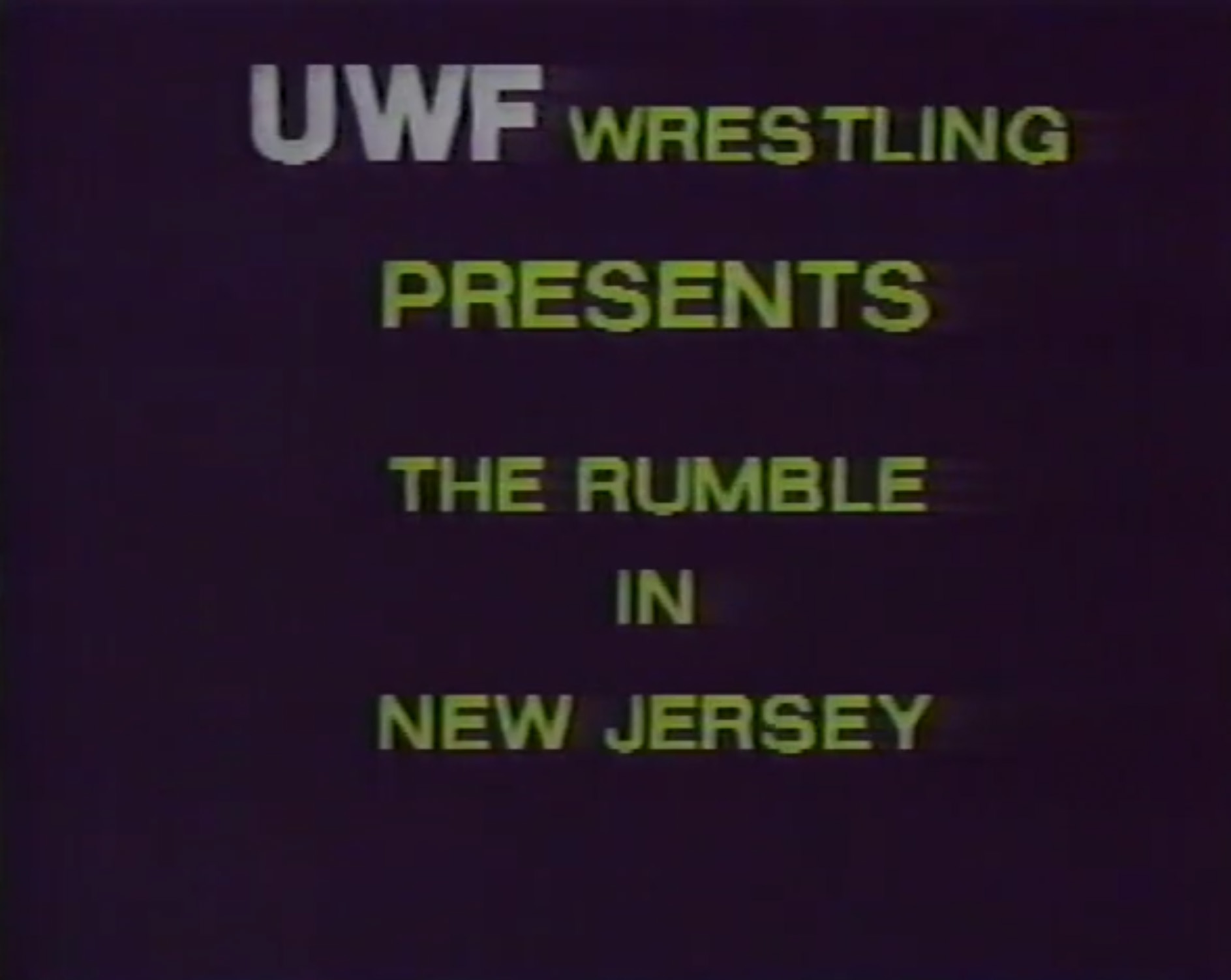 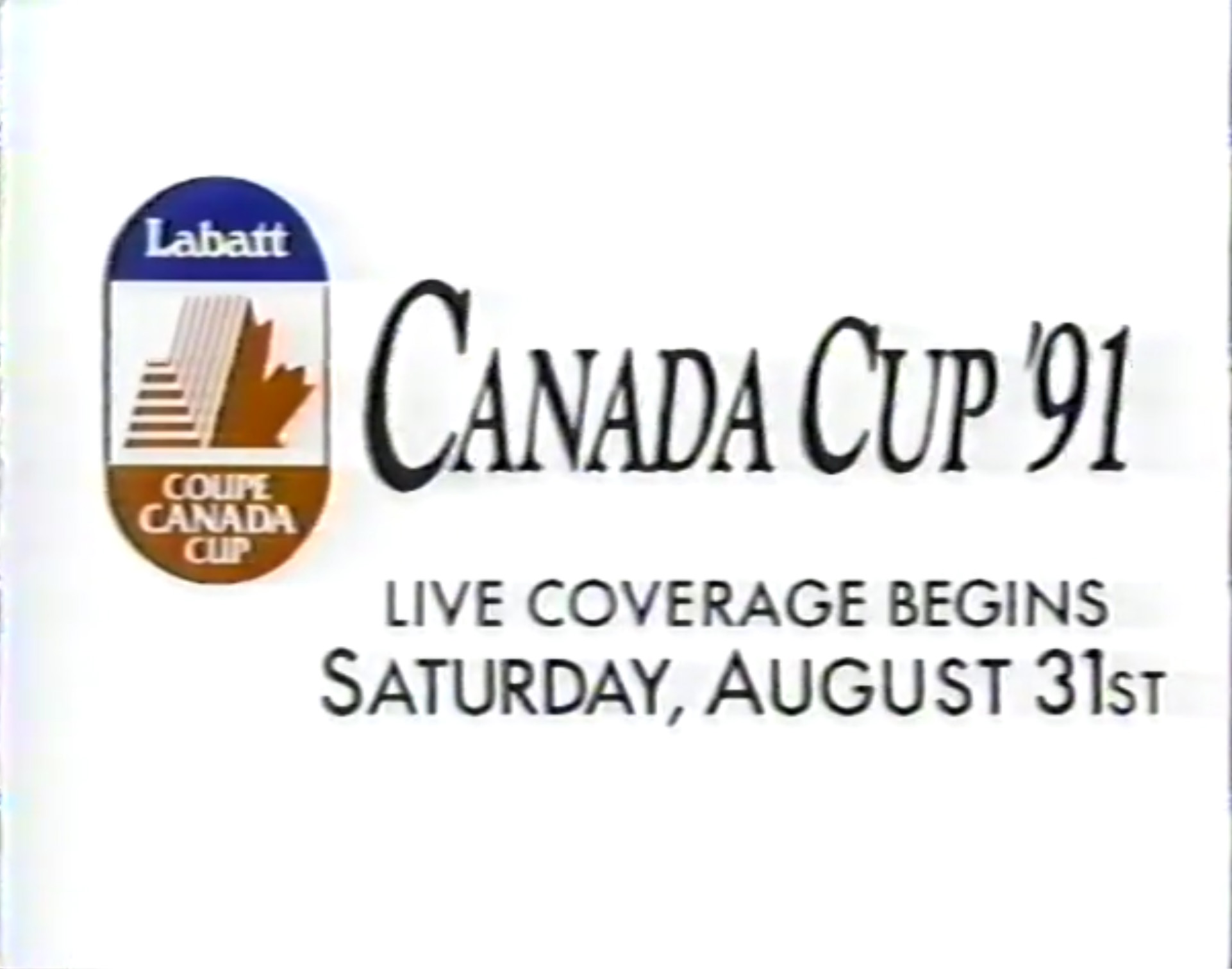 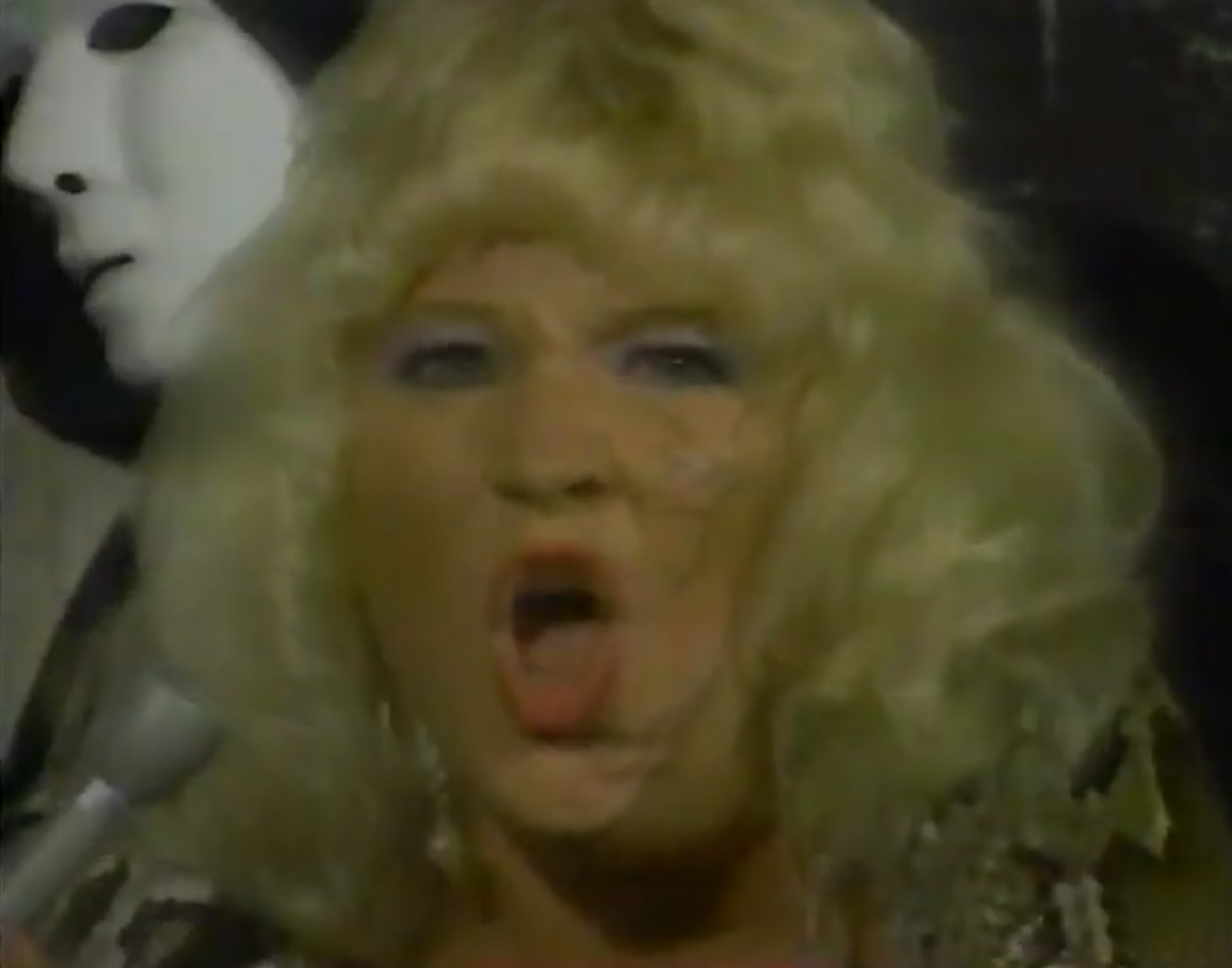 Summary: Very sound teamwork, high-flying, and workrate by the Blackhearts.

Get UWF Superstars cookies! You can choose from Wild Thing, Dr. Death, and Orndorff. Coming soon, Blair, Bruno, Albano, along with Herbie cookies will hit the market. 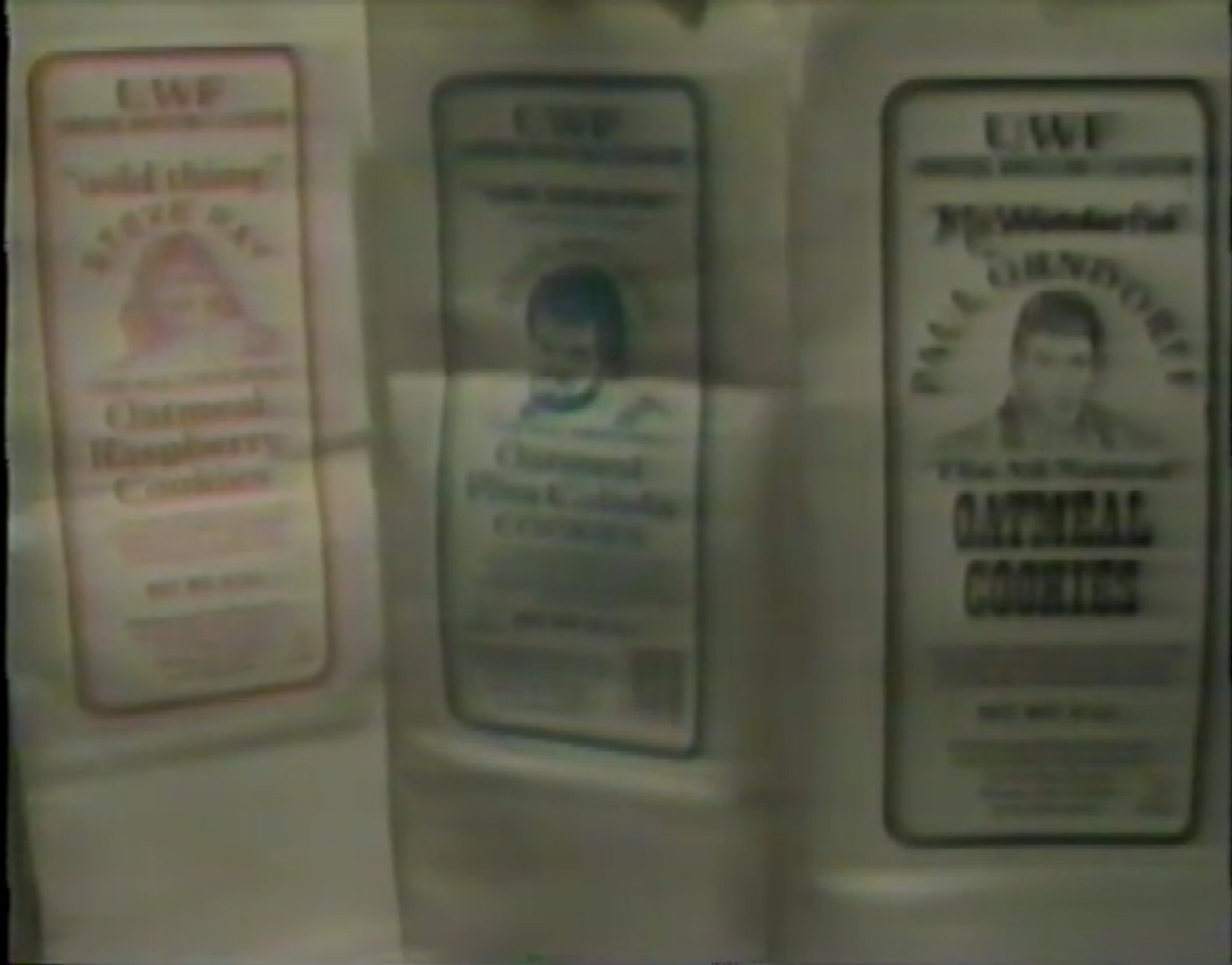 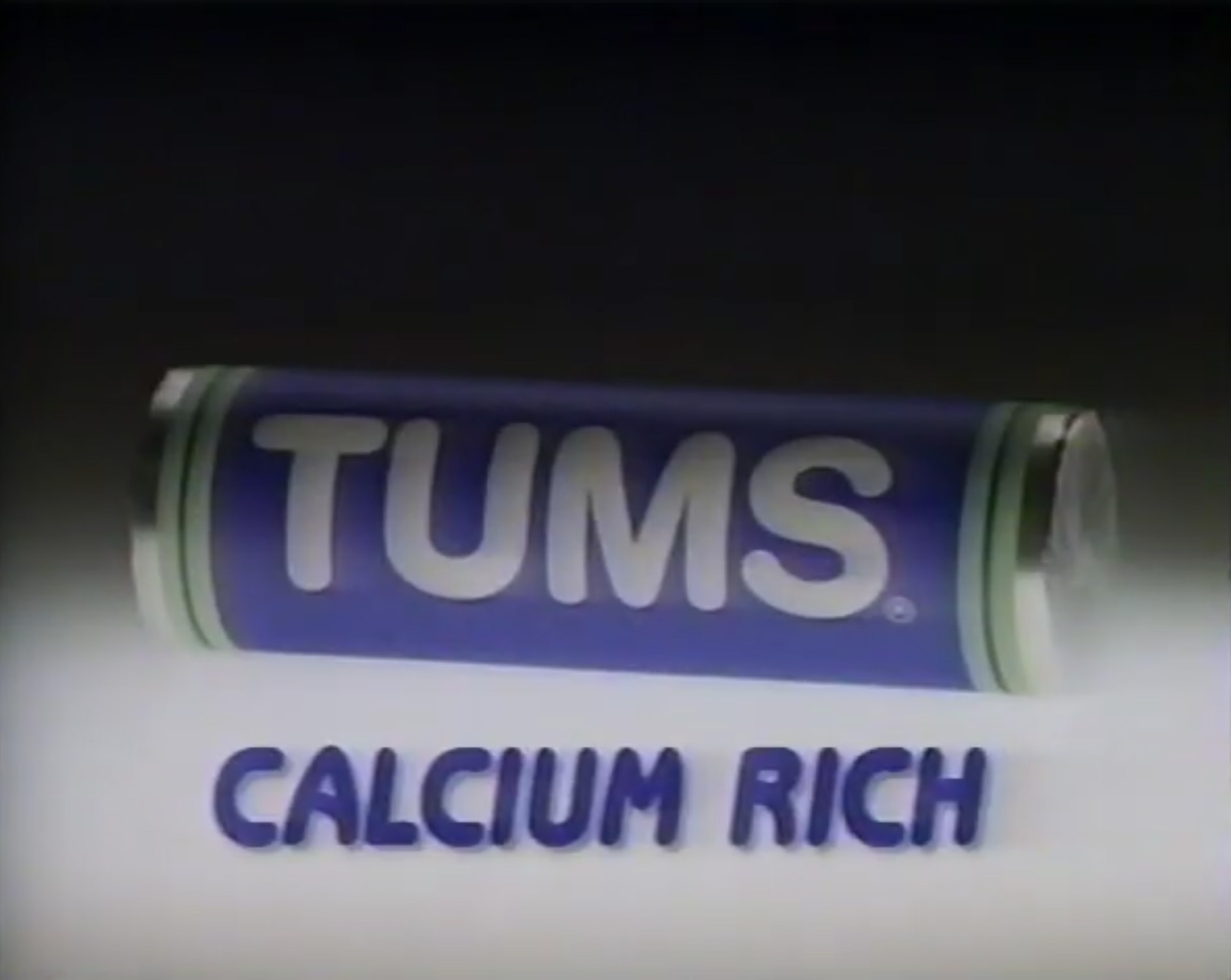 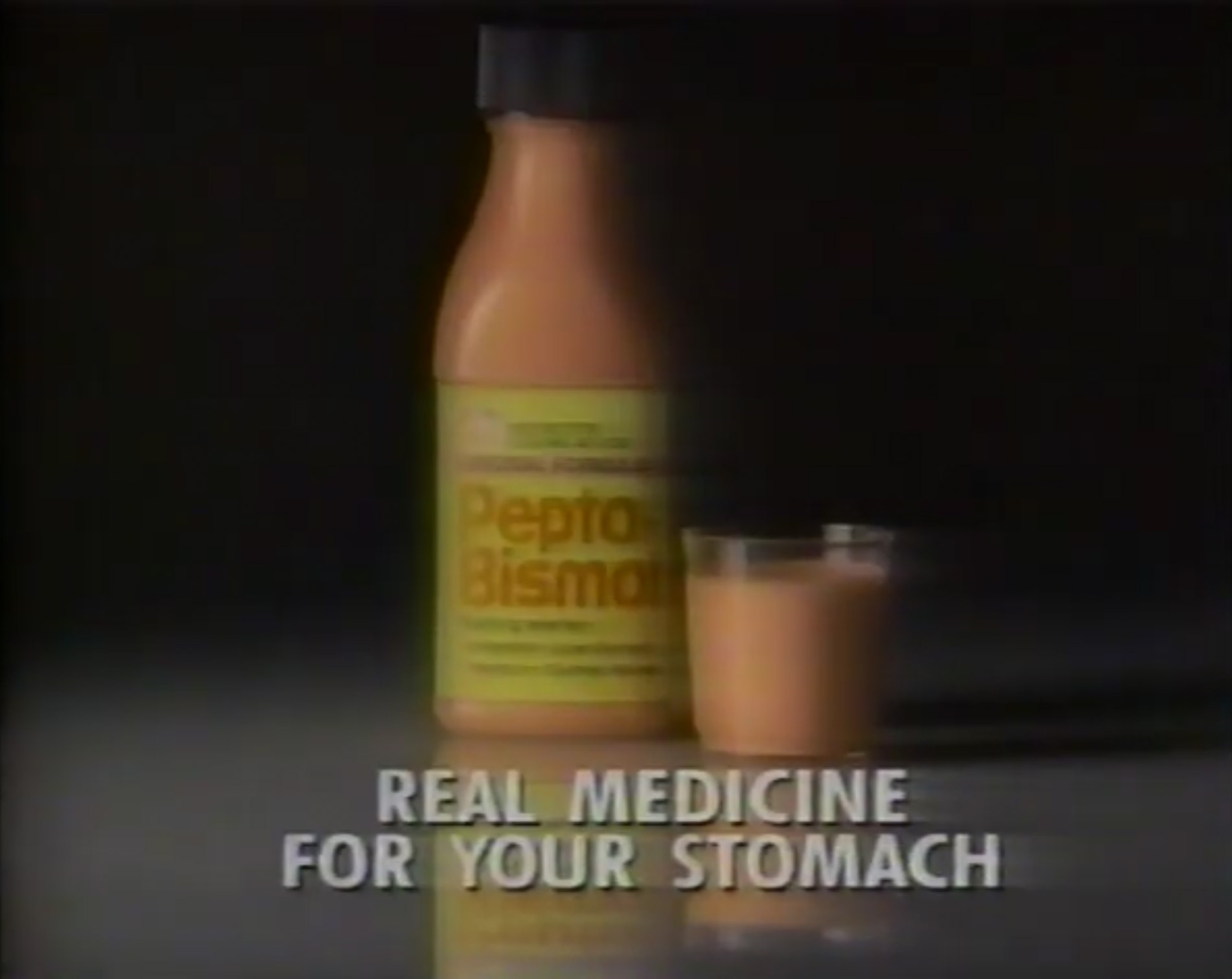 Obtain a Happy Baseball Birthday tape for only $9.95!

Get the Beach Brawl program and video today!

Conclusion: For the first time in weeks, episode-pacing problems rear their ugly head as time runs out before the completion of the main event. Hopefully, we see the entire match on next week’s episode.

Alas, the Blackhearts match along with Captain’s Corner segment make this a worthwhile episode despite the poor pacing. Sink your teeth into this one.

Next week, the climax to the Orton-Orndorff match!