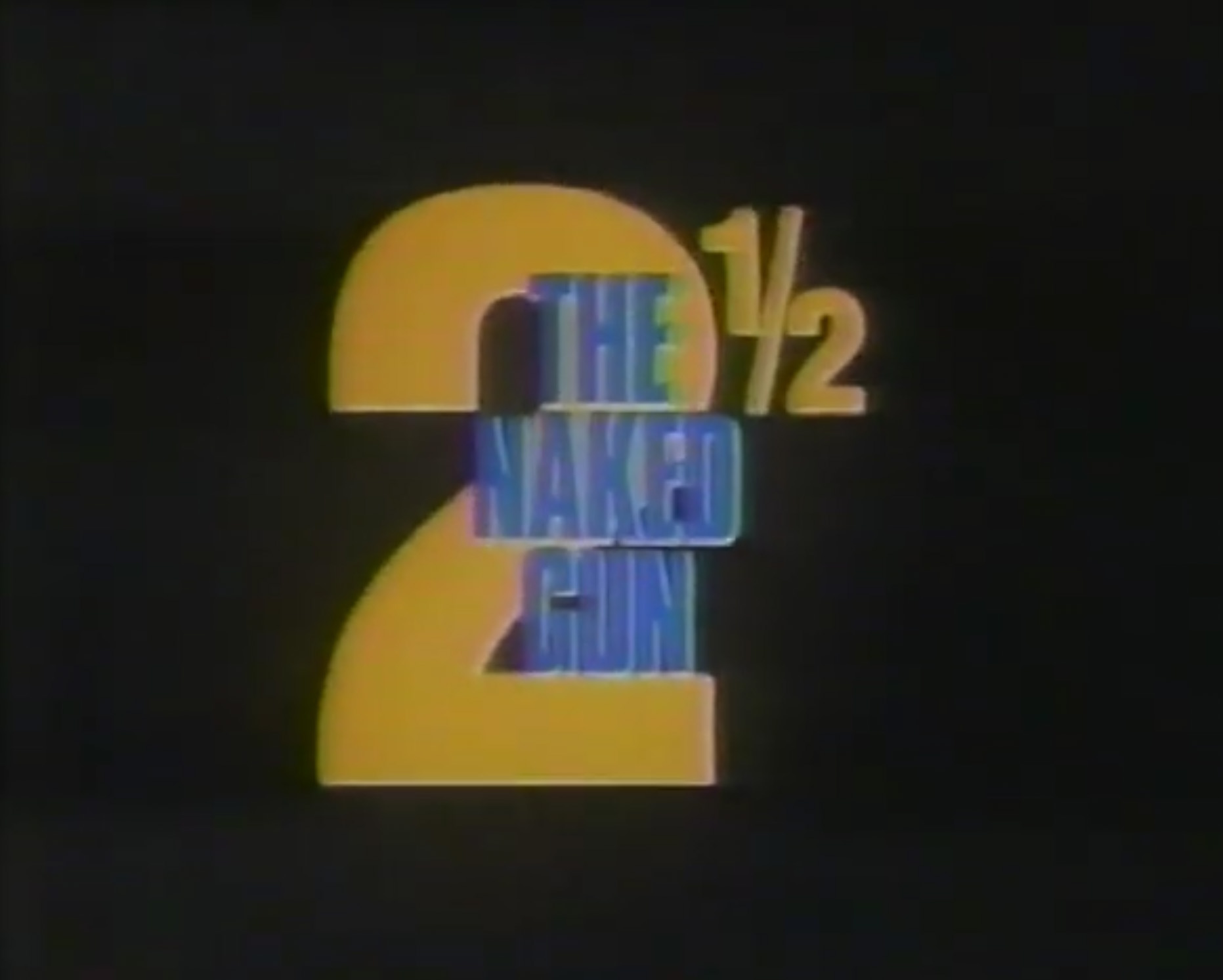 Invest with Charles Schwab, but don’t bring one of Abrams’ checks.

We then revisit Beach Brawl and the match between the Blackhearts and FireCat/Jim Cooper:

Summary: Showcase match for the Blackhearts with solid workrate, teamwork, and high-flying.

After the match, Luna mugs Fire Cat on the concrete floor before Dickinson stops her. Maniacal!

Order KNIVES for only $24.95 NOW! Considering the crime in NYC in ’91, getting these aren’t a truly terrible idea. 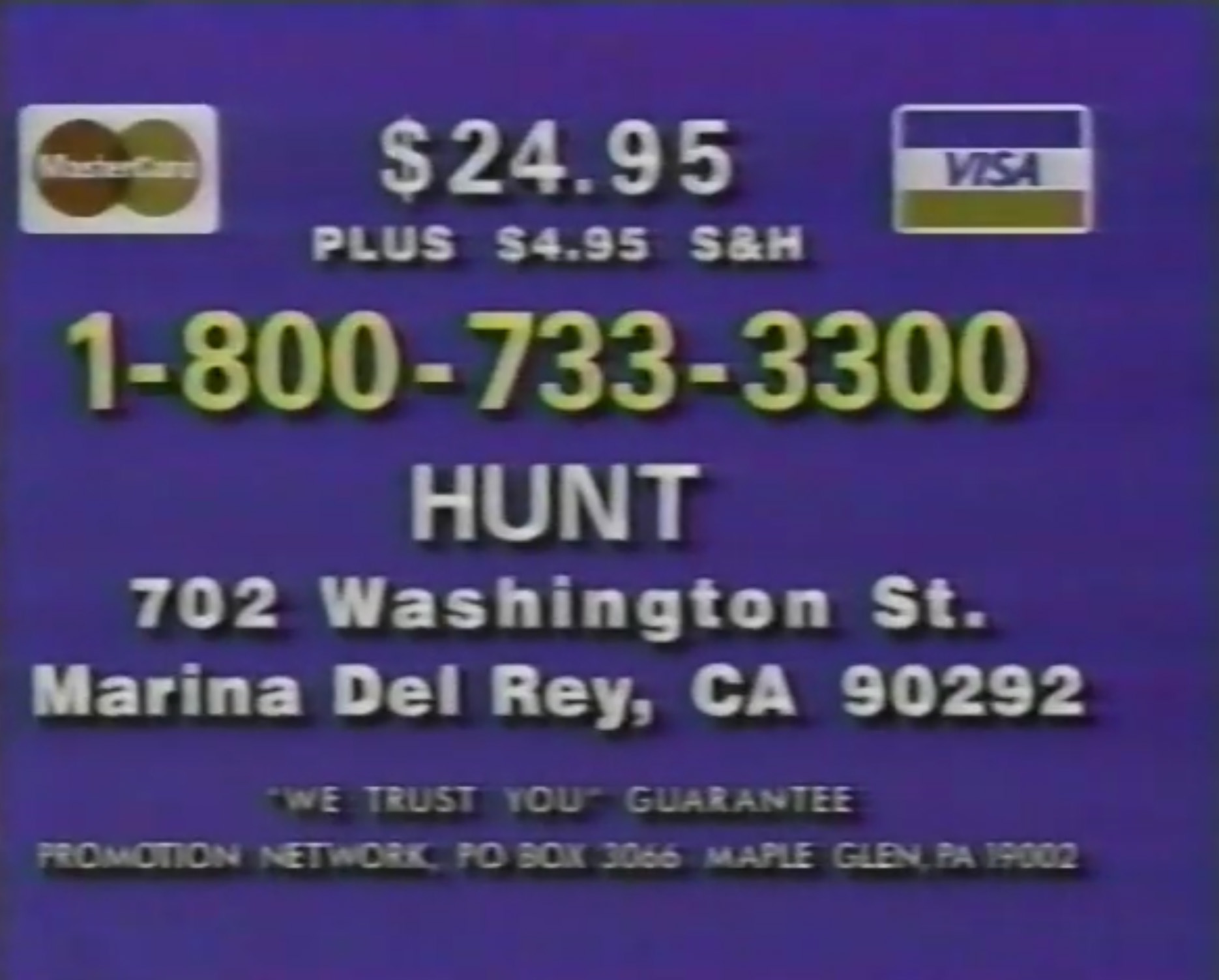 Brian Ricco and DeGeorge interview Luna and the Blackhearts., and she cuts a promo on Wet’n’Wild while deflecting direct questions to the Blackhearts and wearing her boa constrictor Samantha. 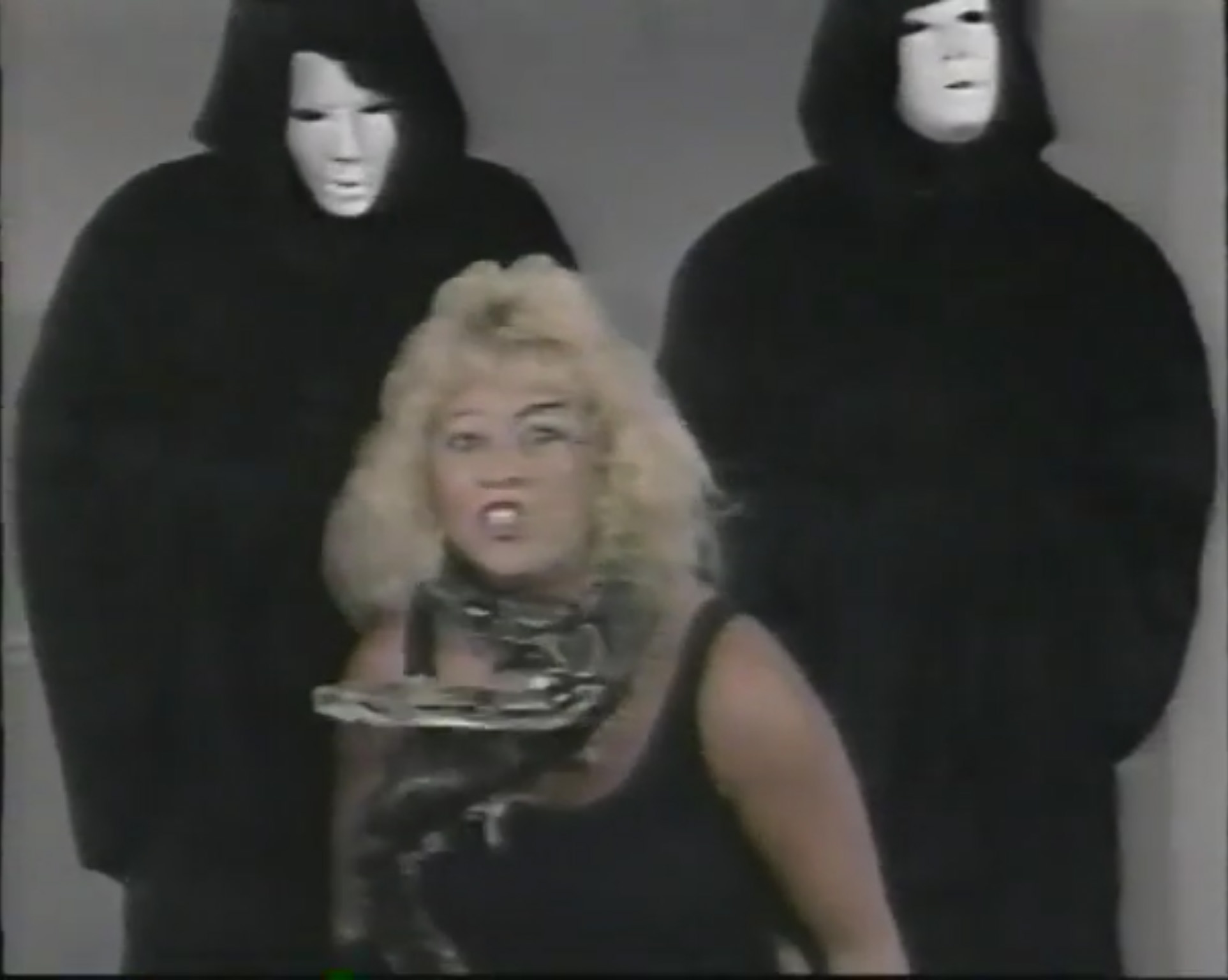 Get the Beach Brawl video! 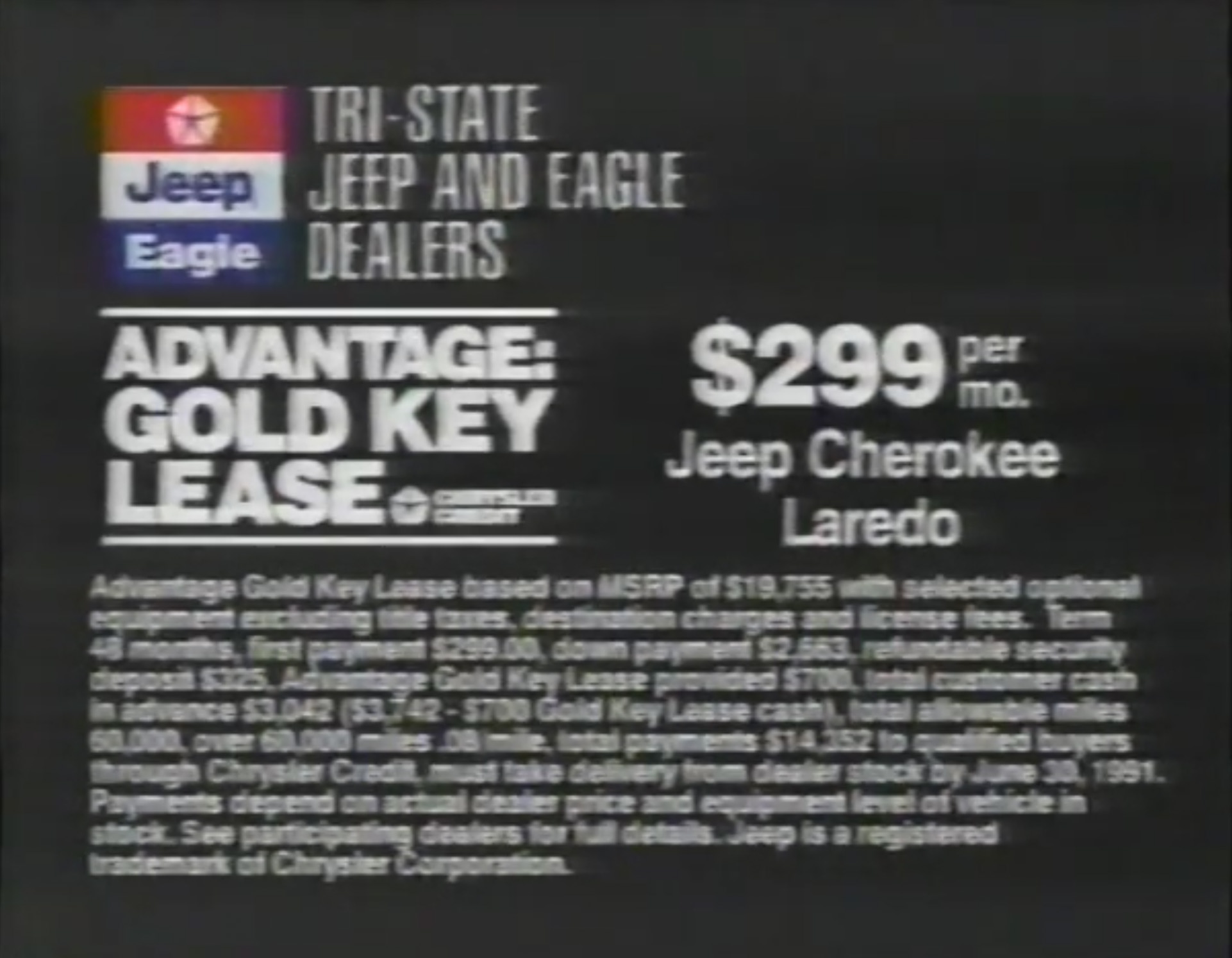 Catch the Mets as they face the Reds on Wednesday only on SportsChannel! Unfortunately, they lost 7-6. 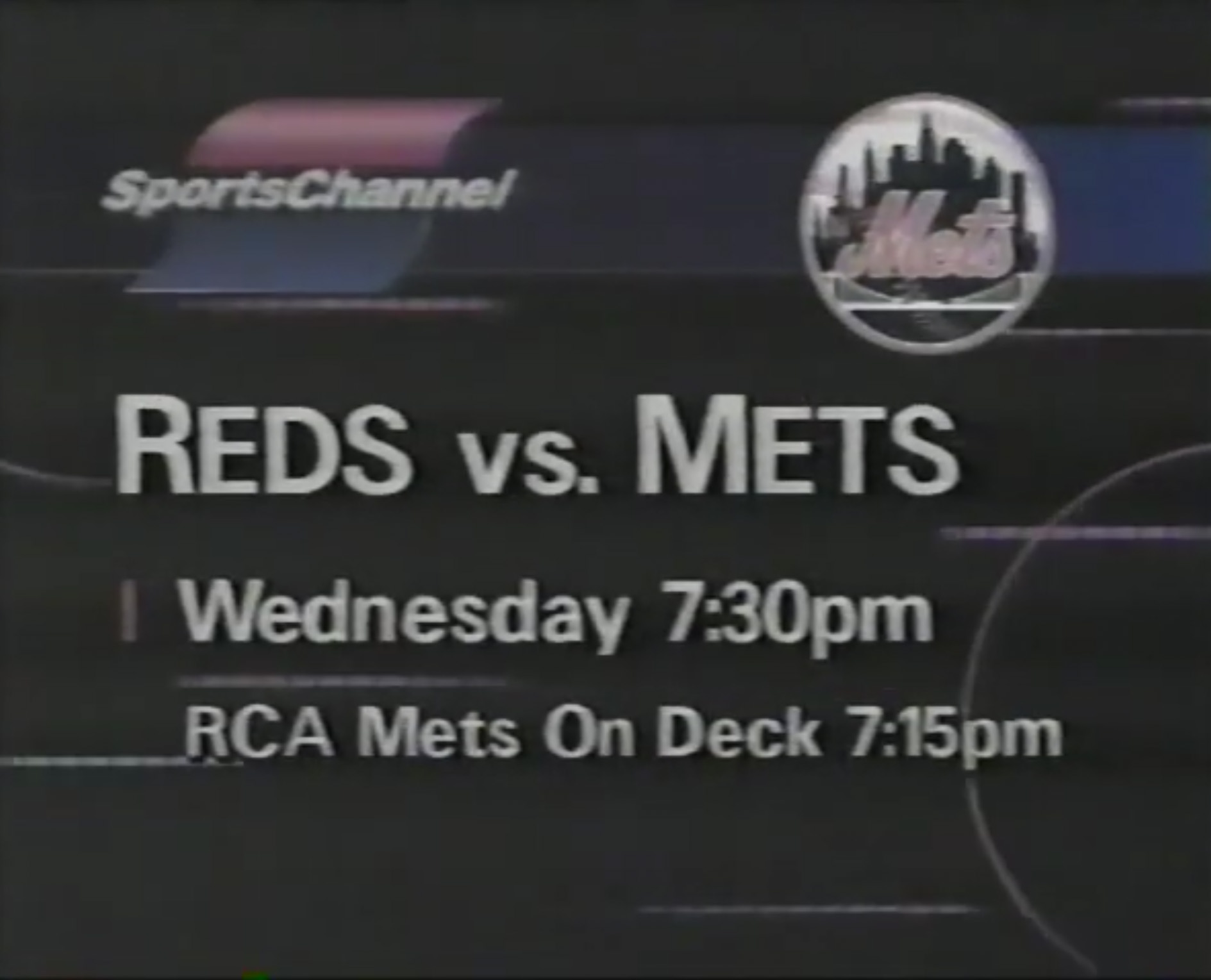 Watch Power Stick Pennant Chase on Thursdays only on SportsChannel! 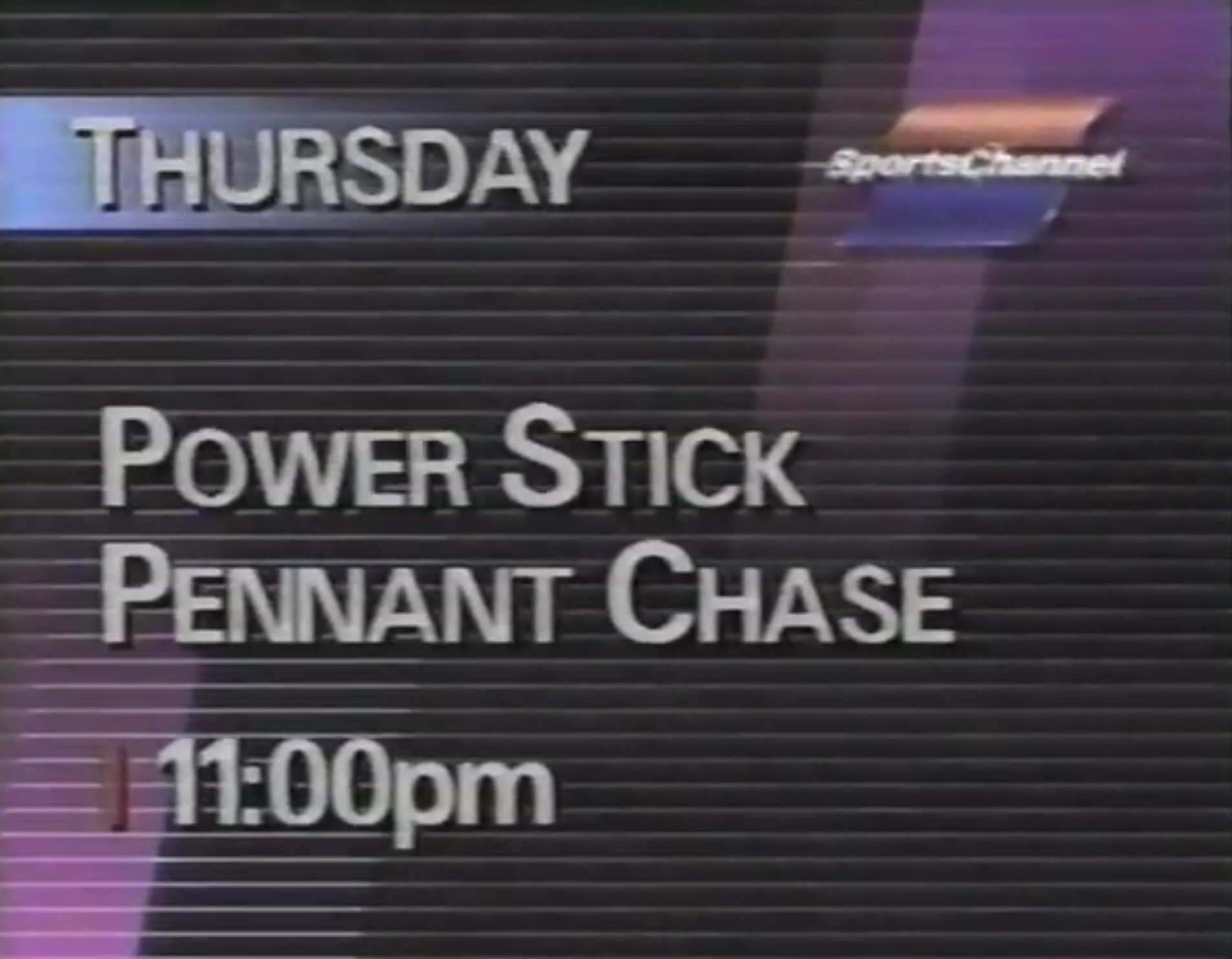 Reminder that more matches from Beach Brawl will be shown on Fury Hour in the coming weeks.

We then revisit Beach Brawl and the match between the Power Twins and Mass Confusion:

Match 3: Mass Confusion versus the Power Twins (w/o John Tolos)

Summary: Great bit of turning the tables on the Power Twins with the double switcheroo. Both the psychology by Mass Confusion combined with the tag formula made this an entertaining match. 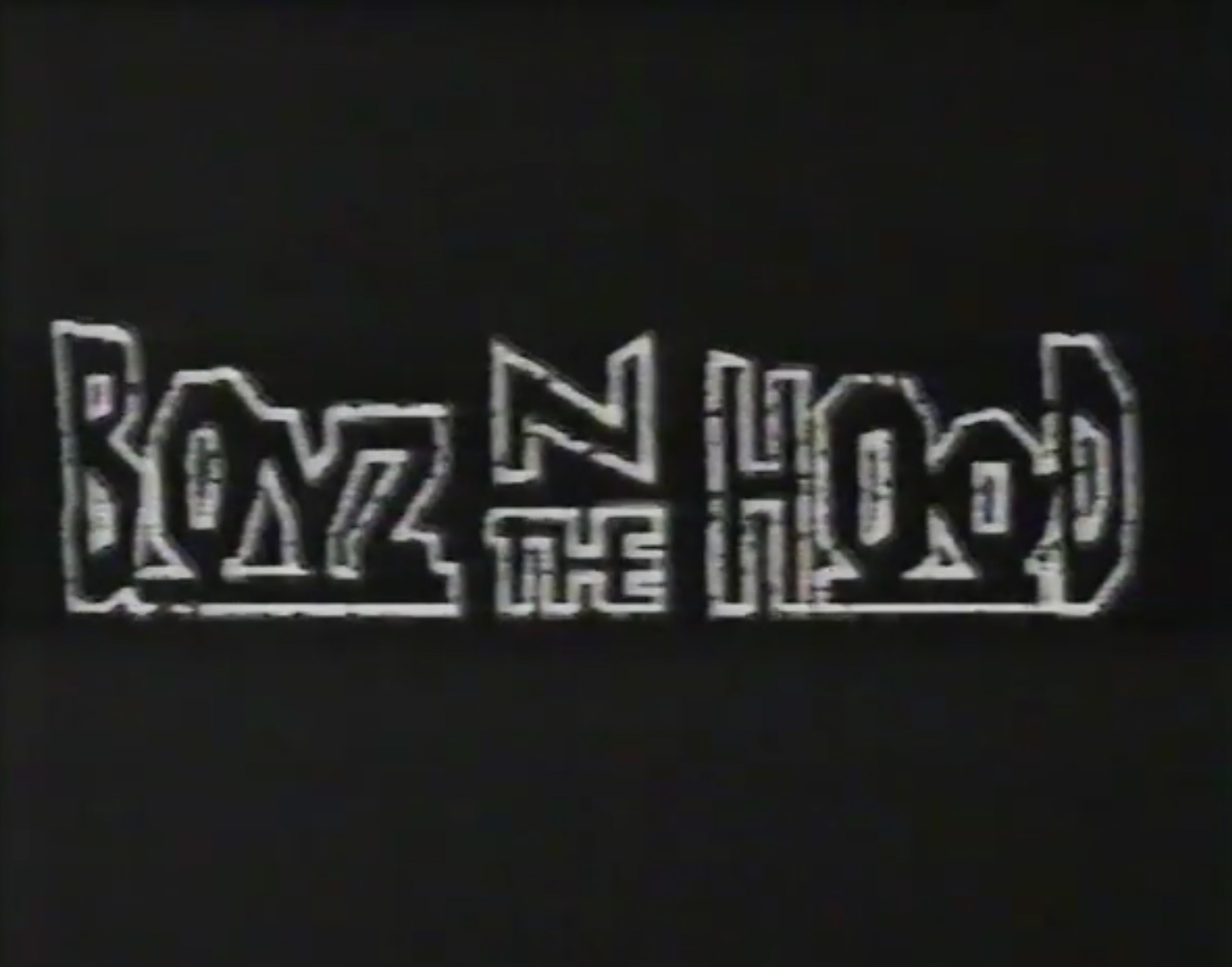 See the UWF LIVE in Fort Lauderdale on 7/13! 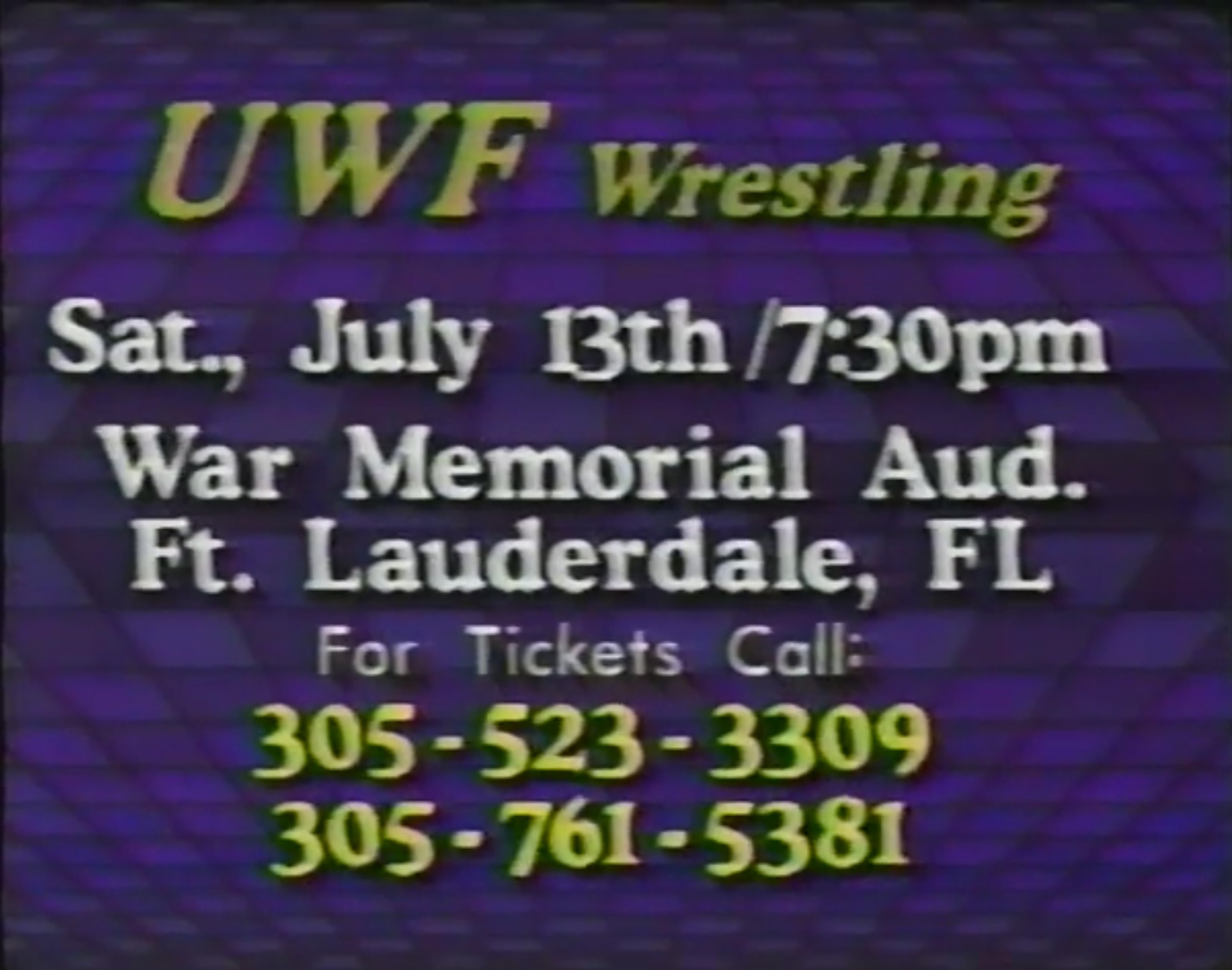 Ricco and DeGeorge interview the Power Twins who believe they didn’t lose at the PPV. They then cut a promo on the Blackhearts along with Wet’n’Wild and vow to win the tag team tournament. Is THAT what Abrams promised them? 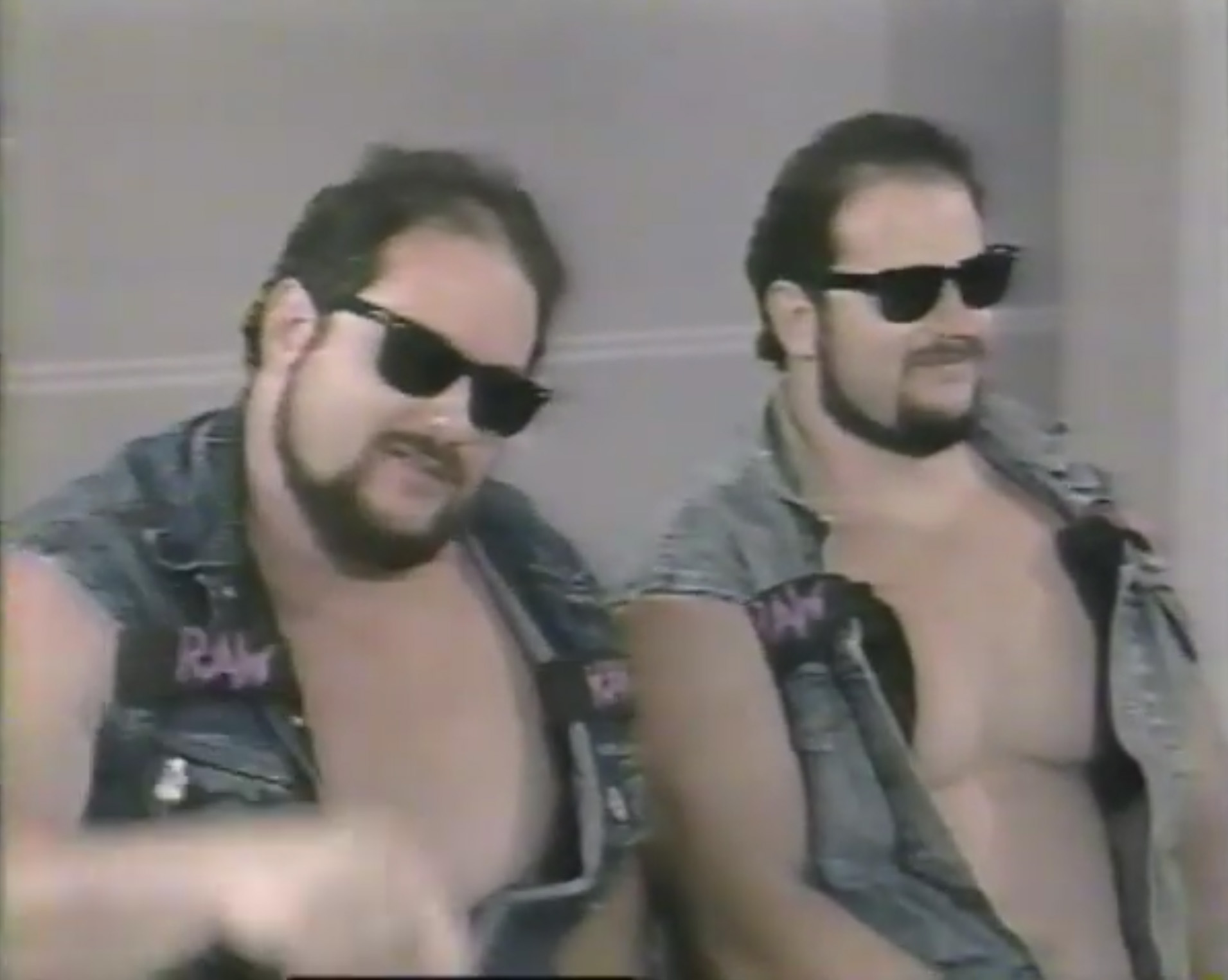 Order Crazy Calls for your answering machine for only $14.95! 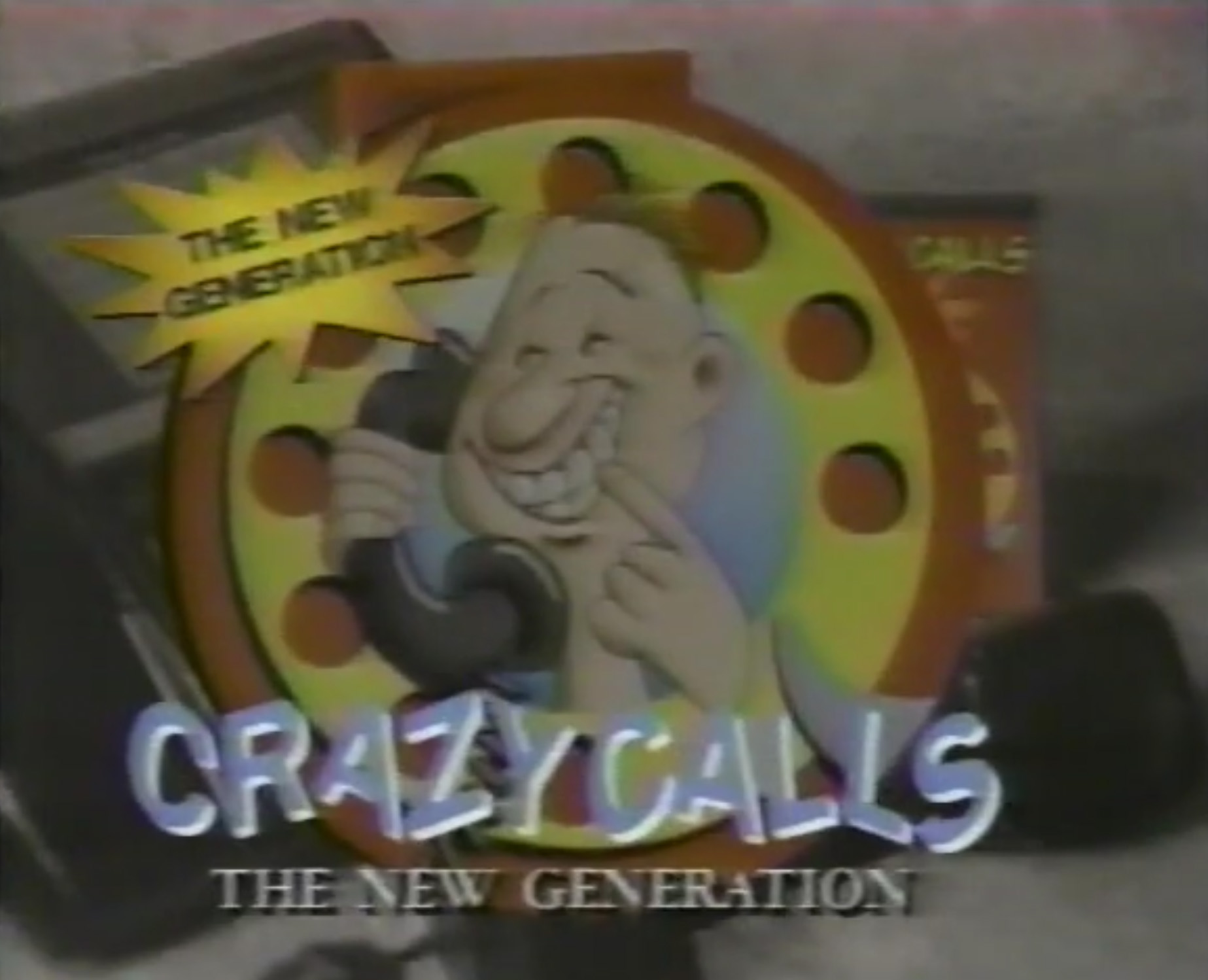 Plug #2 for the program and video!

Conclusion: Well, the matches were definitely better than what was being shown at the other TV tapings. The interviews were long, but both Luna and the Power Twins remained in character. Let’s hope part 2 is at least as good as this one is.