What in the blue hell happened between Wild Thing and Williams? Who will be in the tournament final for the UWF TV title? What’s DeBeers up to now? Who’s the newcomer? Let’s find out!

Herb Abrams welcomes us to another episode and runs down the lineup for tonight’s show. 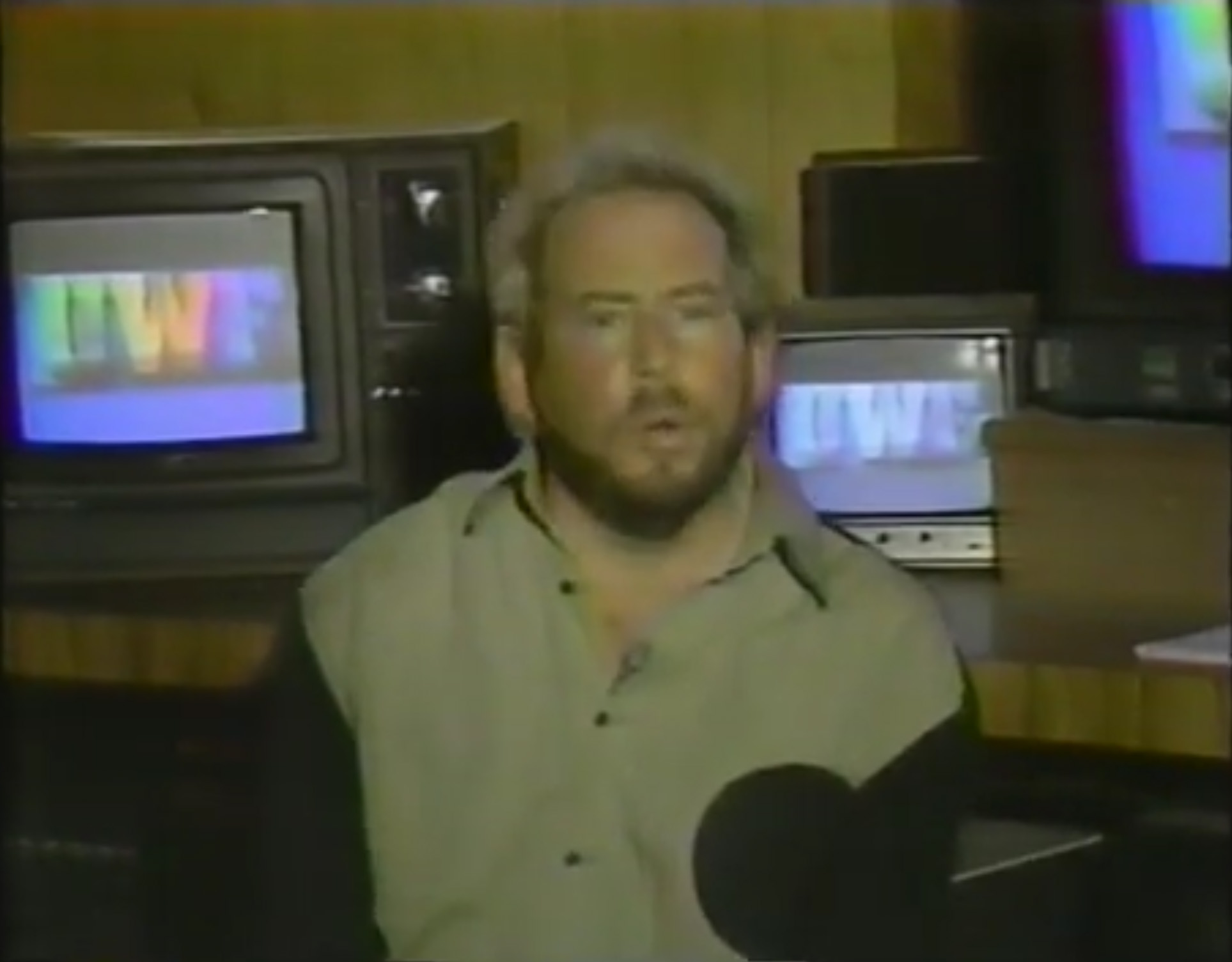 Plug for tickets for Beach Brawl on 6/9. Call NOW!

Summary: Not really a match but rather a brawl that hopefully leads to a PPV matchup.

Afterward, they brawl into the NYC faithful, and Muraco makes Gordy HIT THE POLE. 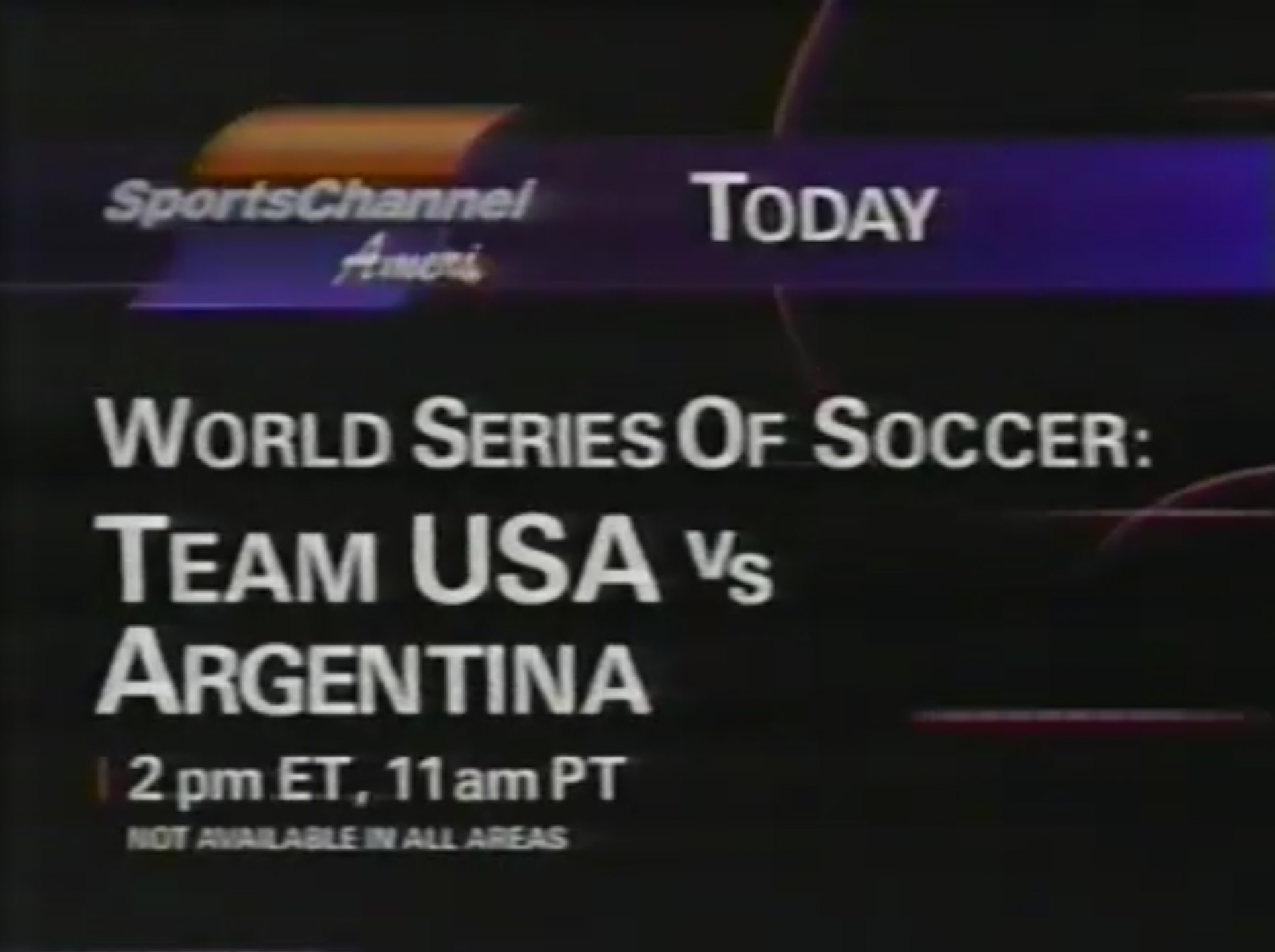 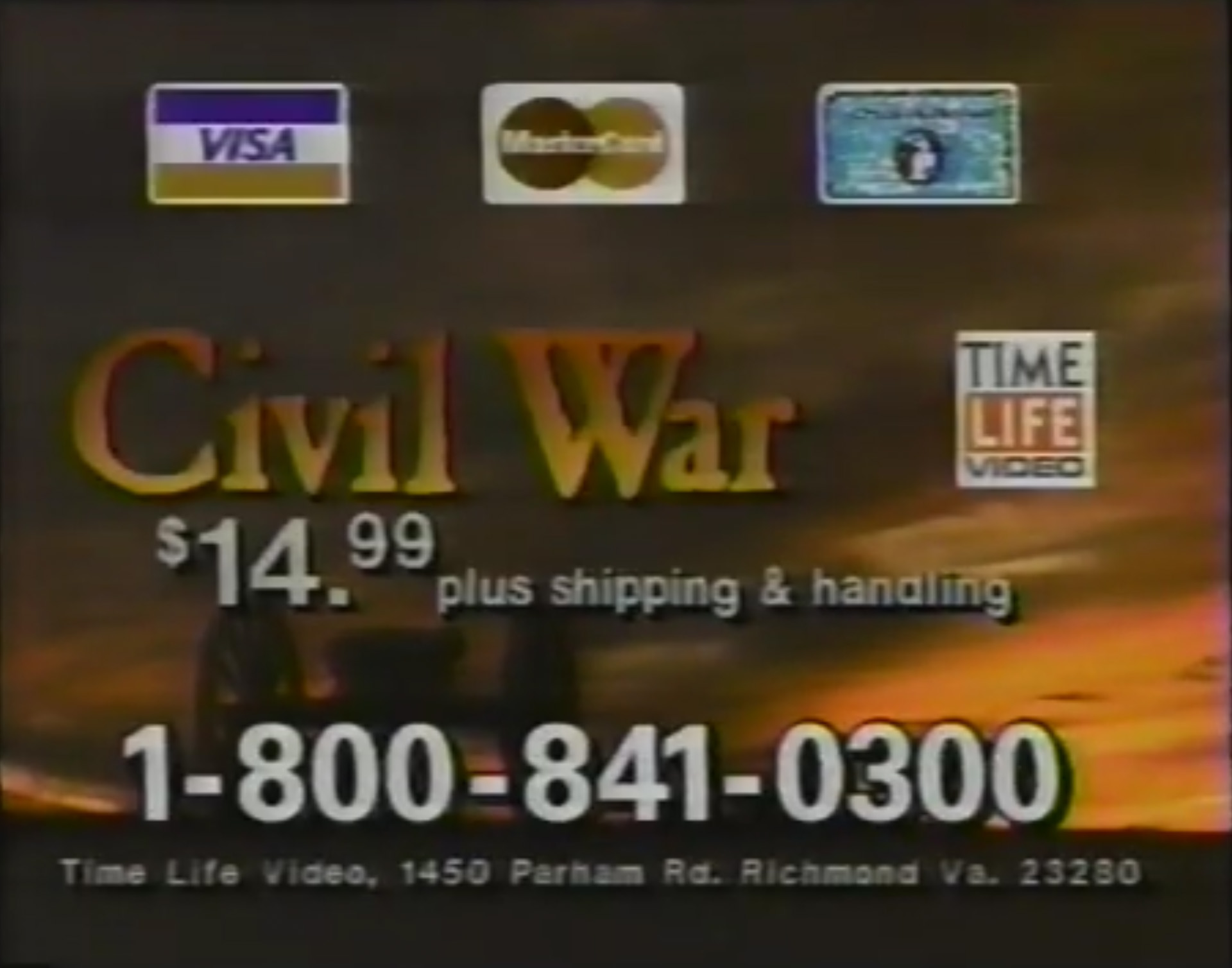 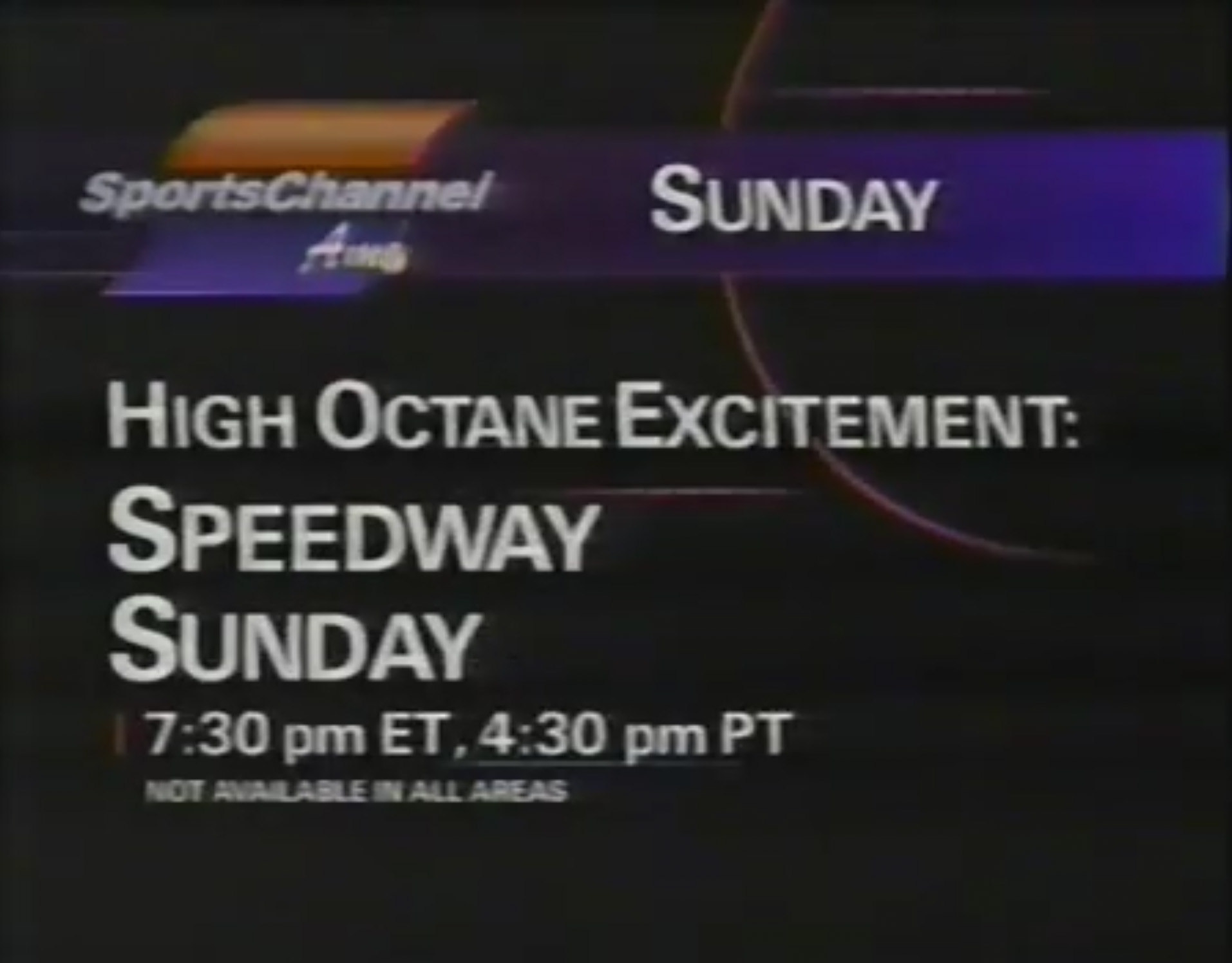 DeBeers along with Mr. Black claims to be an “equal opportunity employer” while treating Black as his butler. 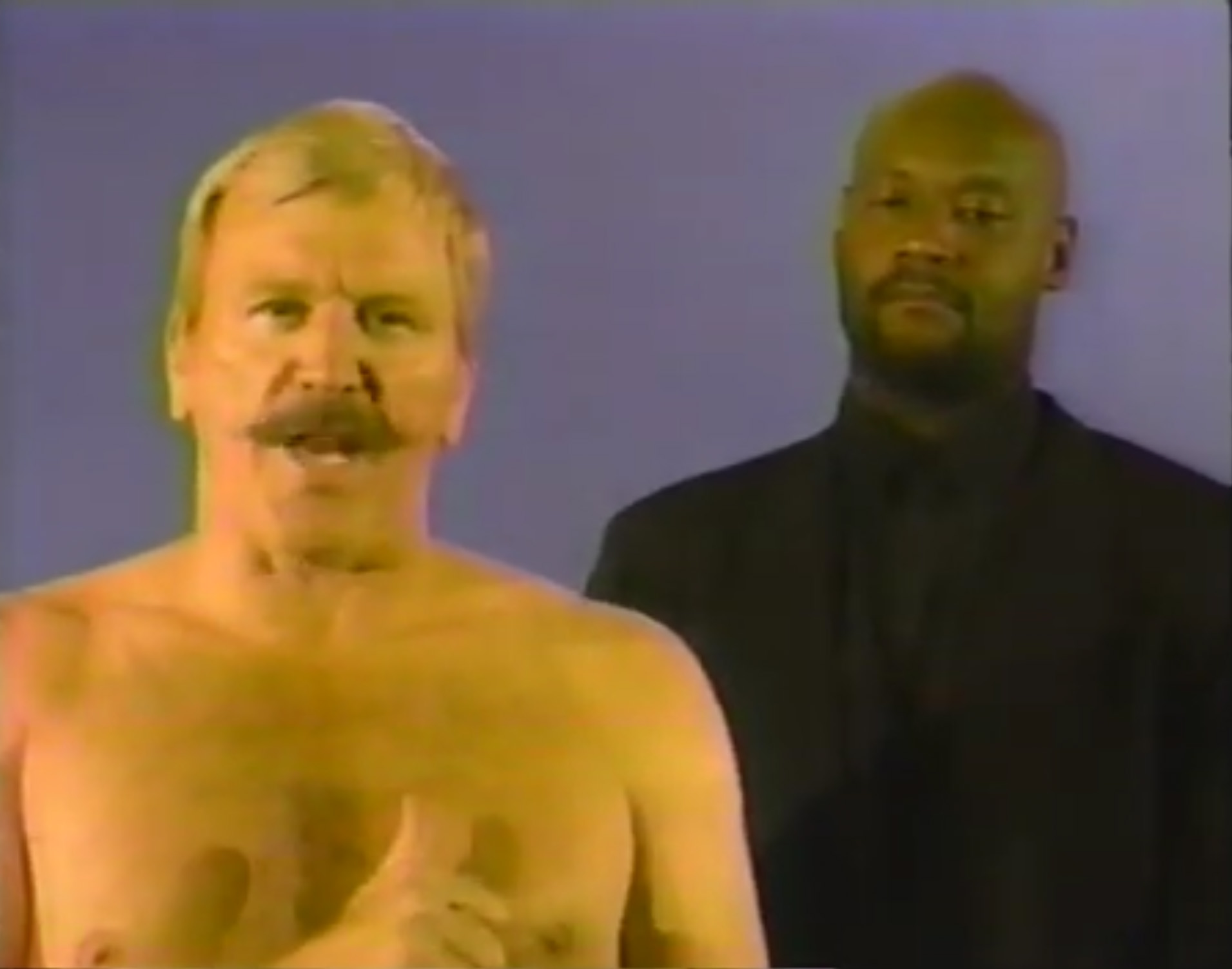 Summary: More heel chicanery by DeBeers to maintain his character.

Catch the UWF LIVE on 6/7 in Ft. Lauderdale! 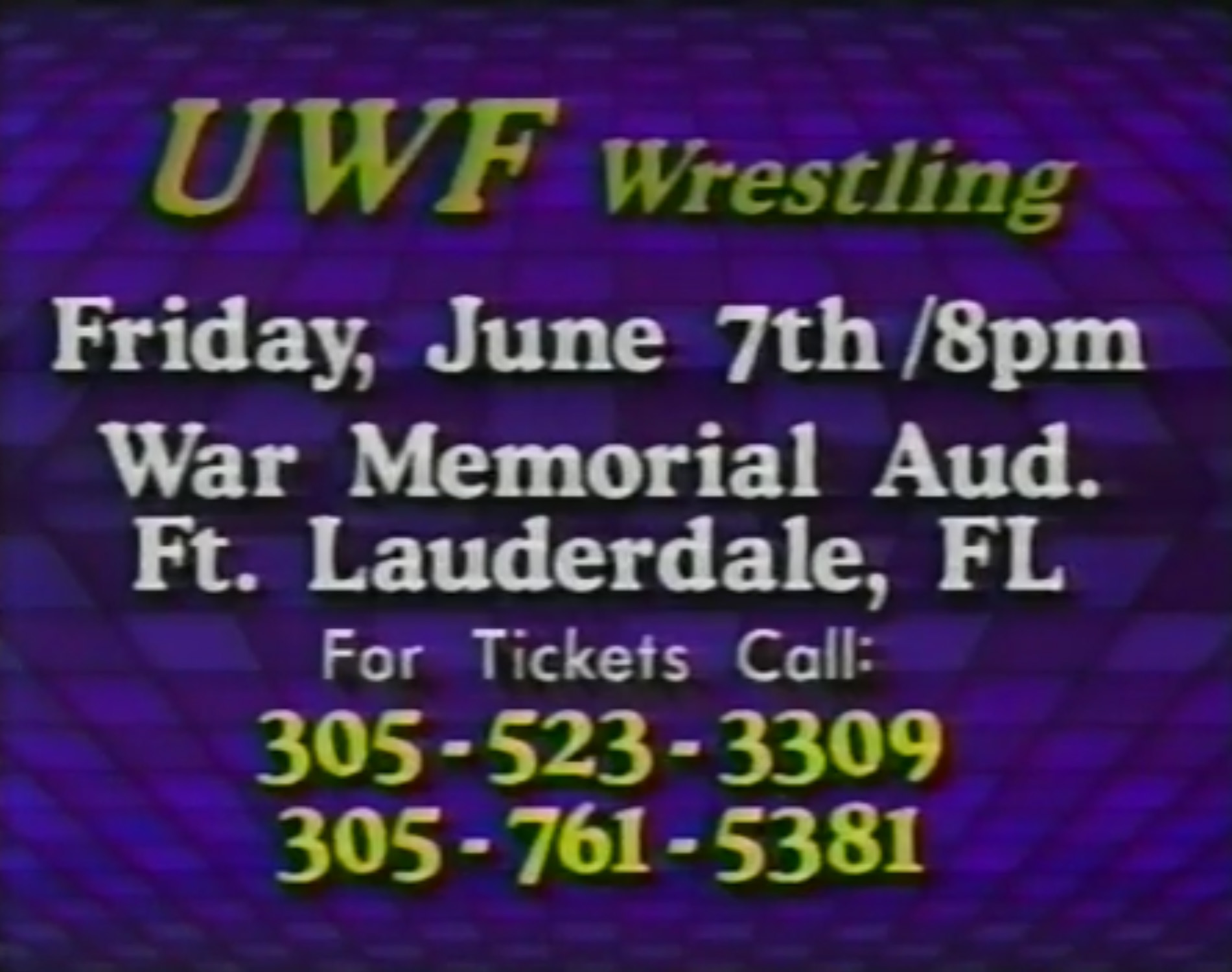 Summary: Business-exposing match where Williams apparently lost it when Wild Thing potatoed him.

After the match, Abrams enters the match to tell Wild Thing something, so a BUSTED OPEN Wild Thing swings, um, wildly at him but misses. Next, Wild Thing shakes Williams’ hand Sportsmanship!

HOT TAKE: Internet lore has some fascinating rumors about this match:

UPON FURTHER REVIEW: Wild Thing committed an absolute no-no by potatoing Williams. If Williams was a call-the-match-in-the-ring type, then Wild Thing should have followed his lead step-by-step. Instead, he inadvertently and improperly kicked Williams. Since Williams owed him a receipt, he taught Wild Thing a lesson. Abrams had financial investment in Wild Thing going forward, so he went to check on him. A dazed Wild Thing swung at him without thinking. Nevertheless, Abrams continued to employ Wild Thing regularly following the incident, so I do not believe there was animosity between them. If Wild Thing is reading this and has further insight, please drop me a line. 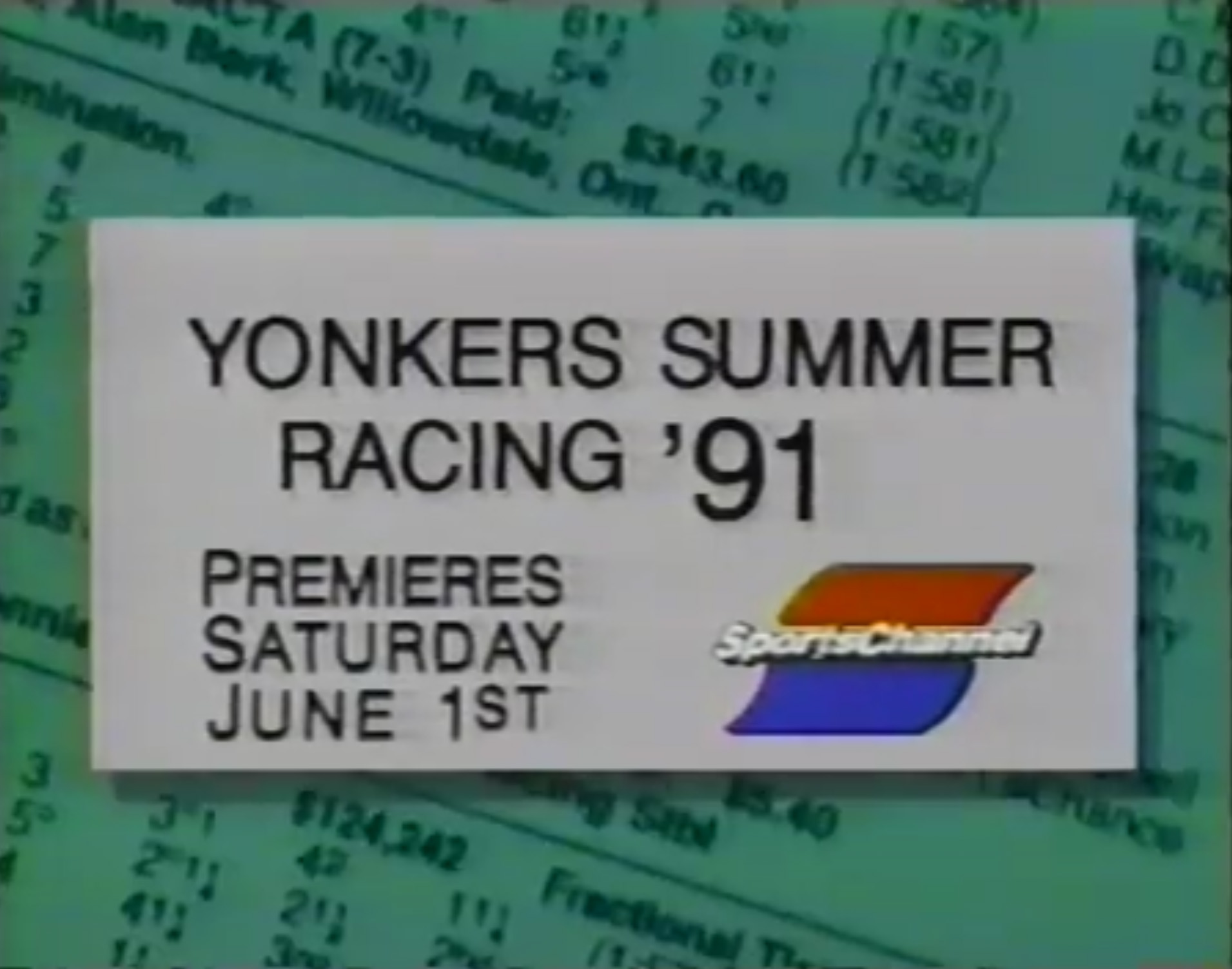 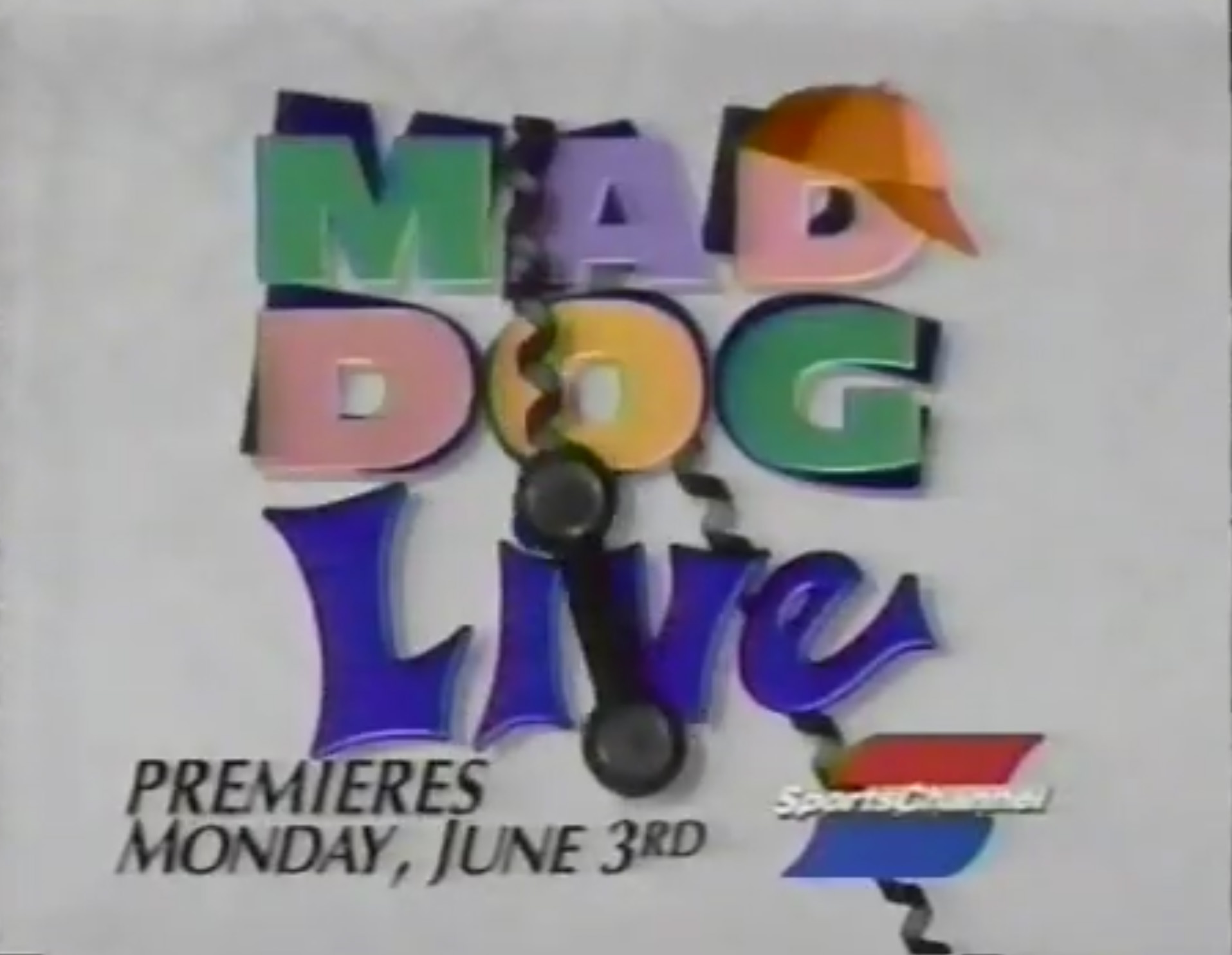 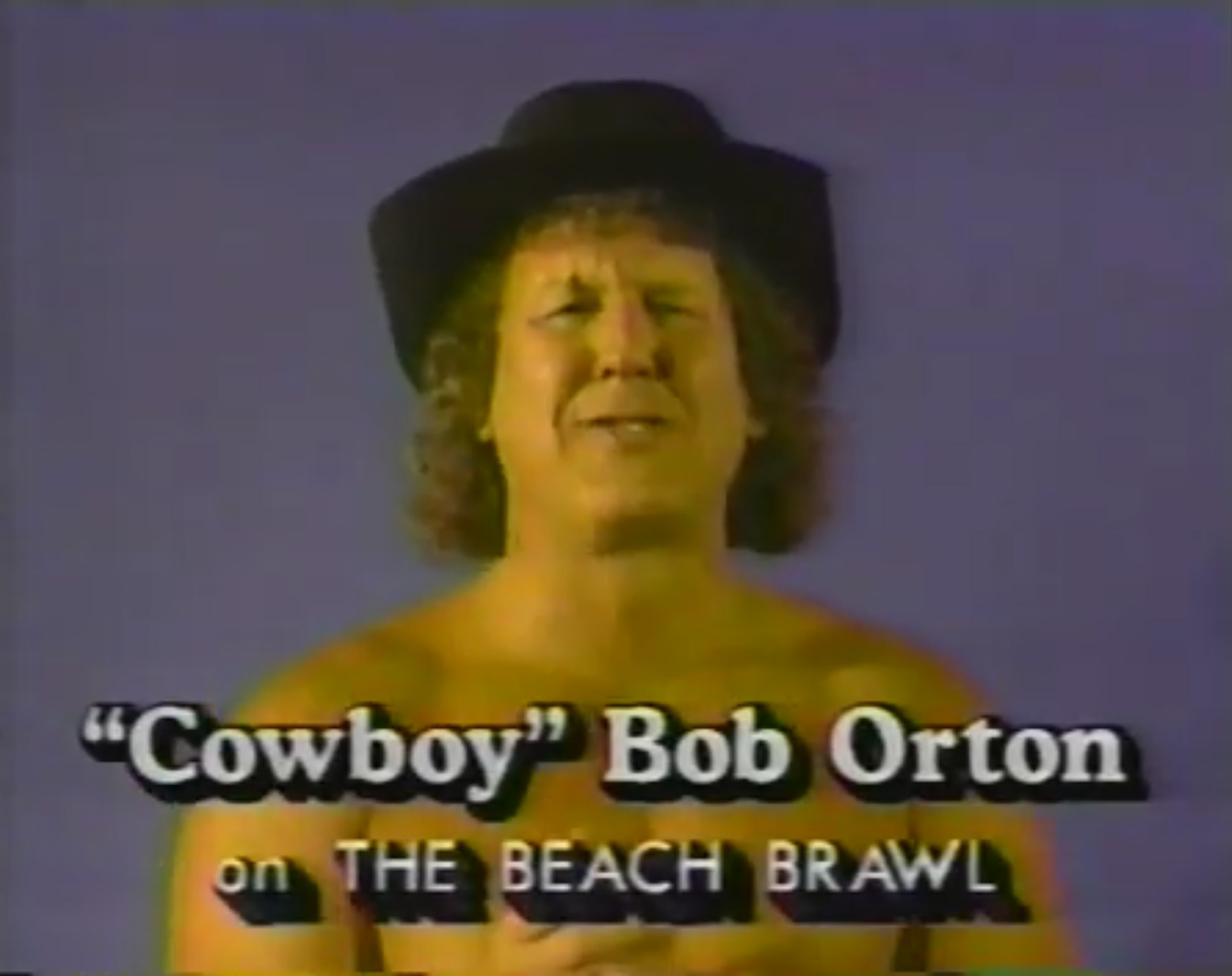 Summary: Clever switching by the Power Twins made for a decent story, but the heel DQ was inevitable.

After the match, the Power Twins and Tolos triple-team Blair until Jim Brunzell rushes in to save his former tag team partner. I smell a tag match at the PPV.

Subscribe to National Review and find out what conservative pundits spew to the public. 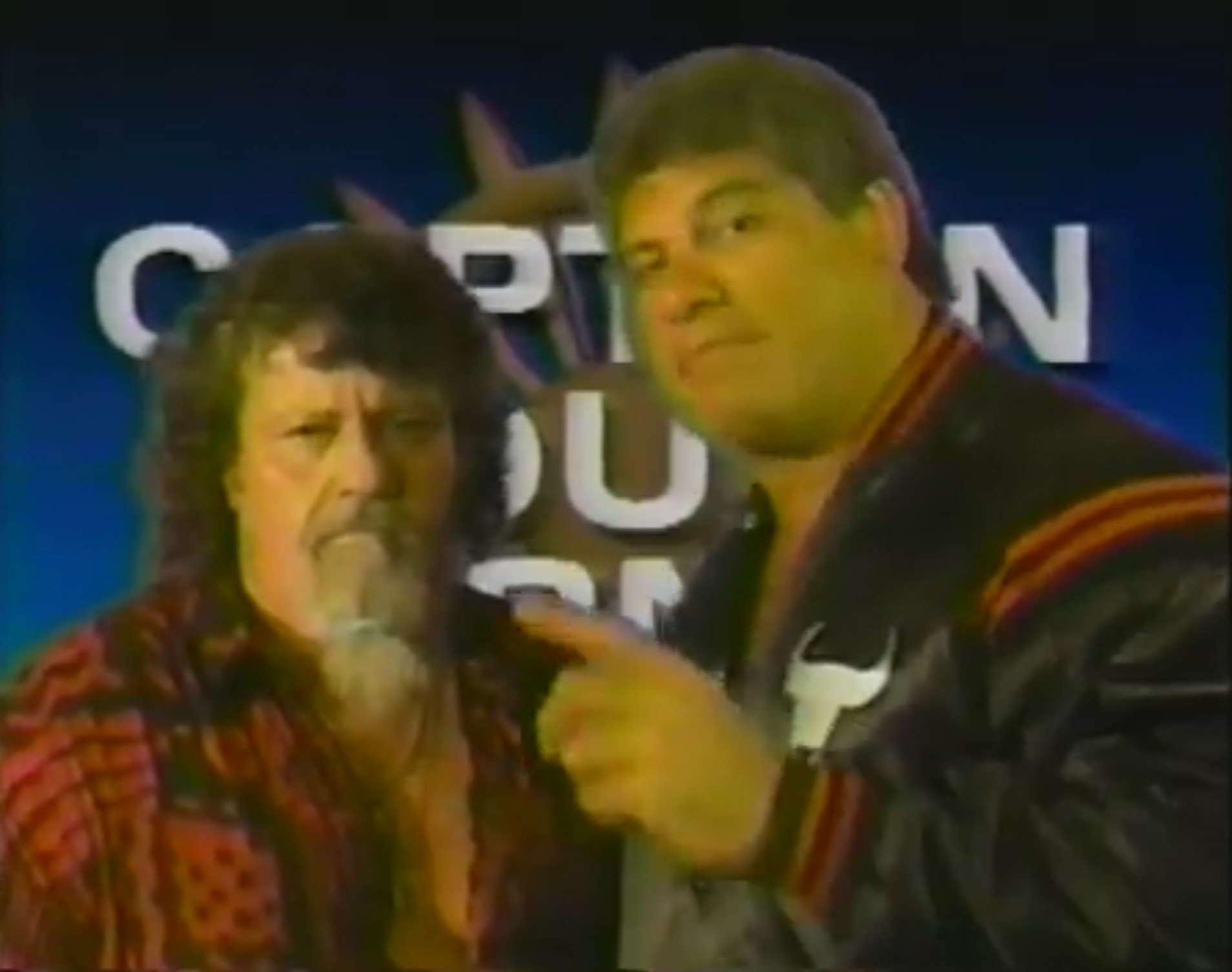 Match 5: Joshua Ben-Gurion versus the Beast

Get Flex CTS from your local sports retailer today!

Check out City Slickers in theaters in June.

Muraco shills the PPV while cutting another promo on Gordy.

Speak of Gordy, and he rebuts.

Abrams details that Cactus Jack failed to appear forfeiting his match against Bigelow. Through careful research, I discovered that Cactus wrestled David Sammartino for TWA that night. The airline? 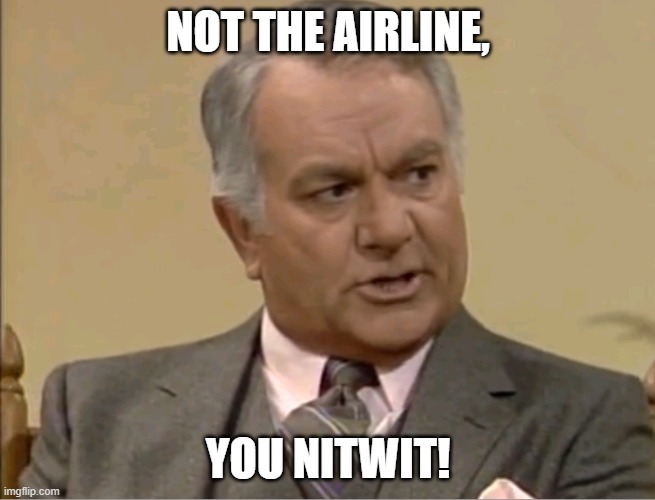 Nonetheless, Bigelow will face Williams in the tournament final at the PPV. 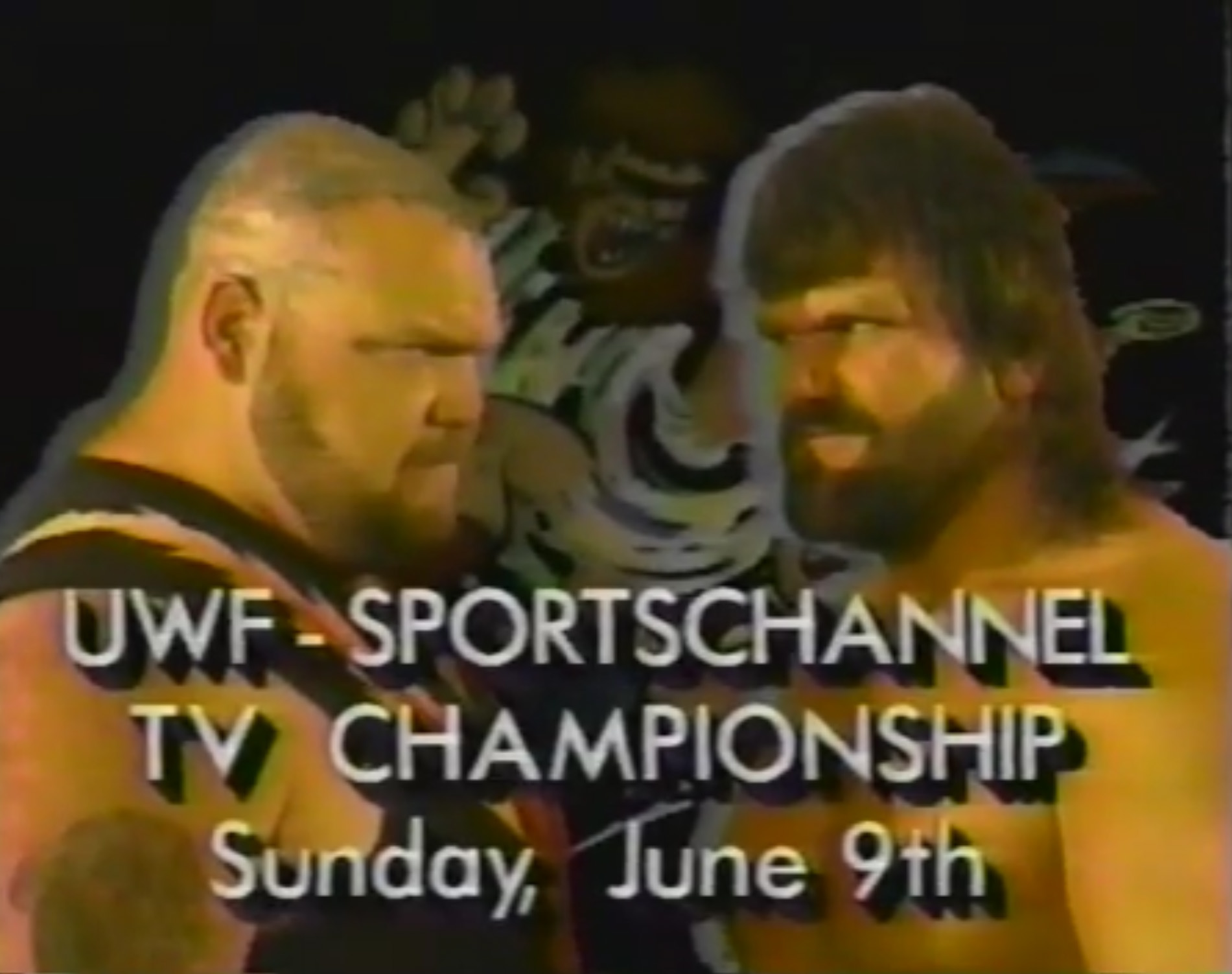 In lieu of a main event, footage of wrestlers holding back Williams as an irate Bigelow tries to get to him. They can’t control the chaos as Bigelow and Williams scrap at ringside.

Bigelow cuts a promo on Williams. 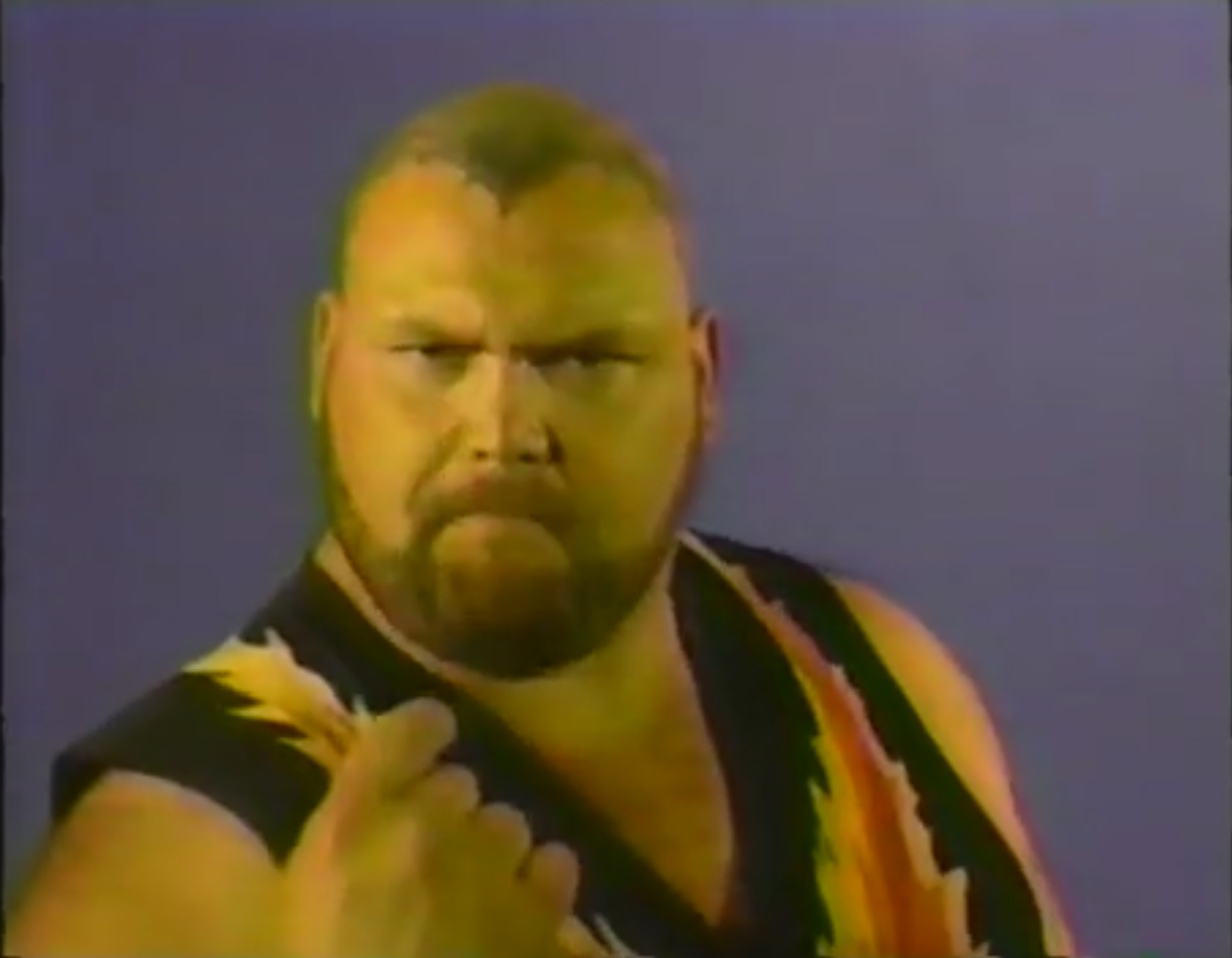 Speaking of Williams, he rebuts. 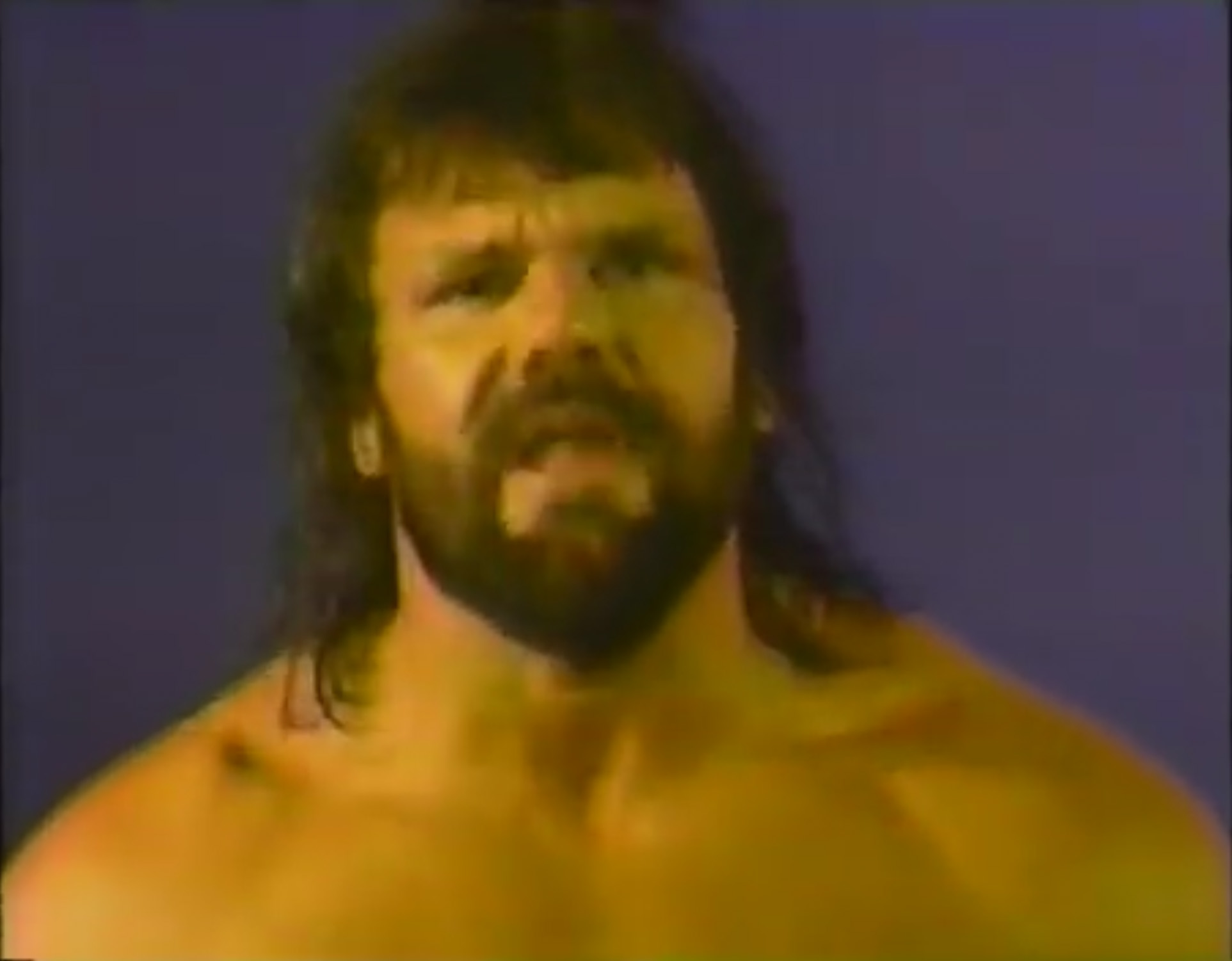 Get The American Dream Comes to Life, or you’ll have to pay Mantle’s unpaid bar tabs.

Plug #5 airs for tickets to the PPV.

Conclusion: Inching just a bit closer to the PPV, this show had a lot more action in it than prior episodes. I’d call that a good thing if you can tolerate all the promotional nonsense.

Next week, the Power Twins and Wet’n’Wild square off!