Can Orndorff and Williams settle their differences in a lumberjack match? What else does Herb have up his sleeve? Let’s find out! 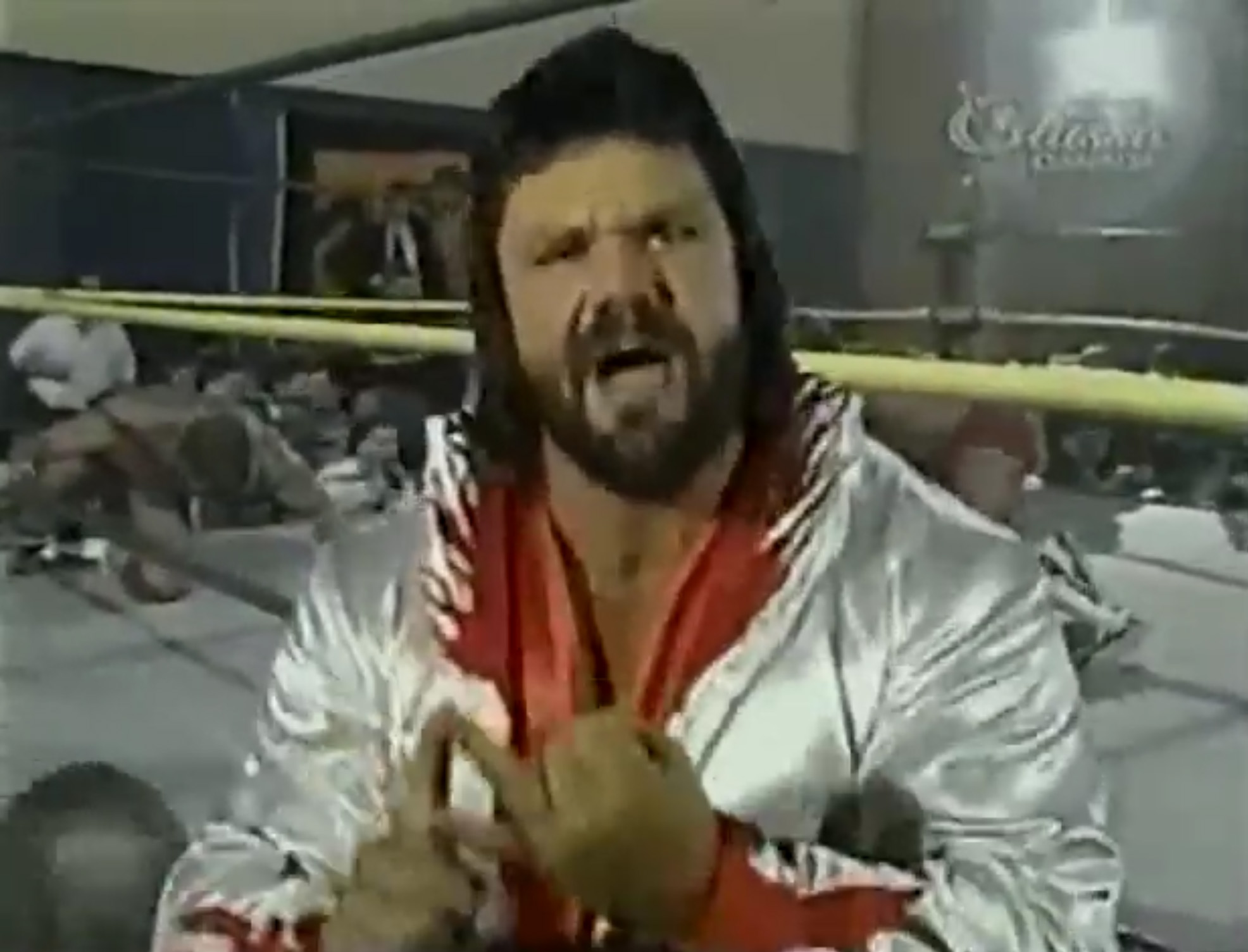 At ringside, Herb Abrams interviews Muraco who’s ready to be a lumberjack for tonight’s main event. 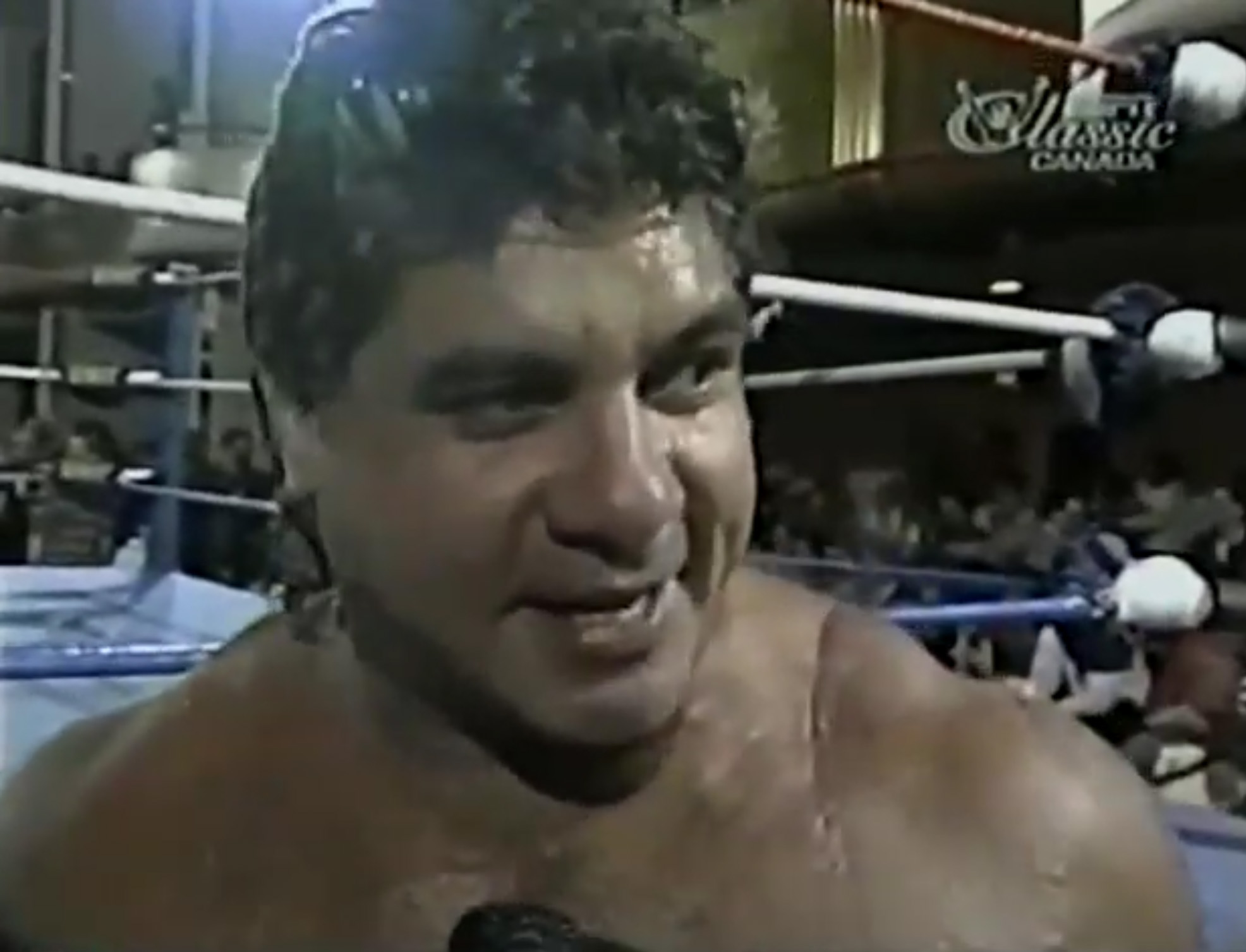 Unlike previous episodes, there are no commercials. Sorry to disappoint those expecting magazine subscription and scam 900 number ads. 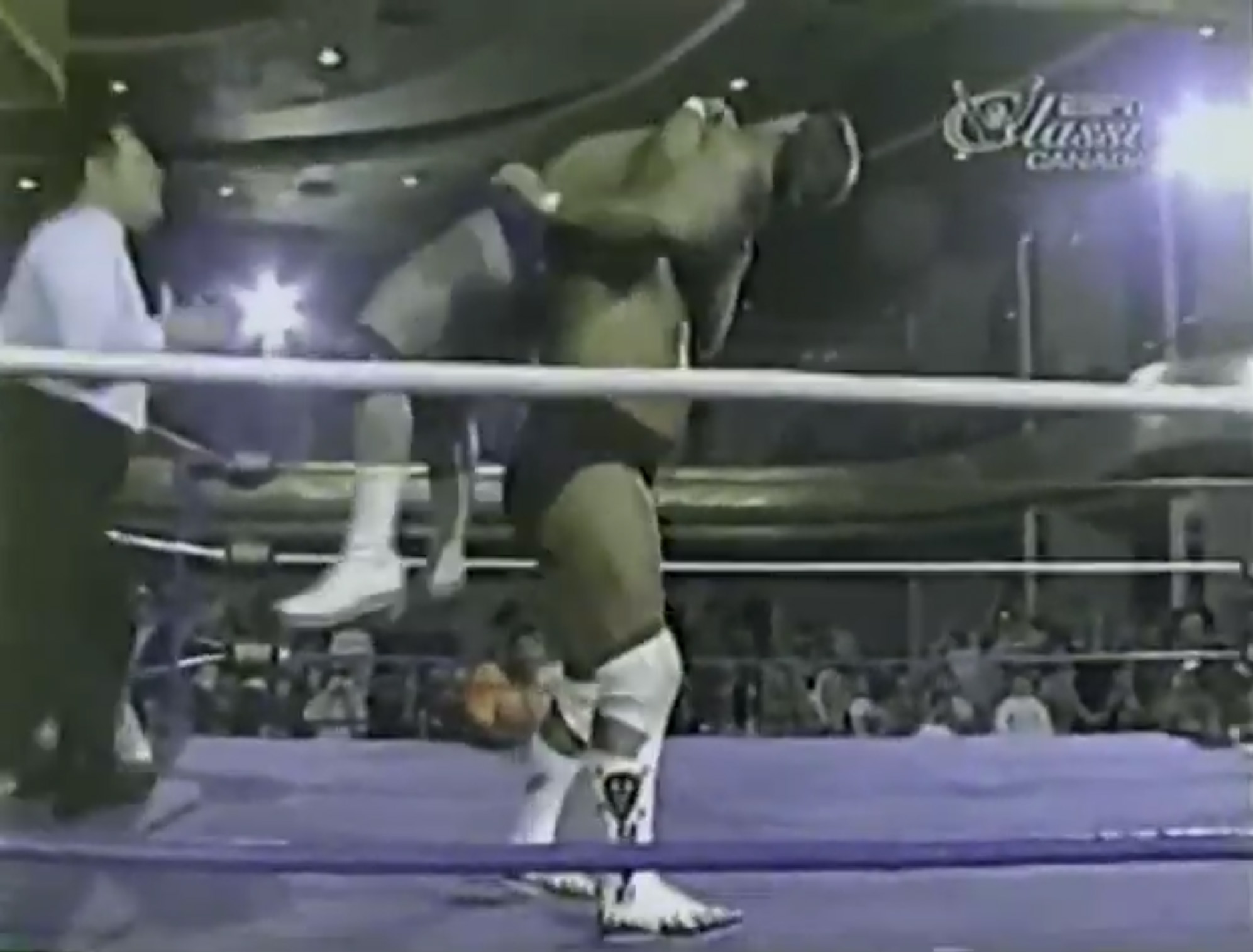 Summary: Seriously, how can you fuck up a lumberjack match? While the action kept the NYC faithful engaged, the in-ring interference was unnecessary, and a loser should have gotten pinned.

After the match, Abrams interviews Orndorff in the ring. Since Orndorff agrees with the NYC faithful on the SHITTY outcome, he wants a “cage match”! He then urges the NYC faithful to vote for the cage and cuts a promo on Williams. As he stresses Abrams’ powerful position within the UWF, Orndorff says “enough is enough.” At least, there’s more to come with this feud. 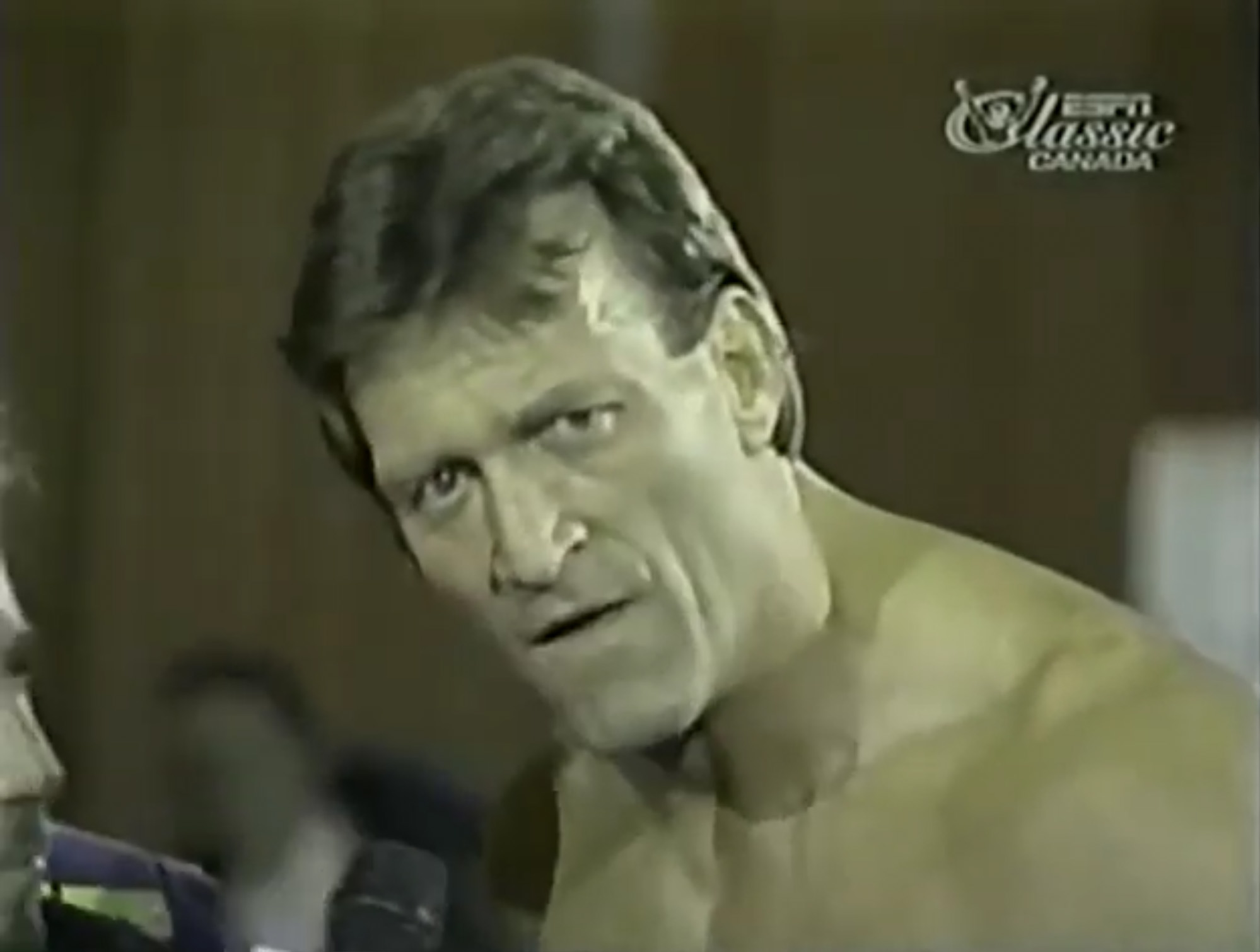 Following a commercial break, Abrams informs us that the steel cage match is set for March 10 at the Penta Hotel. Get your tickets NOW!

ASK THE WRESTLERS: A letter to Tolos: 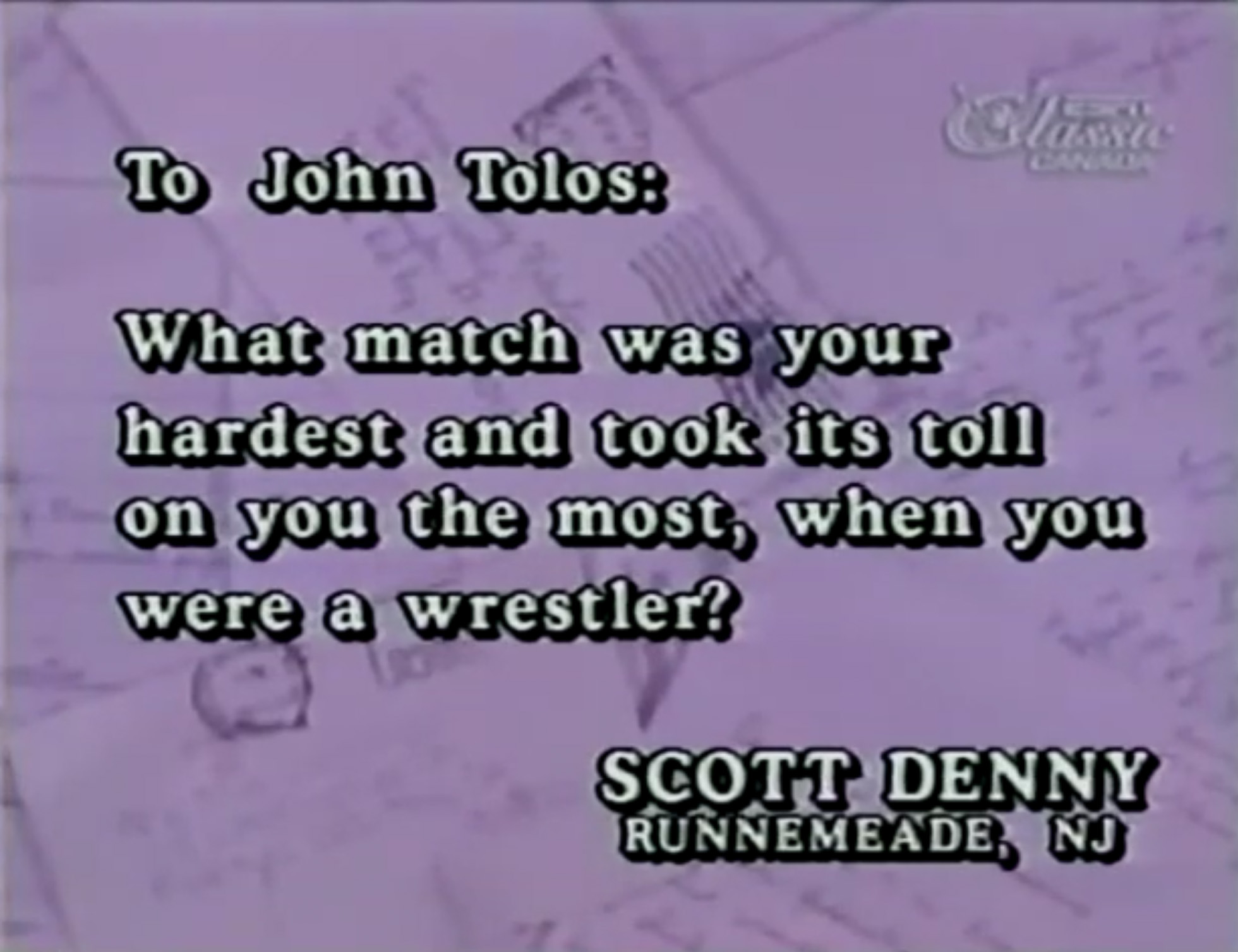 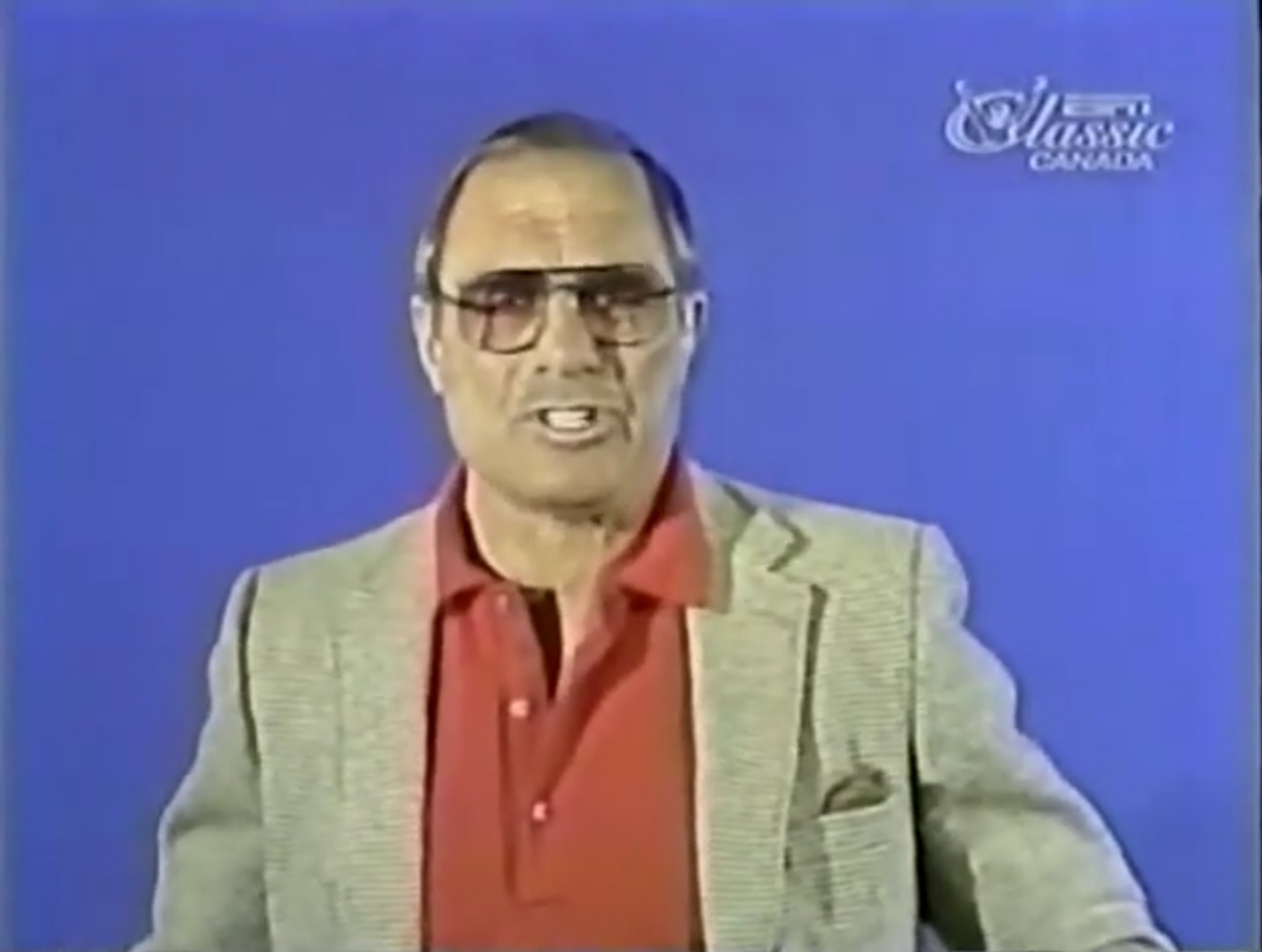 Match 3: B. Brian Blair (w/o Honey) versus the Beast

CAPTAIN LOU’S CORNER: Albano interviews Wet’n’Wild, and it’s patently obvious that this segment should have aired last week before their debut match. 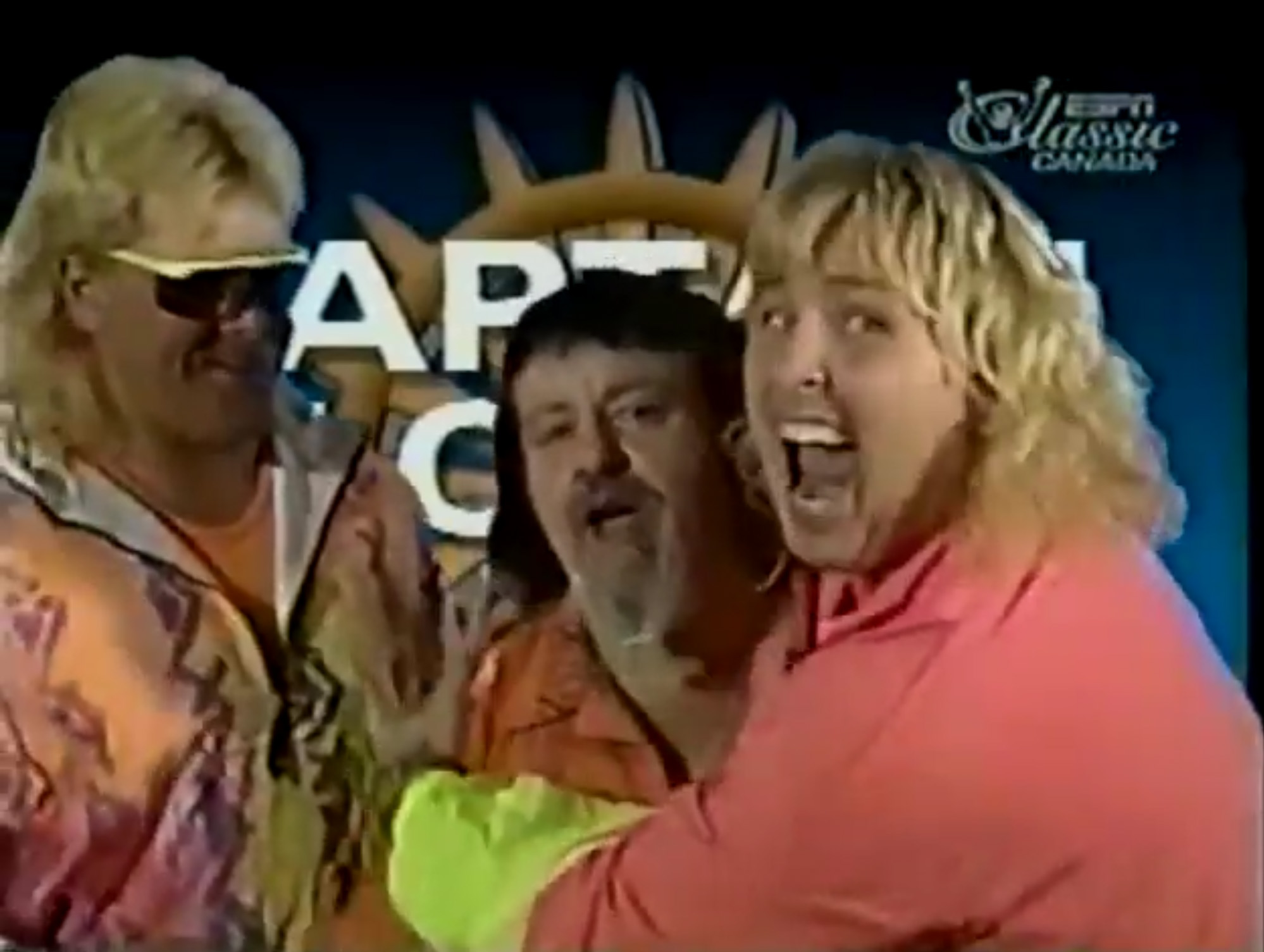 Following a commercial break, Abrams kills time by interviewing members of the NYC faithful. I’m certain that this couldn’t have been done live at this point in the taping. 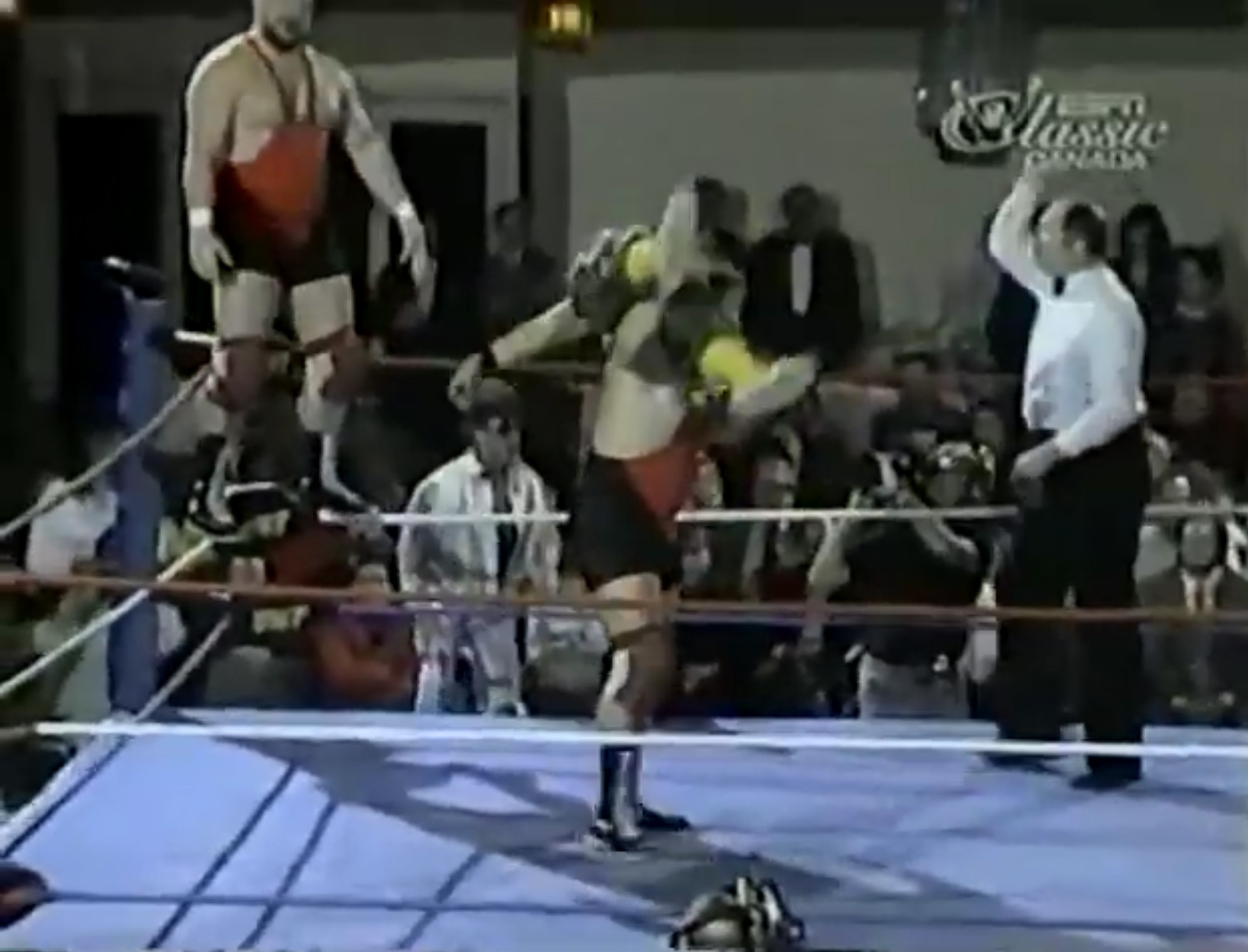 Summary: Showcase match for the Power Twins as Brandi barely tagged in.

After the match, Golden, who resembles Bud Bundy in frame and costume, applies an airplane spin to Michaels with his team’s help. 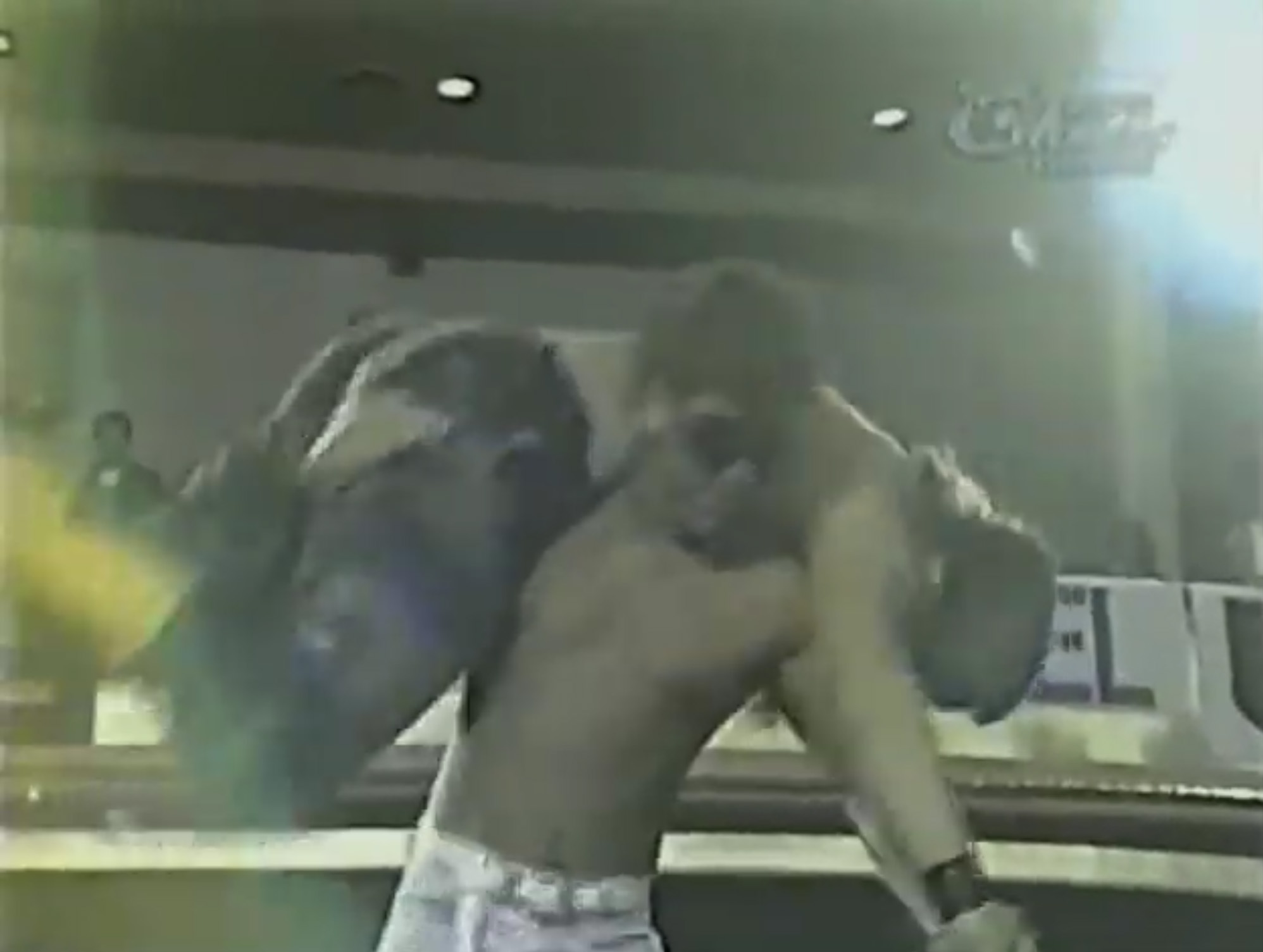 After the match, Abrams interviews the Power Twins with Golden who want another crack at Wet’n’Wild. 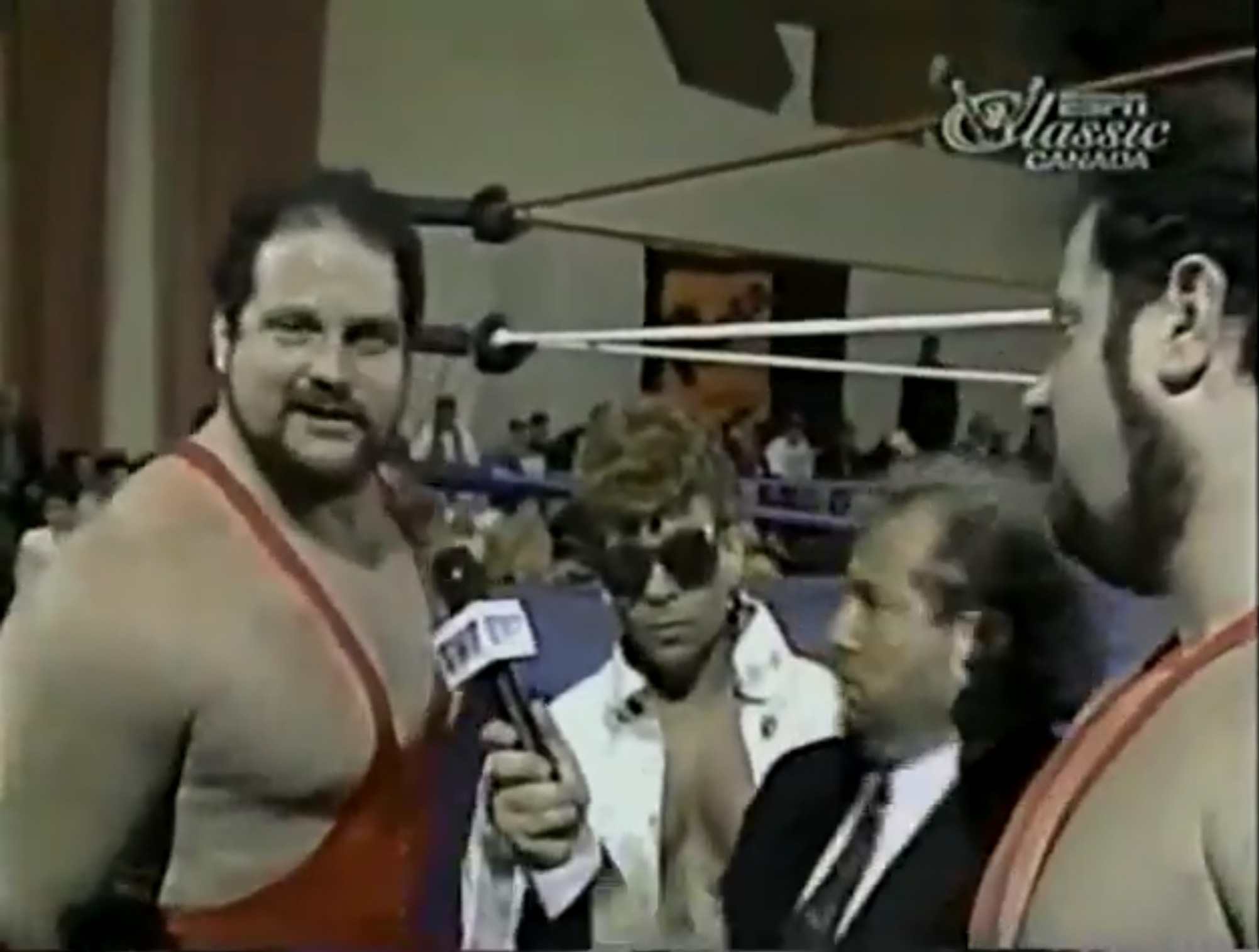 Since the show’s running short, highlights of the lumberjack match are shown. With interviews out of sequence and this show running several minutes short, I’ve got three words for you: Fire. The. Director.

Conclusion: For a one-match show, the result wasn’t satisfying. Abrams knew he had to milk the big matchups to keep the crowds coming, but the outcomes thus far could drive them away.

Let’s hope when the next taping occurs, Abrams isn’t caught holding the bag.

Next week, Wet’n’Wild encounter Orton and Cactus. Hopefully, the show will be better paced.