Is Flair in the house? What’s new with Raven? Does Jericho have something in store for Iaukea? Let’s heat this baby up and see how she cooks!

We revisit Nitro from last Monday when a red Dodge Viper left Savage laying in the parking lot. Speculation has it that Hogan was the perpetrator. Will Savage make it to the PPV? With a bad knee, I hope he doesn’t hitchhike.

Summary: Showcase match for Saturn. Methinks he was thirty seconds early on the finish and forced to improvise.

After the match, Saturn grabs the microphone and challenges Goldberg. The Tallahassee faithful erupts, and their hero emerges. As Saturn flees the ring, Goldberg annihilates the Flock. With Goldberg in the ring, Saturn brawls with Hammer on his way backstage. 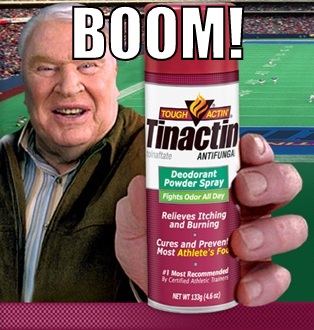 Summary: Showcase match for the #1 contender to the Cruiserweight title.

After the match, Jericho emerges through the entrance and calls Iaukea “Prince Nakamaki.” He also doesn’t believe that Iaukea is a cruiserweight, insults him, and threatens to bring a scale to the ring to weigh him later in the show.

We revisit the 2/2 episode when Mortis begged to join the Flock. Raven offers the rules to “follow” him including beating DDP. Since Mortis can’t do it, so Raven DDT’s him on the concrete floor.

Prior to the next match, Raven, with the US belt, enters the ring, grabs the microphone, and offers the Tallahassee faithful a soliloquy. Suddenly, a fan pulls Raven out of the ring by the hair before getting hammered. Perhaps the fan was already hammered.

Nonetheless, Raven returns to his slump in the corner, but the microphone doesn’t work. When it’s fixed, he accuses DDP of leaving him behind to (subtly) work for ECW. Since the Tallahassee faithful can’t hear him, they perform the tomahawk chop to taunt him. When he’s given a new microphone, Raven cuts a promo on DDP for the PPV.

At the entrance, Schiavone interviews Buff Bagwell who runs down Luger. Bagwell will face Luger this Monday on Nitro.

Prior to the next match, Schiavone promises an appearance by “Nature Boy” Ric Flair. He notes that WCW “hadn’t heard anything from him ‘in this venue tonight.” This becomes important later.

Summary: The Tallahassee faithful were into Duggan, but this was more storyline than match.

Afterward, Hennig and Rude double-team Duggan until Davey Boy Smith and Jim Neidhart arrive to chase them away. Rude flippantly tosses the handcuff key into the Tallahassee faithful.

Summary: Showcase match for Luger whom the Tallahassee faithful adore.

Summary: Loads of outside interference wrote the story for this high-flying match, and Reese was never a factor.

After the replay, Jericho brings his scale into the ring while the Tallahassee faithful chants “Jericho sucks.” Schiavone joins Jericho to interview him. While Jericho requests Iaukea’s presence, Iaukea joins him, stands on the scale, and weighs 218 much to Jericho’s disbelief. Jericho then WAFFLES Iaukea with the plastic scale and applies a LionTamer to end the segment.

It’s the shank of the evening! Let’s bring out Flair! Schiavone stands at the entrance and apologizes for Flair’s absence.

Instead, Eric Bischoff and BPP substitute for him. Bischoff disparages Flair in comparison to Hogan. Through a commercial break, Bischoff wouldn’t shut up about Hogan. Big Poppa Pump informs us that Flair didn’t make it because he’s “scared” of BPP.

To rebut, the “Enforcer” Arn Anderson appears and states that Flair isn’t there “for all the wrong reasons.” Unfortunately, he botches the “wrestling is on the marquee” line, yet Bischoff refers to Flair as “garbage.”

When Bischoff continues his Flair burial, Luger materializes. Since BPP can’t attack Arn, he attacks Luger. When BPP tries to dismantle him, Luger makes him taste the steel railing. It must have tasted like the Nighthawk at the Midtown Caboose. To complete the segment, Bischoff backs up into Rick Steiner who suplexes him on the concrete floor.

Prior to the main event, Nash grabs the microphone and states that Hogan wouldn’t stand for his being World champion. He continues with usurping leadership of the nWo. Next, he takes a potshot at Piper and cuts a promo on Giant.

Summary: I thought Nash would wipe the mat with Rick, but I was WRONG.

After the match, the nWo gang up on Rick, and Nash jackknife-powerbombs him. WCW Security approaches the ring to arrest Nash, but the nWo beats them up too. DiBiase returns with Giant who manhandles the nWo until time runs out.

Conclusion: So…where was Flair? Detroit, Michigan. Why? His son, Reid, competed in an AAU national tournament and won. While Flair claimed he gave prior notice, Bischoff may have thought otherwise.

More on this story as it unfolds.

As for the show, despite the hastily assembled segment to bury Flair, the only noteworthy part of the show is the no-time-limit stipulation added to the Benoit-Booker T match at the PPV. The lack of creativity creeping through the angles and matches is readily apparent. WCW needs to start freshening up characters and angles, or their #1 status may come crashing down soon. Skip this show at all costs unless you want to see the Flair burial.