How will Giant fare against Hall? What will Nash have to say about it? What’s going on between Saturn and Martel? Mysterio and Eddie tangle again, but how will Jericho and Benoit be involved? Let’s find out! 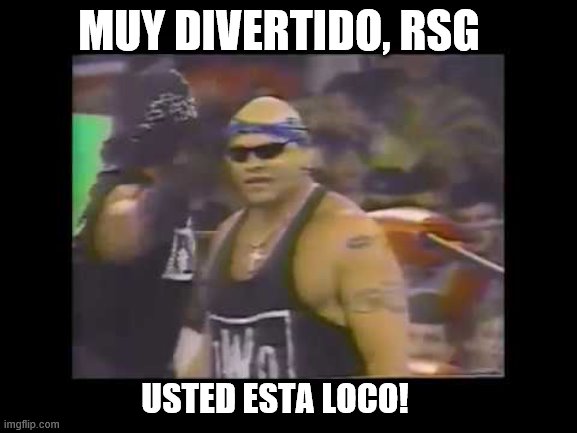 Summary: Merely a taste test for a possible singles run for Scott. 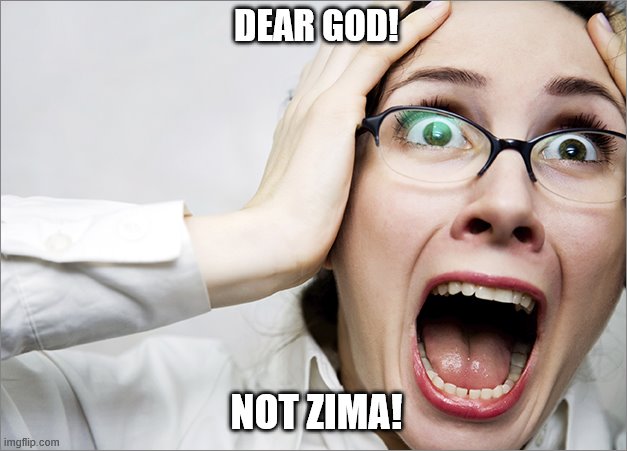 After the match, the nWo quadruple-teams Scott until Ray Traylor and Rick arrive to aid him. Although Scott has his arms held by Bagwell and Vincent, Scott backdrops Konnan over the top rope to the floor. He then pulls Vincent and Bagwell together with ease and ejects both of them over the top rope. Next, he makes Rick step aside in order to toss Norton out like a rag doll. Much like Monday night, Scott and Bagwell trade poses to end the segment.

Following a commercial break, Kevin Nash emerges sans coffee and heads to the ring. While he guarantees he’ll be $1.5 million richer later tonight, Nash believes that “Giant’s gonna snap.” In fact, he notes “Giant wants me worse than a lap dance after 20 years at sea.” Nah, that’s not homoerotic at all.

After the match, La Parka brings his chair into the ring and SMASHES both Chavo and Calo in the back. Surprisingly, Juventud Guerrera and Lizmark, Jr. hit the ring, and Guerrera uses La Parka’s chair as a springboard for a spinning heel kick. Lizmark, Jr. mounts the top turnbuckle, avoids a flying chair, and missile-dropkicks Silver King. Next, Psicosis and El Dandy join the melee, and Chavo sends La Parka sliding out of the ring. He then lands a somersault plancha atop La Parka. Woohoo! Inadvertently, Silver King superkicks Psicosis to the floor, and Lizmark, Jr. clotheslines him over the top rope. To top it all off, Lizmark, Jr. and Guerrera deliver simultaneous tope con hilos to Silver King and Psicosis. Outstanding! Add ½* to the match for the aftermath.

Earlier today, referee Nick Patrick tries to cut a promo while Martel enters the arena. Kidman stops Martel while calling him a “stooge.” Martel pie-faces him, and Saturn attacks from behind. To add insult to injury, Saturn tosses Martel through a plate glass door, and officials break it up. Somewhere, Marty Jannetty is crying.

Thunder is sponsored by Valvolline.

Marshall shills wcwwrestling.com, and a promo for Boston Brawl airs. Its audio will be LIVE on the web site for $7.95 on 1/31. Check it out!

Summary: Good match with solid wrestling by both wrestlers. Unfortunately, it’s not what the Huntsville faithful came to see.

On WCW Saturday Night, Mysterio and Guerrera go one-on-one while Scott Norton and Rick Steiner tussle. If you’re going to catch it before the PPV, you’d better hustle and bustle. 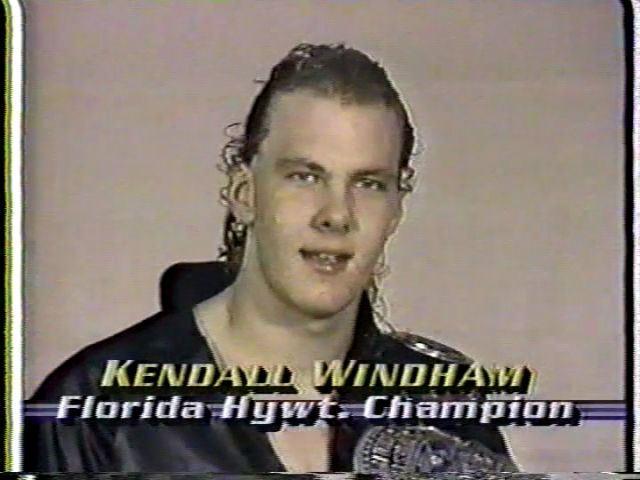 Hall emerges and heads to the ring. When he conducts his survey, the Huntsville faithful love WCW, yet a few sheep still chant “n-W-o.” Nevertheless, he cuts a promo on Larry Zbyszko. Suddenly, Louie Spicolli enters the ring and brings Zbyszko’s golf clubs with him. While the Huntsville faithful chants “Lar-ry,” Spicolli breaks a club. He then breaks a couple more until Zbyszko saunters to the ring. Zbyszko then refers to Spicolli as a “fat little stooge.”

As Spicolli challenges him, Zbyszko removes his jacket and enters the ring. Immediately, Zbyszko traps him in a neck vice similar to how he put Syxx on the shelf at Halloween Havoc ‘97. Hall tries to ambush him, but Zbyszko cleverly slides out of the ring to safety. Before leaving the ring, Zbyszko promises that he won’t be alone at the PPV. Will Verne Gagne be there?

Summary: Storyline finish to a matchup that never grows old. Mysterio’s knee looks FUBAR, and Jericho will seize it at every opportunity on Saturday.

After the match, Jericho, wearing a Mysterio t-shirt, barrages Mysterio’s knee, but Eddie returns to question him. They then double-team Mysterio and toss him down to the floor. When Jericho pats him on the back, Eddie takes exception and shoves him. During the argument, Benoit enters the ring unbeknownst to Jericho. Eddie leaves, and Jericho turns around to discover Benoit. Scared as a mouse in a snake pit, Jericho tries to attack to no avail.

After the match, Benoit points toward Raven inviting him into the ring, but Raven declines. On second thought, Benoit turns his back so Raven attacks him from behind.

Thunder is sponsored by Burger King.

Following a commercial break, “Hollywood” Hogan and Eric Bischoff head to the ring to brag about the WCW World title being returned to Hogan on Saturday. Hogan spews his lies while namedropping Sting, “Rowdy” Roddy Piper, and Hall. I smell something fishy.

We then revisit Nitro from 1/12 when Martel righted the wrong by Saturn costing him the World TV title. After Saturn makes his entrance, we revisit Martel’s introduction to the glass door from earlier in the show.

Summary: Solid match despite the lack of heat from the Huntsville faithful.

After the match, Kidman returns to the ring, mounts the top turnbuckle, but misses Martel on a splash attempt. Instead, he splashes Saturn, and the Flock disperses. 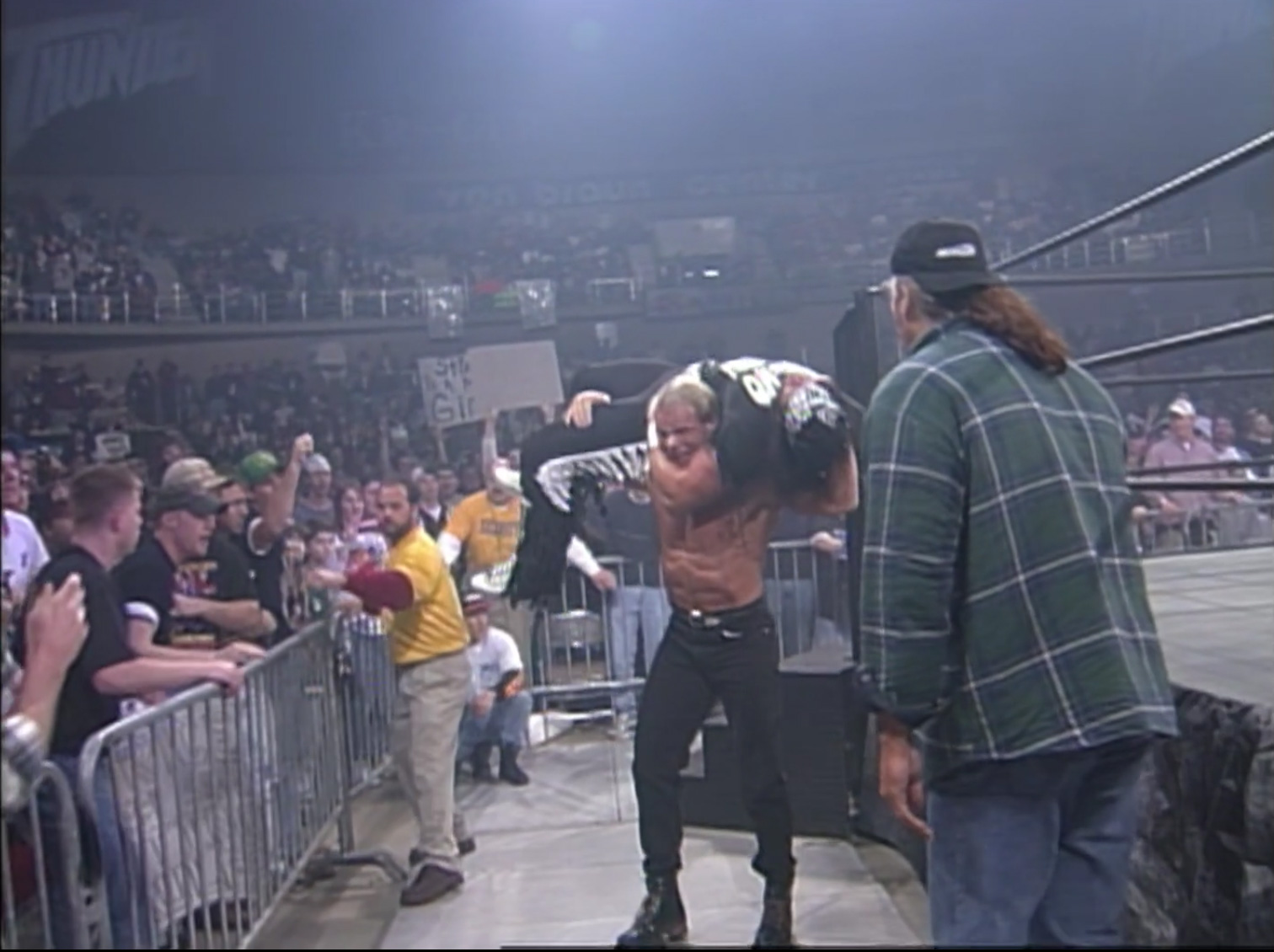 Summary: Mere appetizer for the matchups on Saturday.

After the match, Giant saunters after Nash who begs Giant to touch him. Just when you’d think he’d snap and grab Nash, Giant puts his huge mitts…on THE POLE. With Hall teeter-tottering inside of it, Giant DESTROYS THE RING! 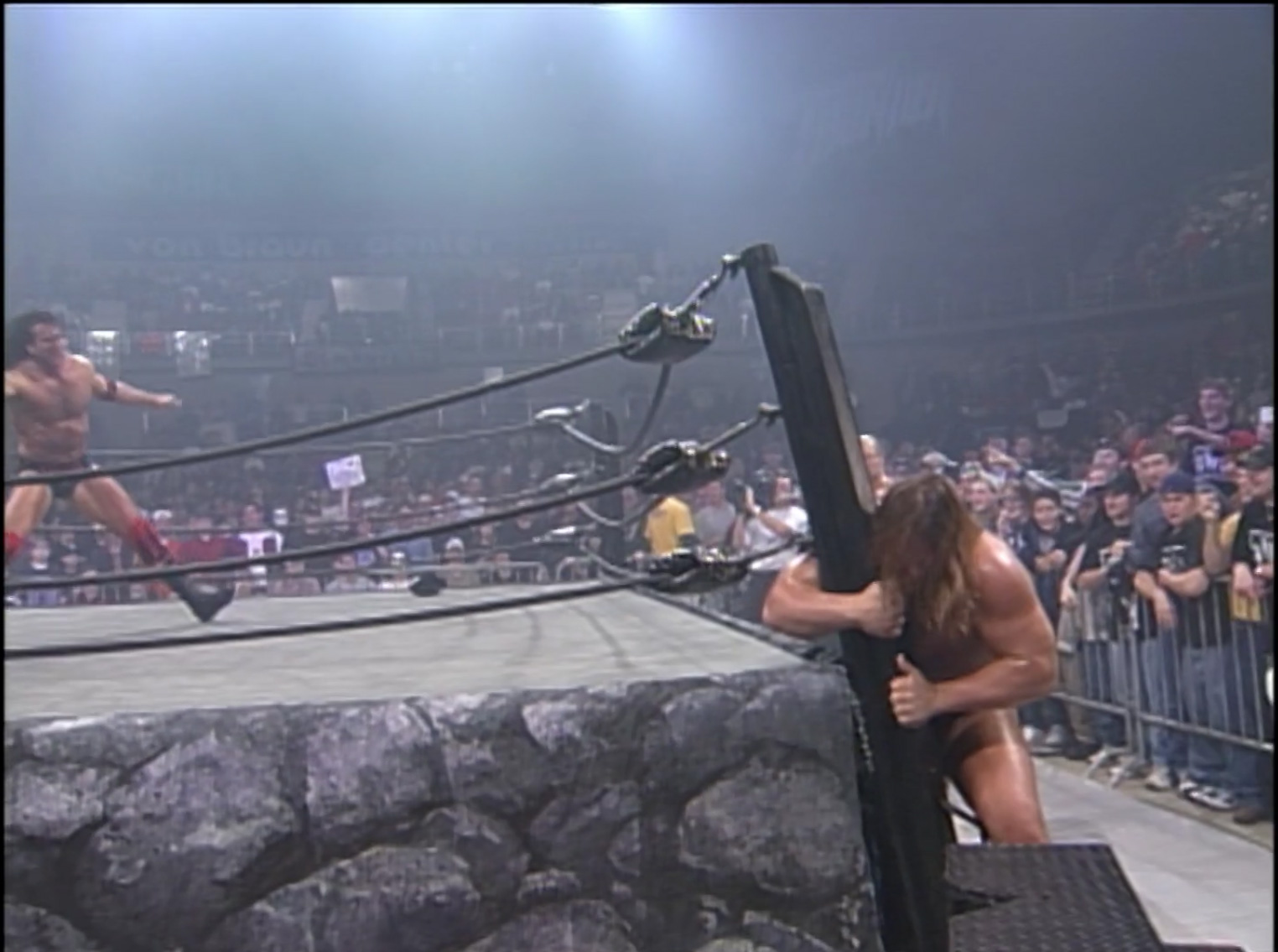 Conclusion: Exciting ending to a fantastic show with great wrestling, storylines, and a huge push toward the PPV on Saturday. Methinks Braun Strowman has watched this show.

Stay tuned for WCW Souled Out ‘98!