Can Bret retain the IC title against home country favorite Davey Boy? Will Warrior recapture the WWF title from Savage? In whose corner will Mr. Perfect occupy? Let's find out!

This reflection is sponsored by ICOPRO. Thanks, Vince! 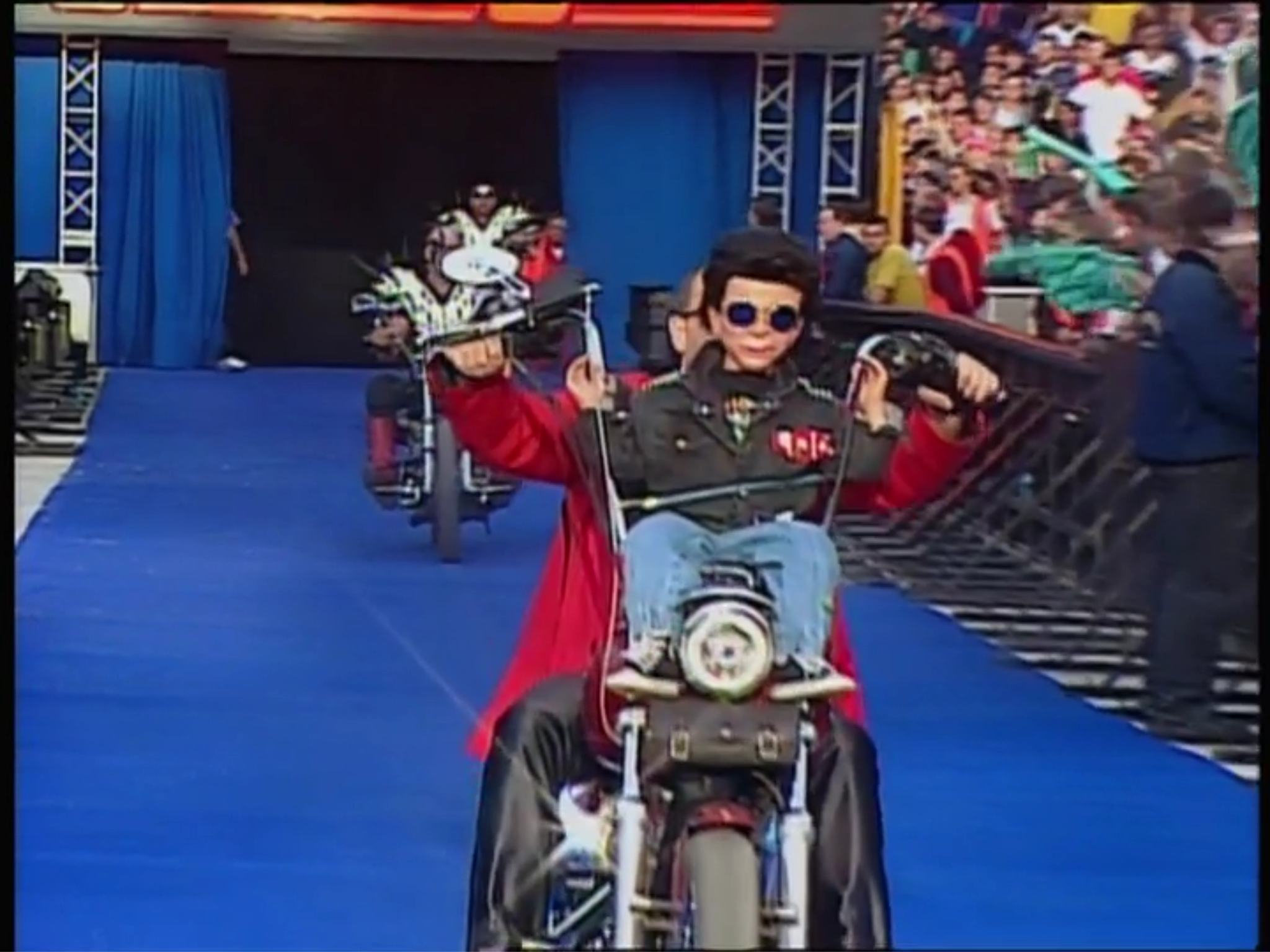 Summary: While it wasn't intended as such, this became somewhat of a retirement match for the Road Warriors because they didn't team together again until 1996. According to Animal, Hawk and Jim "The Anvil" Neidhart (perhaps he meant John Nord a.k.a. Berzerker) traveled to Amsterdam rather than returning to the United States. Hmmm...I wonder why.

Backstage, "Mean" Gene Okerlund interviews "Nature Boy" Ric Flair who surprisingly doesn't have a match on one of the biggest stages of the year. When Okerlund points out that Flair's wearing his gear, Flair states that he's always ready for action. Whatever you do, PLEASE don't ask him to open that robe. Nonetheless, Okerlund then questions him about Mr. Perfect's circumstances, but Flair won't reveal them. In fact, he dances around the question so well you'd think he's running for office. 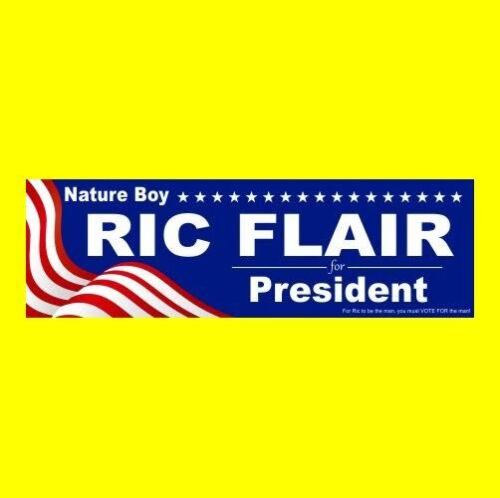 From the locker room, Sean Mooney interviews Virgil who cuts a promo on Nailz. He also mentions that he's too legit to quit.

Summary: W-A-S-T-E of time because this guy has ZERO wrestling ability. Get him off my screen NOW!

After the match, Nailz grabs Big Bossman's nightstick and jabs it into Virgil's midsection. Seriously, how does this guy have a job?

Backstage, Lord Alfred Hayes cannot confirm whether or not Mr. Perfect is inside Savage's dressing room. He then promises to locate his whereabouts. 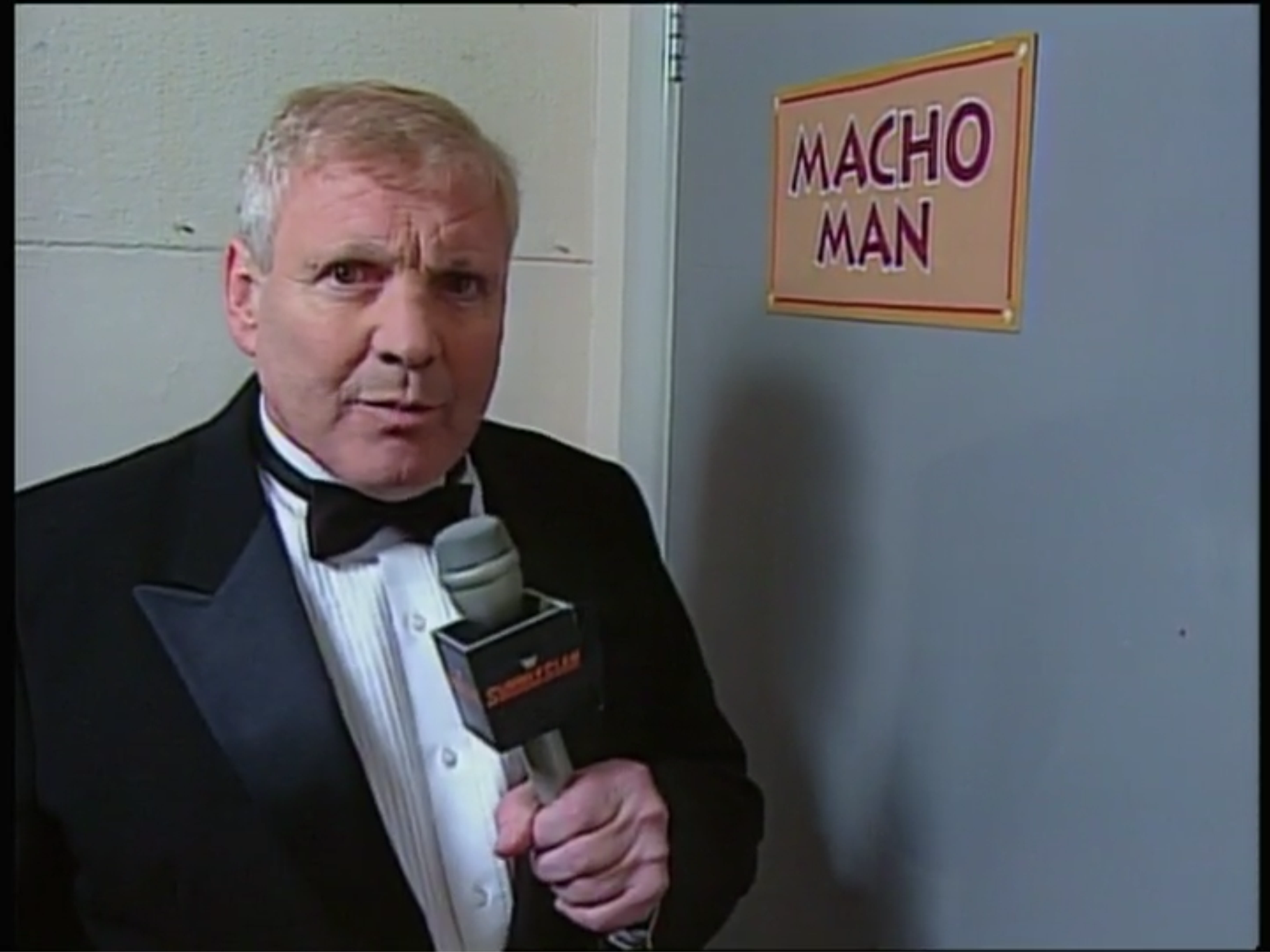 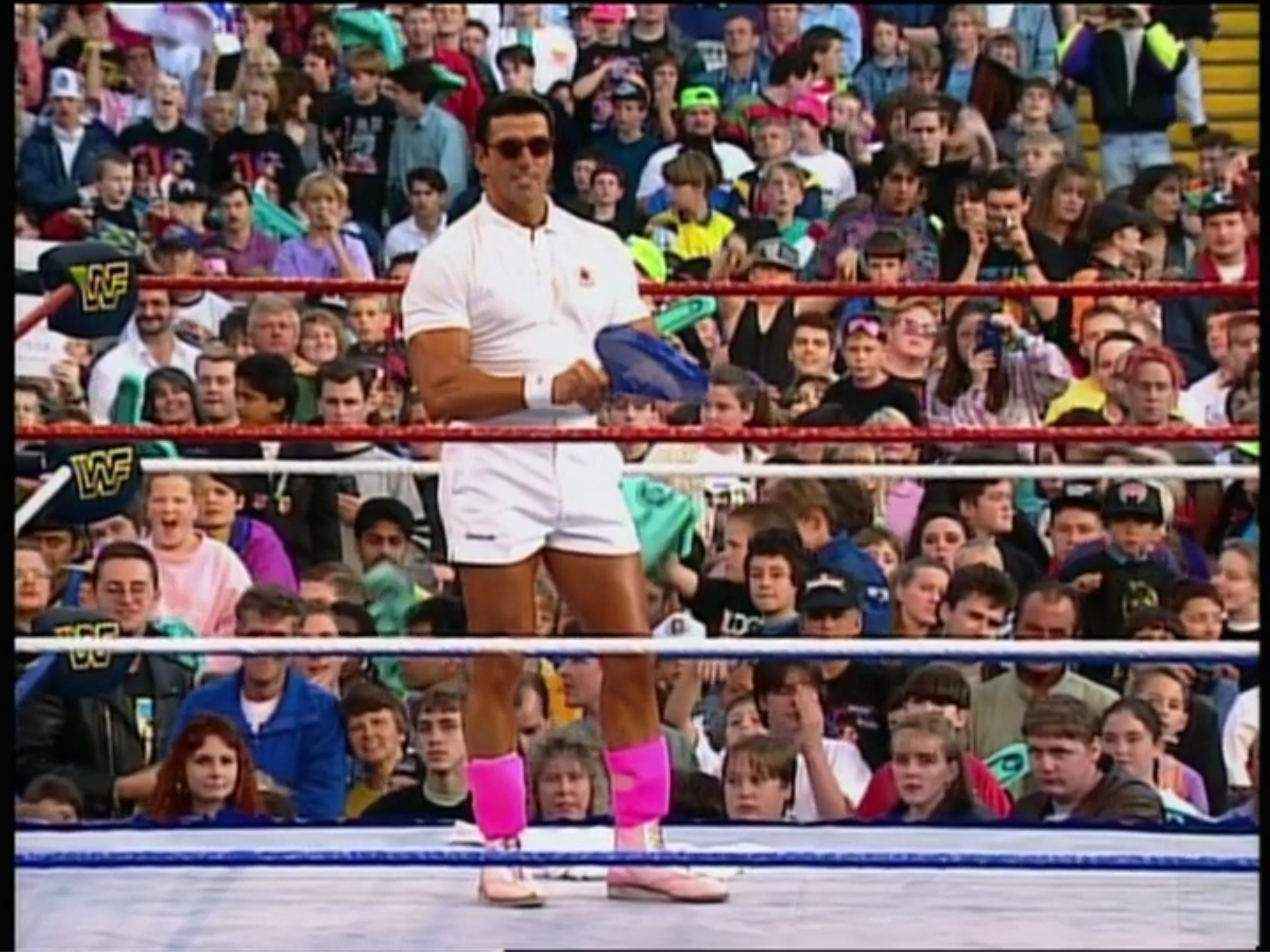 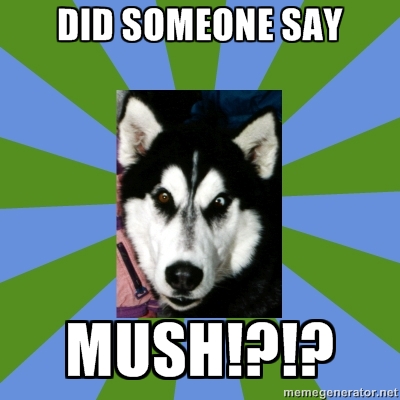 Summary: Despite the unique stipulation, both wrestlers were protected with that bullshit decision. I'd say this was more sports-entertainment than wrestling.

After the match, Sherri awakens to find both wrestlers fighting but feigns collapsing again. While officials separate the wrestlers, Michaels returns to the ring to retrieve his valet. He then puts Sherri over his shoulder as Vince and Heenan share this hilarious exchange:

Vince: "Is that Jupiter?"

Nevertheless, Martel nails Michaels sending both down to the "floor" of the stadium. He then picks up Sherri, but Michaels chases after him. As Michaels hits him, both Martel and Sherri bump to the "floor." While officials chase Martel backstage, Michaels assists Sherri. Martel then returns with a bucket of water and dumps it on Sherri. When both wrestlers run backstage, Sherri wakes up drenched and humiliated. 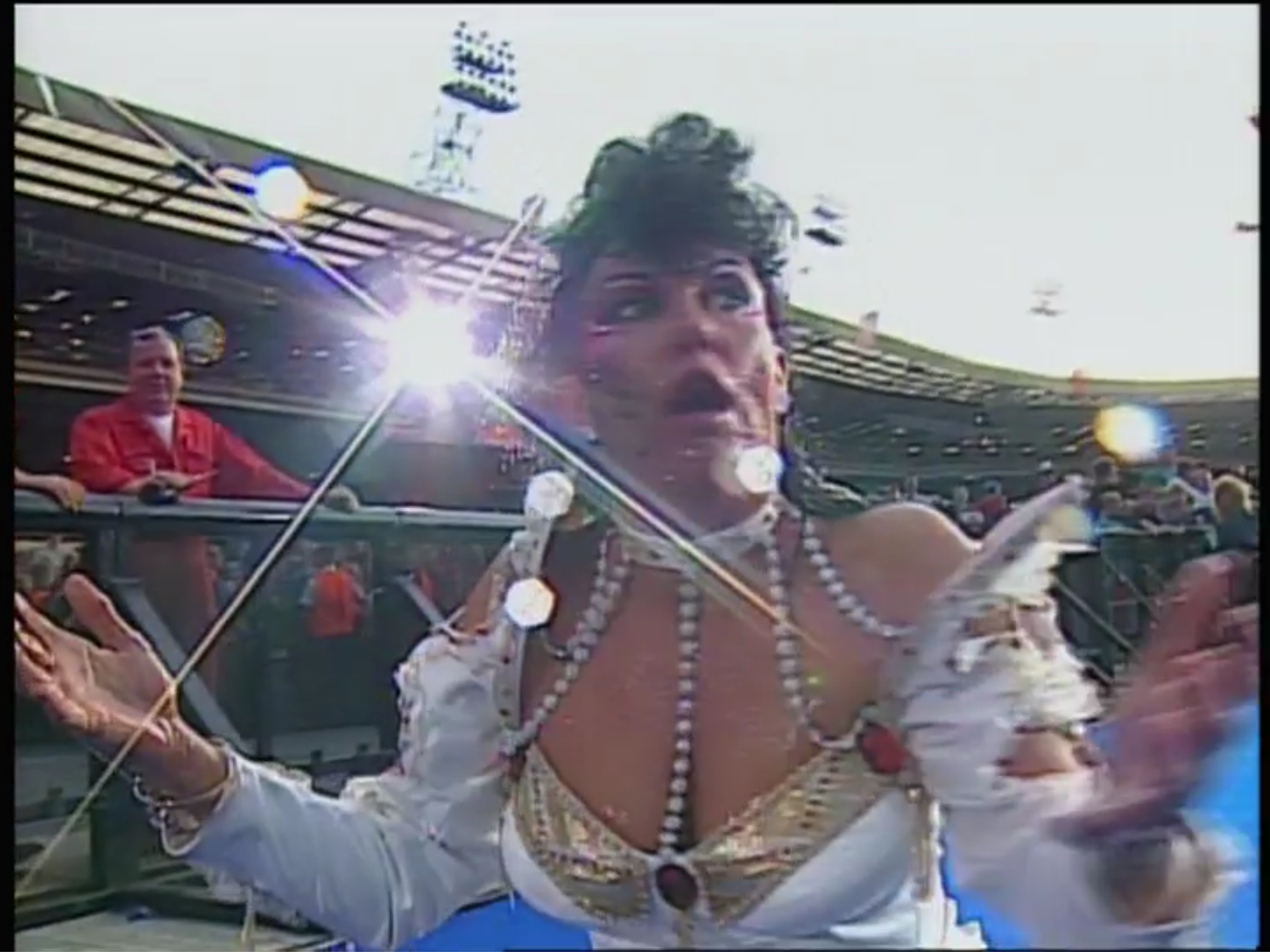 Back in the red locker room, Mooney interviews the Nasty Boys with Hart. While they mock Sherri, Knobbs and Sags stand in disbelief about not getting their title shot at Summerslam. I have to concur, yet Hart's utter confusion over his allegiance to them as well as Money, Inc. ends the interview.

Match 4 for the WWF tag team titles: The Natural Disasters (champions) versus the Beverly Brothers (w/ the Genius)

Summary: Without the tag formula, this match would have stunk up Wembley Stadium; however, the Beverlies brought their high-flying and teamwork to make it entertaining. In addition, the London faithful ate it up with a spoon.

After the match, Earthquake brings Genius into the ring and launched him over the top rope to the platform.

Next, Hayes stands outside Warrior's dressing room and believes Mr. Perfect is behind the door. He then tries to open the door but gets rebuffed. I guess he didn't fulfill his promise after all.

Summary: While the London faithful loved babyface Crush, this was merely a showcase match as his former partner put him over strong. 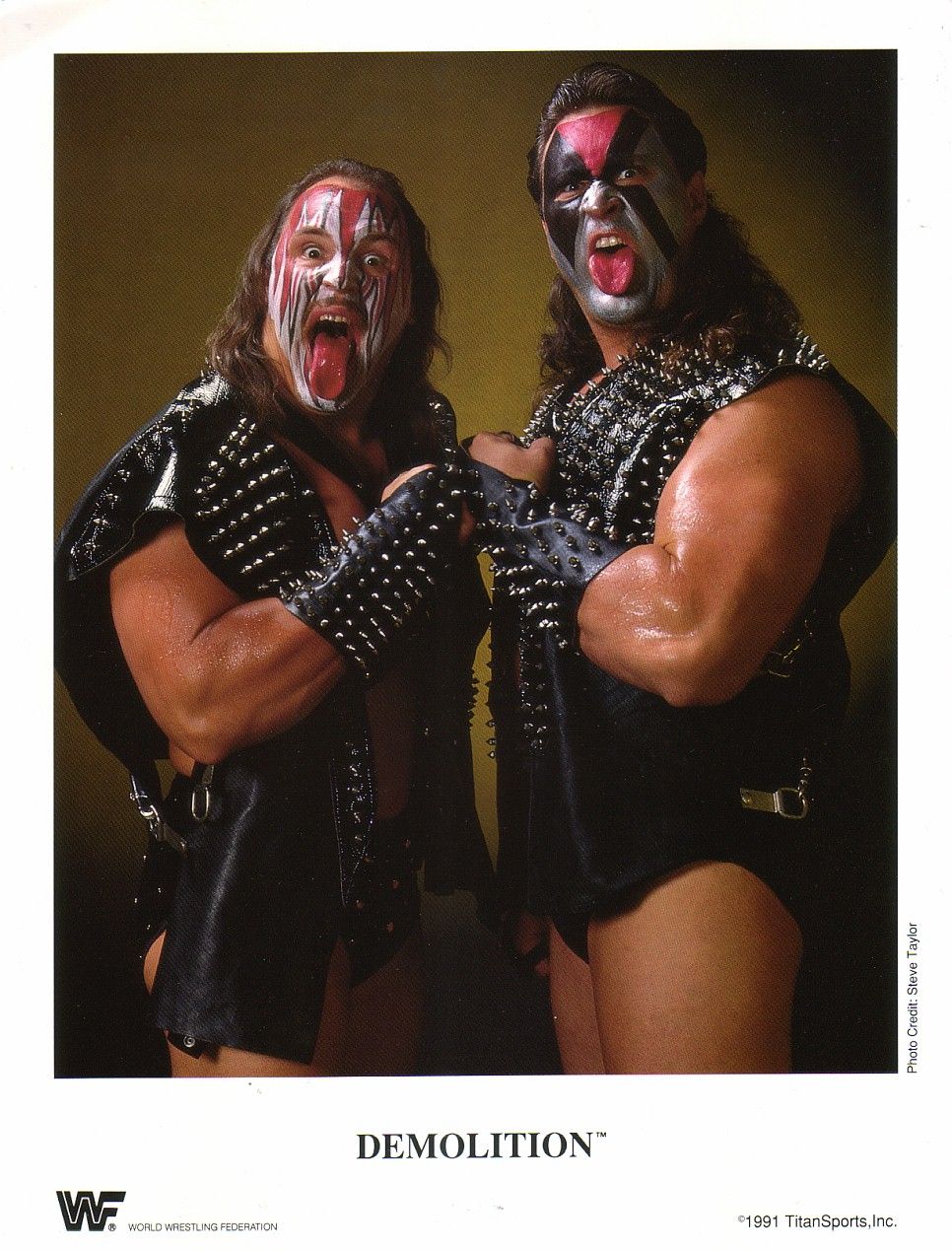 Backstage, Okerlund hypes the upcoming title match. We then revisit Superstars when Savage and Warrior stood face-to-face until Flair and Perfect emerged. When Perfect mocked him, Savage nailed Flair until Perfect used his belt to choke Savage. Warrior then rescued Savage scattering the heels from the ring (aired 7/25, taped 6/29).

We then revisit Superstars when Flair planted ideas in Warrior's head about Perfect being in Savage's corner (aired 8/8, taped 7/20). On the following episode, Perfect did the same to Savage. (aired 8/15, taped 7/20).

Following that, we revisit Summerslam Spectacular '92 when Flair and Perfect cost Savage and Warrior a victory against the Nasty Boys. During the match, Savage and Warrior did NOT work well together. While Flair and Perfect destroyed Warrior, the Nasty Boys demolished Savage. In addition, Warrior wore a tank top with enhanced abs to disguise his no longer steroid-infused physique.

Summary: Definitely not as great as their match at WrestleMania VII, but with Savage's workrate and Warrior's unfathomable use of psychology, it was a good match. Add the drama within the ring, the intense storyline, and Savage's knee injury, and it's a great match. Partly due to Savage's knee injury, he lost the WWF title to Flair three days later in Hershey, PA (aired 9/14, taped 9/1).

After the match, Flair hooks the figure-four leg lock on Savage on the platform. Perfect and Flair then double-team Savage, but Warrior prevents Flair from breaking Savage's leg with a chair. He then chases the heels away with chair in hand. When he returns to the ring, Warrior grabs the WWF title belt, picks Savage up, and hands it to him. 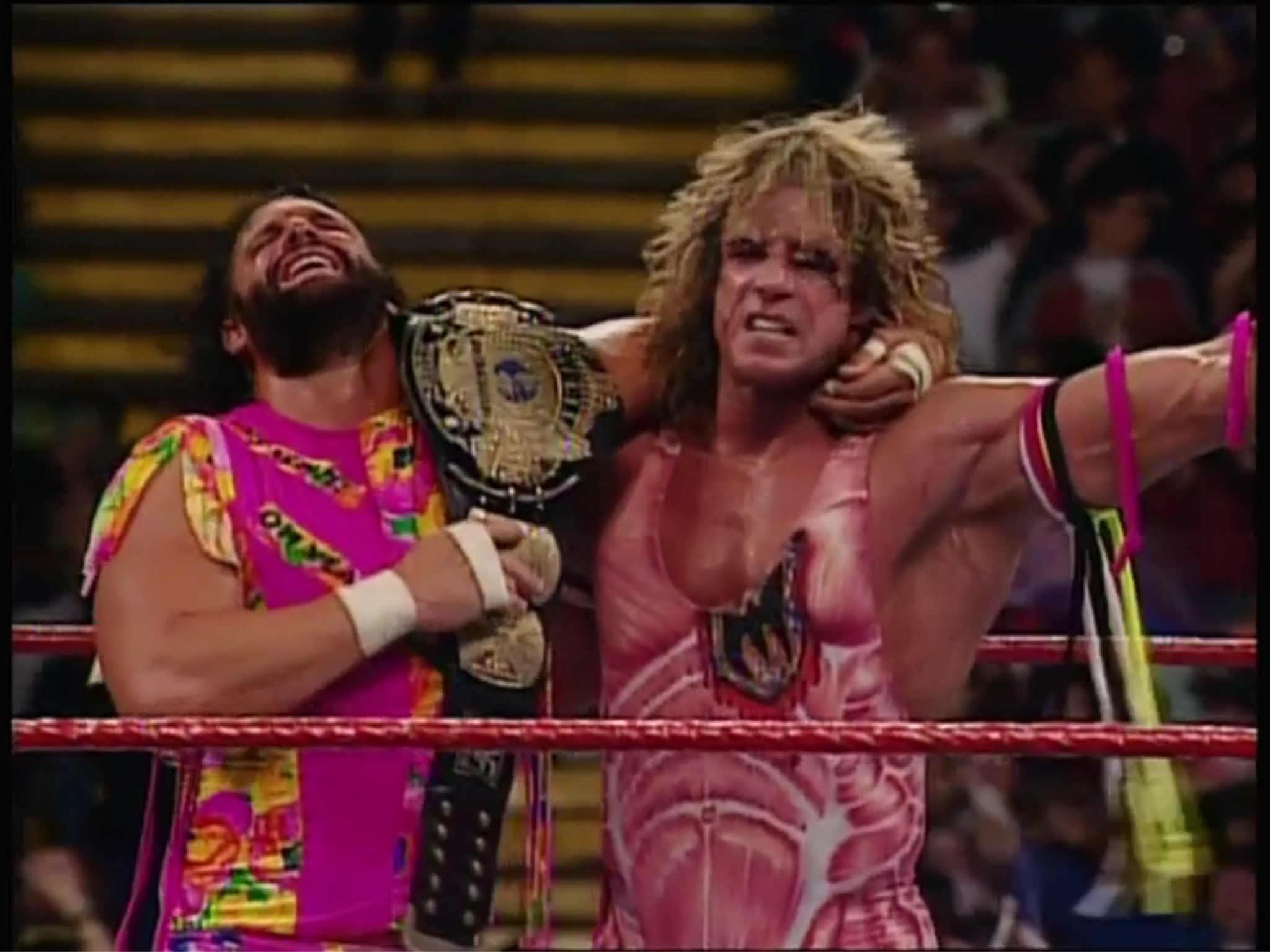 Backstage, Okerlund interviews Flair and Perfect. Flair informs Savage that the "belt is coming back to (him)."

Summary: Undertaker's entrance was the sole highlight of this match.

After the match, Undertaker sends Kim Chee between the ropes to the platform. Kamala then shoves him into the corner and sandwiches him. Upon slamming Undertaker, Kamala delivers a splash. He then mounts the second turnbuckle and splashes him again. When he mounts the top turnbuckle, Kamala hits a third splash. He then leaves the ring as Undertaker sits up. When Undertaker turns his head toward him, Kamala LOSES HIS DAMN MIND. He then retreats in fear of the phenom. 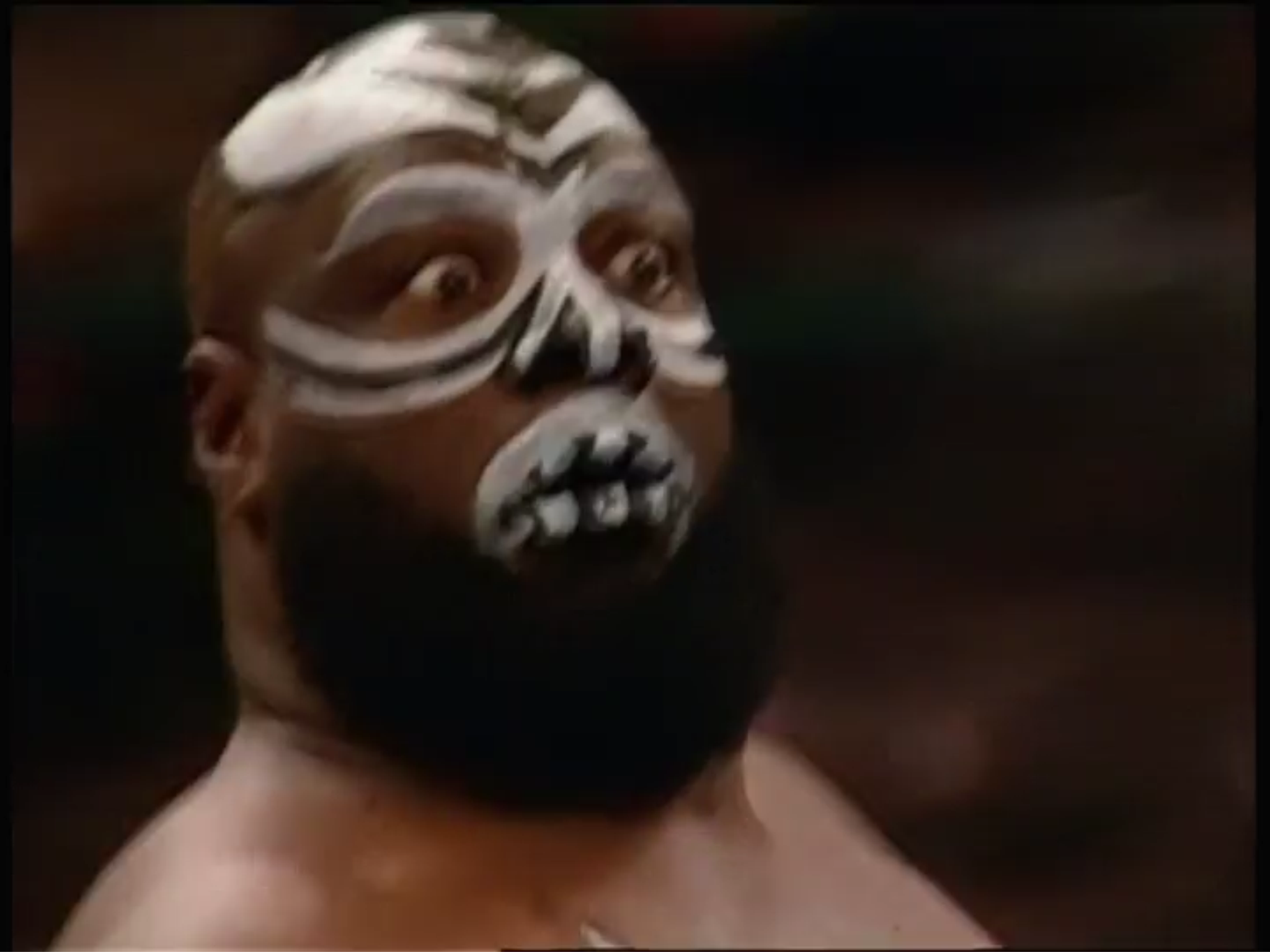 Back in the red locker room, Mooney interviews Smith who cuts a promo on Bret. When Mooney mentions wrestling in front of 80,000 Brits, Smith doesn't consider it pressure but instead a "dream."

Backstage, Okerlund interviews Bret who dismisses Smith's notion of "not knowing" him because he introduced Smith to his sister. Afterward, he predicts Smith's "dream" will become a "nightmare." 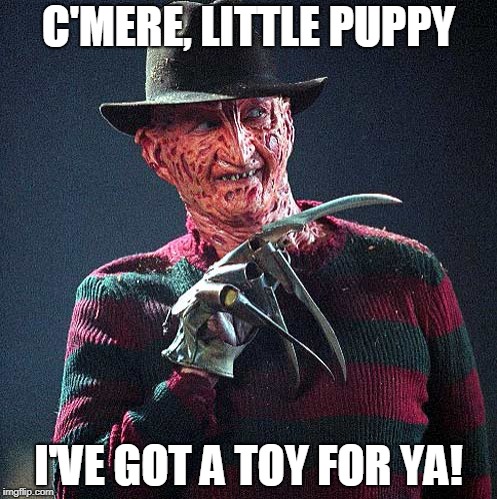 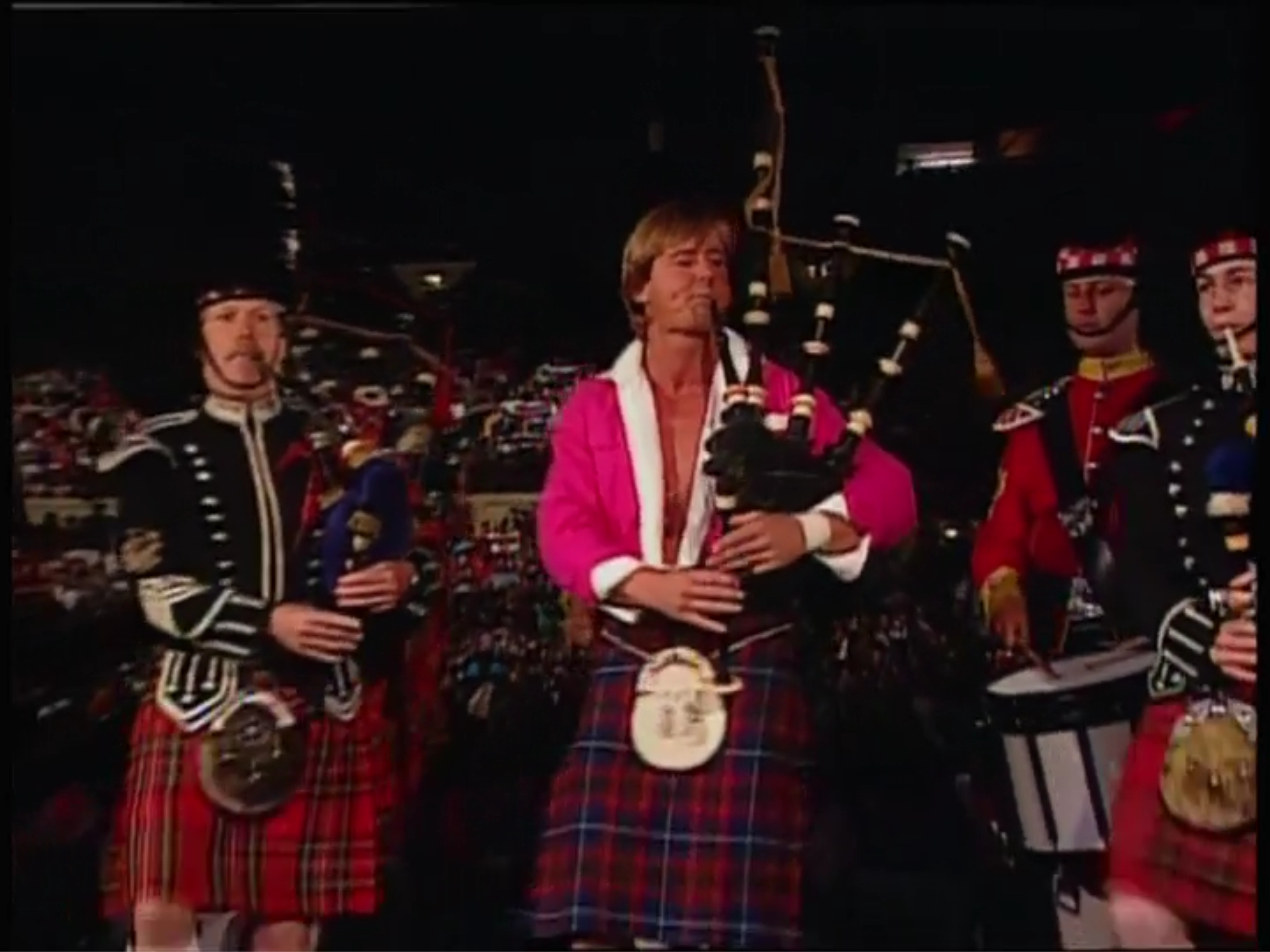 Among the London faithful, Mooney interviews Diana who fears for both wrestlers' health. When Mooney asks her for a prediction, she would rather keep the Hart family whole than make one.

Summary: Superb match where Bret carried Smith for twenty-five minutes and made him look great. There were a few times that Smith didn't hit something solidly, and that botched plancha sticks out like a sore thumb. Even so, this is a spectacular match.

Afterward, Bret tries to leave the ring without shaking Smith's hand, but the London faithful boo him. Smith then convinces him to shake hands and embrace. When Bret raises Smith's hand in victory, Diana enters the ring to share the great moment. Fireworks explode as the show ends. 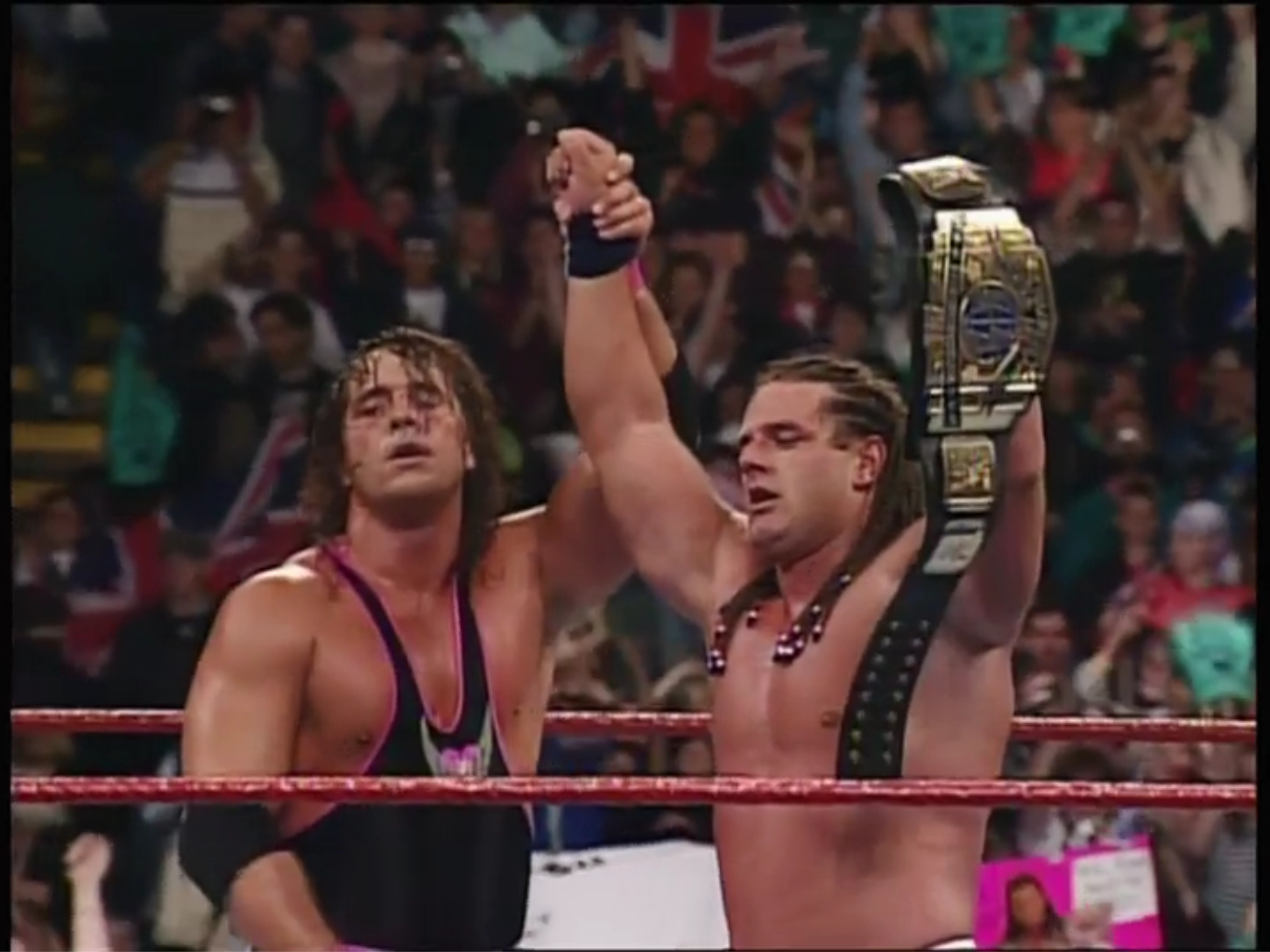 Conclusion: First of all, let me say that this was an extremely entertaining outdoor wrestling show with a vast and lively audience. Second, the Bret-Smith match is required viewing for all wrestling fans not only because it's great but also it plays into the Hart family turmoil in the WWF throughout the 90s. Third, the soap opera element of the WWF title match made each player act uniquely to create drama.

Since this was the sole US wrestling show at Wembley Stadium, I'd like to offer another memorable performance held there on July 12, 1986:

See you for WCW Clash of the Champions XX!