Can Bret topple Flair? Will Giant get to chokeslam Nash? How will Mysterio fare against Jericho? In what ways can Zbyszko humiliate Hall? Let’s find out! 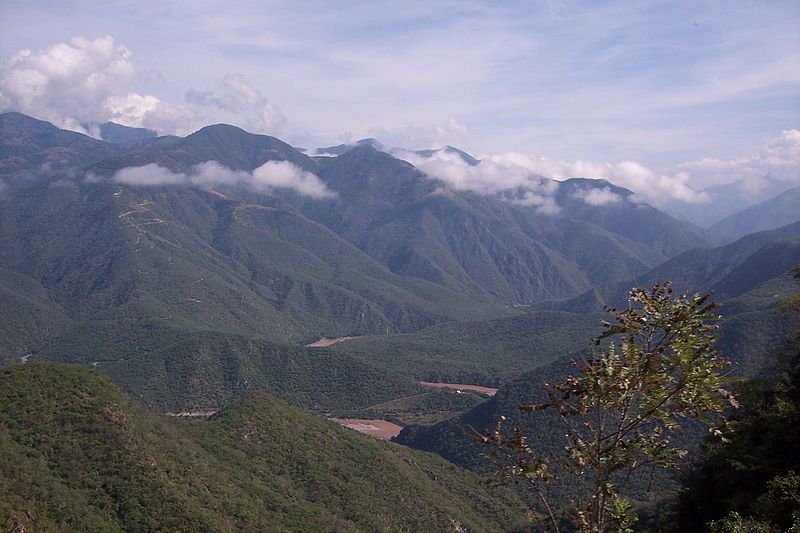 Summary: Great lucha libre match with all eight wrestlers putting on an aerial display. What can they do to put the cherry on top?

La Parka re-enters the ring with his chair and CLOCKS Calo with it. Next, he sends Lizmark, Jr. and Chavo reeling from chair shots. He then CROWNS Guerrera. After doing a little dance, La Parka isn’t finished! He then CLOBBERS El Dandy, decimates Silver King, whacks Psicosis, and stands atop his chair much to the delight of the Dayton faithful. To cement his stardom, he cups his hand to his ear, struts, and grins like a sailor on leave with his head held high. 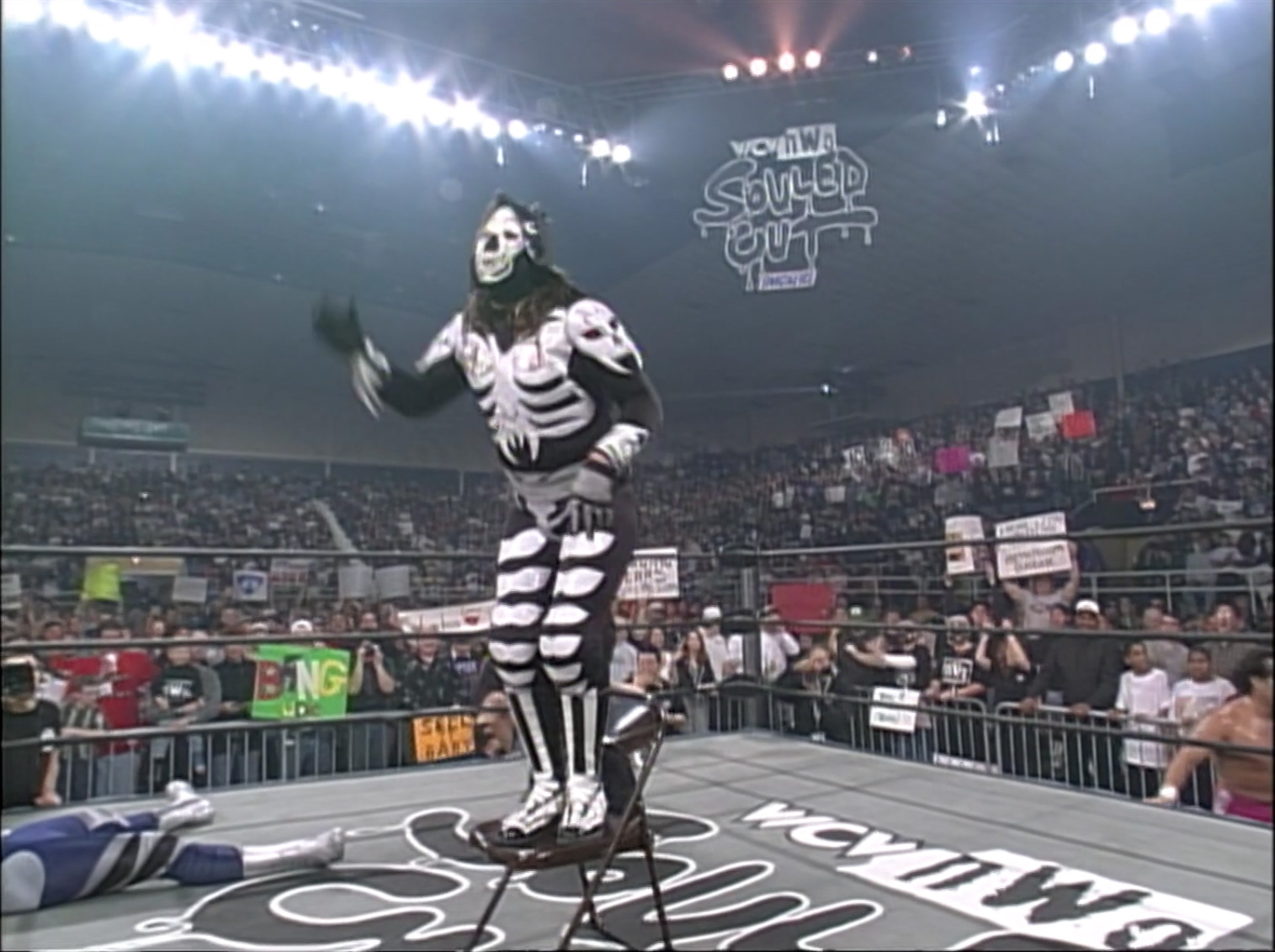 At the entrance, “Mean” Gene Okerlund shills the WCW Hotline.

After Raven made his entrance, he cut a promo on Benoit. 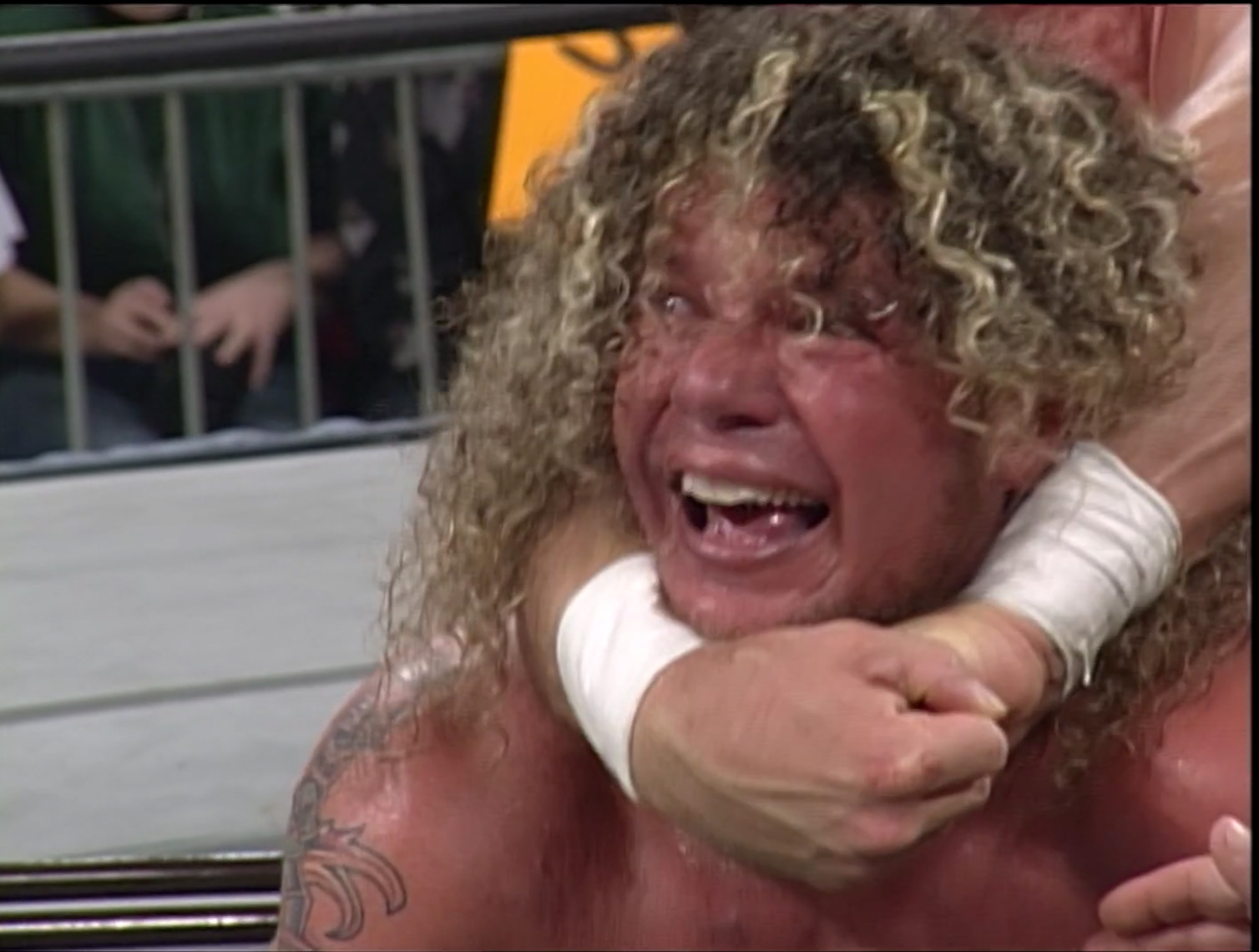 Summary: Fantastic match with liberal use of the chair for the no-DQ stipulation. Intensely, Benoit and Raven went all-out with workrate and counter-wrestling to entertain each of us. Bravo, gentlemen! 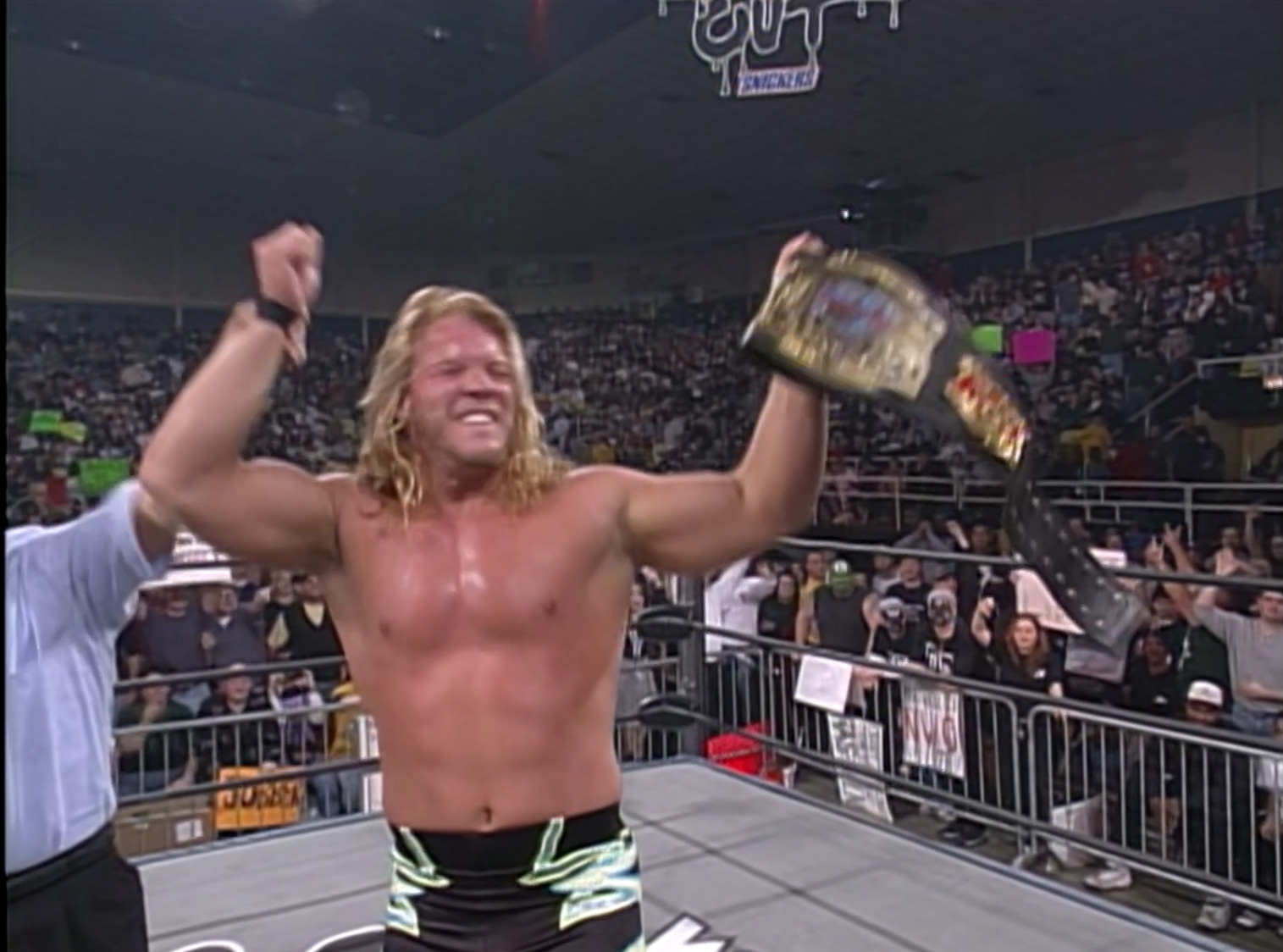 Summary: The story of the match circled around Mysterio’s injured knee. While Mysterio tried to work around it, Jericho seized and used it to his advantage. Mysterio is on schedule for knee surgery, so don’t plan on his immediate return. Also, the finishing sequence was brilliant.

After the match, Jericho grabs the microphone and imitates Sally Field. He then removes Mysterio’s knee brace and whips him with it. Upon ejecting Mysterio from the ring, Jericho joins him and wraps Mysterio’s knee in the steps. He then takes a metal case, SMASHES Mysterio’s knee with it, and offers a faux apology. Mysterio has to be carried backstage.

In the ring, Okerlund interviews Chairman of the Executive Committee JJ Dillon who namedrops “Rowdy” Roddy Piper. Speak of the devil, and he appears. Piper comes to the ring for the first time since Halloween Havoc ’97. Upon making a Clinton joke, Piper requests that Sting, Hogan, and Hall join him. Bischoff leads the nWo troupe to the ring, and Piper announces Hall as the winner of the battle royal at World War III ’97.

He then mentions that there isn’t a World champion right now, so he “couldn’t get a title shot at the DMV right now.” HA! Instead of Hall main-eventing SuperBrawl VIII, Piper teases Hogan about returning the title to him. He then declares Sting-Hogan III at SuperBrawl VIII. Hogan tries to rebut, but Sting gets in his face. Knowing he just got screwed, Hall walks away from his comrades. Hogan hightails it with questions in mind while Sting crotch-chops him.

Summary: You could hear a pin drop in Hara Arena during this match, but Martel used psychology to maintain offense. Conversely, Booker T used his quickness and aerial ability to get the win.

After the match, Martel rips the belt away from referee Billy Silverman teasing a hell turn yet presents it to Booker T. He then raises Booker T’s arm and shakes his hand. Sportsmanship!

Suddenly, Saturn enters the ring and provides Martel with a T-bone suplex. He then elbow-drops Martel and scatters when Booker T returns. 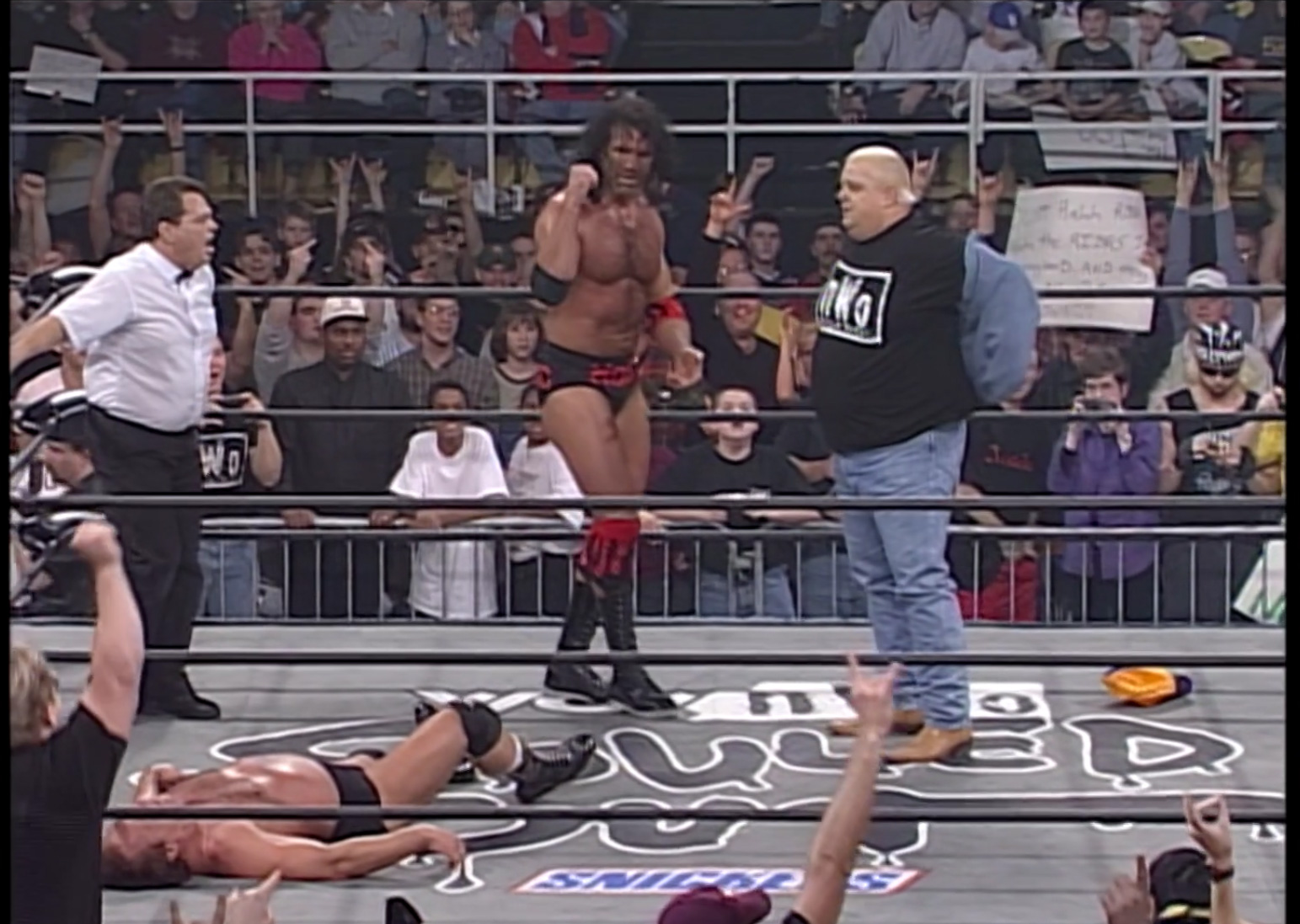 Summary: More storyline than match as Rhodes joins the nWo. Remarkably, Rhodes hasn’t played heel since 1974. While one may believe his heel turn was inexplicable, it was actually a broadcasting decision to remove Rhodes and insert Scott Hudson and Mike Tenay on WCW Saturday Night.

After the match, Rhodes cements his turn as the nWo hits a trio of elbow drops to Zbyszko. Meanwhile, Schiavone and Heenan are completely torn apart by Rhodes’ defection. Schiavone then leaves the broadcast table temporarily.

Summary: The whole match stinks except for Scott’s entire performance. I guess everyone mails it in and lets Scott do all the dirty work. Two heel turns in consecutive matches would lessen the significance; so I understand the continuation of the slow-burn of Scott’s character.

After the match, Scott and Bagwell confer and pose with one another. 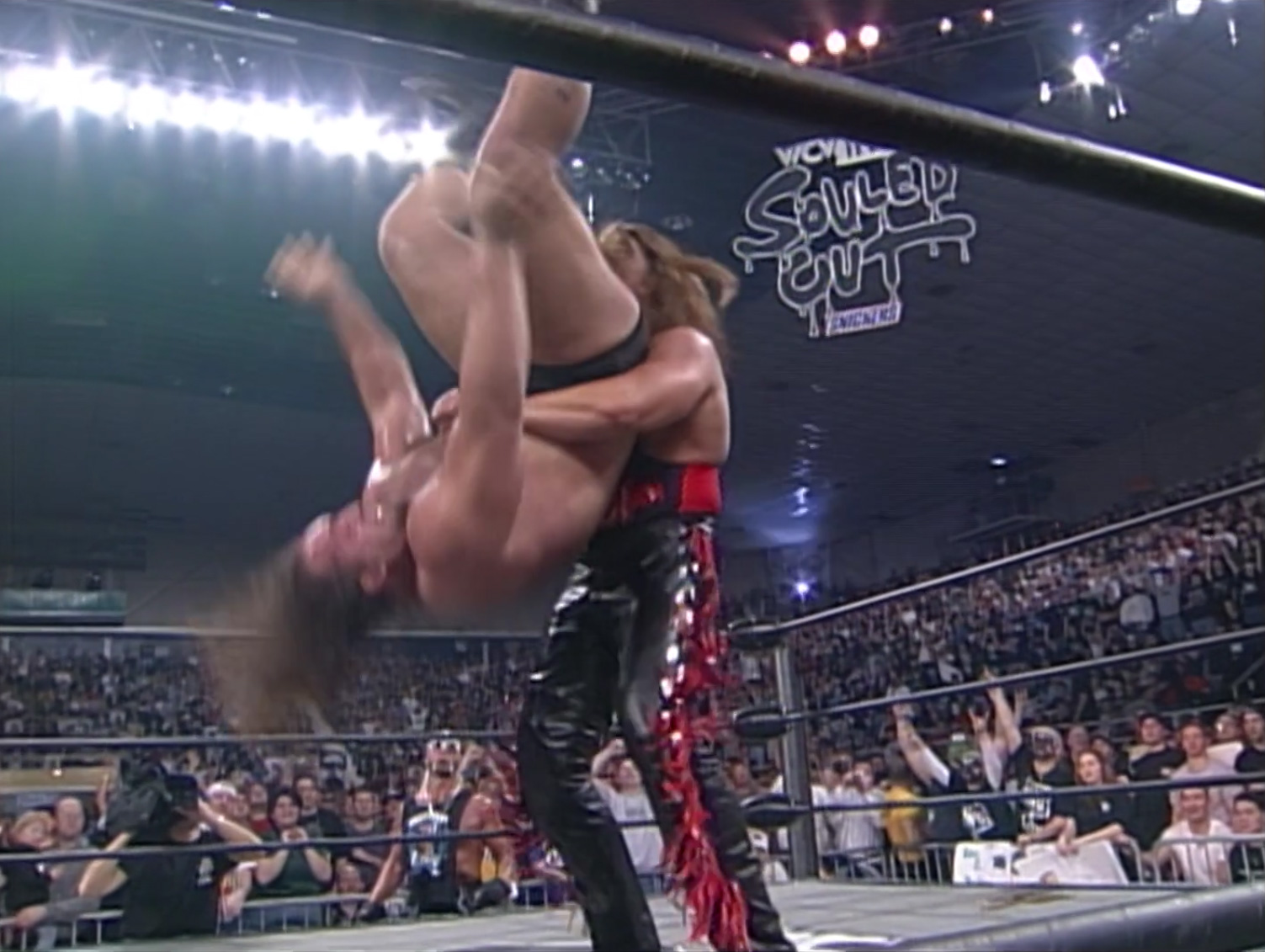 Summary: While the match earned a * for Nash’s leapfrog alone, these guys give it the old college try, but trying to keep up with the smaller men isn’t a wise move. On another note, Nash no-shows Starrcade ‘97, but beats Giant here.

After the match, the WCW trainer checks on Giant who hasn’t moved. To sell the liquid in the eyes, the trainer protects Giant’s eyes initially. Since WCW follows up on the botched powerbomb on the next episode of Nitro, I’ll add ½*. 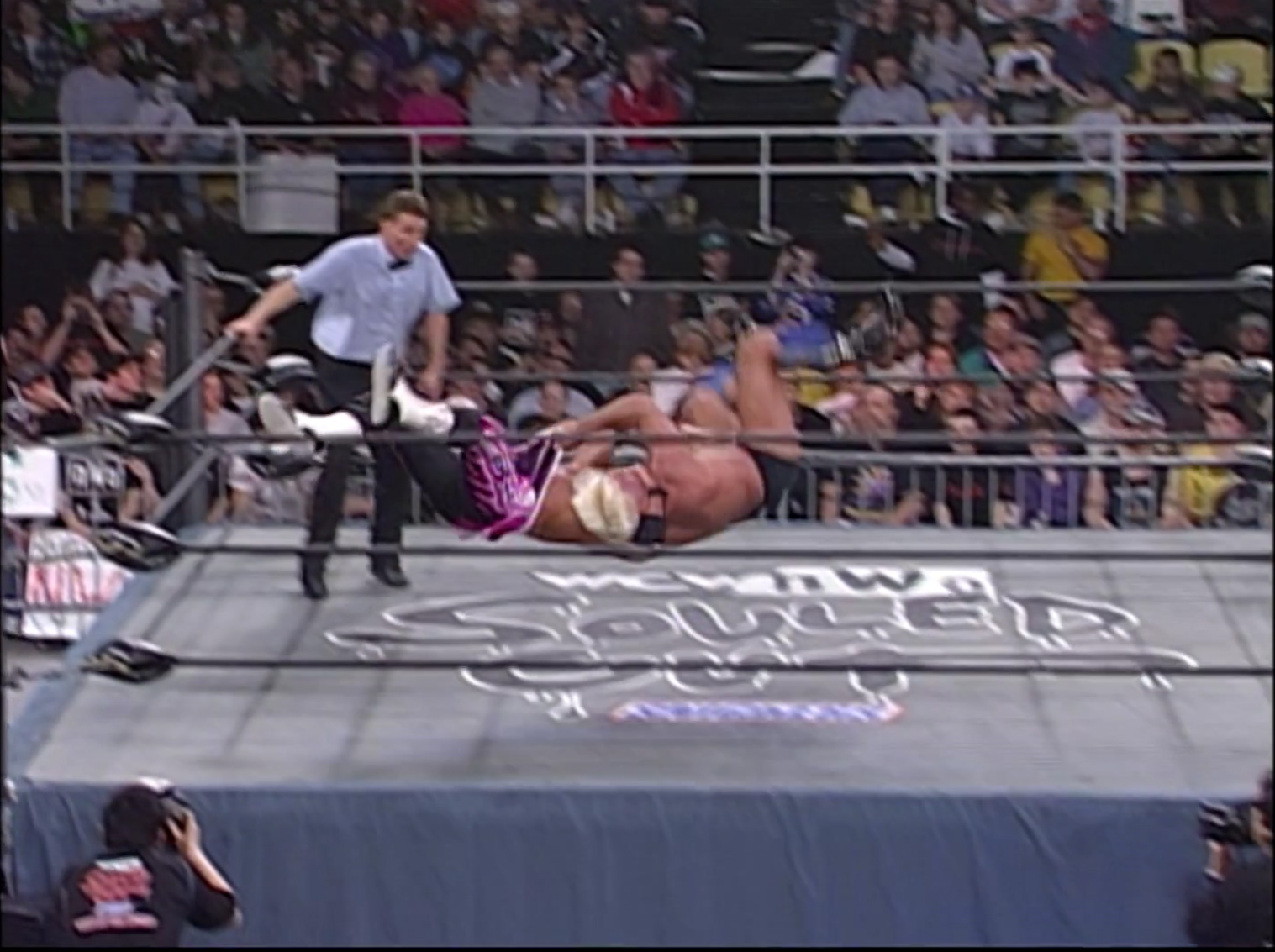 Summary: Incredible match between two of the best in pro wrestling. If the World title had been at stake, it might have been an historical match for the ages. As it is, it’s worth seeking out.

After the match, much like his last WWF match, Bret pantomimed writing WCW in the air. 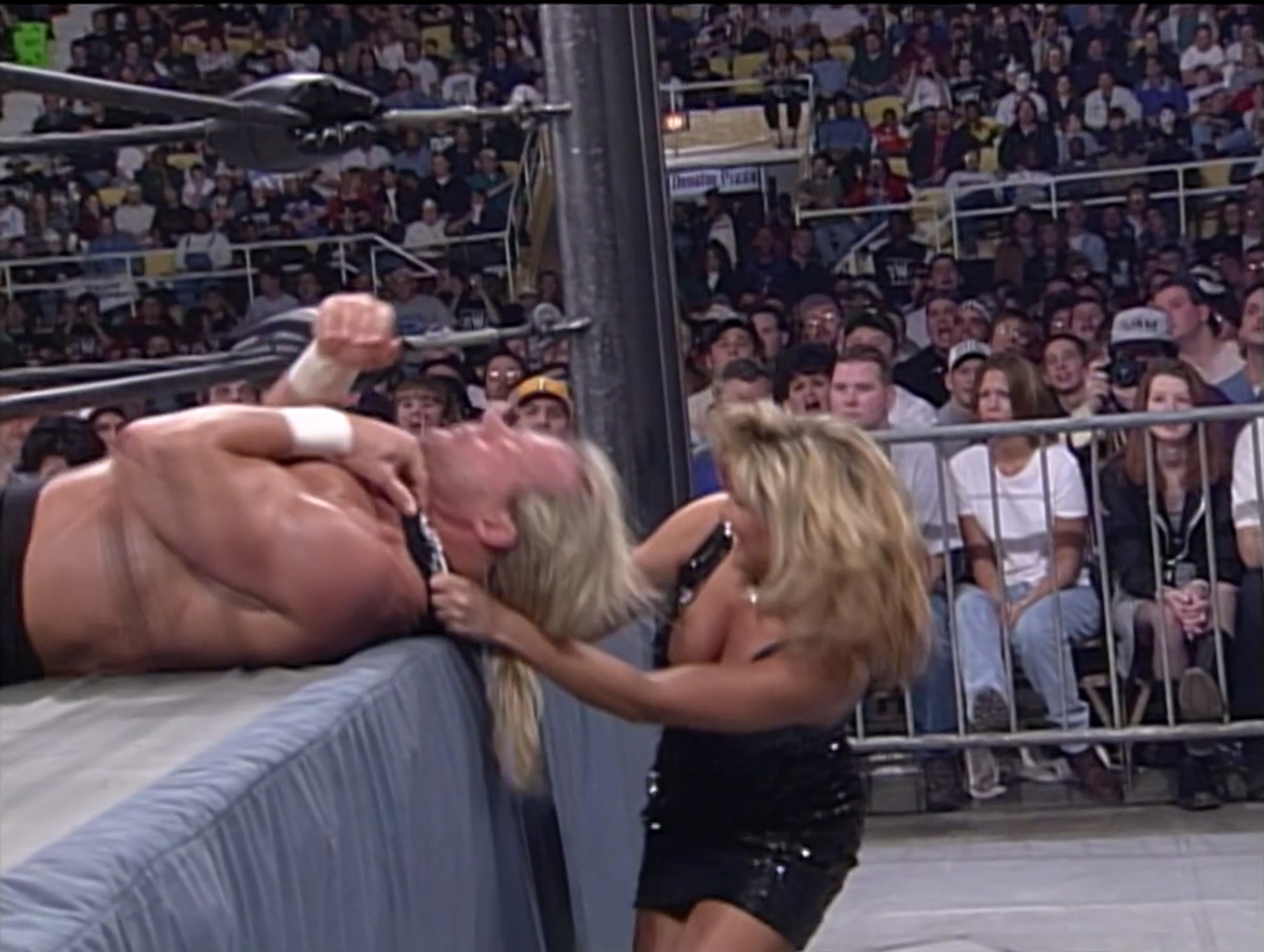 Summary: Without question, Savage carried this match; however, Elizabeth performed her most ruthless work to date.

After the match, Hogan enters the ring and saves Savage. The nWo rushes the ring to ambush Luger until Sting storms in to save him. While Sting nails Hogan, Luger lifts Nash up in the Torture Rack. Sting then applies a Scorpion death lock to Hogan for an incredible visual. 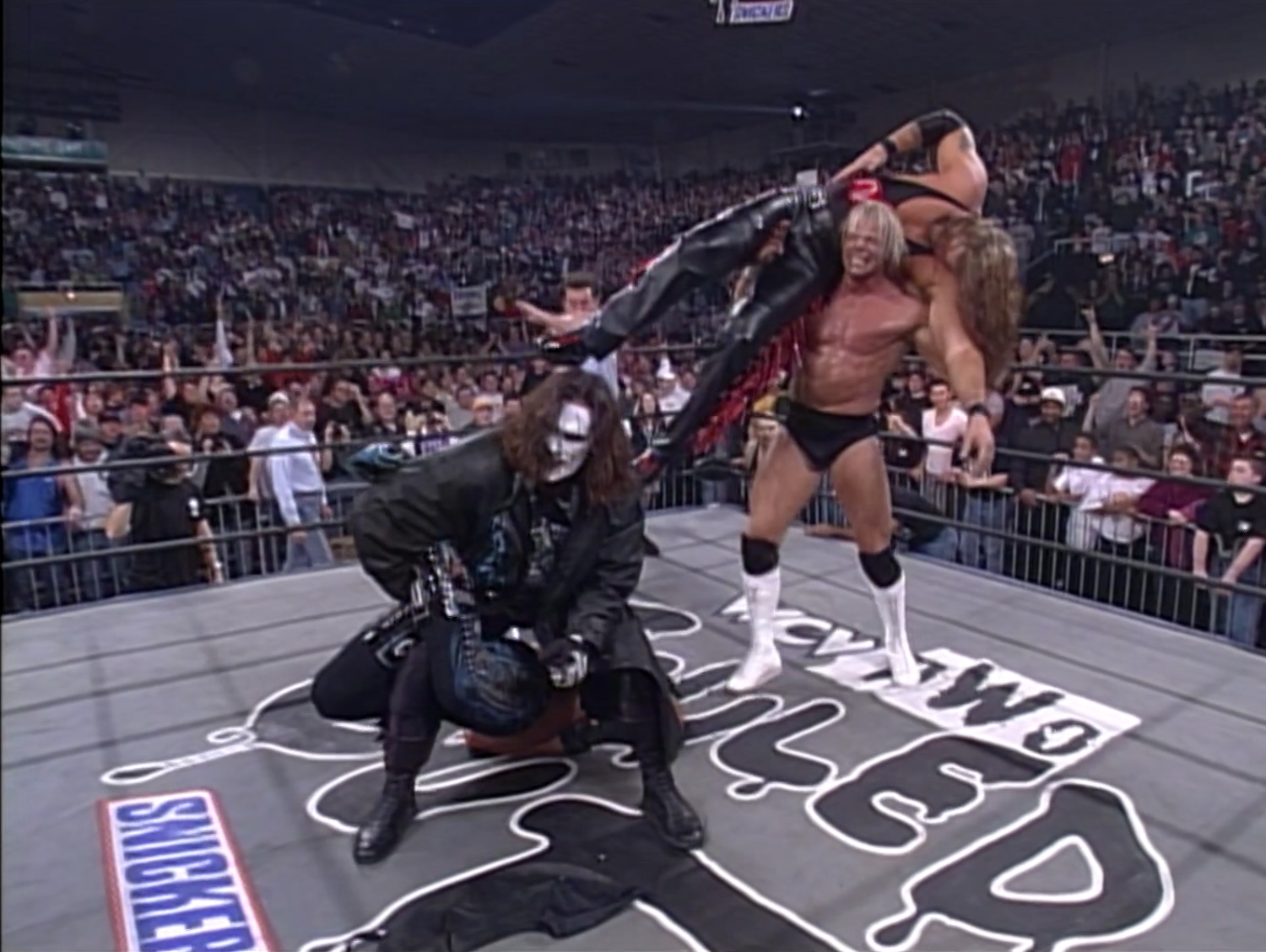 Conclusion: Obviously the post-match drama of the main event gives the PPV a warm, fuzzy feeling similar to Nitro episodes in 1997. Without it, the question of why Luger-Savage being the main event would be raised.

Having said that, this show is a no-brainer to recommend. Bret-Flair steals the show while Benoit-Raven is a close second. The lucha libre opener need not apologize for being awesome, and Jericho’s heel work during his attaining of the Cruiserweight title adds tremendous goodness to the show. In a fascinating twist, this is a solid WCW show without a World title match included. Fire up the WWE Network and watch this one STAT!