Has the WWF gone ape? Or can they give us a decent show? Read on!

Lord Alfred Hayes welcomes us to a “special edition” of Mutual of Omaha’s Wild Kingdom. NOOOOO!

Fortunately, Vince corrects him by stating this is the WWF’s “wild kingdom” edition of SNME.

Prior to the opening match, Heenan and Rude cut a promo on Warrior. Rude refers to Warrior as a “guppy in the ocean of life.” 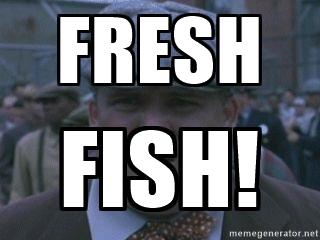 Summary: Due to their upcoming battle at Summerslam, the decision makes sense. While Rude tried hard, this match wasn’t good whatsoever.

At the cabin, Hayes and “Mean” Gene Okerlund perform part one of a Wild Kingdom parody including an Okerlund potshot at Pete Rose.

After a commercial break, a video featuring Hulk Hogan airs. During the video, we revisit the Earthquake splash from the Brother Love Show on Superstars (aired 5/26, taped 4/23).

In the ring, Vince interviews Hogan who will face Earthquake at Summerslam. Hogan then informs us that Tugboat will be in his corner. Suddenly, Earthquake, Bravo, and Jimmy Hart come to the ring. Just before they attack, Tugboat hits the ring to save the Hulkster.

After a commercial break, Hayes and Okerlund encounter a wild Koko B. Ware who seeks a mate for Frankie. When a snake almost attacks Okerlund, Jake “The Snake” Roberts saves him. Next, as they cross the railroad tracks, the Bushwhackers trek down them.

Match 2 for the WWF tag team titles: Demolition (champions) versus the Rockers Summary: Clever finish to a decent match. Demolition had to go over since they’re signed to defend the tag titles against the Hart Foundation at Summerslam.

Speaking of the Hart Foundation, they hit the ring after the match. Suddenly, the ROAD WARRIORS arrive while making their WWF supershow debut. Neither team convinces Marella about Demolition’s shenanigans as he stands by his decision.

In the jungle, Okerlund gets bitten by insects and reacts strangely until Hayes gives him an herbal antidote. 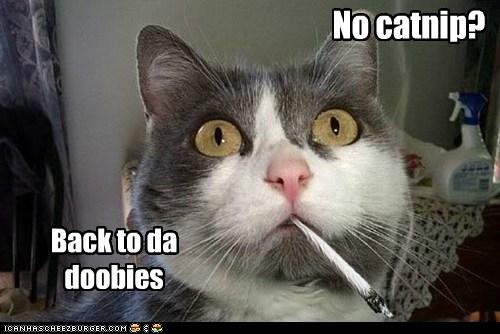 Not THAT kind of herb!

As Santana made his entrance, Sean Mooney interviews Heenan and Perfect in the pink locker room.

Summary: Superb ending to a great match that could have gone either way.

Back in the jungle, Hayes and Okerlund find a wild Jimmy “Superfly” Snuka. Afterward, they encounter Slick and Akeem. When they come upon a river, Hayes loses his balance but tosses Okerlund into the river instead of falling in himself. He then tosses Okerlund some bark supposedly to save him from the deadly piranhas. 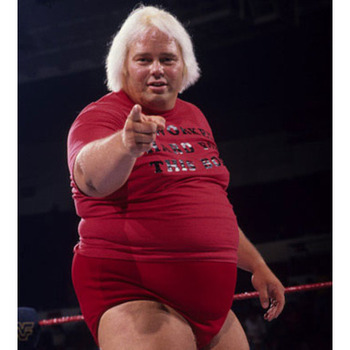 Backstage, Ventura interviews Rude with Heenan. They discuss the upcoming cage match for the WWF title at Summerslam.

To end the program, Okerlund befriends a chimpanzee while Hayes mocks him again.

Conclusion: Since both the IC and tag title matches were worthwhile, I would certainly recommend this show. Keep in mind that the Wild Kingdom theme may be too over the top for some.

IN OTHER NEWS: This was the last major WWF broadcast until 1999 for Jesse Ventura as he left due to a disagreement over an endorsement contract with Sega. Why was there a problem, you ask? Because Akklaim stood as the video game sponsor for the WWF—a Nintendo company. I wonder where he’ll end up next.