We open tonight’s program with Jake and Cheryl Roberts sharing a kiss. Jake then cuts a promo with Damian wrapped around his shoulders. According to Cheryl, Rude’s pain will be their “pleasure.”

With Cheryl’s face airbrushed on his tights, Rude and Heenan answer the Snake.

Afterward, Slick, dressed for Halloween like a leprechaun in his green suit, unveils the Big Boss Man who reads Powers his Miranda rights.

Hogan then cuts a promo on King Haku. During which, Elizabeth joins him as arm candy. I wonder how Savage feels about that.

Prior to the first match, we revisit how Rude tried to woo Cheryl. Included is the disrobing of Rude when he wore the airbrushed tights one time too many (aired 9/10, taped 8/23).

After Rude makes his entrance, Okerlund interviews Roberts with his wife and Damien. According to Jake, “Rude and his tights will go down.” Yikes! To add insult to injury, Cheryl brought a fig leaf for “little Rick.” HA! 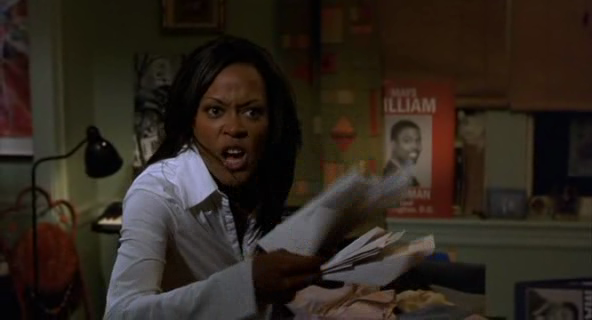 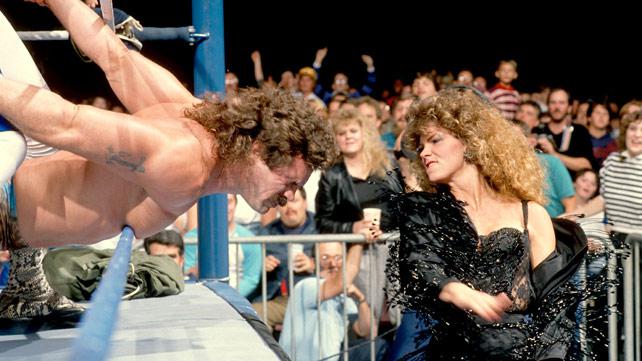 Summary: This couldn’t possibly be the blow-off to their months-long feud, could it?

After the match, Andre the Giant comes to the ring and nails Roberts. In retaliation, Roberts opens the bag and scares the bejesus out of Andre with Damian. As Roberts tosses Damian atop him, Andre passes out in fear. Heenan comes to Andre’s rescue and worries about Andre’s health. After a commercial break, a rattled Andre searches under the ring for Damian.

Backstage, Okerlund interviews the Hart Foundation. Neidhart offers this zinger: “The only way Jimmy Hart can hurt someone is to manage (him).” HA!

Also backstage, Ventura, dressed like a Sharp Dressed Man, interviews Demolition with Hart and Fuji. When Ventura mentions the Rougeaus, Hart notes they’ll be around to observe.

Summary: A bit of variation from the finish at Summerslam. The feud between the Hart Foundation and Jimmy Hart continues.

After a commercial break, we revisit SNME XV when Race suffered a severe injury limiting his career going forward. Race subsequently bequeathed the crown to Haku.

After King Haku makes his entrance on his throne, Okerlund interviews Hogan who mentions the Big Boss Man. In the meantime, Elizabeth drags Hogan away for a “date with royalty.” Could Hogan have been messing around with Princess Diana back in ’88? Call the National Enquirer to find out!

After the match, Elizabeth assists Hogan with his posing. Hogan then hoists Elizabeth onto his right shoulder. I wonder how Savage feels about that.

Summary: Showcase match for Bravo. That 90-day clause for Patera couldn’t drag out much more, could it?

After the match, Boss Man handcuffs Powers to the ropes. While Slick occupied the anonymous referee’s attention, Boss Man nails Powers with the nightstick.

After a commercial break, we revisit Superstars when the Big Boss Man attacked Hogan on the Brother Love show (aired 10/22, taped 10/5).

In the locker room, Ventura interviews Andre the Giant with Heenan. When Ventura asks him about snakes, Andre acts incredibly defensive.

Conclusion: While entertaining, this show does not hold any historical value unless you count Andre’s ophidiophobia.

See you for WWF Survivor Series ‘88!