Can Undertaker bury Michaels to become WWF champion? Who will win the Rumble match to face the WWF champion at WrestleMania XIV? How will Shamrock fare against the Rock? Let’s find out!

For those curious, “Iron” Mike Tyson is in attendance in a skybox. Unfortunately, he wasn’t at the broadcast table to provide biting commentary.

Prior to the opening match, we revisit RAW is WAR from two months ago when Dustin Runnels publicly humiliated his wife Terri. Next, we revisit the 11/24 episode when Luna became his valet at Vader’s expense. We then revisit RAW is WAR from three weeks ago when Goldust impersonated Baby New Year, and flash forward to last week when he impersonated Sable to offer Vader his nuts. 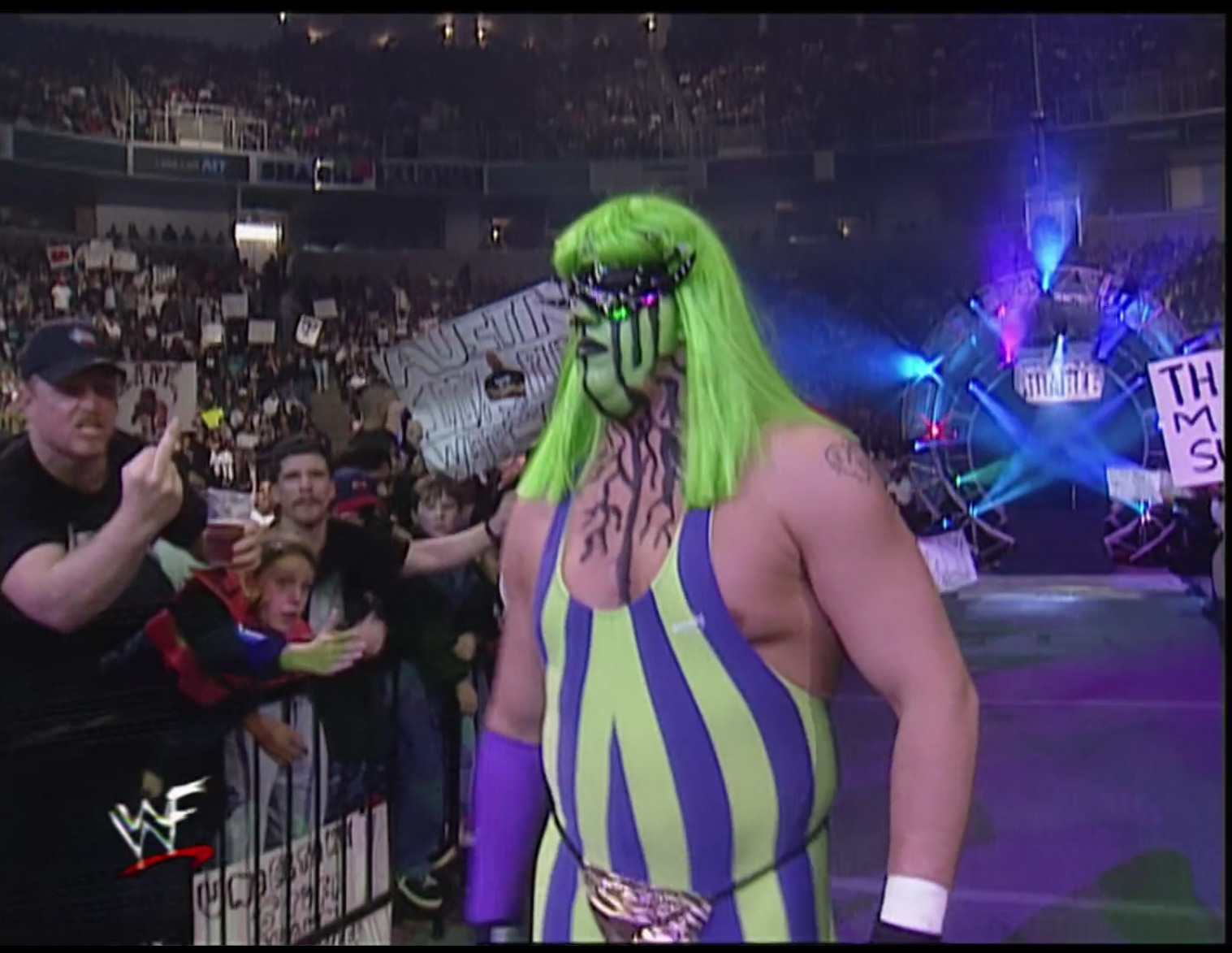 Summary: That finish has to be seen to be believed. Kudos to Doan for not calling for the DQ on this one.

Summary: This match had concession-stand break written all over it. While I appreciate lucha libre, the movesets of these wrestlers was very limited. Their highspots were the only true highlight of the match.

Backstage, the NoD stands outside Austin’s dressing room. Faarooq instructs newest member Mark Henry to bust into the room to get Austin. While they don’t find Austin, they do find an Austin foam finger. I’ll let you guess which finger.

We then see Tyson in the skybox with Vince and Shane McMahon. 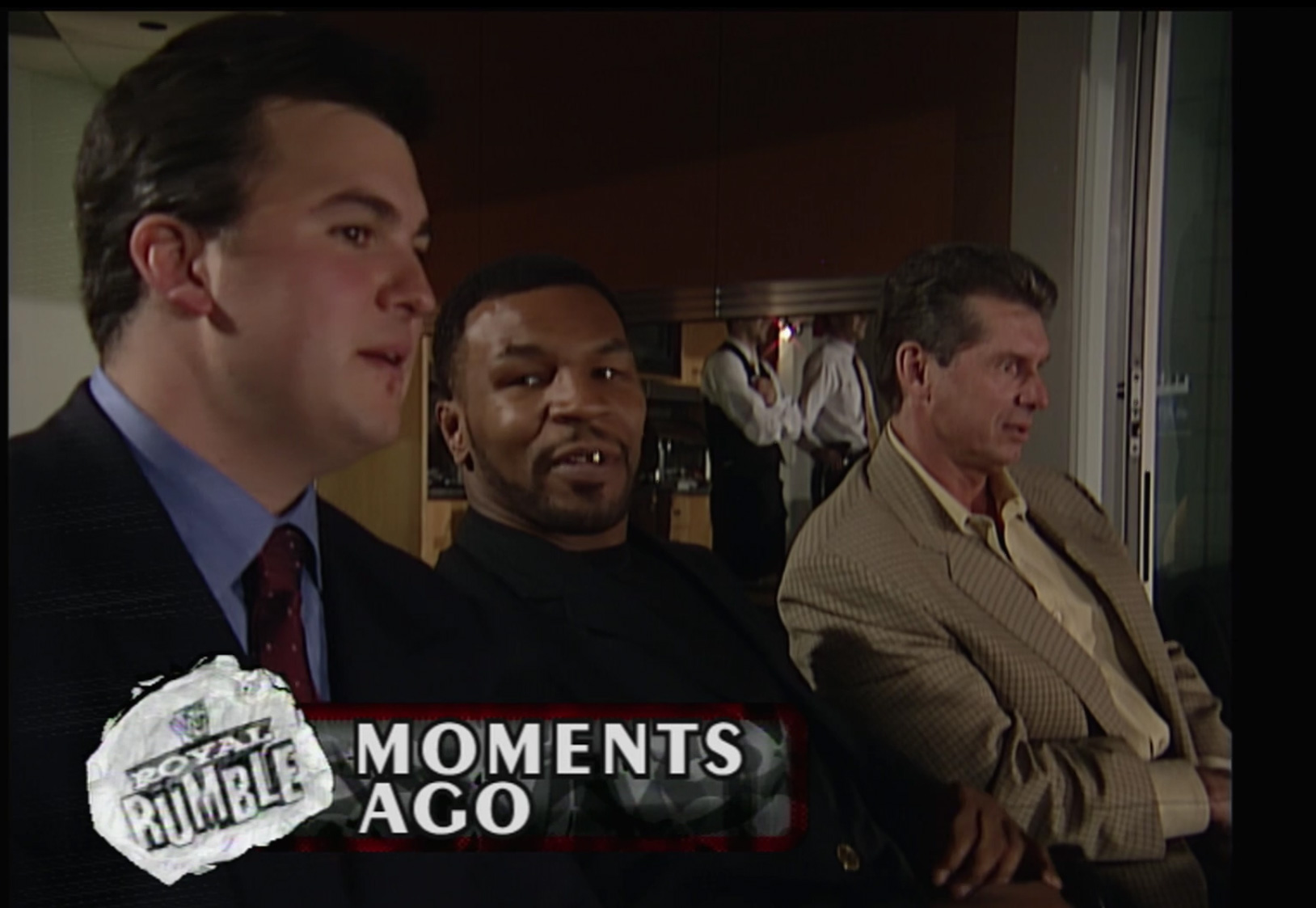 Prior to the next match, we revisit RAW is WAR from 12/22 when Shamrock dominated D’Lo Brown. The following week, he made Kama tap out. Thanks to NoD shenanigans, Shamrock got the better of Faarooq the week after that. Fast-forward to last Monday when Henry turned on Shamrock to join the NoD.

Backstage, Cole interviews Rock. We then revisit the Free-For-All when dissension arose within the NoD. Rock makes a Clinton joke then cuts a promo on Shamrock. 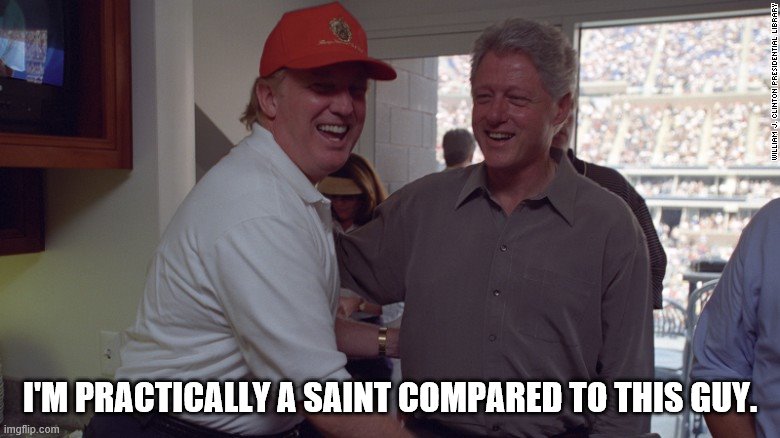 Match 3 for the WWF Intercontinental title: The Rock (champion w/o the Nation of Domination) versus Ken Shamrock

Summary: If you like old school finishes, then this match is right up your alley. Did Lawler book this?

After the match, Shamrock loses his temper and supplies Chioda with a belly-to-belly suplex. That’ll cost ‘im! He then applies an ankle lock on Chioda much to the delight of the San Jose faithful. Officials sprint to the ring to save one of their own, but Shamrock intimidates them much like a grizzly bear in the woods.

Backstage, Los Boricuas, seeking Austin, triple-assault a bald wrestler. Instead of Austin, it runs out to be Skull. Therefore, a pier-six brawl erupts between Los Boricuas and the DoA.

Video featuring the Road Warriors airs. Afterward, we witness their destruction at the hands of the NAO.

After the NAO makes its entrance, Cole interviews the Road Warriors. Animal yells while cutting a promo on the NAO while Hawk, with only one-half of his trademark haircut left, wants to turn the NAO from cool to frozen. 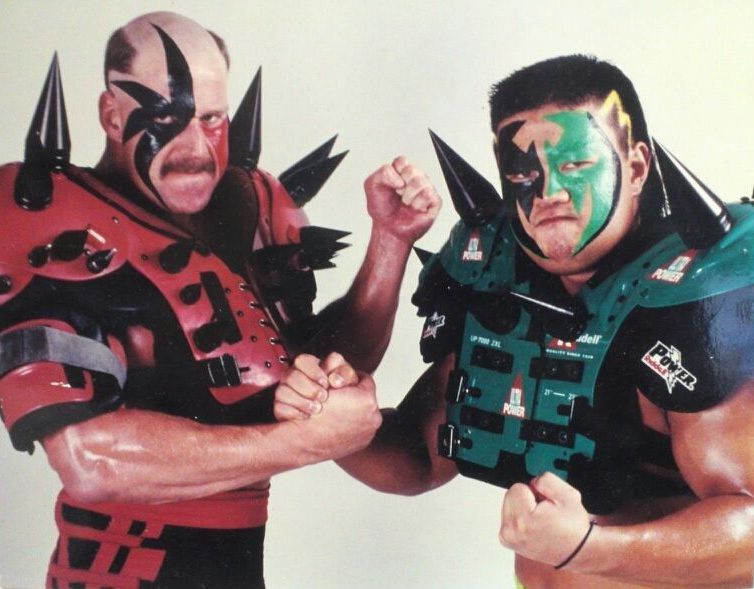 Summary: If the point of the match was for the Road Warriors to make the champs look good, they didn’t accomplish their mission. If it was their point to bring them down to their level, then they succeeded.

After the match, Road Dog continues his assault to Animal’s back with a chair. He then positions Animal in the center of the ring, and Gunn hits a splash from the second turnbuckle. Next, an irate Hawk breaks the handcuffs and annihilates the NAO including a chair shot to Road Dog.

We then revisit the rampage of Austin upon the WWF.

Meanwhile, Tyson gets a mostly negative reaction from the San Jose faithful. Perhaps he bit off more than he could chew. 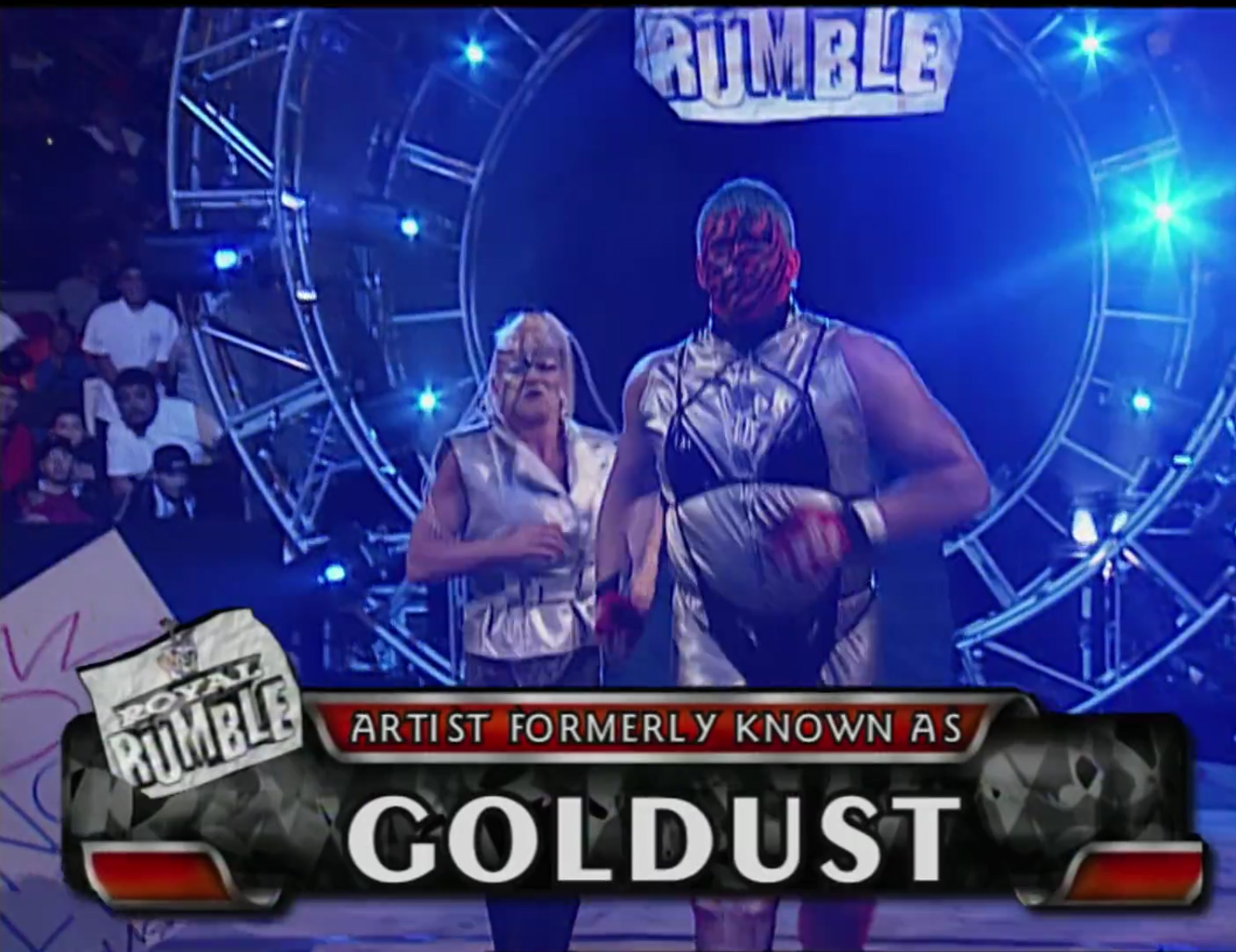 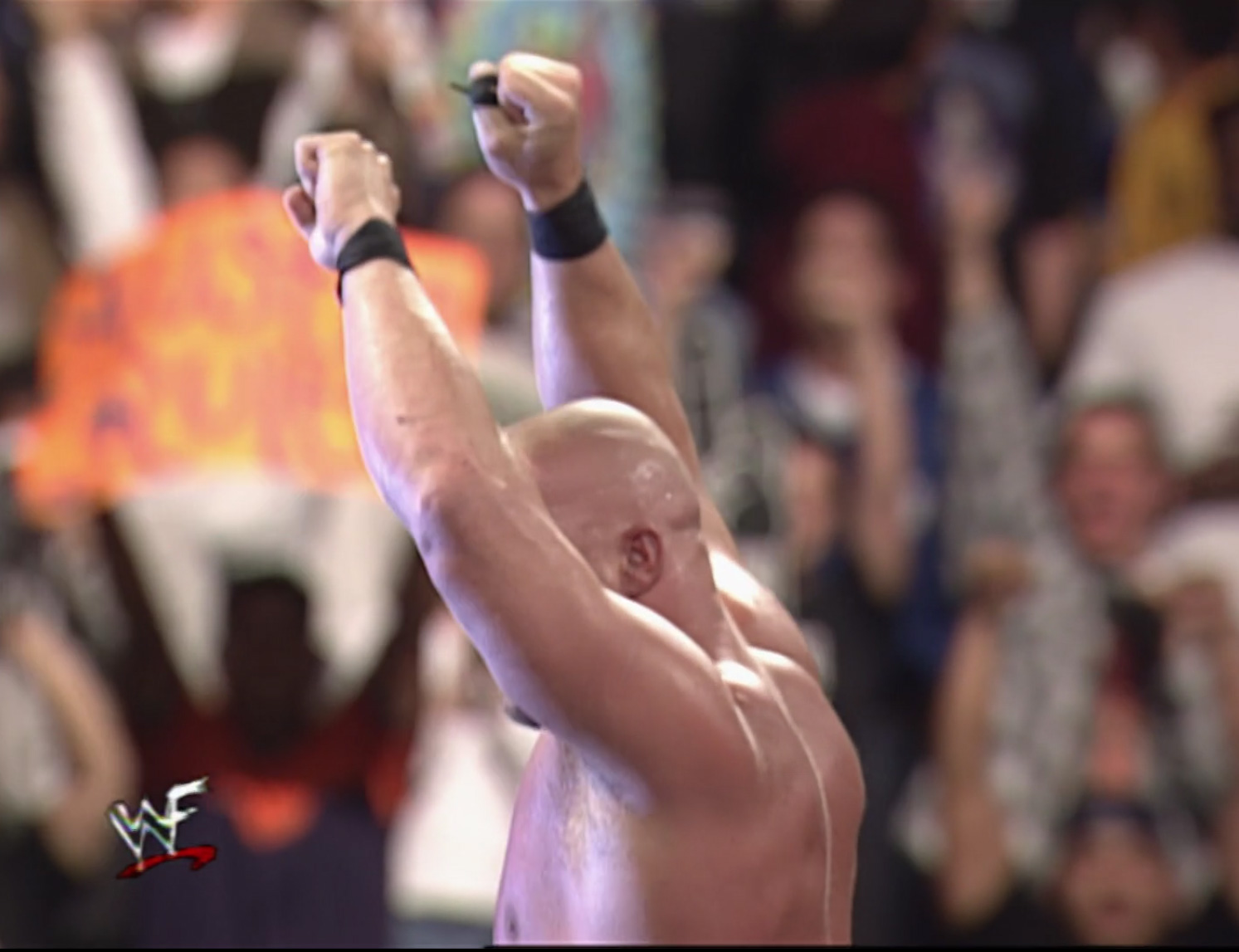 Summary: A lot of rest spots and using Foley three times exposed how thin the roster was at this point. Nevertheless, the slow build to Austin being at the top of the promotion continues. The Rock also gets an honorable mention for his longevity and workmanship.

From the skybox, Cole interviews Tyson who refers to Austin as “Cold Stone.” HA! 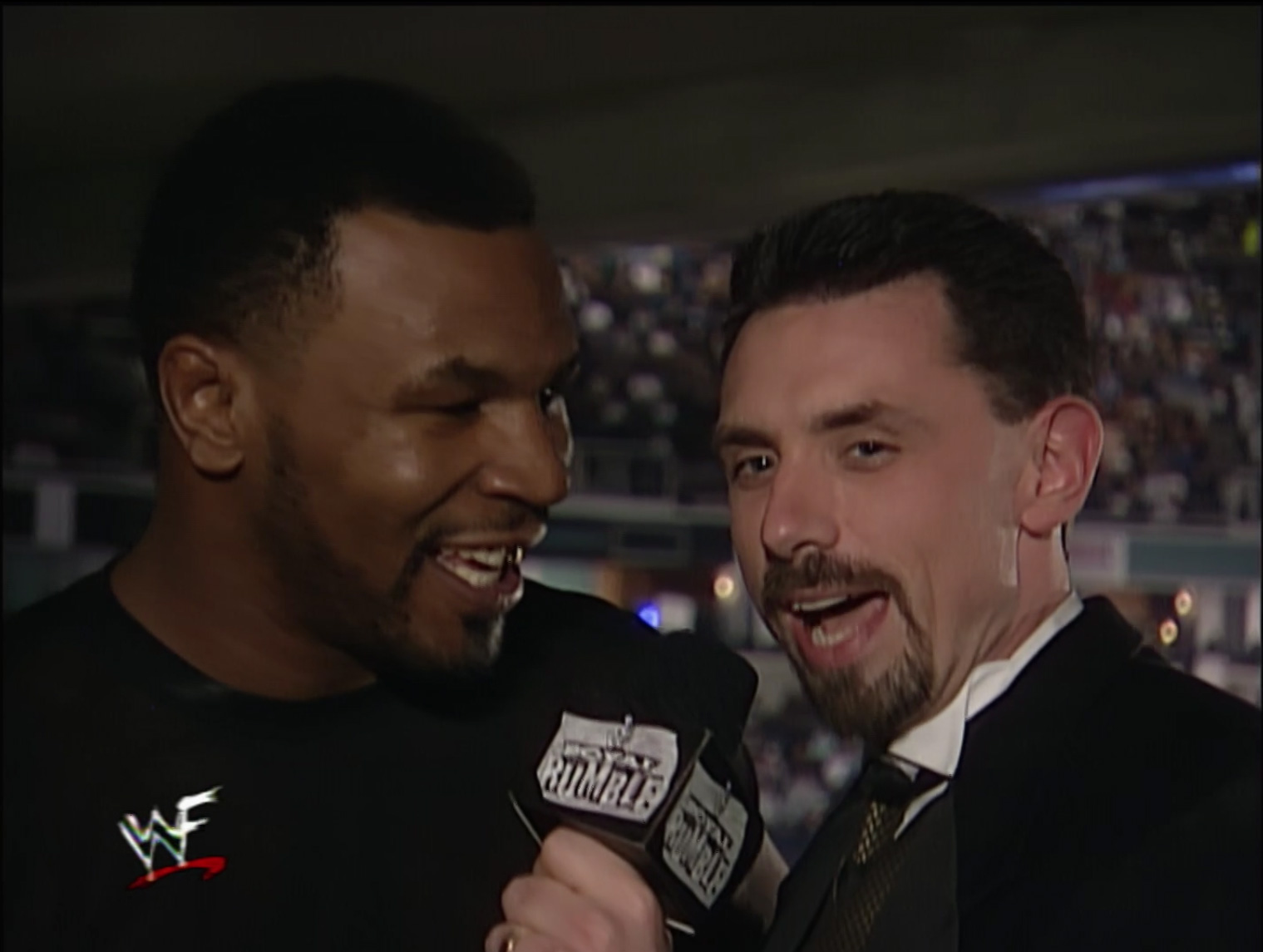 Video airs promoting the rivalry between Michaels and Undertaker. 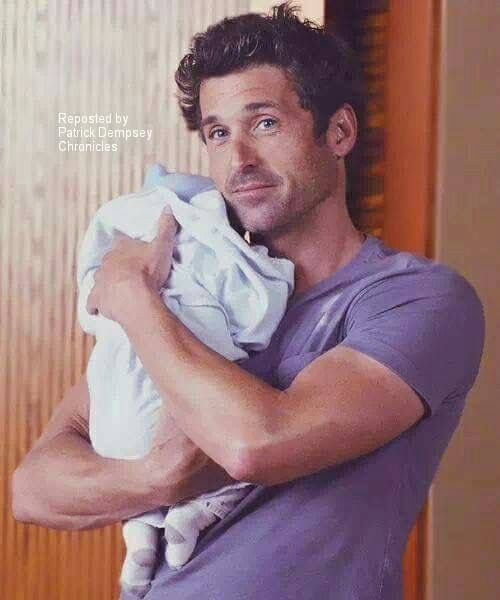 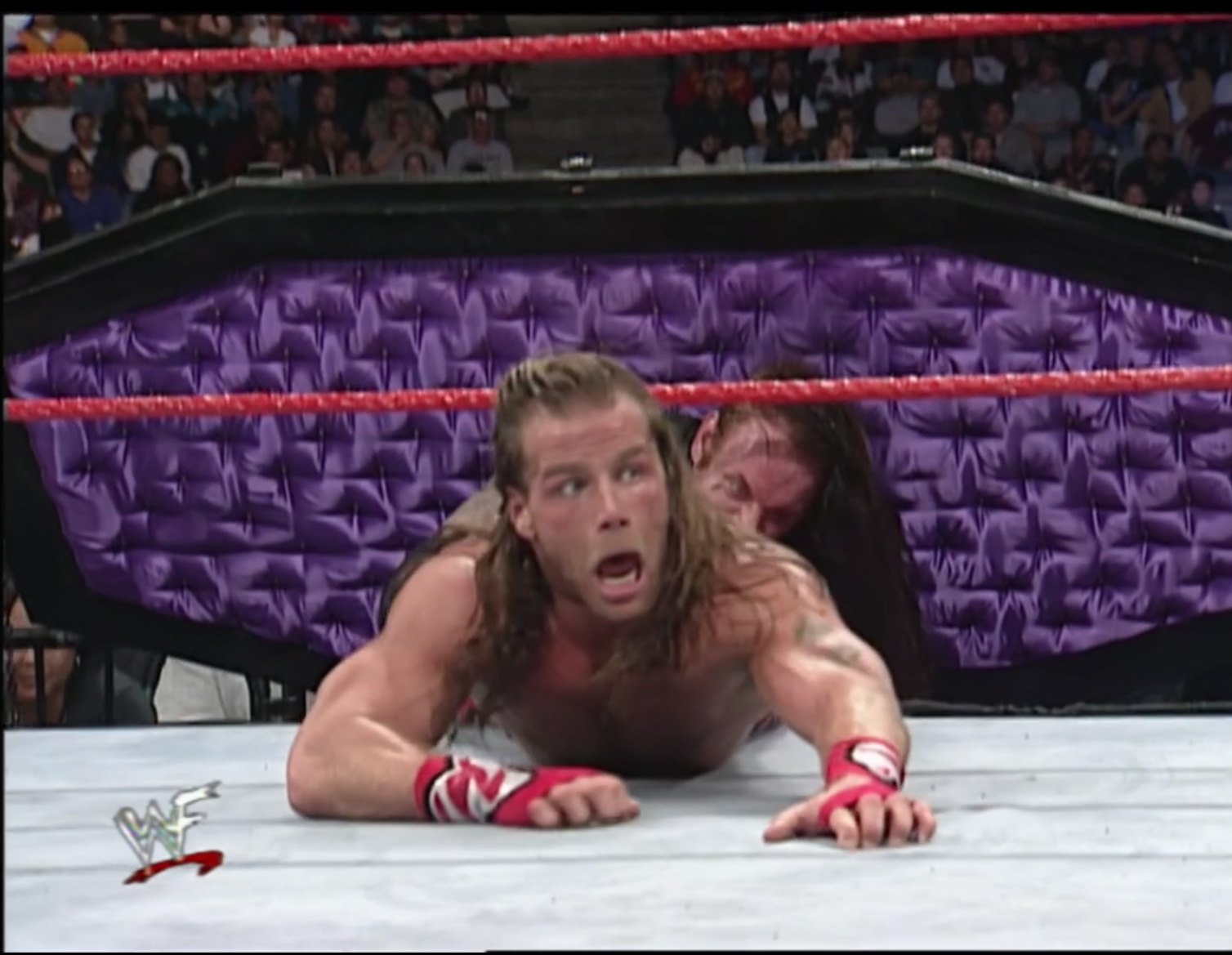 Summary: Michaels did it again in the main event. He brought the goods, and he and Undertaker sold the show. Unfortunately, the shot to Michaels’ back from the casket is partly to blame for a four-year hiatus from the ring. But what happens next?

After Kane and Paul Bearer lock Undertaker in the casket, they wheel it to the entrance. Kane then retrieves an axe from backstage and destroys the casket. With Undertaker inside, Kane pours gasoline on the casket. Bearer then lights a match and ignites a matchbook. While receiving the matchbook from Bearer, Kane sets the casket ABLAZE! 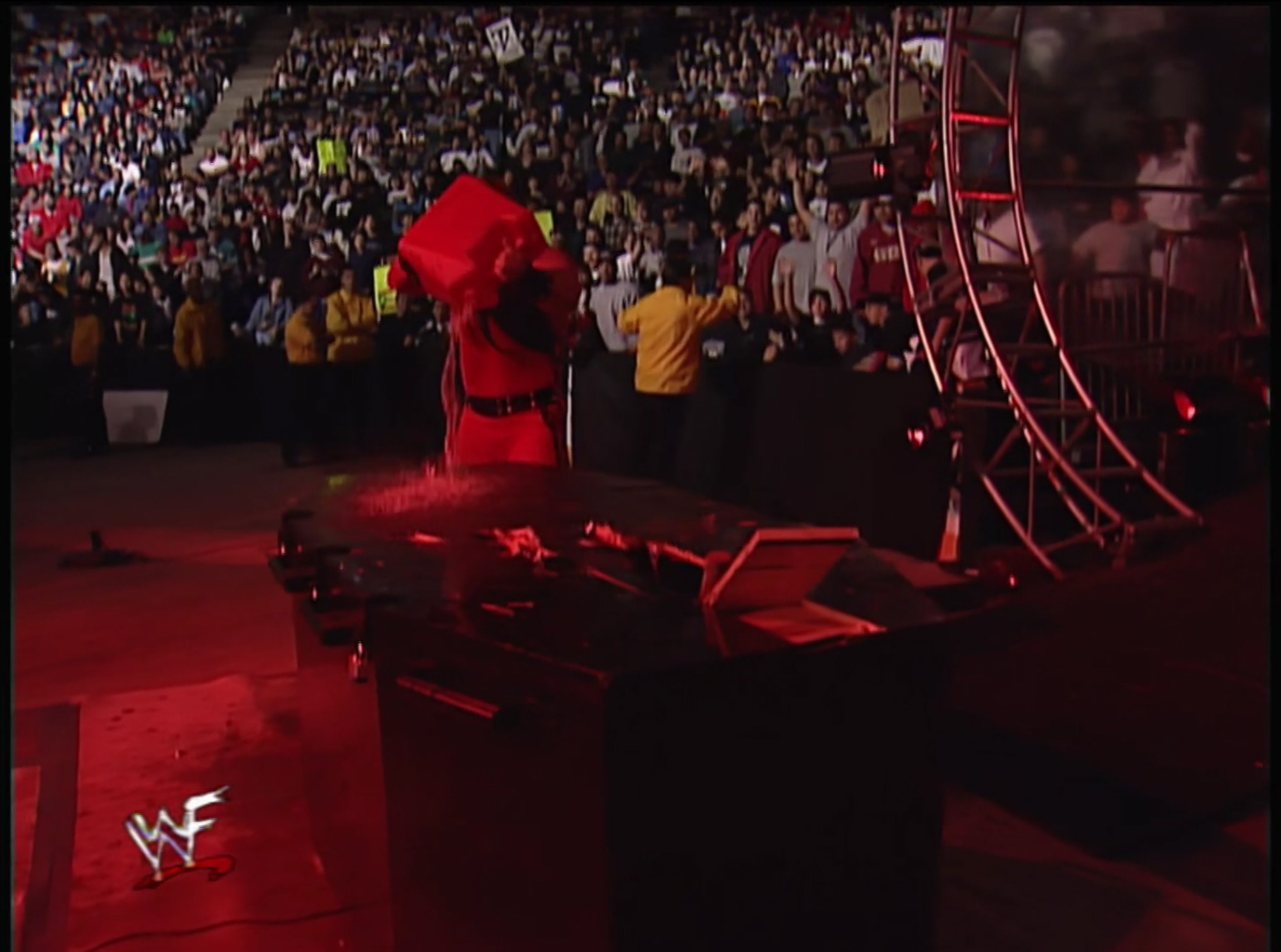 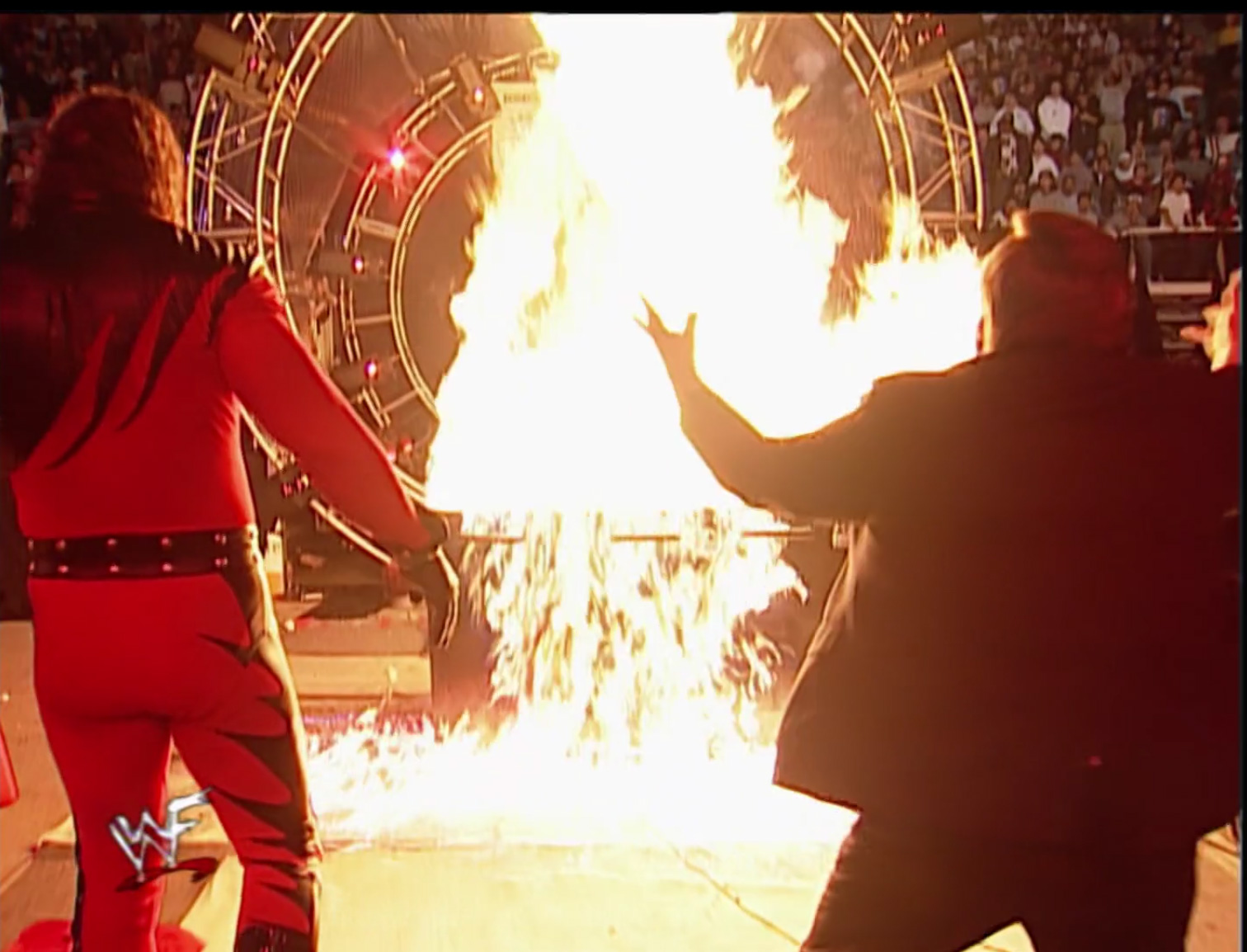 Conclusion: The Road to WrestleMania XIV begins here, and Austin is on his way to the main event. While Michaels uses every trick he had, he retains the WWF title. Speaking of retaining, Rock employs some chicanery to pull a fast one on the not-too-swift Shamrock. Lastly, the NAO retains despite the Road Warriors being in their path.

Definitely check it out if you’ve never seen it or hadn’t seen it in years like me. Austin fans relive this moment quite often.