Who will win the Rumble match to become the #1 contender to the WWF title? Will the "Bad Guy" become WWF champion? Can Jannetty exact revenge against former tag partner Michaels and gain the IC title? Let's find out!

Summary: Successful WWF PPV debut for the Steiners and a solid opener with the Sac-town faithful firmly in the Steiners' corner. This would be the final supershow appearance for the Beverlies as Wayne Bloom sought semi-retirement in April.

Video airs featuring the Rockers and their break-up. Included is Jannetty's return on 10/12/92 where he inadvertently CREAMED Sherri instead of Michaels with the mirror. 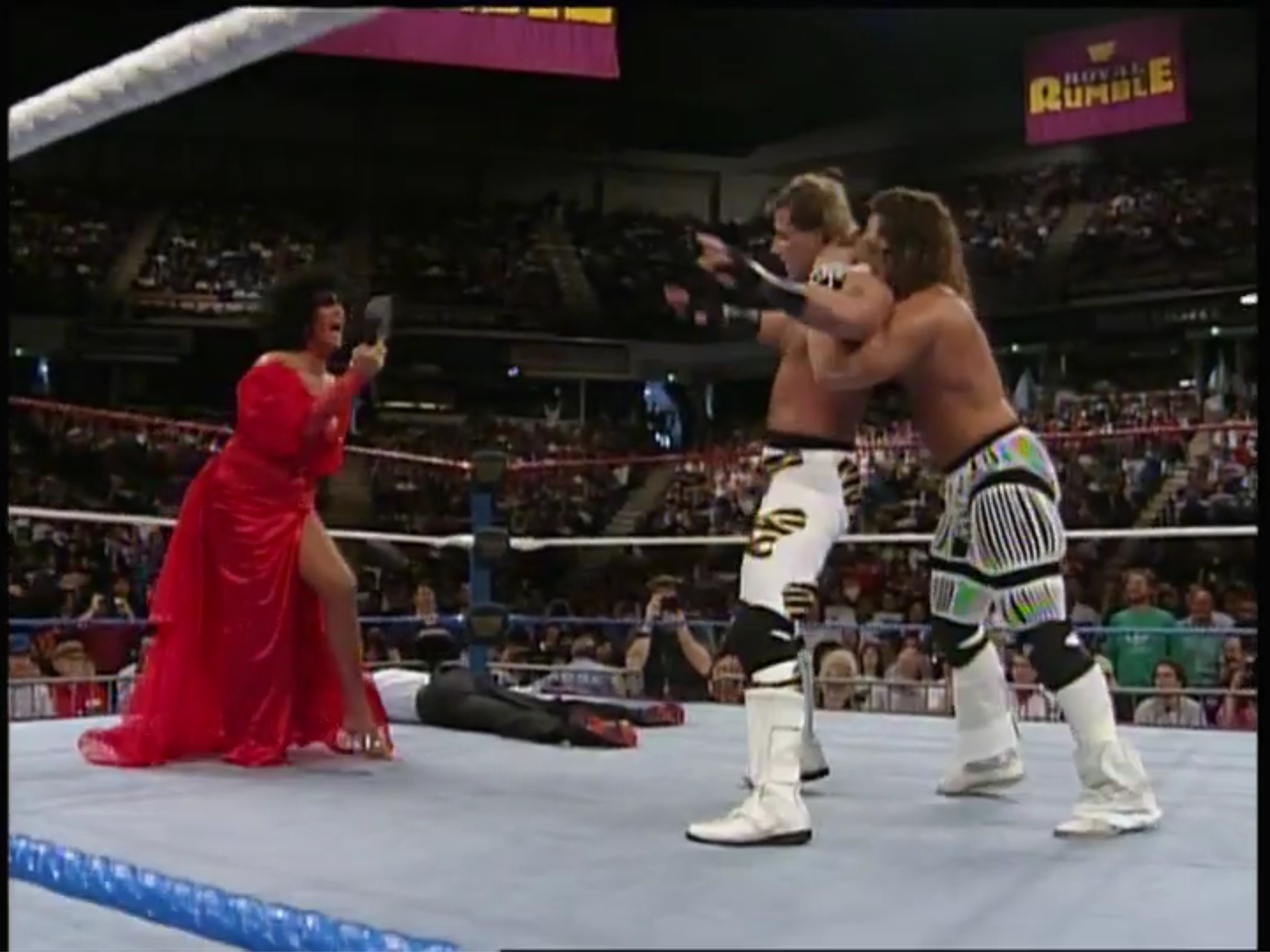 Summary: Interesting story here as Michaels and Jannetty supposedly tore the house down two nights earlier in Denver, CO. However, the next day, they performed a matinee in Reno, NV. Needless to say, but Reno has quite the party atmosphere with its share of casinos. According to both Michaels and Jannetty, neither man got a decent night's sleep (hungover perhaps?) before this show which began at 1pm PST. While Vince McMahon was unimpressed with the quality of the match, allegedly Ray Stevens fingered Jannetty for sleeping/being comatose during the San Jose TV taping the following night. Subsequently, Jannetty was fired. As far as the match goes, the Sherri factor affected the finish to an otherwise terrific match.

After the match, Sherri runs backstage while "Mean" Gene Okerlund tries to calm her. Michaels sees her on the video wall and runs backstage. Okerlund then yells at her to "settle down" while Michaels confronts her. Suddenly, Jannetty jumps on Michaels' back to protect Sherri. He and Michaels brawl until officials separate them. Obviously, this feud was supposed to continue.

Summary: Showcase match for the newcomer Bigelow. This was Bossman's last WWF PPV appearance until 1998.

We then revisit WWF Mania from two weeks ago when Ramon attacked Owen Hart.

Next, a pre-recorded interview by Ramon airs during a Sacramento Kings game. I'm surprised Spud Webb didn't make a surprise appearance and dunk on the "Bad Guy." Shockingly, the Kings actually beat the Minnesota Timberwolves that night. 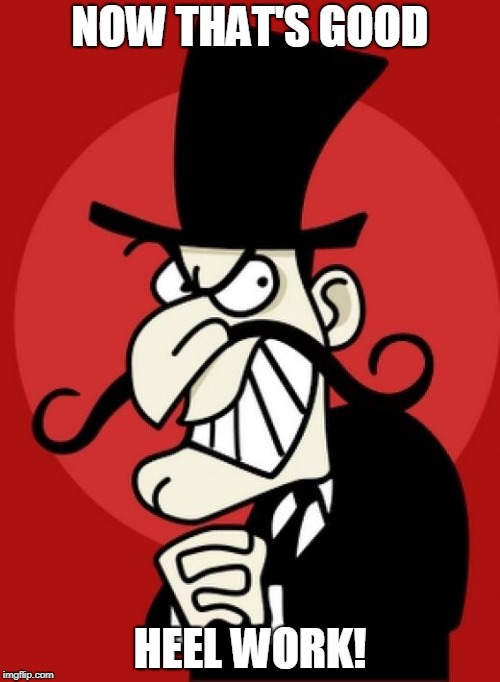 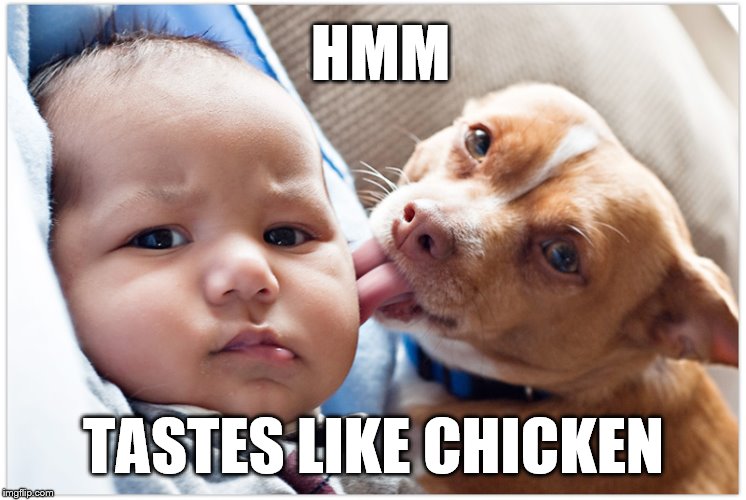 Summary: Great psychology by both wrestlers, and Bret's uncanny yet unpredictable ability to hook his finisher make this match worthwhile.

Heenan then unveils Narcissus a.k.a. The "Narcissist" Lex Luger. His fawning over Luger is unsettling to say the least. Next, Luger claims to be the "most dominant force the WWF has ever seen" and cuts a promo on Mr. Perfect. 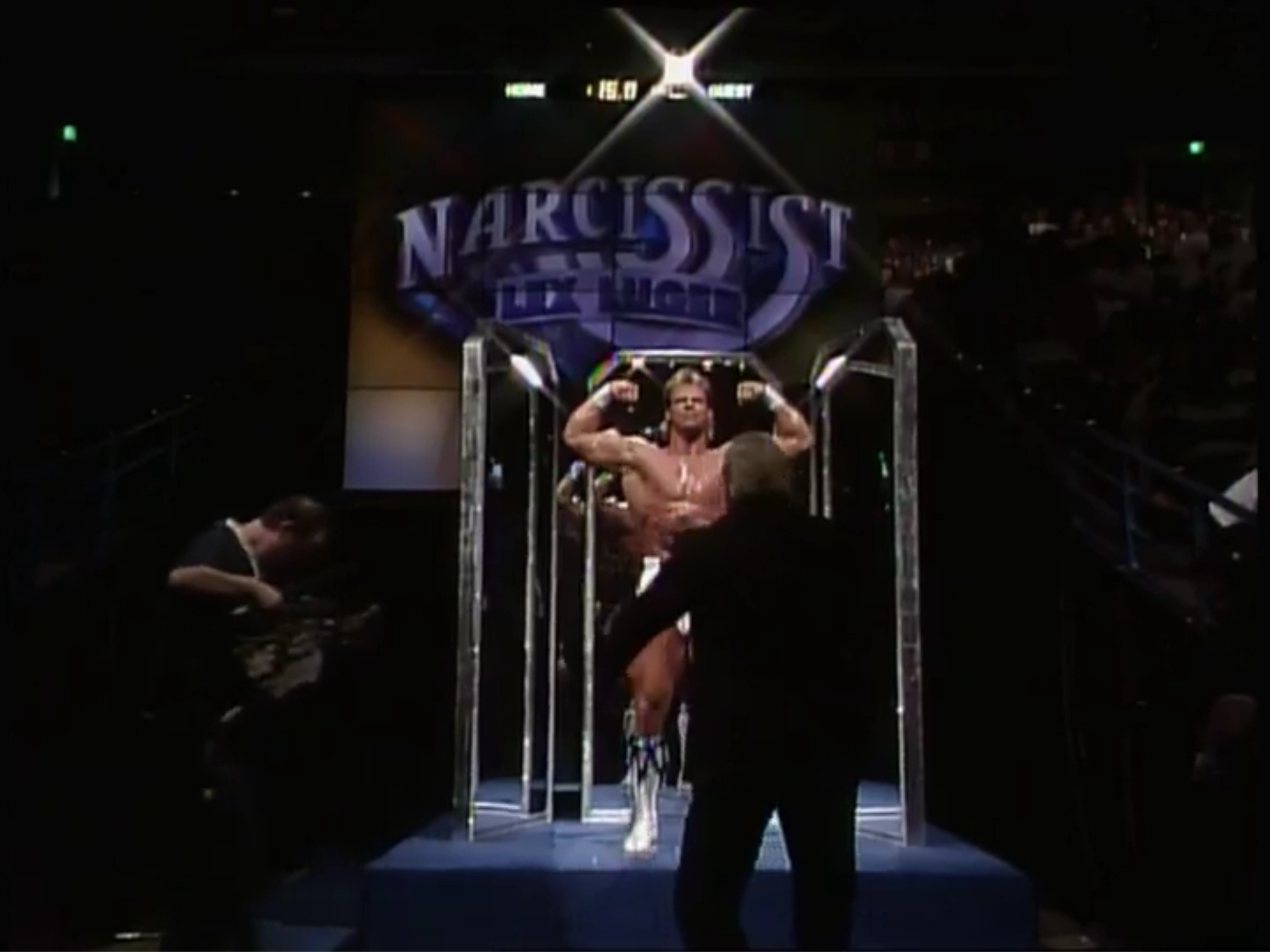 Caesar and Cleopatra come to the ring and invite everyone to WrestleMania IX on April 4. As he shills Caesar's Palace in Las Vegas, Caesar states that the winner of the Rumble match will face the WWF champion at the event. But will he walk away the WWF champion? Stay tuned! 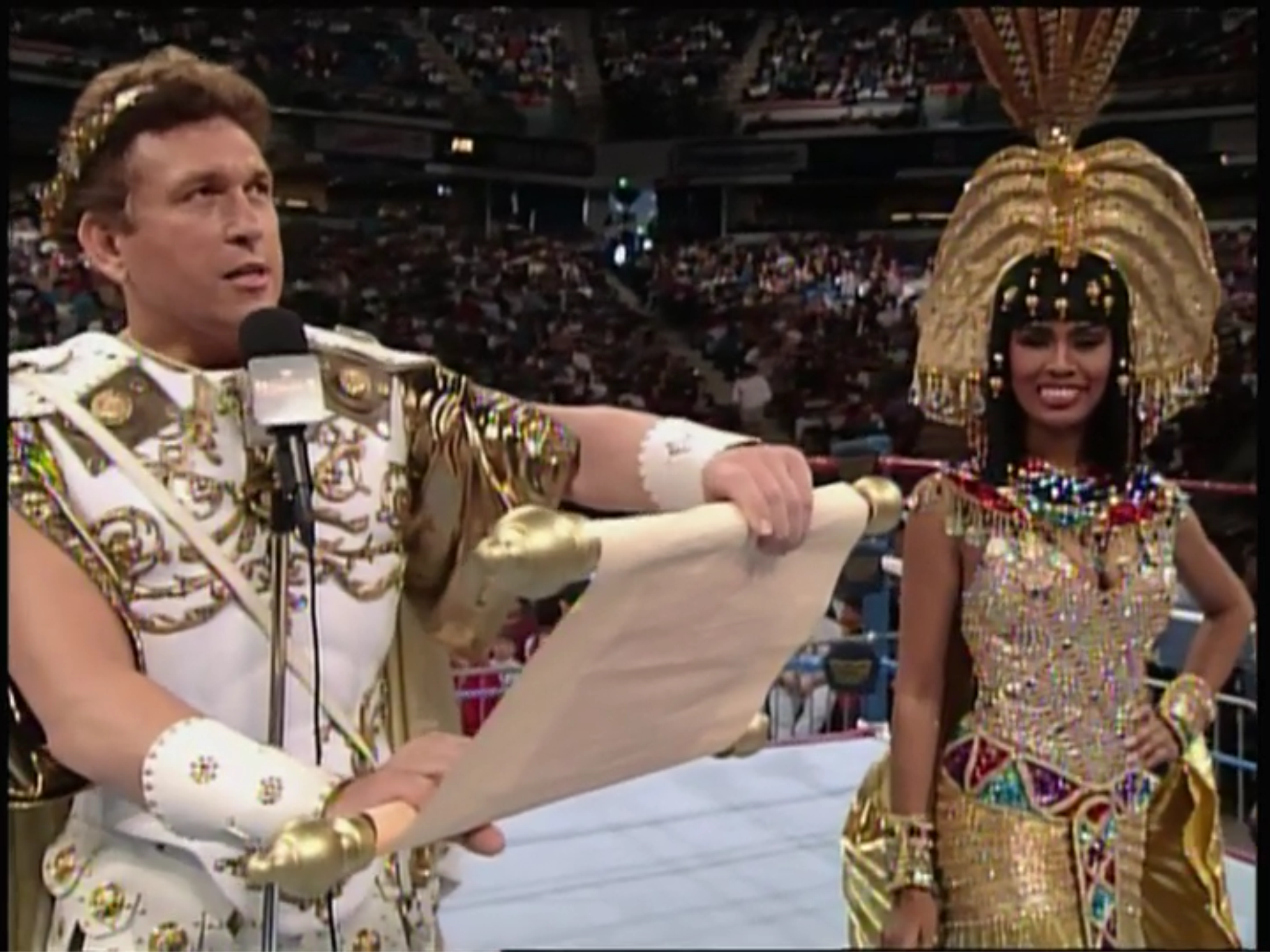 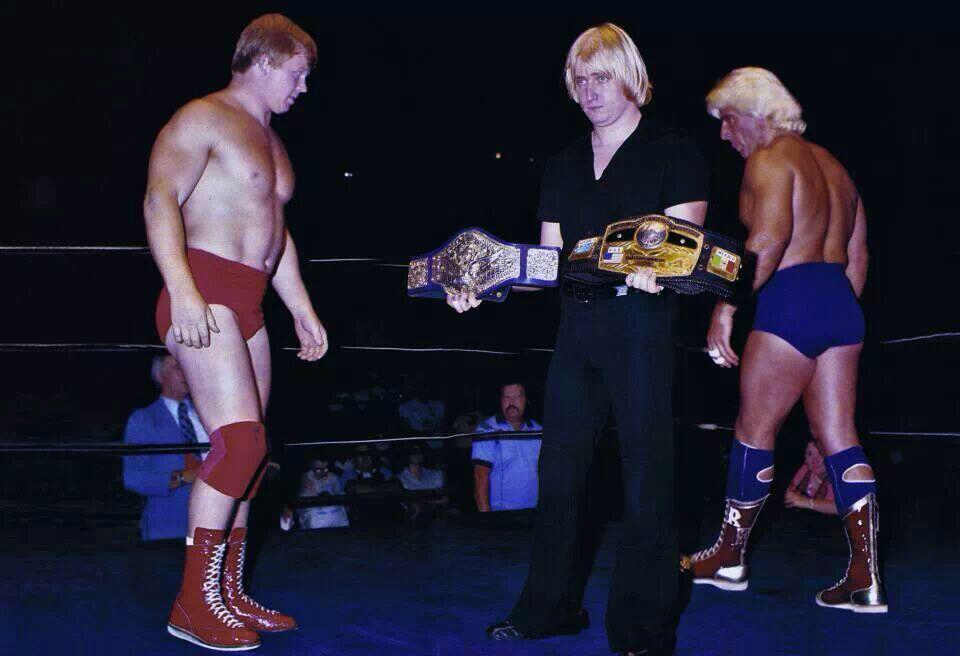 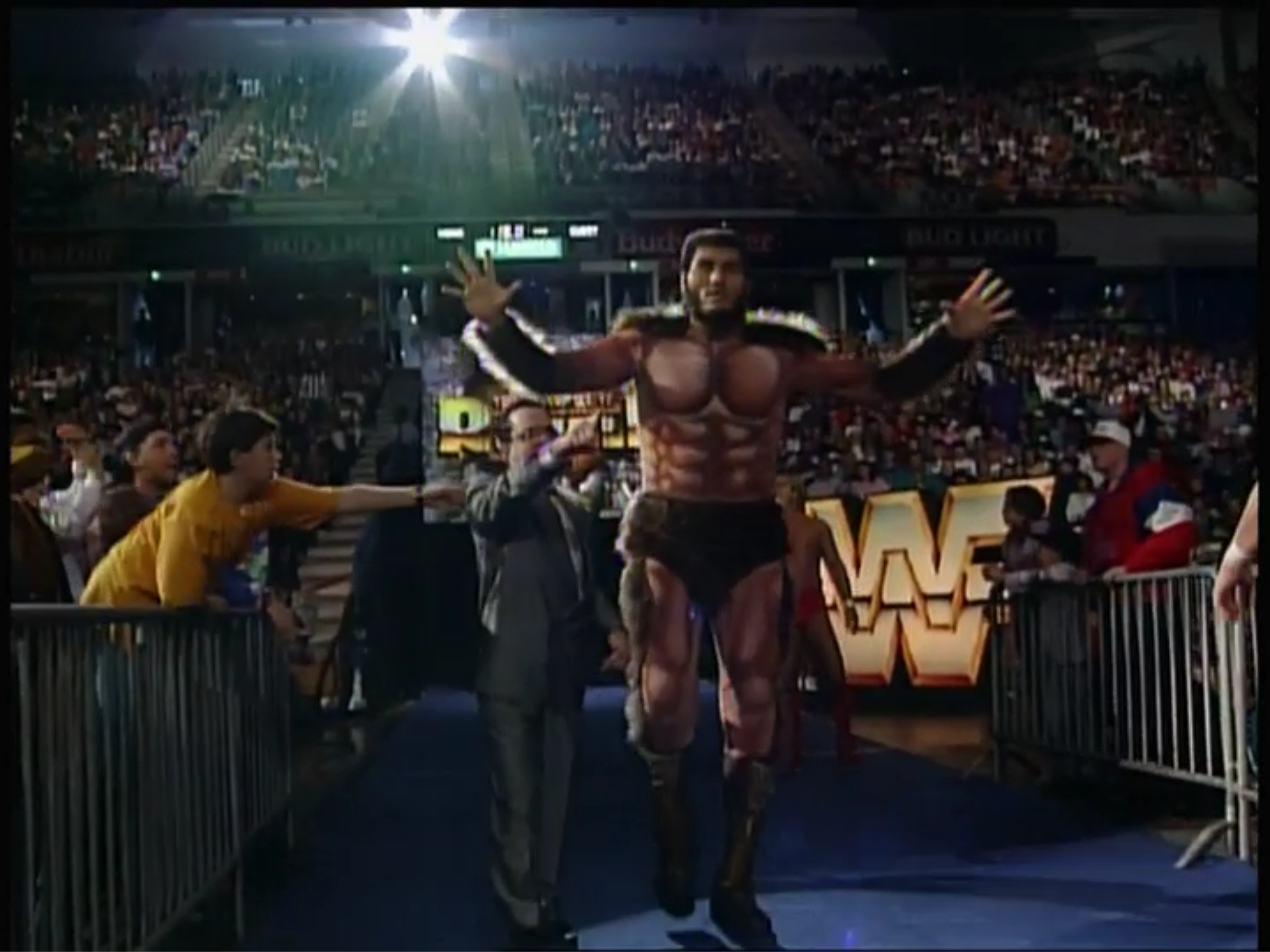 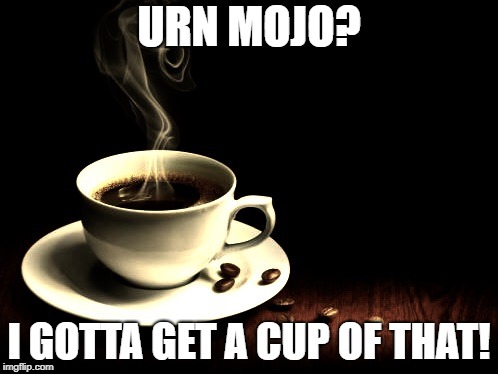 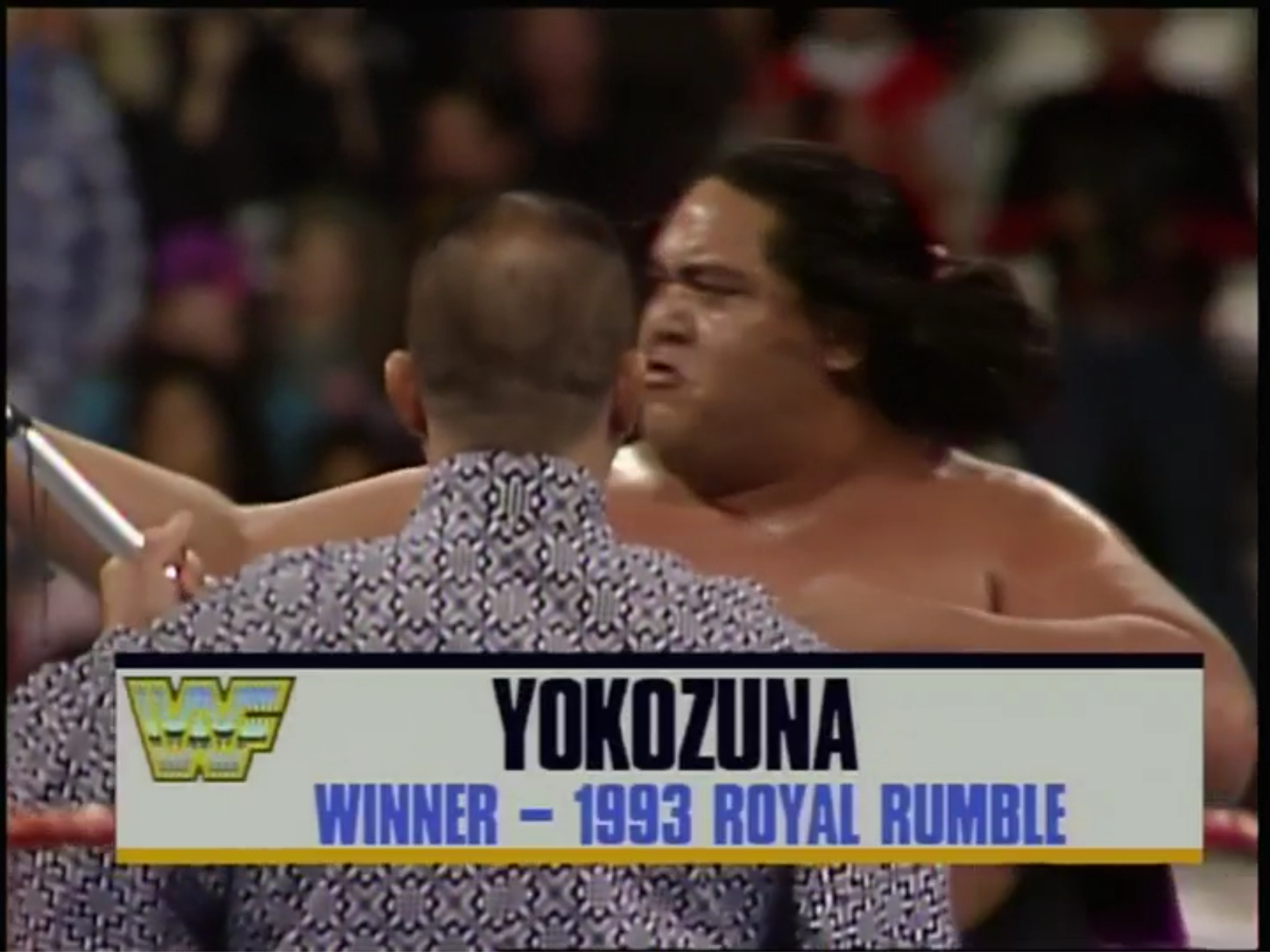 Summary: Despite a severely dry spot in the middle, the Backlund run, the Flair-Perfect chemistry, and Savage's late-inning rally made for an extremely entertaining Rumble.

After the match, Caesar and Cleopatra re-emerge to offer their praise for the #1 contender to the WWF title. The still highlights then roll, and Bret stands face-to-face with Yokozuna backstage to finish the show.

Conclusion: While it would be nearly impossible to compare the Rumble match to last year's version, this show's quality is better from top-to-bottom than its most recent predecessor. The Steiners-Beverly Brothers match set a good tone while the IC title match was extremely good. Furthermore, the WWF title match gave us Bret at his best, and the Rumble was truly entertaining.

Finally, this show marked the last time Monsoon and Heenan called a supershow together. I guess Heenan finally stopped. Check the entire show out if you've either not seen it or haven't seen it lately.