The WWF title stands as the prize for the Rumble winner this year? Will it be fair to Flair? Let's find out! 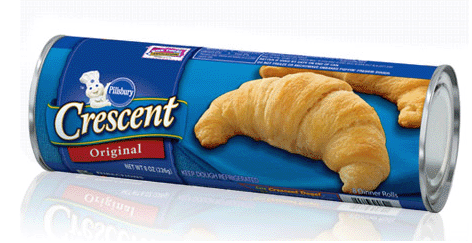 Summary: All hail Owen as he carried this match with great workrate, selling, and high-flying. In addition, the tag formula kept the Albany faithful glued to the match while enjoying it immensely.

Backstage, Lord Alfred Hayes narrates a video where Mountie defeated Bret for the IC title on 1/17 in Springfield, MA. Allegedly, Bret had a 104° fever, but I smell a contract dispute instead. After the match, Mountie WALLOPED Bret in the back with the belt, but Piper came to the ring. When Mountie exited the ring, Piper aided Bret. That allowed Mountie to sneak back into the ring and HAMMER Piper with the belt. Afterward, Piper nailed Mountie chasing him from the ring. 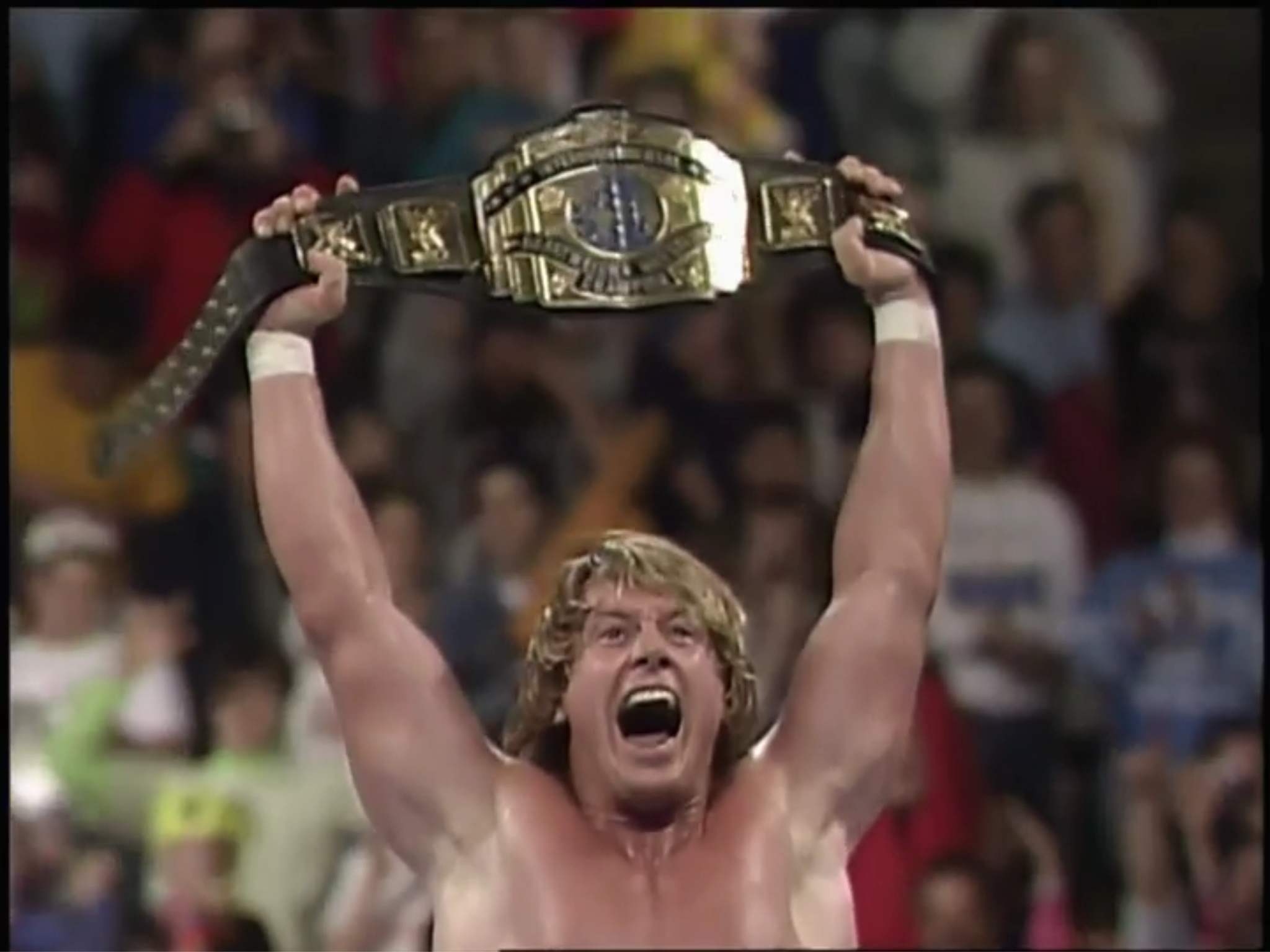 Summary: The rating is based upon the Albany faithful's love for Piper and the historic moment of Piper's first championship in the WWF. Nothing else matters.

After the match, Hart runs in with the cattle prod, but Piper steals it from him. Piper then wakes up Mountie with it.

Backstage, Hayes stands outside Hogan's dressing room. As Hayes enters, Hogan cuts a promo about winning the Rumble. Three years in a row?

Match 3: The Beverly Brothers (w/ the Genius) versus the Bushwhackers (w/ Jameson) 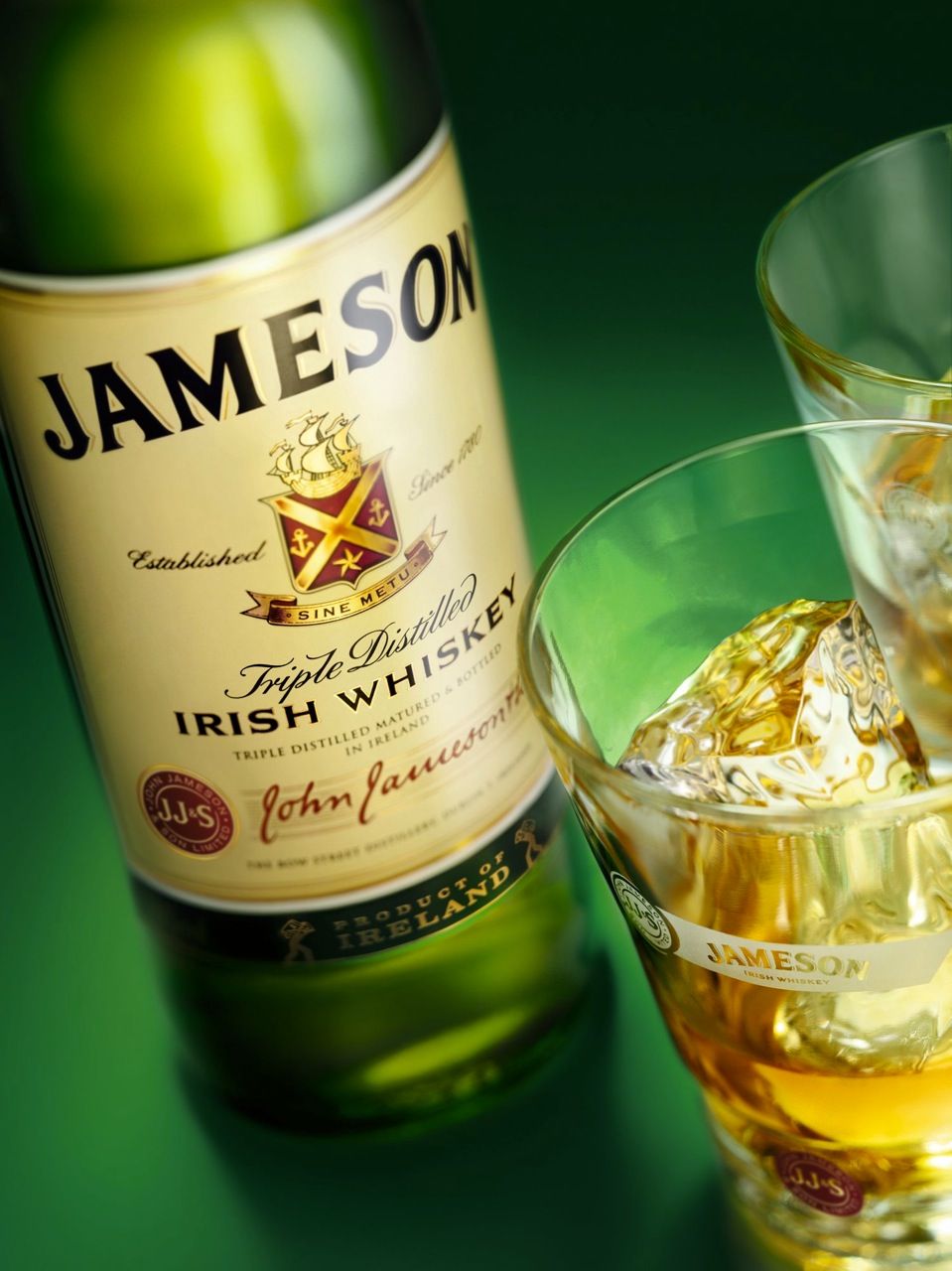 Summary: Pure comedy match that gave the Albany faithful plenty of time for a bathroom break and some popcorn. I suggest that you do the same during this match. At least the Bushwhackers can energize a crowd.

After the match, the Bushwhackers ambush the Beverly Brothers from behind and deliver stereo back elbows. They then give each Beverly a battering ram and bring Genius into the ring the hard way. While Luke holds Genius, Jameson comes in and kicks Genius in the shin. He then punts Genius out of the ring to put this match out of its misery.

Summary: Despite the awful decision, the psychology by the Natural Disasters made sense and improved the match. Methinks this feud must continue.

After the match, Earthquake rams Hawk back-first into the ring post. Hawk then re-enters the ring with a steel chair and WALLOPS each Natural Disaster with it. While he gave Earthquake an Irish whip, Animal SMACKS Earthquake with the chair.

Back in the gold locker room, Mooney interviews the angry Natural Disasters who declare themselves champions.

Backstage, Okerlund interviews the NEW Intercontinental champion. An elated Piper has his "eyes on the prize" and dedicates the match to his son, Colt. Aw.

From the gold locker room, Mooney interviews Michaels. We then revisit the break-up of the Rockers. Ever so confident, Michaels is ready to win the title.

Backstage, Hayes interviews Flair who reveals that he's #3 in the Rumble yet is prepared to win the title. Thanks for the spoiler, Coliseum Home Video.

Savage not only sets his sights on Roberts but also the WWF title.

Repo Man's ready to secure the title away from other WWF superstars. 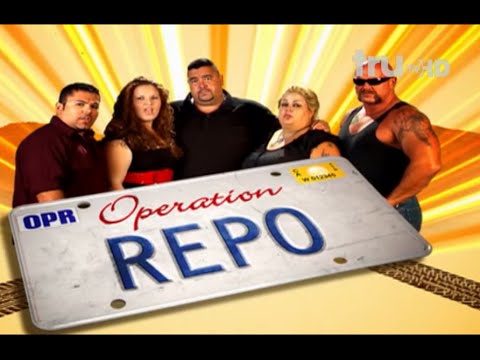 Reminiscing about winning a battle royal at Royal Albert Hall on 10/3/91, Smith's ready to maintain the Rumble's royalty.

Roberts is ready for Savage and the title. Do you trust him?

As Mr. Perfect promotes him, Flair misquotes the evil queen from Snow White and the Seven Dwarfs.

Speaking of regaining the title, Hogan cuts a promo on doing just that. 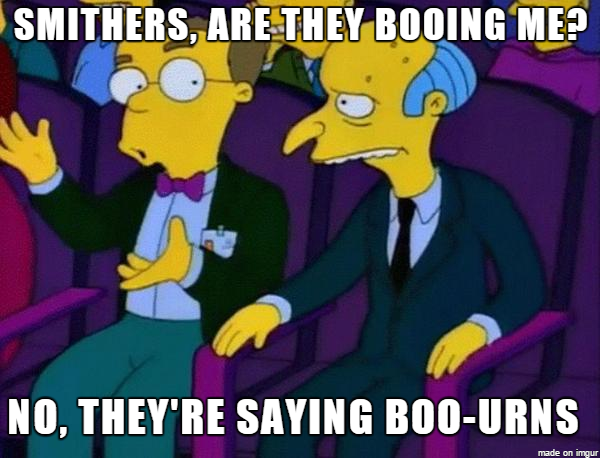 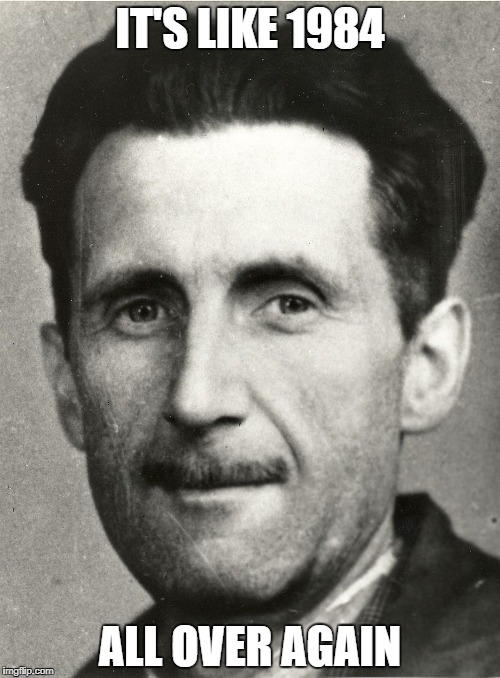 Summary: Best Rumble match thus far and will be hard to top going forward. Numerous workhorses kept the match rolling while the workhorse with the most stamina won it.

After the match, Hogan chases Flair from the ring as Perfect raises Flair's hand. Meanwhile, Heenan leaves the broadcast table to join Flair. Justice then stands behind Hogan while antagonizing him. Before any shenanigans occur, officials separate them. Leaving the ring, Justice informs Hogan: "I'll kill you."

Backstage, Okerlund hosts the presentation of the WWF title to Flair. Tunney then shakes Flair's hand and gives him the belt. In a famous promo, Flair gives the "with a tear in my eye" speech and calls this victory "the greatest moment in (his) life." If that wasn't a potshot at Jim Herd, I don't know what is. He then states "(the WWF title) is the only title in the wrestling world that makes you number one." 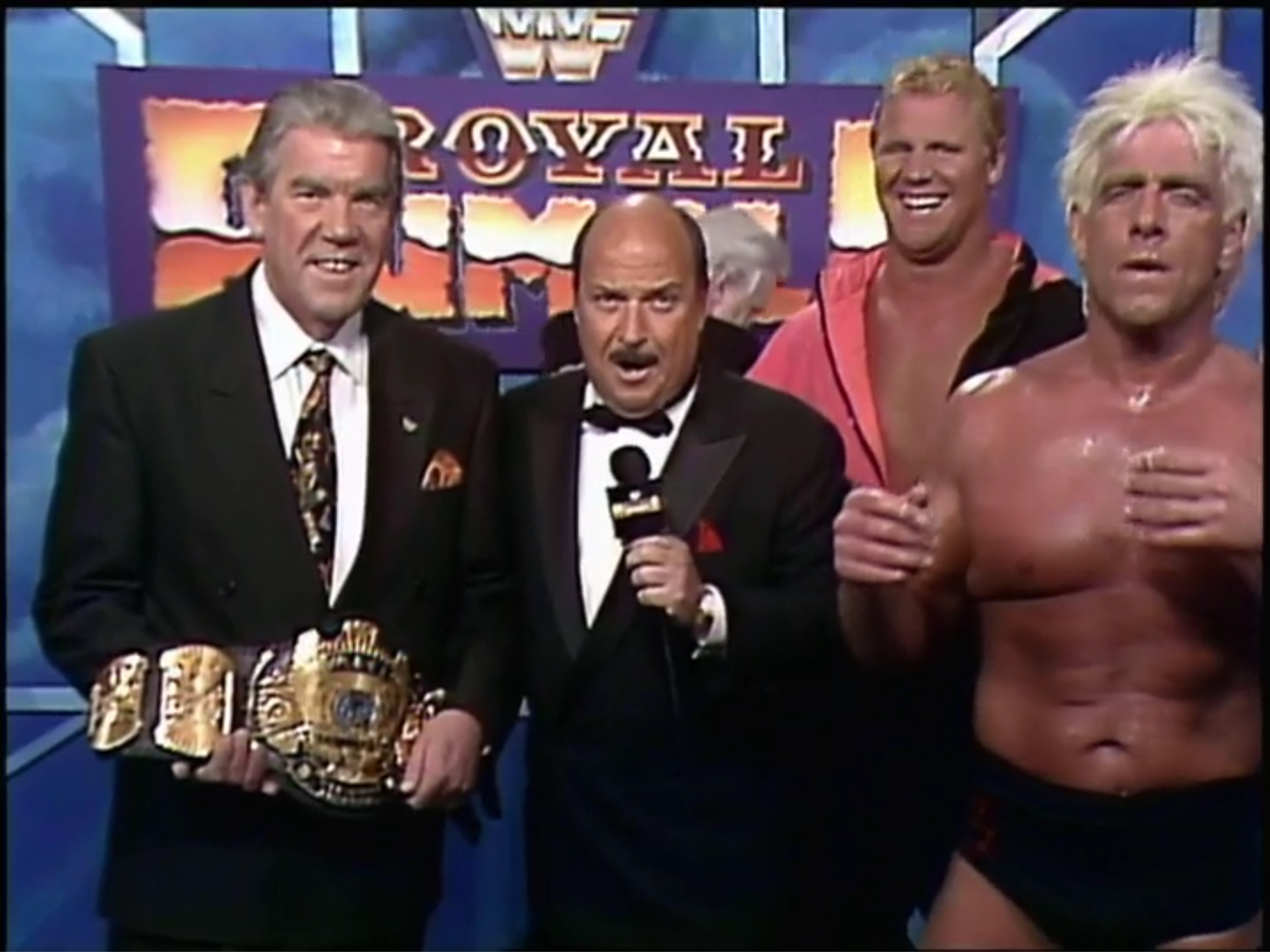 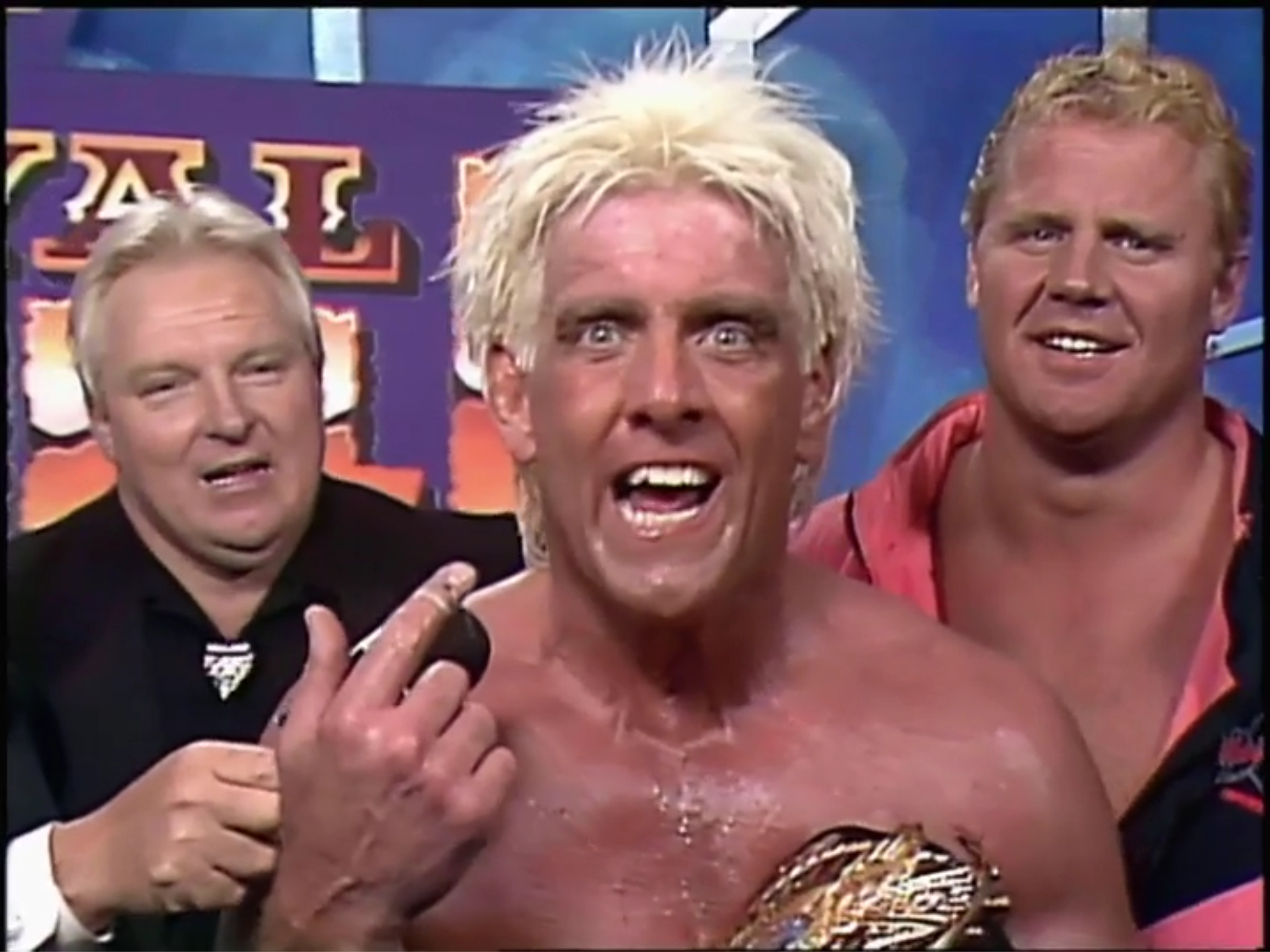 Afterward, Perfect, Heenan, and Flair share some "woo" and "told ya so" with anyone who's watching. Okerlund then instructs a crew member to put out a cigarette as Flair relishes his moment in the sun.

Conclusion: While I love the opener and Piper's victory, the selling point of the show is certainly the Rumble match. After all, the match is required viewing for any and all wrestling fans. It may not convert a neophyte, but it's definitely worth trying. Gather your friends, fire up the WWE Network, and enjoy!