Will Hogan regain the World title he lost just five days earlier? Can the Steiners recapture tag team gold against the Outsiders? What else can happen during a bike rally? Let's find out! 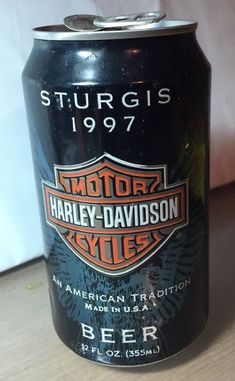 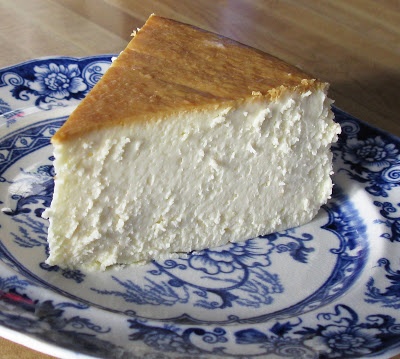 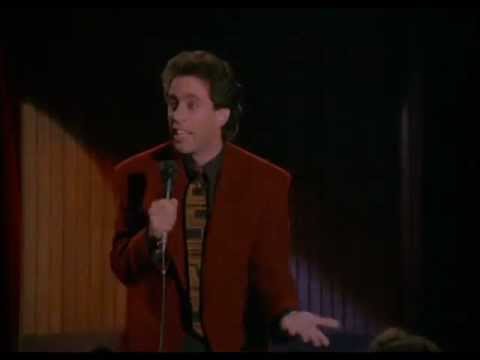 Summary: Tag formula was reversed as Harlem Heat "stole" a victory from the "babyface" nWo. In other words, Jacqueline's "surprise" appearance paid dividends.

Earlier today, Ted DiBiase sitting alongside the Steiners chatted with fans on the WCW web site. Buy the book! 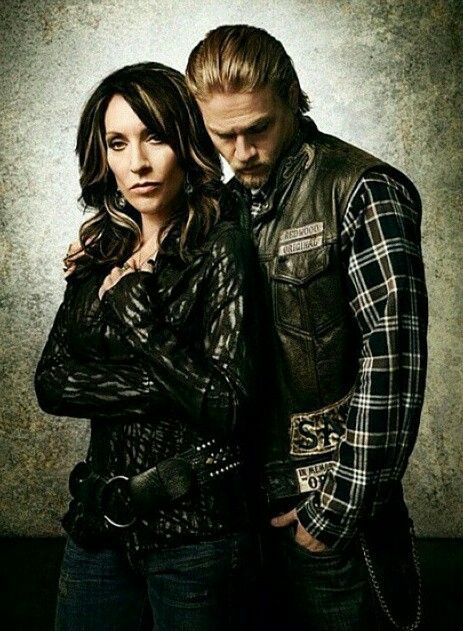 Summary: Part of the rating goes to K-Dogg for displaying irregular moves. Otherwise, this was an excuse for him to beat an already injured luchador on PPV.

After the match, K-Dogg continues to abuse Mysterio and relishes in his devilishness. The trainer and officials arrive to carry Mysterio backstage.

From a podium, 'Mean" Gene Okerlund reveals a fake tattoo while shilling the hotline. Summary: More angle than match as Jarrett spurned another victim.

We then see the motorcycle madness of WCW bikers trekking from Detroit to Sturgis.

Prior to the next match, Tenay updates Mysterio's condition. It ain't broke, doc!

Summary: According to Meltzer, this was supposed to be a title change. More on that later. Really good counter-wrestling, but the Sturgis faithful didn't get behind Jericho.

As the nWo theme began, the mayor of Sturgis—Clifford Linn—was shown.

Methinks that wasn't exactly him. 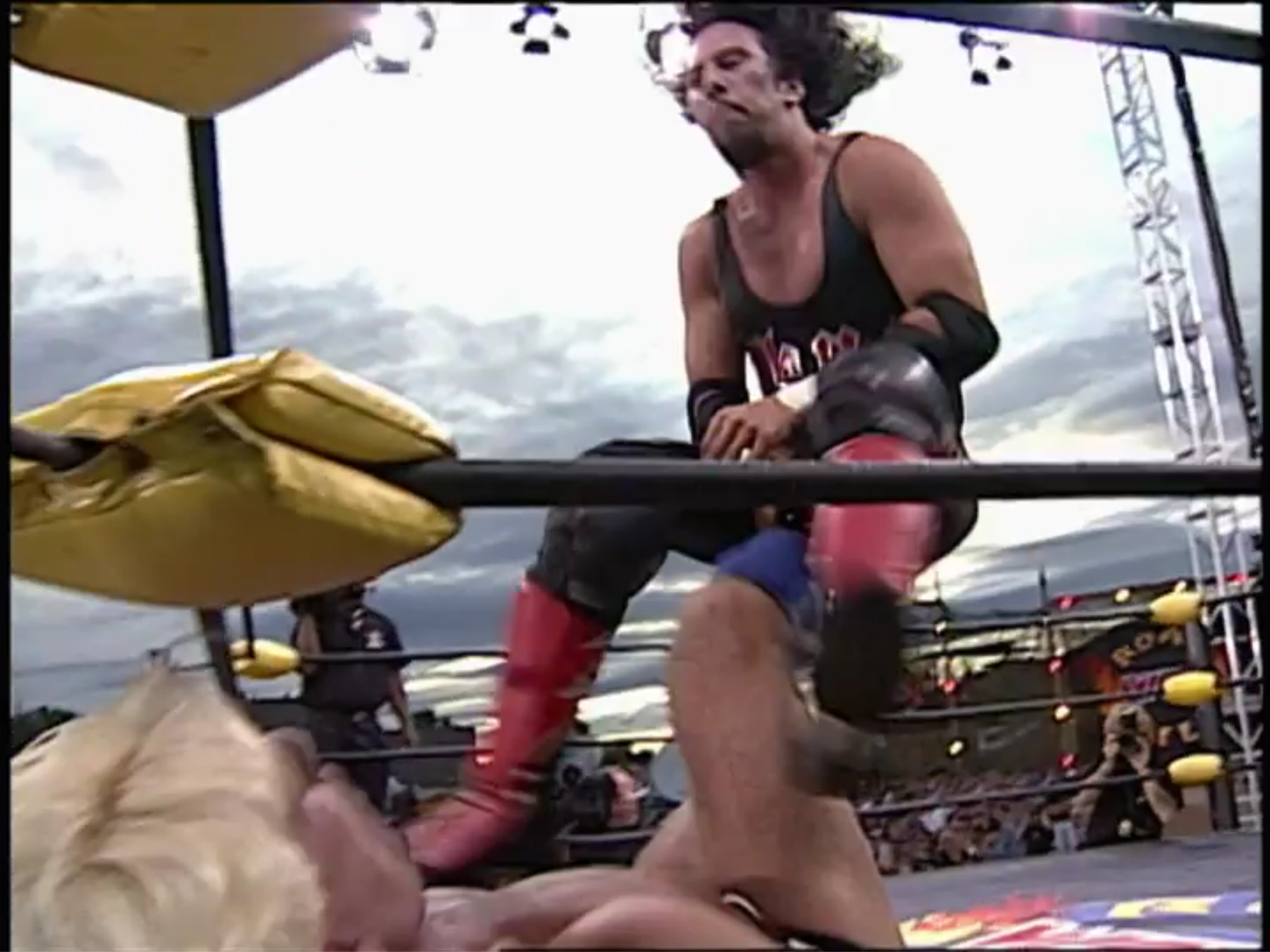 Summary: For the most part, Flair wrestled Syxx's match, and it suffered greatly. The shot to Syxx's five-hole was a great highlight however. 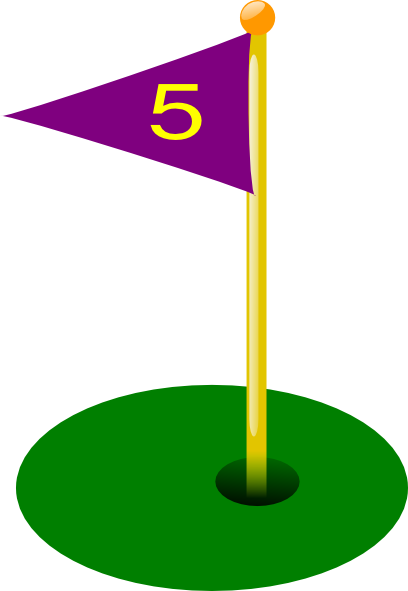 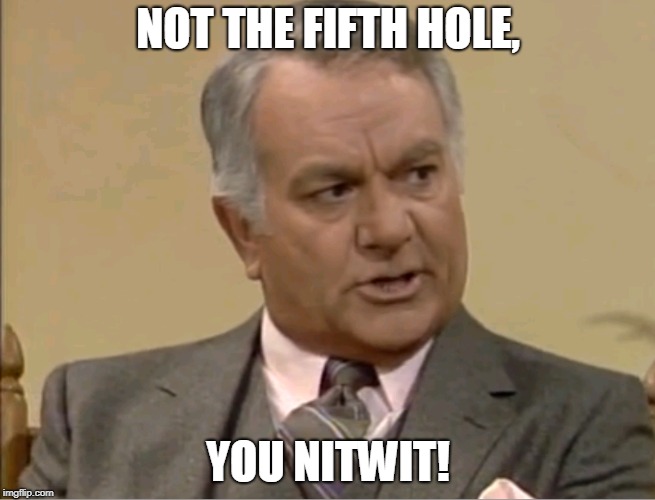 Summary: The Flair-Hennig bond was the factor that led to the decision. In the meantime, Hennig's ring rust has almost disappeared.

Summary: Despite Savage's attempt at psychology, Giant shrugged and finished him off. Credit Savage for putting himi over strong.

Summary: Like the Cruiserweight match, this was also supposed to be a title change. Hall and Nash went above booker Terry Taylor's head and mentioned there had been too many title changes recently. Don't you find it awfully peculiar that they made this suggestion right before they were supposed to lose? Ponder on that. The match itself was really good until the abrupt finish.

After the match, DiBiase hands the belts to the Steiners, but Patrick retrieves them. DiBiase then reads Patrick the riot act while the Sturgis faithful rightfully chants "BULLSHIT." 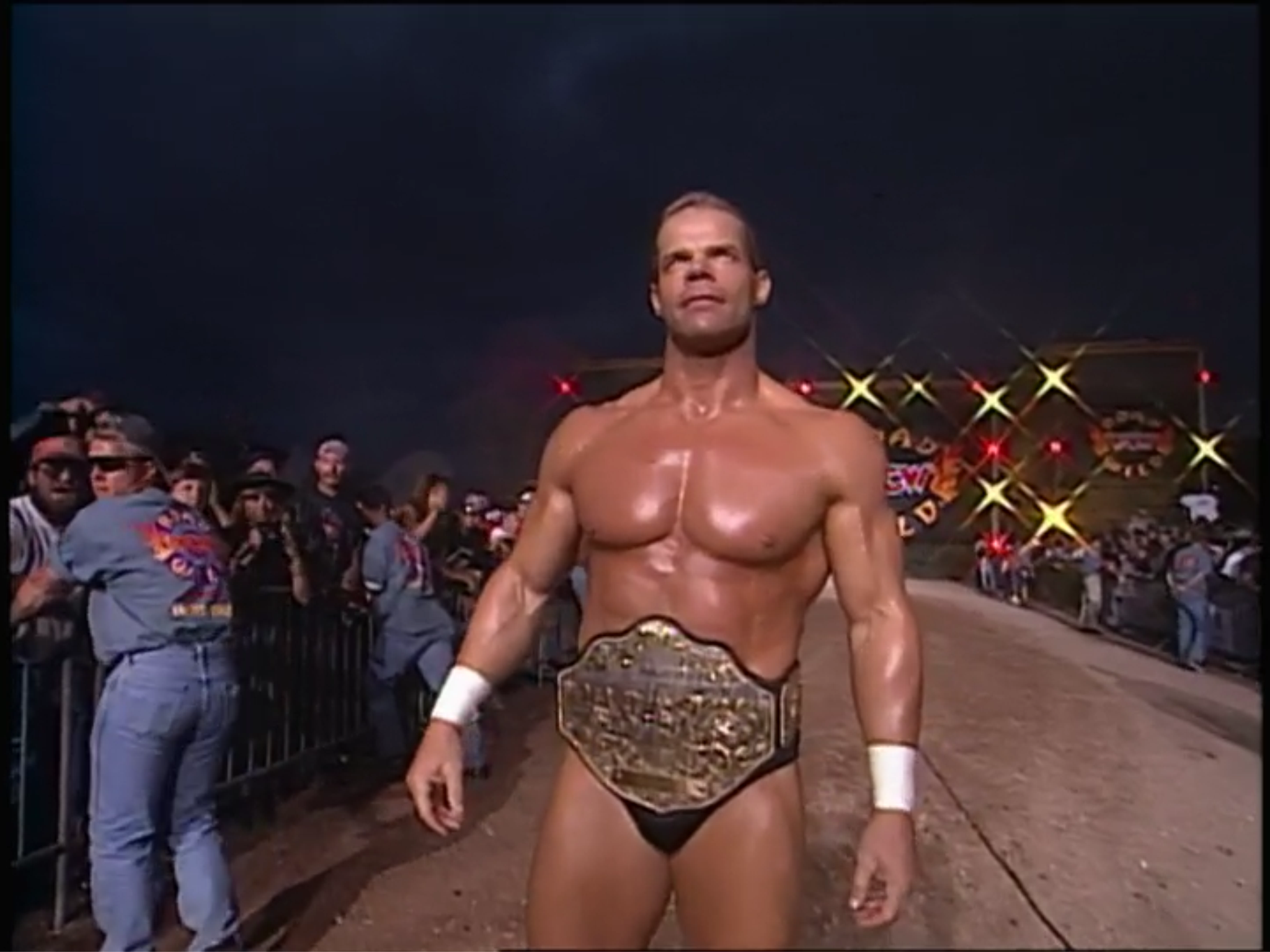 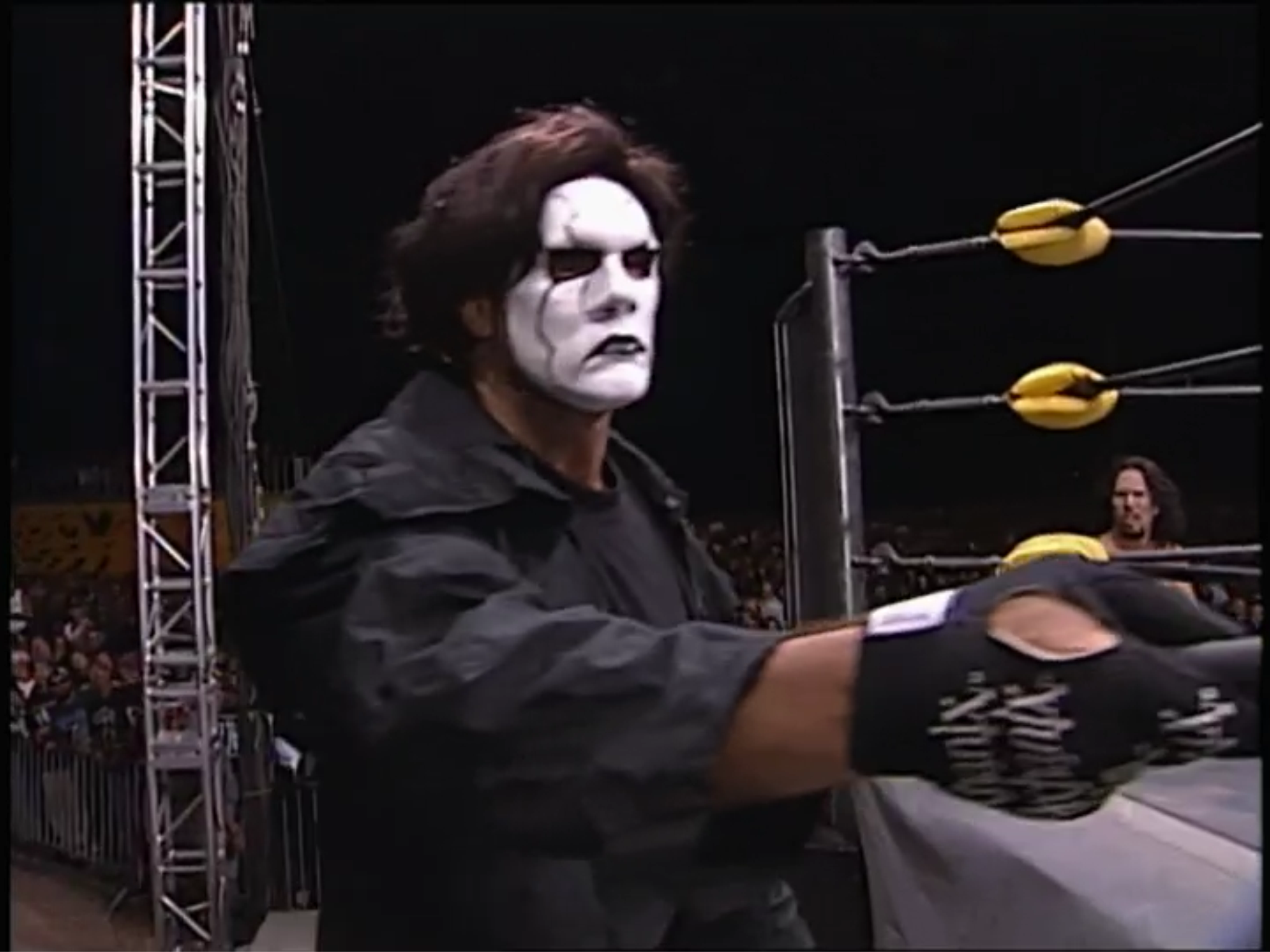 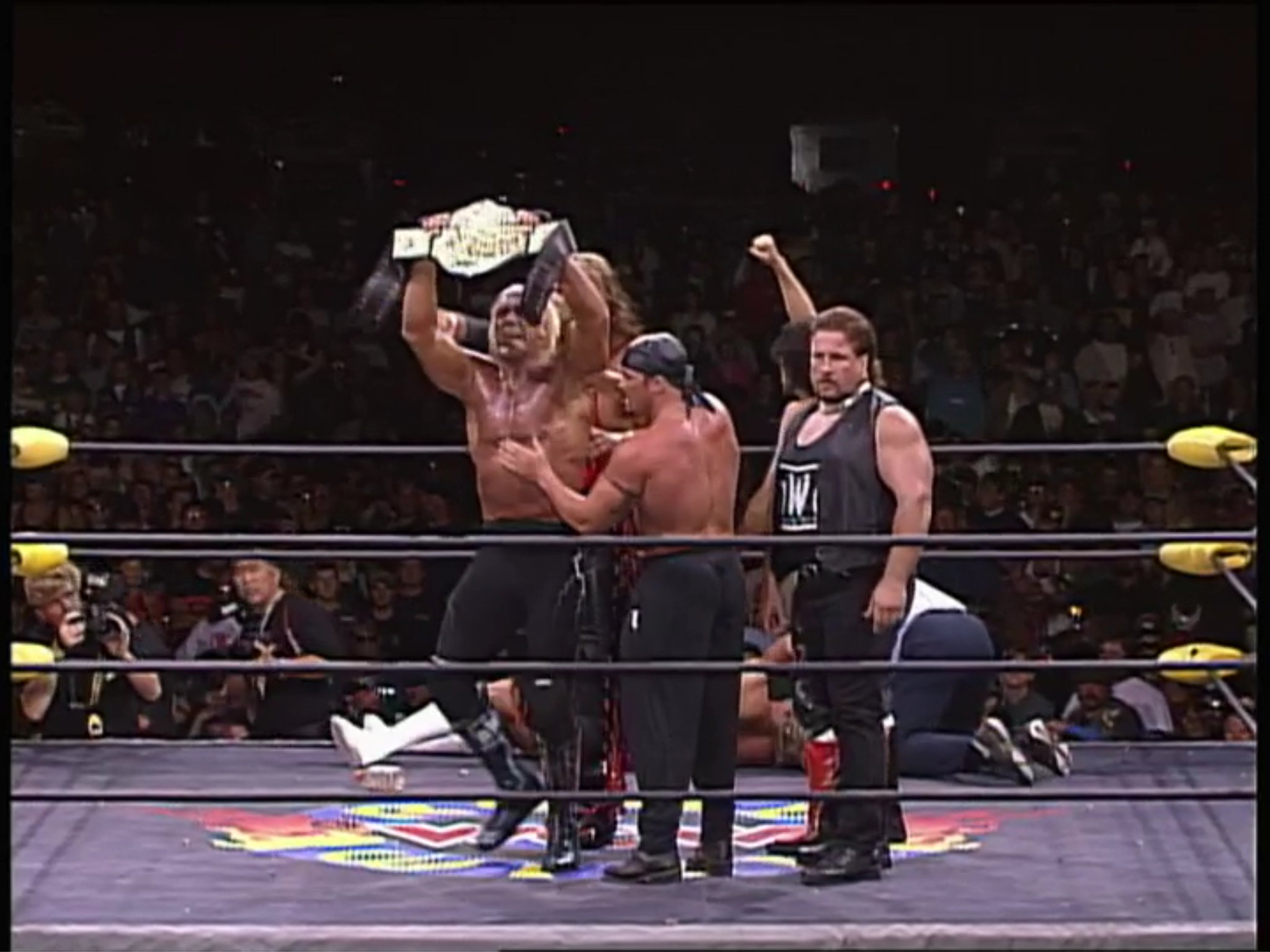 Summary: Unlike the other two titles staying the course, both Taylor and Hogan get their wish with the title change. As a note of warning, when politics overrule your booking, the product suffers even if only a little bit. Although this is a God-awful match, Hogan becomes a 3-time WCW World champion.

Afterward, the nWo celebrates in the ring while being pelted by the Sturgis faithful. Since the crowd tosses rocks in addition to concessions, the nWo high-tails it backstage. Hennig and the Steiners then emerge to assist Luger.

Before the show leaves the air, the nWo along with the "Worm" Dennis Rodman relish in the moment. Rodman then spray-paints the letters back on the World title belt. 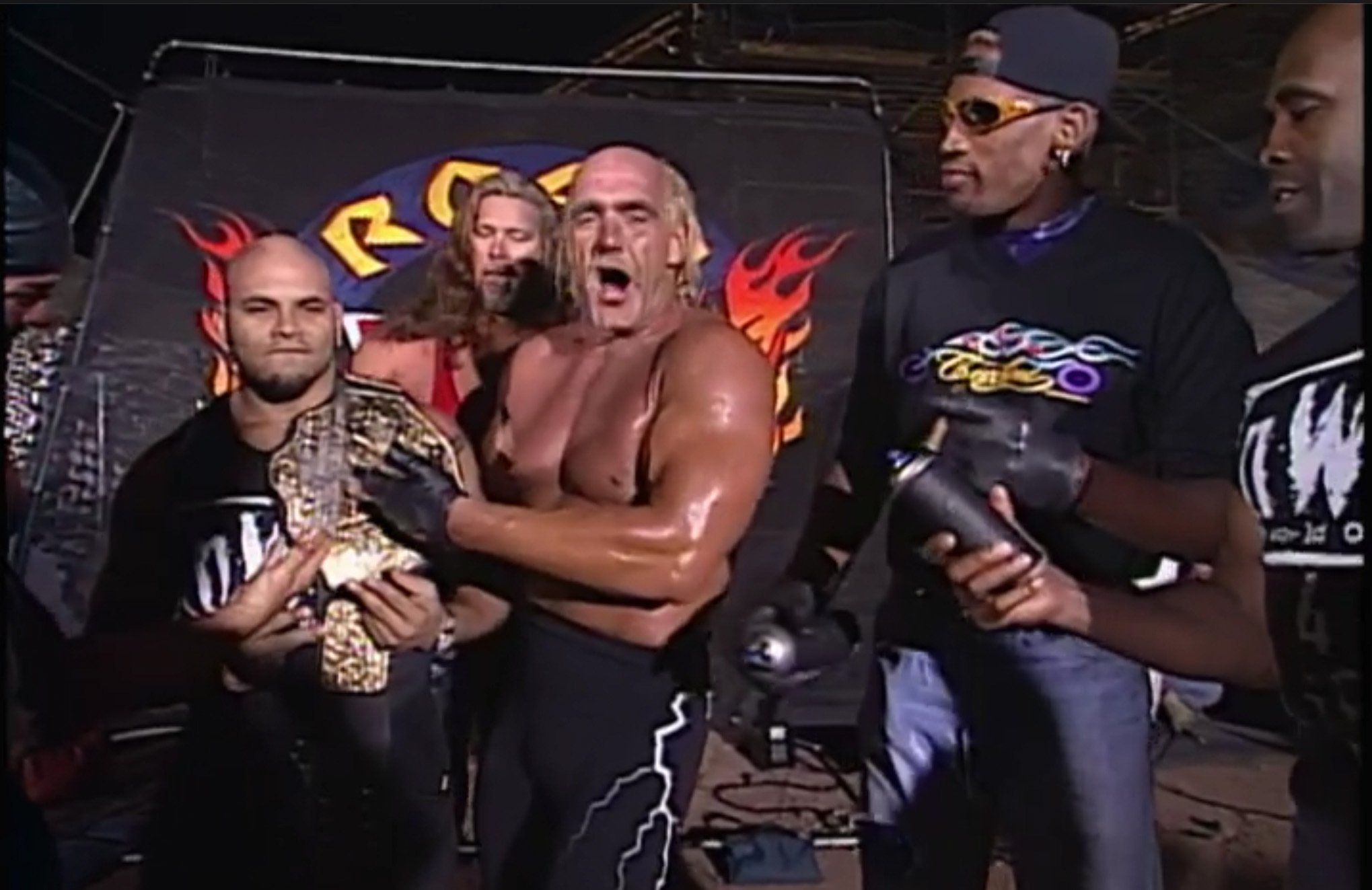 Conclusion: Like I said, the politics in WCW convoluted the storylines being told. The nWo continued to reign supreme over WCW due to its lock on both the World and World tag team titles. Despite the crappy finish, the tag match remains worthwhile. Let's hope Nitro answers some questions about "Sting" and Jarrett. Nevertheless, I would only recommend this show if you're a Hogan fanatic; otherwise, I'd skip it entirely.