Can the Kid pull off another upset by defeating Jannetty? How will Polo be involved? Let’s find out!

Prior to the opening match, we revisit last week’s episode when Crush aligned himself with Fuji and CRUSHED his friendship with Savage.

After the match, Crush delivers another leg drop while the Poughkeepsie faithful chants “Mach-o.”

In a pre-taped promo, Johnny Polo besmirches both Jannetty and the Kid.

Summary: While energetic, the lack of high-flying coupled with Polo’s involvement told a different story than should have been written.

After the match, Jannetty catches up to Polo and tosses him into the ring. Jannetty then doubles Polo over so that the Kid can hit a bulldog. When they double-superkick him, Polo falls out of the ring. They then join Polo and BREAK THE WISHBONE.

After the match, Heenan interviews Borga who promotes his match against Tatanka and vows to end his career. 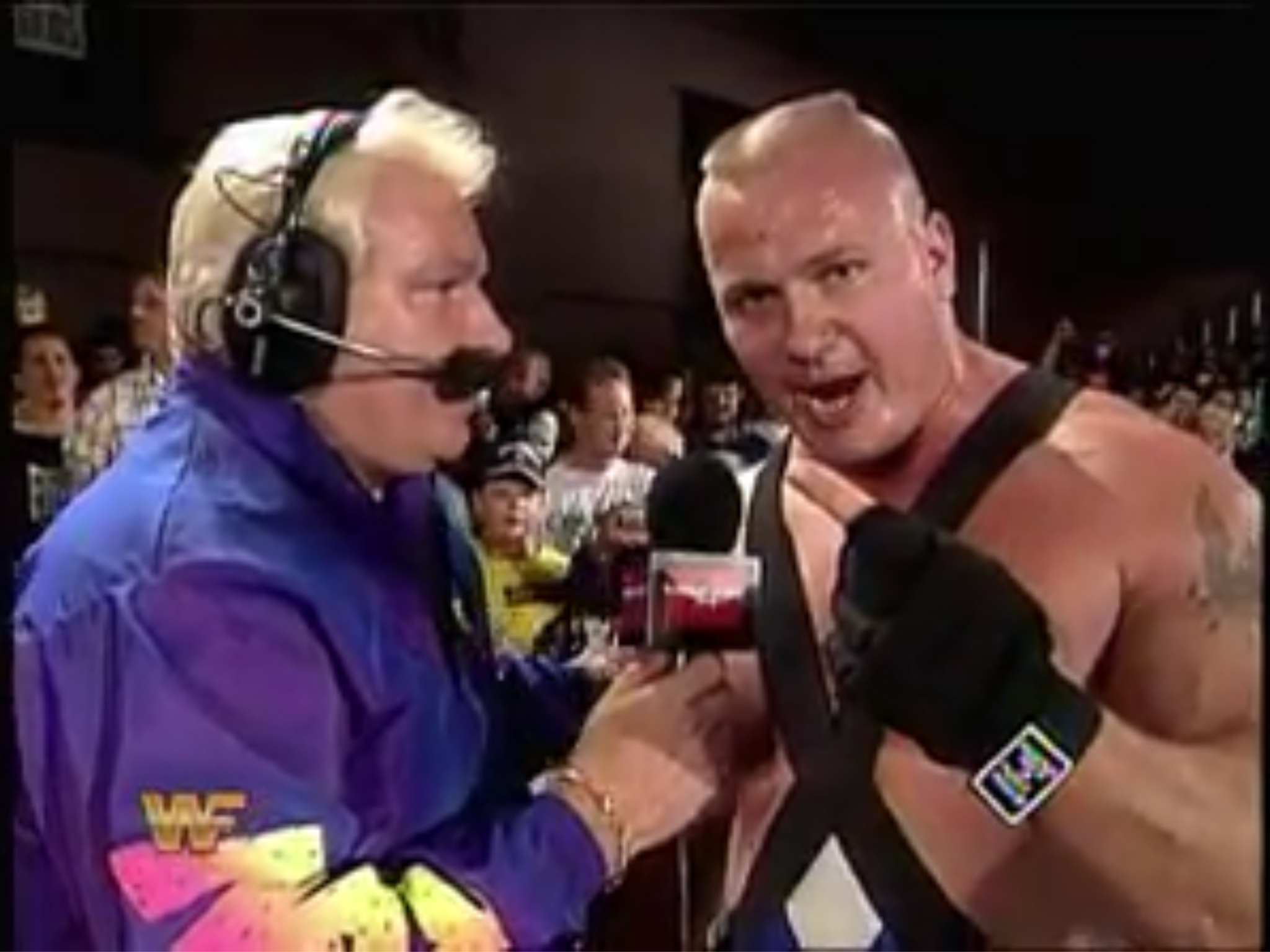 Summary: Showcase match for Men on a Mission.

Summary: Showcase match for Diesel who could really use a legitimate finishing maneuver.

Promo for the Borga-Tatanka match on Superstars airs.

Conclusion: The only worthwhile portion of the show was the Jannetty-Kid match, so I wouldn’t rush to watch this episode if I were you.

IN OTHER NEWS THIS WEEK: Ever travel a really long distance, grow tremendously weary, and take it out on your travel buddies? Add plenty of alcohol, and that’s what transpired in Blackburn, England on October 27. For the full story, I recommend grabbing a copy of Gary Michael Cappetta’s book. However, I will reveal that after a brief yet heated argument, Sid Vicious and Arn Anderson had a brutal fight involving Arn’s beard-trimming scissors. Needless to say, but both wrestlers were injured severely and required immediate medical attention. Their employment status with WCW will be determined at a future date. Stay tuned!