Will Savage and Crush reconcile their differences? Can Michaels be reinstated? Who’s the new guy in the WWF? Also, **BREAKING NEWS** included just for your amusement. Read on!

After the match, Vince shills a 900-number vote to determine whether or not Shawn Michaels should be reinstated. According to Meltzer, since Michaels has already been reinstated, the poll was BOGUS. Nonetheless, Diesel pleads Michaels’ case while Mr. Perfect stands against the reinstatement. 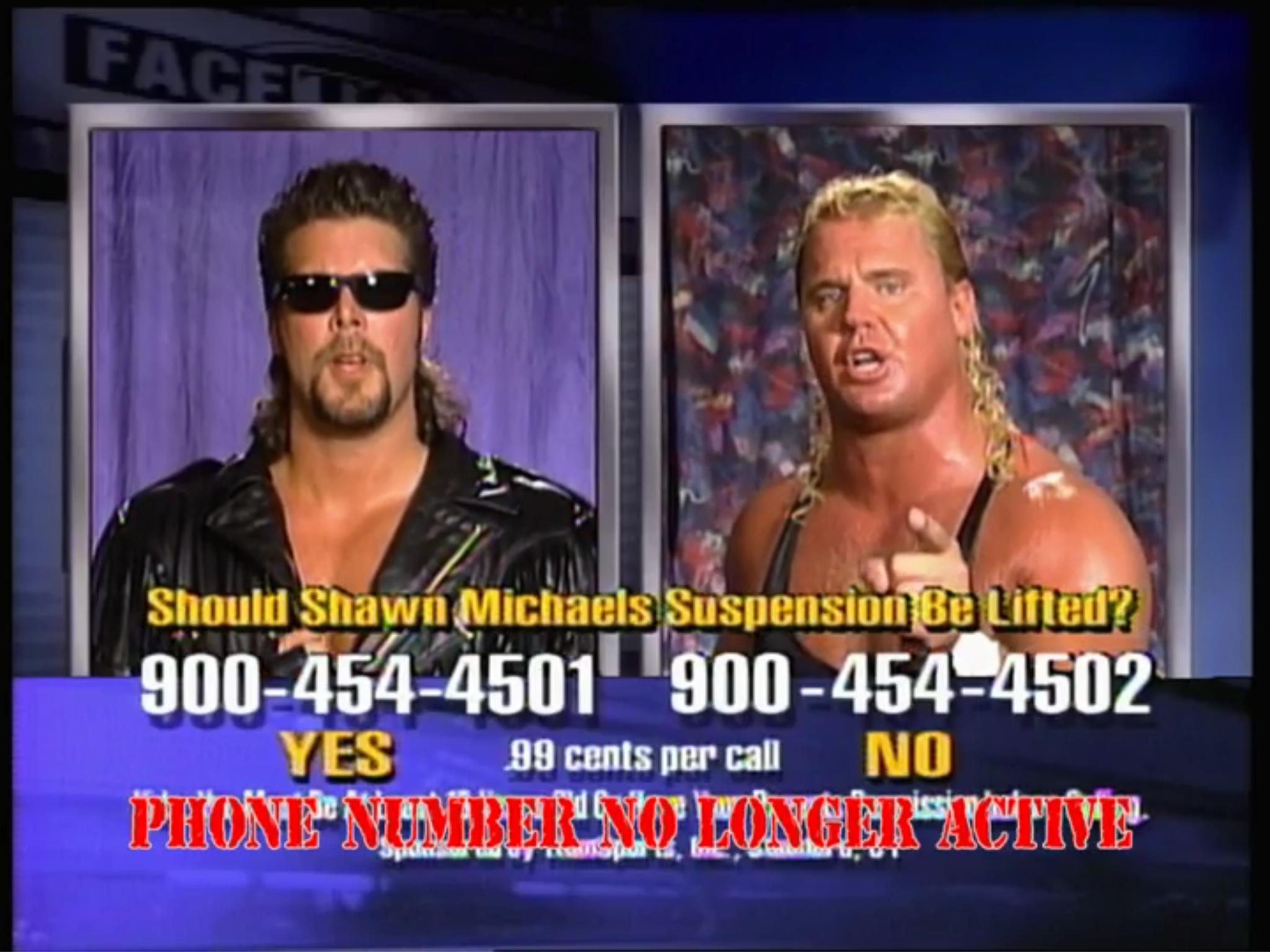 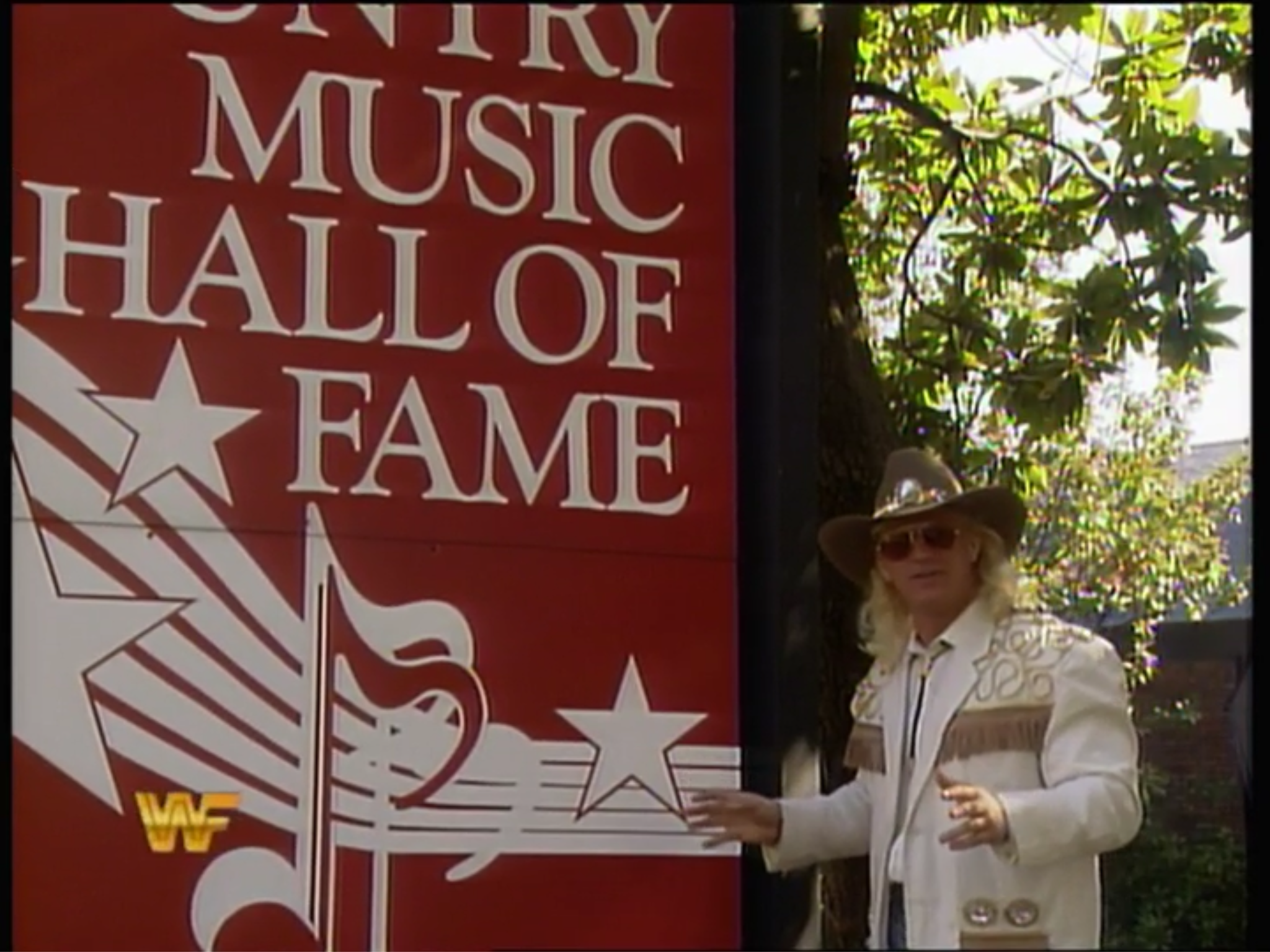 Prior to the next match, we revisit Superstars when Tatanka and Ludvig Borga had a heated argument.

SURVIVOR SERIES REPORT: Joe Fowler shills the upcoming PPV which will be LIVE on 11/24 and its card:

Also, Ray Combs will appear at the PPV.

After the match, Vince shills the 900-number vote again. Diesel then begs for Michaels’ reinstatement and refers to Michaels as “the best wrestler in the WWF.” Like a good heel, he gave the same number for both “yes” and “no.”

SAVAGE-CRUSH SUMMIT: In the ring, Heenan interviews Crush who doesn’t come to the ring alone. Instead, he is joined by “Master Fuji.” In the meantime, Savage is DEVASTATED by this situation. Crush then states that Savage was his “best friend,” but he has “seen the light.” While he criticizes Savage for his taking the match against Yokozuna with a sore back (supposedly from the slam attempt on the USS Intrepid), he believes Fuji’s word is “like gold.“

Savage then enters the ring and tells Crush that he’s “making a mistake.” After Crush and Savage shake hands, Crush clotheslines Savage in the aisle. WE HAVE A HEEL TURN! He then pummels, gorilla-presses, and guillotines Savage with the steel railing. How dastardly!

Suddenly, Jim Cornette and Yokozuna come to the ring to celebrate their new protégé. Crush then rams Savage face-first into the steps, and Savage is BUSTED OPEN. Upon tossing Savage back into the ring, Crush delivers a savate kick. He then drags Savage to the corner so that Yokozuna can hit the Bonsai drop. When Yokozuna makes a second attempt, officials pull Savage from the ring to safety.

According to Vince, Savage lacerated his tongue when Crush guillotined him on the steel railing.

The final tally was 64-36% against Michaels’ reinstatement.

Conclusion: Wow! Seriously, fast-forward through all the stuff in the beginning because YOU GOTTA SEE THIS! Yes, the angle with Crush’s heel turn completely changed a dull and boring babyface into an evil villian instantly. I can’t wait to hear Savage’s response in the coming weeks.

IN OTHER NEWS THIS WEEK: As mentioned earlier, Savage was on Radio WWF completely discrediting Hogan. One of the topics Savage discussed was Hogan’s obvious LIE on the Arsenio Hall show about using steroids. Another was Hogan and his wife Linda Bollea’s involvement in Savage and Elizabeth’s marriage and divorce. While Meltzer speculated that it was all done as part of an angle to have them wrestle at WrestleMania X, I believe Savage’s insecurities about his marriage were validated by his comments on the show.