What will happen when the “Macho Man” faces Doink? What other surprises occur this week? Let’s find out!

We open the show with last week’s challenge by Doink to Savage.

Back in the locker room, Savage cuts a promo on Doink. 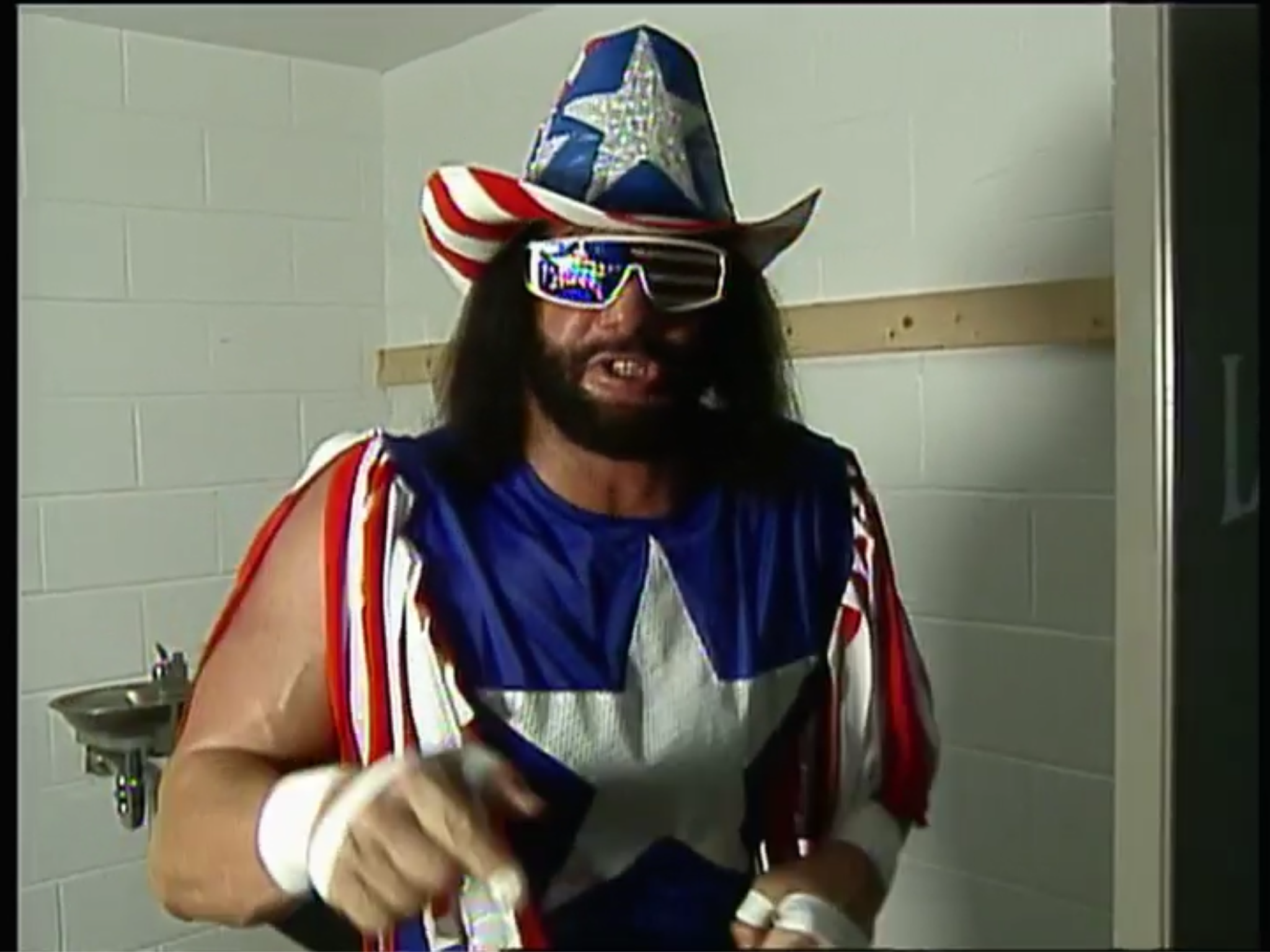 WHO IS LEX LUGER? Luger discusses his father’s occupation as a pianist. Following that, Luger states that he grew up as an introverted child, and his friends from that era are shocked to see him act otherwise on TV. 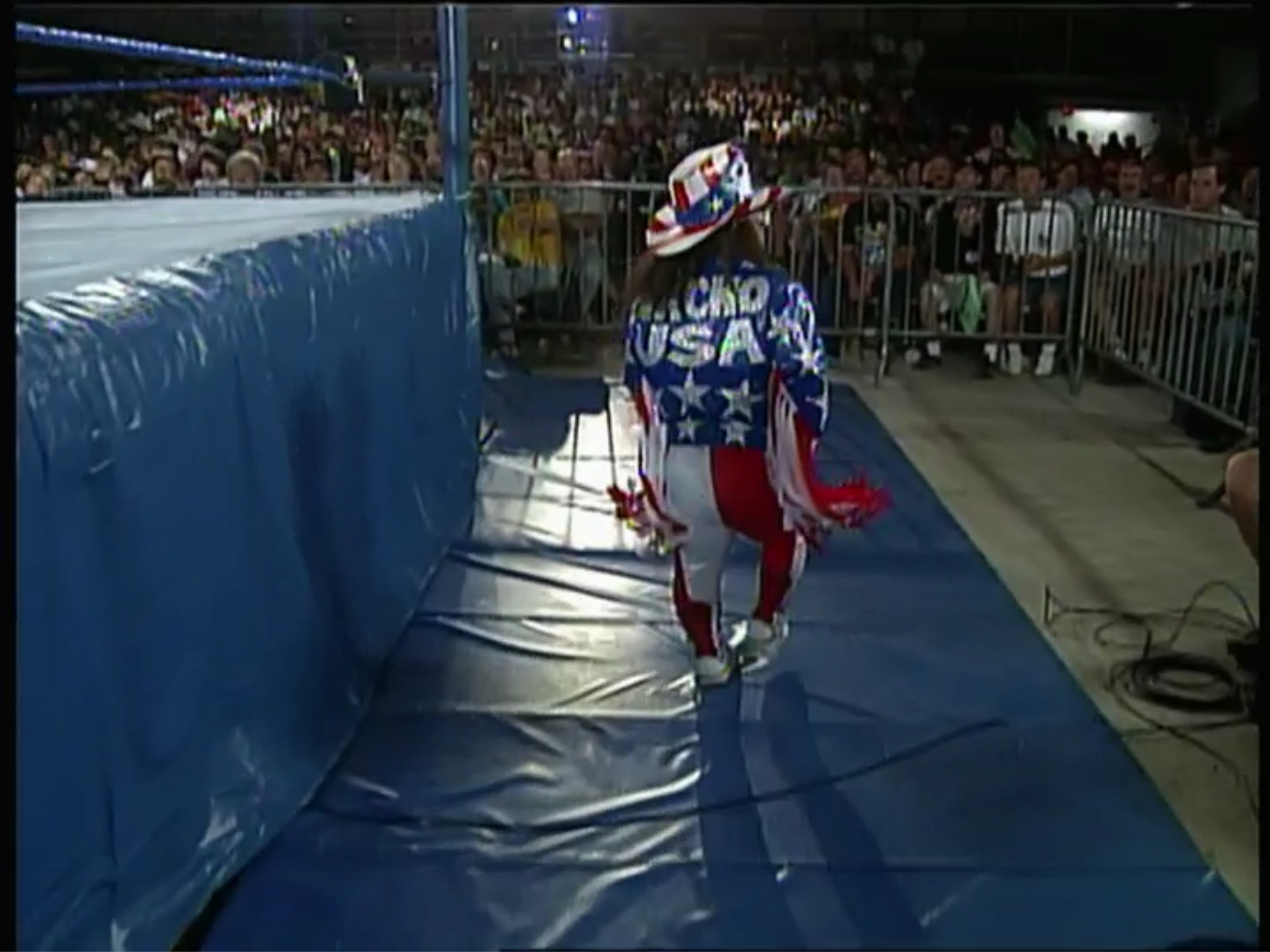 Summary: Great story told here as Savage outsmarted Doink at his own game.

After the match, the “little surprise” bites Doink, but when Doink tries to chase him, Savage nails Doink.

With the “Million Dollar Man” Ted DiBiase on the phone, we revisit Wrestling Challenge when the 1-2-3 Kid defeated DiBiase (aired 8/1, taped 7/7). When DiBiase locked the Kid in the Million Dollar Dream, Razor Ramon then came to ringside to distract him. DiBiase then made a lackadaisical cover, and the Kid hooked a crucifix for the victory. Afterward, Ramon laughed at DiBiase.

Suddenly, Jim Cornette from Smoky Mountain Wrestling comes to the ring. Heenan leaves the broadcast table and enters the ring. To the delight of no one, they share a hug. Heenan then introduces him as the Alexandria Bay faithful boo him out of the building. While detailing some personal history, Cornette touts the Heavenly Bodies. He then runs down and challenges the Steiners. Without question, seeing Cornette in both WCW and WWF in 1993 is a highlight of the year. 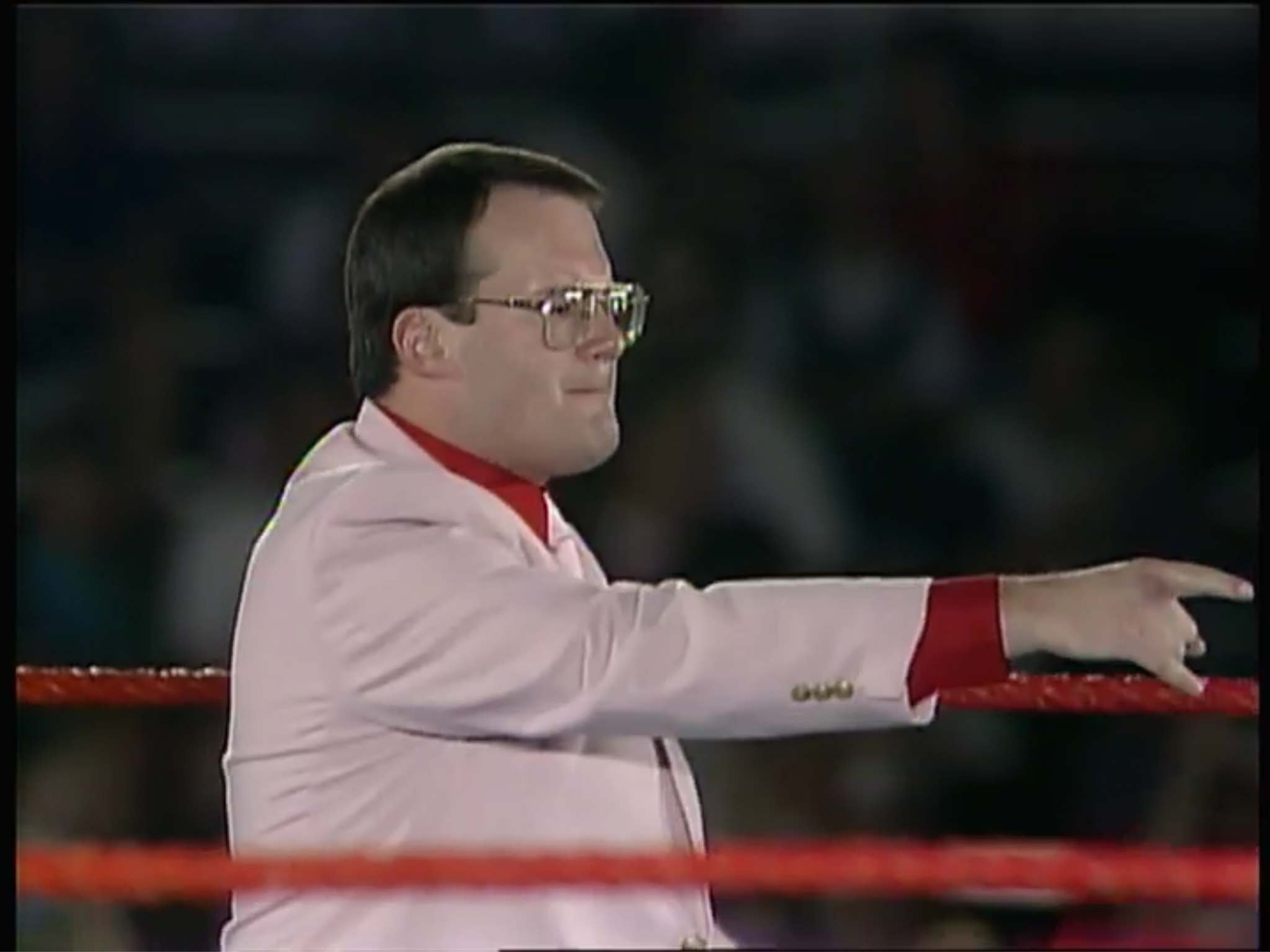 More “on the road” footage of the Lex Express airs as he’s on his way to Erie, PA.

Conclusion: Between the Doink-Savage match and the Cornette surprise, this show is well worth your time.