Will Jannetty make it 2 for 2 against Michaels on RAW? Can Tiny Tim make the “King” tip-toe through the tulips? Let’s find out!

To open the show, footage airs of the “Call to Action” campaign spearheaded by Lex Luger. Speaking of Luger, he believes it’s “cool” to be patriotic. We then get our first glimpse of the Lex Express. Methinks he got a good deal on that after trading in the Chevy truck. 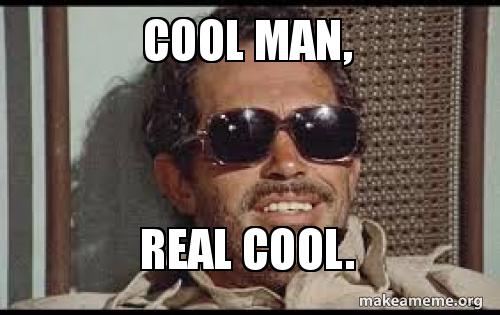 Prior to the opening match, we revisit RAW from 5/17 when Mr. Perfect subtly assisted Jannetty in defeating Michaels for the IC title. 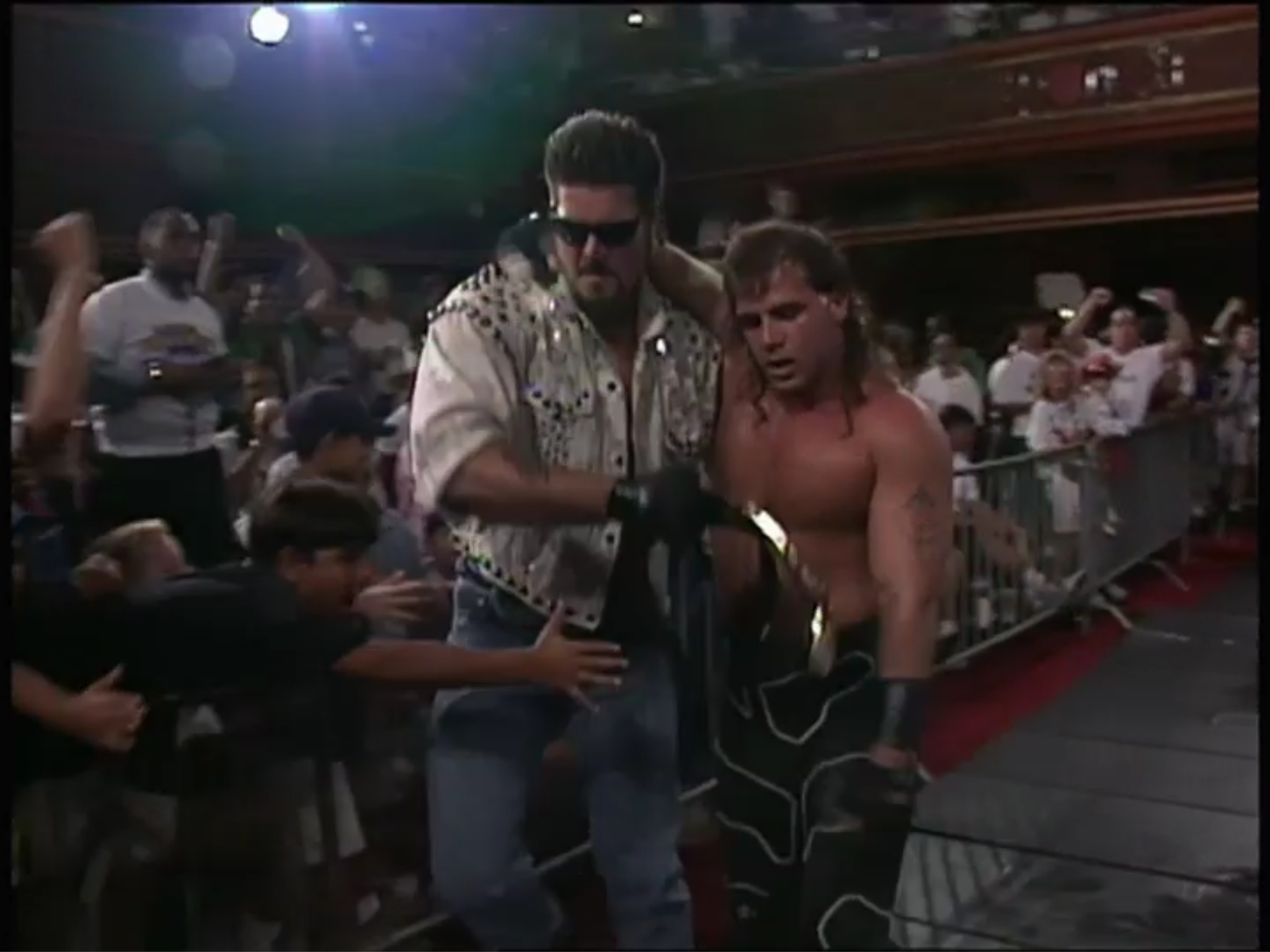 Summary: I get that Diesel’s interference cost Jannetty the title, and his presence is still somewhat new However, with a better finish and improved psychology, this match had room to grow. As it is, it’s a great match with a funky finish. I’d still recommend it. 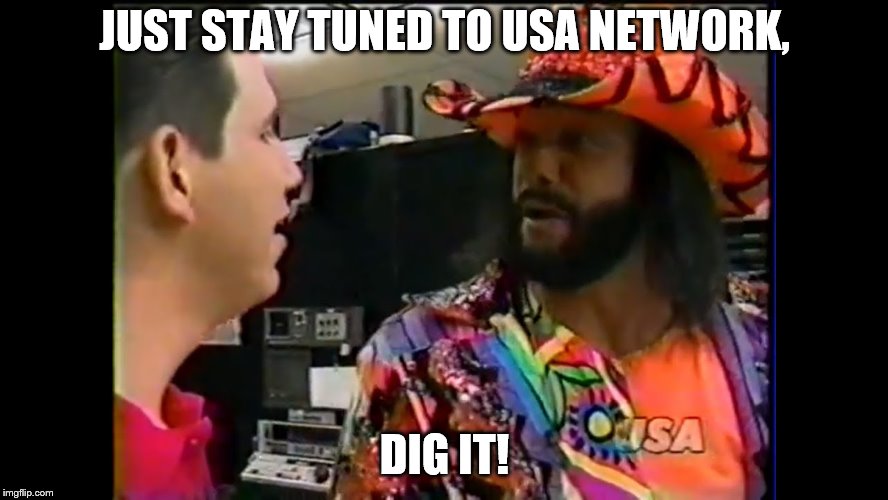 In the ring, Vince interviews Money, Inc. IRS claims that they were robbed of the tag titles but will regain them next week on Superstars. As DiBiase runs down Razor Ramon, the Manhattan faithful chants “Ra-zor.” Suddenly, Ramon comes to the ring yet refuses to work for them. Instead, he works for himself. When DiBiase tries to humiliate him, Ramon shoves him down to the mat. IRS then attempts to send Ramon packing, but Ramon uses momentum to vault him over the top rope to the floor. WE HAVE A FACE TURN! Afterward, DiBiase challenges the 1-2-3 Kid to prove to Ramon that he’s the better wrestler.

Summary: Showcase match for MOM. Rap isn’t my favorite style of music, so I’ll take a pass. Your mileage may vary.

SUMMERSLAM REPORT: Once again, "Mean” Gene Okerlund shills the matchup between Bret and Lawler. Also, Undertaker will face Giant Gonzalez in a “Rest in Peace” match, but only Undertaker knows what that entails. Next, Okerlund states that WWF President Jack Tunney will declare a ruling on whether or not Luger will face Yokozuna for the WWF title at the PPV.

Footage airs of the Lex Express and Luger’s “Call to Action” campaign. Luger will be on Regis and Kathy Lee tomorrow. Check your local listings. 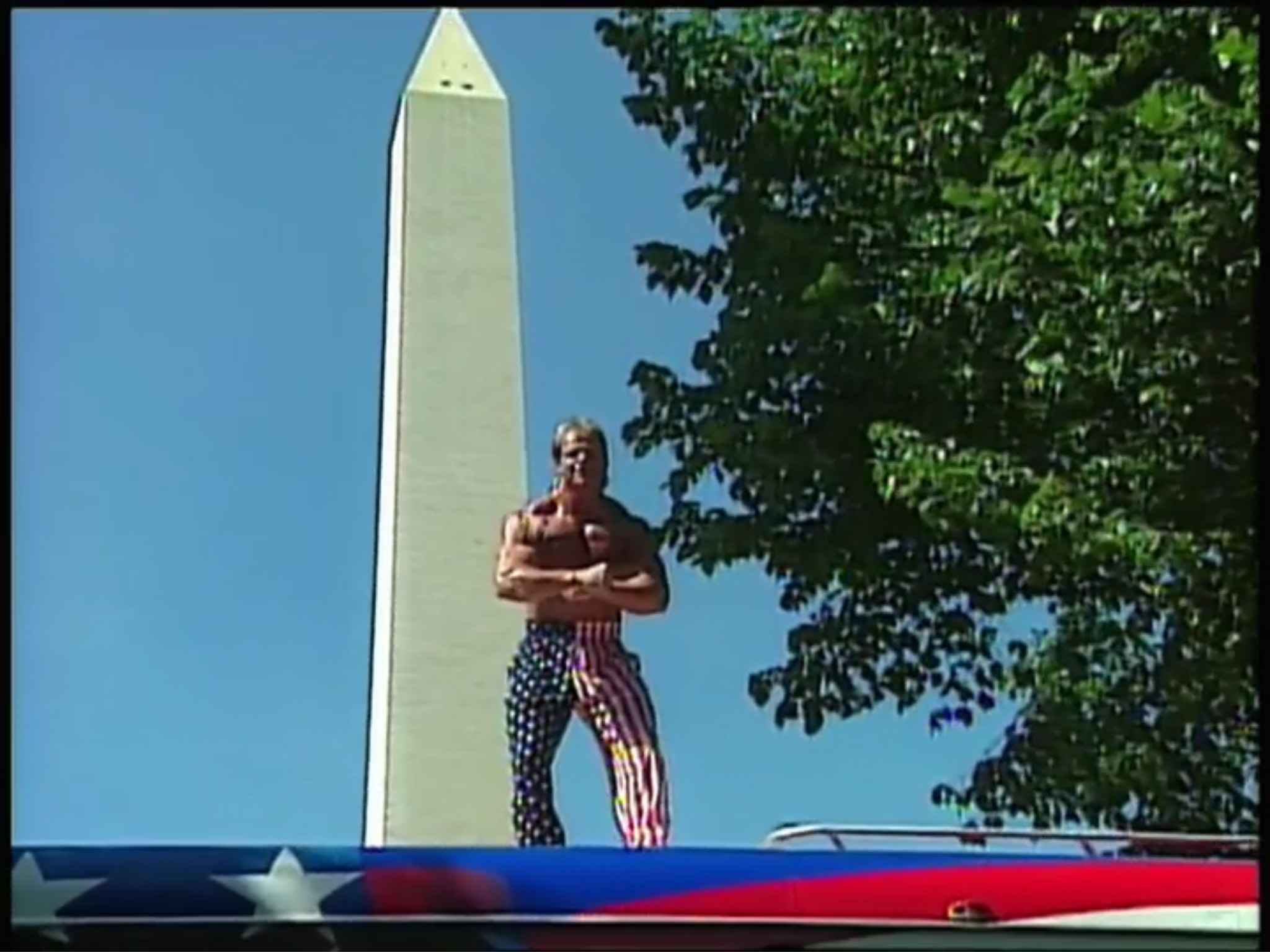 Next week, Bret faces Bigelow in a rematch from King of the Ring ‘93.

THE KING’S COURT: Lawler interviews entertainer Tiny Tim. While the Manhattan faithful chants “We Want Bret,” Tim denounces the “Burger King” label for Lawler yet refers to him as “the Dairy Queen.” HA! Lawler responds by destroying Tim’s ukulele. What a bully! 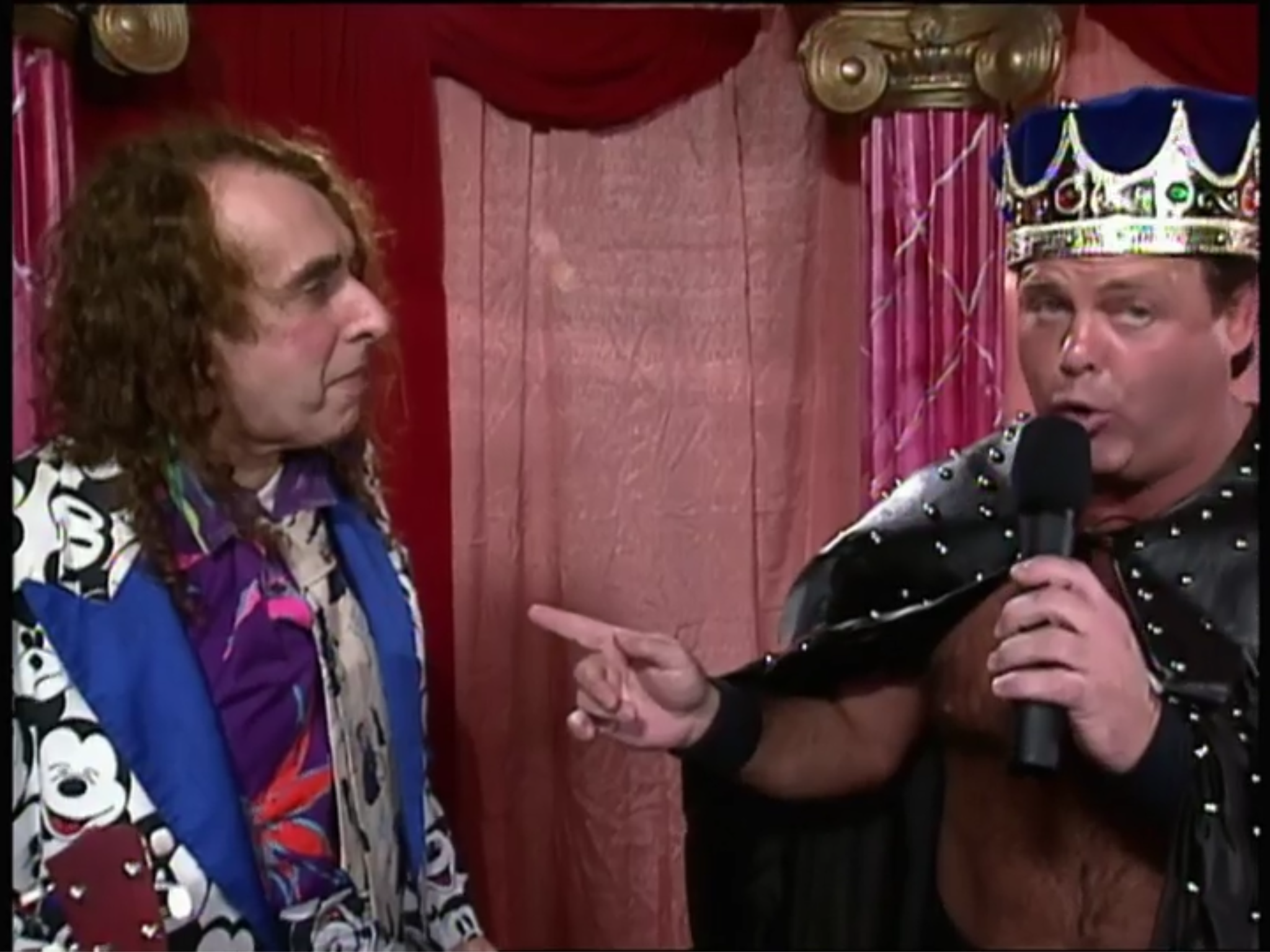 Summary: Showcase match for the Kid.

After the match, the Kid exits through the Manhattan faithful to avoid Money, Inc. Ramon then taunts DiBiase to close the show.

Conclusion: Credit Diesel for enabling Michaels to victory over Jannetty. In addition, Tiny Tim’s tulips were quivering by the end of the King’s Court. Check this episode out as it packs a good punch.

IN OTHER NEWS THIS WEEK: WCW held Worldwide tapings at Disney/MGM Studios from 7/7 until 7/11. Needless to say, months of angles were EXPOSED including numerous title changes. Also, the NWA was PISSED about a title change or two. Obviously, I won’t spill the beans because I don’t broadcast spoilers. Let’s see what happens at their next PPV. Speaking of which...