Can Michaels retain the IC title against Kamala? Who will be the best pick to win the main event? Crush? Or Booger? Let’s rock!

Summary: Whether he’s a heel or face, Kamala doesn’t bring much to the table. At this point in Michaels’ career, he can’t quite carry a match with a big lug, and this match proves it.

After the match, Kamala nails Michaels repeatedly until Diesel ambushes him from behind.

Promo for the Stars’n’Stripes Challenge airs. Included is a short clip where Hulk Hogan couldn’t slam Yokozuna. Gee, ya think Hogan’s persona non grata these days in the WWF?

In the ring, Vince interviews Mr. Fuji with Yokozuna. While the Poughkeepsie faithful chants “U-S-A,” Fuji wants the professional athletes who try to slam the WWF champion to humiliate themselves. Vince then informs Fuji that “someone always steps up to the plate.” Is he inferring that Mark McGwire could be the one to slam Yokozuna? Hmmmm... nevertheless, Fuji mockingly mourns the death of Hulkamania and notes that Yokozuna will be WWF champion FOREVER. To finish the segment, Yokozuna disparagingly compares American athletes to American products.

In a pre-recorded spot, New York Giants defensive end George Martin is ready to slam Yokozuna for the sake of America.

Next, Green Bay Packers center Jim Campen will use his bear-catching experience to slam Yokozuna. 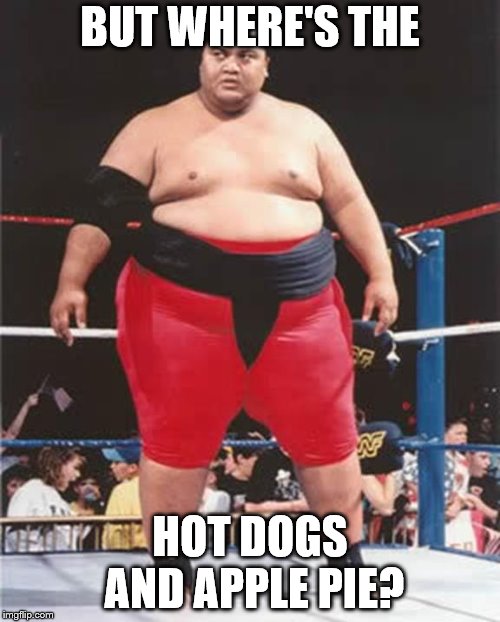 Summary: Showcase match for the Gunns.

Savage then shills WWF Mania this Saturday at 10am ET. 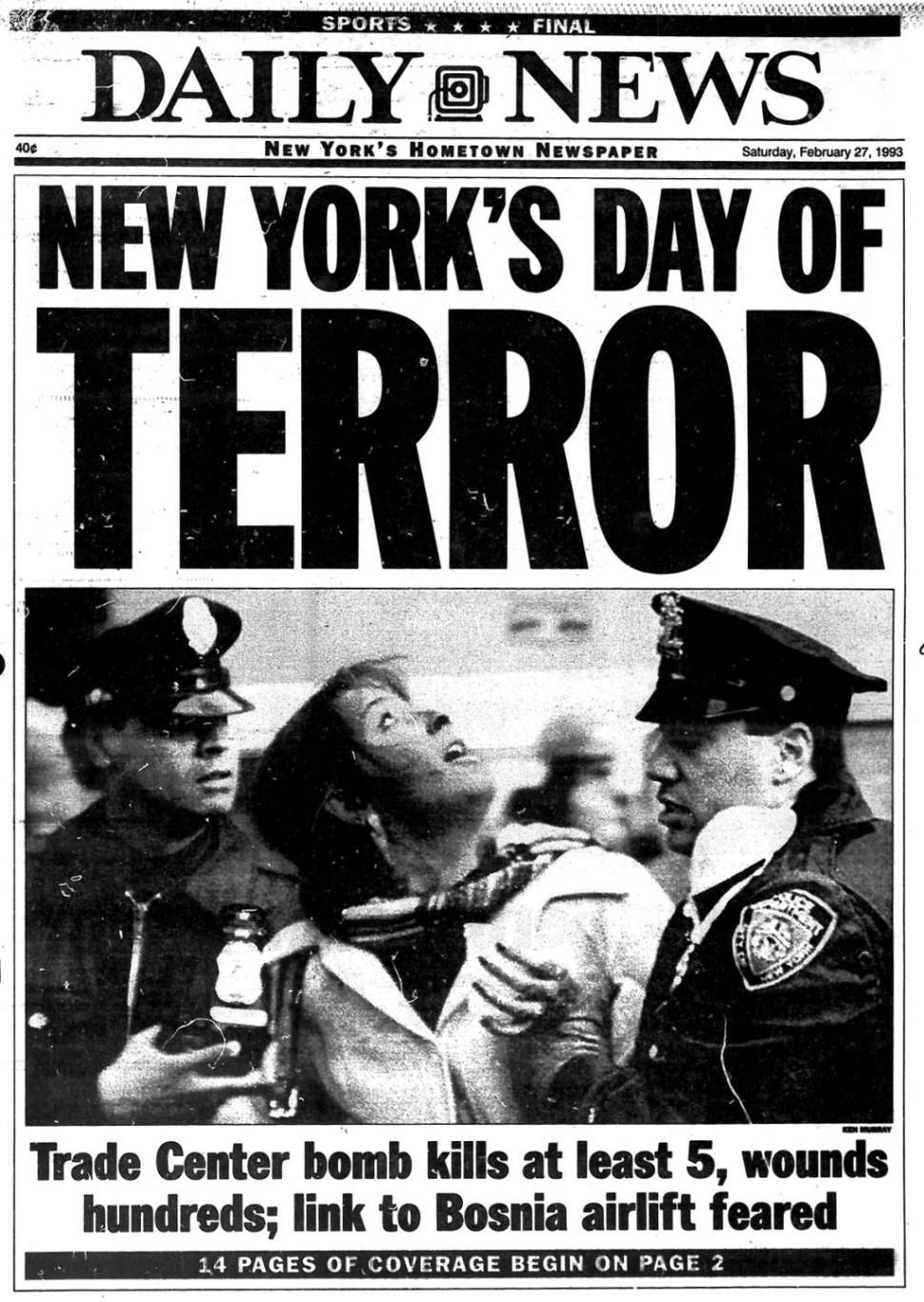 Promo #2 for the Stars’n’Stripes Challenge airs.

Summary: Showcase match for Crush, but Booger’s no first-round pick in my book.

We then head to Giants Stadium in East Rutherford, NJ where Savage interviews New York Giants running back Joe Morris. 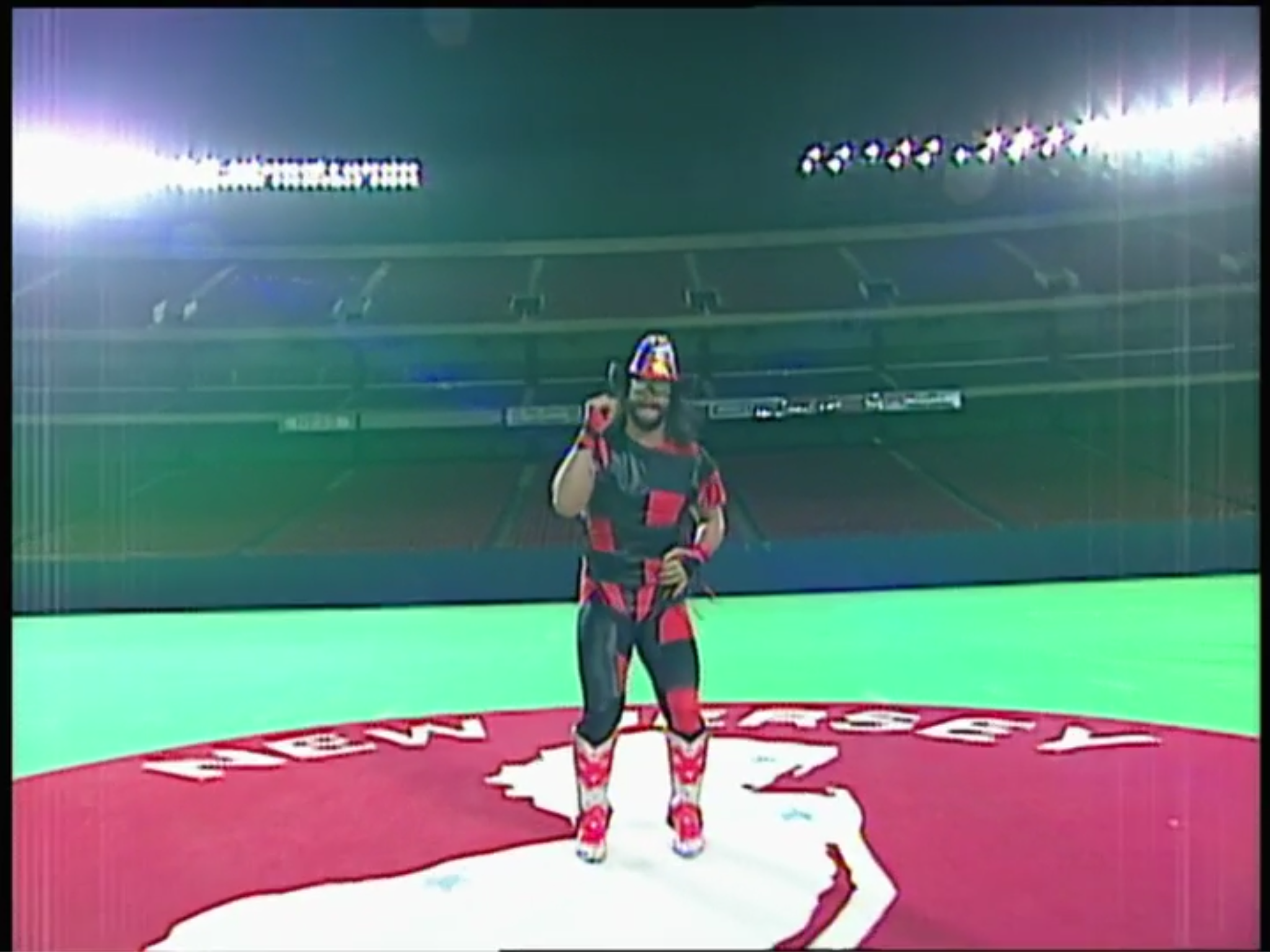 Promotional consideration paid for by the following: Slim Jim and WWF Royal Rumble: the video game.

Conclusion: From the looks of it, the WWF made Crush look like the favorite to slam Yokozuna. I’d skip this episode and move on to the recap of the Stars’n’Stripes Challenge on next week’s show. By the way, where’s the Narcissist?