What’s new and improved with Michaels? Who will win the crazy tag match consisting of Steiners, Gunns, Money, Inc., and Headshrinkers? Let’s find out!

To open the program, ring announcer Bill Dunn introduces the NEW Intercontinental champion—Shawn Michaels. As Michaels approaches the ring, he brings a bodyguard with him. Holy high rollers, Batman! It’s Vinnie Vegas! He must have gambled his way out of WCW. Nonetheless, last night, in Albany, NY, Michaels’ bodyguard enabled Michaels to regain the title by defeating Marty Jannetty. 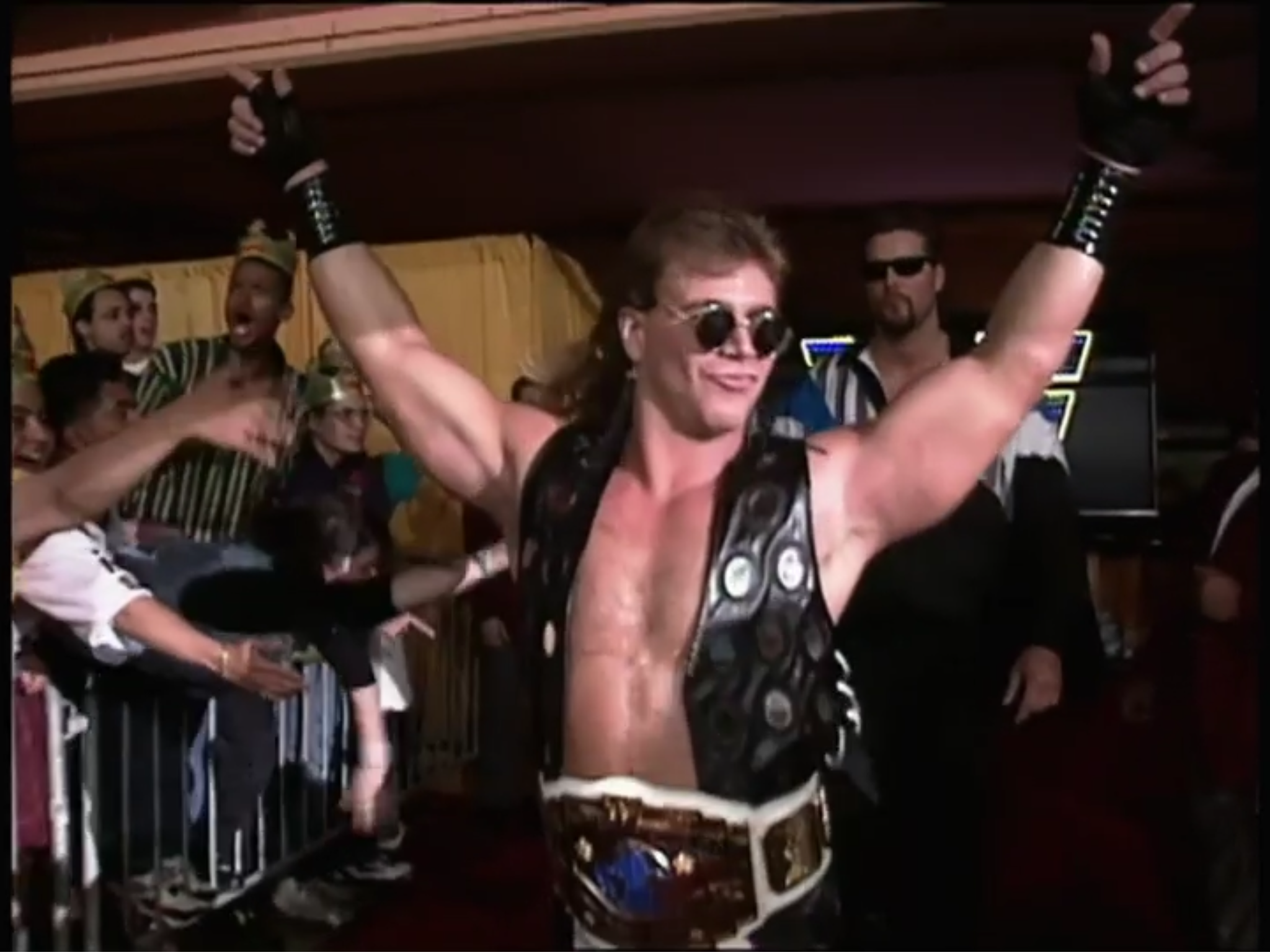 While Vince previews the show, Michaels interjects his ego as well as his “insurance policy.” Let’s hope his policy doesn’t lapse.

KING OF THE RING REPORT: "Mean” Gene Okerlund begins to shill the PPV with the WWF title match between Hogan and Yokozuna. In addition, he also mentions a single-elimination tournament featuring:

Also, Crush will face Michaels, and the IC title will be ON THE LINE. Before Okerlund finishes, Michaels storms the broadcast table to protest his title being at stake at the PPV. 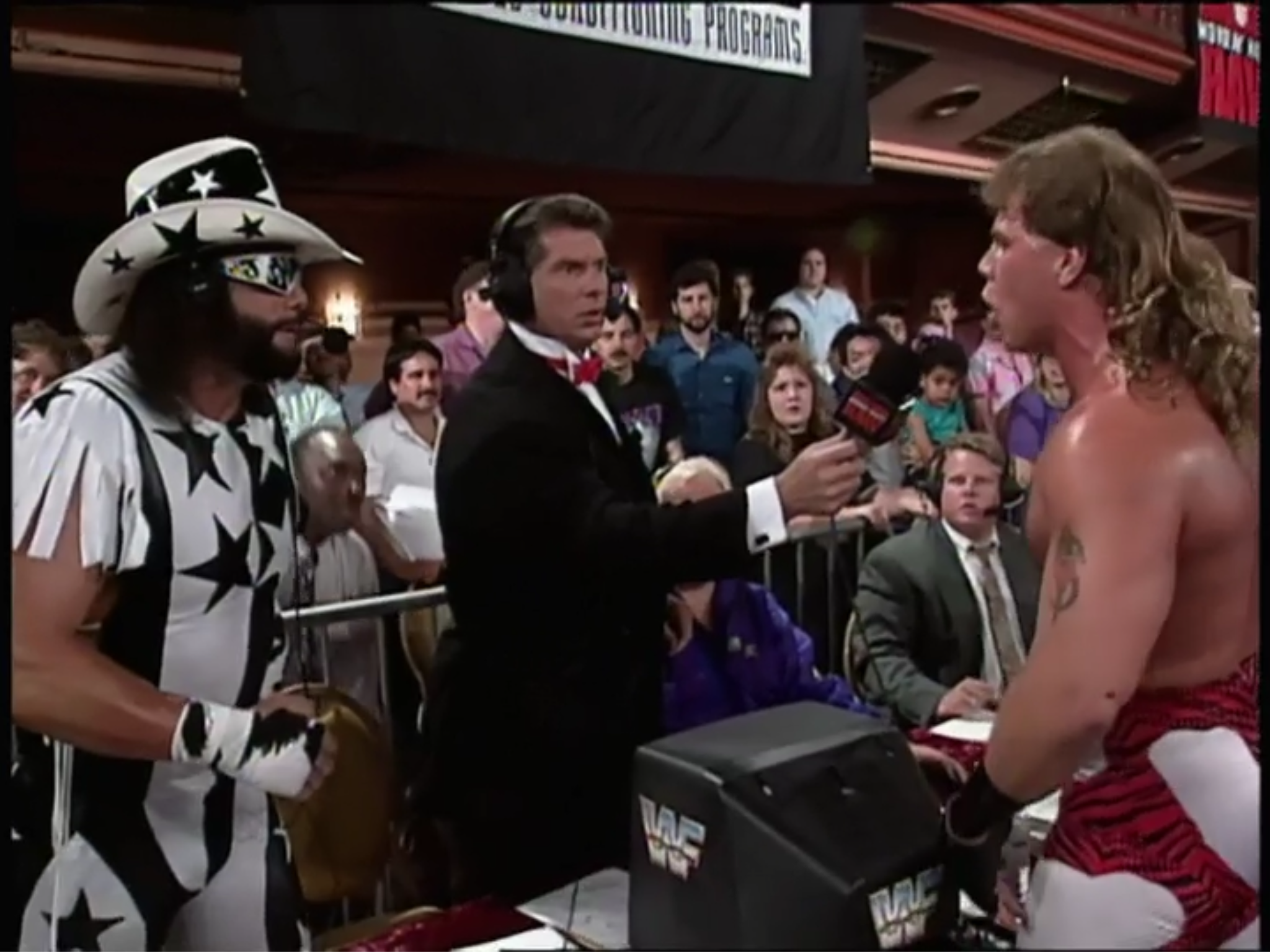 Summary: Showcase match for Bomb. While this wasn’t Santana’s final TV appearance, this was his last match on RAW. I’m sure some you wish that Bomb would have bombed.

Promo airs for King of the Ring ‘93 LIVE on PPV this Sunday. Order NOW!

Summary: Showcase match for Tatanka. Weeks isn’t a proper name for this jobber, because Tatanka DESTROYED him in mere seconds.

Vince then shills a match between Tatanka and Mr. Hughes on WWF Mania this Saturday at 10AM ET.

THE KING’S COURT: Right off the bat, Lawler disparages the KOTR tournament because he believes that he is the true king of the WWF. Yikes! Instead, he interviews Yokozuna with Mr. Fuji. While the Manhattan faithful chant “Ho-gan,” Lawler discredits Hogan’s Hollywood career. Can you blame him? 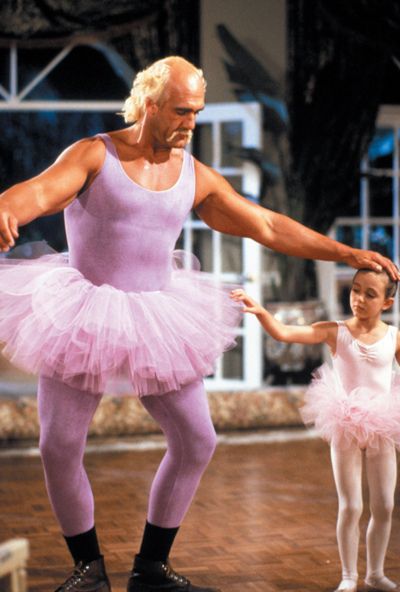 Regardless, Fuji claims that Yokozuna currently weighs 550 instead of 505 pounds due to “fifteen to twenty meals a day.” OK there’s hyperbole, and then there’s absurdity. Nevertheless, Fuji’s ready for Yokozuna to reclaim what Hogan “stole.” 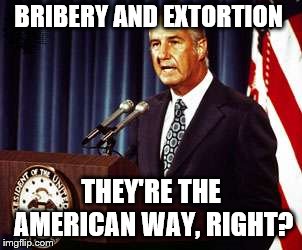 Summary: If this match was a prelude to the eight-man tag at the PPV, it sold the upcoming event like the unveiling of the Ford Edsel. Following a commercial break, Vince interviews Ramon at ringside. According to Vince, Ramon has offered the 1-2-3 Kid $7500 for a rematch. While the Manhattan faithful chants “1-2-3,” Ramon promises the rematch. To finish the promo, Ramon uses the Nutter Center as a malaprop for Bret Hart.

Conclusion: Are you ready for King of the Ring ‘93? All of its matches were hyped during the show, and newly-crowned IC champion Michaels made a new friend. How will that play out? By the way, where’s Hogan?

Stay tuned for WWF King of the Ring ‘93!