Will Hennig join the Horseman, or won't he? How will he decide? What will be the fallout from the Clash? Who will win the three title matches on the show? Let's find out!

To open the show, we revisit Clash XXXV and the nWo birthday party with Sting's interruption.

In the ring, "Mean" Gene Okerlund interviews nWo head honcho—Eric Bischoff. After Bischoff pantomimes crying about Sting, chairman of the WCW Executive Committee J.J. Dillon calls in from Atlanta. Dillon will attempt to sign a match between Sting and Hollywood Hogan. Demonstratively, Bischoff says "no way." Okerlund then states that Dillon will make the match happen "between now and the end of the year." In Hogan's "defense," Bischoff details the WCW World champion's hectic schedule to refute any possibility of this situation.

Suddenly, Sting emerges through the entrance and enters to the ring. When he grabs Bischoff's ear to get his attention, Sting holds up a Hollywood Hogan t-shirt and drapes it over Bischoff's head. Next, he kicks Bischoff down to the mat and shoves the t-shirt in Bischoff's mouth. He then smiles because he's finally going to get what he wants. 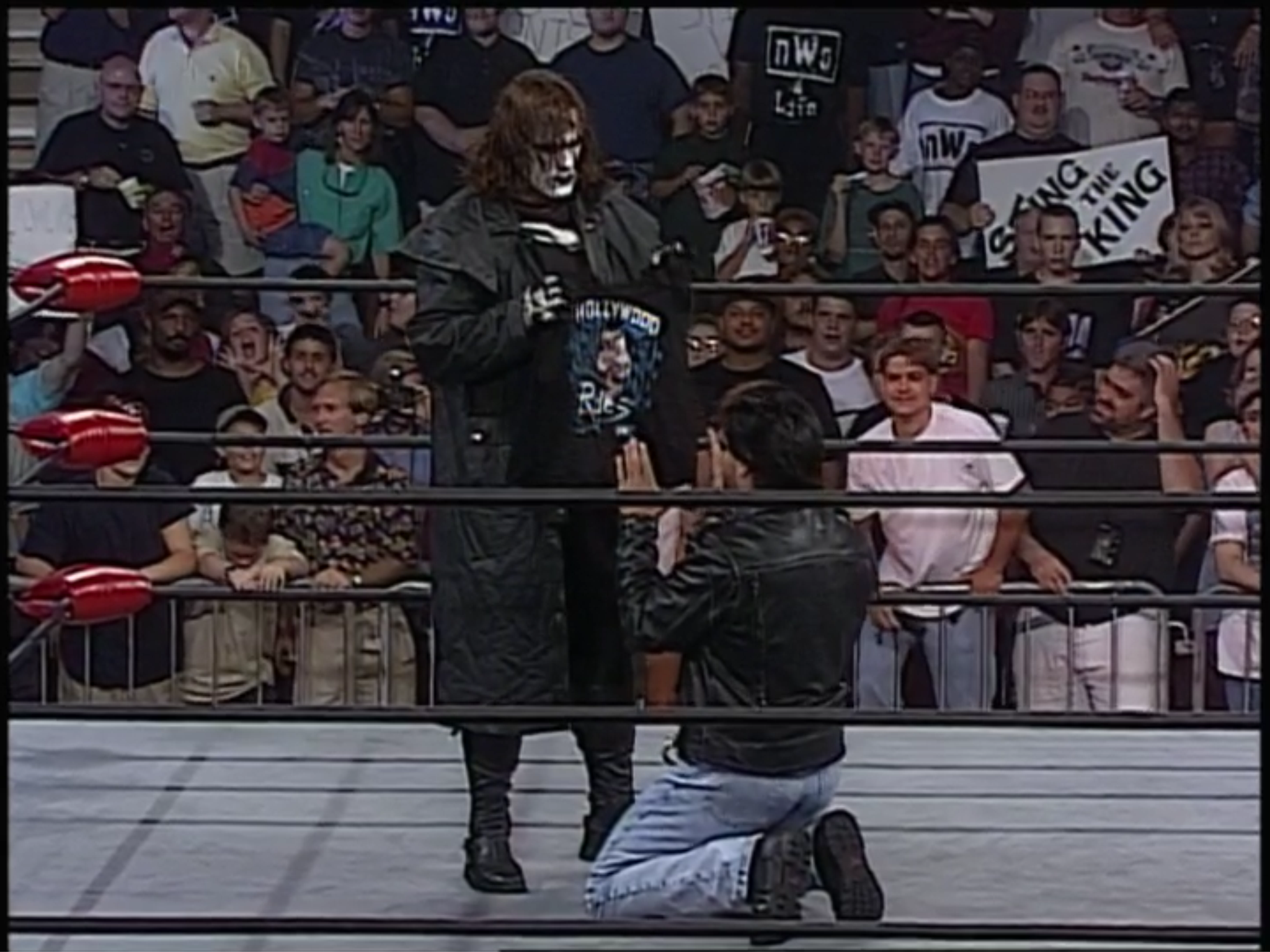 After a commercial break, Raven offers us another soliloquy.

The Nitro Girls dance at the entrance in white and gold.

Summary: Way too short to be worth anything. What happens next?

After the match, Ultimo Dragon comes to the ring to notify Curtis of La Parka's infraction. Suddenly, Silver King approaches Dragon from behind but eats a series of kicks. Onoo then threatens to kick Dragon but gets rebuffed.

To defend their manager, Psicosis and La Parka pummel Dragon. They then hold Dragon so that Onoo can kick him. Following that, Silver King gives Dragon an airplane spin followed by a somersault senton splash. While Tenay mentions that Silver King will face Dragon in the next match, La Parka hits a tope suicida to Glacier. Wow! Miller then gives La Parka a taste of the same medicine to close the segment.

Scott Hall, Savage, and Elizabeth emerge from the entrance to introduce the newest nWo member—Diamond Dallas Page. Savage then states his relative happiness with DDP's inclusion and cuts a promo on Luger whom he will face TONIGHT.

On WCW Saturday NIght, Faces of Fear meet Glacier and Miller. Mongo defends the US title against Jarrett, and the Steiners square off against Vicious & Delicious. Check it out!

At the entrance, Okerlund preps for an interview. We then revisit Clash XXXV when DDP inadvertently delivered the Diamond Cutter to Luger. When DDP emerges for the interview, he thinks Okerlund's ridiculous for asking about joining the nWo. He then calls out Luger whom DDP calls a "stand-up guy." Regrettably, Luger doesn't show. Dissension, perhaps?

Summary: Despite the shortness of the match, it was intense, and the finish is a rare callback to Dynamite Kid-Savage from WWF's The Wrestling Classic.

In the ring, the Nitro Girls dance in purple.

At the entrance, Okerlund wants you to submit tapes of your Nitro party. He, along with the Nitro Girls, then shills the Nitro Party pack including hats, t-shirts, and more.

Prior to the next match, we revisit last week's show when Meng applied the Tongan death grip to Wrath.

Summary: High-impact power match during which the Columbia faithful chose to get popcorn.

After the match, Meng and Wrath brawl.

In the ring, Okerlund interviews the Four Horsemen. "Nature Boy" Ric Flair immediately calls out Curt Hennig, but Hennig's not ready to provide an answer about his Horseman status. Flair then invites the "Enforcer" Arn Anderson to join the discussion. The Columbia faithful supply Arn with a raucous ovation.

Arn then mentions his (alleged) "average size, speed...ability...parlayed that into a very successful career. Four months ago, (the doctors) took four vertebrae out of my neck. Consequently, I'm left with...my left hand, too weak to hold a glass, too weak to button a button...the other day, I had...a cold slap in the face of reality. A guy...slapped me on the back and said 'Where ya been? Hadn't seen ya on TV'...that slap sent a jolt through me, and I dropped the water I was drinking...my system shut down...the drops of water from the bottle draining out of that bottle (symbolized the sand of an hourglass with) the sand running out of the career of Arn Anderson...not only would I put myself in a suicide situation by wrestling again (but) endanger (Benoit and Mongo's) careers (but) I respect them too much...other than be anything but the 'Enforcer' in my best friend's eyes, I'd rather walk away.

"For all you people who have ever bought a ticket to see Arn Anderson wrestle whether you love me or you hated me...when that bell rang, you got all I had that night. Whether I won, whether I lost, I gave you everything I had. And when you (held up the four fingers), that was your acknowledgement...I got nothing left to give. And I want you to remember me as I was not as I am. 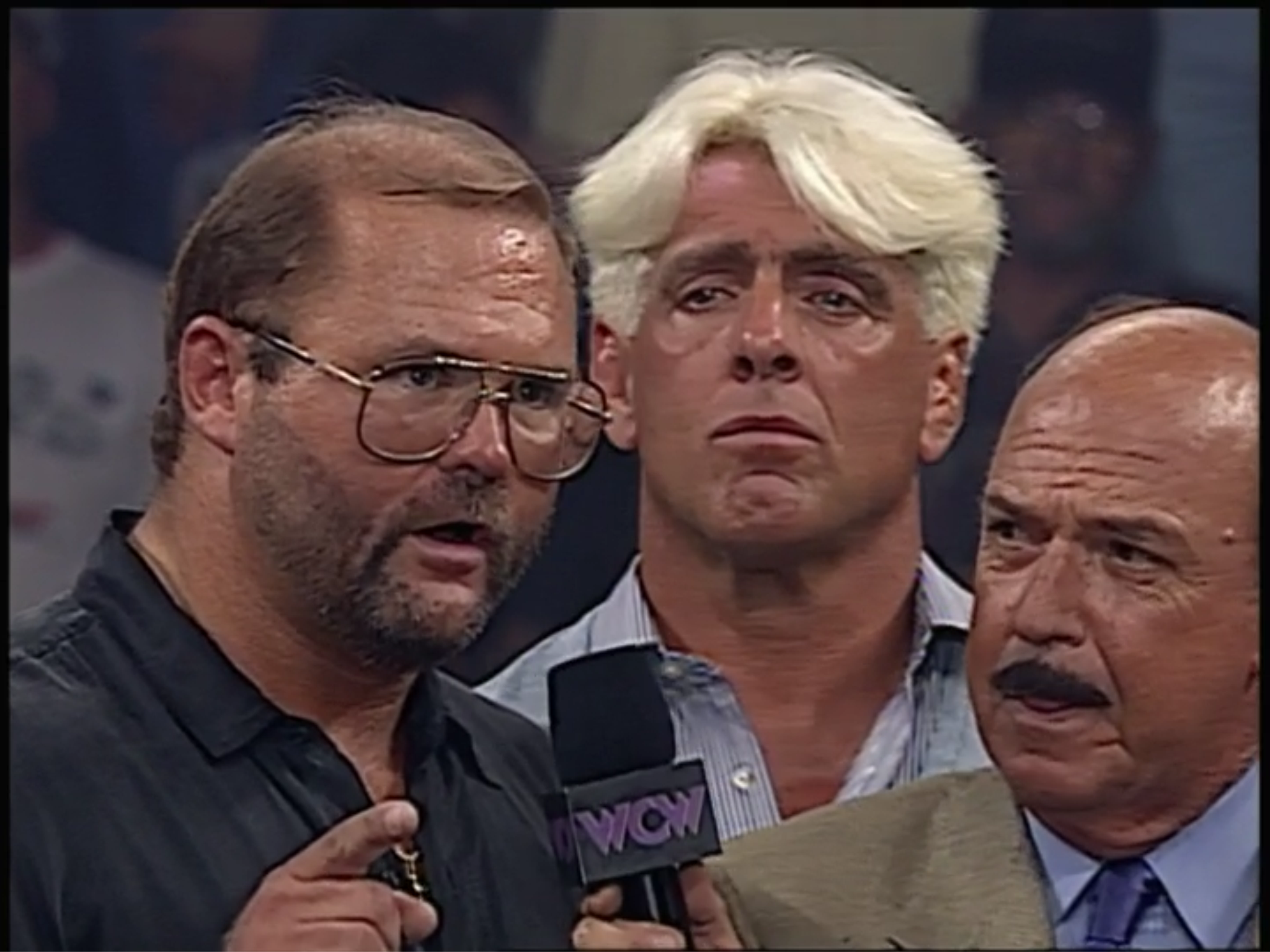 "But being the man that I am, in my last act, formally as a Horseman, I got one last challenge. And that's to you, Curt Hennig...don't misunderstand me, it's not for a fight. You got something special....skills, maturity, commitment to excellence makes you something special.

"...what my challenge is to you, Curt, is stand beside my best friend, Ric Flair, and lead (Benoit and Mongo) back to the glory and prominence the Four Horsemen once had...I'm gonna tell you what your prize is. It's not a spot with the Horsemen because this is worth a lot more than that to me. I'm going to give you the only thing I got left. Not A spot. I'll give you MY spot." 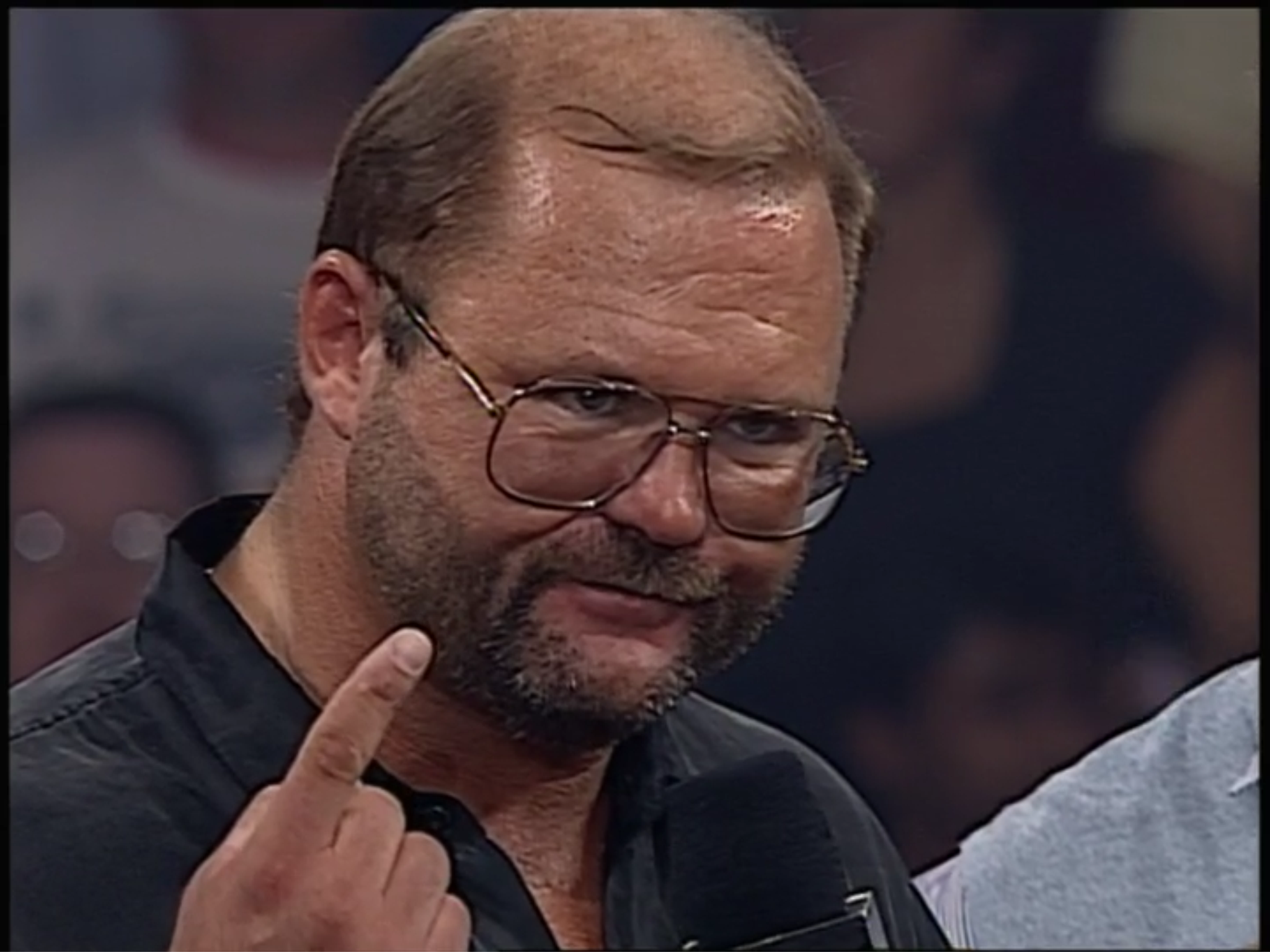 Hennig proudly states "it would be a privilege." Wow! The Four Horsemen shake hands to celebrate the moment. 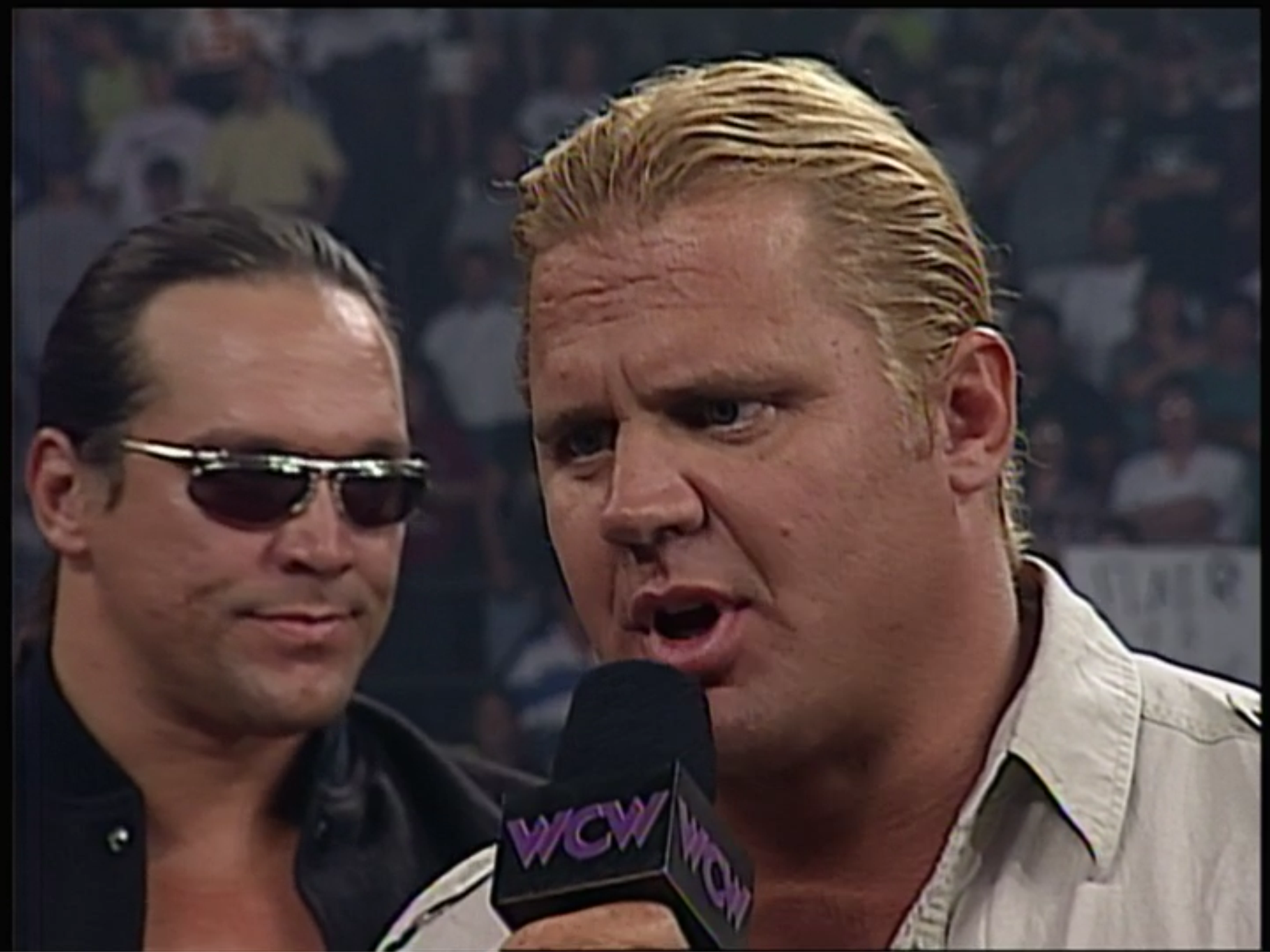 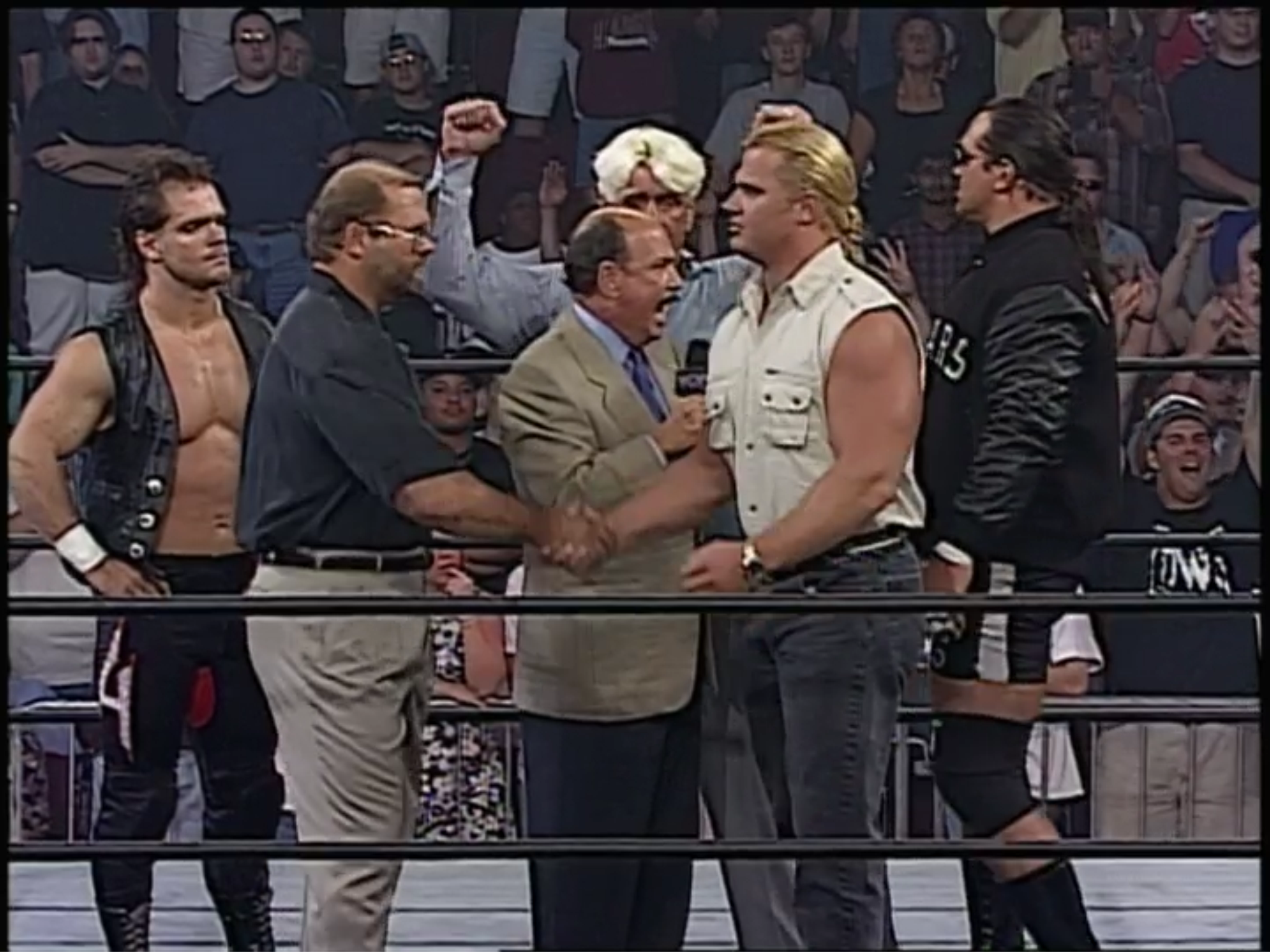 Match 5 for the WCW US title: Steve “Mongo” McMichael (champion) versus Eddie Guerrero

Summary: While Eddie set a good pace, he got some stuff in while making Mongo look good. Unfortunately, there was NO way he was going to win after Arn's motivational retirement speech.

At the entrance, Okerlund interviews Mysterio whose knee is "real bad." Mysterio then mentions that he has an appointment with Dr. James Andrews tomorrow. Suddenly, K-Dogg emerges and threatens Okerlund. He then turns his attention to the hobbled Mysterio, but Giant comes out to stand up for Mysterio. Without hesitation, K-Dogg retreats in a hurry. To close the segment, Giant and Mysterio shake hands and embrace.

Eric Bischoff re-emerges and heads to the broadcast table. After he boots Tenay and Heenan, Bischoff warns Zbyszko about the restraining order. He then provides commentary for the rest of the show.

Summary: Showcase match for Jericho who will face Eddie at Fall Brawl '97. 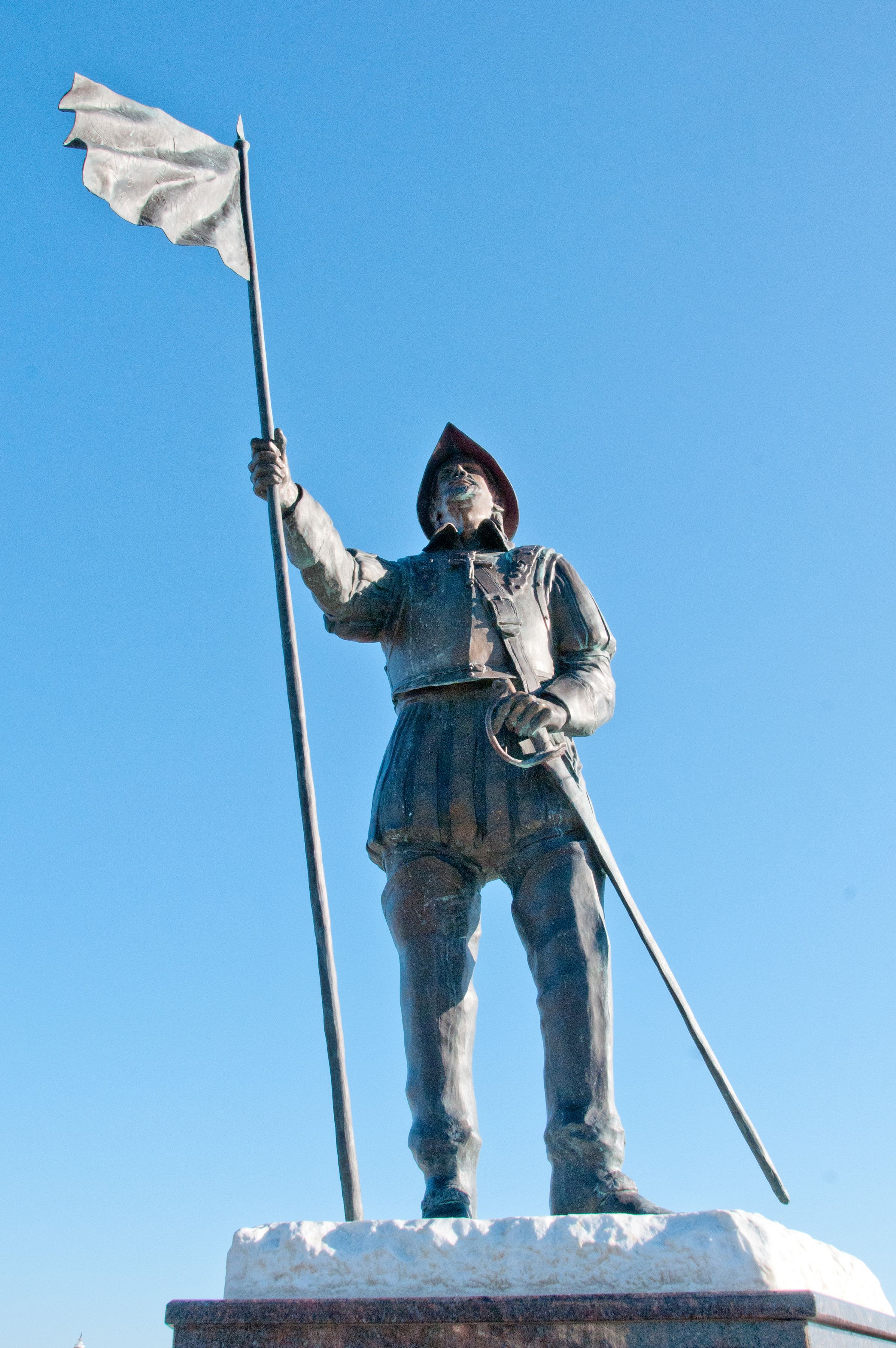 At the entrance, Okerlund interviews Harlem Heat with Jacqueline. Booker T is adamant about the Steiners still being the #1 contenders to the World tag team titles. When Stevie Ray begins to talk, the Steiners and Ted DiBiase emerge to rebut. Rick then puts Harlem Heat in their place while Vicious & Delicious and Vincent join the debate. As Bagwell spouts off, all six wrestlers have a donnybrook.

Summary: While the match was fluid, nothing of note truly happened.

In jeans and WCW Monday Nitro t-shirts worn like bras, the Nitro Girls dance at ringside. 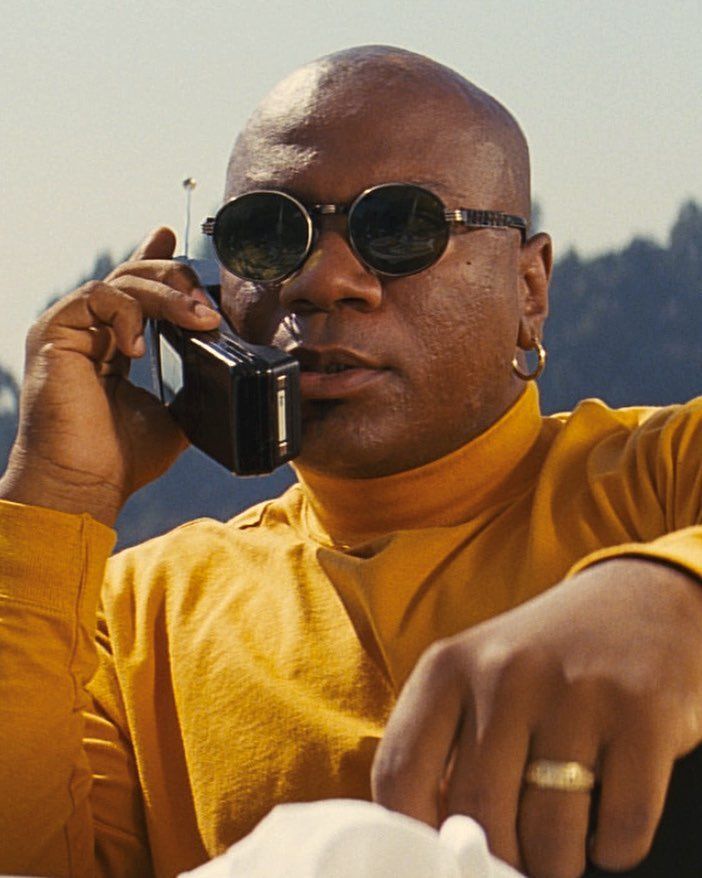 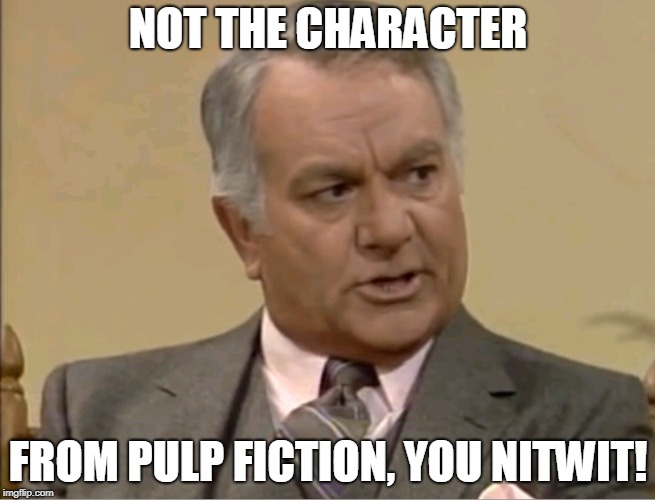 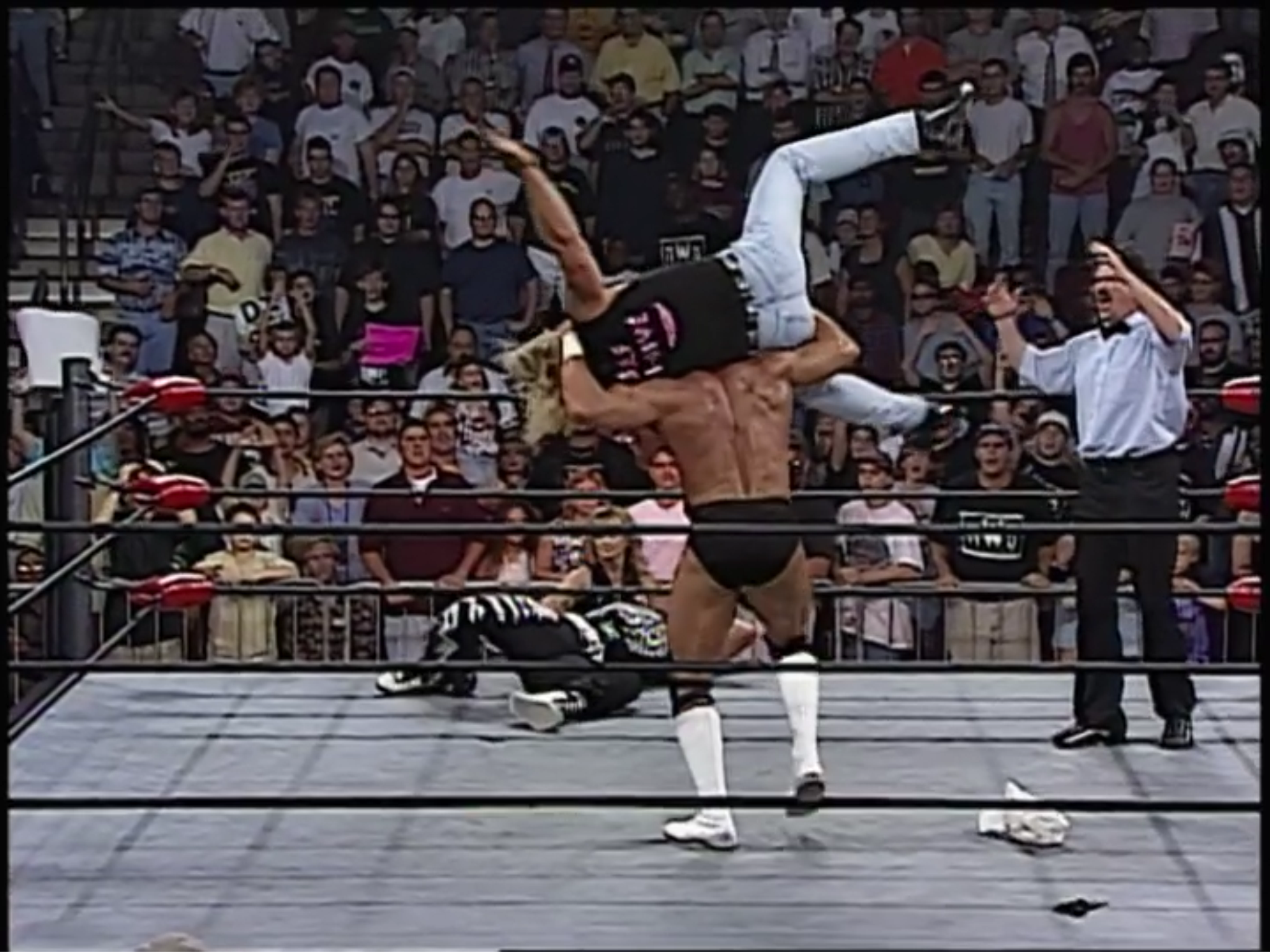 Summary: Savage ensured that Luger was HURTIN' FOR CERTAIN until the superman comeback. Additionally, the controversial ending was a nice finishing touch to the show.

Conclusion: With the Sting/Bischoff segment and Arn's retirement speech, this episode is a no-brainer to recommend to ALL wrestling fans. Next week, Nitro runs unopposed again and is a 3-hour edition; however, I have a strange suspicion about it.