Can Douglas reclaim the World title in front of his hometown fans? Who will win the tables and ladders match? Will RVD or Dreamer win the banner match? Let’s find out!

To open the show, Styles stands in the ring touting the “largest audience in ECW history.”

Summary: Tons of high-flying from all four competitors, and a smart decision (probably by Finnegan) to rescue an apparently-injured Rogers with a tag team stipulation. Everyone but Lynn displayed his finisher, and the Monaca faithful appreciated it.

After the match, Candido held up a fan’s sign instead of helping Storm. 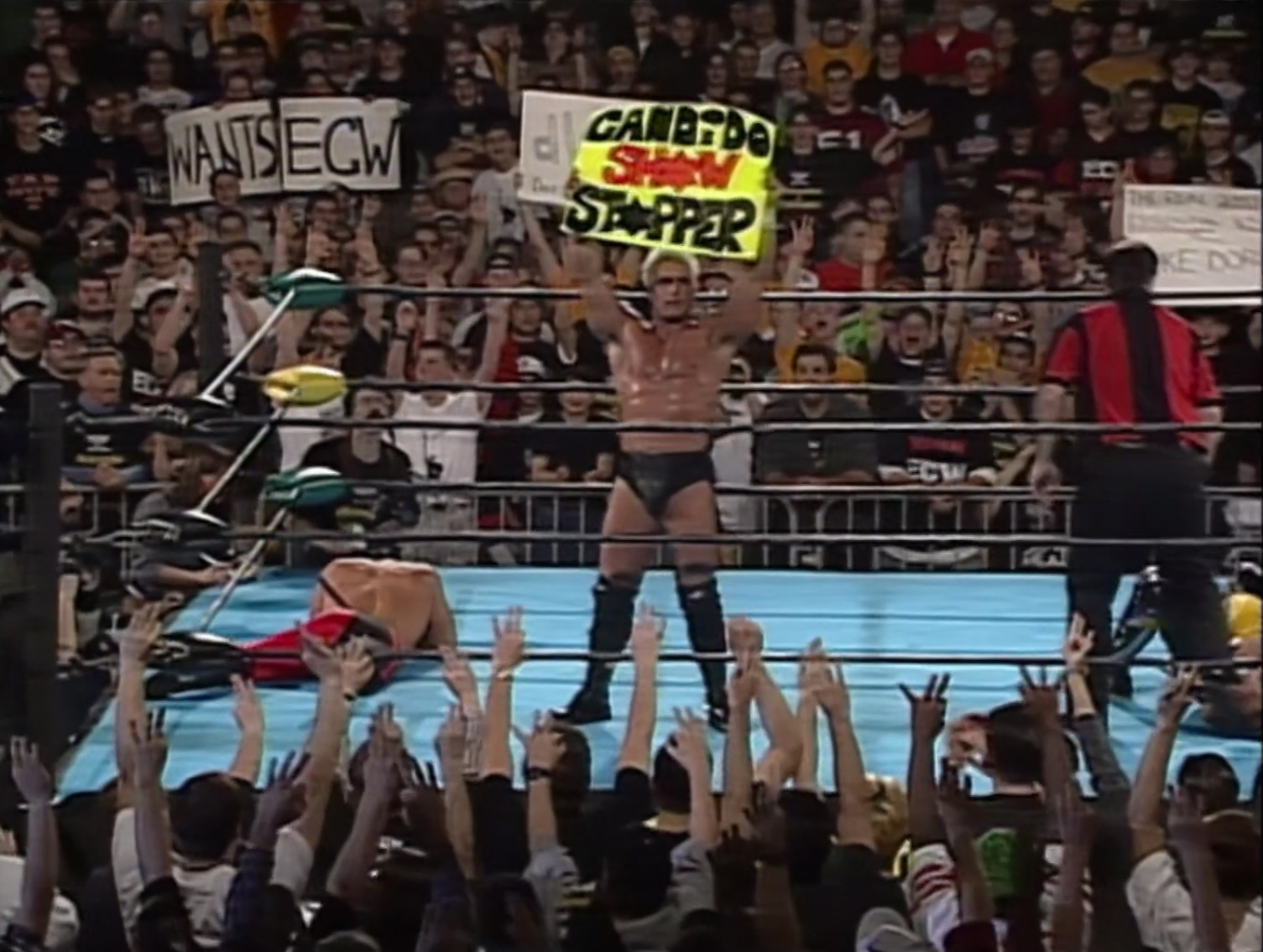 We then revisit ECW history back when Whipwreck upset “Superstar” Steve Austin in 1995. Afterward, we see Credible upset Great Sasuke. 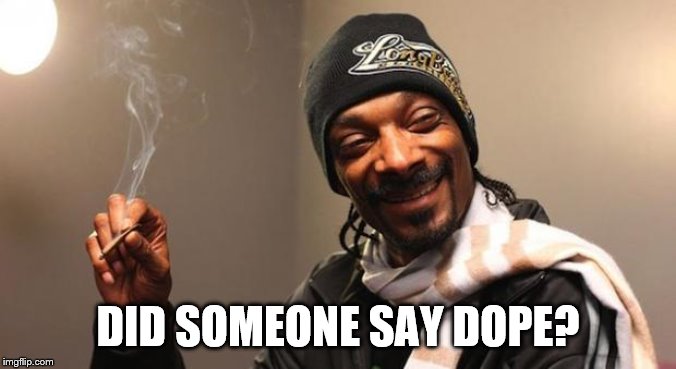 Summary: Had Credible actually been his namesake, this match would receive a better rating. I have to subtract a star due to the apathy of the Monaca faithful.

From the locker room, Al Snow berates Head about blabbing about Snow’s dislocated shoulder. He then mocks Vince McMahon with “the Head screwed the Head.” HA! Following that, he mocks McMahon again with a “one free shot” comment. He then loses his marbles while banging lockers.

We then skip over the preview for the tables and ladders match probably for music copyright purposes.

After the match, Pitbull #1, in street clothes, enters the ring but earns a pumphandle slam from Taz. With the Monaca faithful behind him, Taz grabs the microphone and disses Mr. (Lance) Wright. Upon seeing Brakkus, Taz makes a wry comment about steroids. Brakkus gets up on the apron, but a security officer gets between them. When Taz admonishes him, he slaps the security officer. In the meantime, Uncle Paulie complains about another impending lawsuit. HA! Taz then takes down the guy and cross-faces him. Before Taz can secure a katahajime on him, Uncle Paullie screams to cut to something else.

We then see Bigelow fling Spike Dudley into the fifteenth row of the ECW Arena. If you’re not familiar with this footage, the Philly faithful then crowd-surfs Spike in a neat visual. Next, we witness Bigelow achieving his dream by defeating Douglas for the World title.

Summary: Typical ECW garbage match with a twisted ending that nobody predicted. Some would even say wanted. Methinks this was Uncle Paulie’s version of a screwjob.

Earlier tonight, Dreamer and Beulah arrive at the building, and Dreamer announces his shoulder and heel are injured and “(he) shouldn’t be here.” He then cuts a promo on RVD. Following that, a knockoff of Alice in Chains’ “Man in the Box” plays over footage involving Dreamer and RVD. 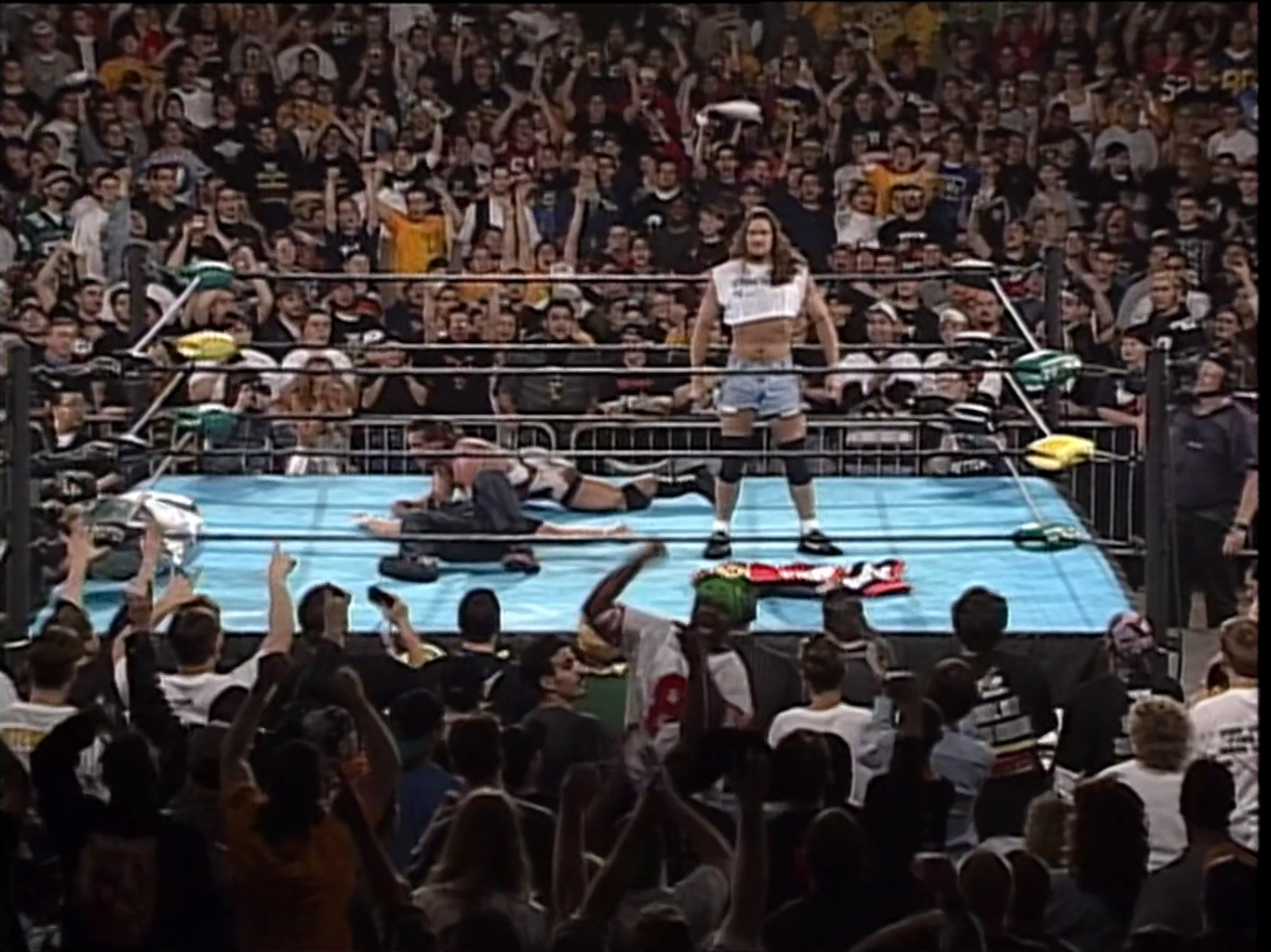 Summary: Call it passion. Call it guts. Or simply call it nuts. Give Dreamer props for working injured, and his style allows him to work as such. The overbooking helped with the smoke and mirrors, and Richards’ return should help ECW tremendously.

After the match, Fonzie tosses the ECW banner down to the concrete floor and displays the WWF banner which is blurred. FIX THE TAPE! The lawsuit’s settled already! Richards, Furnas, and LaFon set up a table in the ring and place Dreamer atop it. To add insult to injury, Fonzie drapes the WWF banner over Dreamer while Sabu hits the ring. Sabu then mounts the top turnbuckle as Beulah pleads for Dreamer’s rubber paycheck. 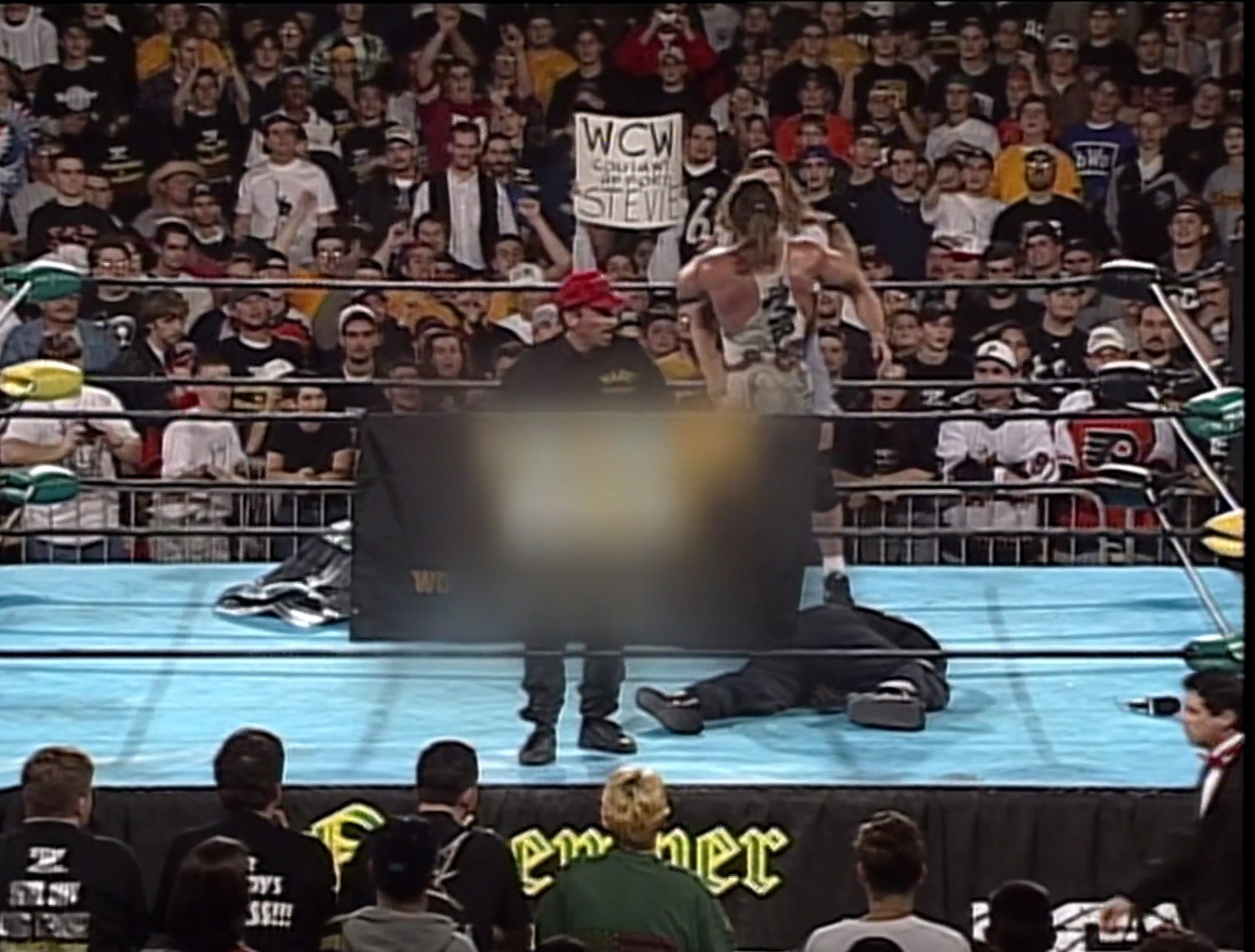 Instead of hitting Dreamer, Sabu DESTROYS Beulah! Holy shit! Like a true gentleman and hero, Dreamer covers her for protection while taking shots left and right from the heels. Sandman’s (faux) music starts, and we’re ready for the next match. 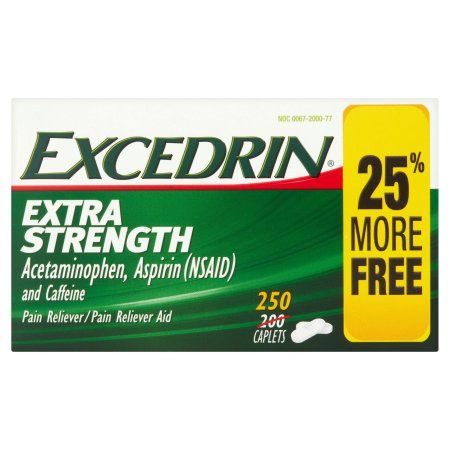 Summary: First of all, this isn’t wrestling. It’s stunts and/or spots performed in the spirit of “Can you top this?” Second, the spots had no cohesion, and the selling wasn’t very strong. I wouldn’t be shocked if both men walked away with concussions, bruises, and separations. What’s that, Nature Boy? 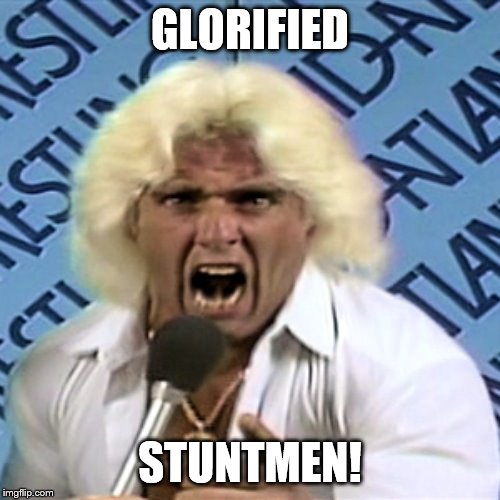 While Styles plugs the ECW catalog, Taz interrupts him to cut a promo on Bigelow challenging him for the next PPV—Living Dangerously—on 3/1/1998. 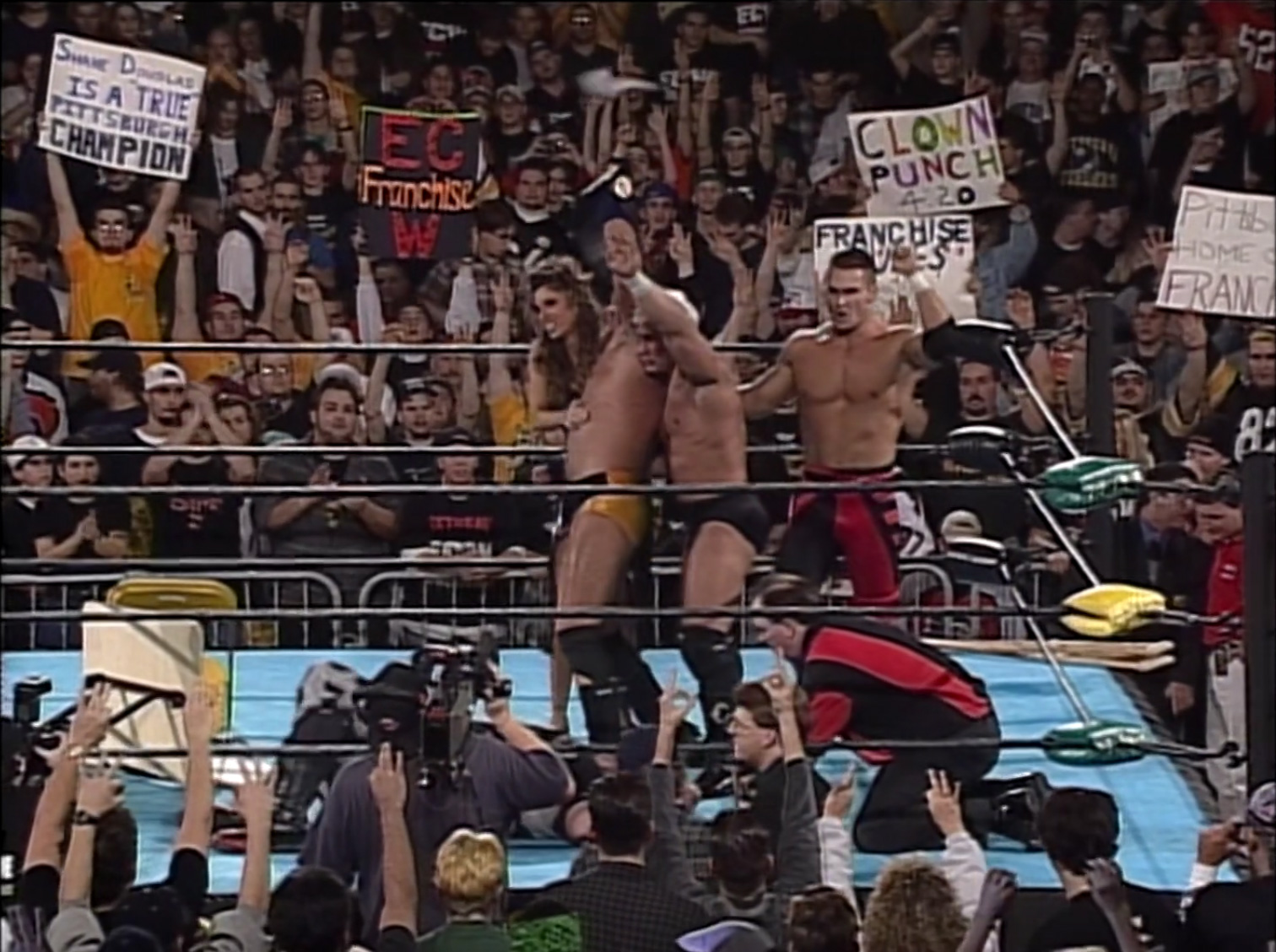 Summary: Historical match with Douglas winning the ECW World title for a third time. If they were trying to replicate Flair-Vader from Starrcade ‘93, they failed miserably. However, it was a decent big man versus little man matchup as well as a hometown victory for the “Franchise.”

After the match, Storm and Candido head to the ring to celebrate with the leader of the Triple Threat. 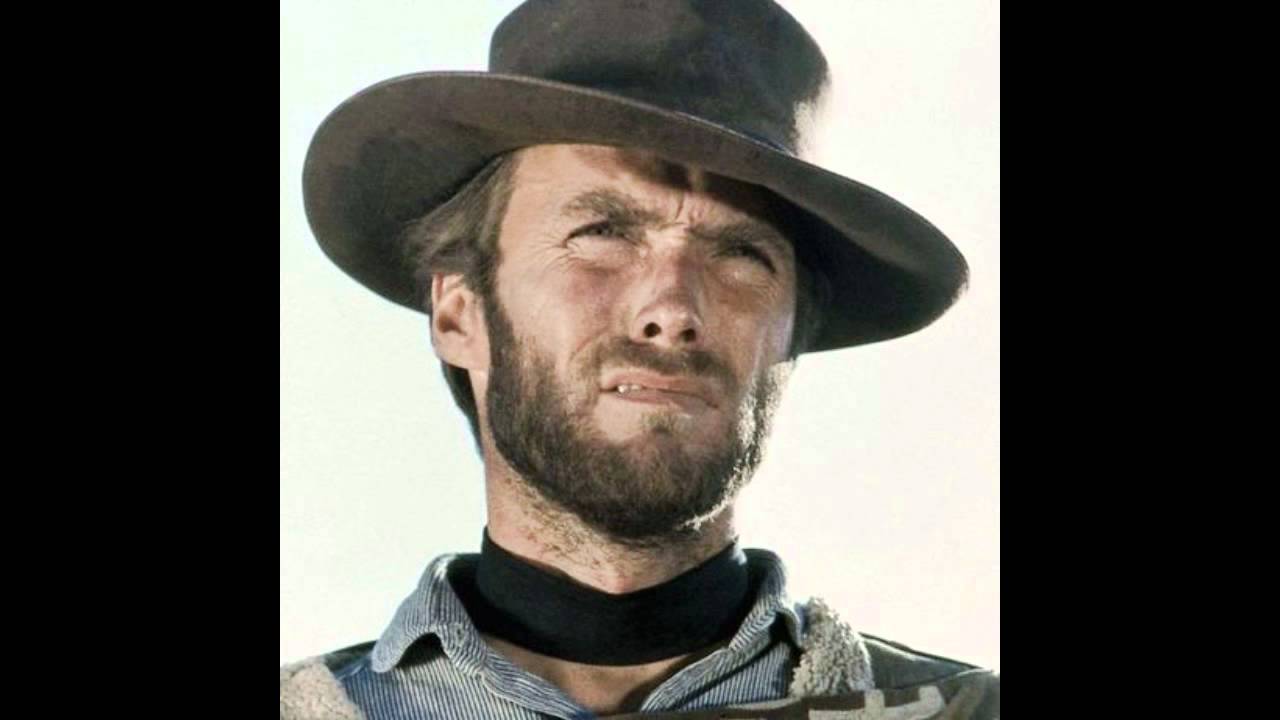 The Good: The opener. Even if you’re not a die-hard ECW fan, this match will entertain you.

The Ugly: Sabu and Sandman trying everything possible to kill one another yet still not be entertaining.

Unless you’re just curious or are a true Douglas fan, this PPV pales in comparison to Barely Legal and should be skimmed at best.