Can Luger defeat Hogan for the WCW World title? Will Sting be here? If so, in what capacity? What big surprise do the Steiners have for us? Let's find out!

To open the show, Michael Buffer gets the Auburn Hills faithful ready to rumble.

Nitro girls dance in white bikini tops and red pants. Who else wants a candy cane?

Eric Bischoff and Hogan emerge through the entrance. I realize WCW paid the Hendrix family for permission to use "Voodoo Chile," but another check from WWE in that direction couldn't hurt, right? Regardless, they run down Luger as well as WCW's scheduling of a World title match TONIGHT.

Question for the masses: when Hogan asks for the music to be turned off, was he asking Jimmy Hart or was he delusional thinking that Jimi would stop playing guitar instantaneously? Hogan then mentions that Scott Hall will get his title shot at the PPV upon his victory.

Summary: Showcase match for Hennig who will face DDP at the PPV.

Summary: Showcase match for Malenko and Jarrett who will face Mongo and Benoit at the PPV.

At ringside, "Mean" Gene Okerlund attempts to interview Raven. Stevie Richards interrupts to present a new contract for Raven. Upon perusing the contract, Raven spits in Richards' face. Ew. When Richards informs him that Raven won't "abuse" him anymore, Raven walks away with a wry smile on his face.

Send your Nitro party videos to:

After the match, Savage and Elizabeth emerge through the entrance. He then tells Giant to "stay in control." On the other hand, a focused Giant saunters after Savage.

On WCW Saturday Night, the pre-game show for Road Wild '97 gets you warmed up for HOT wrestling action. Feel the heat! 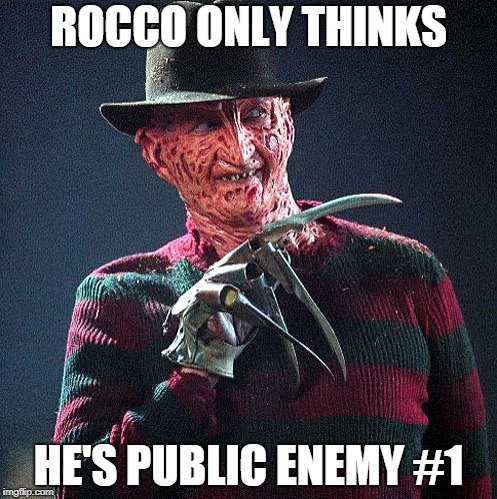 Summary: This was NOT prime-time wrestling material as High Voltage looked lost without Public Enemy leading them through the match.

After the match, Rage sends Grunge into a piece of table held by Kaos. To complete Public Enemy's destruction, Kaos WALLOPS Grunge in the back with the broken table piece.

Wearing Nitro t-shirts, the Nitro Girls perform while Wright joins the troupe albeit not by choice.

At the entrance, Okerlund interviews a disgruntled Wright and name-drops Deney Terrio from Dance Fever. Wright then cuts a promo on Jericho and invokes some German patriotism.

At the entrance, Okerlund interviews Luger who claims the main event is a "defining moment" for both WCW and himself.

Summary: Decent match until Jarrett's interference. I'd love to see a rematch down the line.

After the match, Jarrett mauls Benoit until Mongo hits the ring. Mongo then brawls with Jarrett, and Malenko joins the fray. A four-way melee breaks out, and Mongo gives Jarrett a Bossman slam. Speaking of whom, where is Bubba?

After the match, Harlem Heat pummel Vincent and toss him down to the floor.

At the entrance, Okerlund interviews DDP who will face Flair later. He's ready for both Flair and Hennig.

After the match, Meng comes to the ring to protect Barbarian from any chicanery. While Wrath and Meng stare each other down, I smell an upcoming match.

In the ring, Okerlund interviews the Steiners. As they emerge through the entrance, the Steiners are joined by Ted DiBiase. Wow! WE HAVE A FACE TURN! DiBiase then wants to "tear down what he helped to build" by taking the World tag team titles. He ALMOST called them the WWF tag titles but caught himself.

Abruptly, the Outsiders emerge through the entrance, and Nash calls DiBiase a "dead man." DiBiase then promises to share information about them with the Steiners while Nash belittles the Steiners' intellect. In case you're curious, DiBiase wrote a book, and a "heel" character never sells books well.

Lee Marshall then delivers the 1-800-COLLECT road report from “Denver, CO." Methinks Lee asked members of the Denver faithful about "Nuggets," and they told them they were none of his business.

After the match, Rey Mysterio, Jr. comes to the ring on crutches. When K-Dogg kicks one of his crutches away, Mysterio stands on both legs and WALLOPS him with the other crutch. Clever! 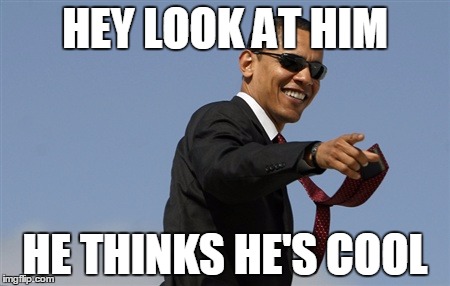 Bischoff re-emerges and heads to the ring. While he LOVES the Auburn Hills faithful, Bischoff calls out J. J. Dillon. He then informs Dillon that if Giant lays another finger on him, then he'll sue him for everything in perpetuity. With respect to Zbyszko, Bischoff promises to kick him between the eyes. Dillon then leaves with a sheepish grin on his face.

Nitro Girls dance at the broadcast table while the announcers drool. Can someone please put Schiavone's wife to bed? 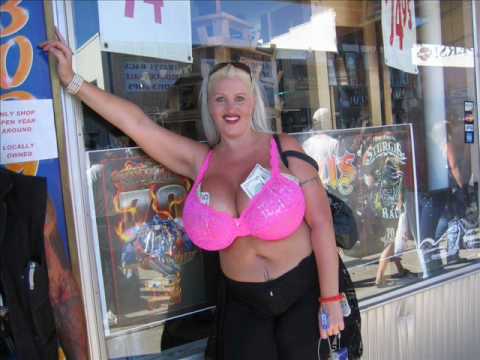 Summary: Good but not great match as Hennig's influence predicted the finish.

After the match, DDP gets ahold of the brass knux but tosses them to Curtis. He then takes on Hennig and Flair by himself. As the heels miss a double clothesline, DDP doesn't.

In the ring, Okerlund interviews Dillon who has a valid contract for Sting. Like a flash, Sting repels from the ceiling. Dillon then informs Sting that his next opponent will be...Curt Hennig. With zero expression on his face, Sting tears up the contract and leaves. A dejected Dillon subsequently promises to continue negotiations. 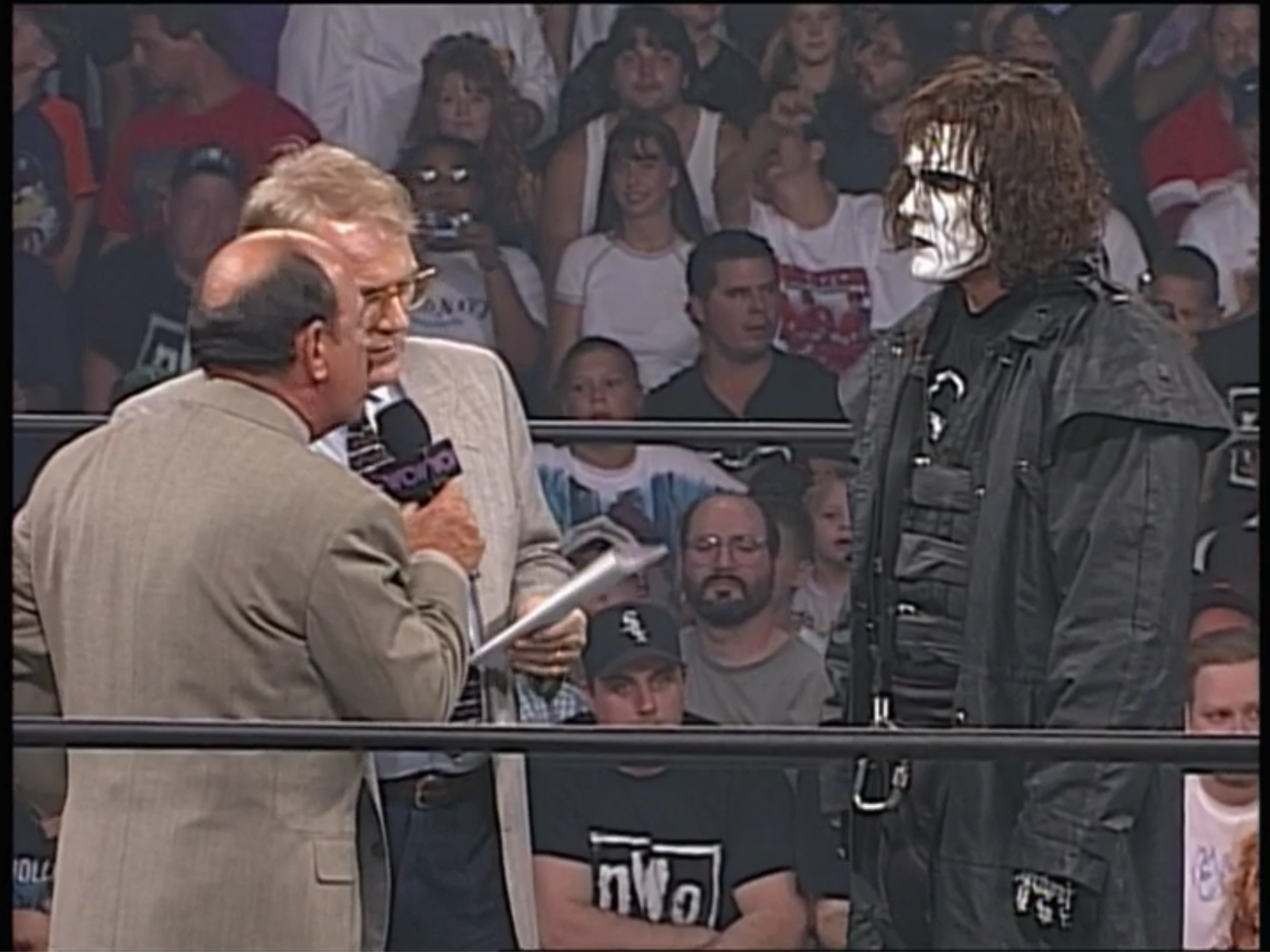 Nitro Girls dance in the aisle in ripped jeans shorts and Nitro t-shirts. 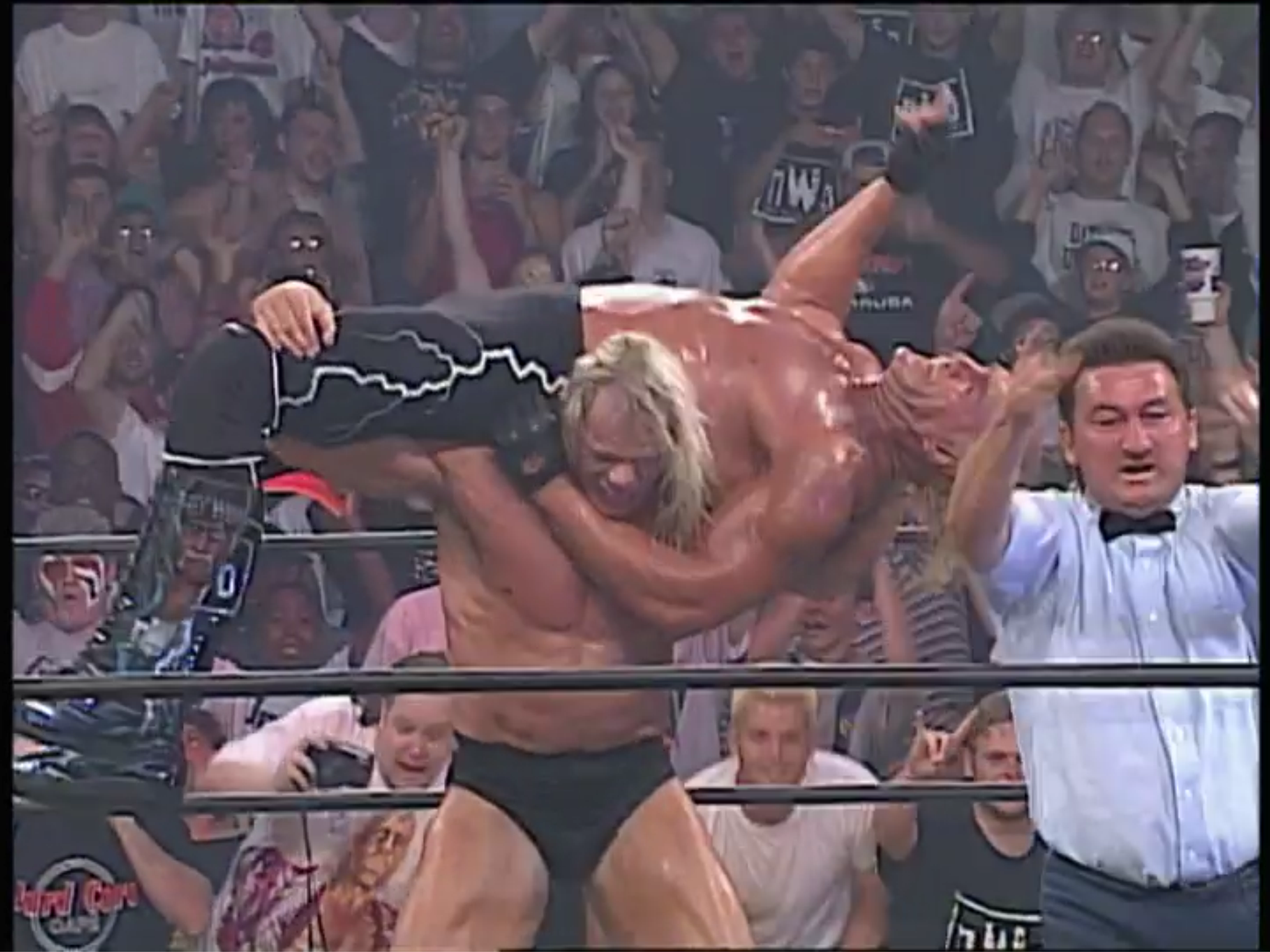 Summary: incredibly historical match as Luger became a two-time WCW World champion. Interestingly, while the nWo members ran in, none of them successfully hit Luger to cause a DQ.

After the match, Giant, DDP, the Steiners, DiBiase, Glacier, Miller, Mysterio, Barbarian, Malenko, Wright, High Voltage, Chavo, and some WCW referees mob the ring in celebration for not only Luger but also WCW. 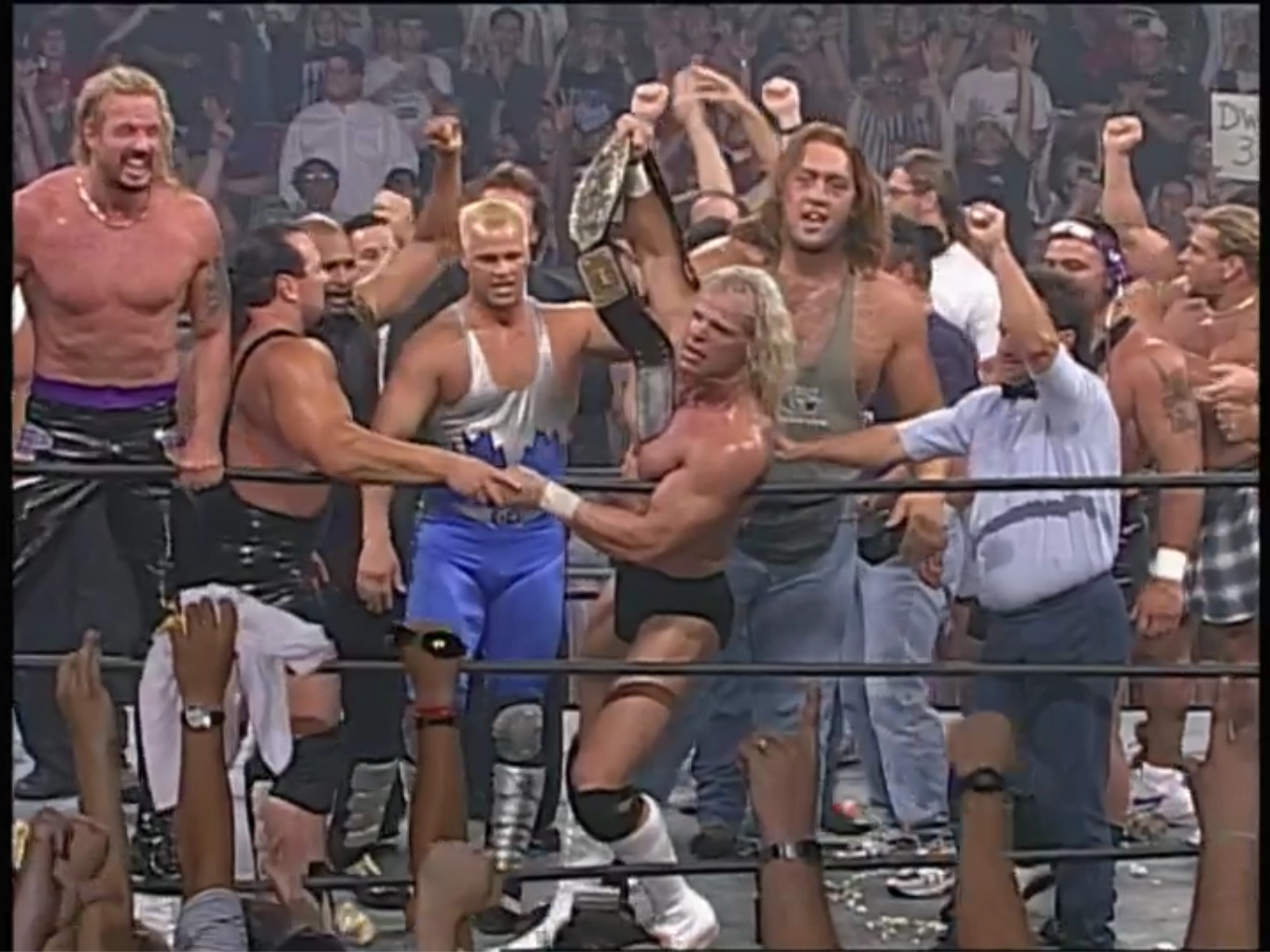 Back in the WCW locker room, the champagne is flowing as Giant pours turpentine on the belt to remove the spray paint.

Meanwhile, in the nWo locker room, Hogan is apoplectic and turns over a folding table. He then apologizes to the Outsiders while Savage calls it a "fluke." After another table gets turned over, Hogan frustratingly shoos the cameraman away.

Conclusion: If you want to know why I watch and enjoy WCW, watch episodes like this one. With the historical Luger victory in the World title match, the Sting contract negotiation, DiBiase's face turn, and the excellent job of a go-home show for Road Wild '97, this show gets my highest recommendation. What’s on RAW is WAR?