While the WWF spends television day two in Canada, what does that mean for Bret and Austin? Read on!

In the ring, Vince interviews Bret "Hitman" Hart who emerges through the entrance while wearing an Edmonton Oilers jersey. Vince then mentions Bret's challenge for the WWF title against Undertaker at Summerslam '97. While Bret tells the Edmonton faithful "thank you for letting me still be your hero," he voices his pride as a Canadian and name-drops Donovan Bailey, gold medal Olympian. 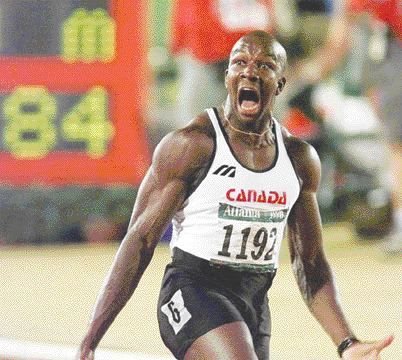 When Bret mentions his title shot at the PPV, he "won't let (his) Canadian fans down and will be the (WWF) champion for a fifth time." He then promises that if he loses, he "will never, ever, wrestle on American soil again."

Next, he introduces Owen to a big ovation. Owen also wears an Oilers jersey. Afterward, Bret introduces Smith who, according to Ross, will face Shamrock at the PPV. Bret then has the Canadian national anthem played until Austin ambushes them from behind with a steel chair. SNEAKY!

During the commercial break, Bret riles up the Edmonton faithful with more Canadian patriotism aimed in Austin's direction.

Prior to the opening match, Sasuke cut a pre-recorded promo in Japanese. Talk about not recognizing your audience. Sheesh!

Summary: Another innovative match between them. Believe it or not, this was Sasuke's last WWF match because his big mouth got him in trouble.

Prior to the next match, we revisit the dissolution of the first iteration of the NoD. We then revisit Shotgun Saturday Night when the DoA and Boricuas brawled with one another.

Summary: Nothing to see here. Move along.

After the match, Skull and 8-Ball guillotine and injure Jesus on a motorcycle. OUCH! While officials separate the factions, the Edmonton faithful chants "D-O-A."

Backstage, Bearer's not going to apologize yet describes Kane as "disfigured." He then reiterates his claim that Undertaker is a "murderer."

Here is the bracket for the WWF tag team tournament: 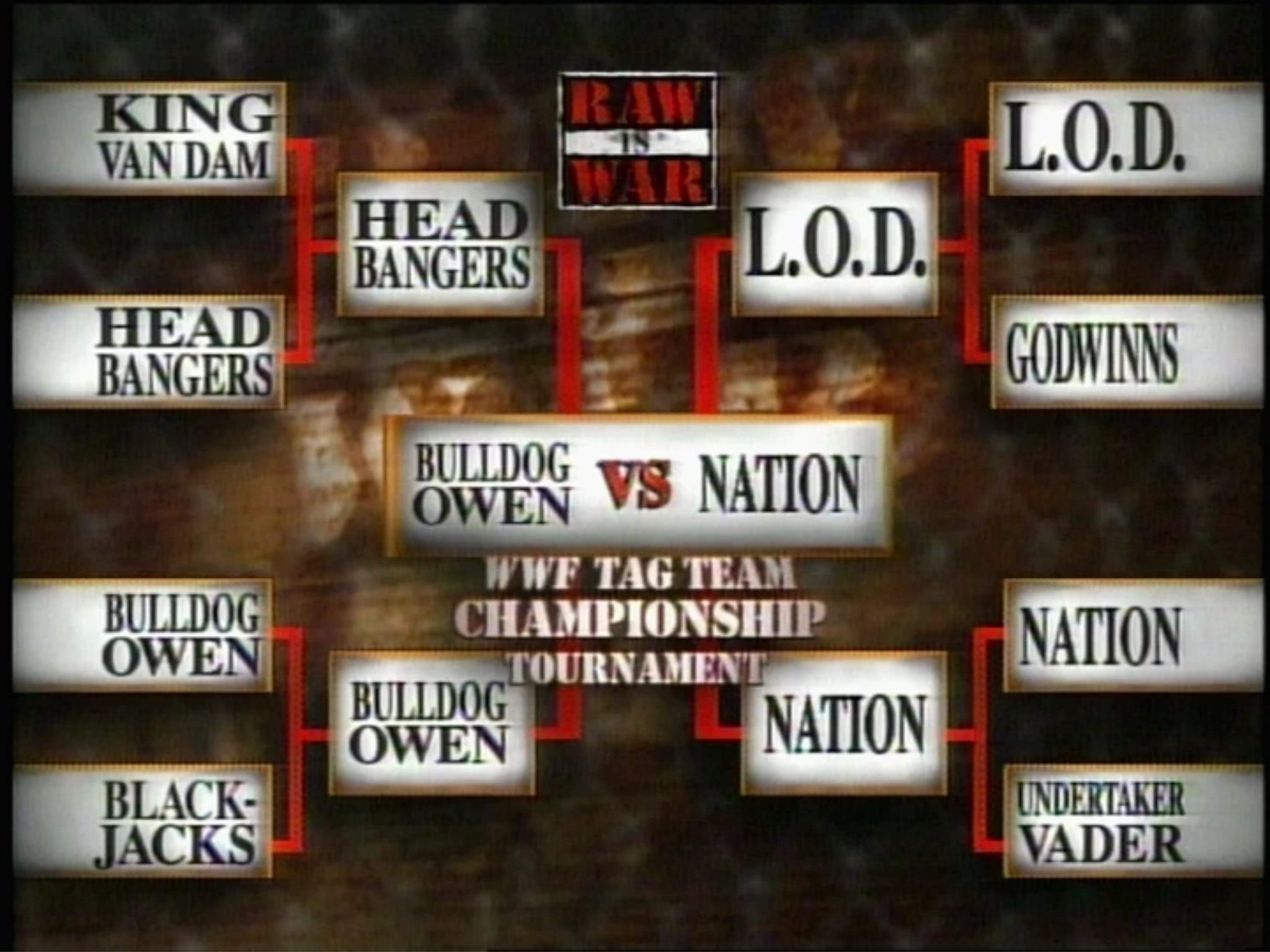 Prior to the next match, Austin doesn't care who his partner is next week against the winner of the next match. Vince then cuts him off after Austin gets angry. Is there tension between Austin and McMahon? 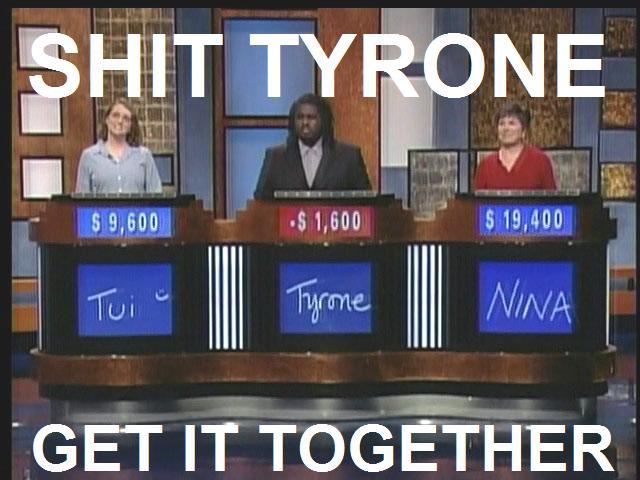 Summary: Bad finish to a decent match where the Edmonton faithful truly was behind the Hart Foundation.

After the match, Mankind comes to the ring wearing an Austin 3:16 shirt and taunts the Hart Foundation.

Backstage, we return to Austin who cuts a promo on Helmsley and Chyna.

Prior to the next match, we see stills of the Helmsley-Mankind battle at last night's PPV.

Summary: Write this one down, as this match-up has legs going forward.

After the match, Vince announces that Michaels will return to RAW is WAR next week. Austin then grabs the microphone and addresses Mankind (a.k.a. "long-haired freak" per Austin). As he offers Mankind a tag team partnership for next week, Mankind doesn't want to shake hands. Instead, he wants a hug. Aw. Austin then gives Mankind the Stone Cold Stunner, grabs the microphone, and informs him "D.T.A., you stupid piece of trash...you ain't gonna be my partner, 'cuz you're a long-haired freak and you suck." Outstanding character work by Austin here.

While Austin leaves, Mankind grabs the microphone asking for respect and friendship. He then threatens him with "drastic measures" next week. Upon making this threat, he claims "the (WWF) will never be the same." You gotta love this dude.

Prior to the next match, we revisit last week's episode when Lawler helped his son defeat Scott Putski. When Vince asks Lawler about a tag match against the Putskis next week, Lawler accepts the challenge.

After the match, Lawler joins Christopher in the ring and nails Shelley. They then give Shelley a spike piledriver. When Lawler grabs the microphone, he insults the Edmonton faithful while Christopher challenges any and all Canadians.

Austin returns to the ring to be interviewed by Vince. As we revisit the aftermath of the main event from last night's PPV, Austin doesn't care who his partner is next week. He then insults WWF President Gorilla Monsoon. When Vince asks him about meeting Owen for the Intercontinental title at Summerslam '97, Austin ups the ante on Bret's stipulation by stating that if he can't kick Owen's ass, he'll kiss it.

Prior to the main event, we briefly revisit the Hart family reunion in the ring from last night's PPV.

Summary: Despite the overbooking, this was a decent hometown victory for Bret.

After the match, the Hart Foundation joins Bret to celebrate said victory.

Conclusion: The table is somewhat set for Summerslam '97 which contains both a World title and an Intercontinental title match. Also, Bret and Austin have additional stipulations should they lose.

As far as the show goes, quite a bit was promoted for next week's show. First, Lawler and Christopher will tangle with Ivan & Scott Putski. Second, Shawn Michaels returns to RAW is WAR for the first time since King of the Ring '97. Third, Owen and Smith will face Austin and a mystery partner.

Who won? Nitro won by a margin of 3.4 to 2.5. While next week's Nitro will have the fallout from the PPV, next week's RAW is WAR has a lot to offer. I can't wait to see what happens. Can you?

Stay tuned for WCW Bash at the Beach ‘97!