Wait a minute! The WWF held a PPV fifty miles from Boston last night. What does WCW do? Hold Nitro in Beantown, baby! Fire up the beans and franks! 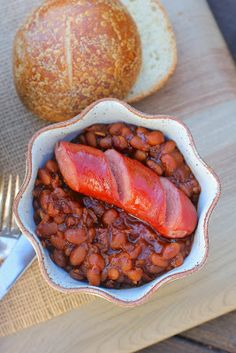 A black limousine arrives backstage, but DDP intercepts it when Savage attempts to disembark. He then KICKS IN THE WINDOW! That'll cost 'im! As he opens the door to get to Savage, Elizabeth SQUISHES him between the door and the limousine. OUCH! The limousine then hightails the scene. 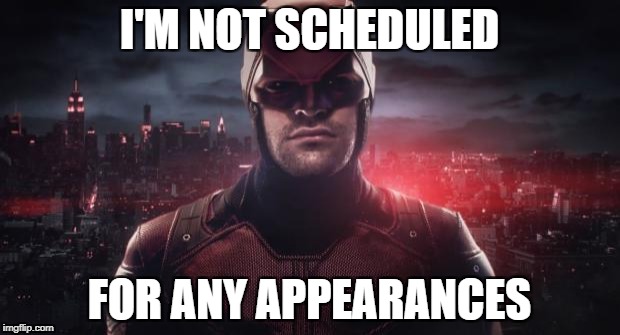 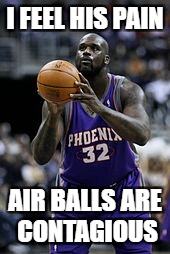 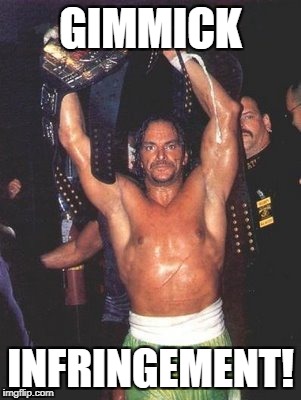 Summary: Although a bit sloppy at times, this match built to a great finish and thrilled the Boston faithful.

TV Rating: 2.4 (according to Meltzer)

After the match, La Parka enters the ring and throws the chair at Calo. He then dropkicks the chair into Calo's face before HAMMERING him with it.

At the entrance, "Mean" Gene Okerlund interviews Luger. He reminds us that Hogan and Dennis Rodman have signed for a tag match in the main event of Bash at the Beach on 7/13. To fulfill the components of the match, Luger and Giant will face them. According to Luger, Hogan hasn't defended the WCW World title since February. The WCW Executive Committee then pits Hogan versus Luger TONIGHT.

Earlier today, Tenay interviews Flair and Piper who emerge from a white limousine. They then cut a promo on the Outsiders and Syxx while Piper denies dissension.

Summary: Nifty little match of midcarders. If the Bostonians had watched more WCWSN, then they would have appreciated this match more.

Speaking of WCW Saturday Night, another return title match occurs, but I won't spoil the details.

After the match, Hokuto gives Hosaka another Northern Lights bomb, and Madusa storms the ring to rescue Hosaka. Madusa then gives Hokuto three German suplexes with a bridge.

At the entrance, Okerlund interviews the Steiners.Suddenly, Harlem Heat and Sister Sherri interrupt them. Words are barely exchanged when they begin to brawl. Scott then makes Stevie Ray taste the steel railing. It must have tasted like the Mexican meatball at Parish Café.

Hogan and Bischoff come to the ring as Hogan runs down Luger. He then poses for his nWo-ites. When Luger comes out, Hogan tries to intimidate him. Luger then pie-faces Bischoff, and the match is on.

Summary: While this was a ratings ploy, the Boston faithful ate it up with a spoon. Meanwhile, Luger may have Hogan's number.

After the match, the nWo re-enters the ring to ambush Luger.

As the fireworks explode, Hogan gives Luger a series of leg drops as the Boston faithful LOUDLY chants "We Want Sting." Bischoff and Hogan lounge on the mat and cut a promo about Rodman. To close out the segment, Hogan poses again.

After a commercial break, Okerlund interviews WCW Executive Committee chairman JJ Dillon. To punish Savage for his actions from last week, Dillon sanctions him a fine of $50,000. Since Savage is scheduled to face DDP at the Great American Bash, Dillon refuses to suspend him. Instead, he changes the stipulations of that match to "lights out" (non-sanctioned), no-DQ, no countout, and falls count anywhere. What? No kitchen sink?

Suddenly, Savage along with Elizabeth emerge among the Boston faithful and don't mind spending $100,000 to punk Dillon. DDP and Kimberly join Dillon in the ring to protect him, and DDP wants Savage to "snap into this." An infuriated Savage shreds his path through the Boston faithful, and a brawl erupts. Hopelessly, WCW Security tries to pull them apart as the segment ends.

Lee Marshall then delivers the 1-800-COLLECT road report from “Chicago, IL." Methinks Marshall would go to Navy Pier to either find an Old Navy store or enlist. 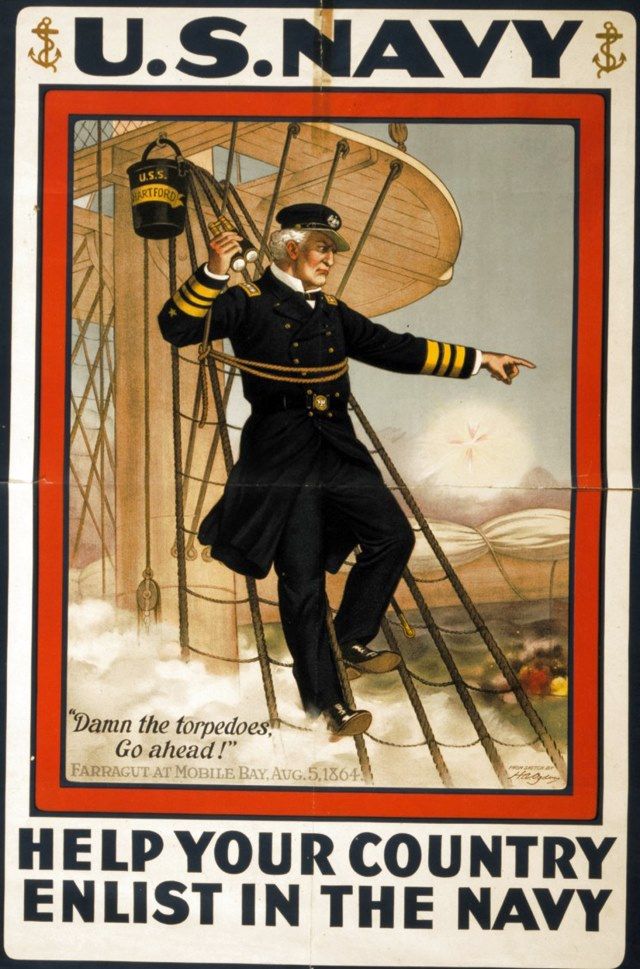 Summary: The dramatic return of Eddie Guerrero cost Malenko the US title.

At the entrance, Okerlund interviews Jimmy Hart with the Faces of Fear. Hart then introduces the "third and final step" for Benoit. As Kevin Sullivan and Jacqueline emerge, Sullivan gets a cordial hometown response and calls Benoit out. As you would expect, Benoit answers, and a melee erupts. After Meng removes Jacqueline from the scene, he applies the Tongan death grip on Benoit. Sullivan calls him off, and the Dungeon of Doom gang up on Benoit.

After the match, while the Outsiders and Syxx destroy Flair and Piper, another unintelligent fan reveals a "RAW is WAR" banner. I'm sorry you didn't think you got your money's worth at a WCW show, but if you like the competition so much, STAY HOME or go to Hartford. Better yet, va fa Napoli!

Nevertheless, the Horsemen hit the ring to rescue Flair and Piper. A minute later, other members of the nWo also enter the ring. Kevin Greene joins the fray, fights off both Nash and Norton, but then goes after Mongo. As Booker T comes out, Scott Steiner hammers him from behind. He then makes Booker T eat the steel railing. It must have tasted like the Fenway Special at the Bull and Finch Pub.

Next, Wrath and Mortis double-team Glacier in the aisle, but Glacier reverses an Irish whip sending Mortis back-first into the steel railing. Chaos continues as the Boston faithful chants "We Want Sting" again. Glacier then makes Mortis taste the steel railing. Waiter, could you give the wrestler with the green mask a Burger Meister? 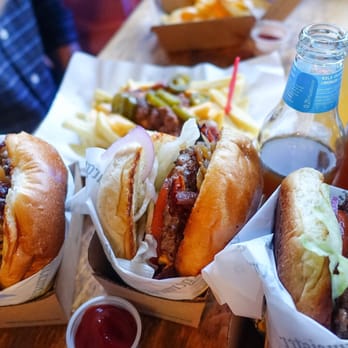 The pier-sixer continues while Flair prepares Hall and Bagwell for the Boston Choir Ensemble. When the DoD hits the ring to get Benoit, the chant for Sting grows louder. Sullivan then rams Benoit face-first into the steps. After Savage enters the ring, DDP follows closely behind. DDP then pancakes Savage, but Hogan WAFFLES him with the World title belt.

Holy flying superheroes, Batman! Sting repels from the ceiling to the arena floor. With the nWo in the ring, Sting wields his belt with DDP laid out at his feet. While the Boston faithful chants his name, Sting WHACKS Nash and Norton with the bat. He then hooks DDP into the harness and hits Bagwell with the bat simultaneously. To close out the show, Sting and DDP repel back to the ceiling. Amazing!

Conclusion: MOLTEN hot episode with a title change, a HUGE hot crowd, and a riot to end the program. The only downside to it was the length of the riot prior to Sting's arrival. More on that in a bit.

In addition to the title change, the two opening matches along with the Hogan loss to Luger were extremely entertaining. I fully endorse this episode, but there's more to this story.

**BREAKING NEWS** According to Meltzer, after the show went off the air, Nash tried to get to Piper backstage about not cooperating or following what was pre-planned. He pie-faced Piper who retaliated against Nash's bad knee. Flair and Craig Malley (Piper's bodyguard) and Flair broke it up. Apparently, Piper also called for the finish too quickly elongating the brawl. I wonder how their match at the PPV will fare. What’s on RAW is WAR?